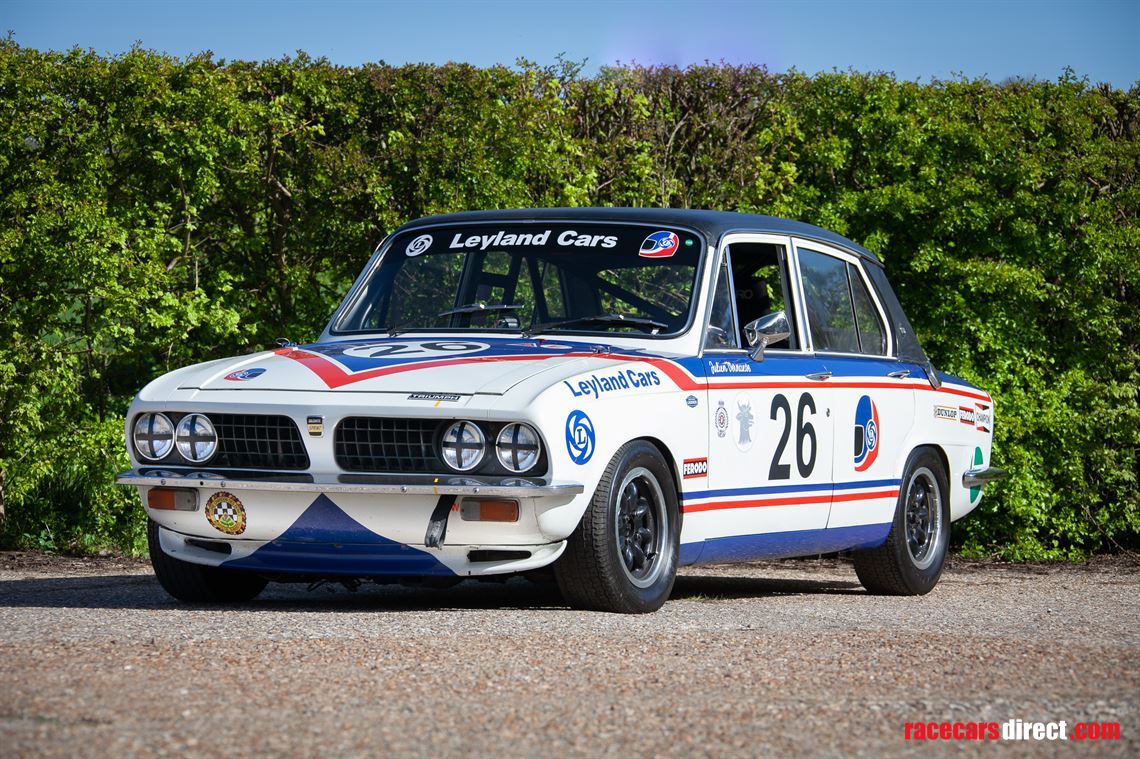 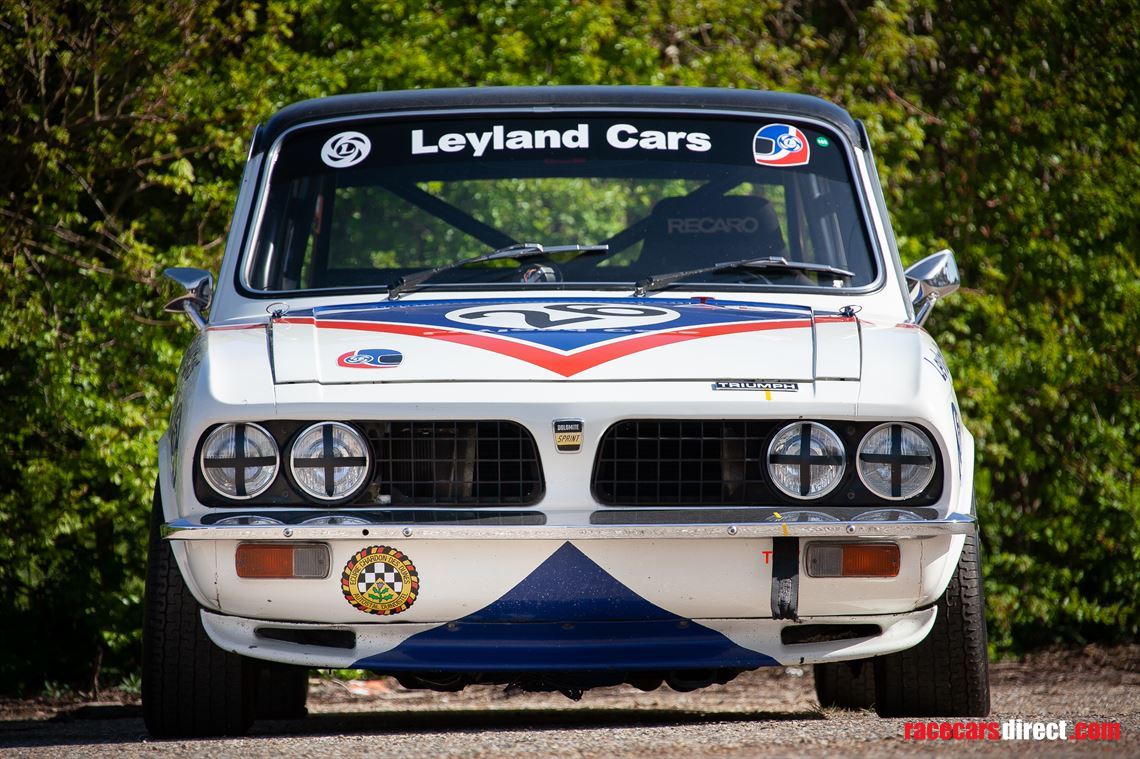 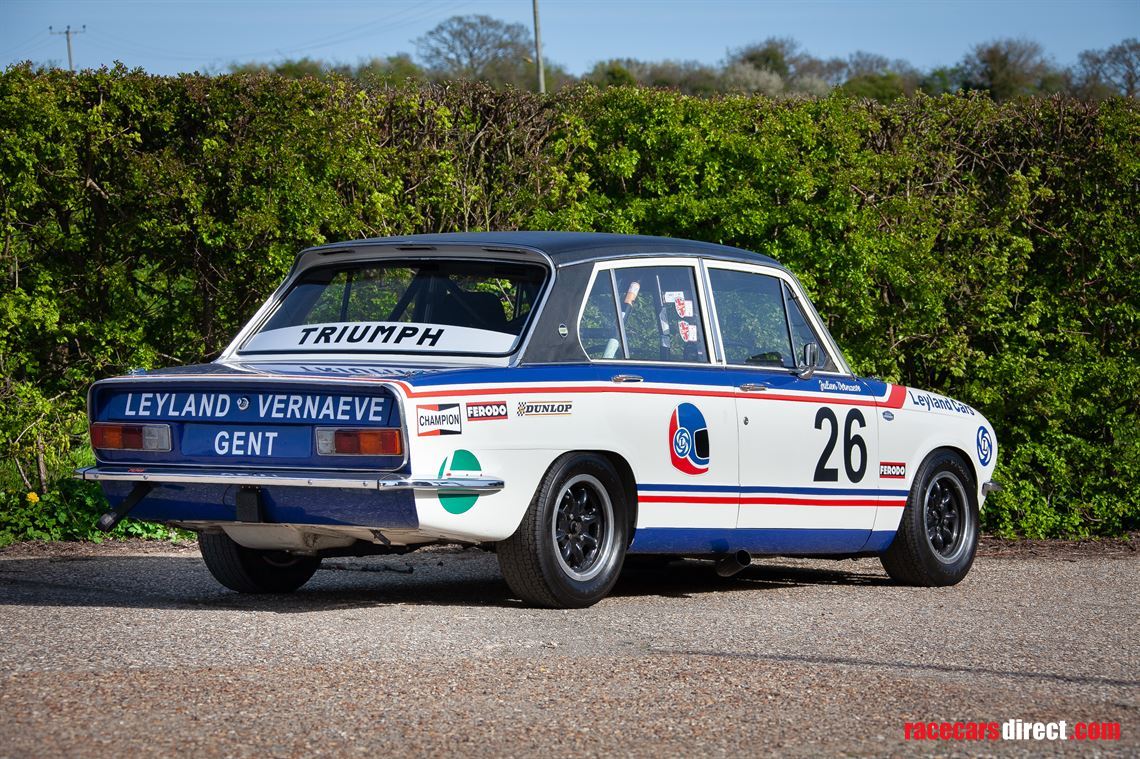 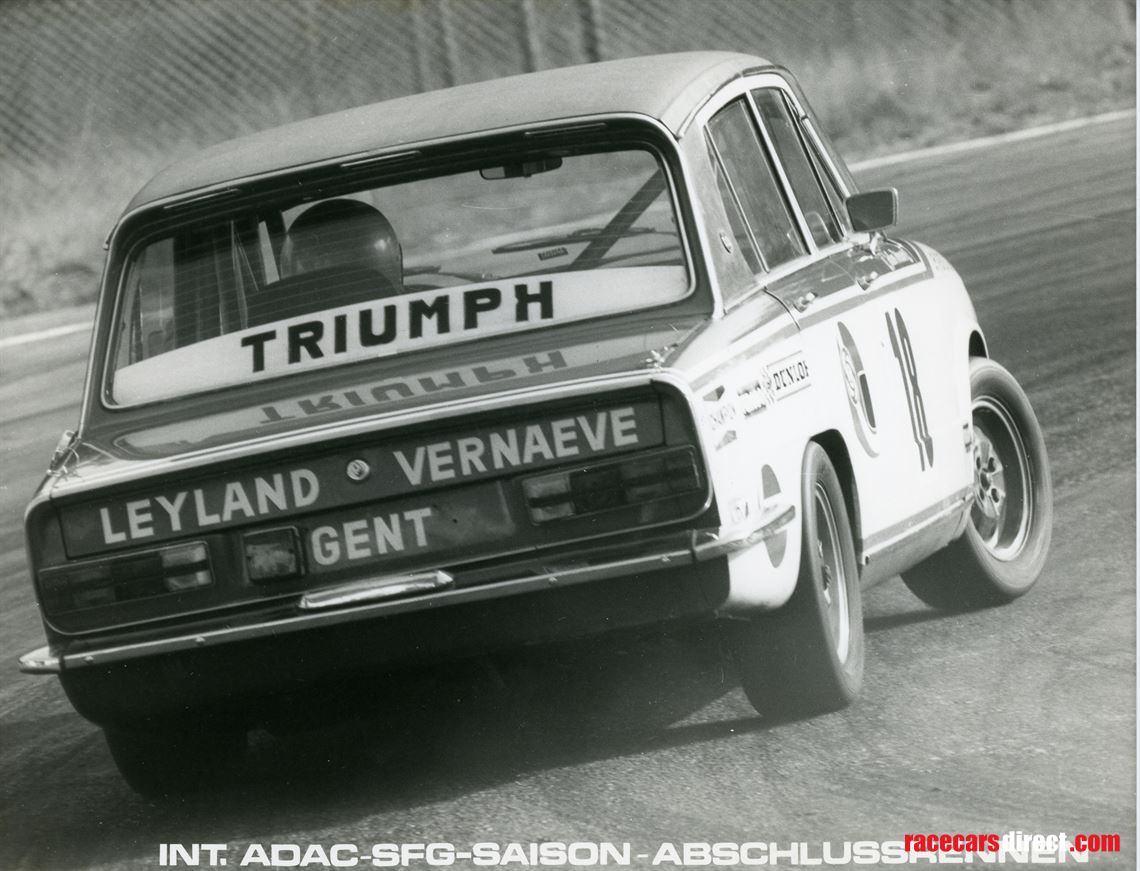 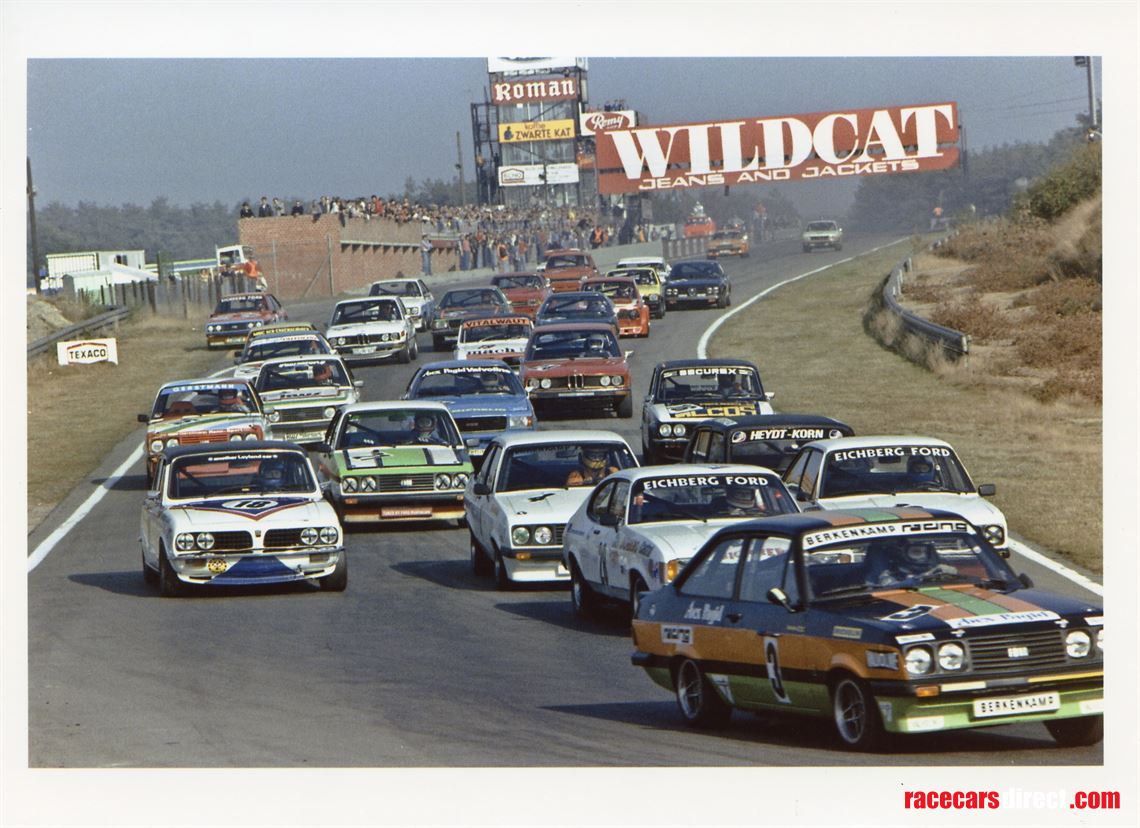 In spring 1973 Julien Vernaeve, BMC works driver and Belgian BL main dealer, ordered the build of a Triumph Dolomite Sprint Group 1 race car. Chassis 2493 was taken from the Triumph factory line in August 1973 and with factory support from Abingdon motorsports department (and Don Moore allocated to the engines) and the car was built over the autumn and winter of 1973.

Vernaeve, a long-established BMC works driver had collaborated with Abingdon and Don Moore for many years during his time with Mini Coopers which he had raced in ETCC in the late 60’s with great success. Vernaeve also beat the Ferraris to win the 1966 Marathon de la Route with the works MGB.

Chassis 2493, originally Mimosa yellow and sponsored and supported by combined Butch Tailors Racing/Broadspeed, campaigned the Belgian Touring Car Championship through the mid 70’s visiting Spa on several occasions. The car entered Spa 24 Hours in both 1974 and 1975 with Vernaeve sharing the car with fellow works driver John Handley. Although qualifying well on both occasions and running as high as 8th overall the epic 24 hour race finish eluded them on both occasions.

At the end of 1975 the car went back to the UK to receive the latest homologated upgrades, a new thick block engine to overcome the head gasket failures and Weber 48’s. The car was also repainted in the Leyland Cars livery that it still wears to this day. The car returned to compete in the Benelux Group 1 Championship driven by Vernaeve and Rene Metge and Tony Pond. The car achieved a number of outright podiums, multiple class wins and several lap records.

At the end of 1977 the car was retired and remained in Vernaeve’s BL showroom at Gent – which remains a Jaguar Land Rover main dealership to this day – until in a moment of weakness in 1990 Vernaeve agreed to sell it to well-known UK club racer Barry “Sideways” Sidery Smith. He raced it once at Oulton Park in 1998 before returning it to Spa and loaning the car to the famous Abbaye de Stavelot Museum. The car remained there as it raced in period at Spa with the same magnesium wheels and slick tyres (which come with the car) until Anthony Robinson bought the car in 2009.

The car was taken to Ken Clarke, the former Chief Engineer of TWR Motorsport’s Rovers, and he prepared the car for historic motorsport running to 1977 Group 1 spec as it last raced in period. Robinson then competed in both Motor Racing Legend’s HTCC where it regularly won its class and at Goodwood Members Meeting where Robinson shared the car with Tim Harvey, Robb Gravett and Michael Caine.

In 2017 I bought the car and sent the engine to Warren Heath Engineering (ex Prodrive engine builder who prepares engines for many Aston Martin and Jaguars in Global Endurance as well as the super quick VW Golf of Jim Morris). Warren had originally prepared the engine for Robinson so continued with the same development.

I competed at Goodwood Members Meeting with Le Mans Bentley winning driver Guy Smith and in several rounds of MRL HTCC gaining class wins. During my tenure, I put FIA HTP papers on the car that run until 2029 and have the engine declaration from Warren Heath. The car is completely legal with correct manifold and brakes and subject to the usual pre-race preparation ready to be used again in anger!

This is the only remaining Group 1 Triumph Dolomite Sprint that ran in BL Livery in period and with compete history is a unique opportunity to buy a car with real history. I spent an afternoon with Julien Vernaeve at his showroom in Gent and he recounted many great stories about his time with the car and racing in general. He generously gave me photographs of his time racing the car.

The car has two sets of minilites and the race preparation team who ran me in the car would be happy to help.

One of the fastest FIA 67 Camaro in Europe. Historic Trans-Am Registry TA-024.