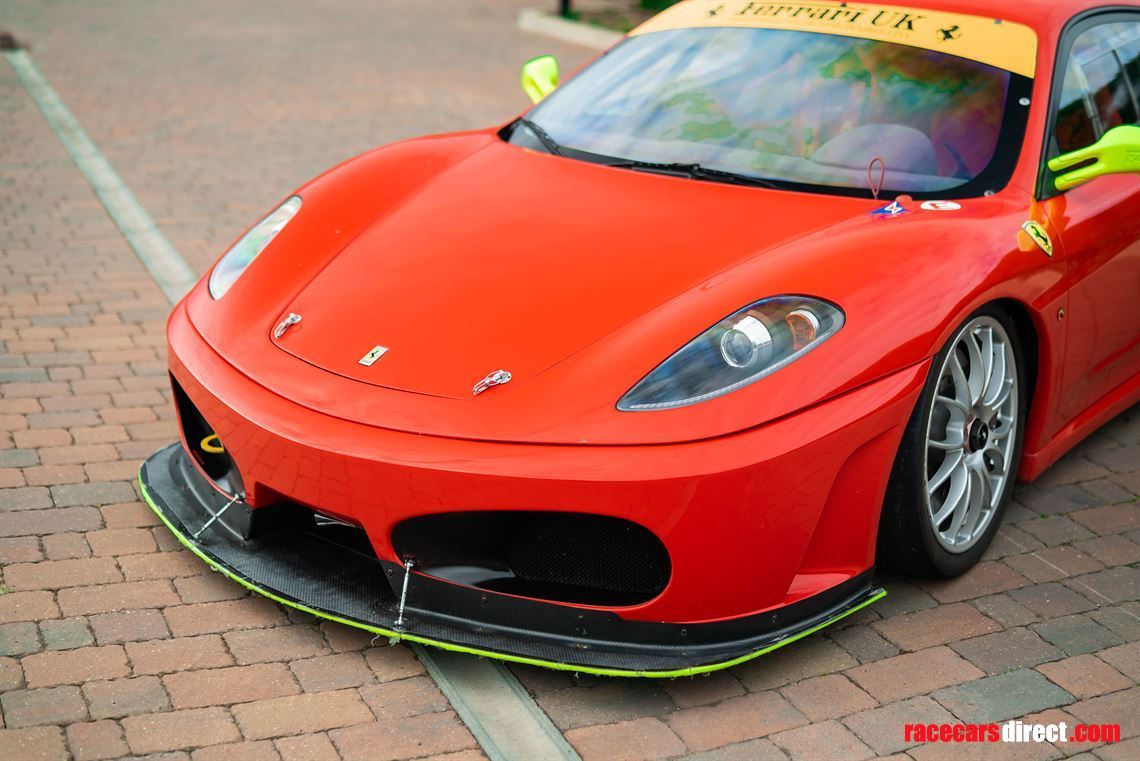 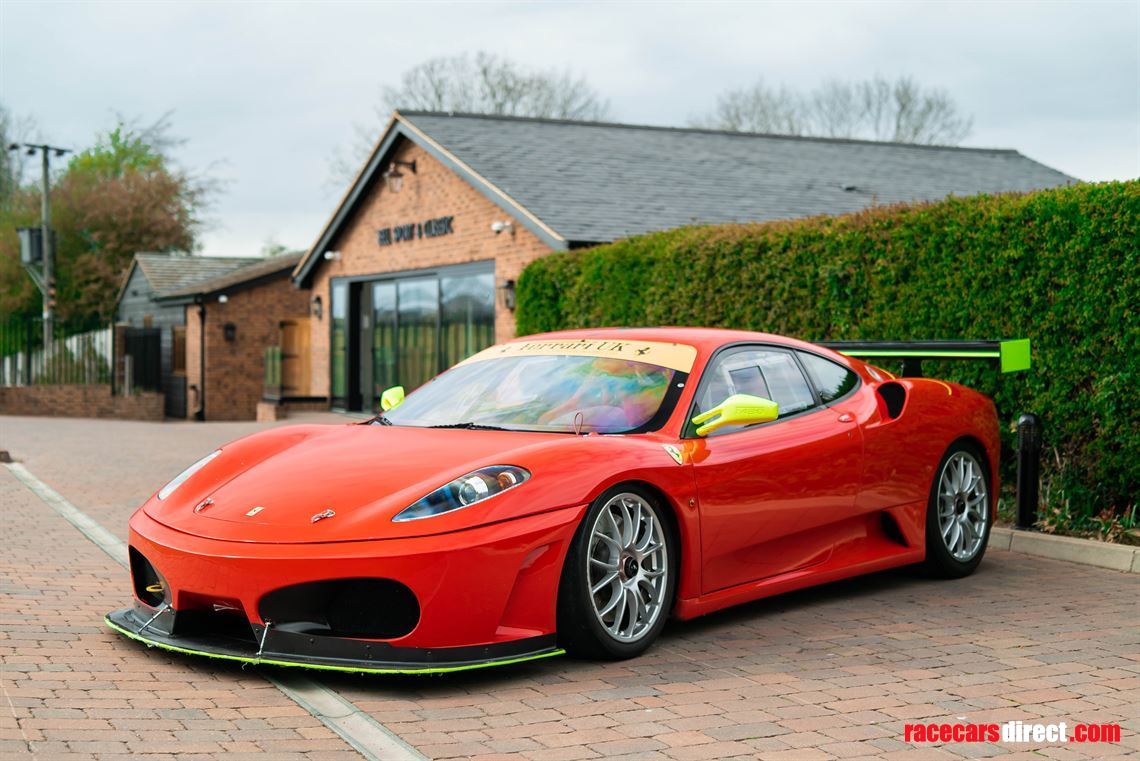 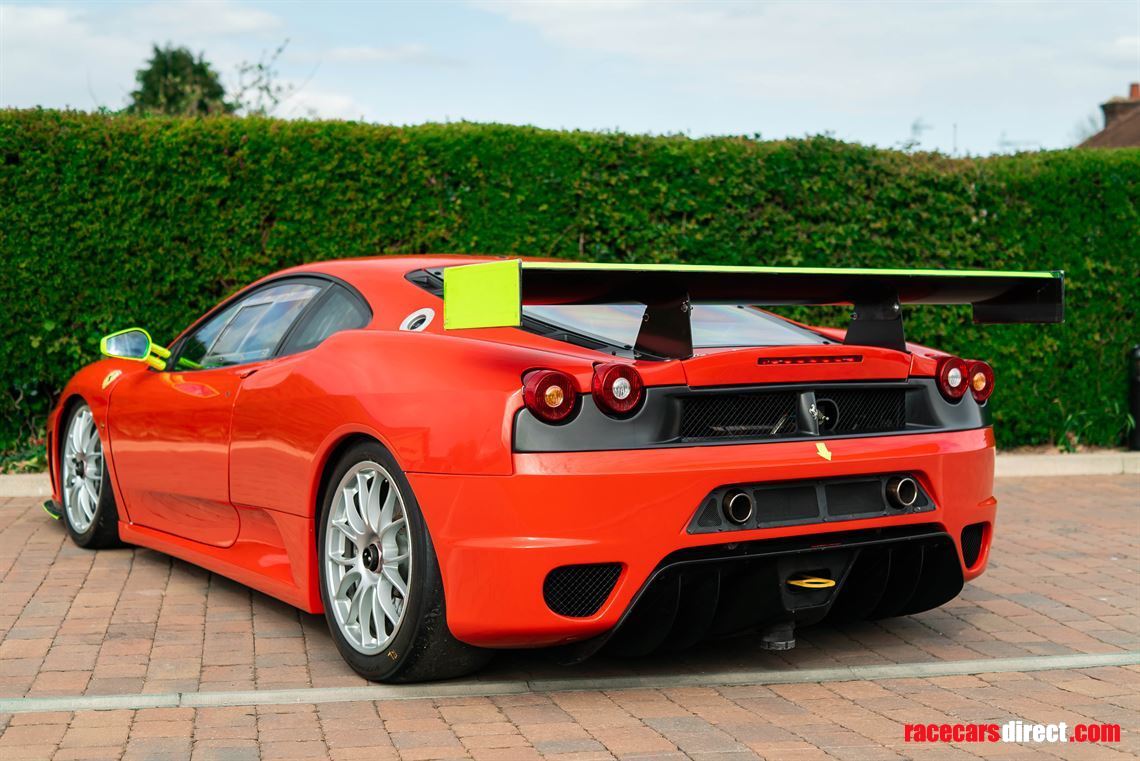 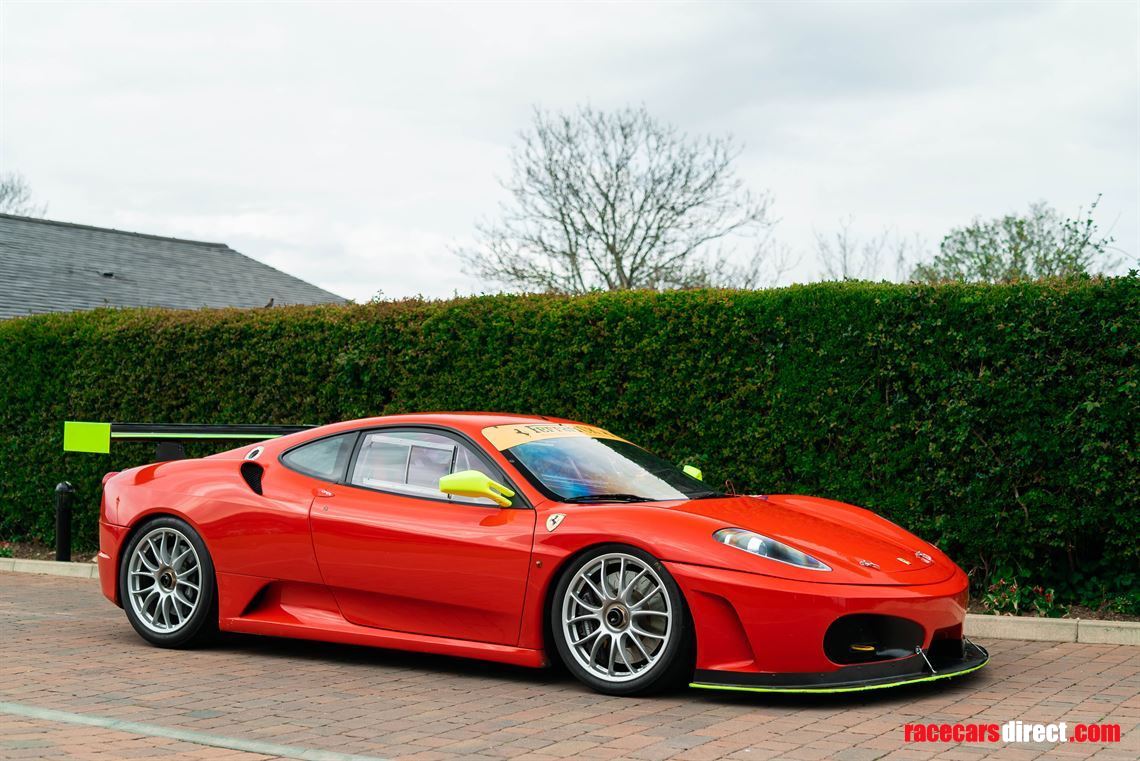 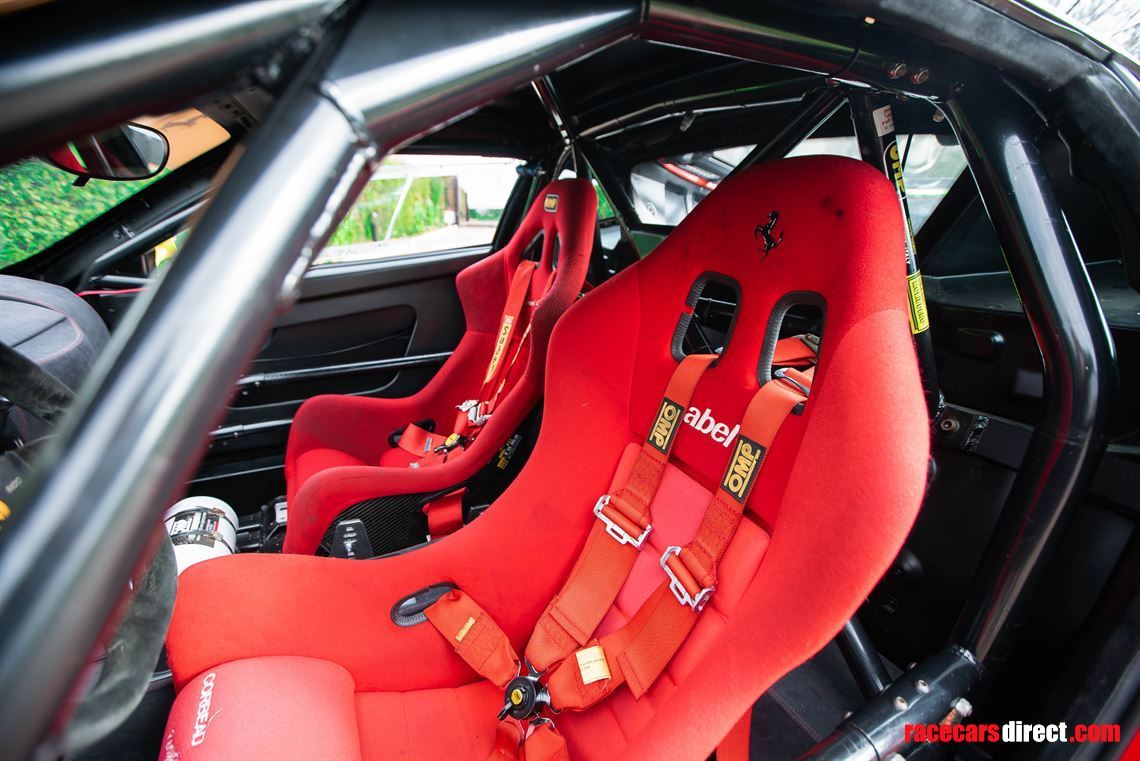 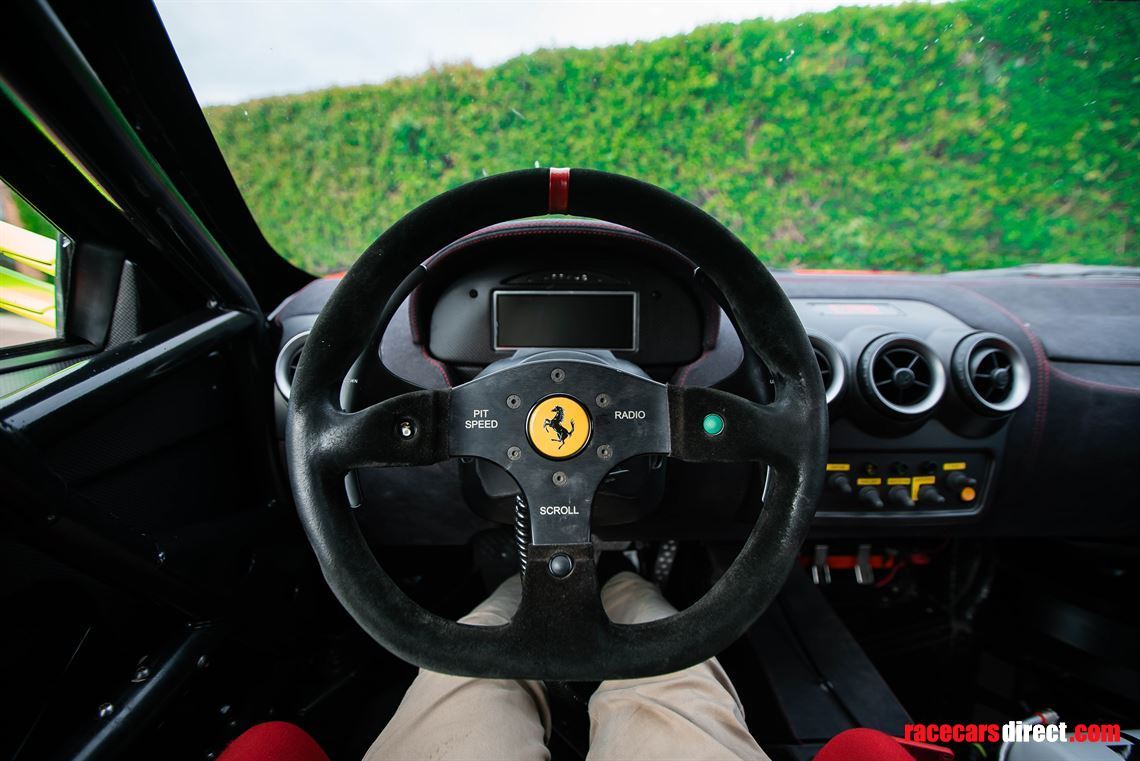 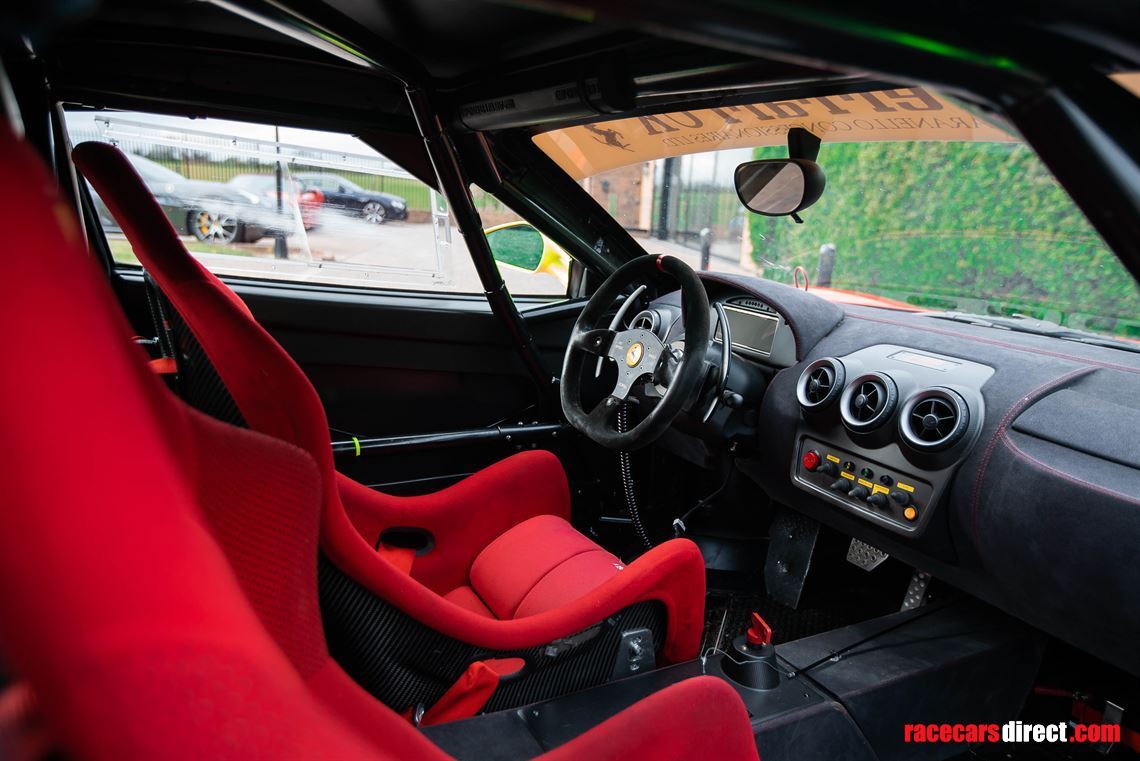 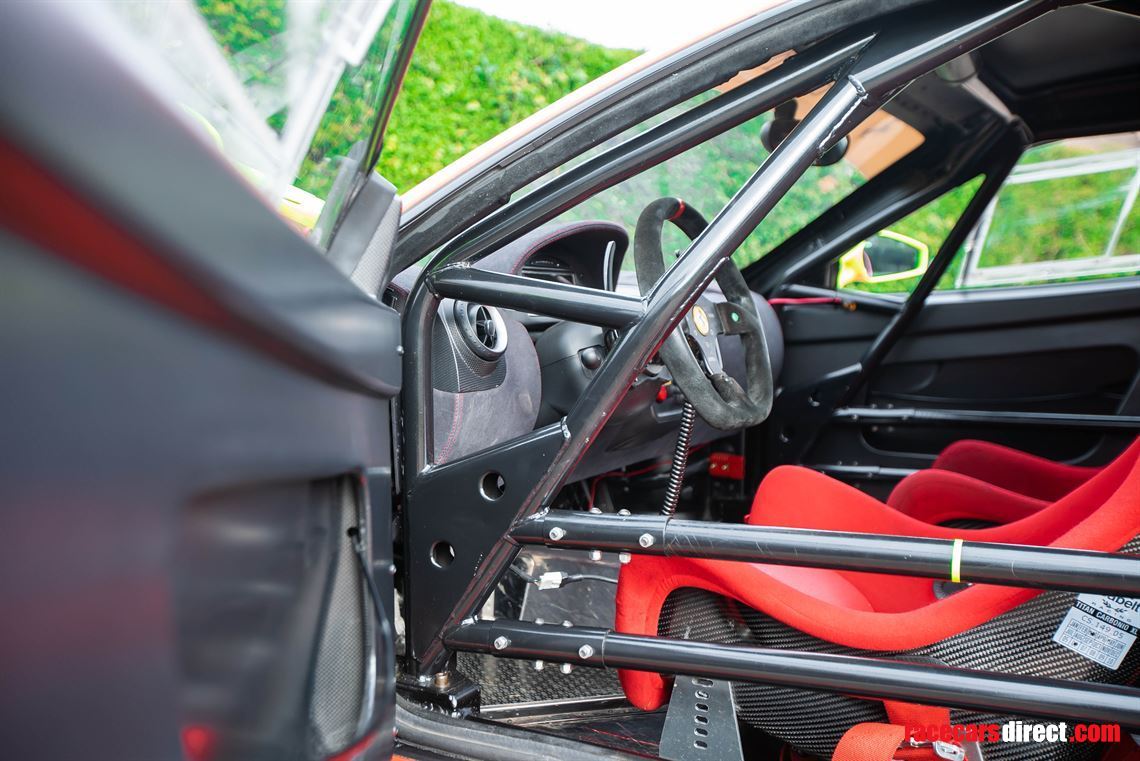 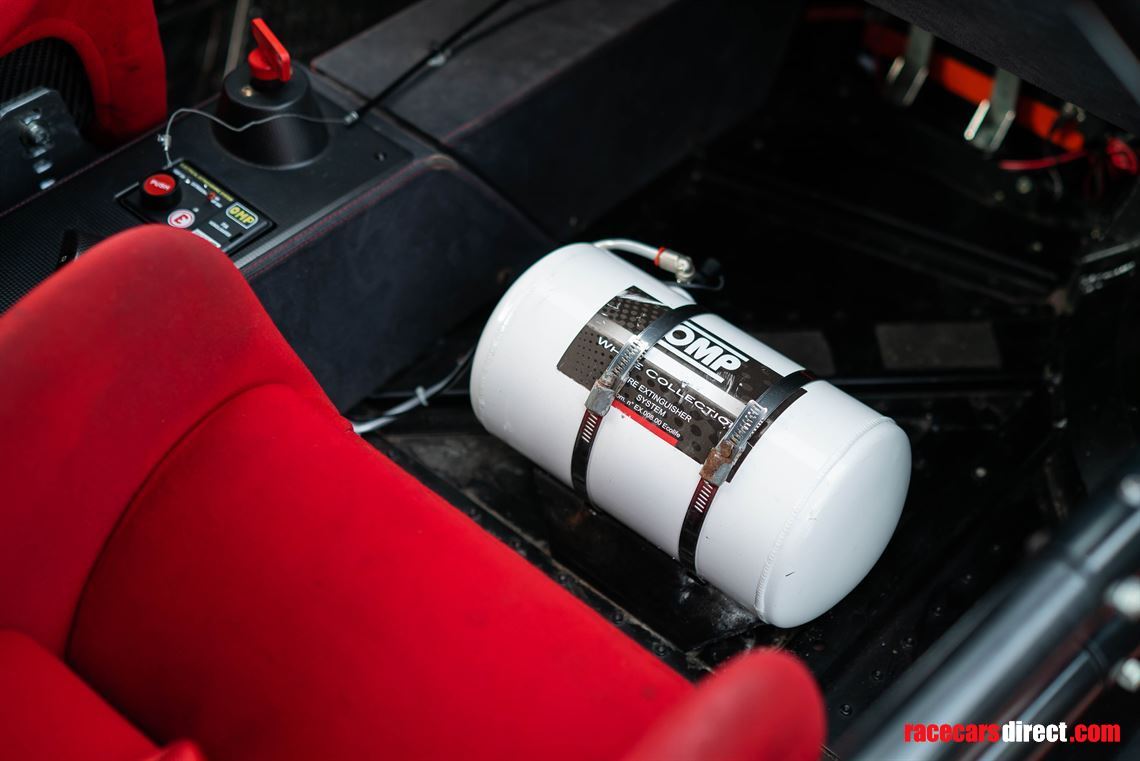 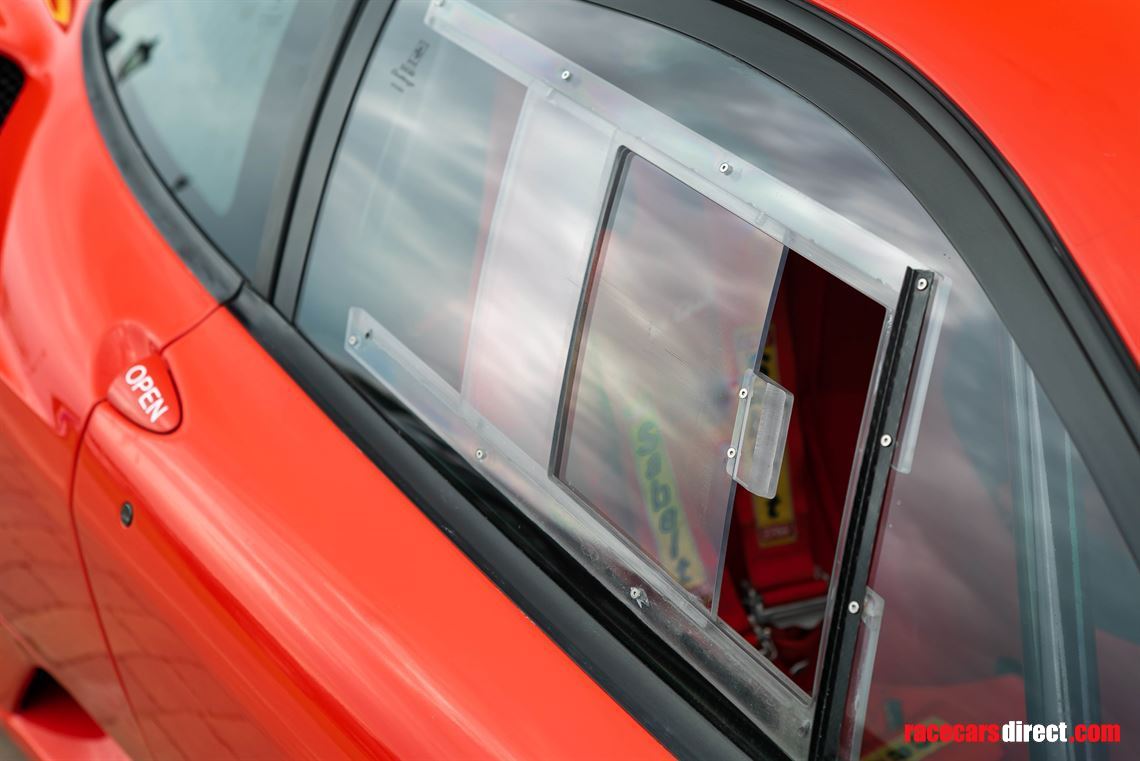 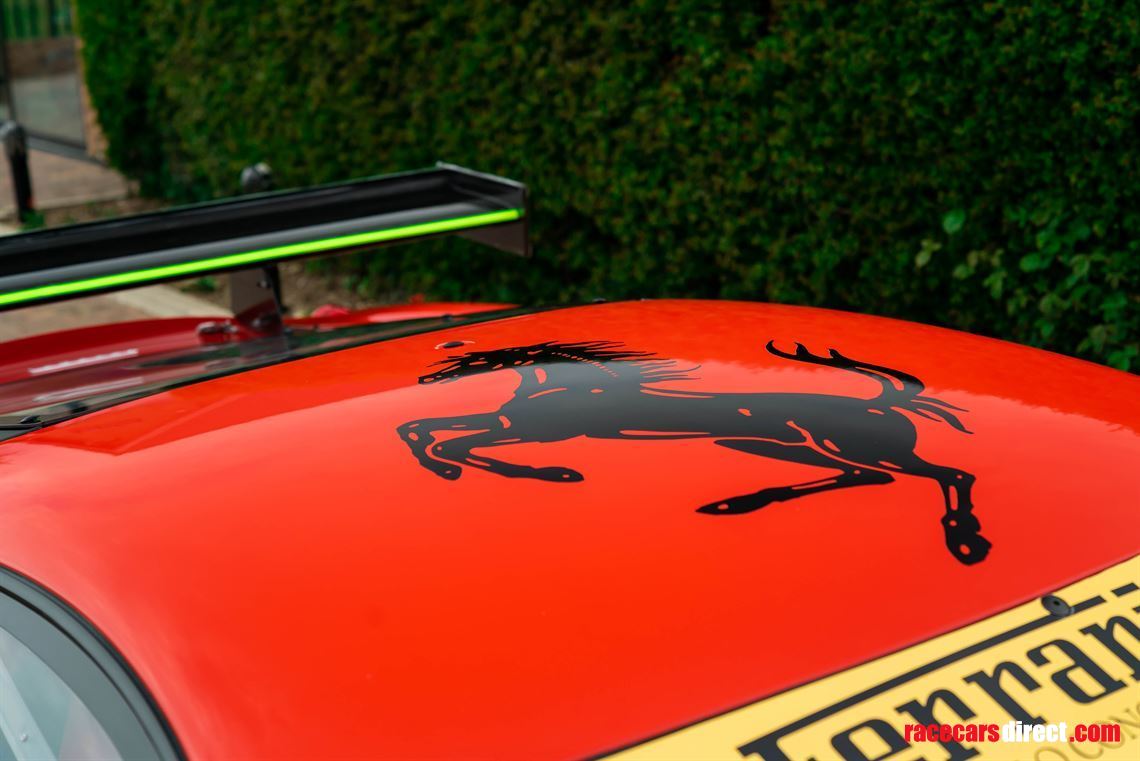 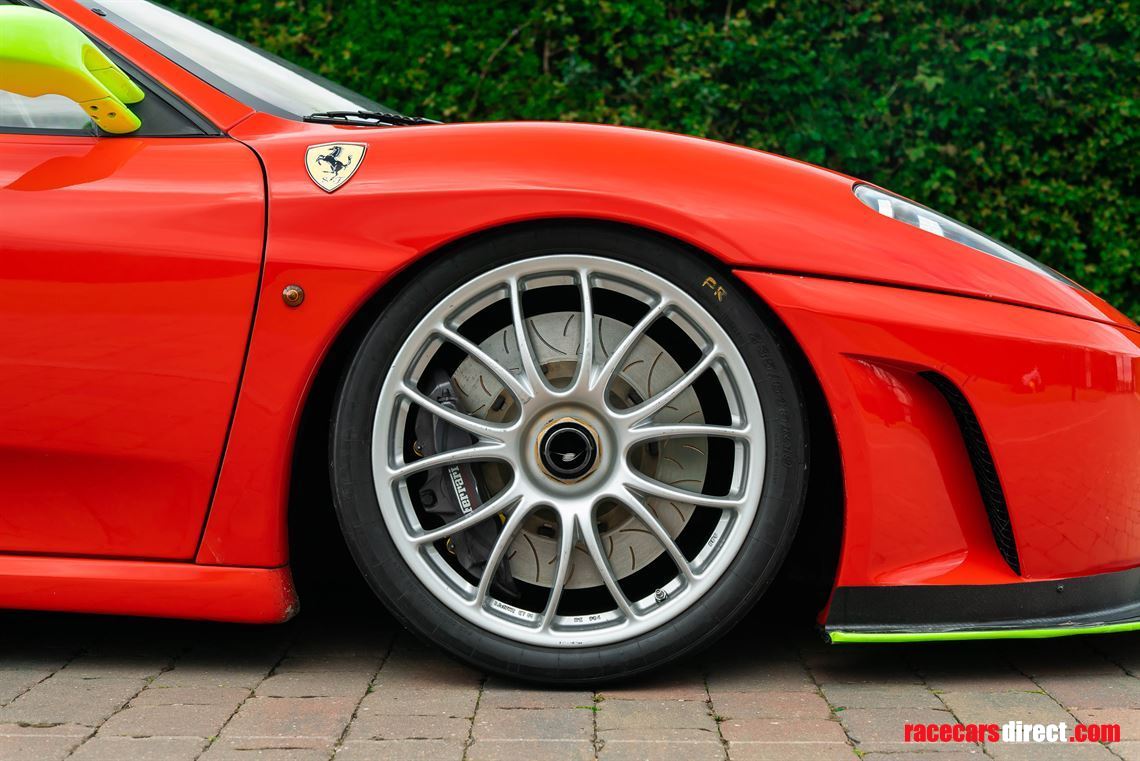 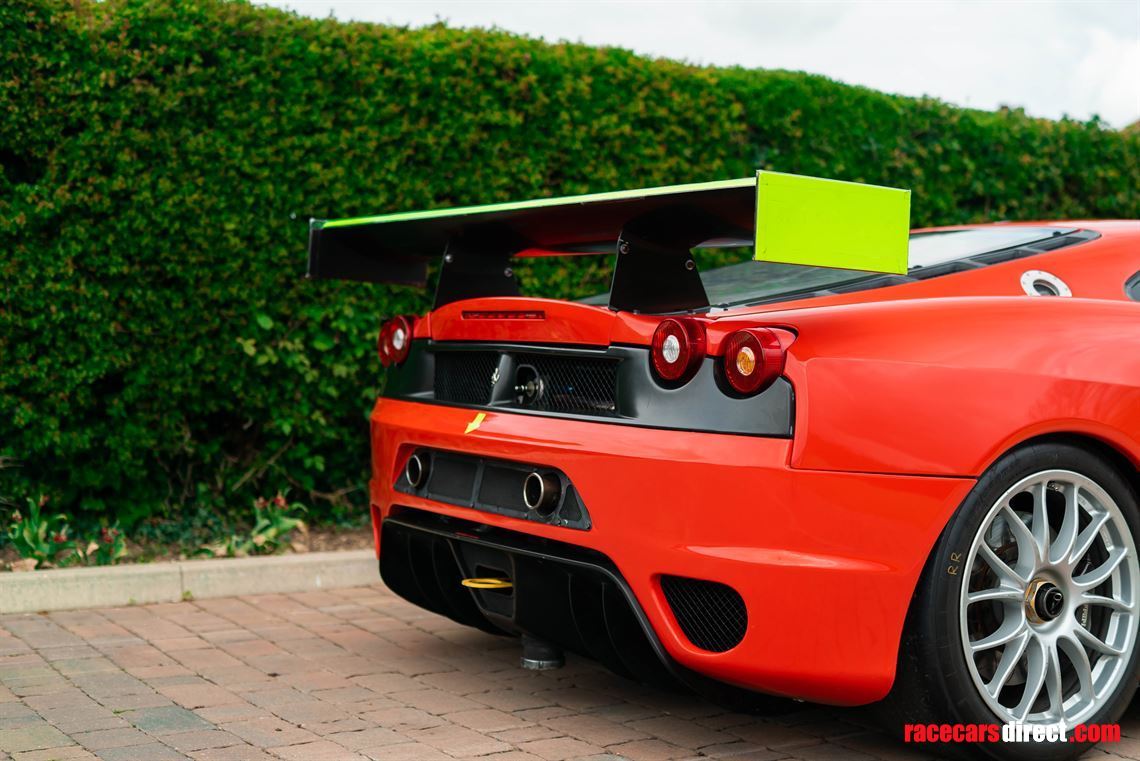 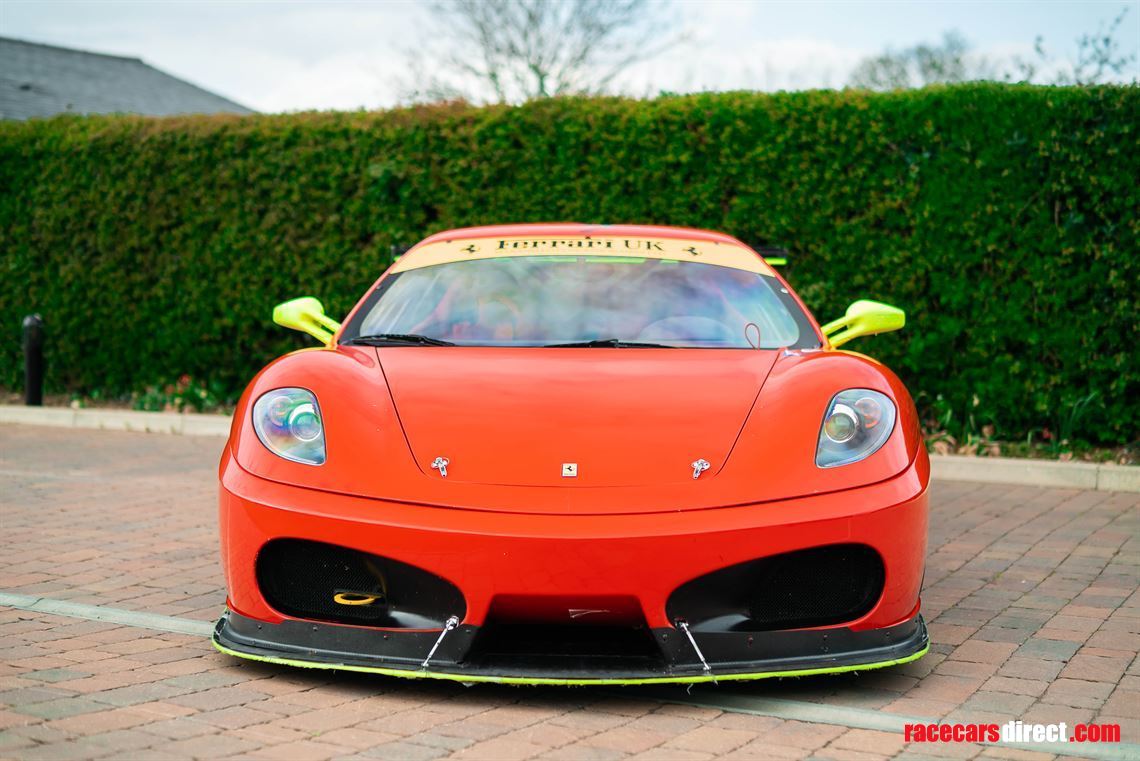 This 2006 Ferrari F430 Challenge is a thrilling factory-built race car, which has recently been inspected and refreshed in preparation for the 2021 season. It is powered by the same 483bhp naturally aspirated 4.3-litre V8 found in the F430 road car, which is mated to a six-speed automated ‘F1’ transmission with paddle shift.

Believed to be one of only around 142 cars built, this F430 Challenge was supplied new to Swedish Ferrari dealer Autoropa. Within the next year or two, it mades its way to the UK, and its first recorded competition use was in 2008 for the inaugural GT Cup race series, when it was driven by Tommy Careia.

It was then acquired by its next owner, who was based in Buckinghamshire and completed only one race before passing it on to another custodian in 2009. This individual added it to their small collection of cars and did not use it competitively. This eye-catching race car remained with this owner until 2016, when it was acquired by the then Chairman of the Ferrari Owners’ Club, who only used the car sparingly for club events.

By late 2019, the car had been sold again, this time to Ferrari specialist Bell Sport & Classic, which used it for promotional events and client experience days, maintaining it to the highest standards regardless of cost.

Created to meet the demands of Ferrari’s track-going clients, the F430 Challenge features a number of weight-saving measures compared to its more sedate road-going brother. These include a Lexan windscreen and side windows, a largely stripped-out interior and a carbon-fibre intake cover, reducing its weight by around 125kg. In addition, the car’s torsion bars and springs were upgraded, and the F1 transmission’s gear ratios for fifth and sixth were changed, along with the final drive. Furthermore, an ultra-light exhaust system was installed and the bodywork was enhanced with revised ducts for improved airflow.

Today, this example’s bodywork presents well, and it is believed that all of the original panels are still in place. Accented by white and chartreuse decals, the Rosso Scuderia paintwork also presents well overall, though it does feature some general stone chips and blemishes in line with the car’s track use. The light lenses are in good condition, and this F430 Challenge rides on its correct 19-inch BBS centre-lock alloys, which are scuffed and marked, but are structurally sound.

Inside the pared-back cabin, this modern race car features a full roll cage, carbon-fibre bucket seats and five-point racing harnesses. Clad in bright red Alcantara, the Sabelt driver’s seat is in good shape, with a few general marks but no noticeable damage, which is also the case for the passenger’s OMP item. Ahead of the driver is a quick-release steering wheel, which is fitted with controls for radio communication and a pit lane speed limiter. A colour digital display on the dashboard provides the driver with all of the information they need at a glance, while the row of shift lights above allows the execution of perfectly timed gear changes. As this is a competition-proven race car, its interior does feature some blemishes and signs of wear, but all of the electrical items and safety systems work as they should.

Given that the F430 Challenge is designed first and foremost as a race car, its mechanical health is of the utmost importance, and this example is fresh from a service by Bell Sport & Classic in preparation for the 2021 race season. This included a full inspection, as well as the fitment of new Brembo front brake discs and front and rear brake pads, plus a full brake fluid change and replacement of all four of its wheel bearings.

Furthermore, during the car’s time with the Chairman of the Ferrari Owners’ Club between 2016 and 2019, it was also treated to new fuel bladders, and its Bilstein suspension dampers and anti-roll bars were also replaced.

This Ferrari F430 Challenge is a sensational exotic track car, which has been maintained by Bell Sport & Classic in recent years regardless of cost. Presented in smart overall condition, this race-proven example represents the perfect opportunity for its next owner to get behind the wheel on track; in 2021 and beyond.