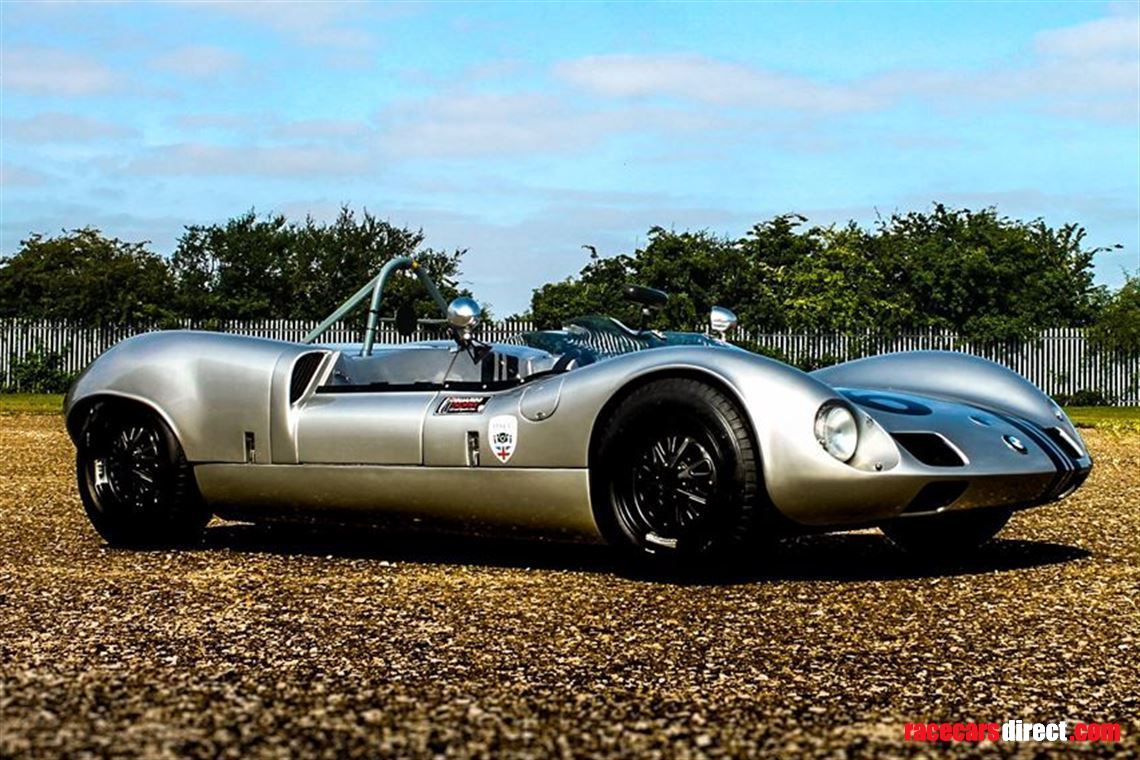 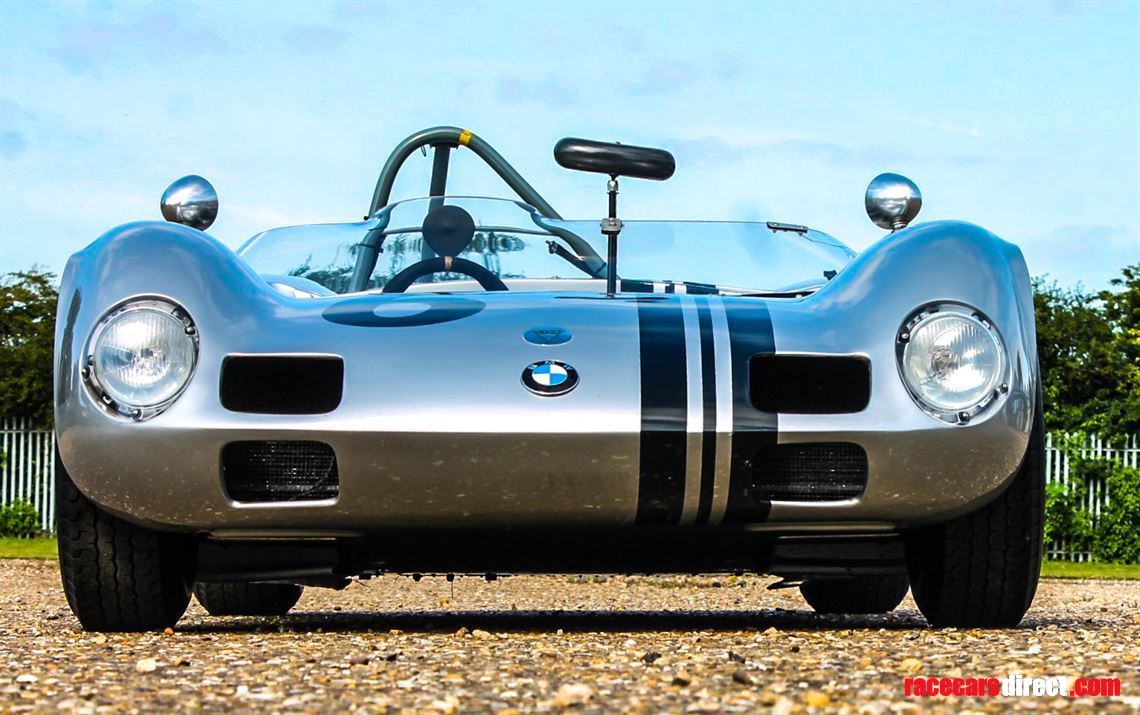 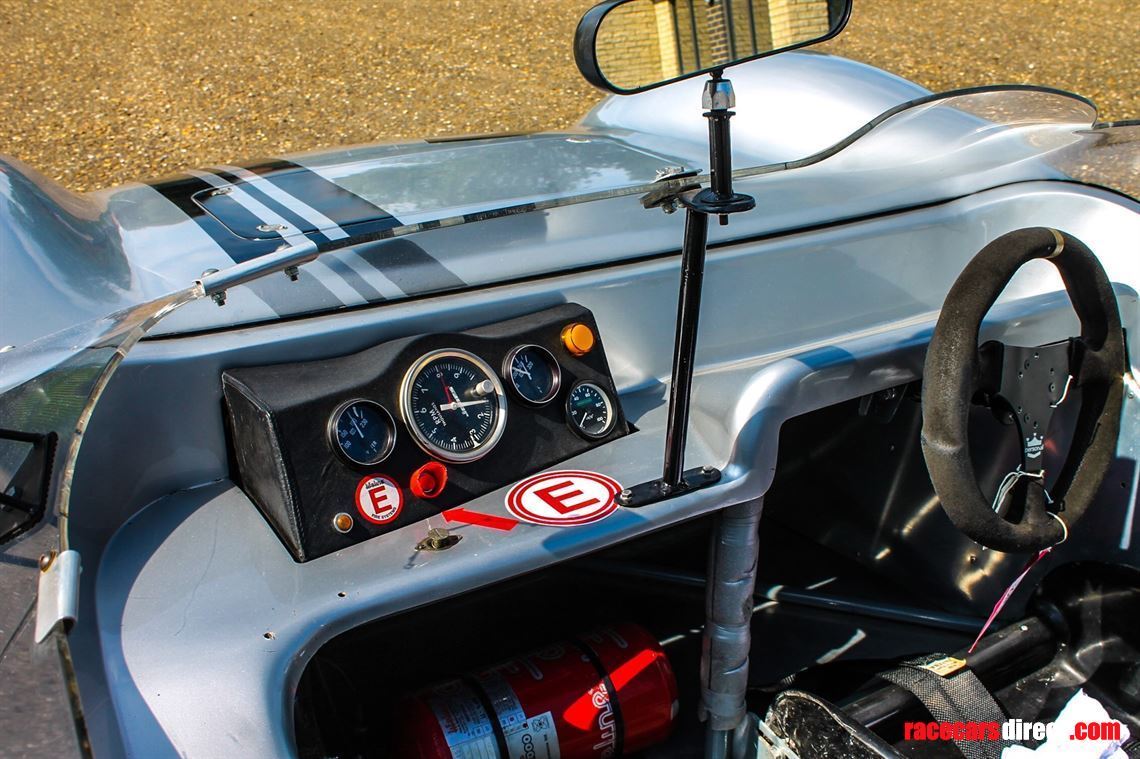 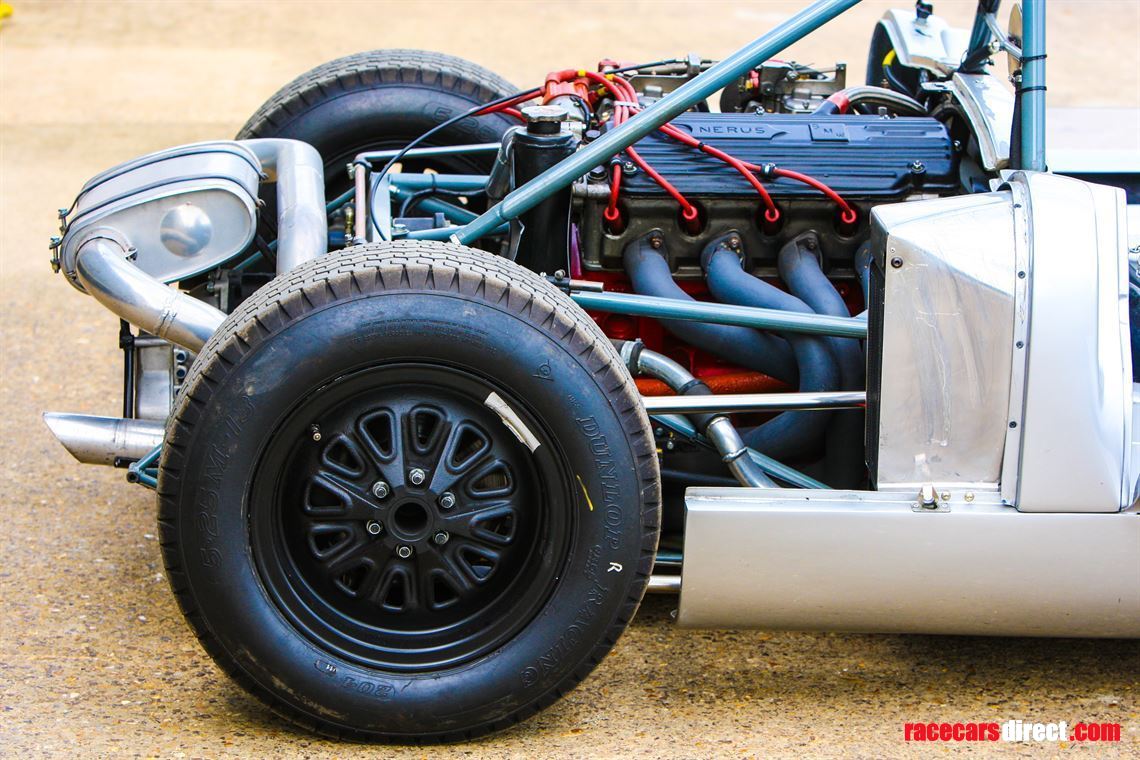 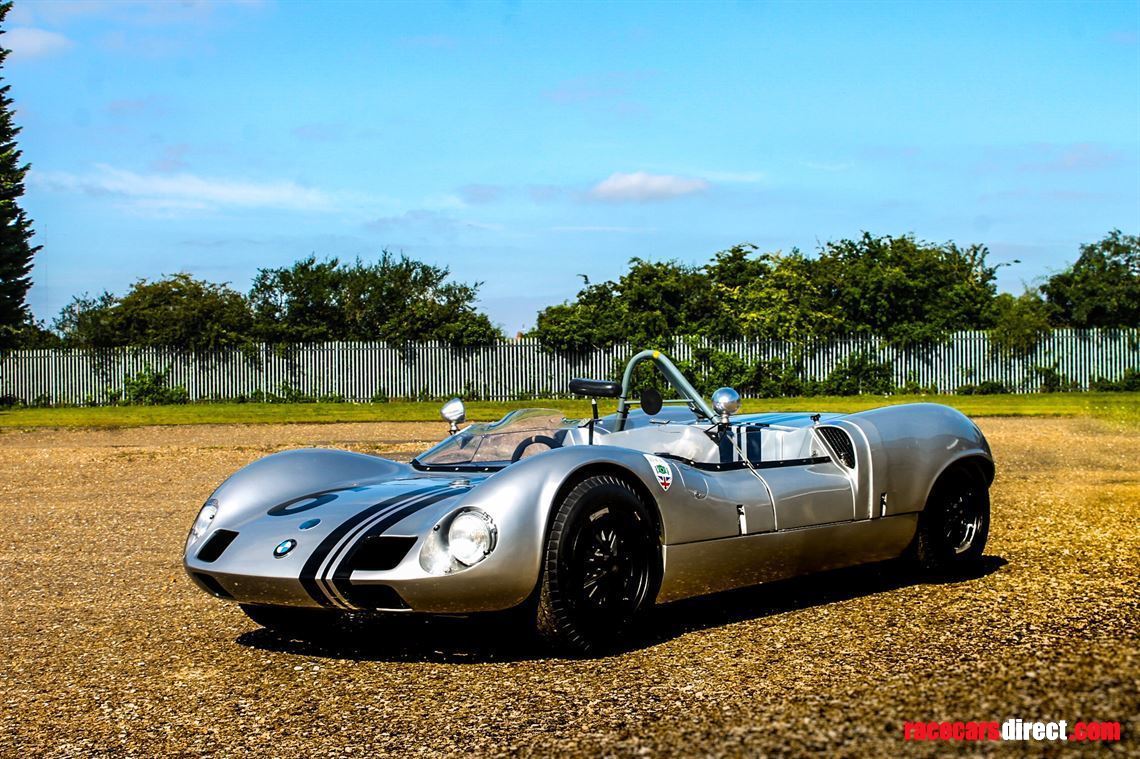 The MK7 Elva followed similar lines to the VI but beneath the smoother, lower Fibreglass shell there was a new car. The spaceframe had been lightened and, at 73 lb. complete with brackets, it was 121b lighter than the MKVI. Front suspension was new too, with unequal wishbones ball - jointed to a magnesium upright and, at last, drum brakes gave way to discs. Thirteen-inch wheels replaced 15-inch wheels, reducing unsprung weight and allowing a lower, neater. bodyline. At the rear. fixed length driveshafts gave way to splined shafts with an anti-roll bar.

In production terms the VII was highly successful, 29 were built in MKVII guise and 42 of the lightly revised VIIS were made and these were fitted with a wide range of engines, including Coventry Climax, Ford and Oscar but two are particularly interesting: BMW and Porsche.

This car was brought back to the UK by David Brown from America and entered in the event to celebrate the 50th anniversary of Elva at Mallory Park 2005, driven by Matthew Watts and came second behind a Mk8.