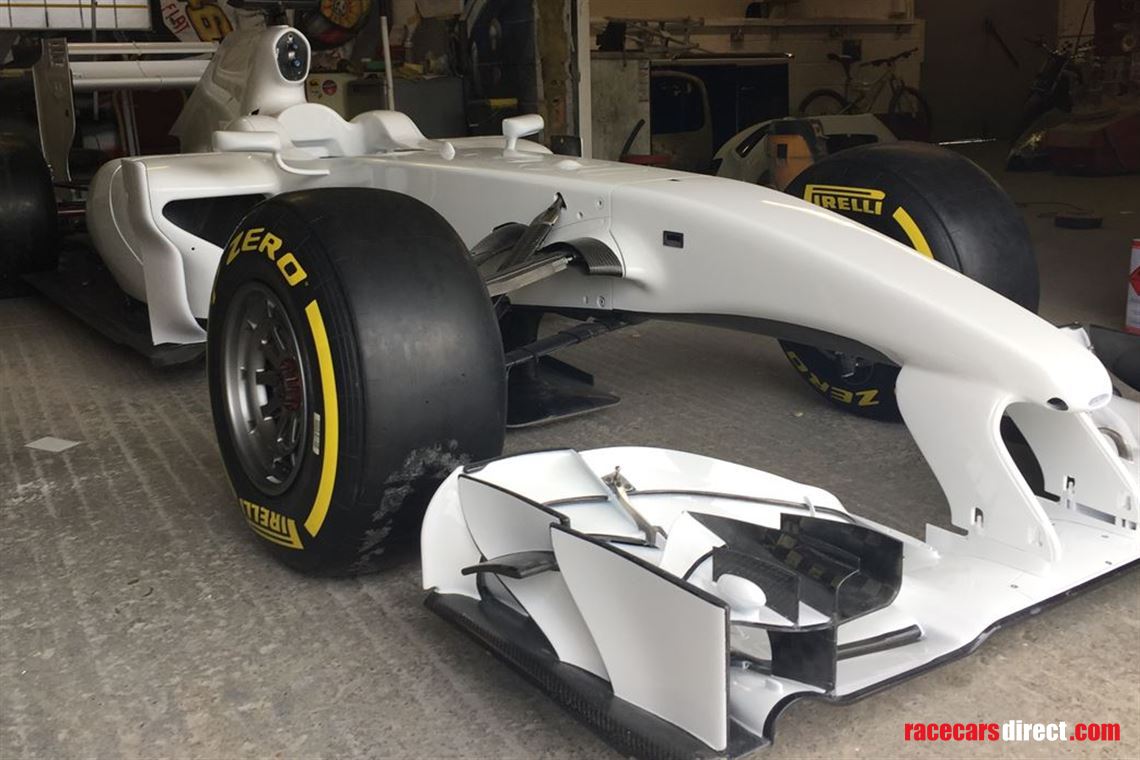 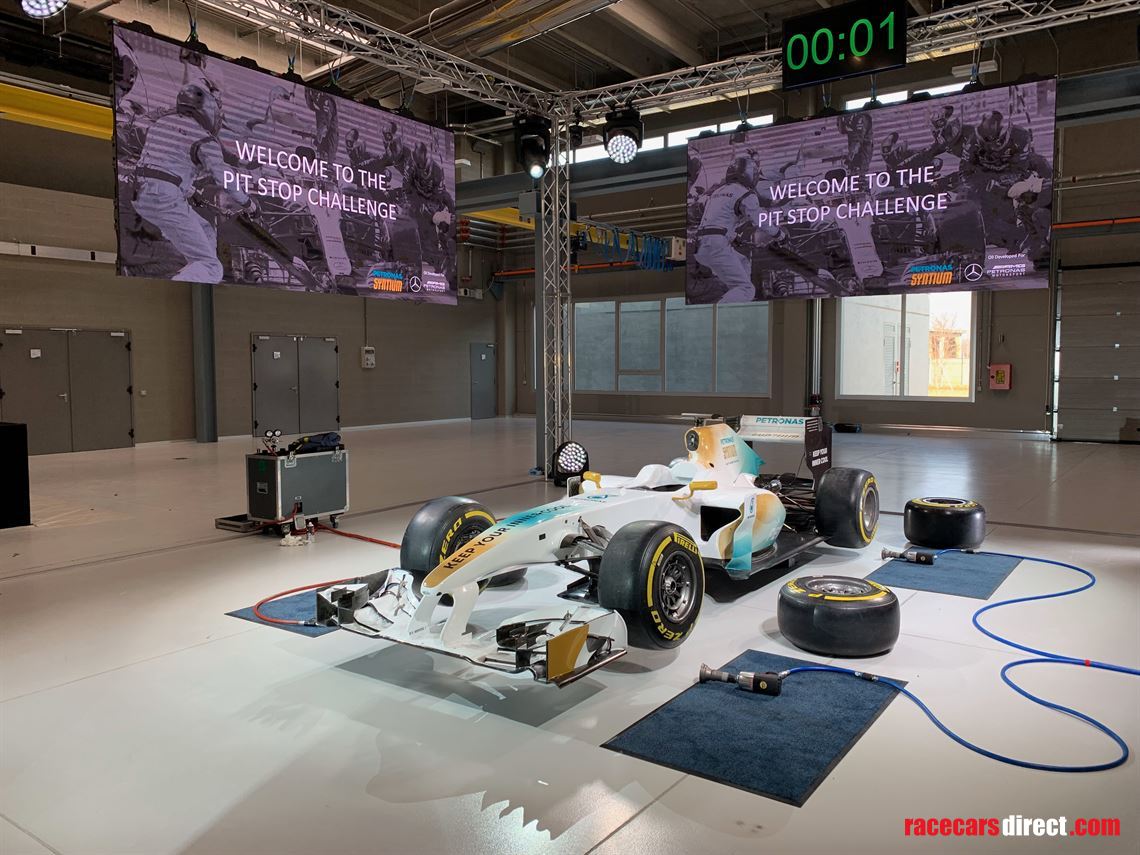 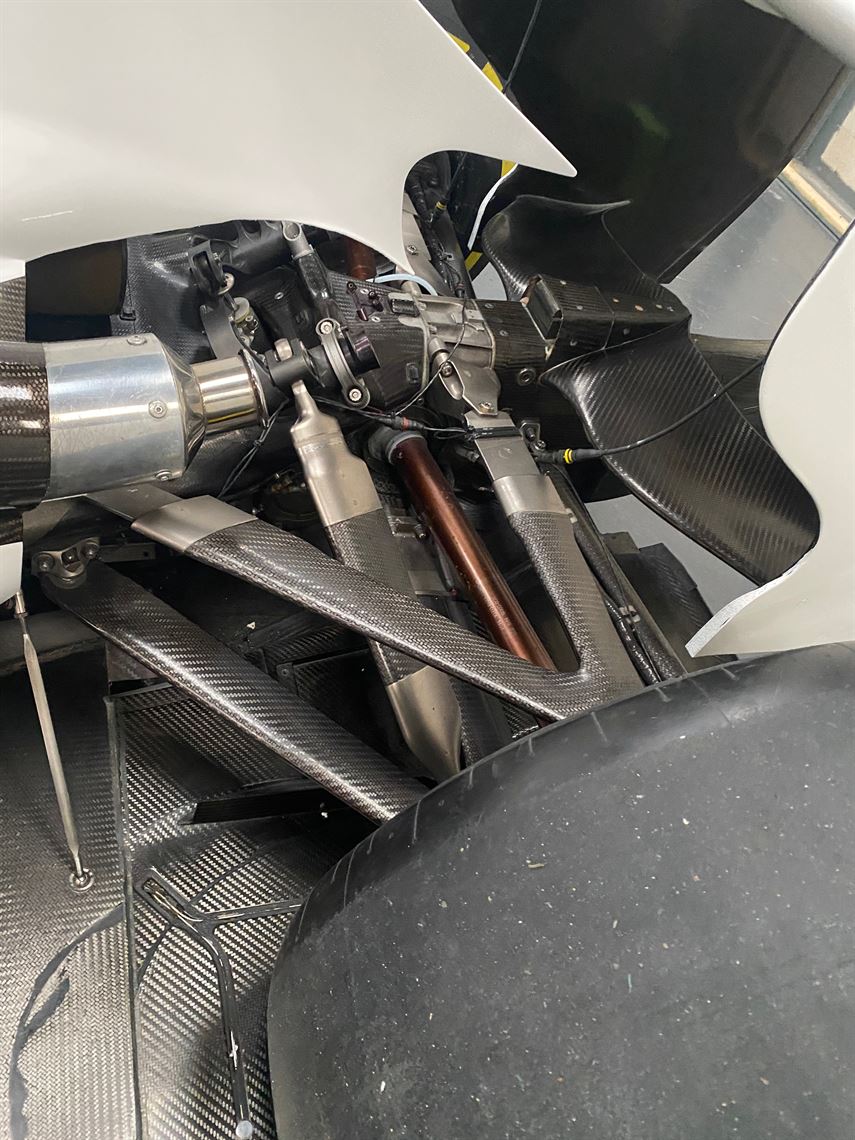 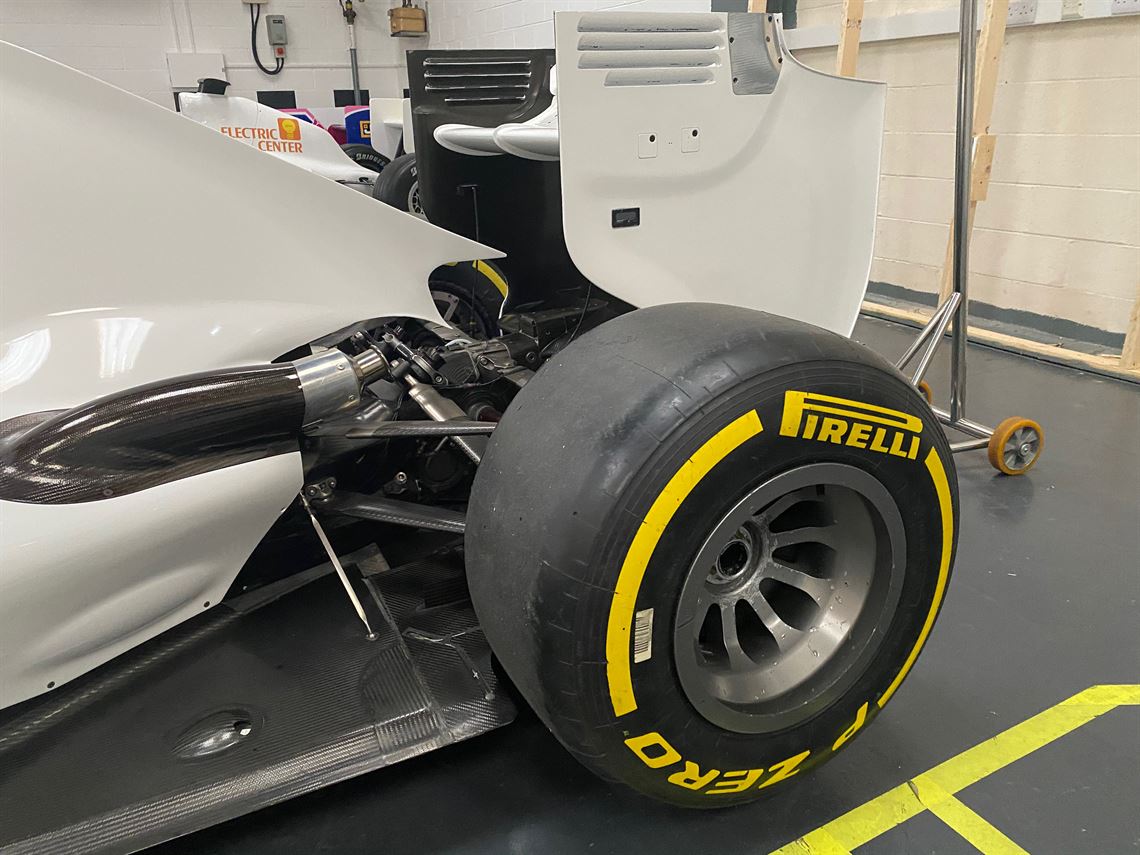 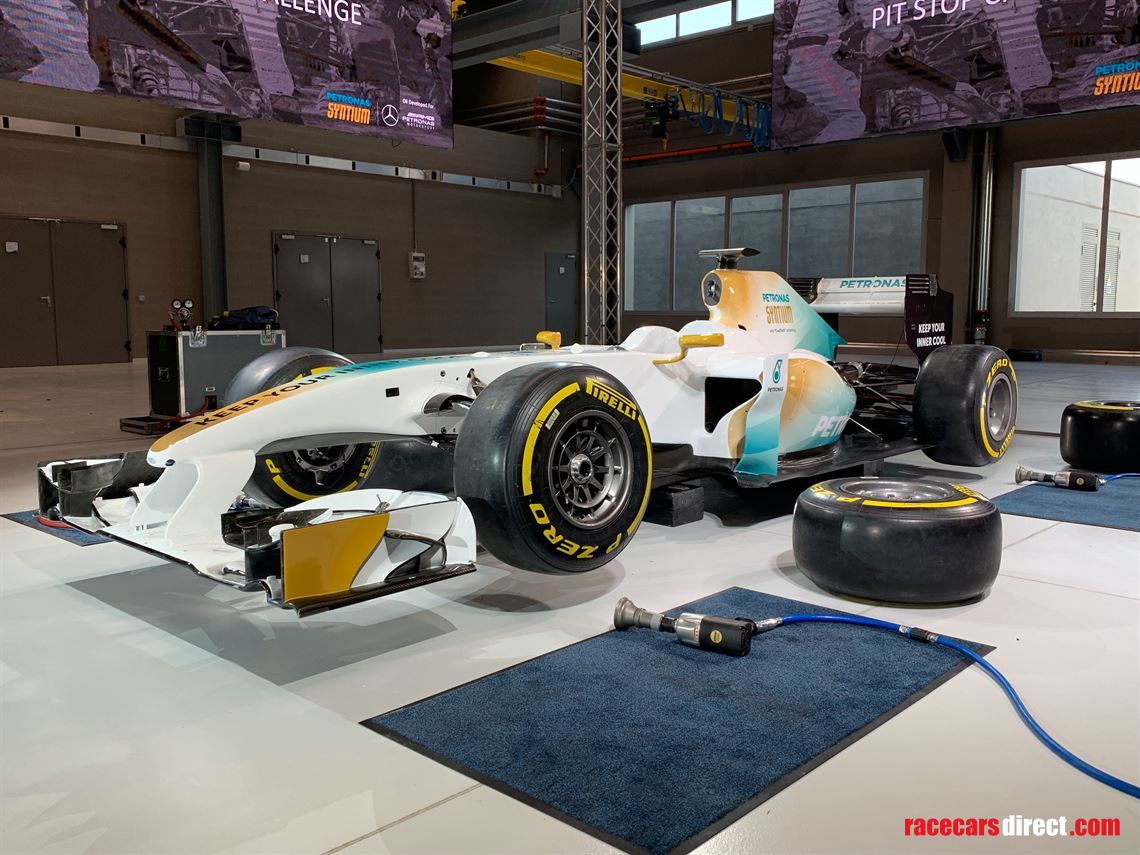 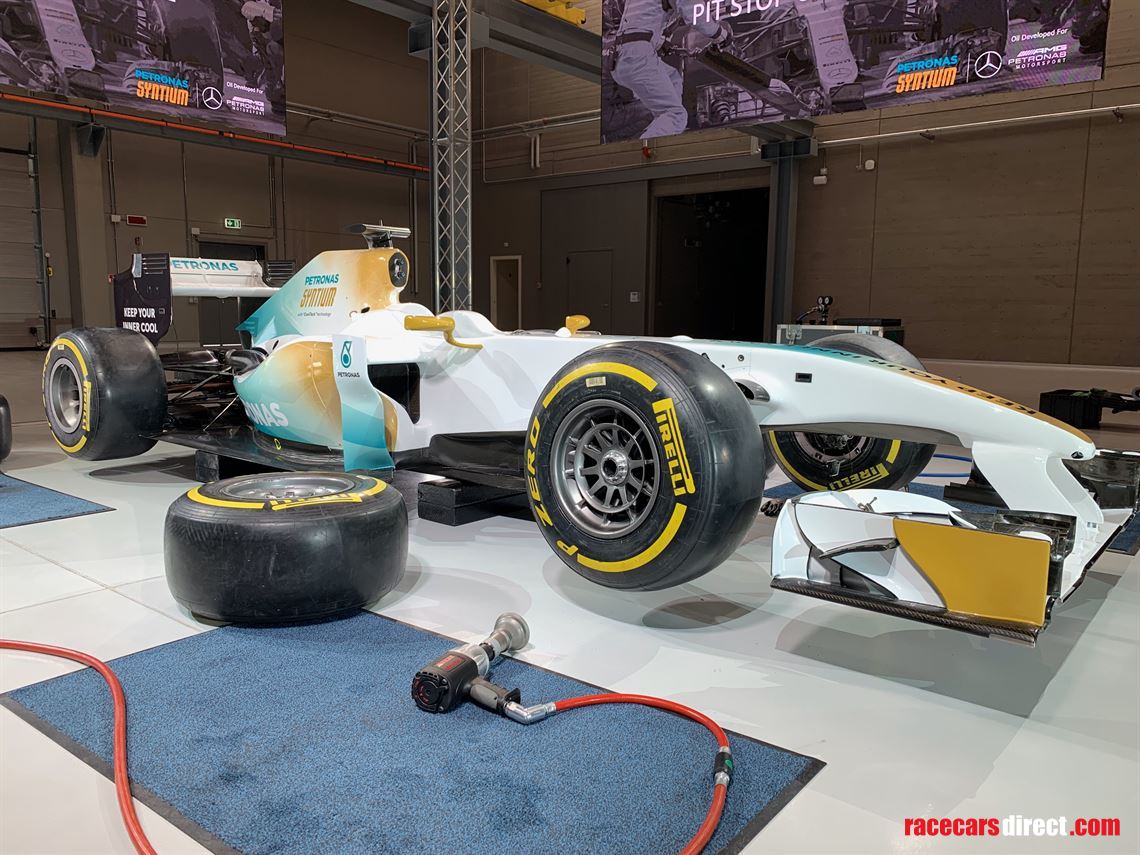 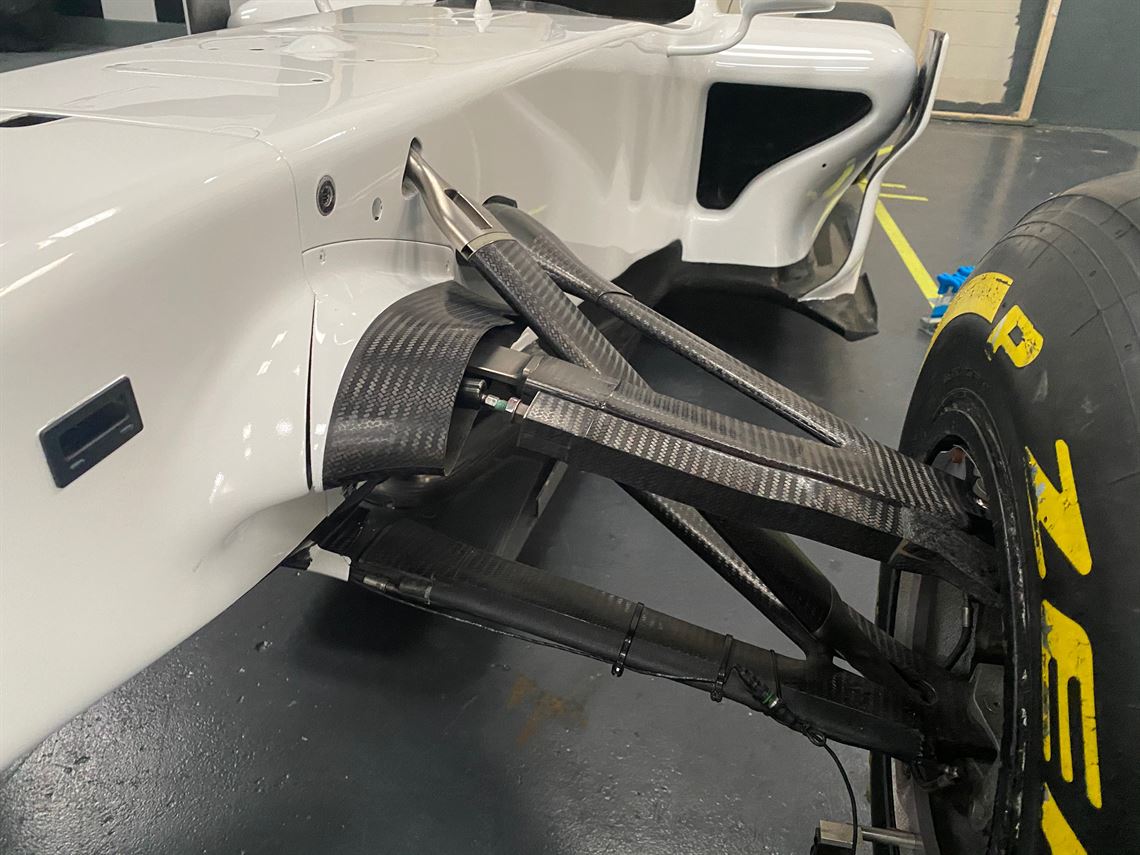 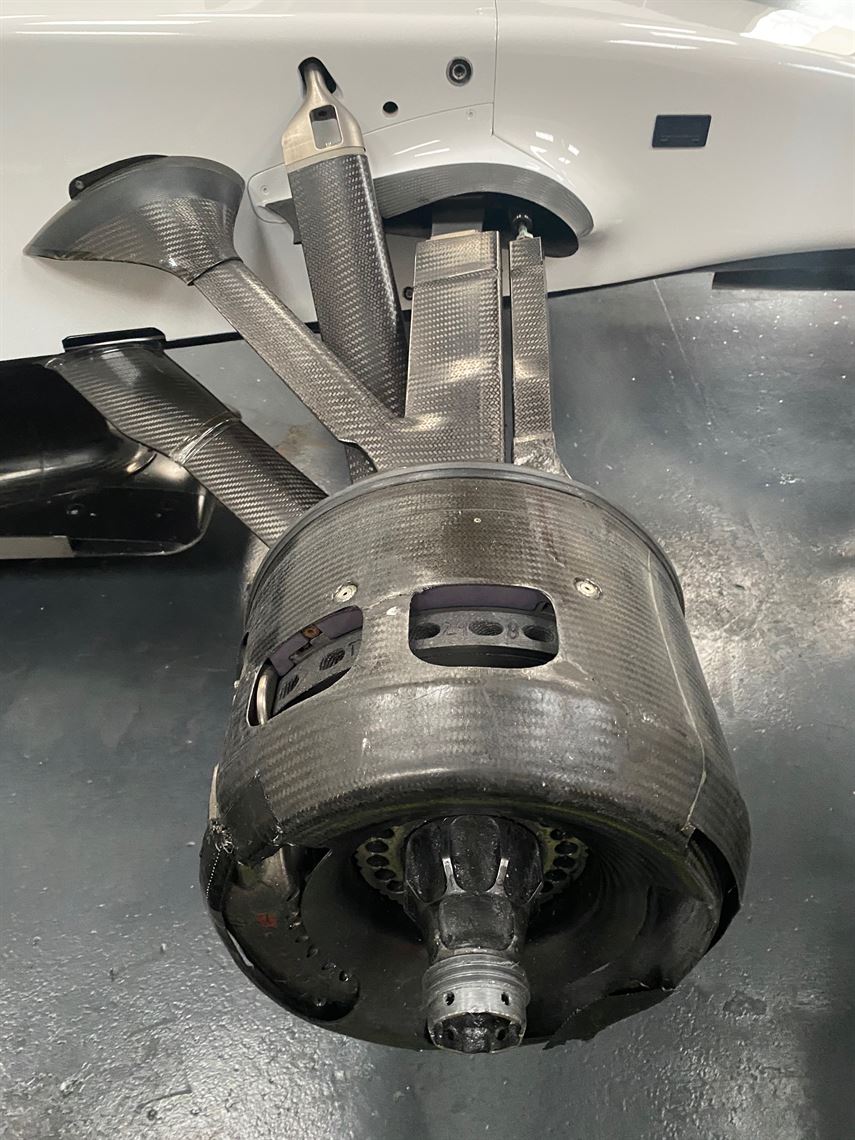 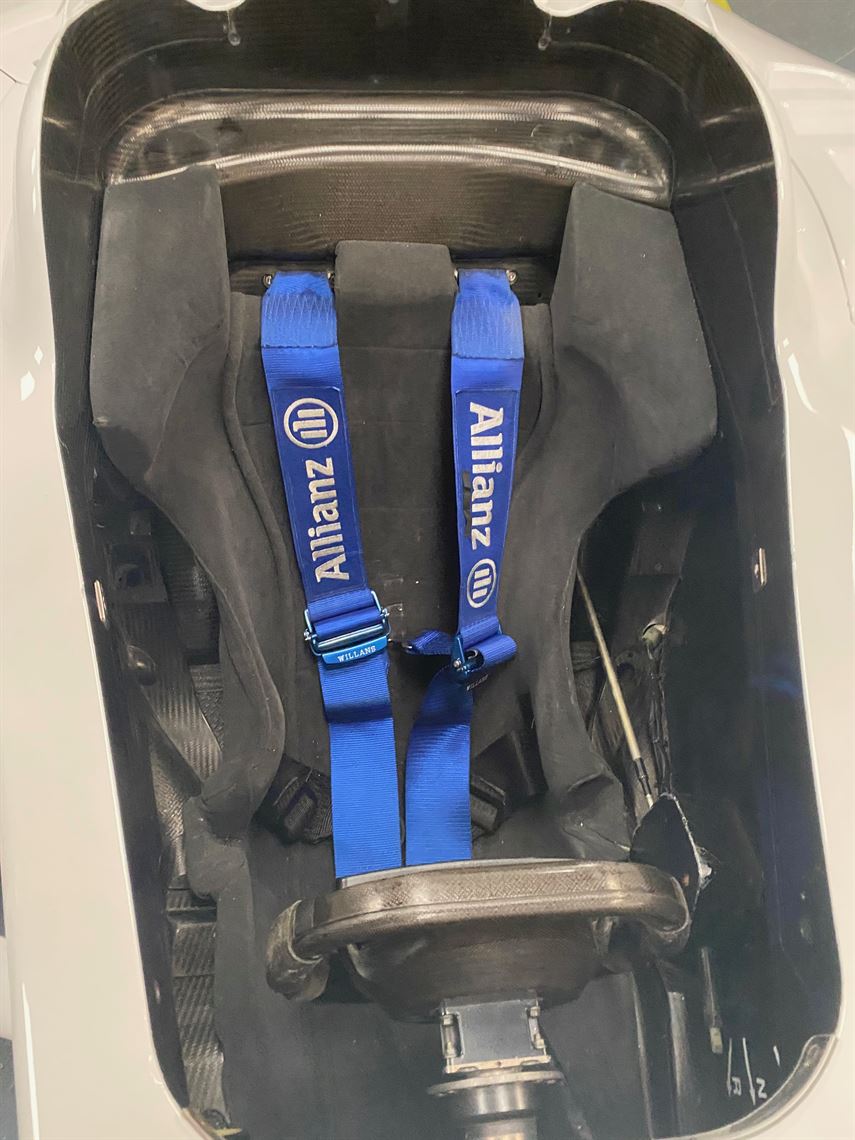 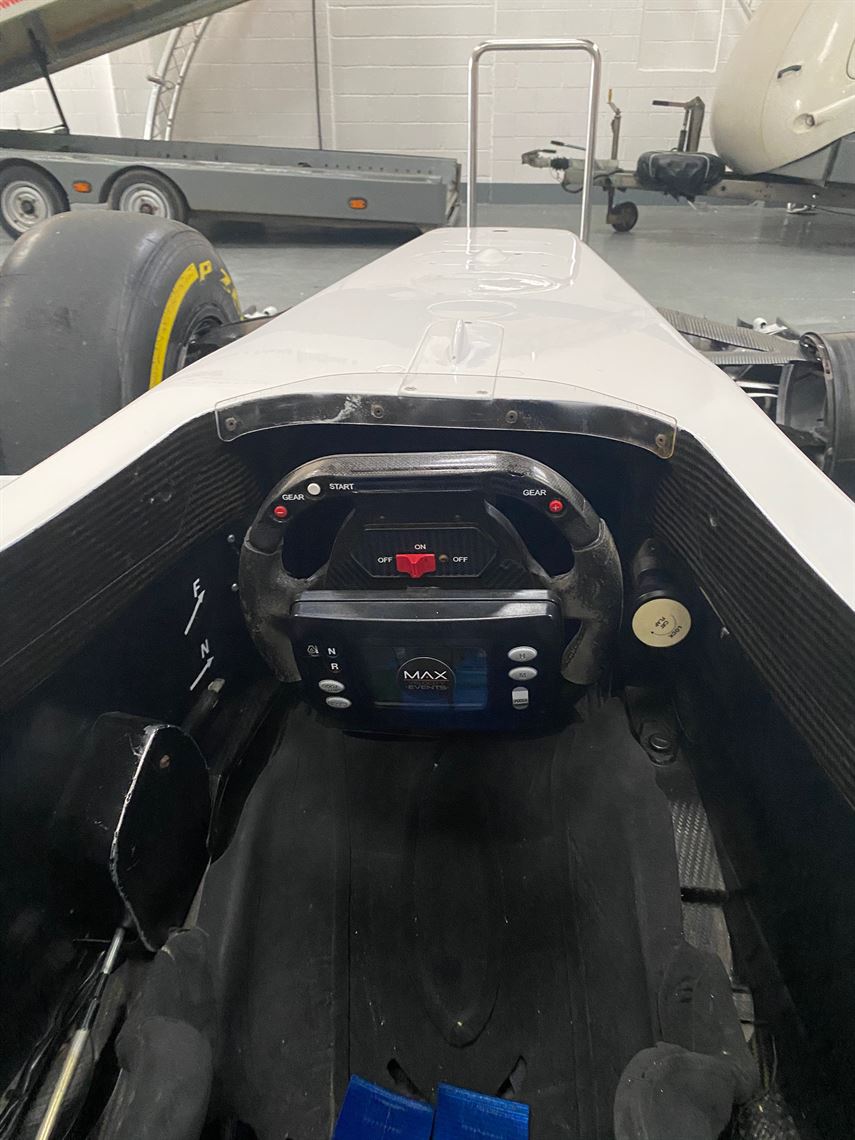 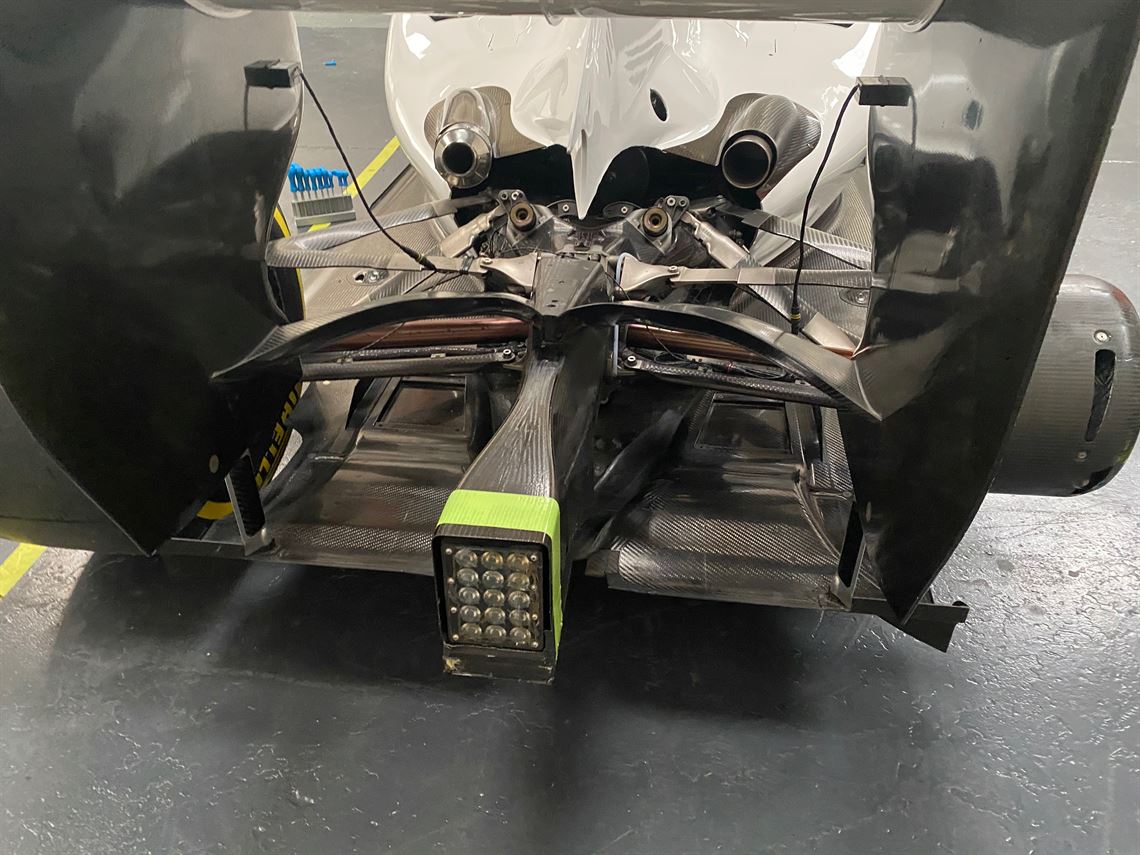 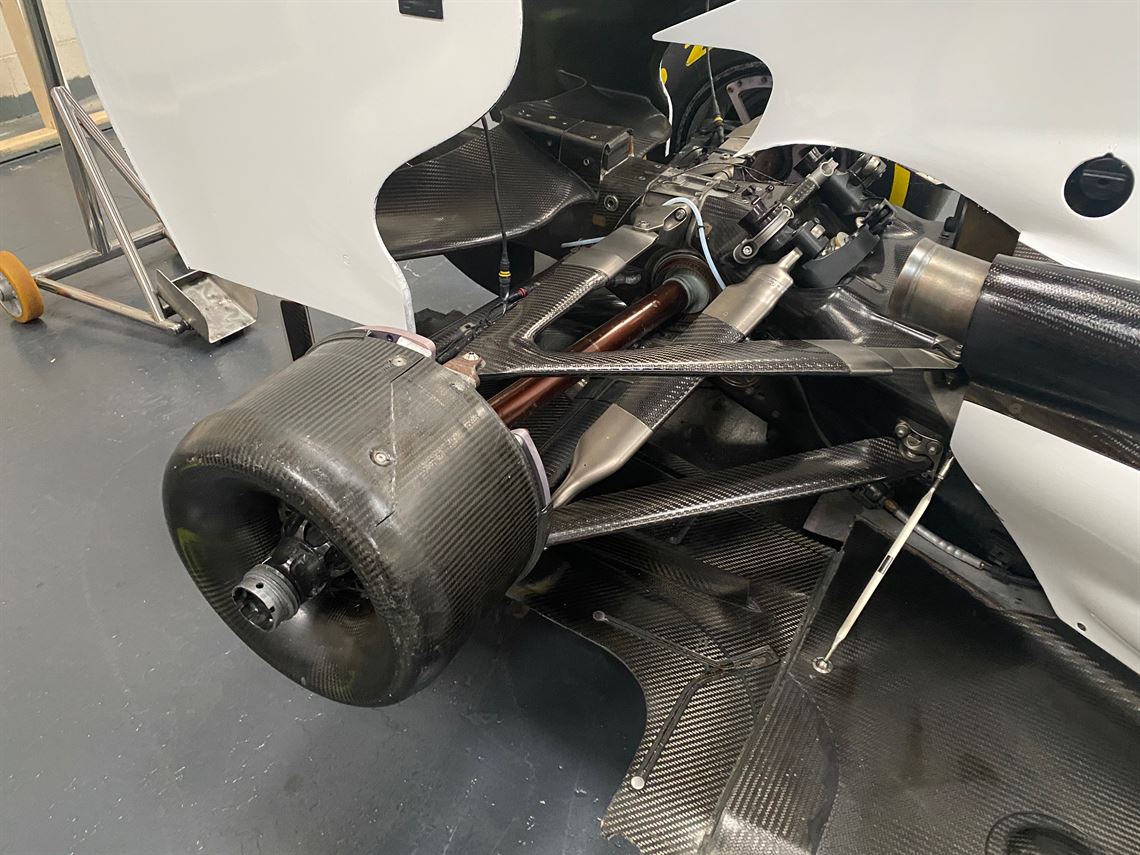 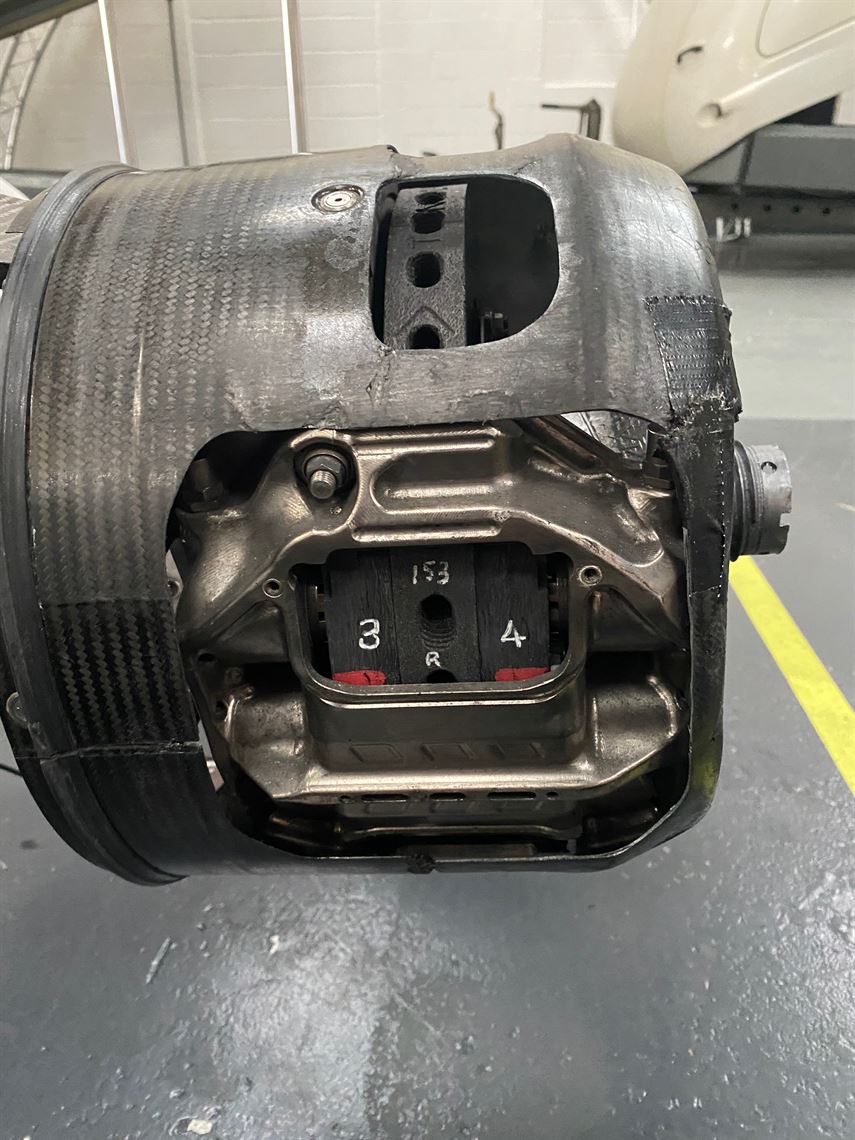 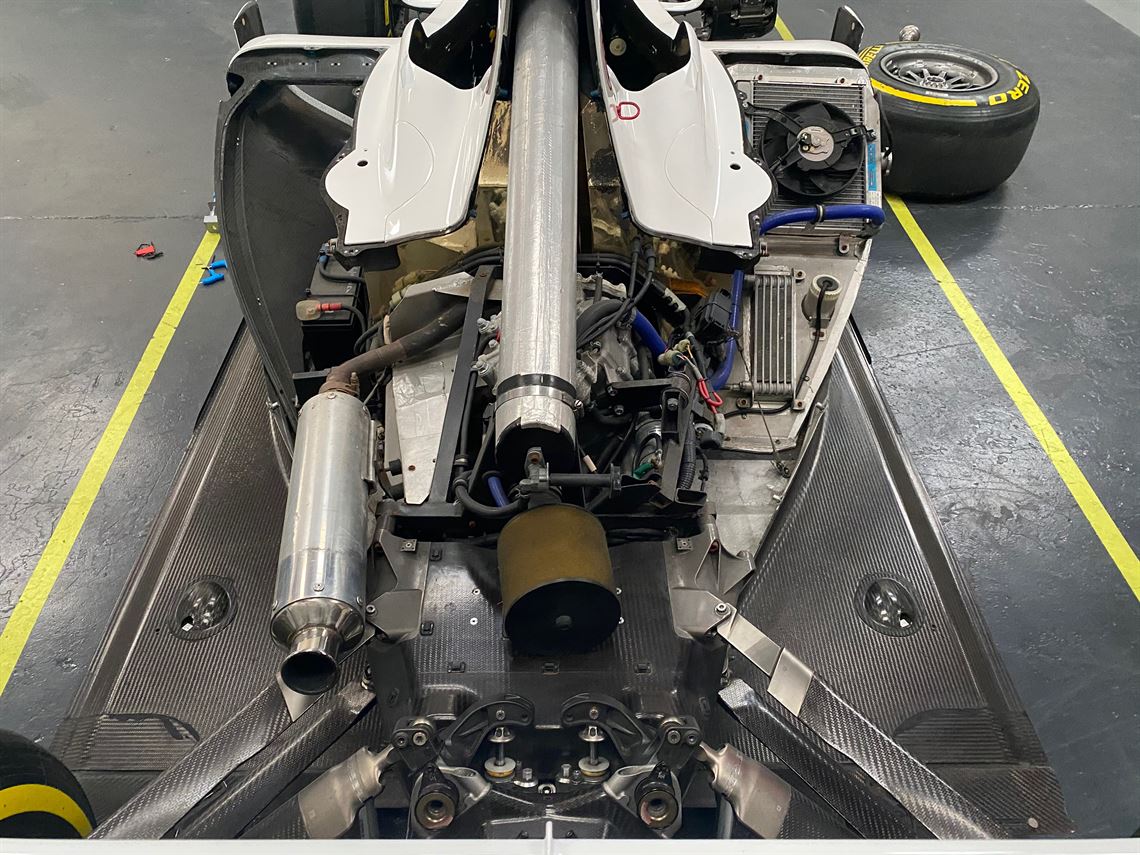 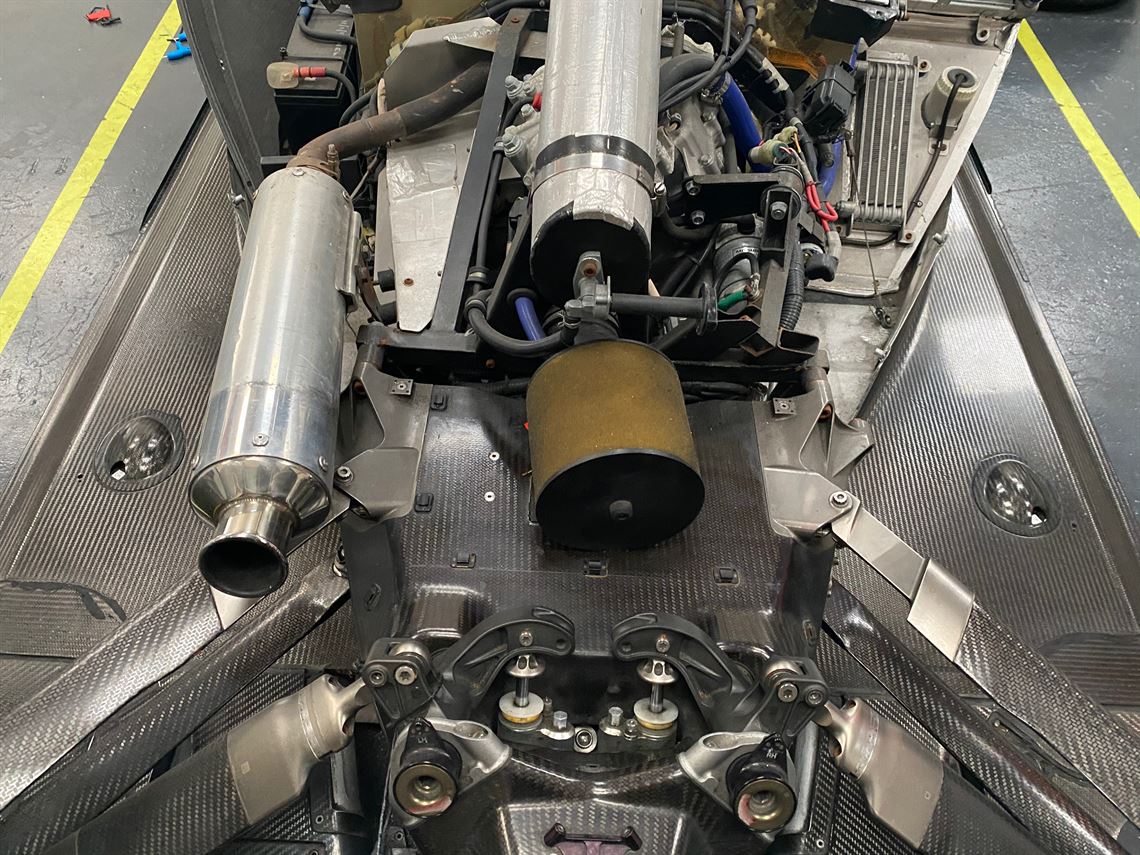 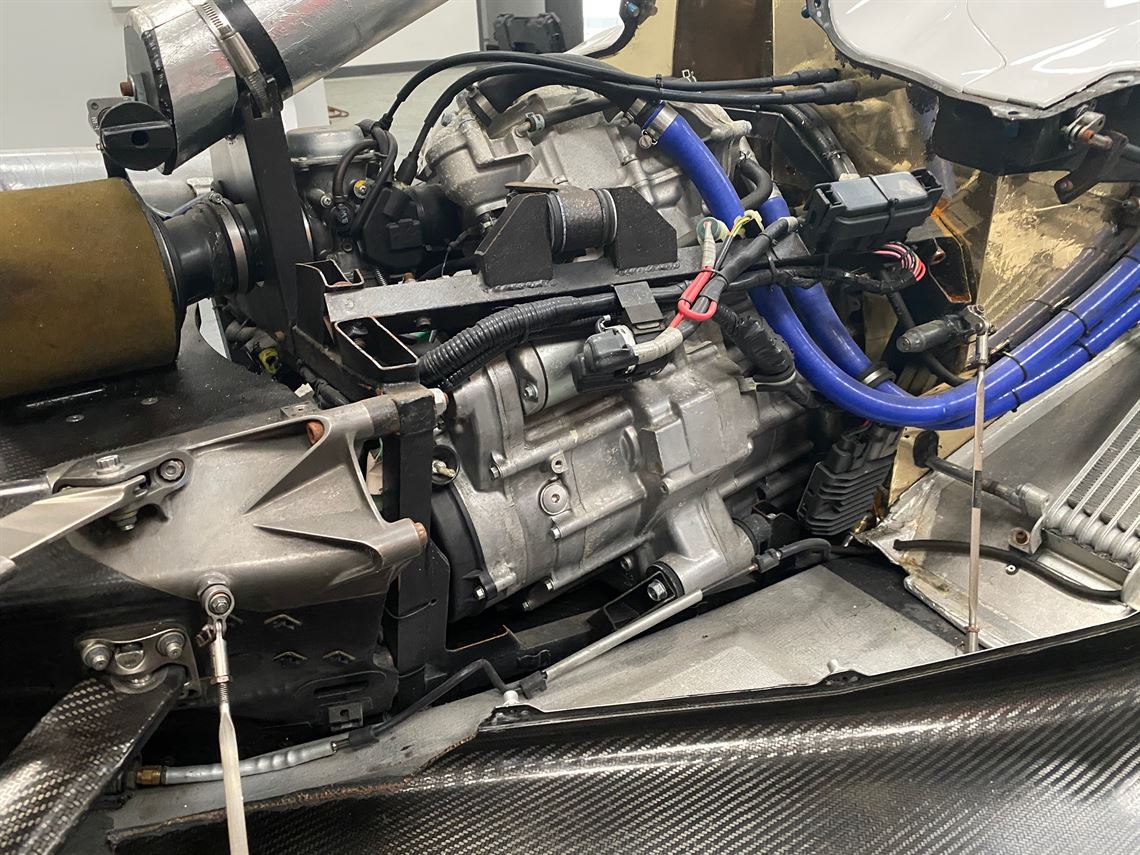 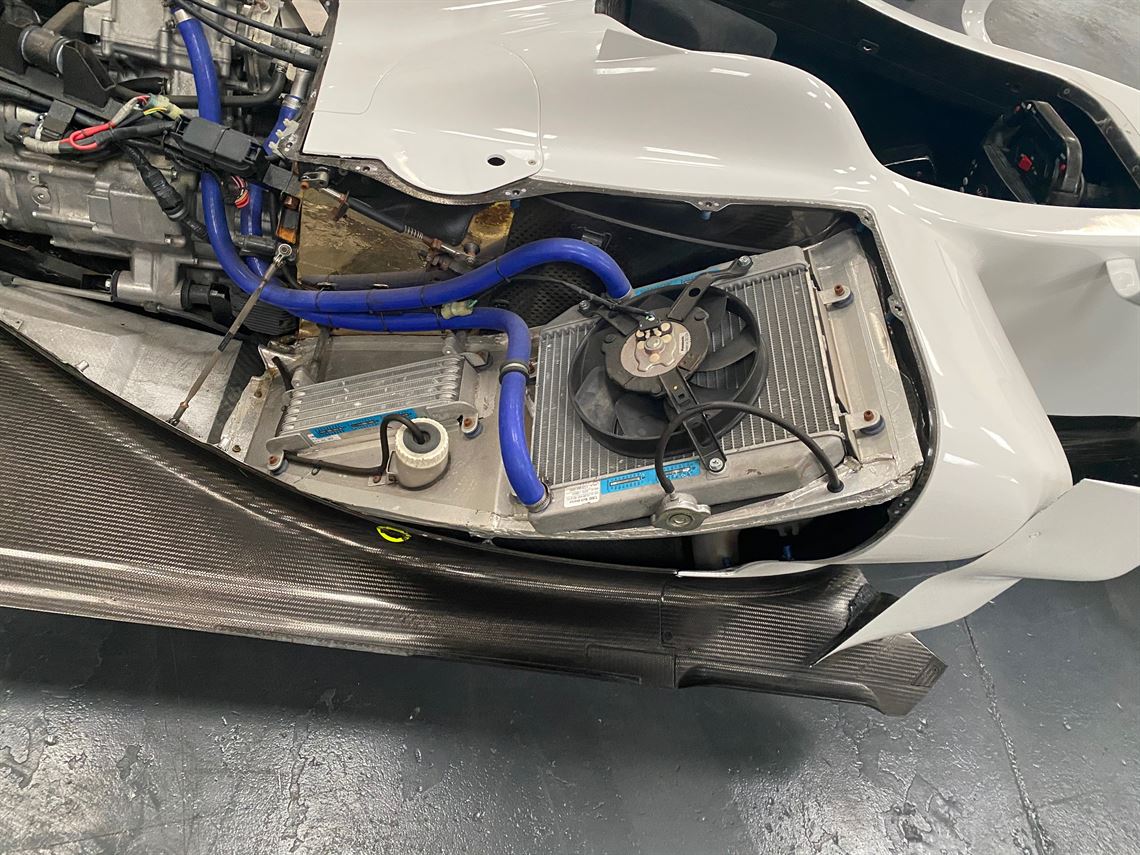 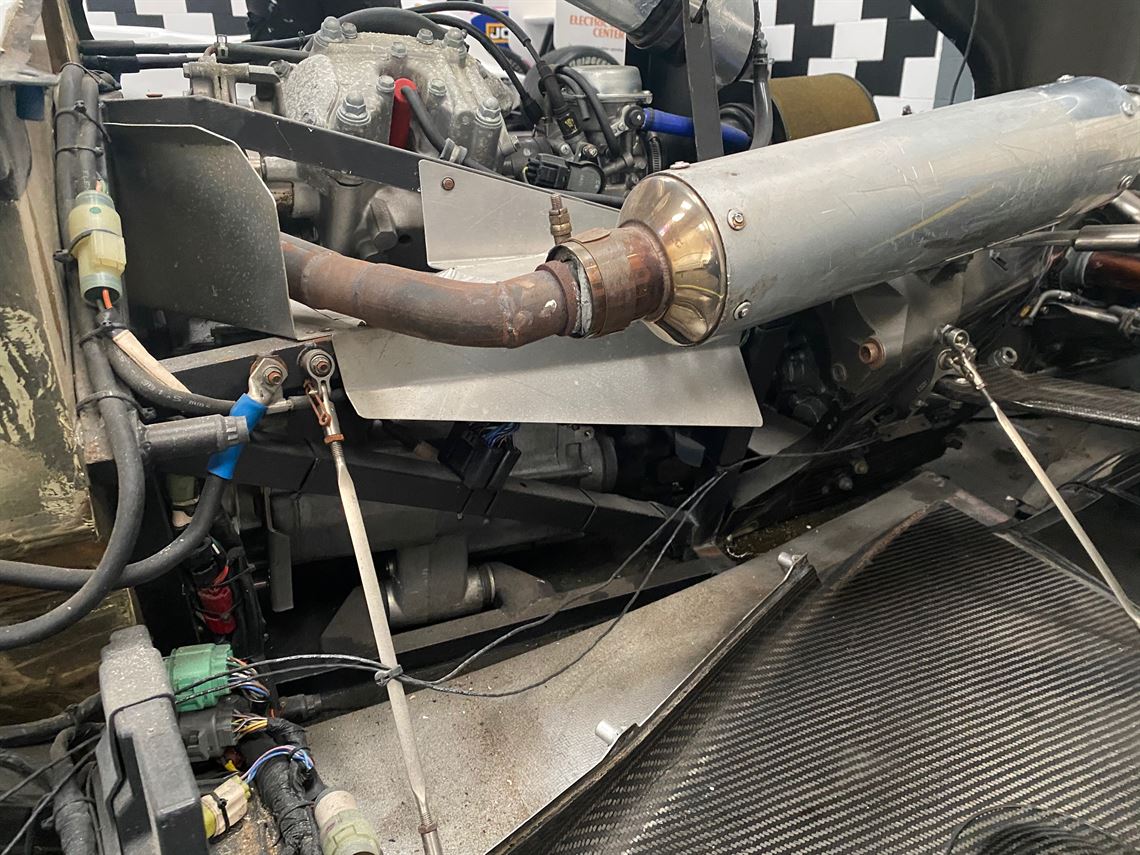 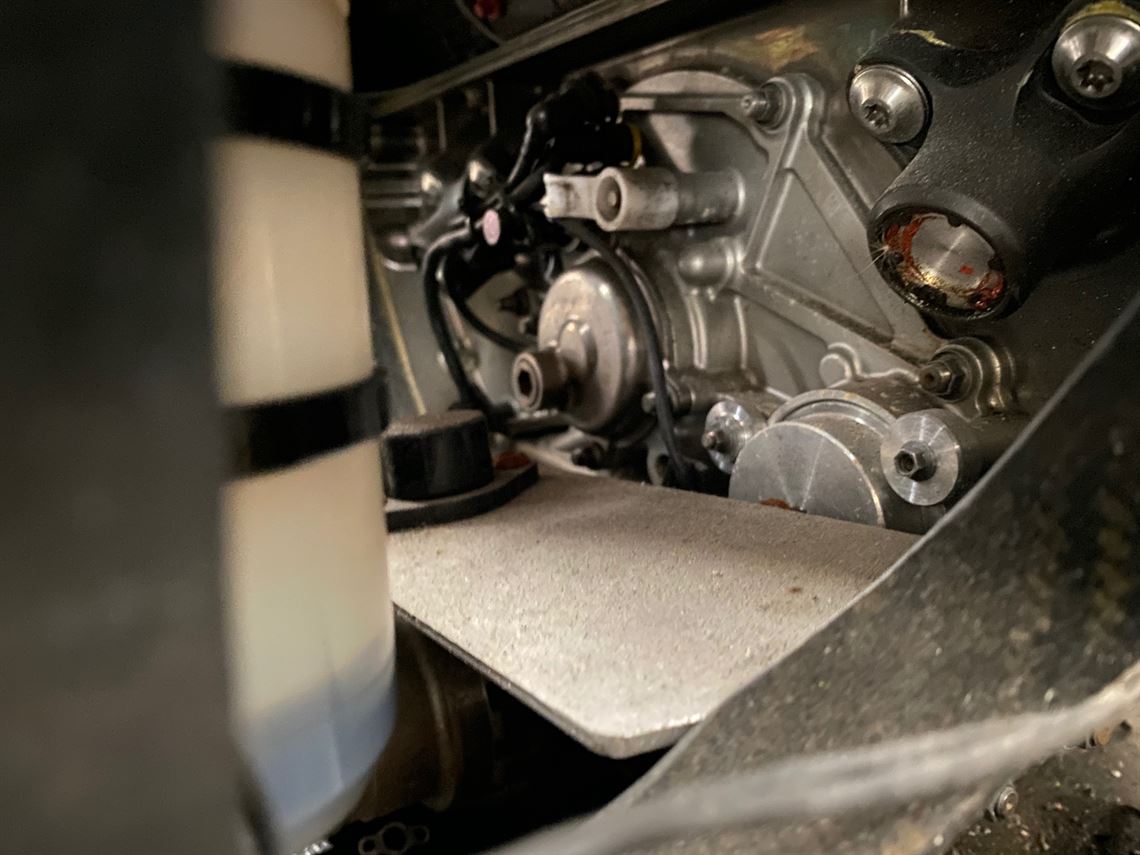 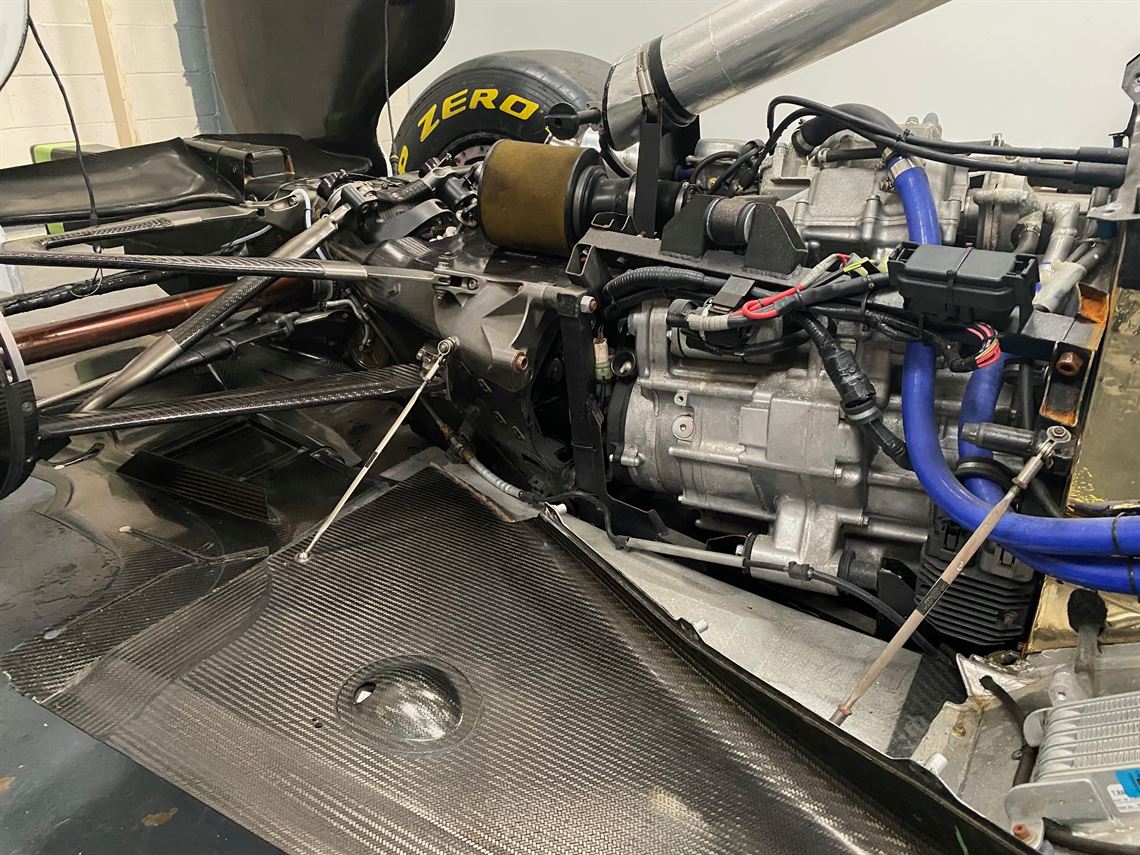 Following the race season in 2008, this car was retired from racing and used by the Mercedes Team for Pit Stop Practice. The original Honda front wing has been replaced for a W05 2014 unit along with the same era rea wing. A quadbike engine has been retro fitted to propel the car towards the team during practice - this has been paired with the original Honda diff.

This car can still be driven today even though it has been mainly used for Pit Stop Challenge work. Hubs and brakes in great condition - plently of spare wheel nuts provided with the sale, along with genuine Mercedes wheel sockets.

Paint finish in a neutral white gloss, however can be supplied in any livery if required.

Bargain and a SOLD! For sale: rolling chassis, real Formula one car.

Built for the Minardi F1 team who sold it to Cosworth who used it as an F1 support truck.

for the Race car, Molds and raw parts