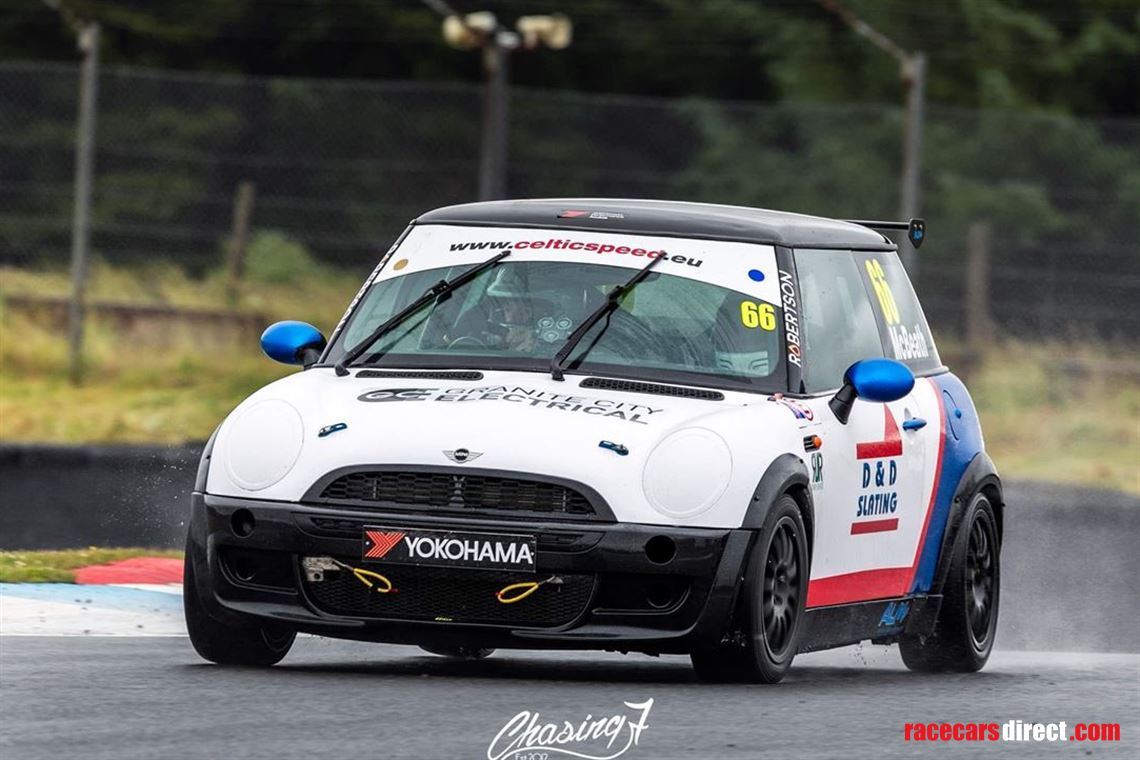 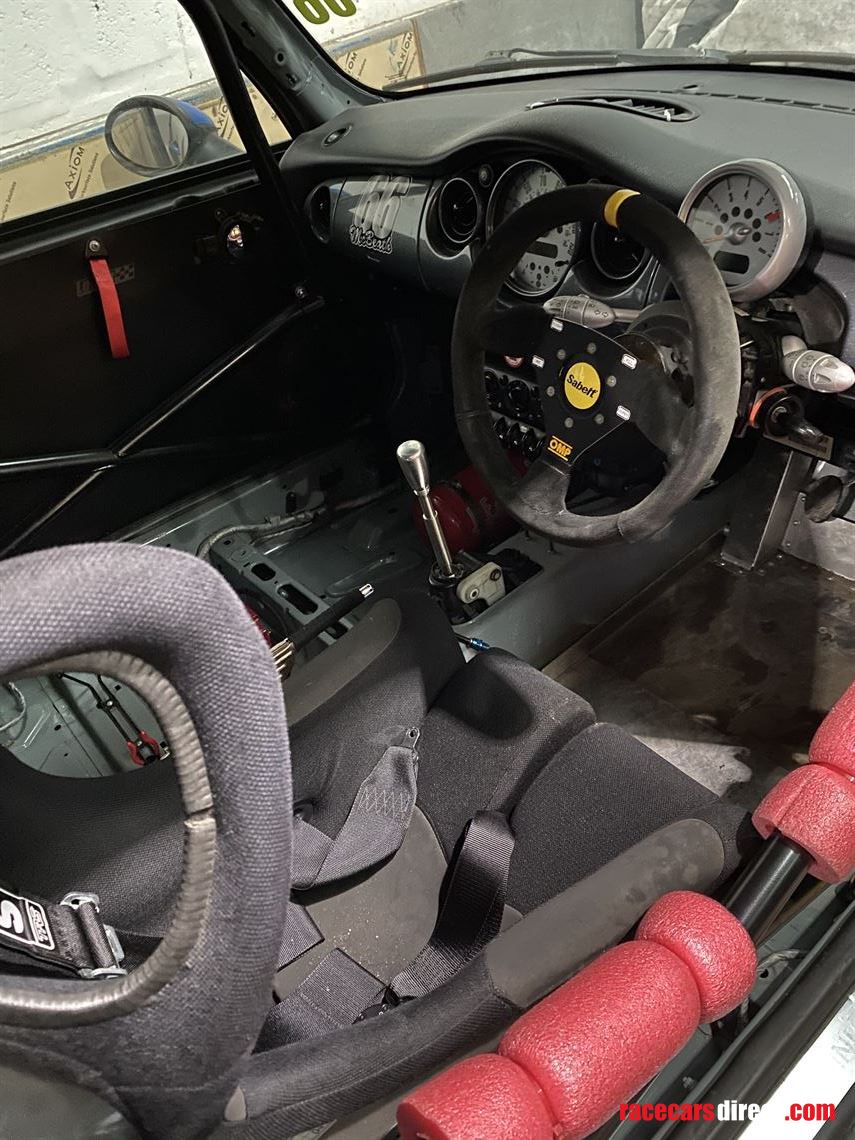 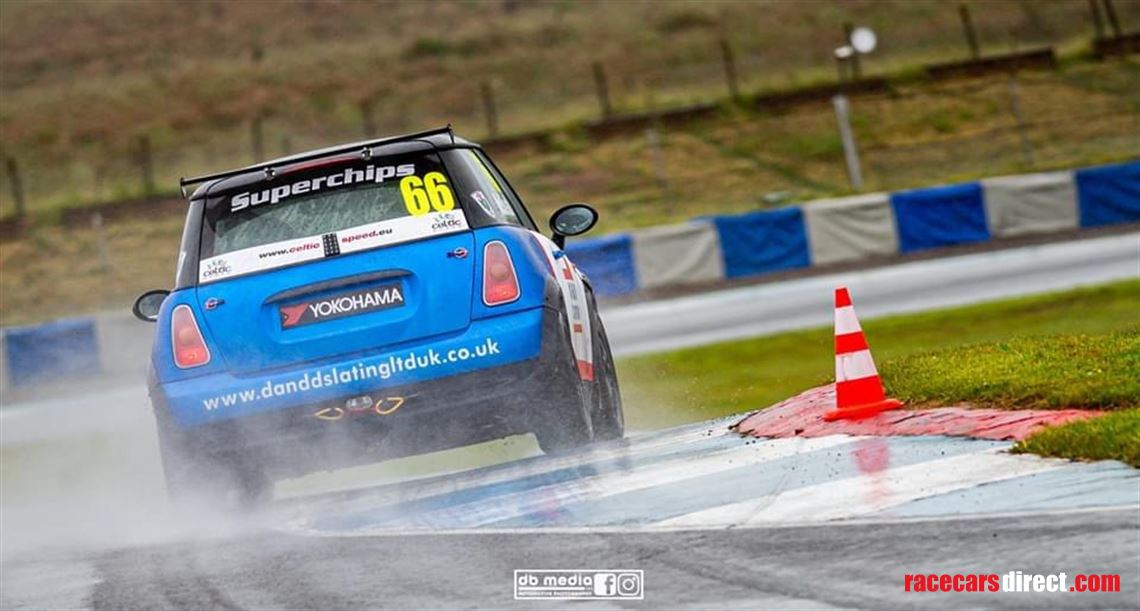 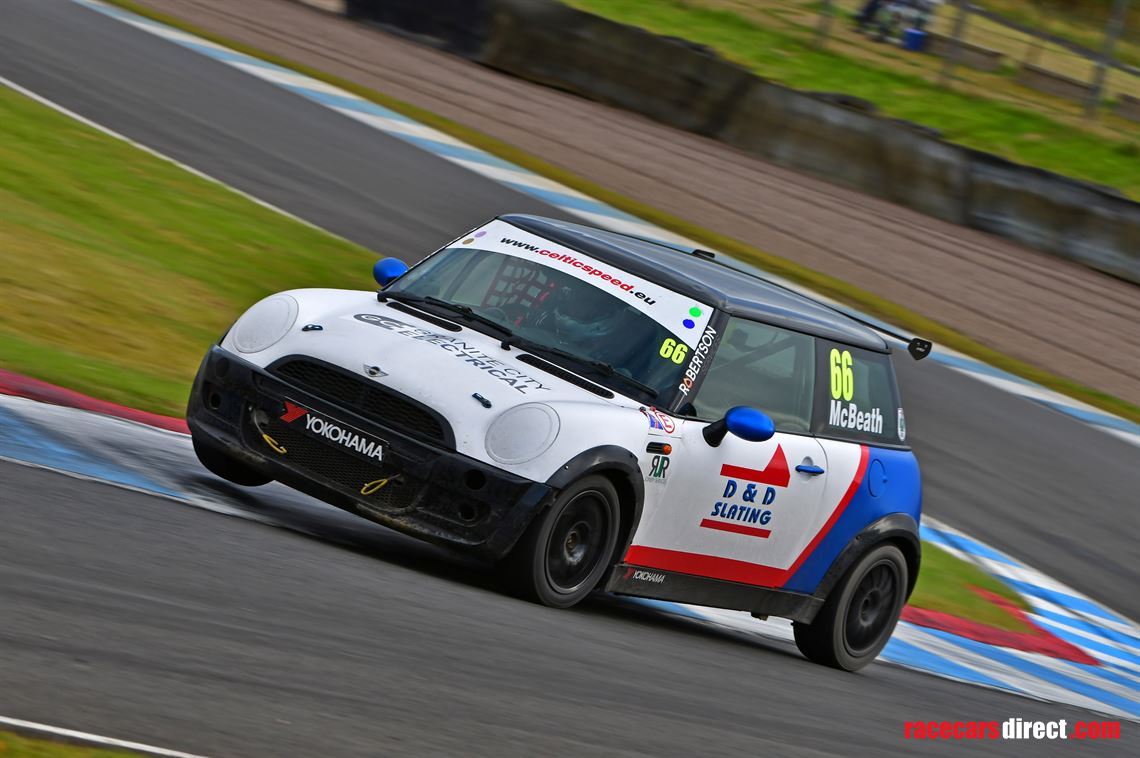 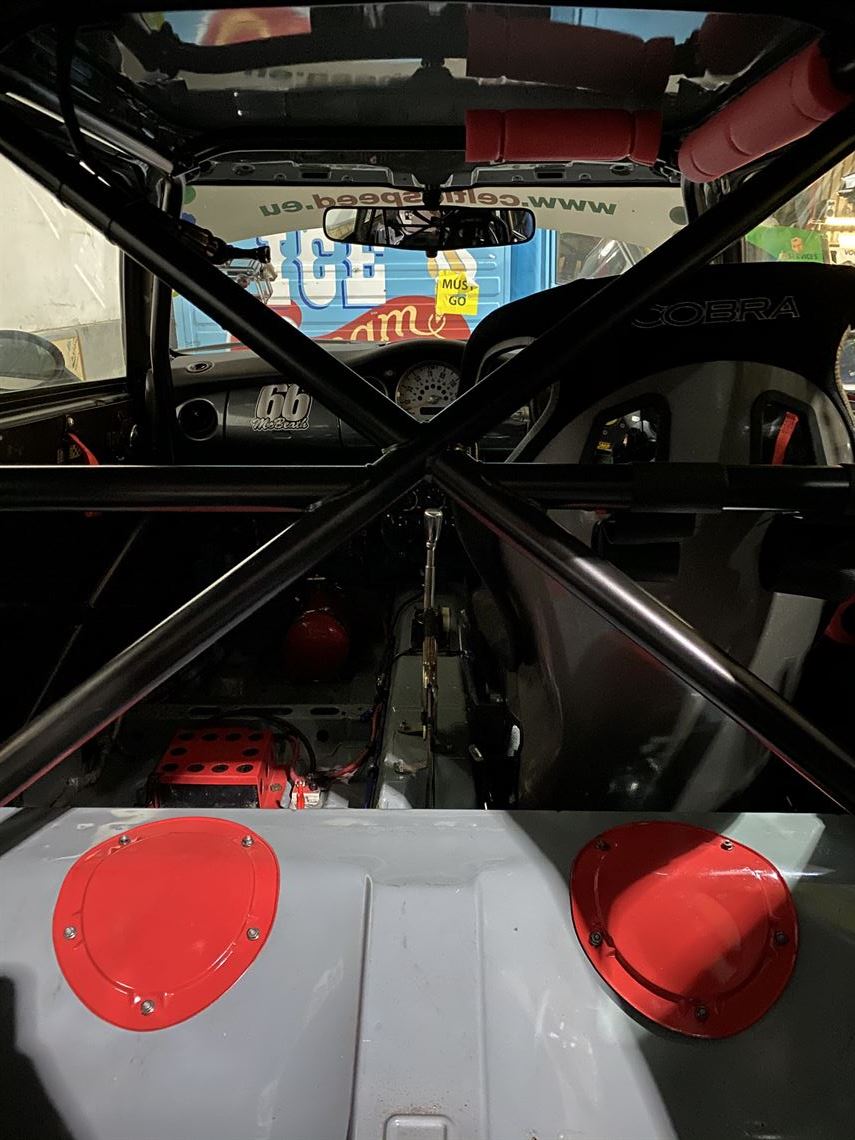 Built to SMRC Celtic speed Scottish Mini Cooper cup regulations and one of the better examples with brand new getrag gearbox that's only done 2 race meetings and LEDA suspension that was fully rebuilt before the last meeting at great expense, invoice will be provided.

Strong engine from low mileage donor car fitted this year and serviced after every meeting and trackday. Brand new Ramair filter, Cartek isolator and lifeline extinguisher all plumbed ready to race and Mylaps transponder hard wired. The fan is also on a switch so no worrying it's not on. Nearly everything has been powdercoated underneath.

Car will come with almost every spare engine component, a spare brand new battery, jcw front bumper, 2 sets of championship team dynamic alloys with tyres and a few spare tyres with a race or 2 left in them.

I also have a complete donor car I would be happy to strip for the likes of bonnet, doors etc.

Bad (ish) points, anyone who has watched a Scottish mini race will know it can get a bit hairy at times.

The car has a few battle scars on the right hand door and the odd tyre mark which is to be expected with such close racing and a 5p sized chip in the windscreen. Car is currently vinyl wrapped but is painted titanium grey.

Perfect for a smrc C1 graduate or can be used in the MINI CHALLENGE cooper class or knockhills own SLS mod sports series and considerably cheaper than building a competitive car.

Only selling due to other plans for next season, Located in Aberdeen Scotland.

The last and only car developed by Ralph Broad and Reine Wisell to the strict Group 2 regulations.