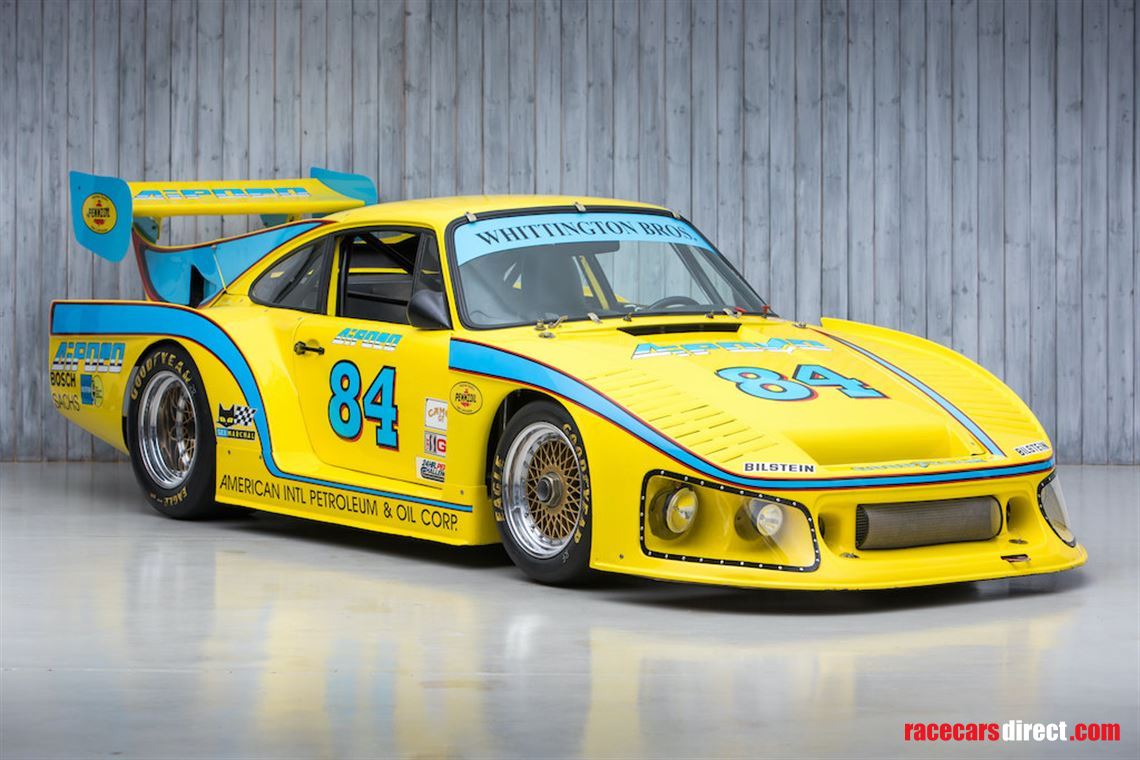 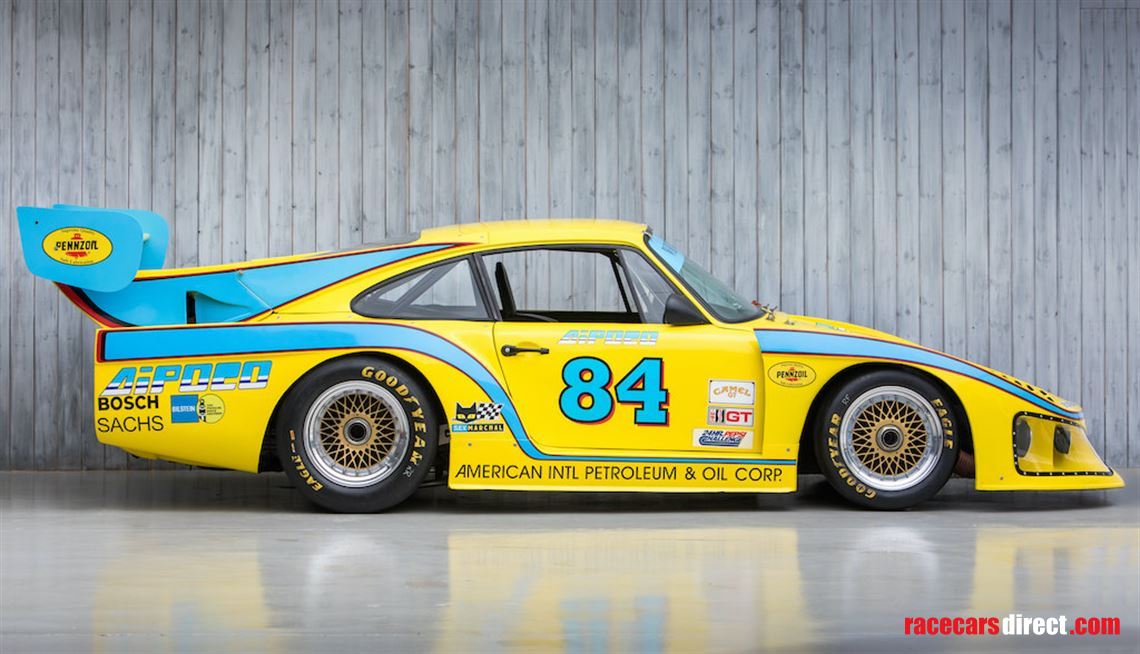 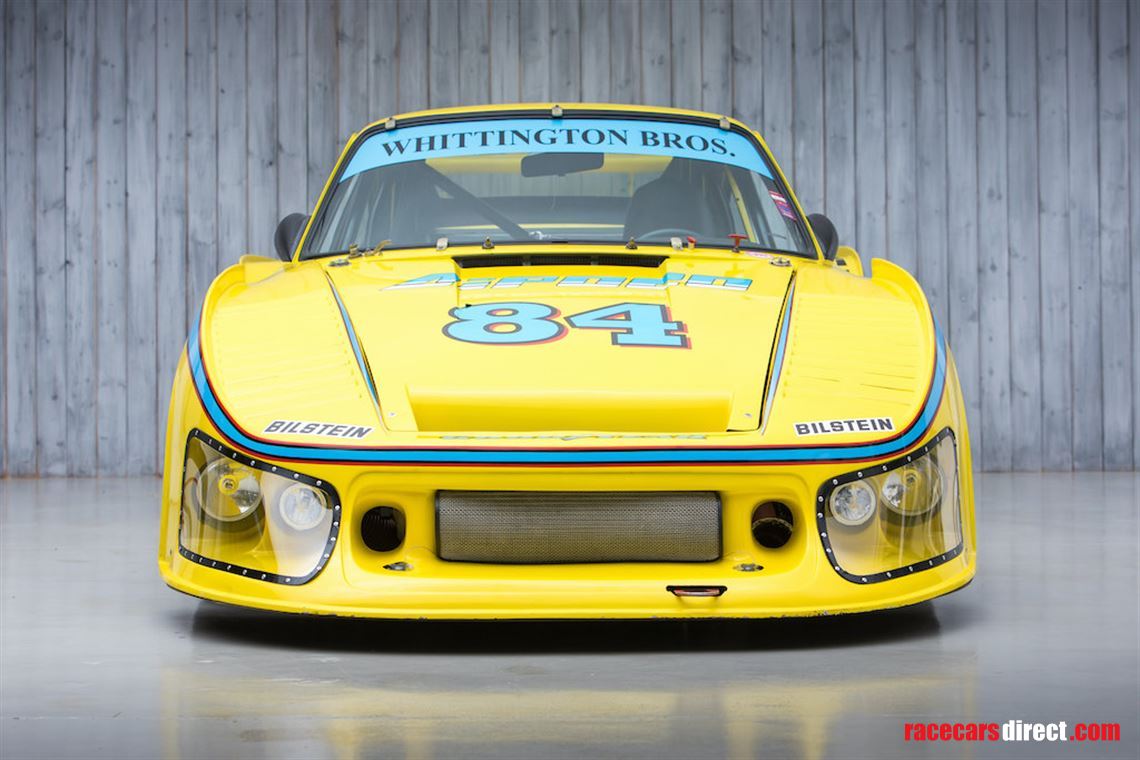 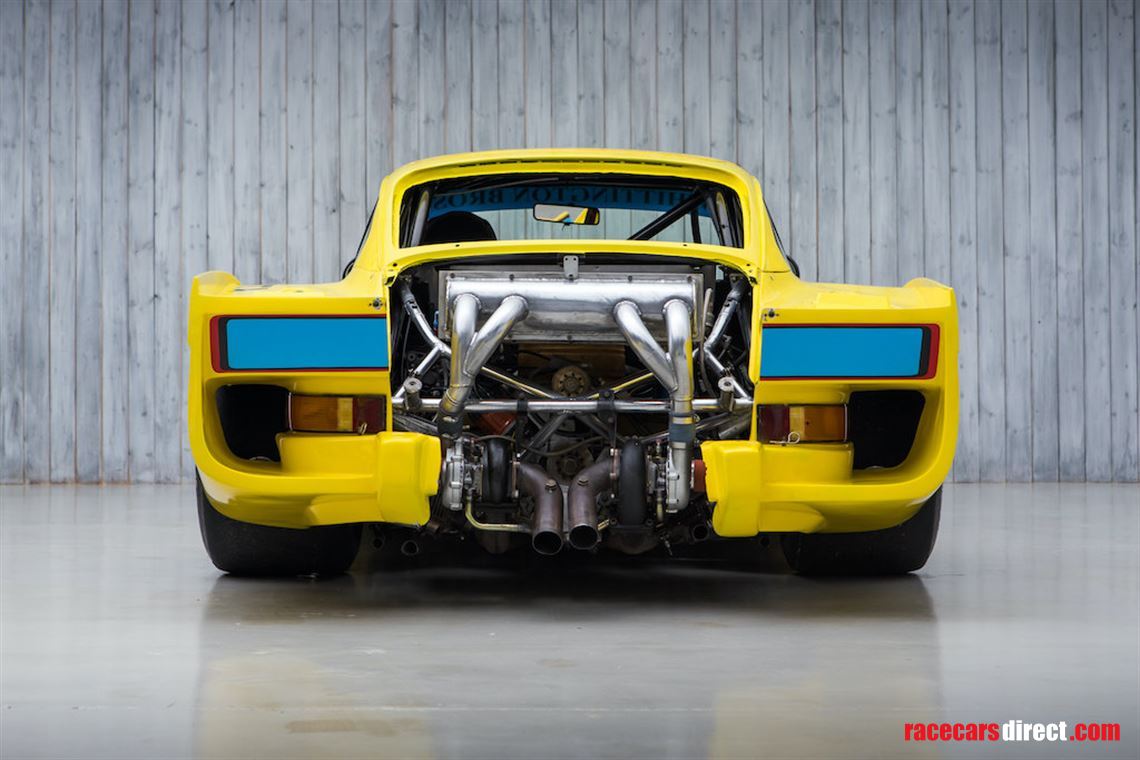 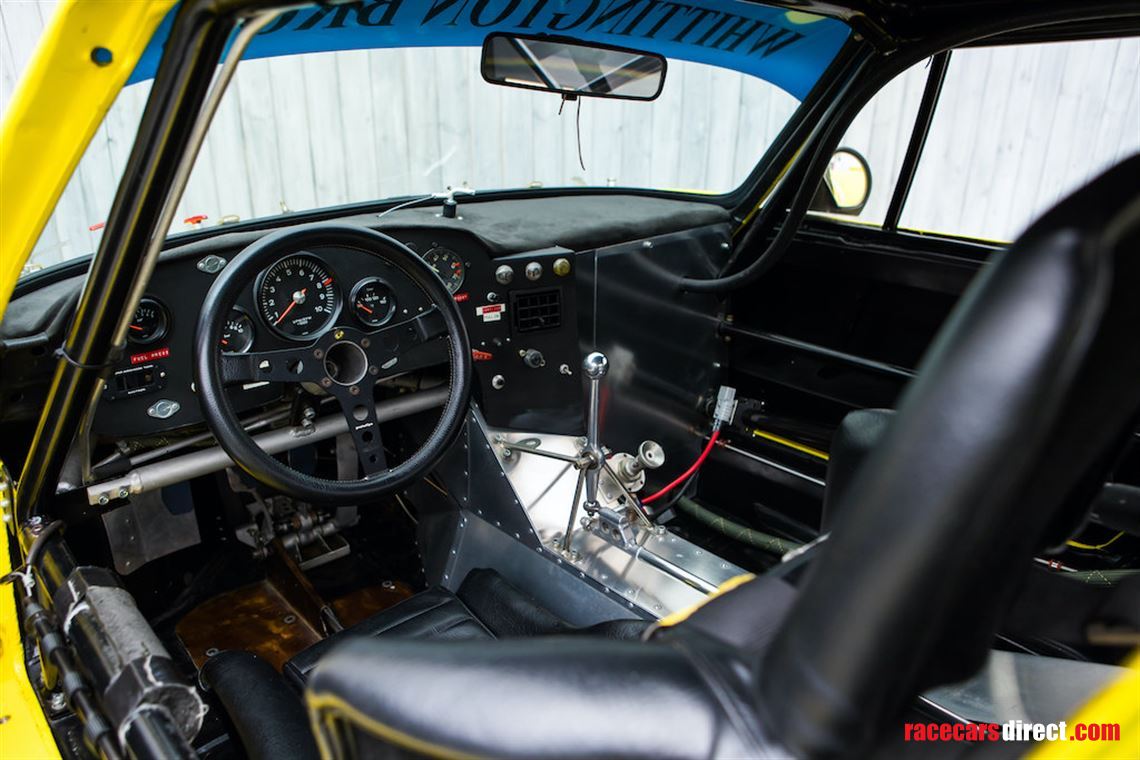 One of just 31 Porsche 934s built in 1976, and ordered new in red by George Loos of the GELO Racing Team. Loos cancelled the order, and 0171’s first owner was instead Swiss racer Claude Haldi. Haldi campaigned 0171 over three seasons in the World Manufacturer’s Championship, the European Hillclimb Championship and Deutsche Rennsport Meisterschaft, sharing with drivers including Herbert Mueller and Reinhold Joest.

Bought by El Salvadorian Minister for Sport, Enrique Molins, known as ‘Jamsal’, in mid 1978, and upgraded to 935/77 body specification. ‘Jamsal’ and 0171 took four victories in ’78, racing in Central America.

0171 was upgraded to full 935 specification in 1981 by Chuck Gaa of GAACO in Georgia. Fitted with an Andial built 3.2 litre, flat fan, twin ignition, twin turbo engine and factory 935 upside down gearbox, 0171 was finished with AIR’s M16 bodywork, derived from the Kremer K3.

‘Jamsal’ went on to take 0171 to three Daytona 24 Hours and Sebring 12 Hours races, along with varying IMSA GTX and GTO outings, with the bodywork specification varying accordingly. He also had a close rivalry with friend Kikos Fonseca and his similarly upgraded 934 in Central America, with 0171 wearing a Coca Cola and then Shell/Dunlop livery.

Having been retired from competition by ‘Jamsal’, 0171 was sold in 1989 to the USA, and was subsequently part of a number of distinguished Porsche collections. Restored from 2000 by Jerry Woods and Brumos engineers, 0171 and its 735bhp at 1 bar boost engine have seen limited running on track, with only around 5 hours use.

With 2015 ACCUS FIA HTPs valid until 2025, 0171 combines an incredible race record with the out and out performance of a 935, destined to compete again on the tracks of Europe. Perhaps even a return to La Sarthe for the Le Mans Classic?

For further information on the 1976 Porsche 934 Turbo RSR to 935 M16 for sale at William I'Anson Ltd, please enquire or visit our website here: https://williamianson.com/car/lemans-daytona-sebring-1976-porsche-934-turbo-rsr-to-935-for-sale/

Four participations in the 24 Hours of Daytona - Restored - sensibly priced