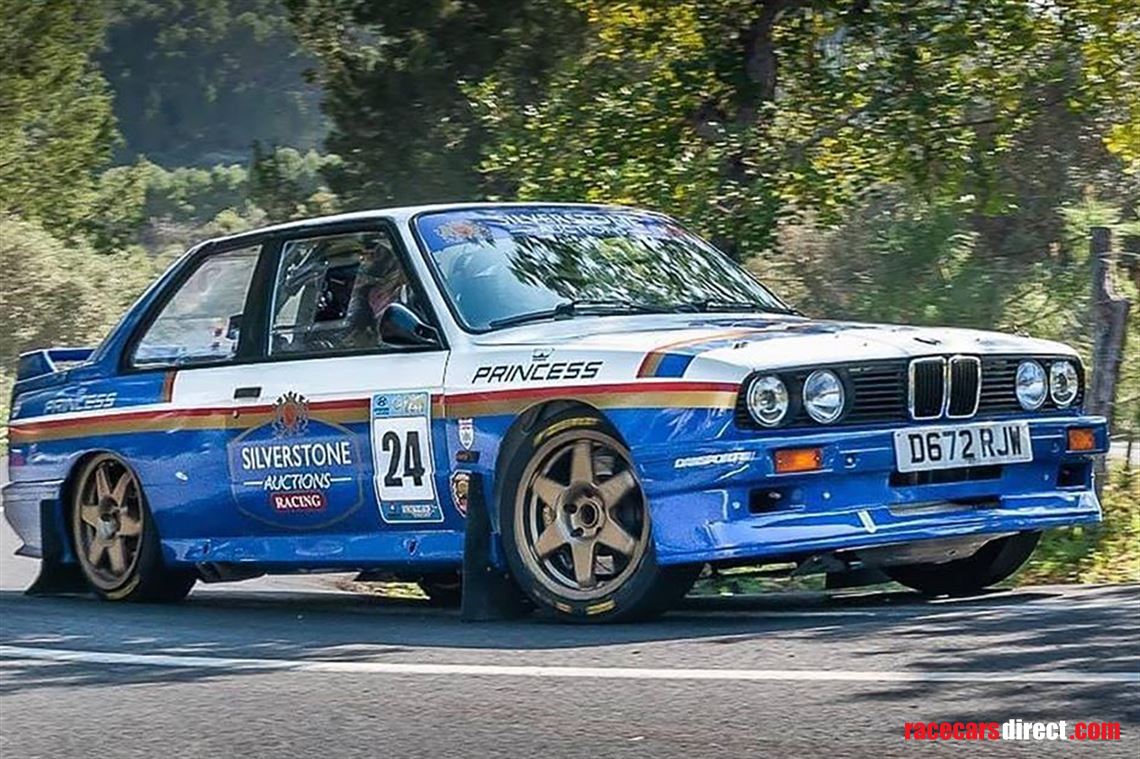 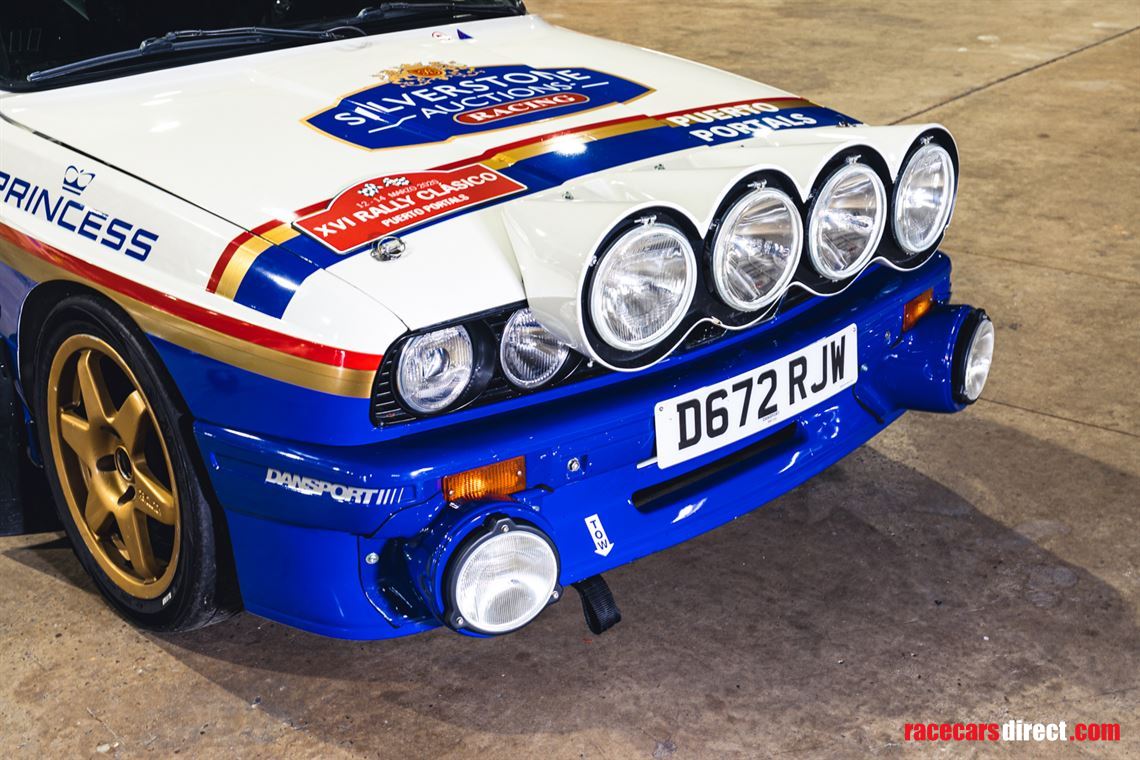 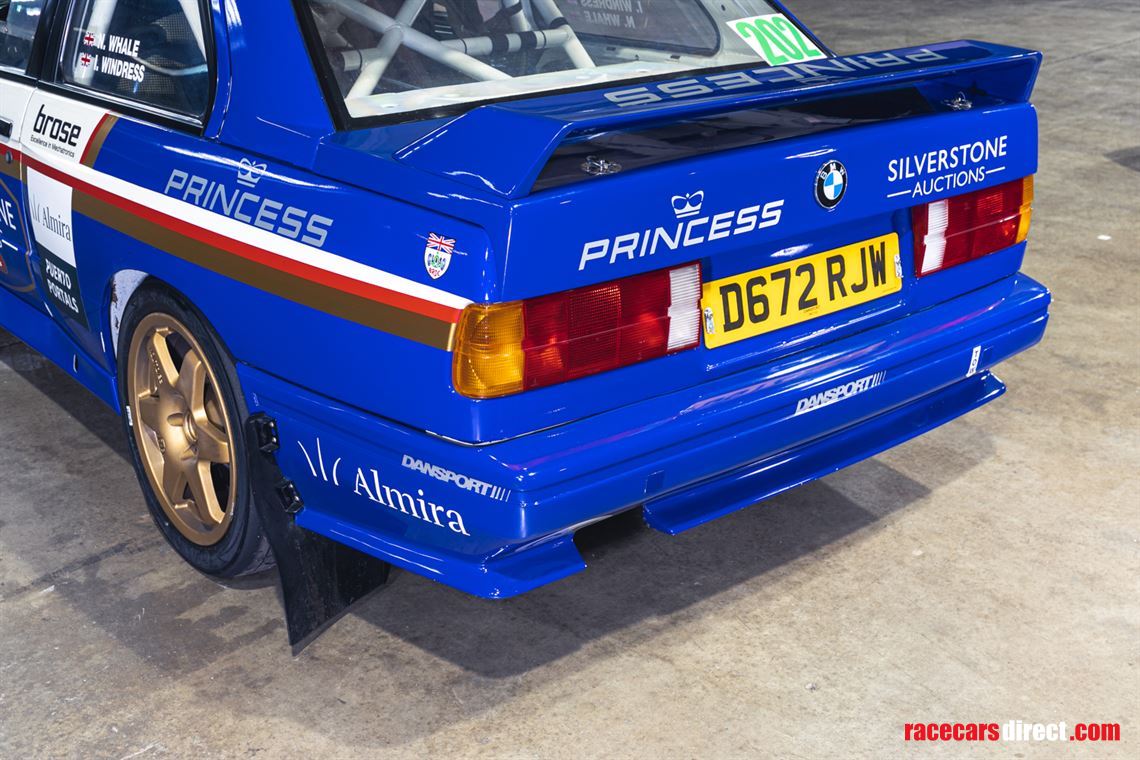 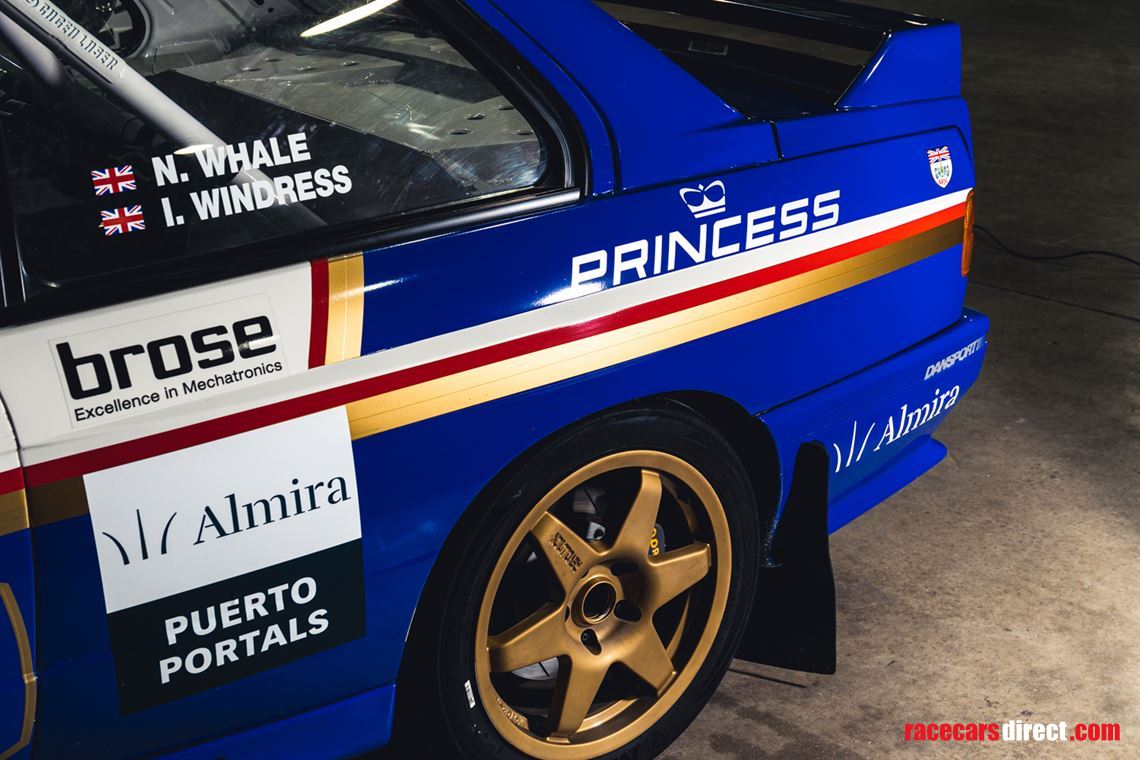 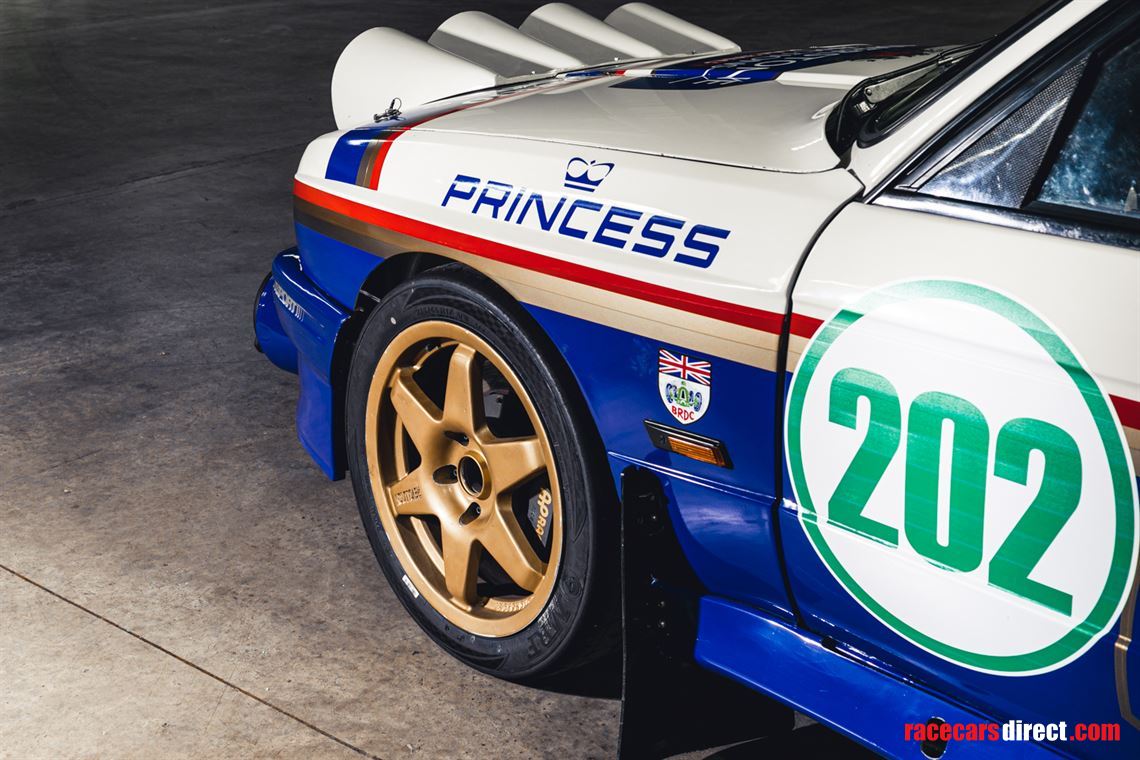 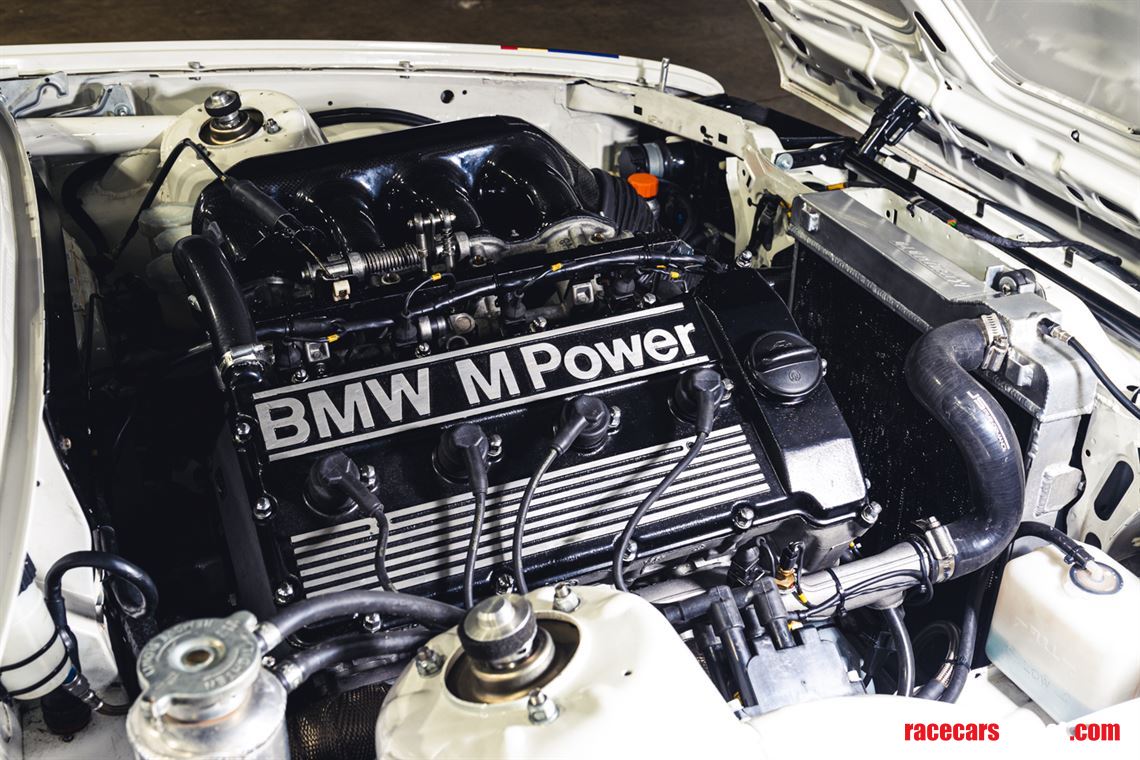 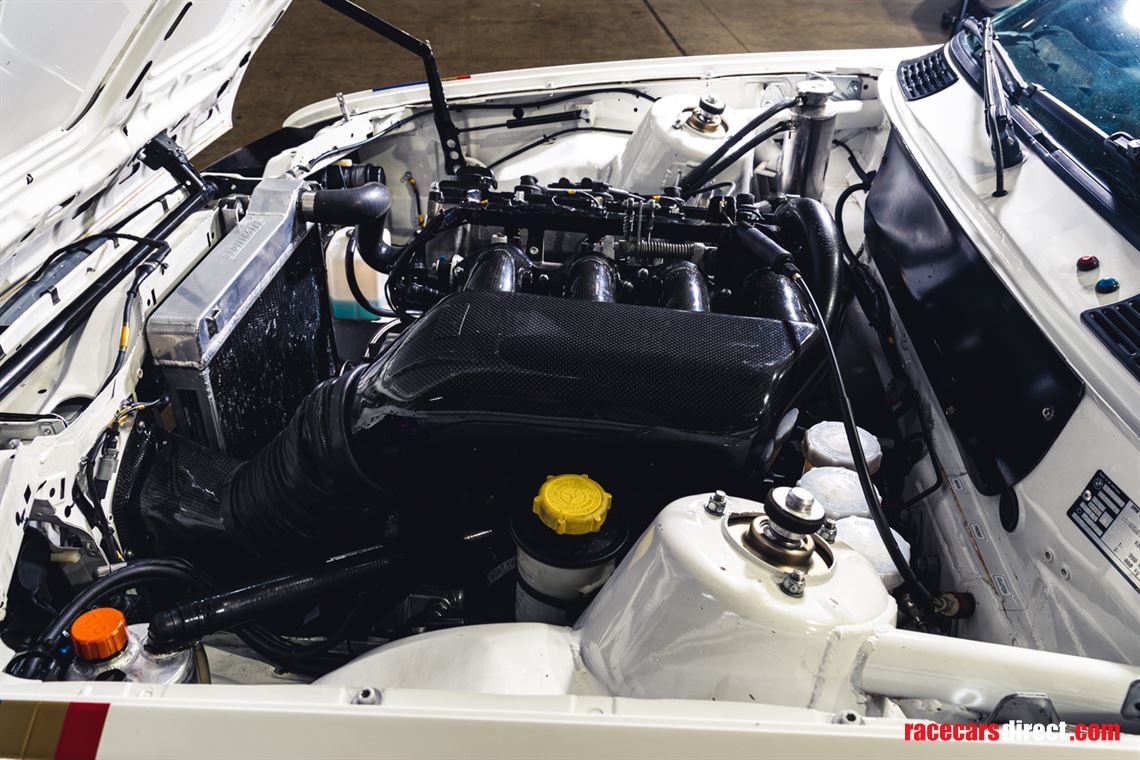 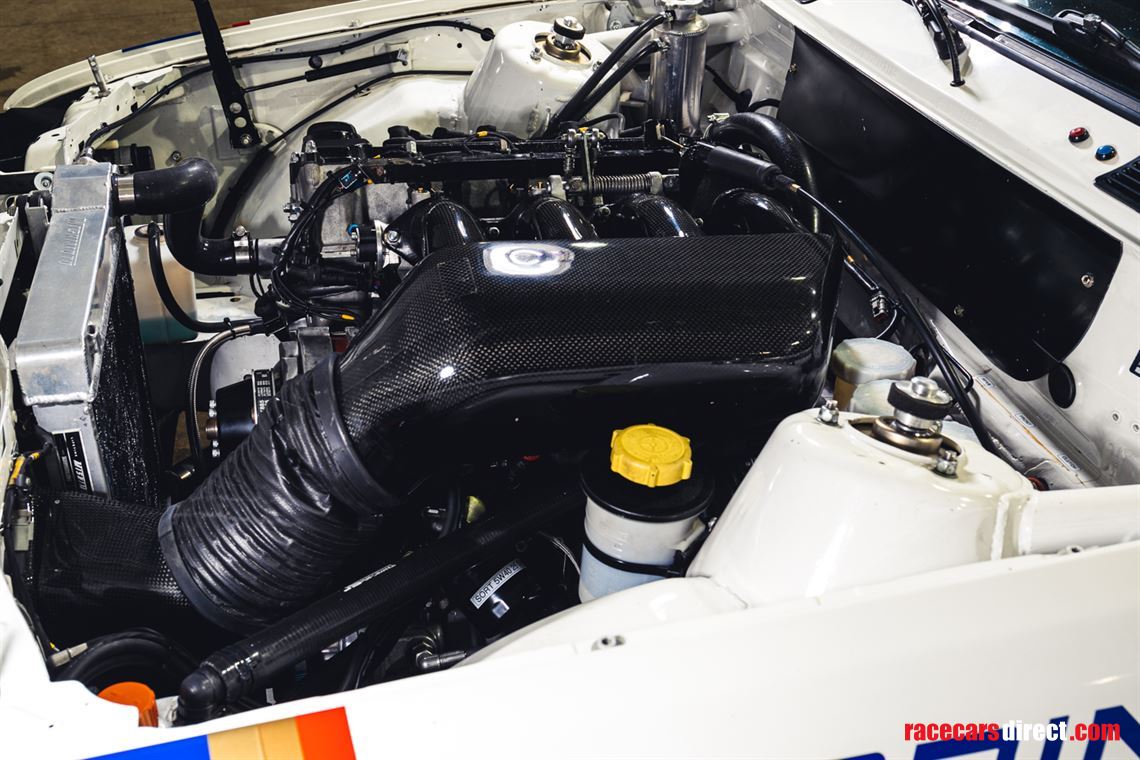 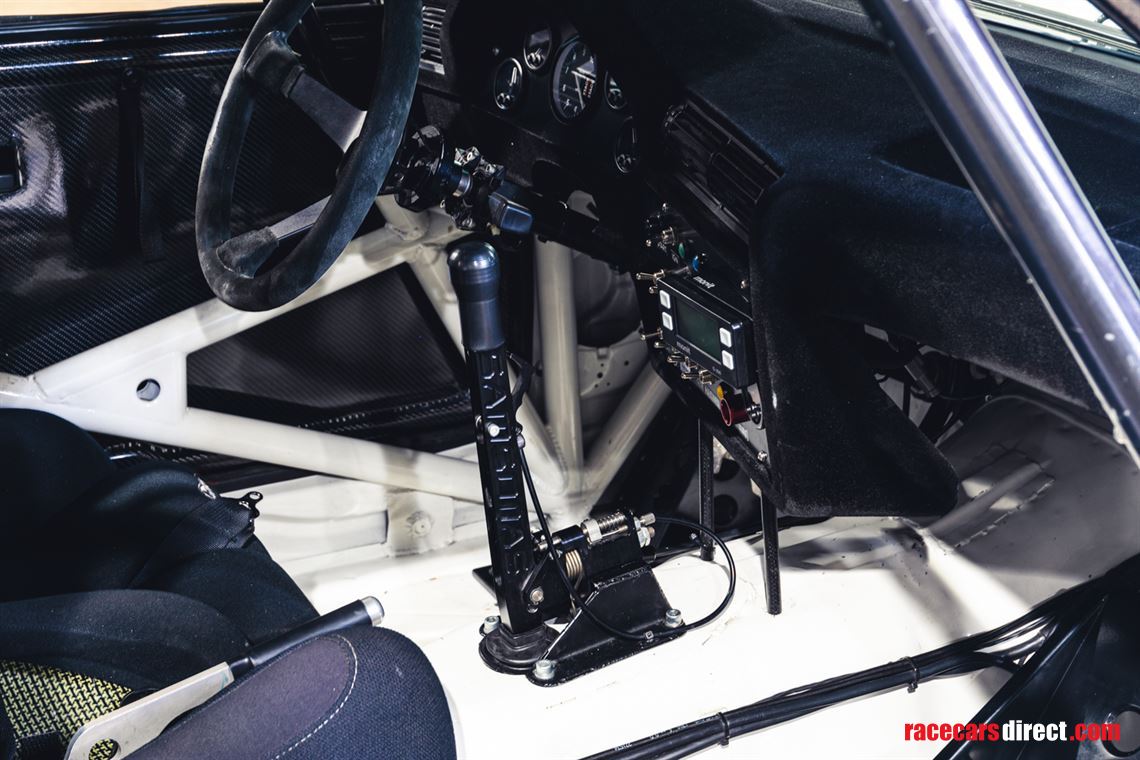 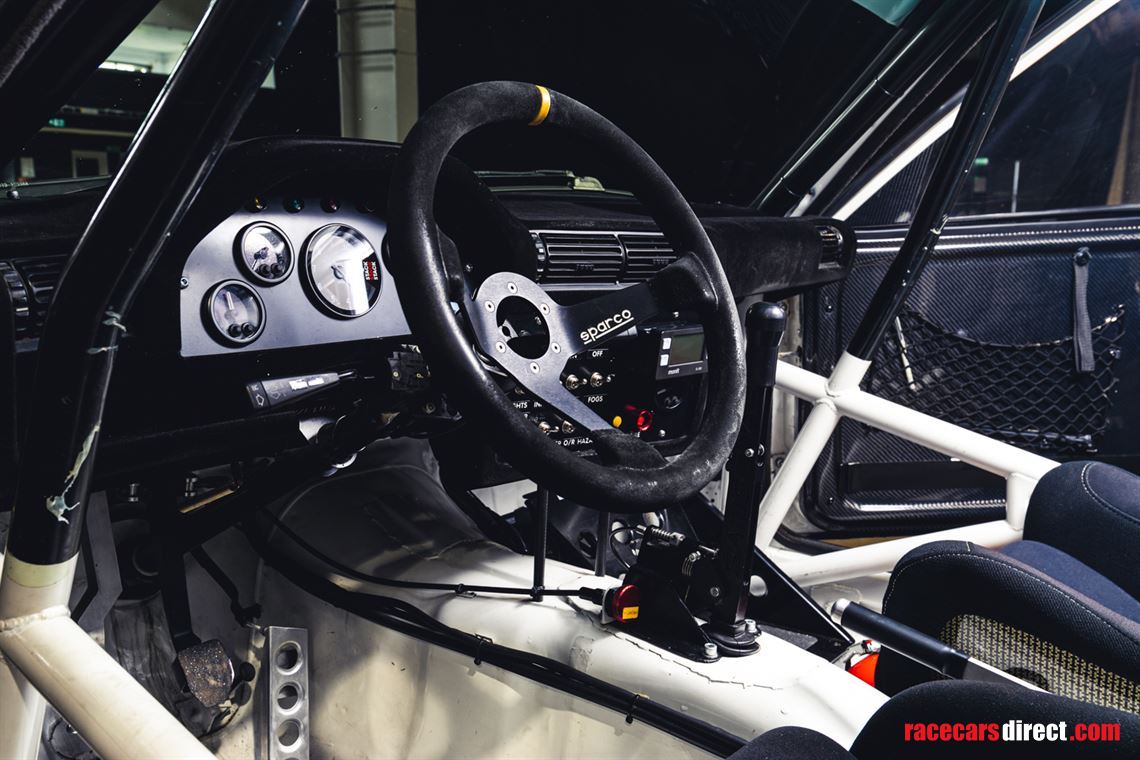 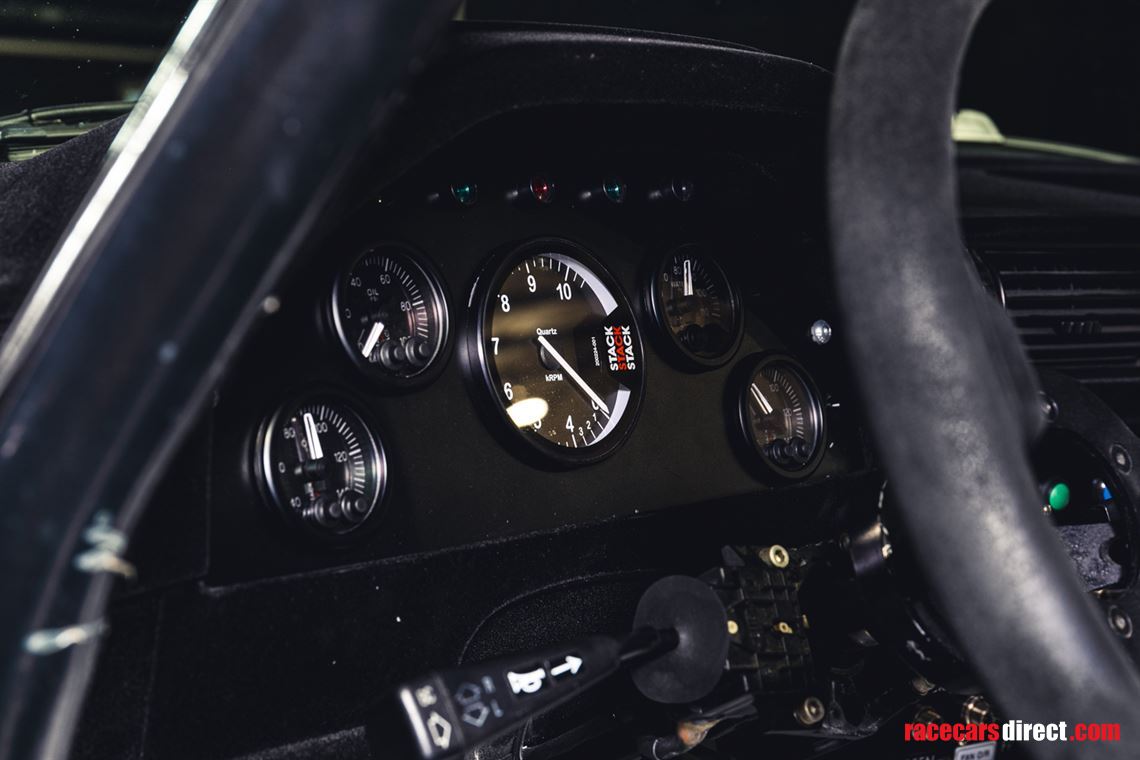 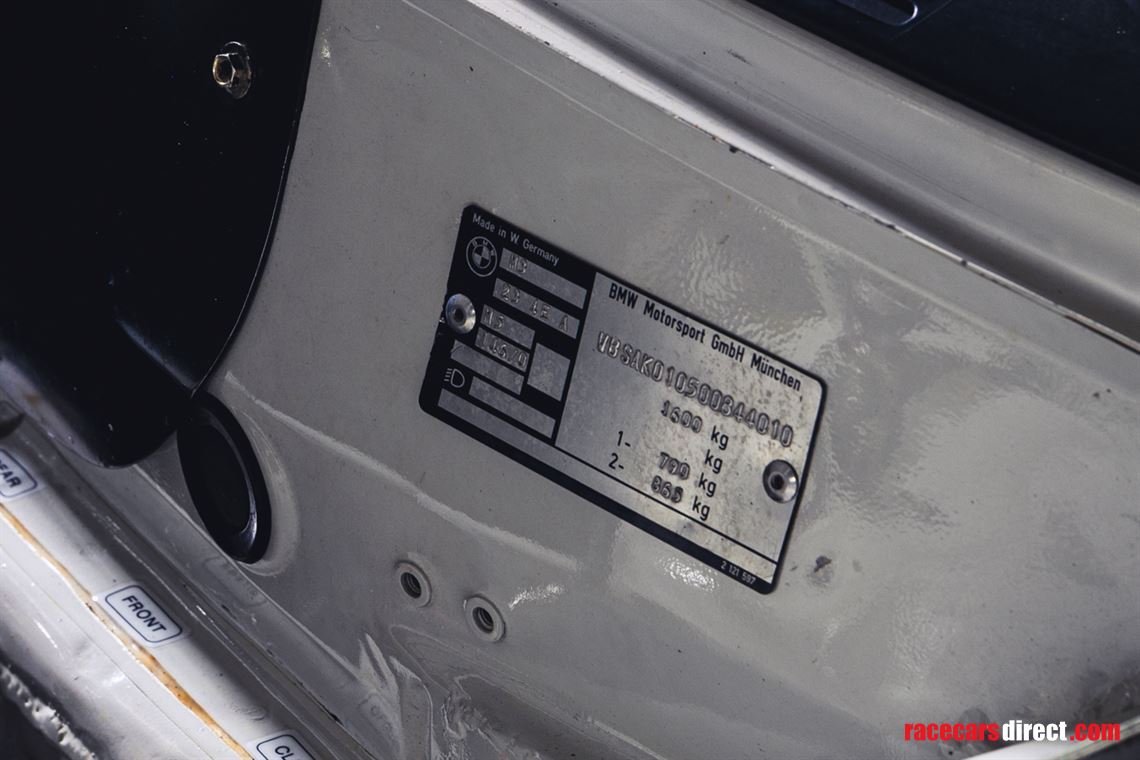 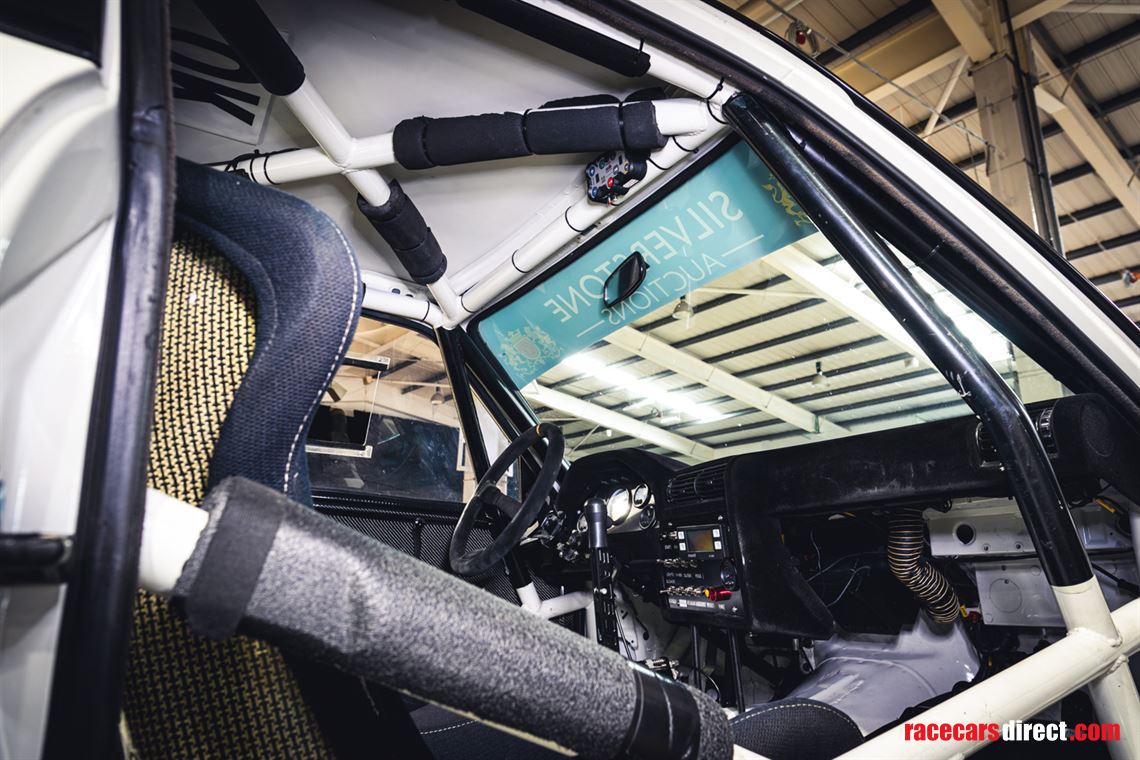 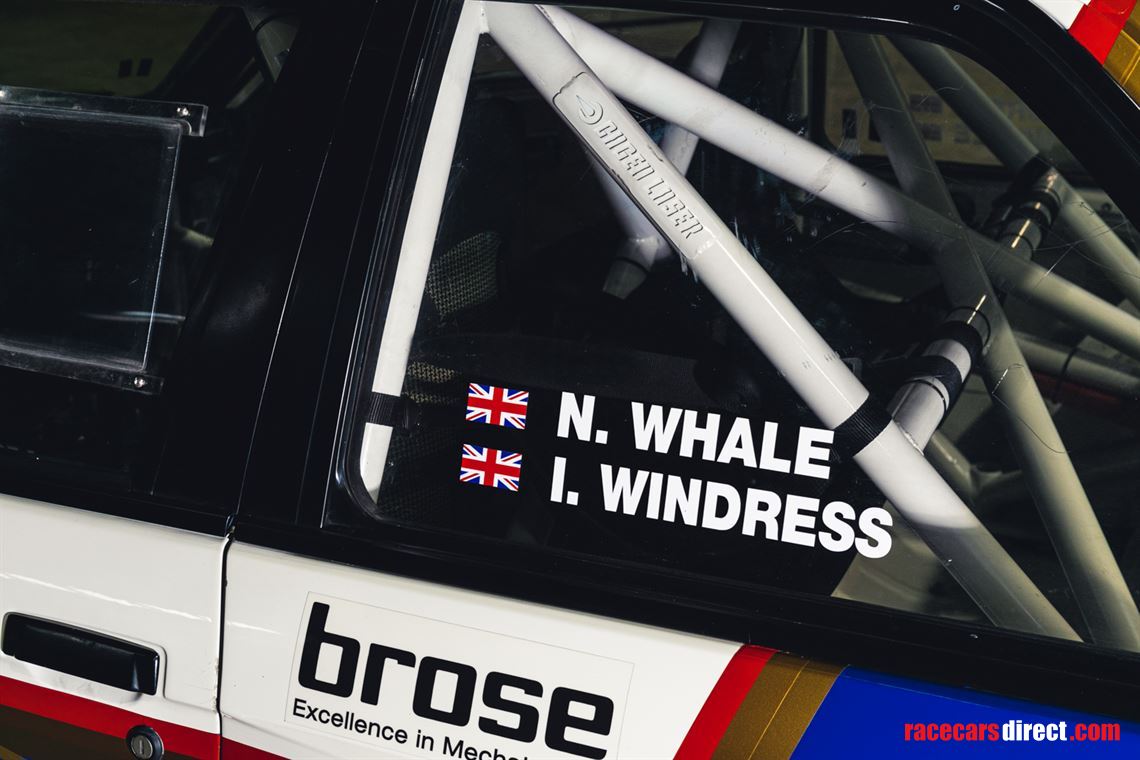 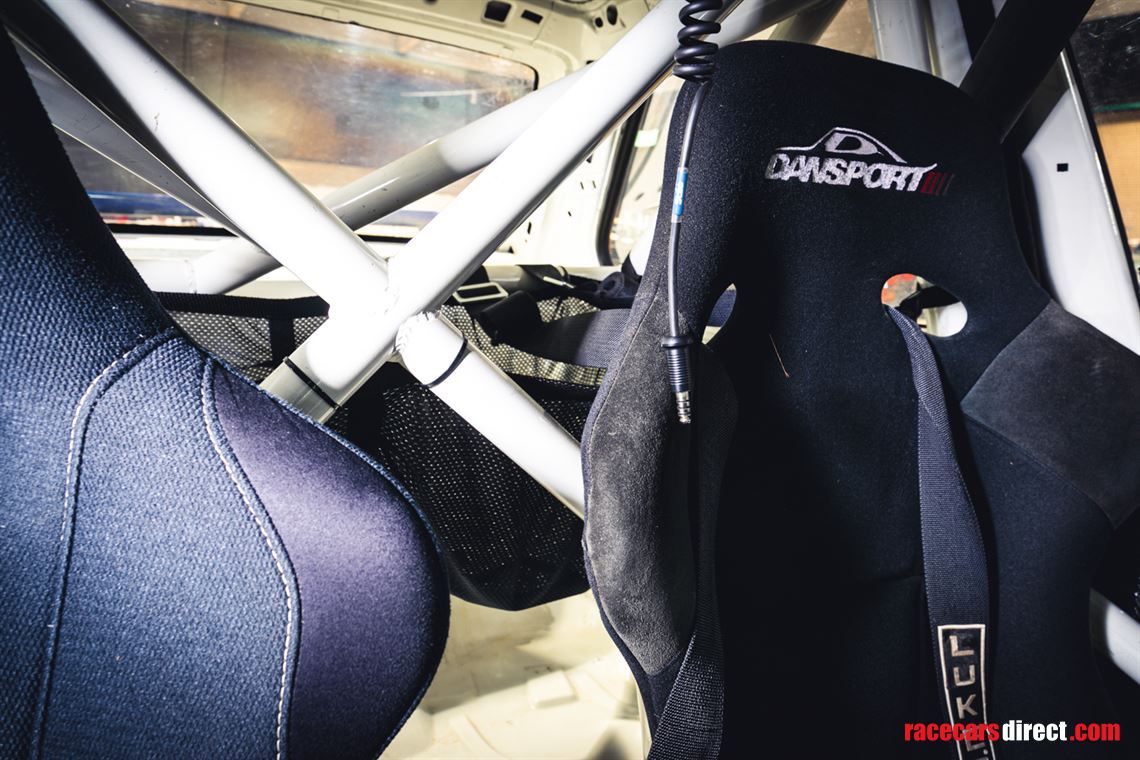 To be offered by Silverstone Auctions on Friday 13th November.

You can now book a one-to-one appointment (up to one hour) to view this lot at our central location of Stoneleigh Park (CV8 2LG) Monday to Friday, between Thursday 29th October – 12th November. Please contact Nick Whale on 01926691141/ nick@silverstoneauctions.com to secure your appointment or to discuss the car in more detail. The health & safety of both our customers and team remain the utmost priority, we are therefore operating to strict COVID-19 guidelines and full instructions for arrival and inspection protocols will be given when making your appointment.

In the late 1980s and early 1990s, the owner of Silverstone Auctions, Nick Whale, had several E30 M3s built and prepared for racing by the UK Works BMW team, Prodrive, who were also responsible for the BMW Works representation in the World Rally Championship.

This meant he had a unique insight into the workings and the key people behind the scenes of both the building and running of the original E30 M3 Works rally cars. This created a life long desire to one day switch from racing to rallying and then build and compete in a Works-spec M3 on tarmac events and find out what legendary ex-Works BMW rally drivers ~ like Mark Duez and Patrick Snijders ~ had experienced back in the day.

So in Jan 2016, an original road-going M3, without a sunroof or air-conditioning, was found and sent away to renowned rally preparation experts, Mellors Elliot, who are the UK Proton Factory rally team, to be stripped and professionally prepared from a bare shell and turned into an ultimate-spec BMW M3 'Group A' Works replica to FIA 1990 specification.
This included taking detailed advice from the Prodrive rally team manager back in the day, Paul Howarth, on factory tarmac settings. On completion, the car was handed over to Dansport of Chesterfield for testing and development. Dansport are very well known for building and running some of the world’s greatest period rally cars, several of which are owned by rally legend and entrepreneur, Steve Perez.

The car then went on to compete in Ireland on some high profile tarmac events, including Killarney, as well as the Manx International Historic Rally and numerous UK-based events as part of the MSV/Motorsport News tarmac single-venue series.

Additionally, the car has regularly competed in Mallorca on both Rally Sol de Ponent and Rally Mallorca taking outright wins twice on the Rally Mallorca Legends event in 2017 and 2019. In fact it was lying 2nd overall on Rally Mallorca Legends to an ex-Works Metro 6R4 this year in March 2020, when the rally was halted after 2 days due to the Covid 19 outbreak.
It has been built and run on a no-expense-spared basis utilising the very best FIA-legal Group A parts throughout. The professionally built 2,300cc engine has been completely refreshed and will come with a current rolling road BHP print out and the Samsonas 6-speed manual gearbox is an FIA approved recent purchase, running homologated ratios. The drive train (including the development of stronger prop shaft joints and a trick limited-slip diff) have all been developed, strengthened and improved over the last 5 years, including the successful fitment of power-assisted steering. The car is offered as free of any major incident.

The suspension features the ultimate Group A-homologated Reiger dampers all round on Eibach springs with helpers, and all the usual competition-spec radiator, pedal box, steering rack and upgraded GroupA components which have been added where appropriate. The car features high tech instrumentation whereby the individual dashboard instruments glow red if they are out of pre-set parameters and the car has in-date, high spec seats and belts as well as a bespoke fuel tank and fuel system in the boot which is designed to allow for a full-size spare wheel/quick jack and tools to be carried on board. It has current FIA HTP papers for period J2 (1986-1990) FIA class CT44 which are valid until 31-12-2025.
Offered as “turn-key” and ready to compete as a front running car in any FIA International historic, or similar, tarmac events. Please call Nick for further details at the Silverstone Auctions office 01926 691141.

Choose the most performance disc on the market for your TCR's cars!