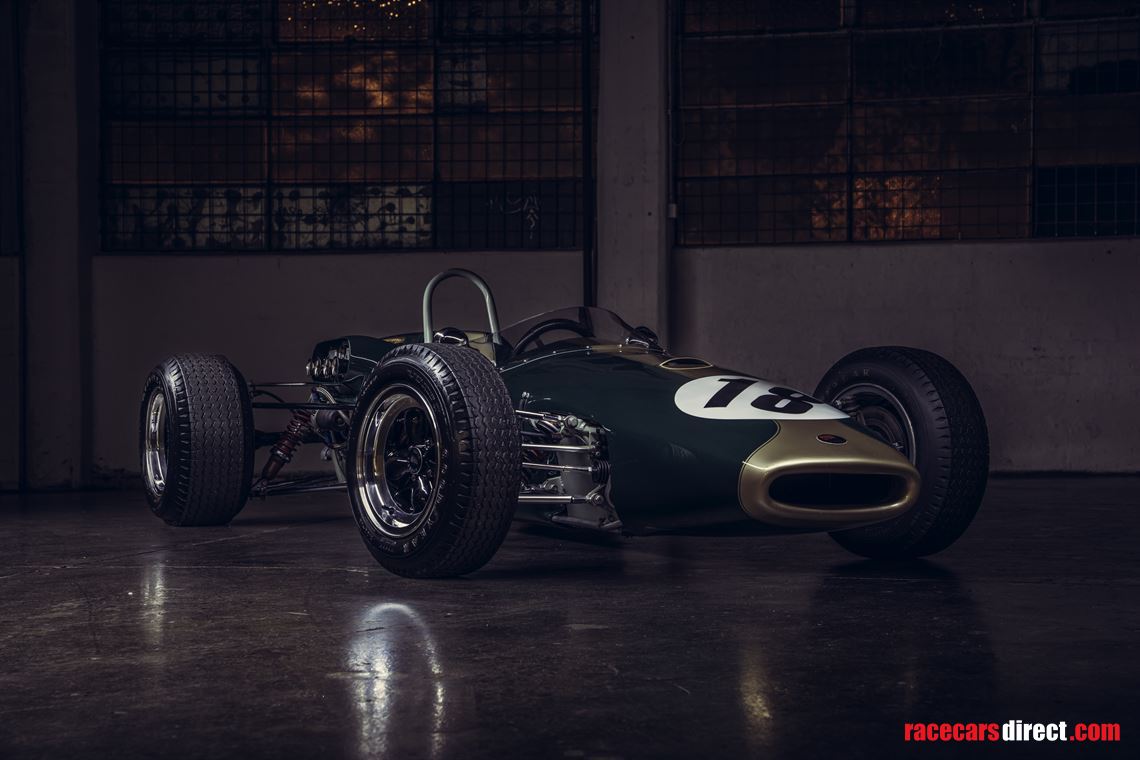 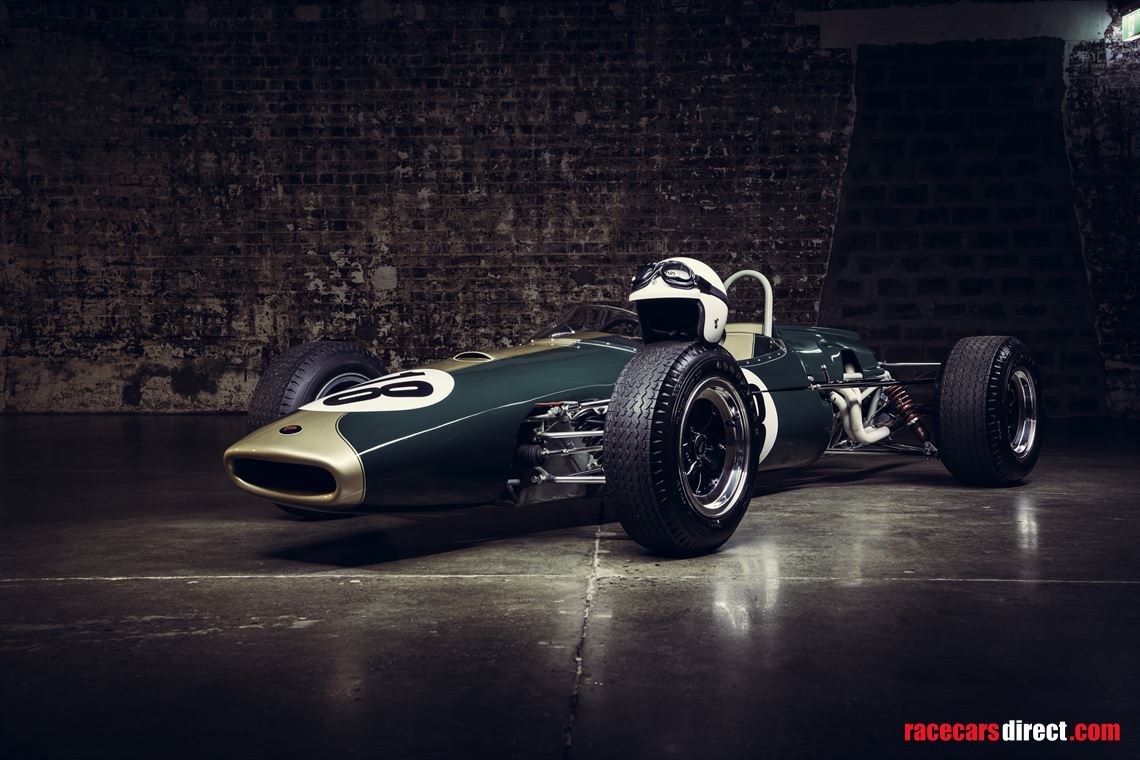 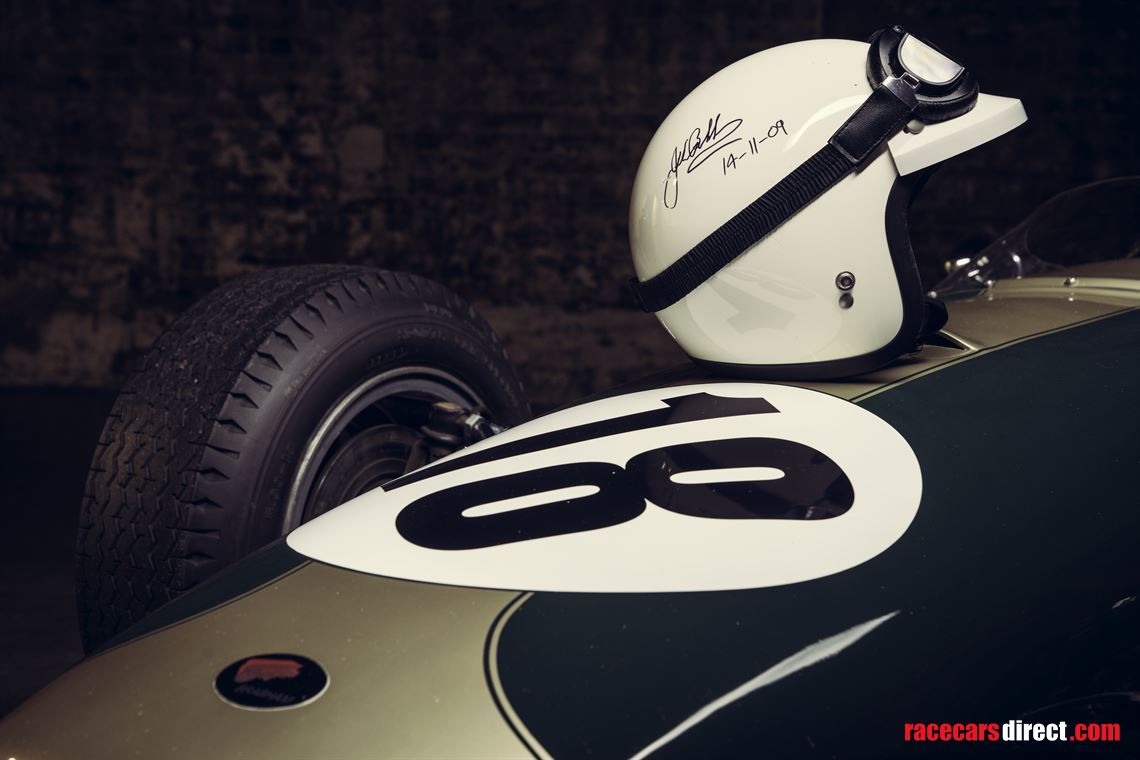 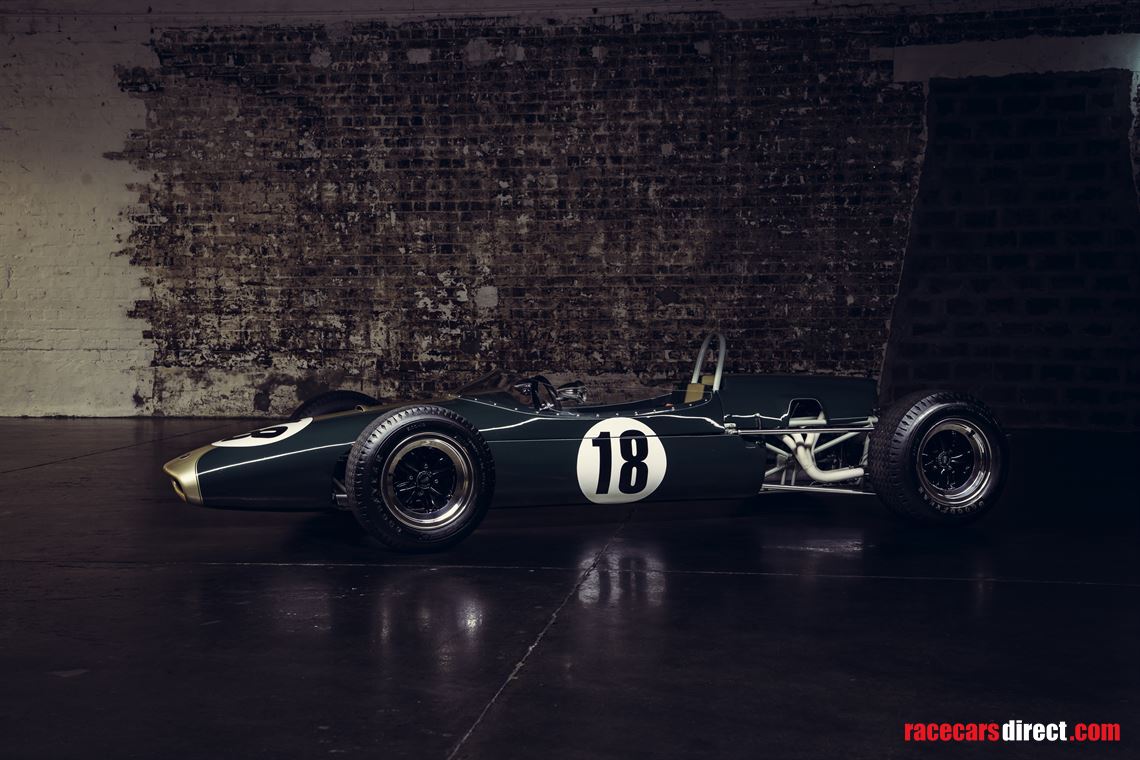 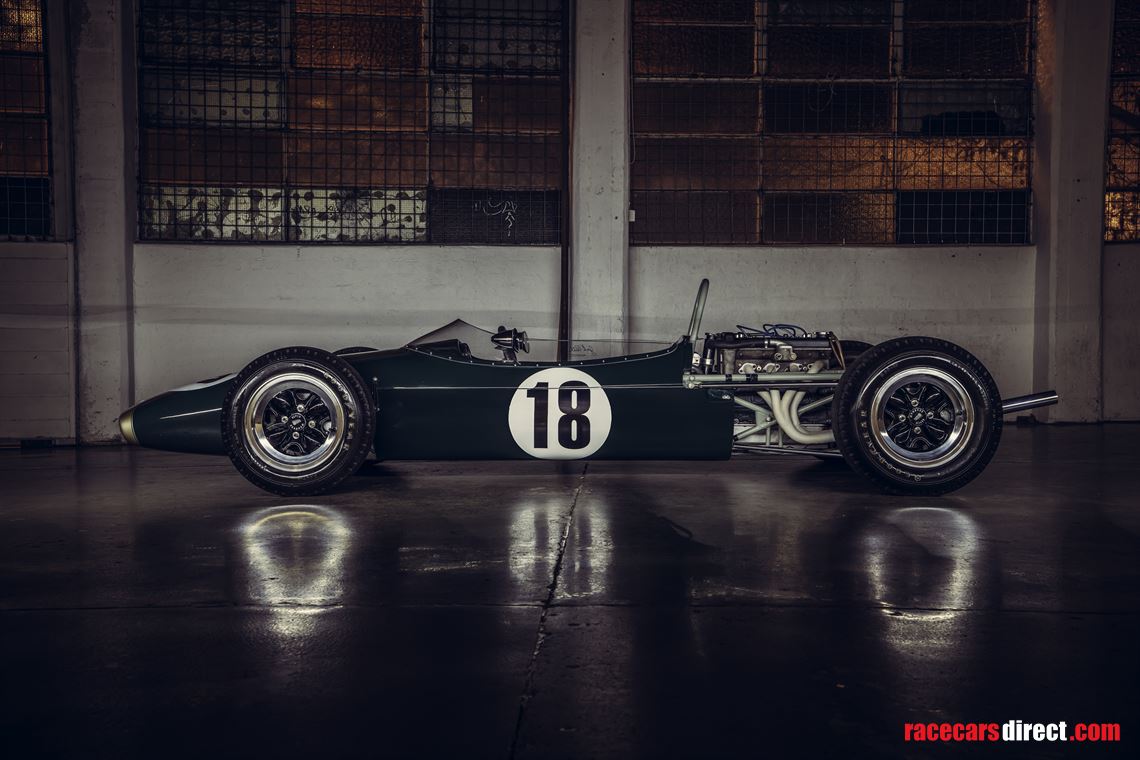 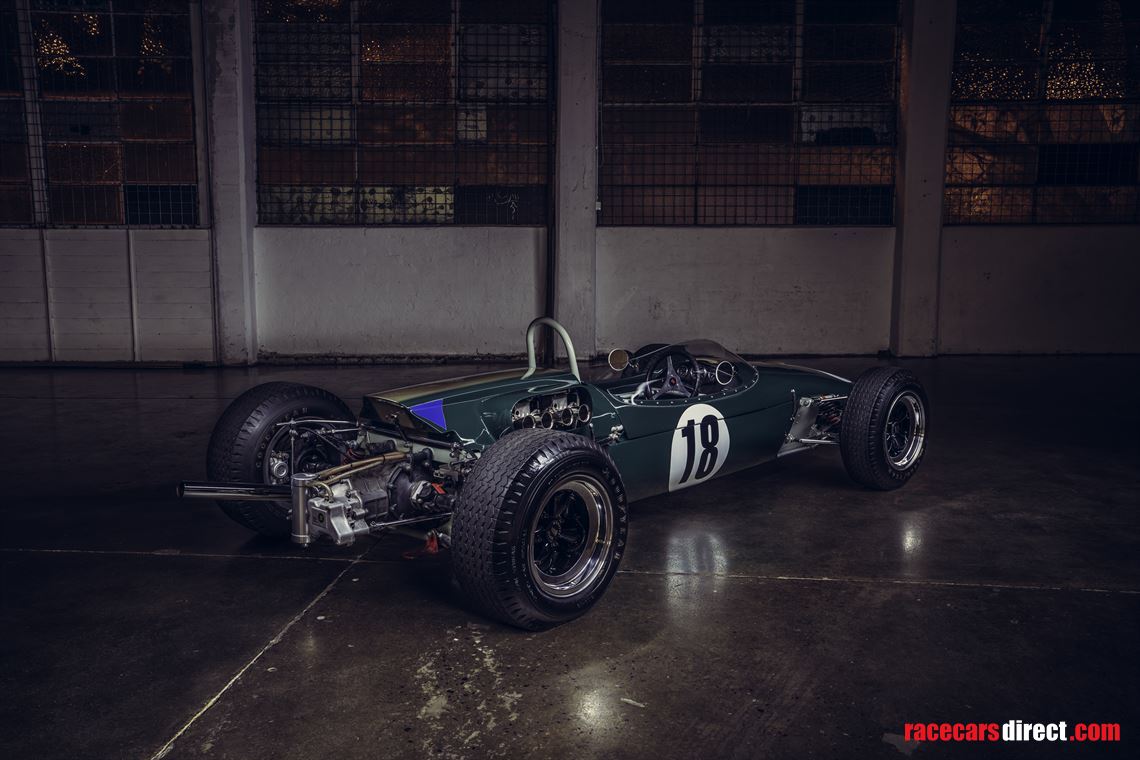 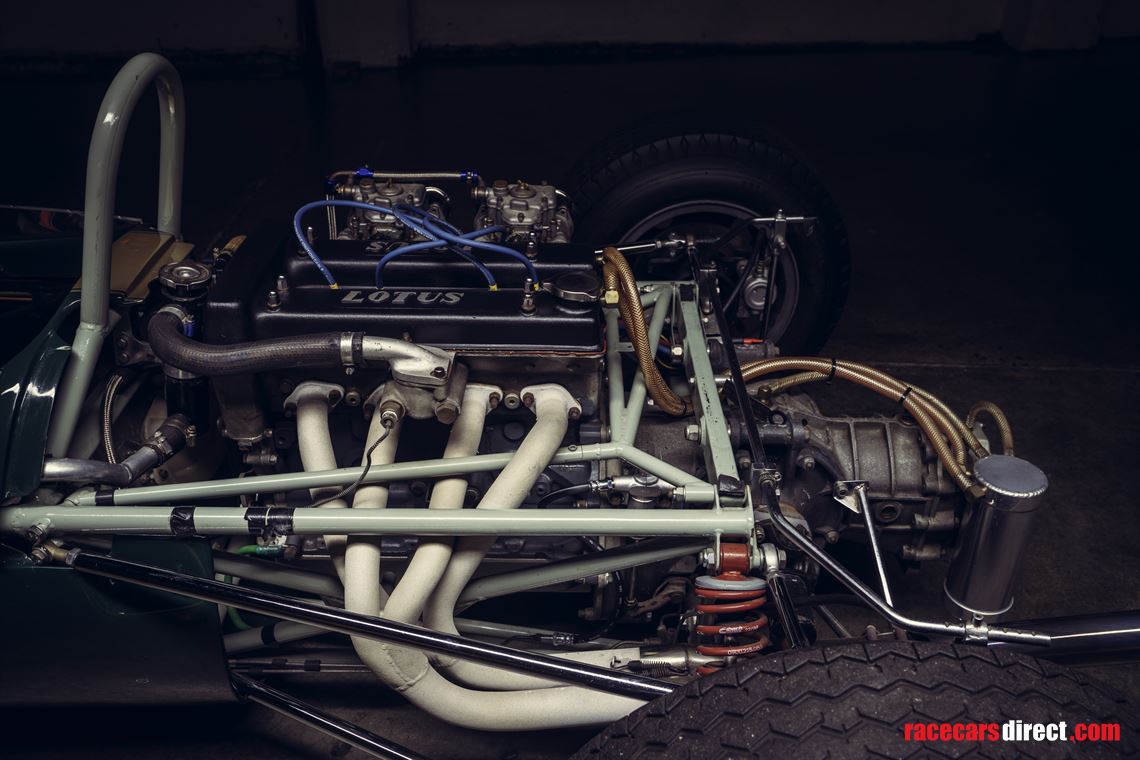 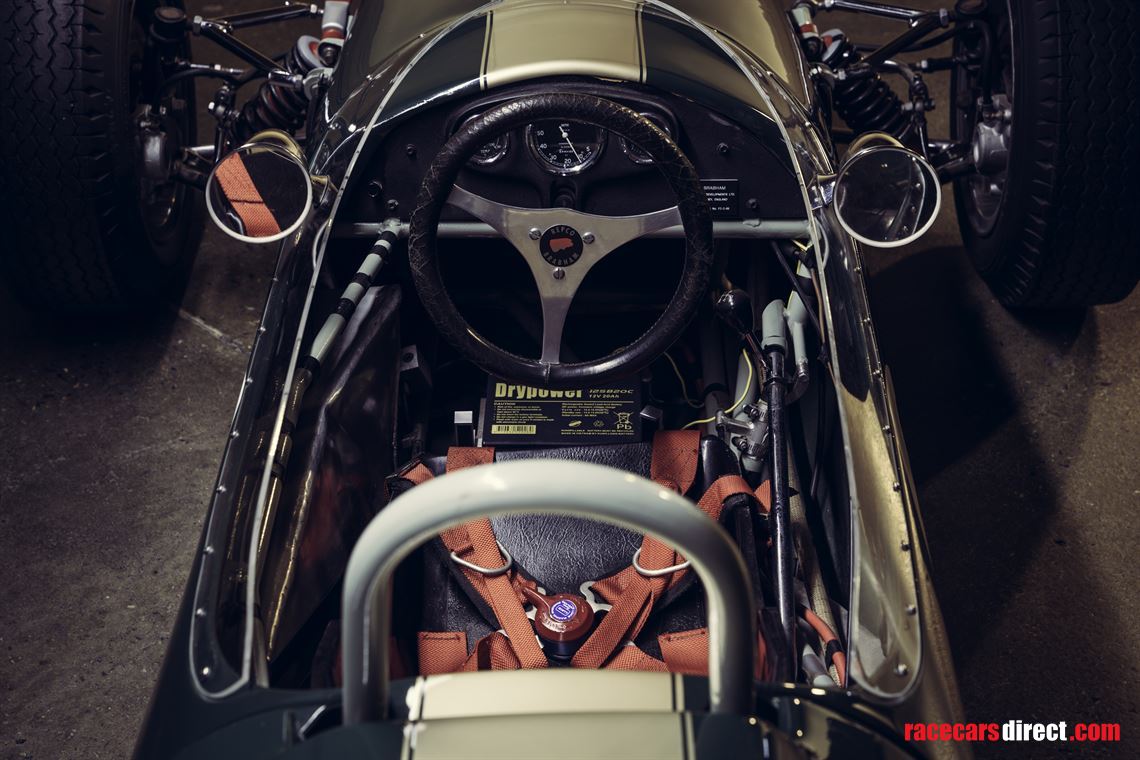 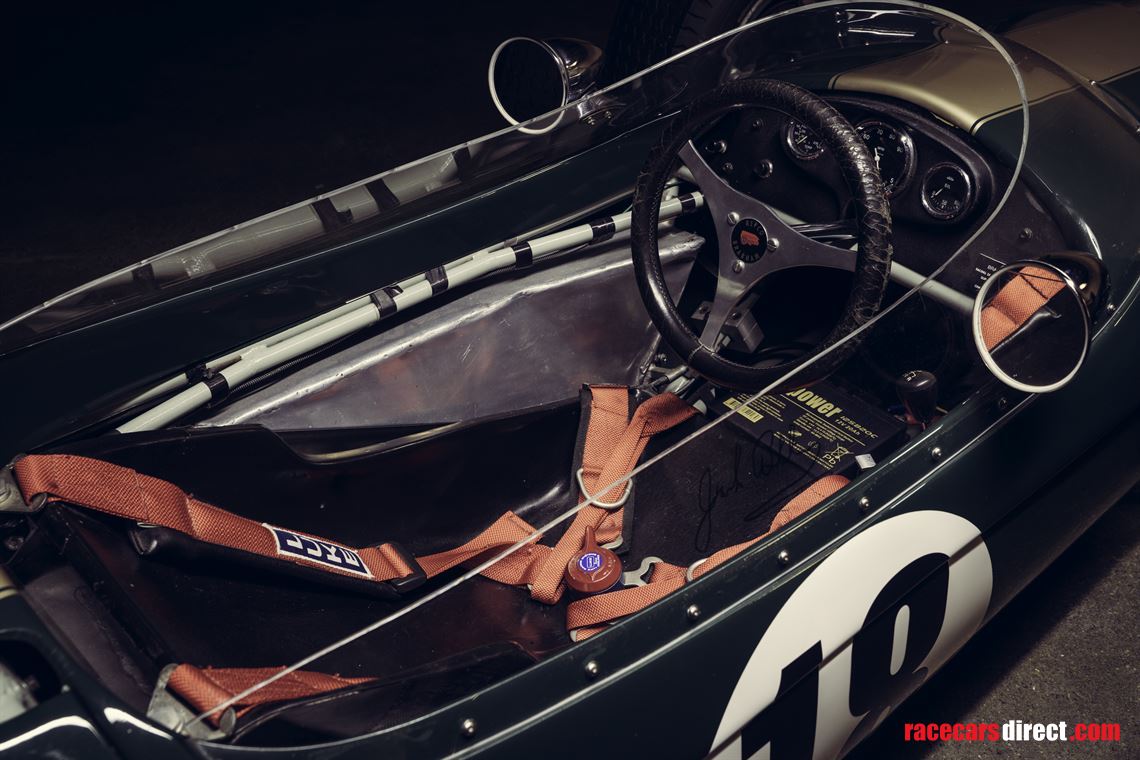 One of only 8 to roll off the factory floor at Motor Racing Developments this beautifully restored Brabham BT18B is a special car.

Bought to Australia from Zimbabwe and restored by Michael Falconer, it is powered by a Lotus 4 cylinder, 1600cc twin cam engine, with a Hewland Mk5 gearbox.

The car was originally brought to Zimbabwe by Peter Parnell and raced in Zimbabwe and South Africa, before it was sold to Michael who immigrated to Australia in 1983. Michael restored the car and began racing it within Western Australia between 1997 and 2004. Still in running condition, it has a full CAMS logbook and certificate of description.

The car has original body and chassis numbers, as well as coming complete with the original fibre glass moulds for the entire body. The car was displayed for a period of time at the Caversham Motor Museum and the windscreen signed by Sir Jack Brabham on his visit to Perth in 2009.

It has a powerful 1600cc 4 cylinder cast iron block, alloy cylinder head and a 6 speed Hewland gear box (5 forward, 1 reverse). It has front and rear 10inch, hydraulic, cast iron disc brakes and weighs in at 380kg when fully fuelled.

Finished in traditional British racing green and gold, it is a spectacular car on the track and something that all Australian Motorsport enthusiasts will have a true appreciation for.

One of the most successful historic F3 race cars over the last decade offered in superb order.