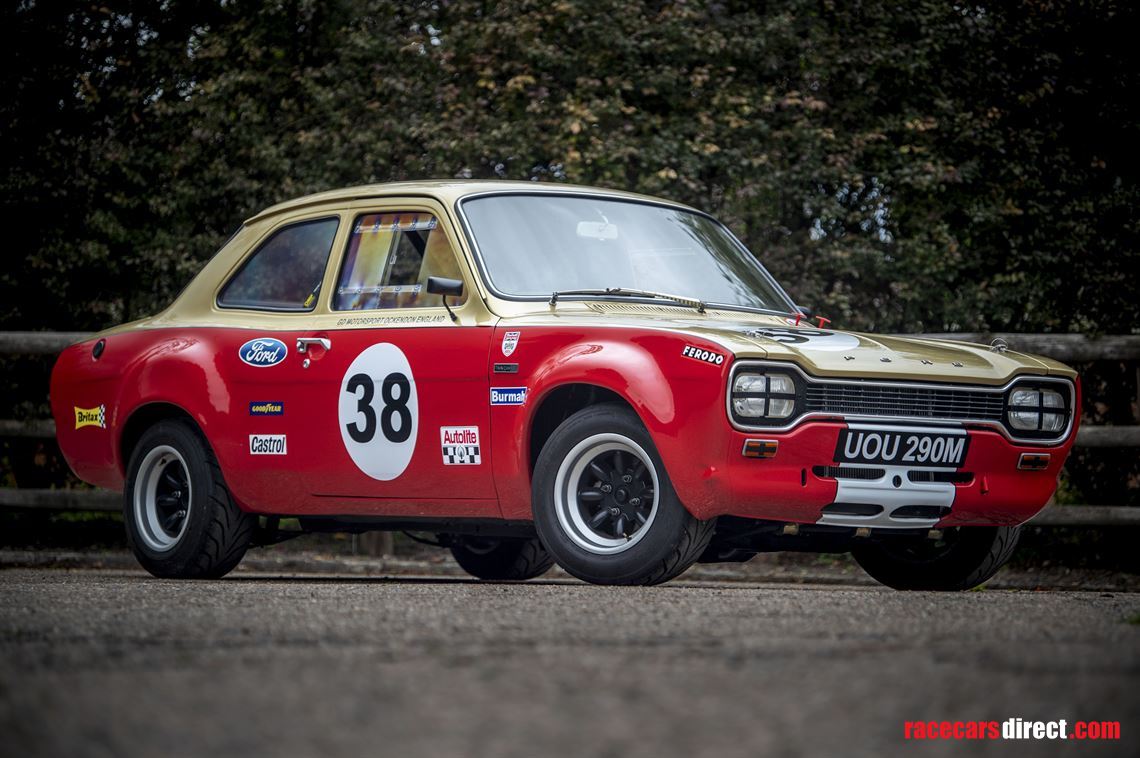 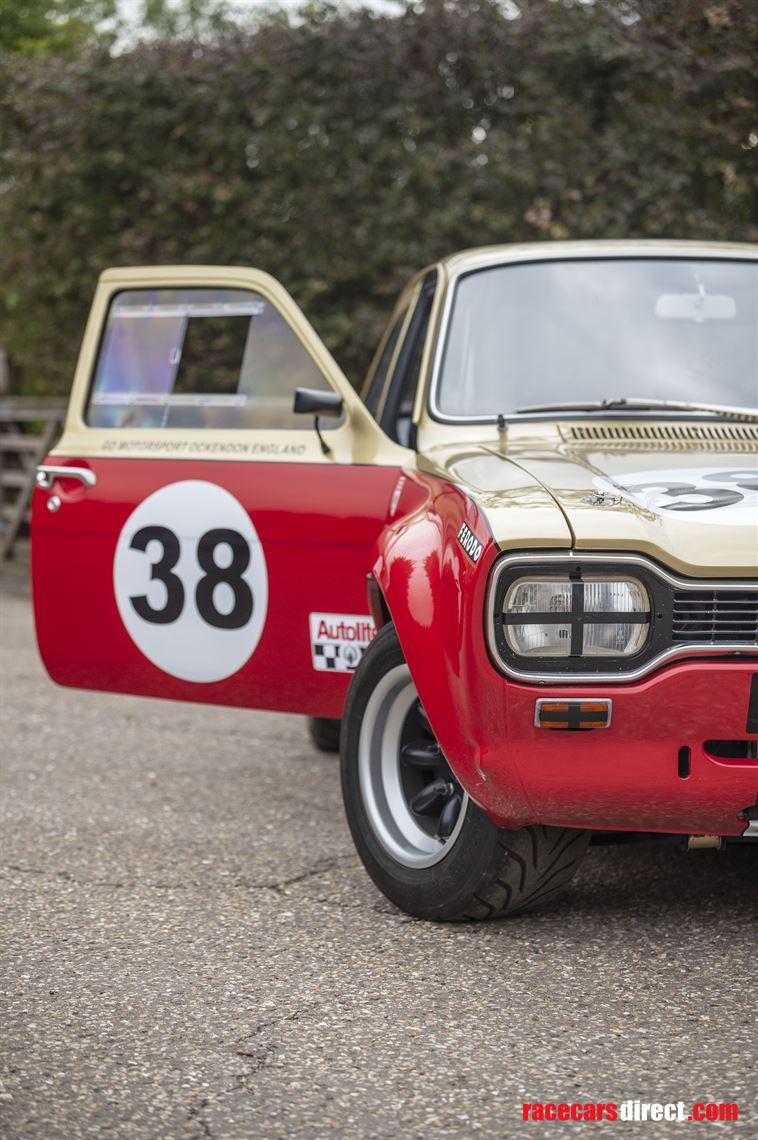 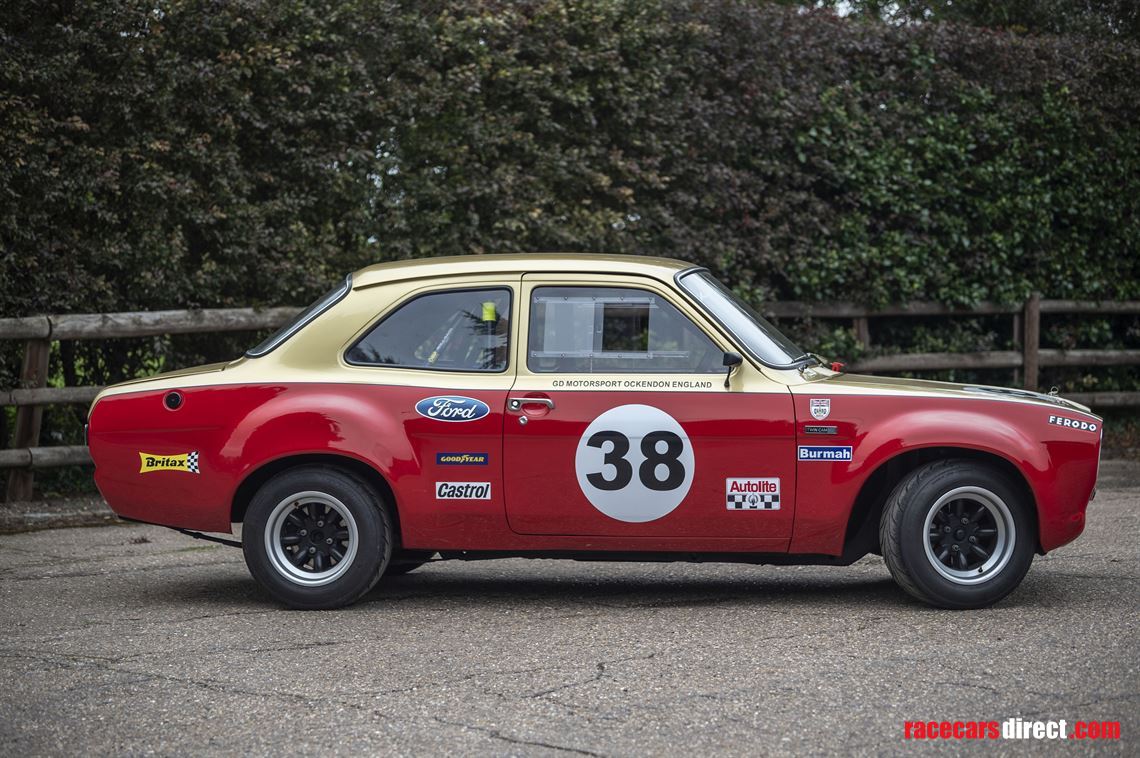 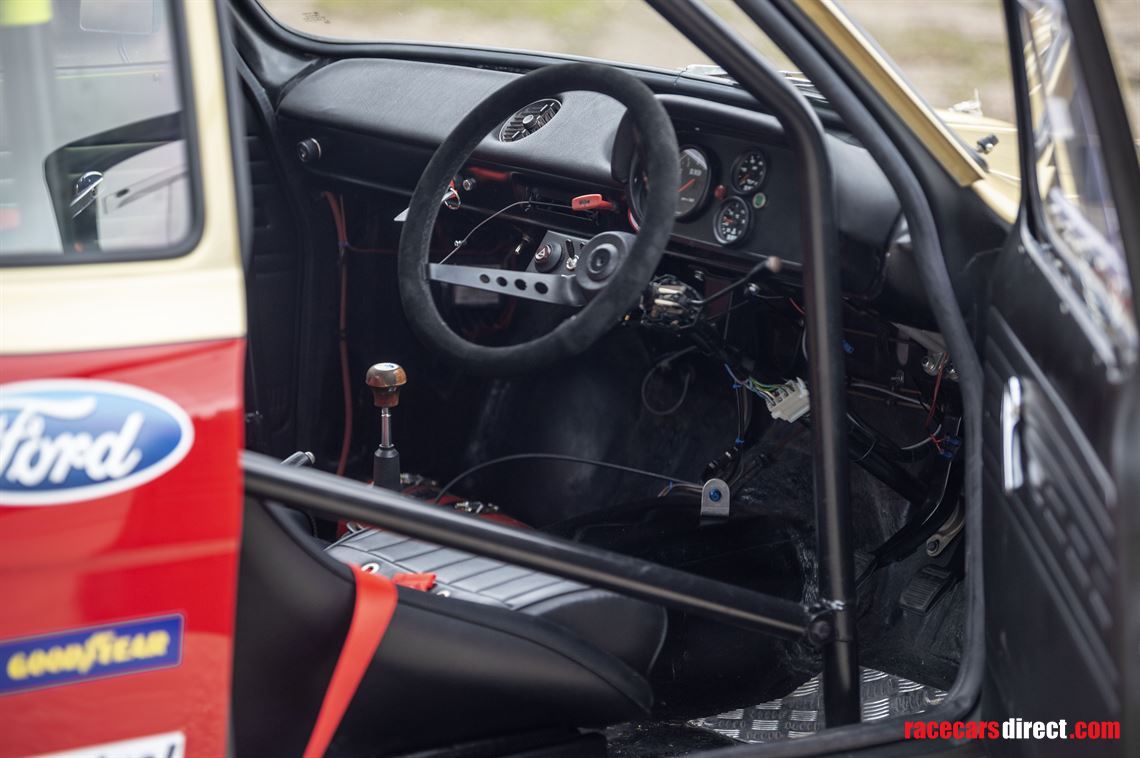 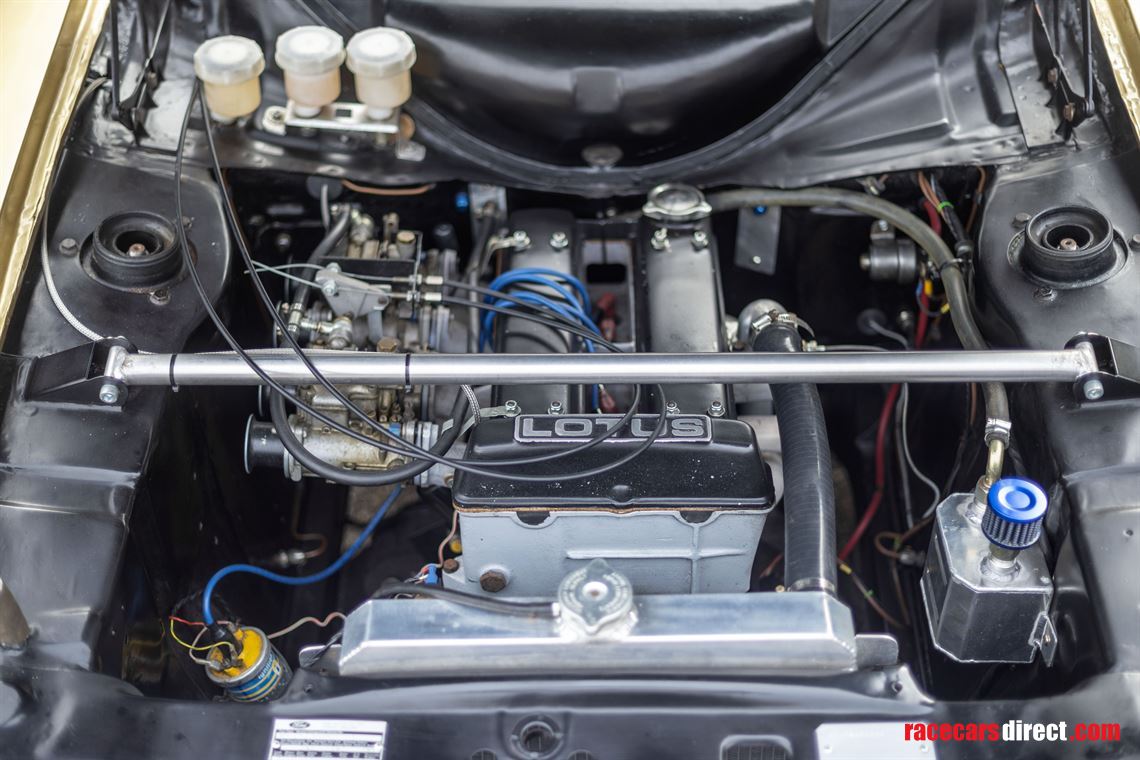 This car is in auction on The Market website. The auction is LIVE now and finishes on 24th September. Price is a lower estimate.

Now this really is a rather special car. It was purpose-built from the ground up by Gary Davis Motorsport using a Ford Mexico shell. The OHV engine was swapped for the altogether fruitier Lotus Twin Cam ‘Big Valve’ unit, in came a Ford Type-9 five-speed gearbox and a whole host of race addenda and the car was finished as a tribute to Frank Gardner’s BSCC winning car XOO 349F (its sister car XOO 347F became the most expensive Ford Escort when it sold for an incredible £203,100, in 2017).

• All round disc brakes

Vendor Paul Latimer takes up the story, “I’ve owned this car for just over four years,’ he says. “Gary Davis has looked after my FIA MGB race car for 10 years now, and the Escort was his pet project – he had a picture of XOO 349F on the wall of his workshop. However it ran out of steam half way through, and he was going to sell it; I thought it would be a fantastic one to finish, so I took it on and he finished the build for me.”

“It was finished two weeks before. We got together for a practice day at Brands Hatch and it was amazingly well screwed together. I took it out and raced it at the meeting, having a fantastic time. Henry Mann who still runs the originals was very impressed with the car, and allowed me to take a picture of it with them in the paddock.”

Gary goes further, “he did ask to see the car first before giving permission; when he did, he said ‘I really like that’. When we brought it down his mechanic lifted the bonnet and said, ‘very nice’. As the person who built the car, it doesn’t get better than that. Visually it’s 100 per cent identical, even down to the wonky stickers on the front wings.”

So why is Paul selling now? “It’s a great, great car,” says Paul. “However I continue to race my MGB and save for taking it up and down the road again, it’s barely done any miles since its two races. The next owner has so many options on what it could be used for: trackdays, events like Tour Brittania. It has all the safety gear for the track, but can still be driven on the road. The only thing that needs done is to get historic papers, but that shouldn’t be too difficult.”

Okay, we’re going to admit something here: if you take a look at our listings (both live and upcoming) this car renders them all (save for perhaps the Viper RT/10 and Jordan EJ12) positively bland by comparison, because this race car looks the absolute business.

“It could be a sister car to the Alan Mann cars,” says Paul. “We tried to get the colours and shades as close to perfect as possible.” As the car has only had two races since completion the Escort’s famous Gold over Red paintwork (replete with a wide variety of decals) still presents as new. Our Photographic Gallery and Video below, both show it’s a thoroughly eye-catching combination.

The car’s shut lines are superb all round and the steel ‘bubble’ wheel arches have been very nicely integrated. All window rubbers look fresh and you’ll find Perspex windows fitted on both doors. The only minor grumble is a touch of pitting to the nearside door handle (very small beer indeed).

You’ll find towing loops fitted front and rear and electrical cut-off switches on the nearside of the scuttle panel, as well as bonnet pins and a rubber securing latch on the bootlid. All lights are currently taped up for racing and the Minilite style wheels currently sport fresh looking Toyo Proxes R888 semi-slick tyres. 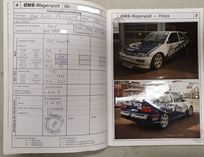