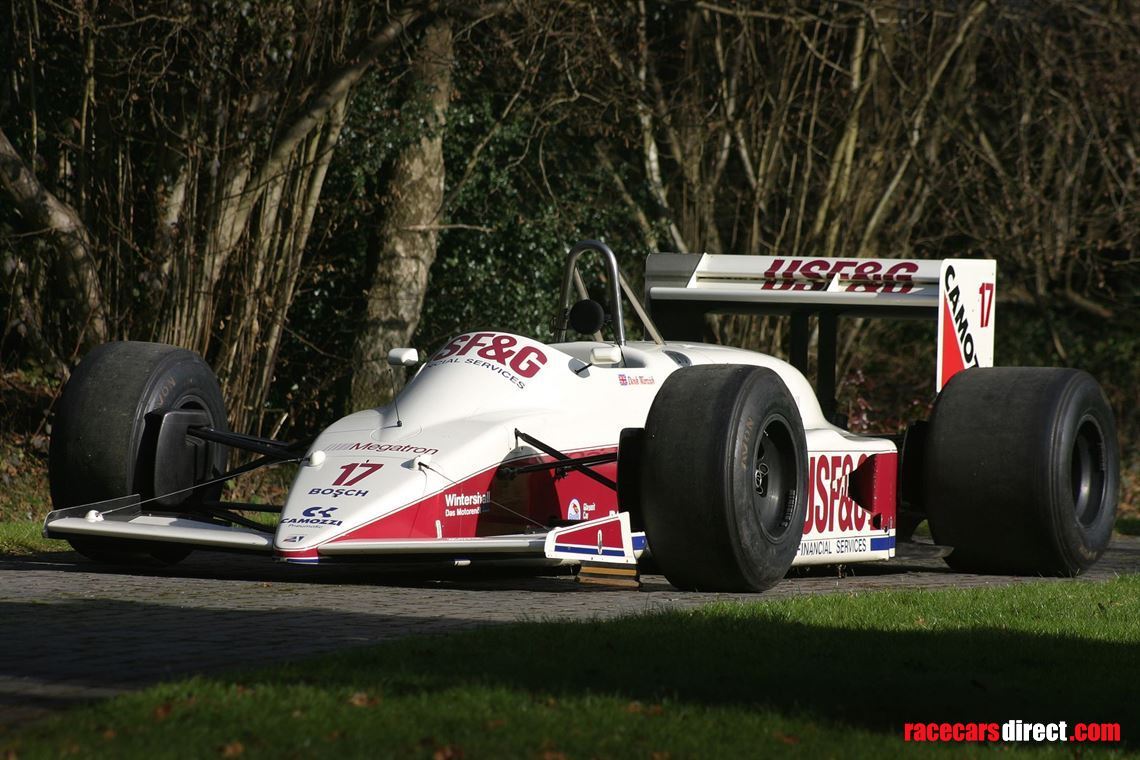 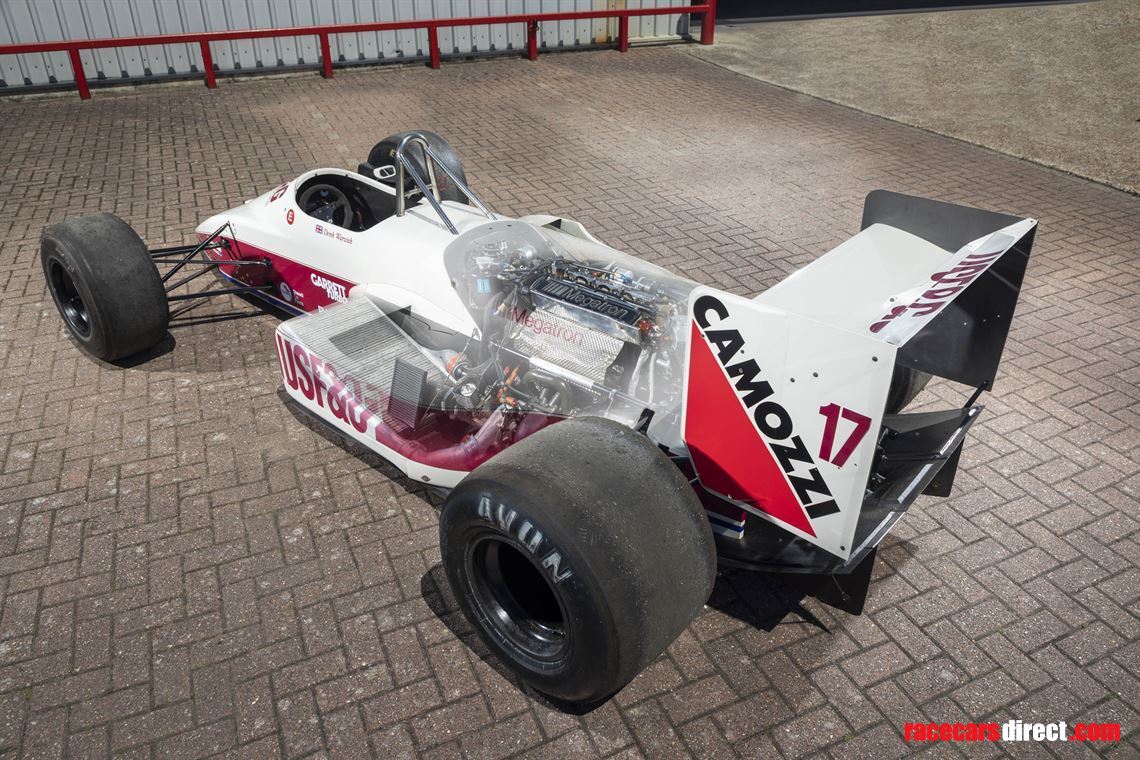 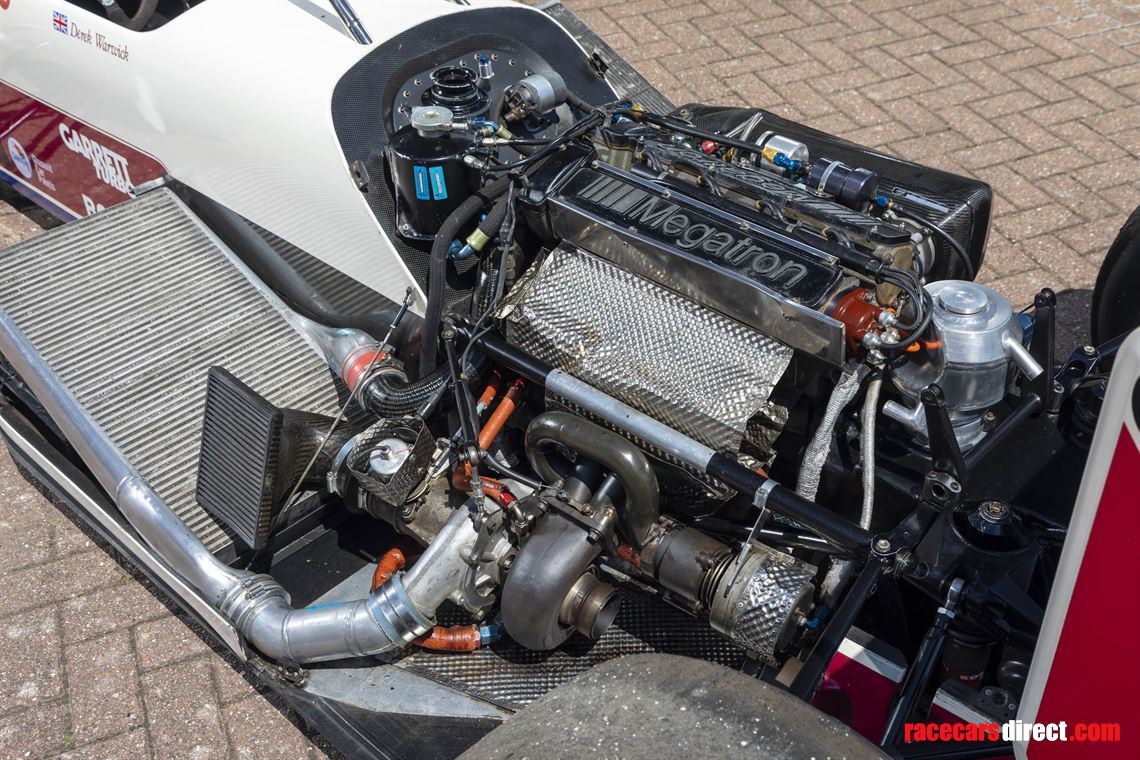 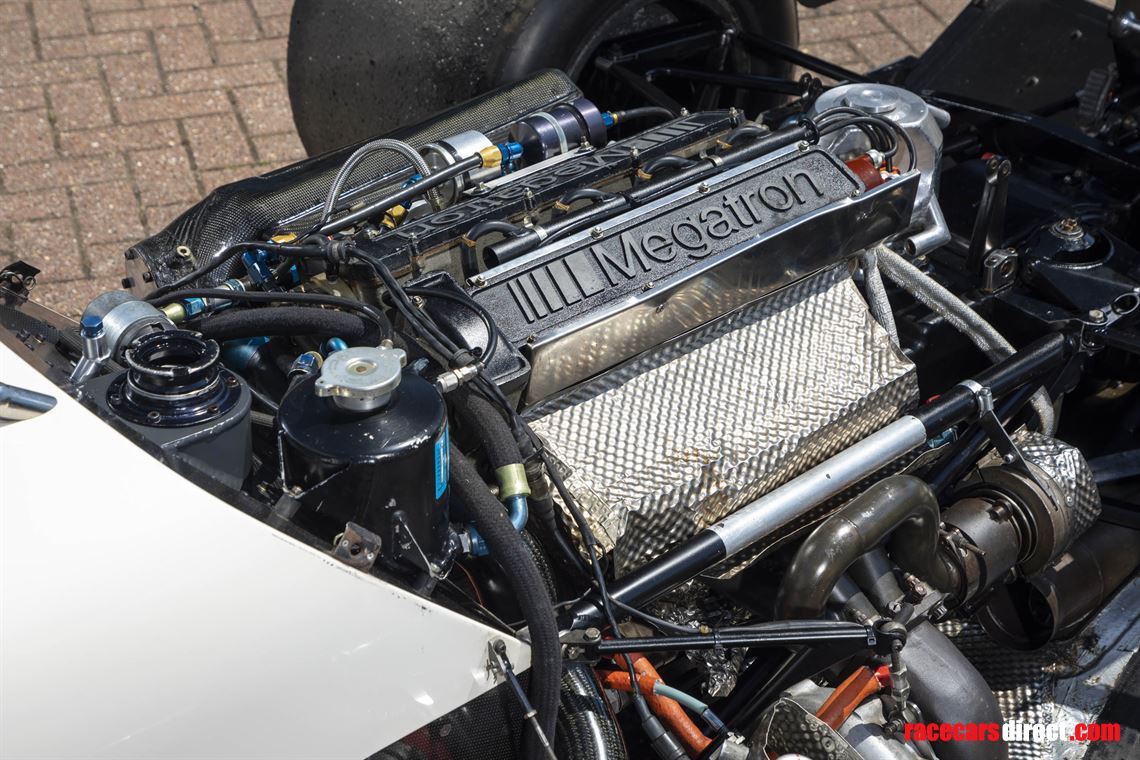 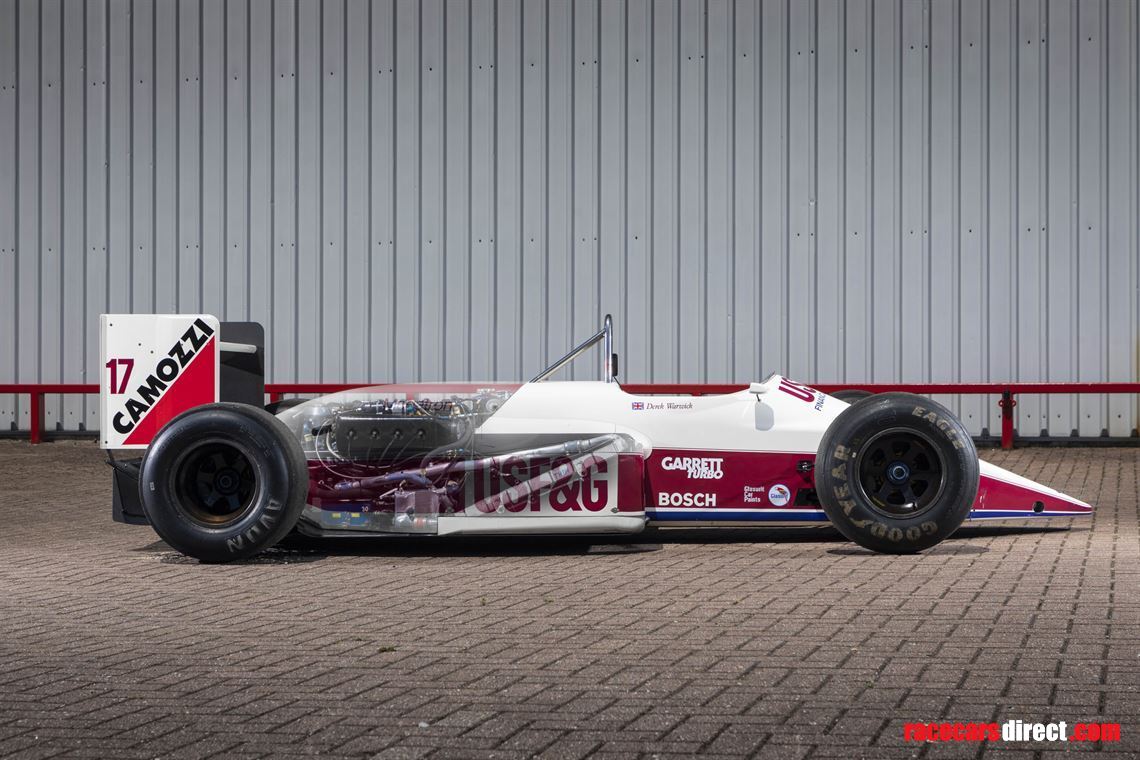 Cars International Heritage are delighted to offer for sale this Arrows A10, the fifth and final A10 built for the 1987 season.

In 1987 Arrows had high hopes. A brand-new car had been designed by Ross Brawn the genius behind Michael Schumacher's 7 World titles at Benetton and Ferrari.

In Derek Warwick and Eddie Cheever, the team had two new talented drivers and expanded sponsorship from USF&G and Megatron.

The A10 chassis, as expected from a Ross Brawn car, was excellent and it was driven hard by the two new drivers, who were both motivated to sustain their reputations and earn the right to stay in Formula 1.

Chassis 05 was driven by Warwick in the final two Grand Prix’s of 1987, Japan and Australia. At Suzuka, he qualified 13th and finished a credible 10th. In Adelaide, he qualified 12th, but did not finish, with a transmission problem.

Arrows opted to use an updated version of the previous year’s A10 in 1988.

Chassis 05 was used as a spare at Rio, Imola, Monaco and Suzuka. Warwick used the car for qualifying at Imola, putting it 14th on the grid. Then at Monaco, Warwick’s race car stopped on the warmup lap. He ran back to the pits, jumped into his spare, chassis 05 and finished 4th.

It was then sold in full running order at the end of the 1988 season and has remained in just two significant private collections since.

Accompanied by a vast spares package, which incorporates all of the remaining components that were acquired directly from Arrows in 1988, and a spare engine included within the package, this Arrows is the perfect driver-training tool and track day car perfect for the new Masters F1 exhibitions and demonstrations.

Chassis 05 represents fantastic value and performance and would be a shrewd buy as Historic Formula 1 racing goes from strength to strength so, surely, it can only be a matter of time before these series are broadened to include a series for turbo era cars.

Striking example of Radical's Rapture, their latest model, designed for track and occasional road us

Super Aguri F1 and Arrows F1 exhausts and many parts