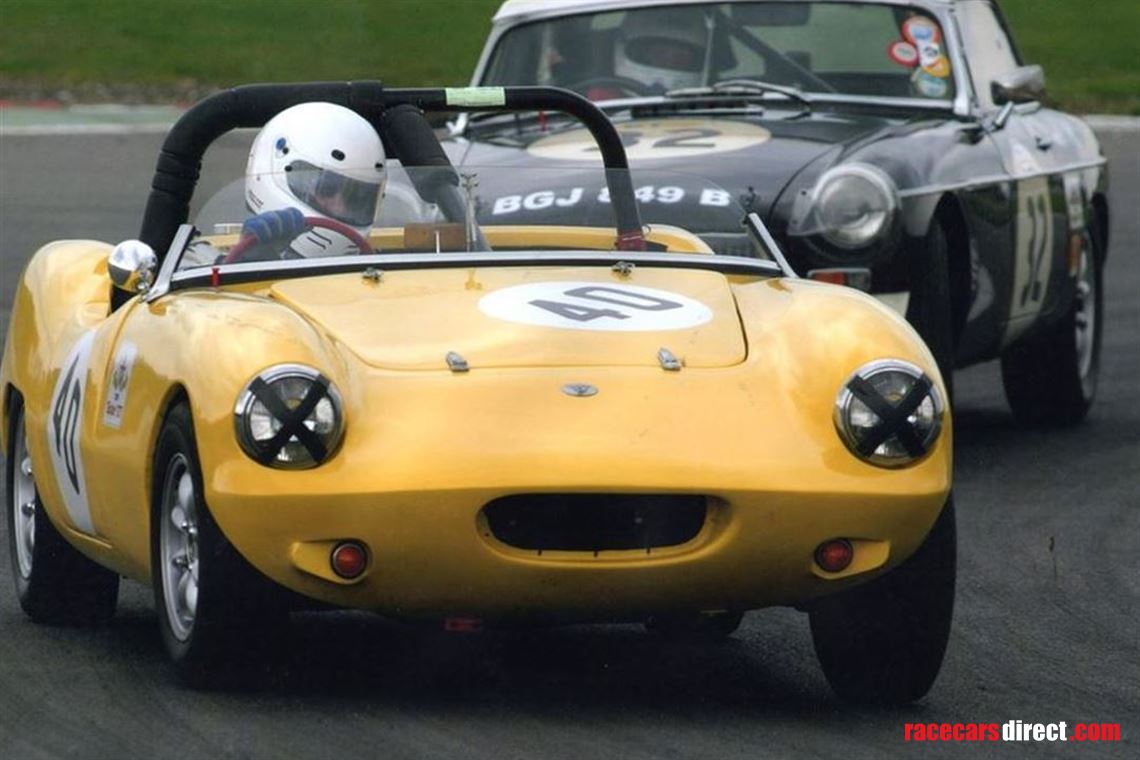 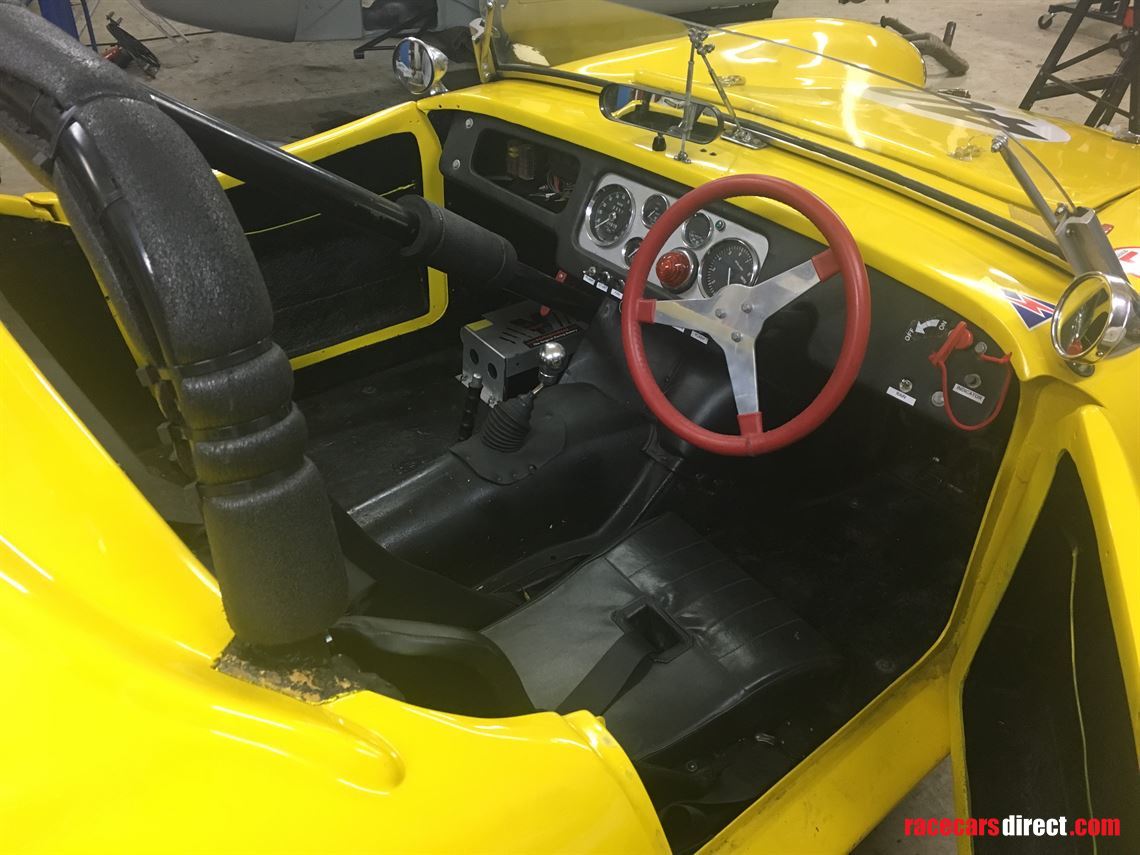 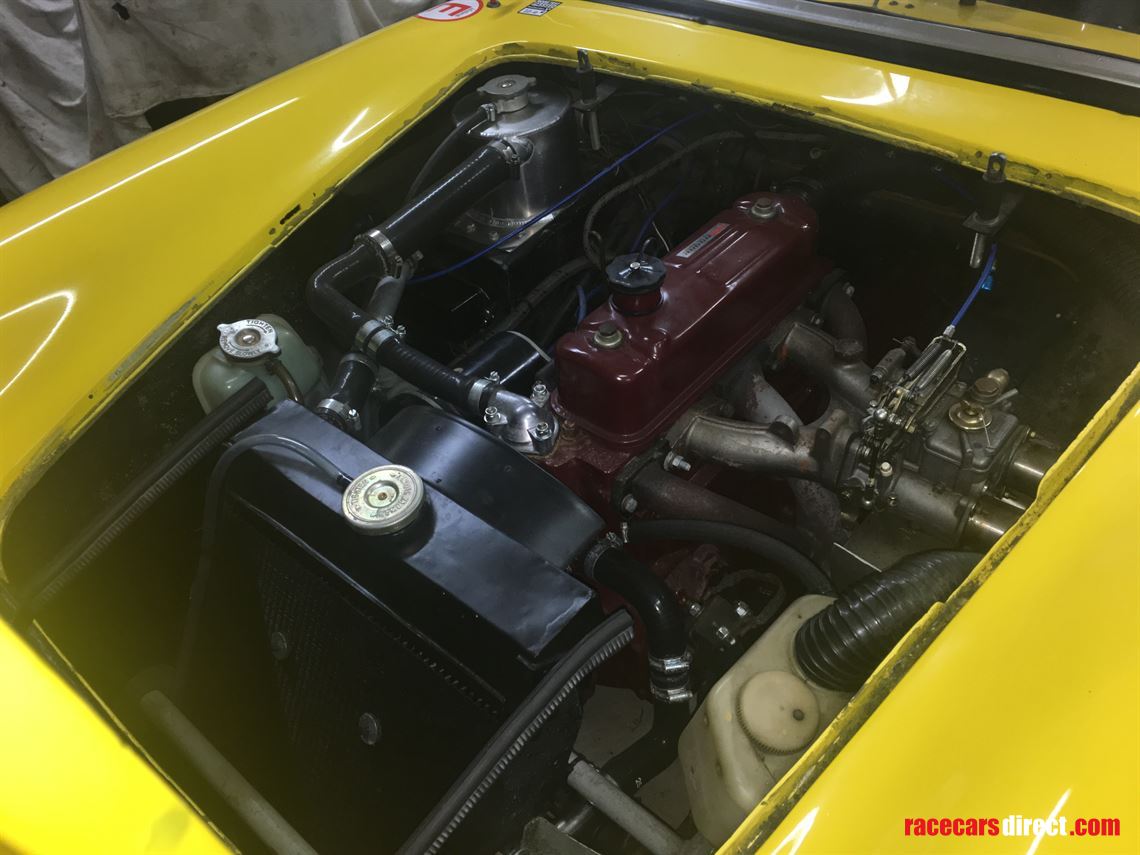 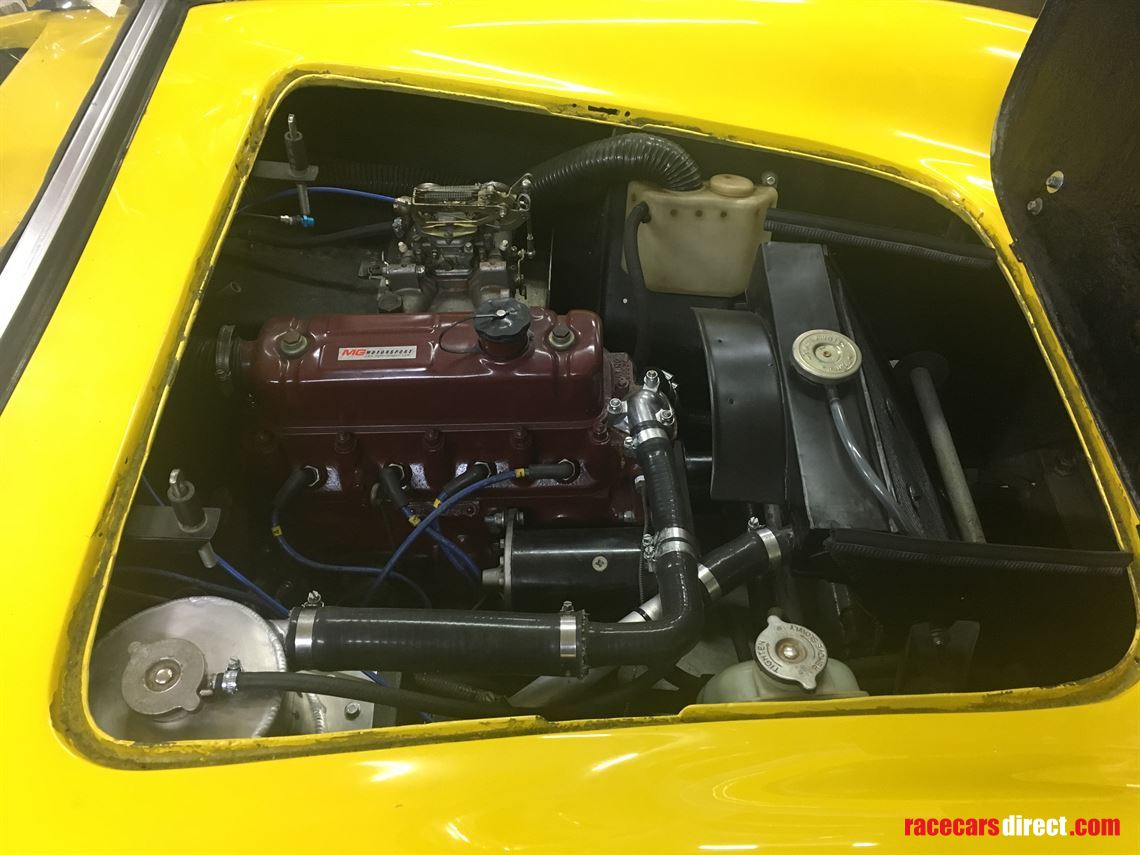 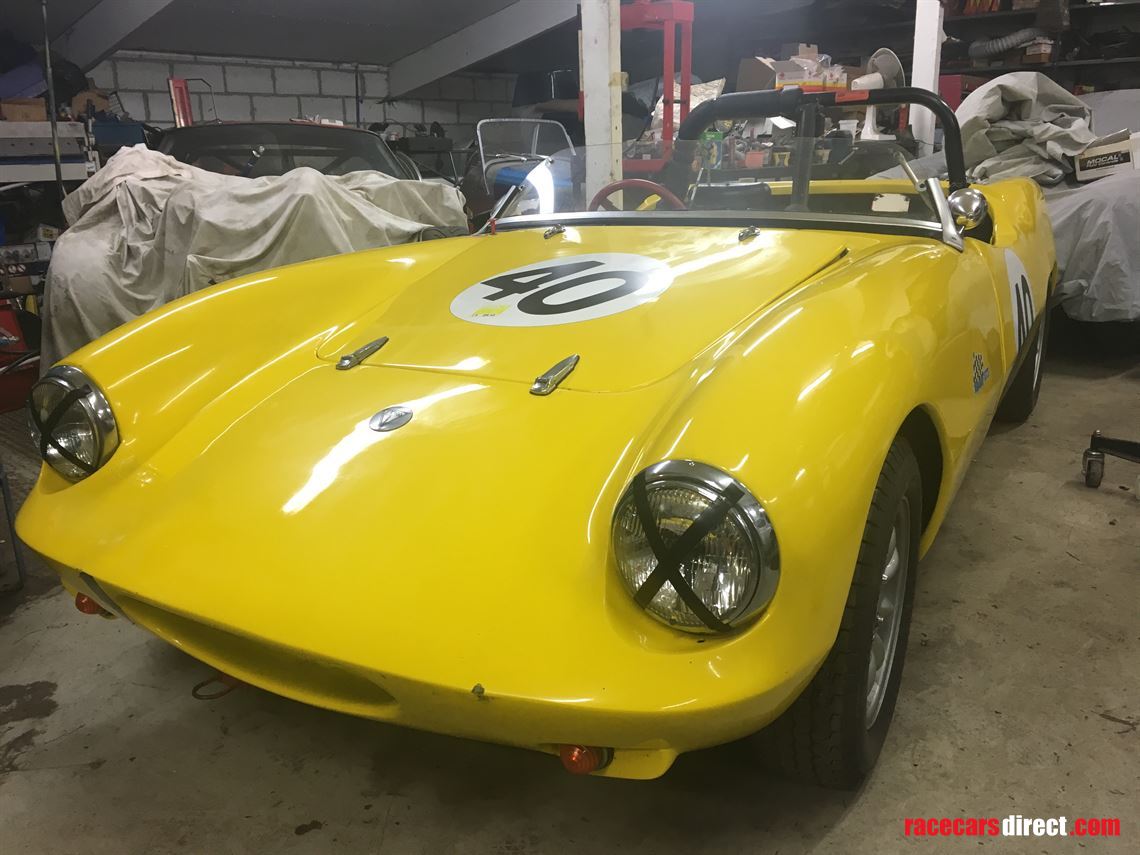 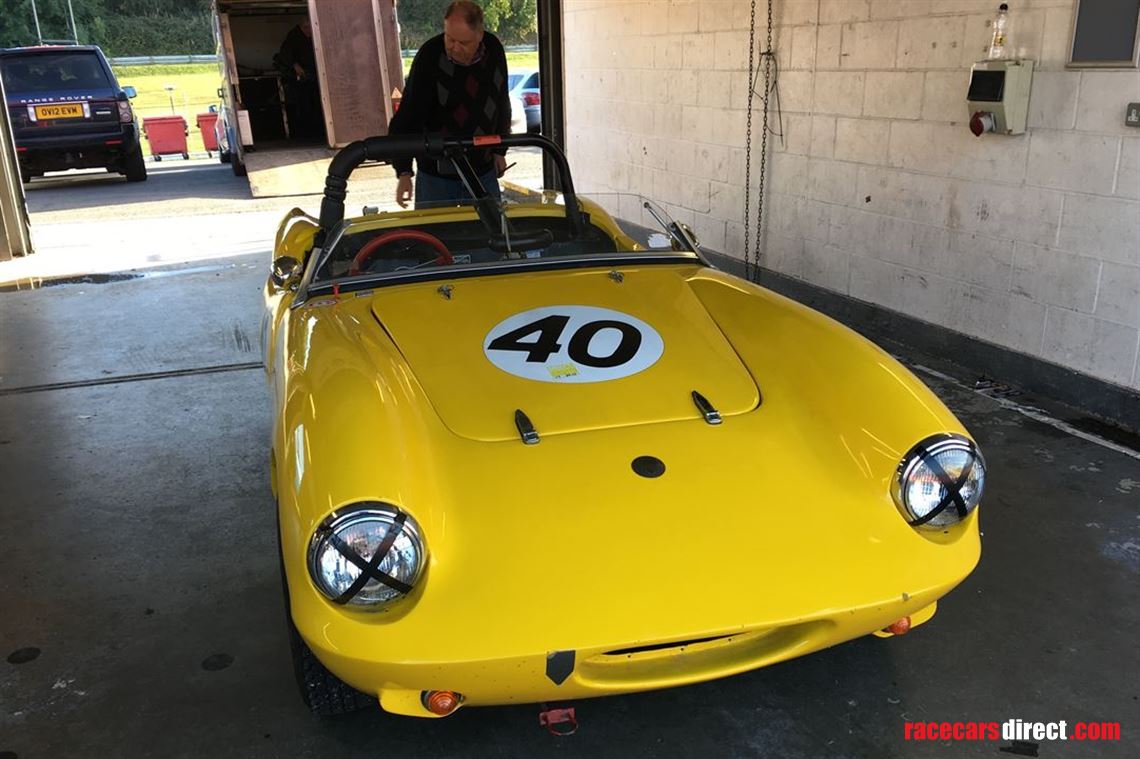 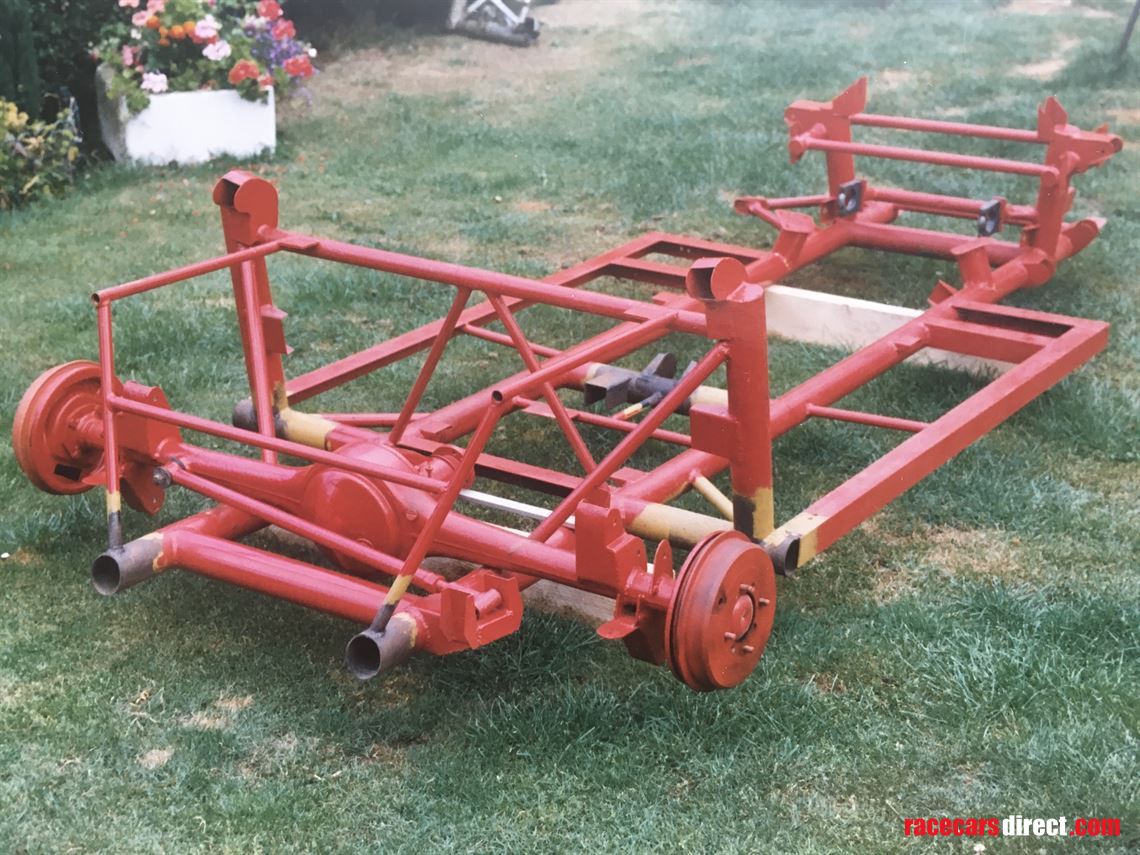 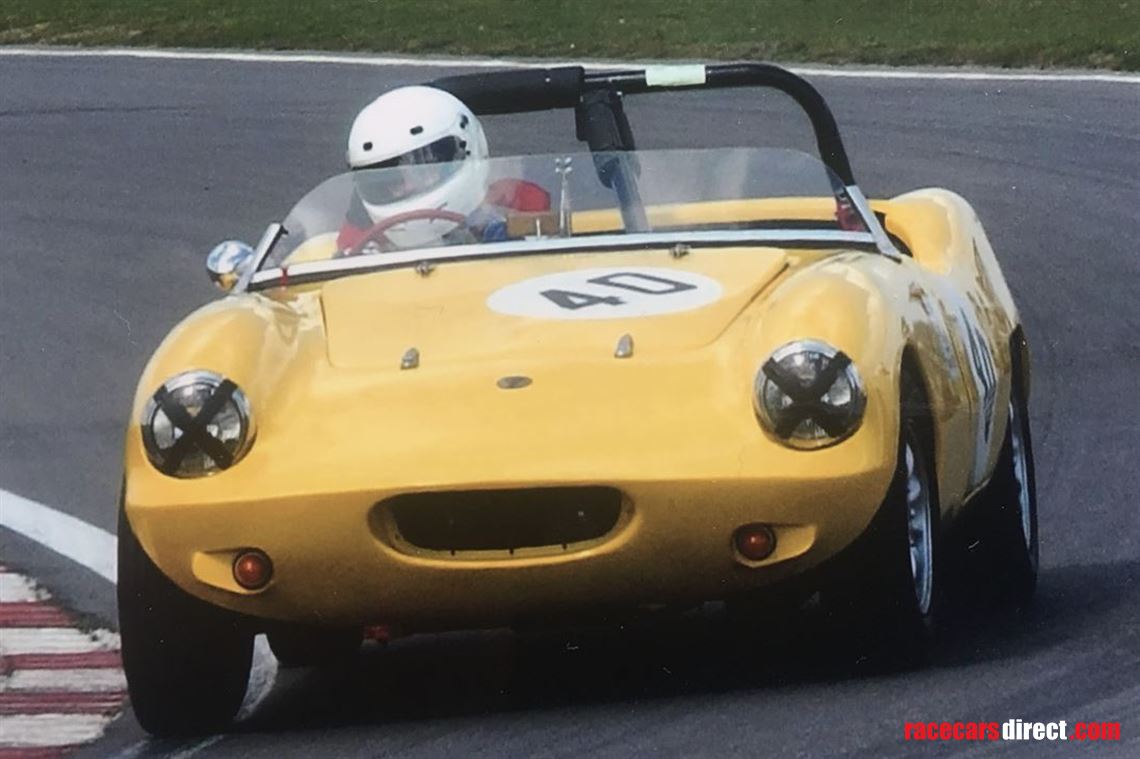 First registered in May 1960 and bought from the original owner in October 2004, this Elva Courier was subject to a complete body off rebuild and professional race preparation for the Equipe GTS classic sports car race series. Fitted with a 1800 cc MGB three bearing engine built by the specialist MG Motor Sport, over the next 5 seasons the car was progressively developed, successfully competing in over 30 races with numerous class wins on UK and continental circuits such as Spa, Zolder, and Zandvoort.

Due to other commitments the Courier was laid up until 2019 when an £8000 comprehensive recommissioning was undertaken including track test and rolling road tuning. Showing the equivalent of 136bhp at the flywheel the engine has been rebuilt by MG Motorsport just prior to the lay-up and has only test mileage. Fitted with disc brakes, close ratio straight cut box and newly restored brakes and suspension, the car comes with a spare 1588 cc MGA engine (to be rebuilt), original hood frame and windscreen surround and a ready to fit alternative competition drum brake set-up.

The Elva, subject to final adjustments, is virtually “ready to race” and would be welcomed as a competitive and interesting entry by several of the MG based race series.

Supplied in 1965 to Peter Goetz with 2.0 litre BMW engine and Hewland gearbox.

Olfi® One Life, Film It!