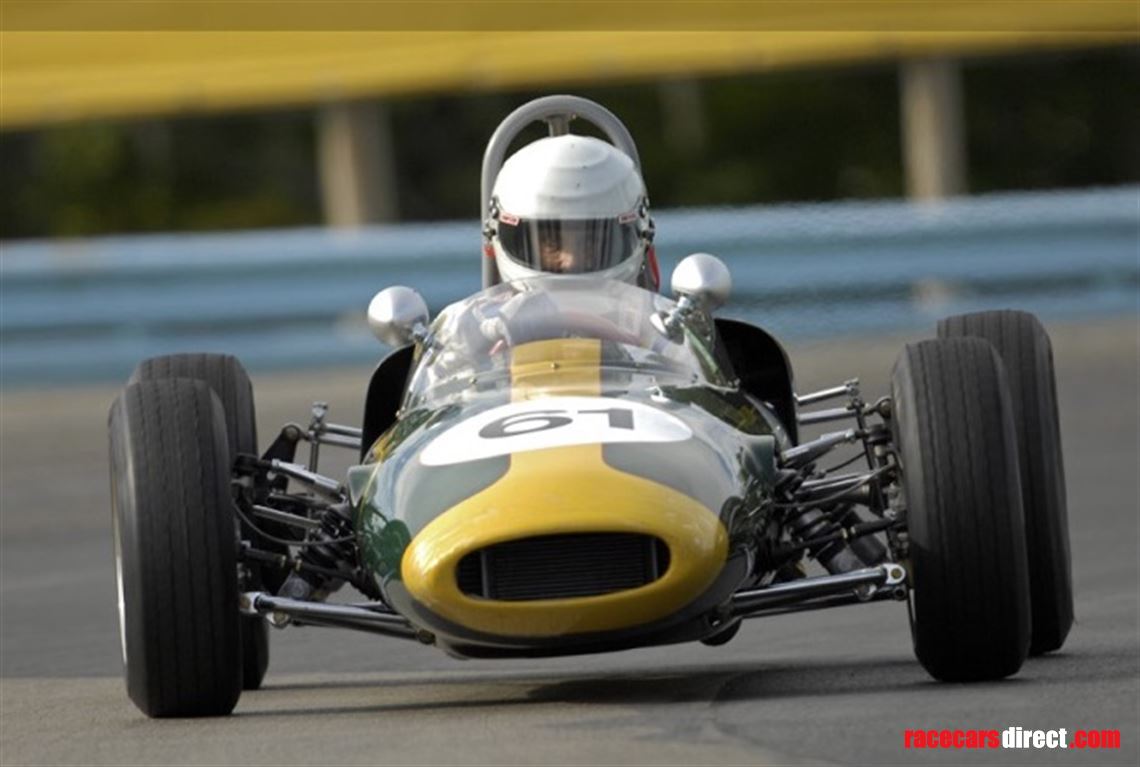 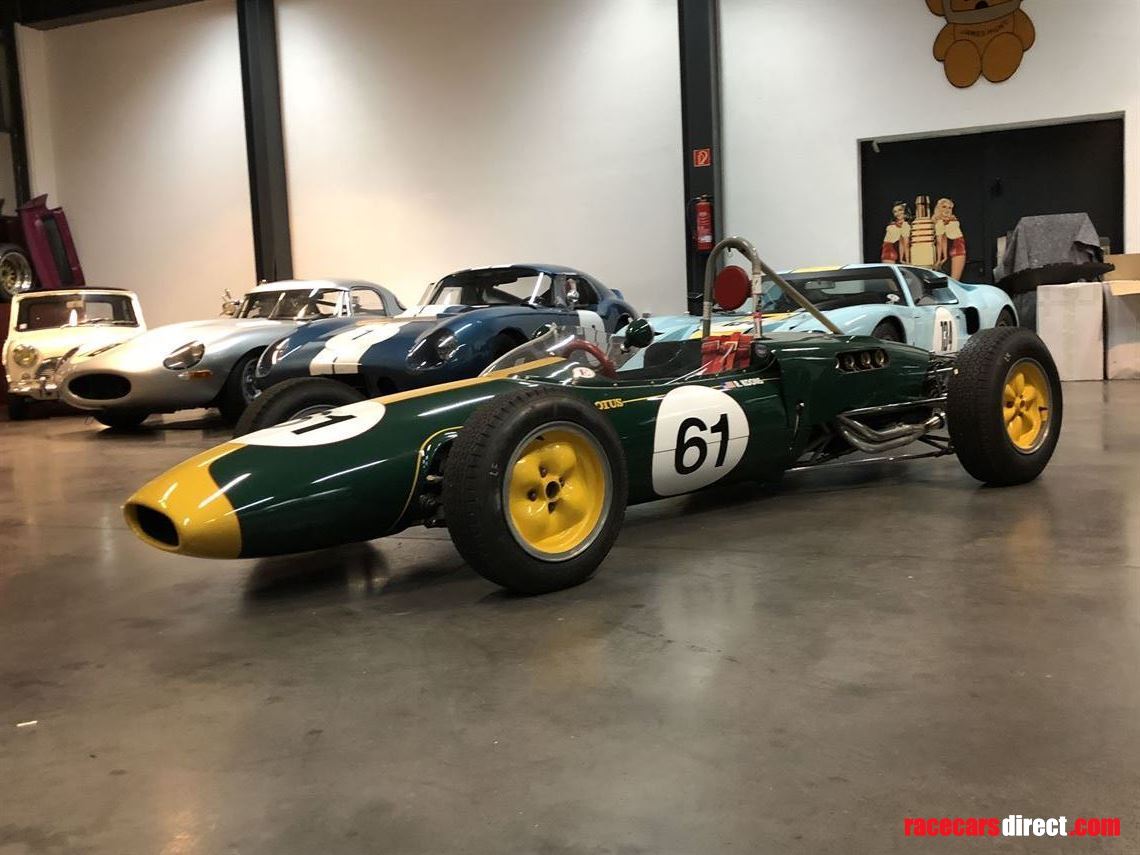 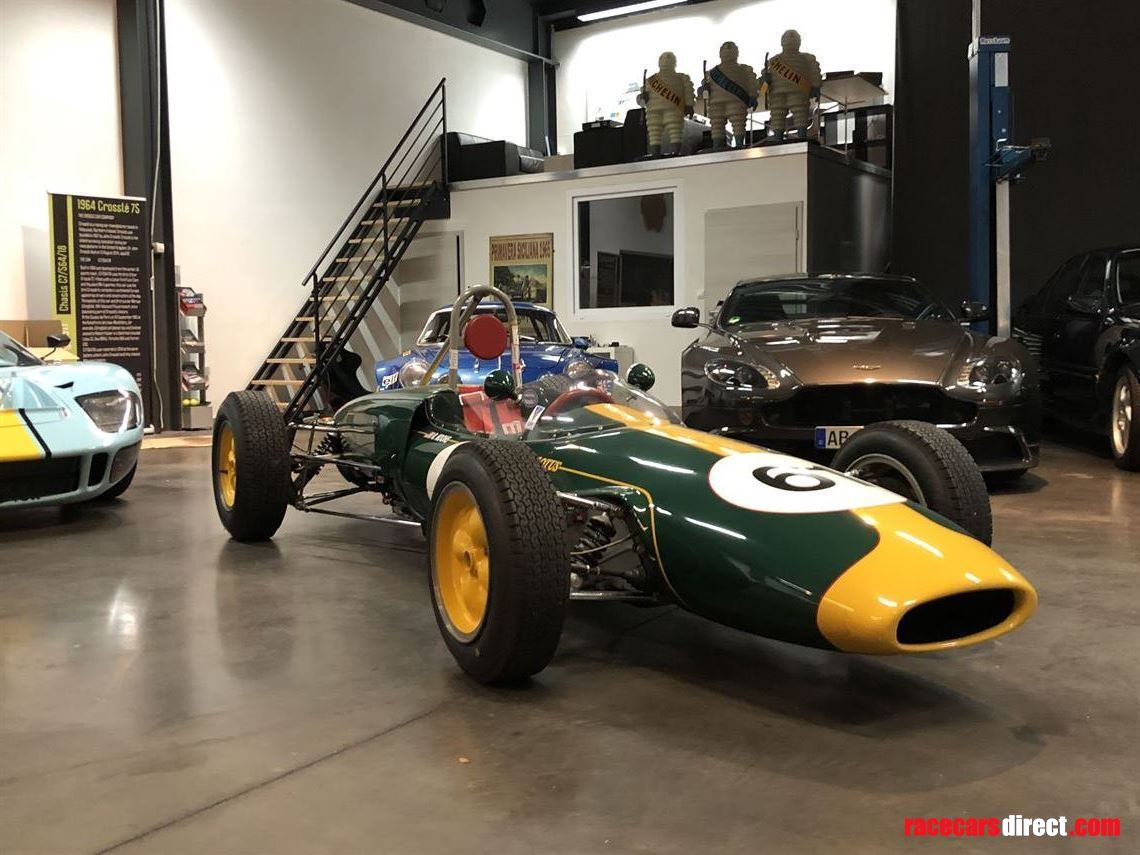 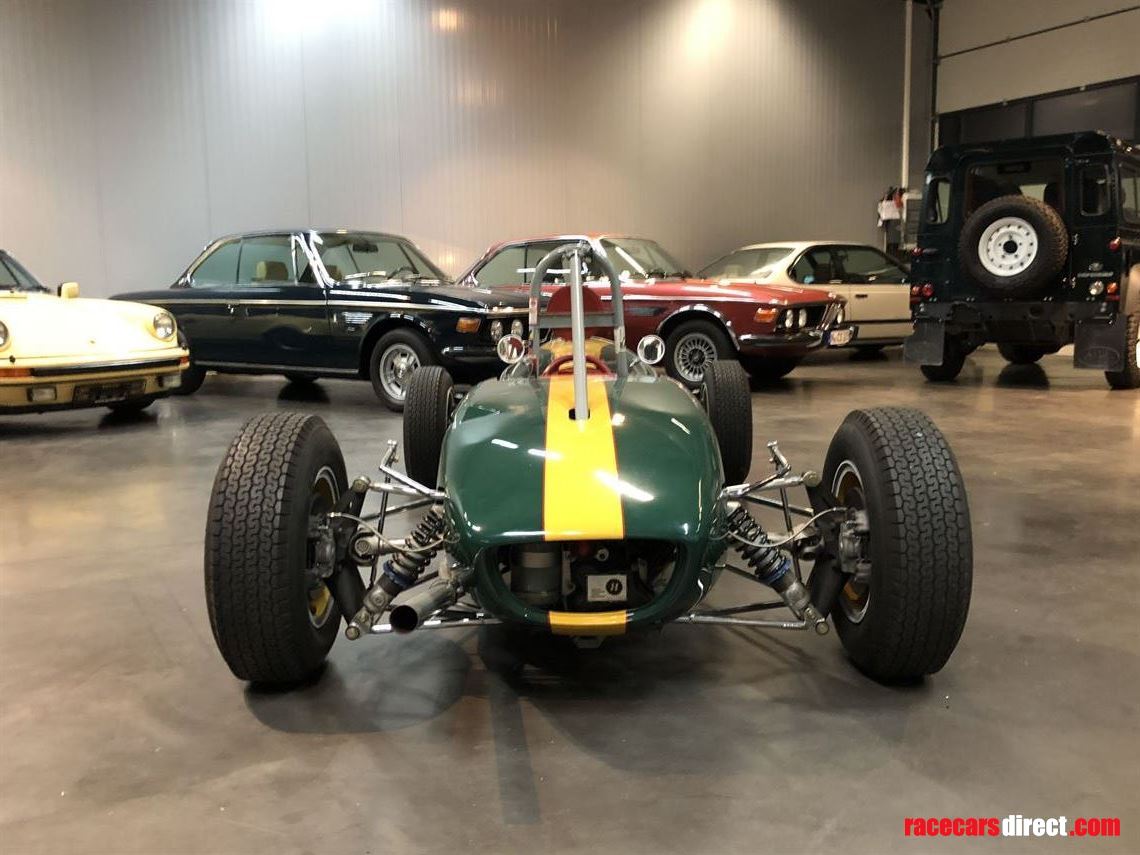 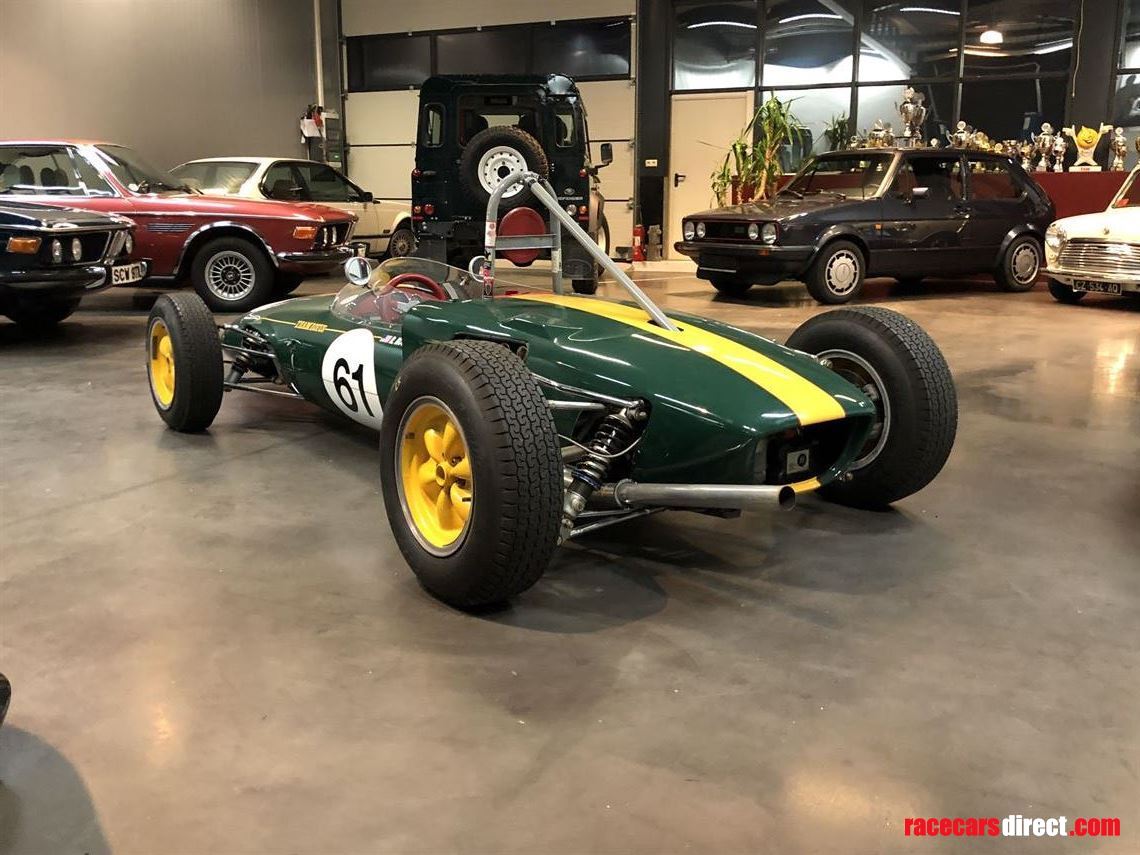 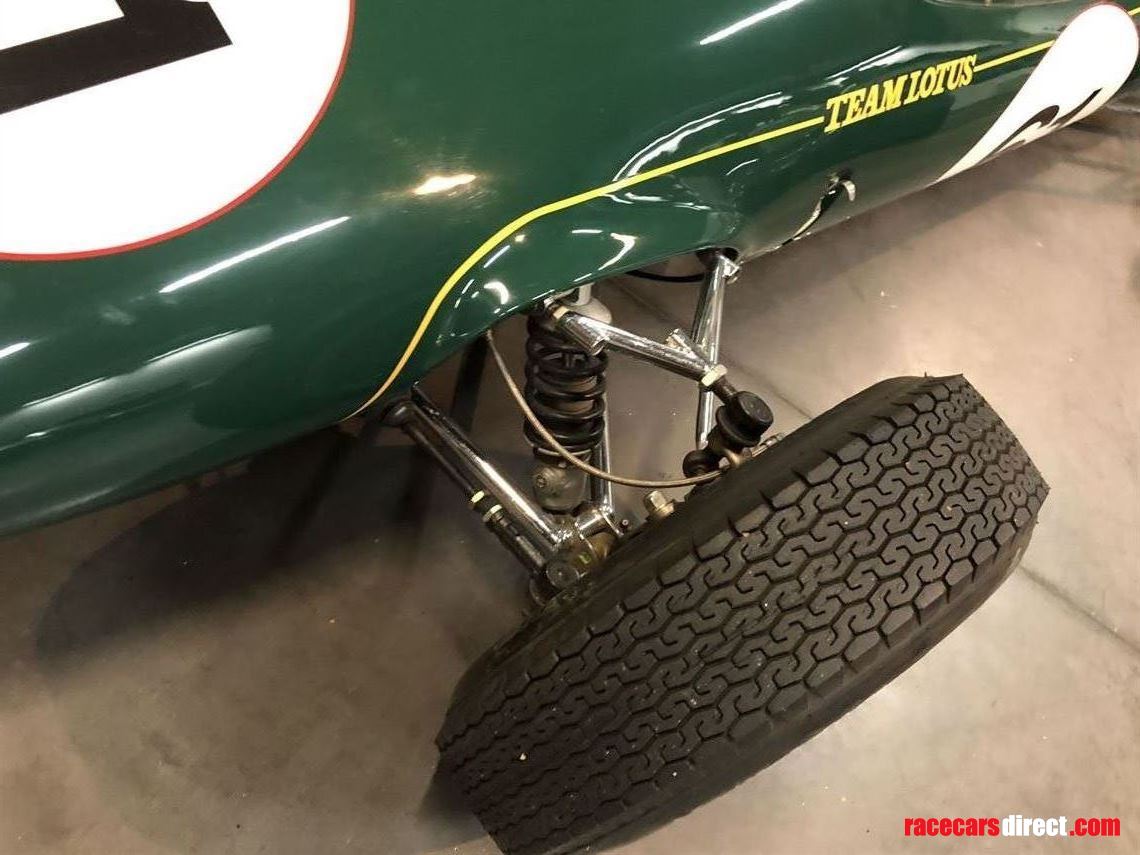 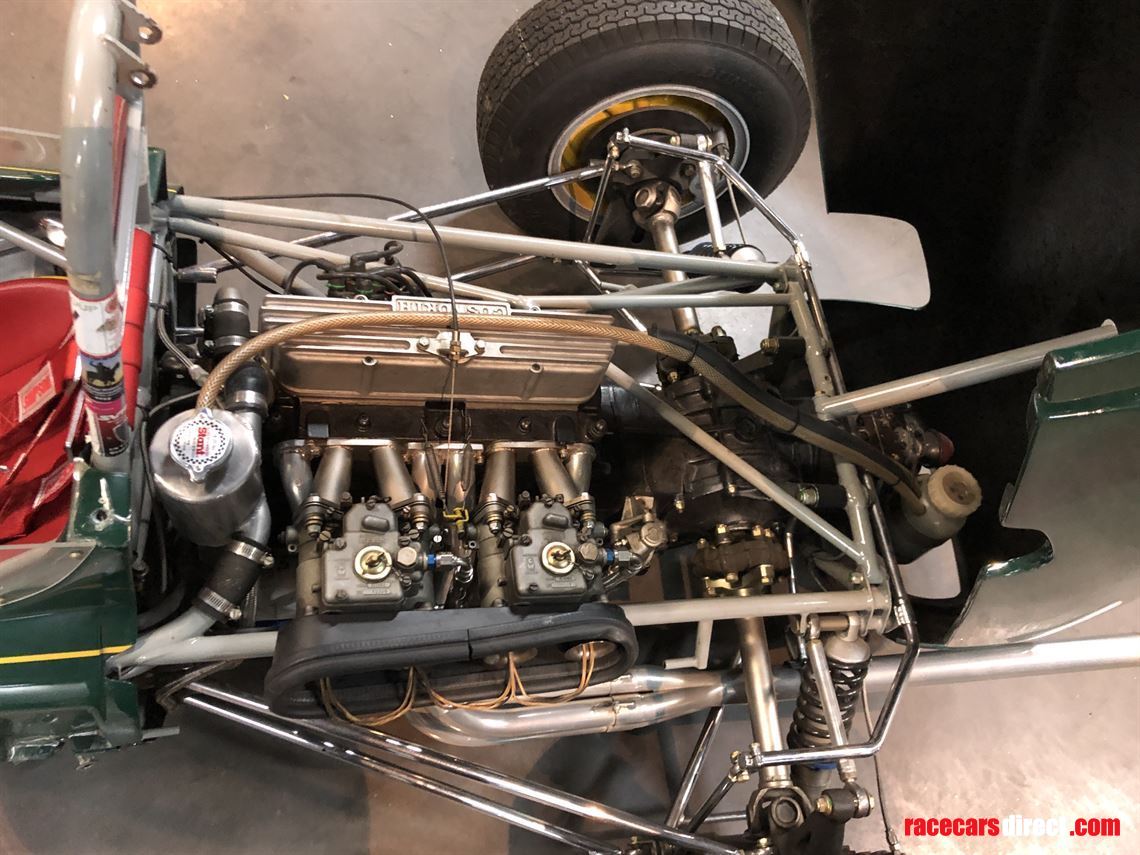 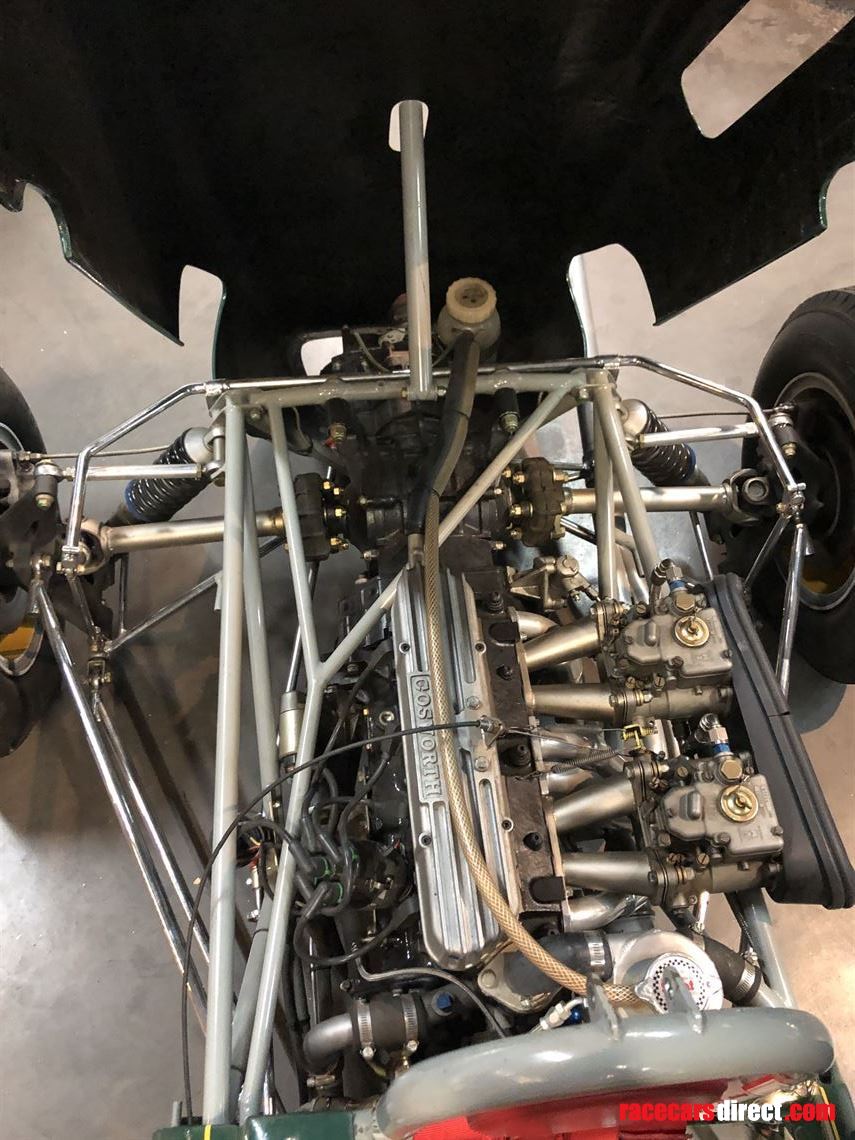 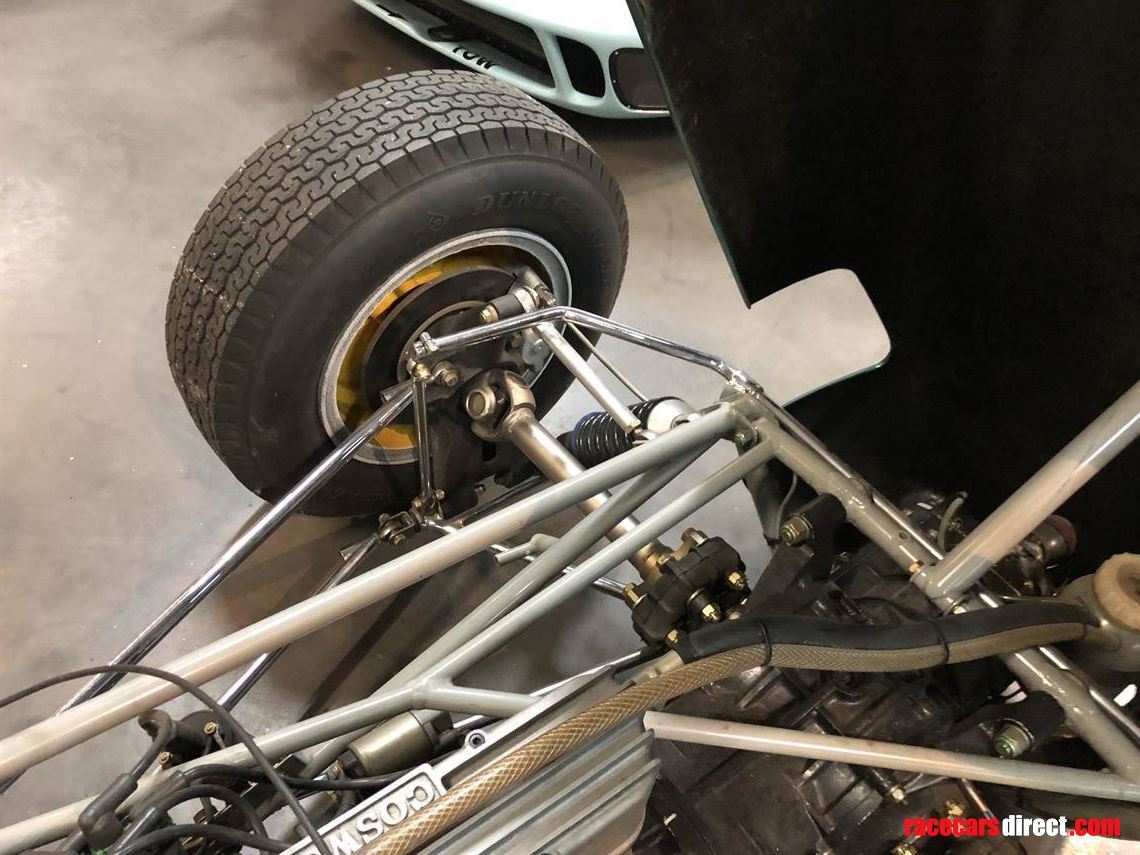 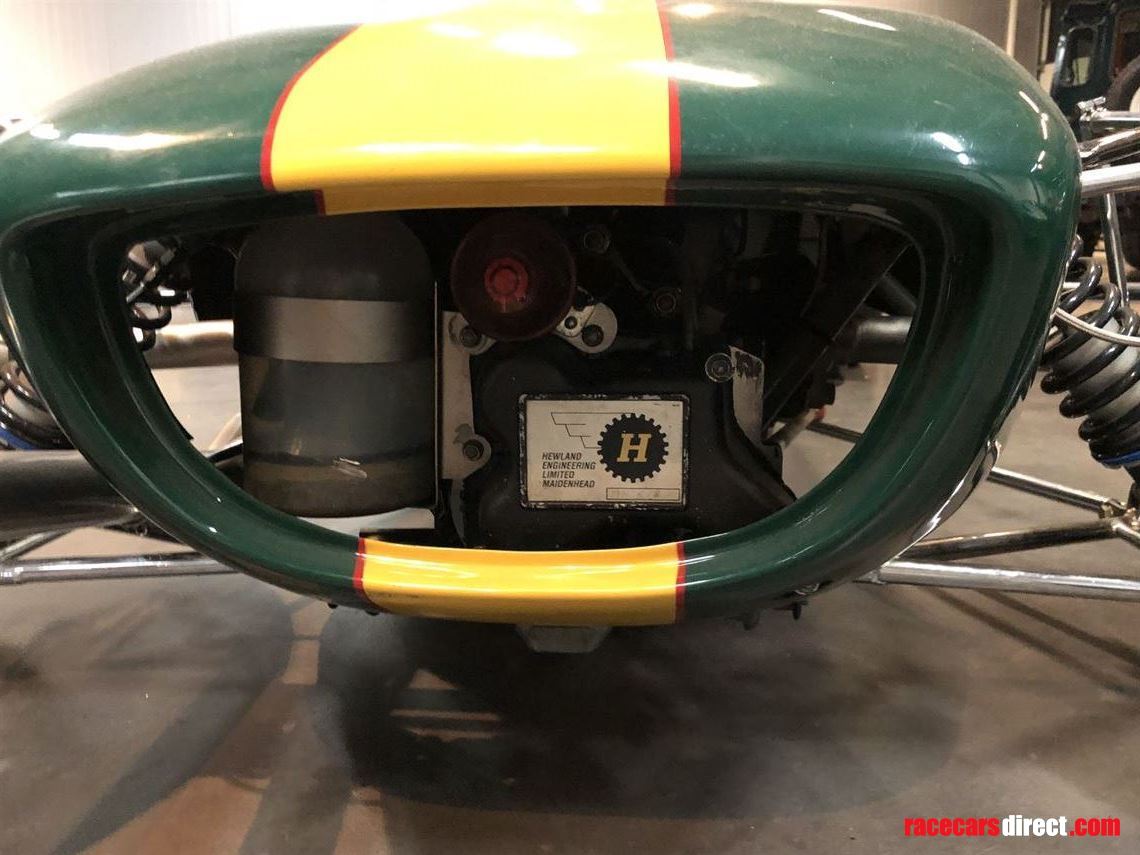 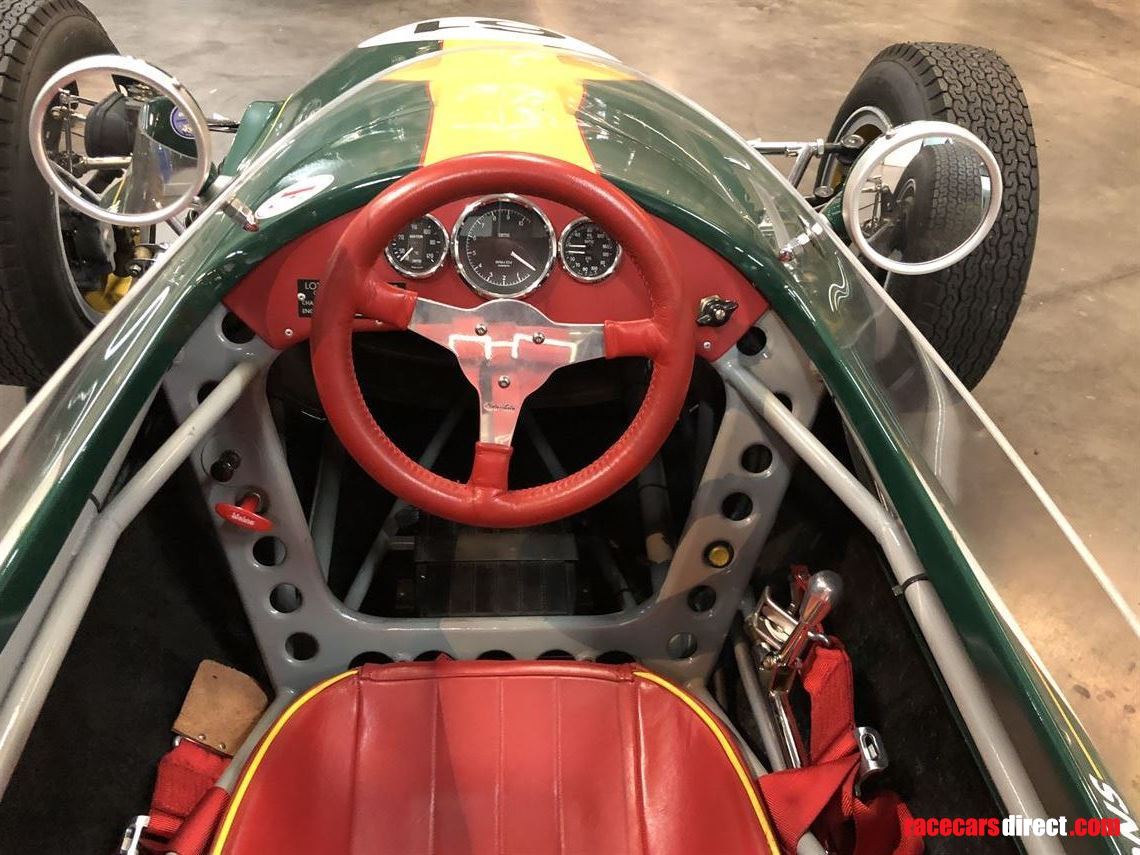 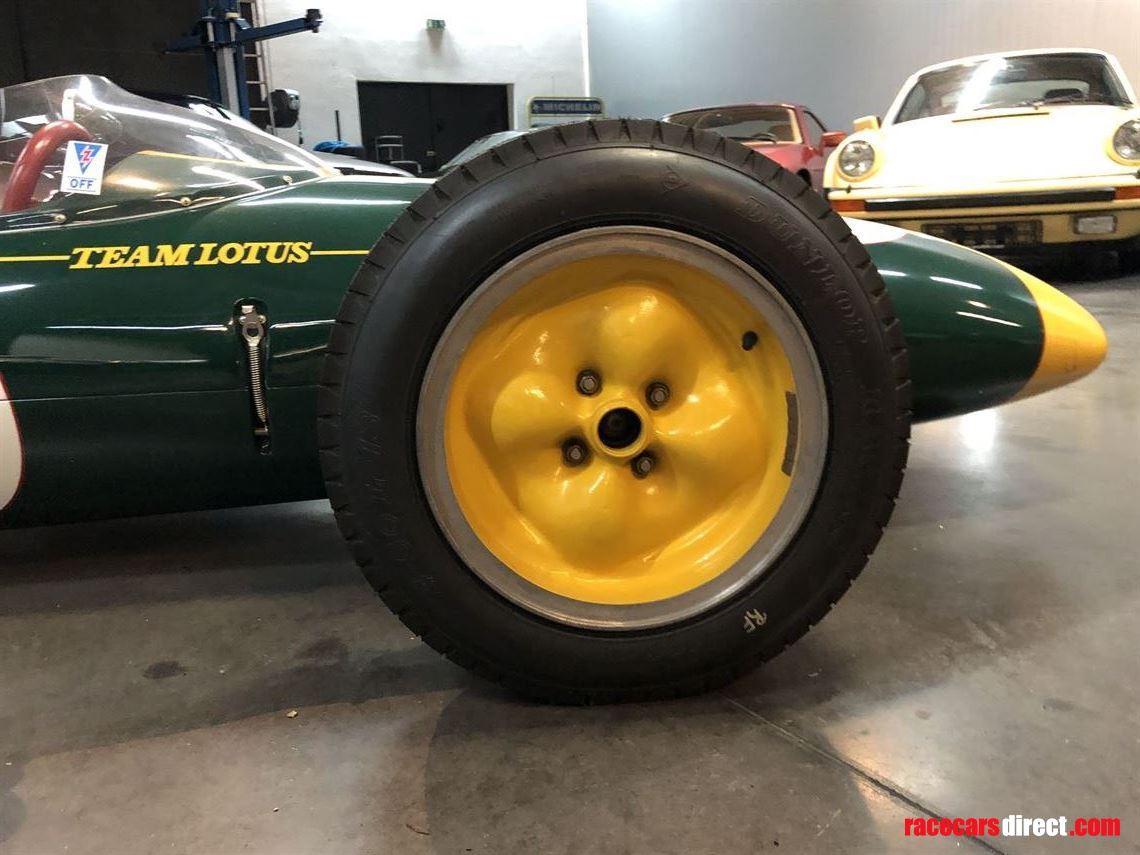 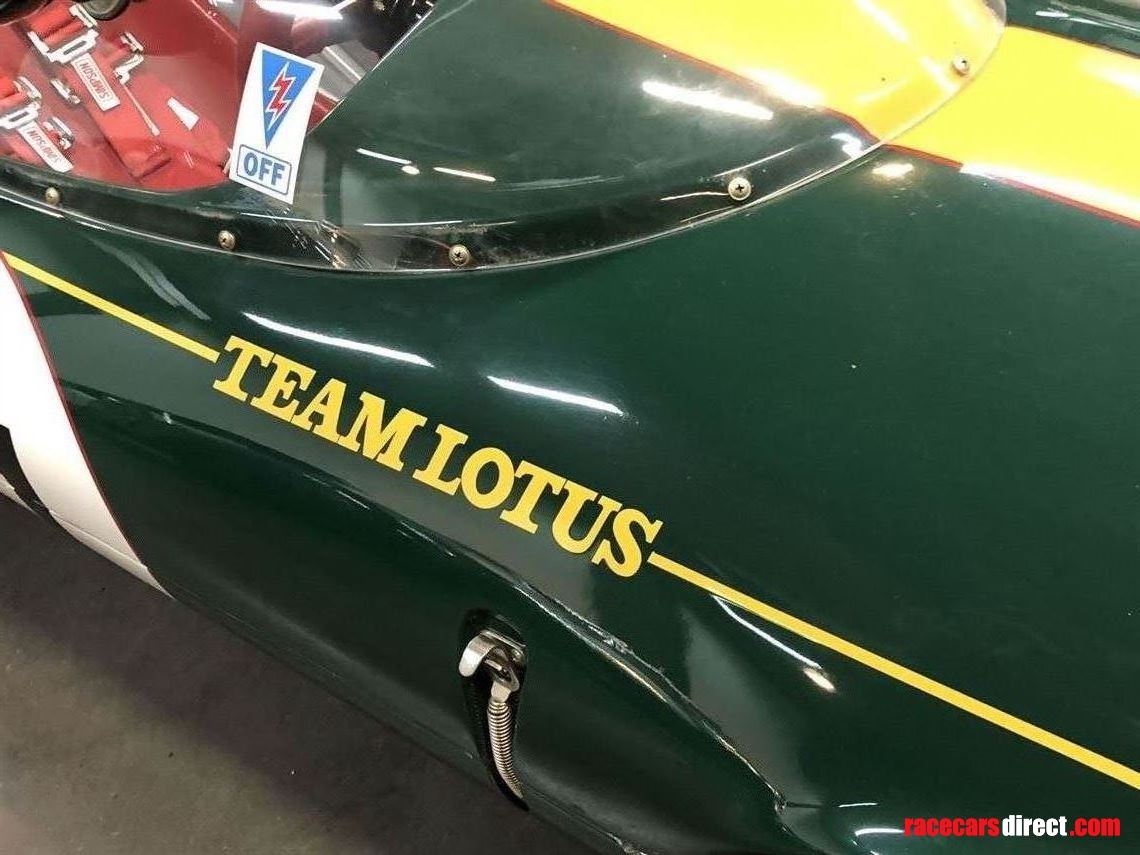 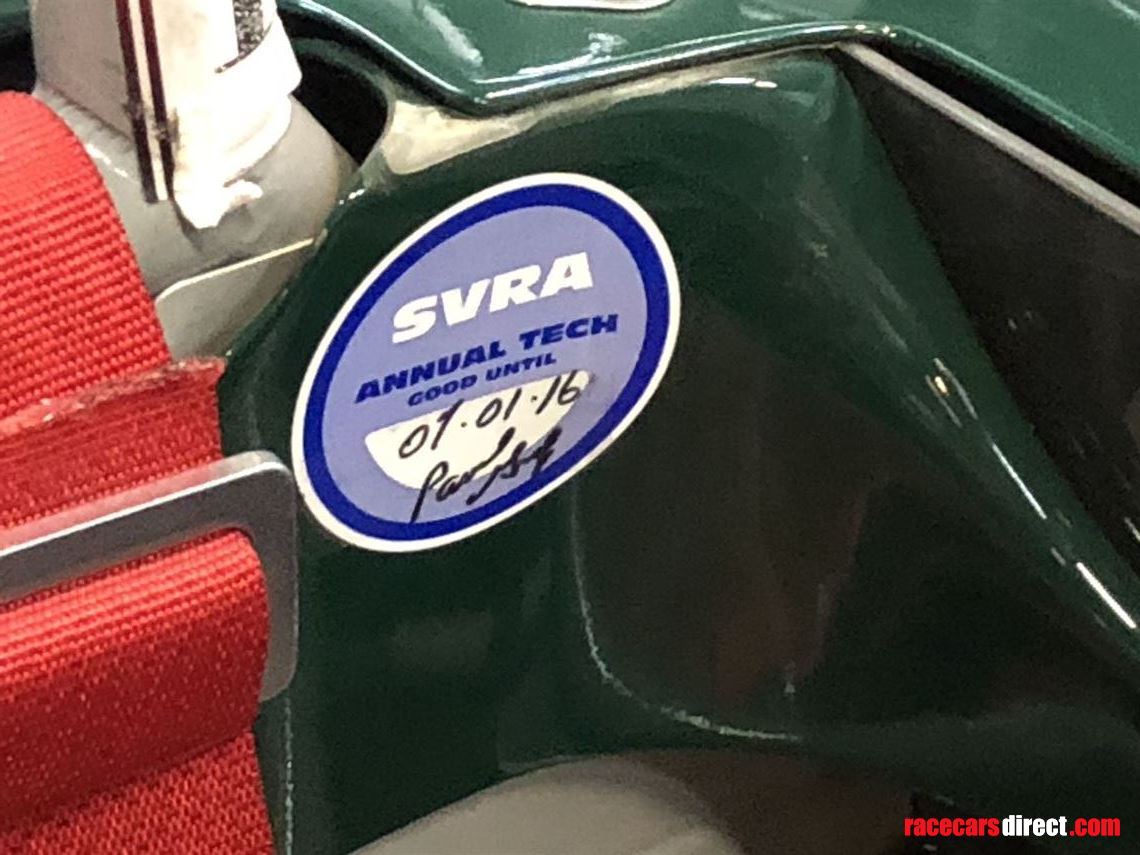 While the first rear-engined Lotus single-seater racing design was the epochal Type 18 of 1960, the first to adopt what became the definingly sleek, pretty, and elegant Lotus Formula Junior body shape was the replacement Type 20 of 1961. The Type 20 had jam-packed—more or less—the same component parts as the Type 18 into an even smaller, more aerodynamic racing car. The Lotus 20 dominated Formula Junior racing through 1961. Works drivers Trevor Taylor and Peter Arundell shining in particular, winning fifteen times between them. Private owner/driver Jo Siffert also shone, with seven victories in his Type 20.

This Lotus Formula Junior is believed to have been raced in the UK during the 1960s, yet the car's early history remains undocumented. For many years, it is known to have been vintage raced in the US since the 1980s by Mr. Robert McClenagan. It was maintained then by Mike Gourley at Continental Coachworks.

In the mid-2000s, the Lotus joined the renowned collection of the late Robert "Bob" Koons and would receive a comprehensive restoration (2009) by noted restorer, Rick Parent. The Lotus Formula Junior has been raced in recent years at prominent events, including SVRA races at Watkins Glen International Raceway, Amelia Island Vintage Grand Prix, and Indianapolis Motor Speedway, where the rapid Lotus finished first overall. The Lotus is offered with many records from the restoration, FIA paperwork, as well as HSR, SVRA, and VRG log books and a Gold Medallion from SVRA. This splendid Lotus Formula Junior is eligible for some of the most exclusive racing events around the globe, including the Monaco Classic GP, Goodwood Revival, and Monterey Historics.