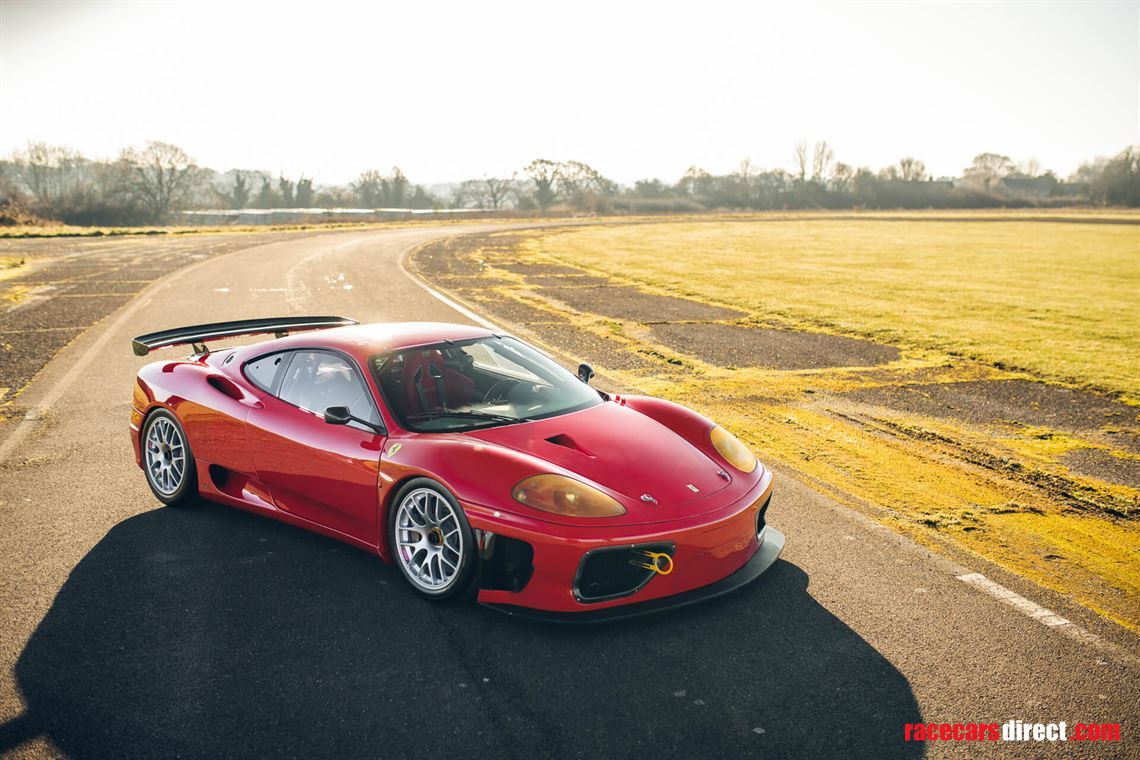 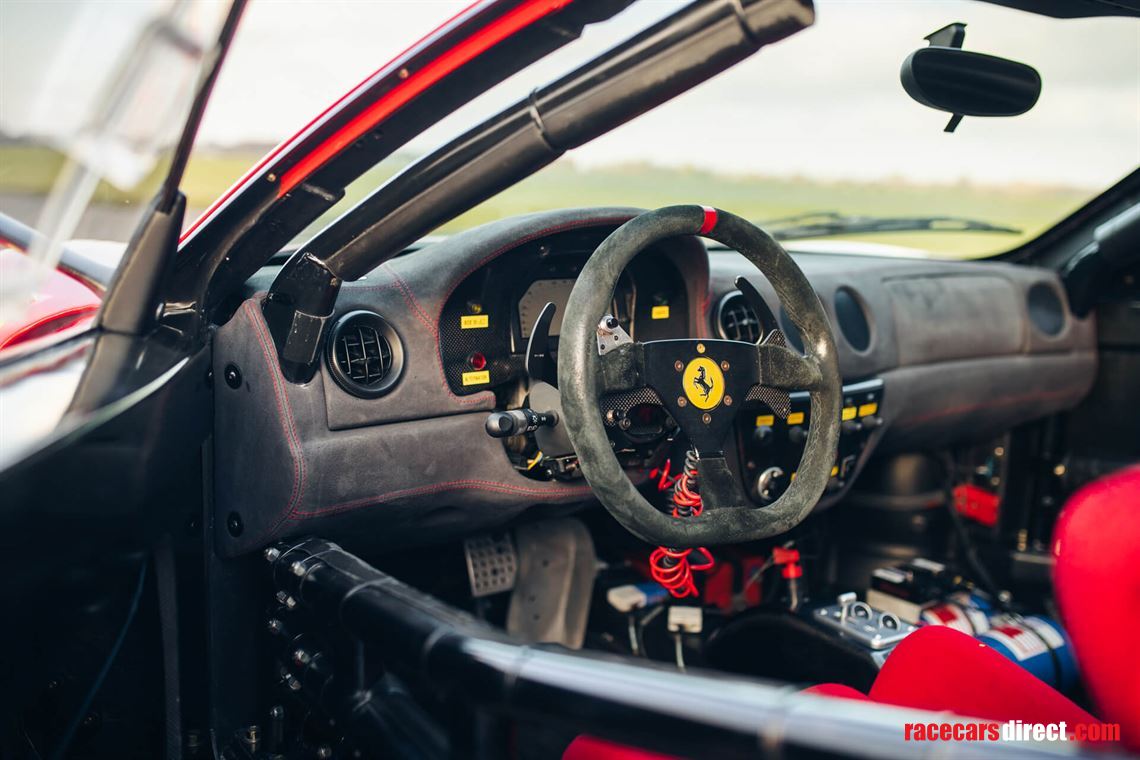 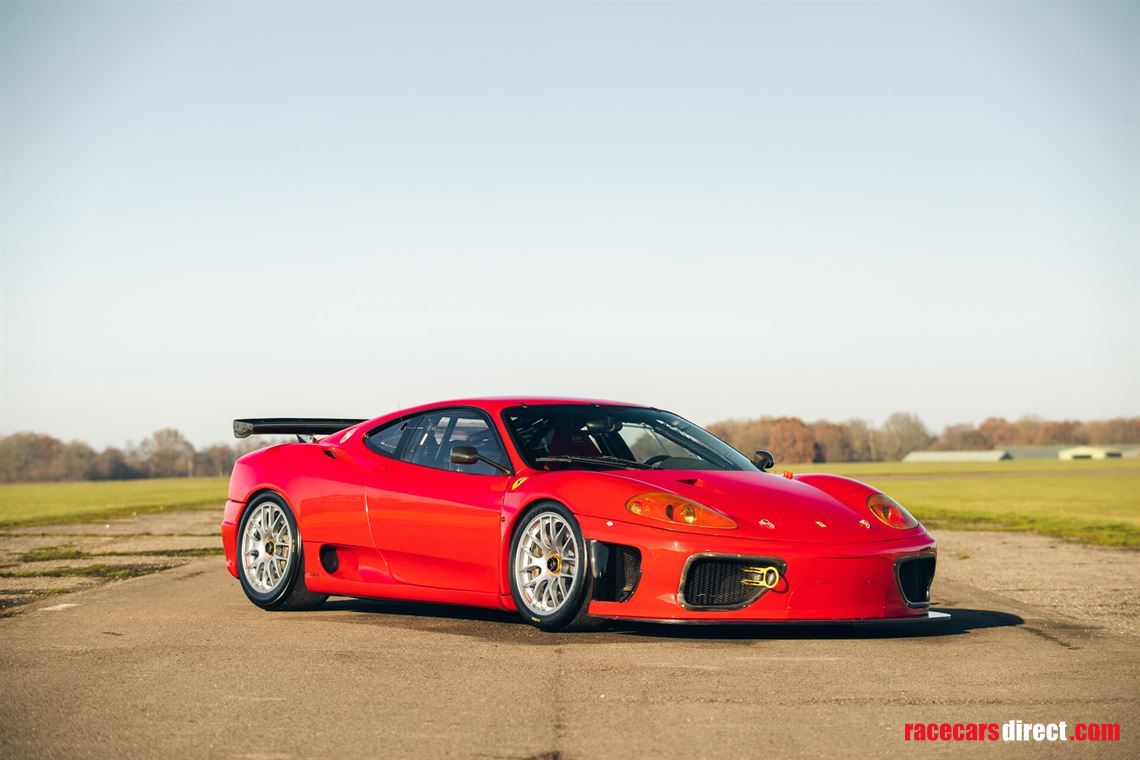 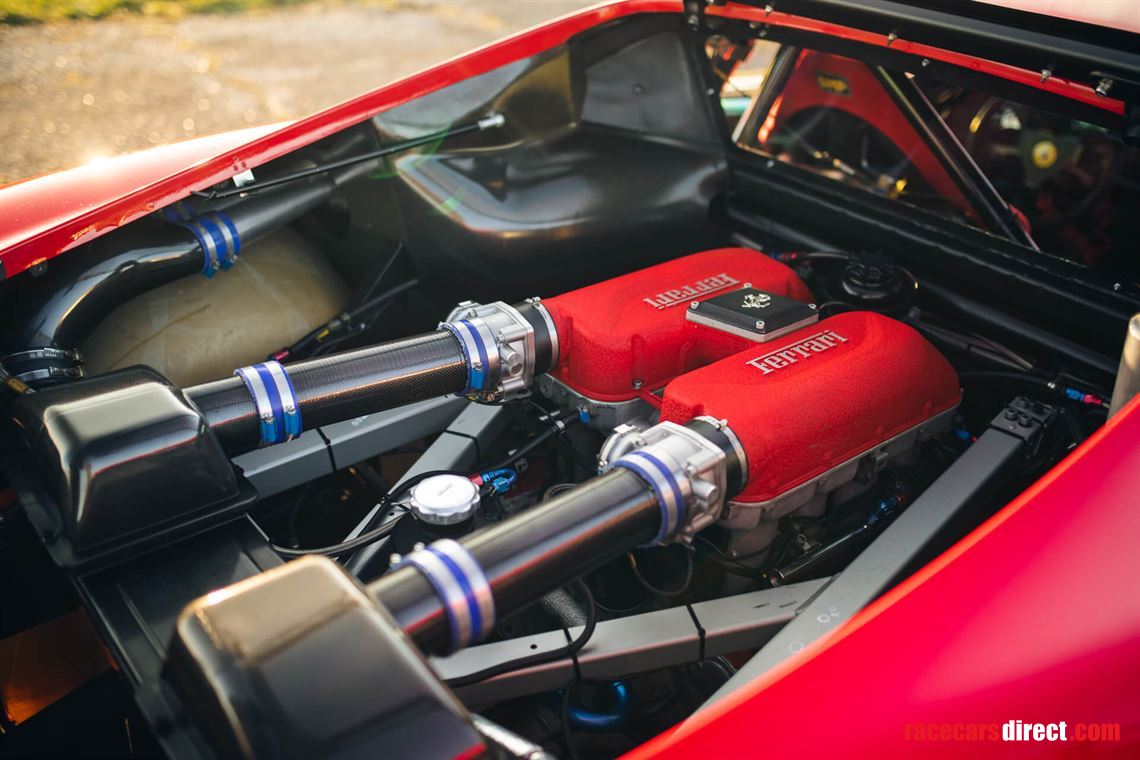 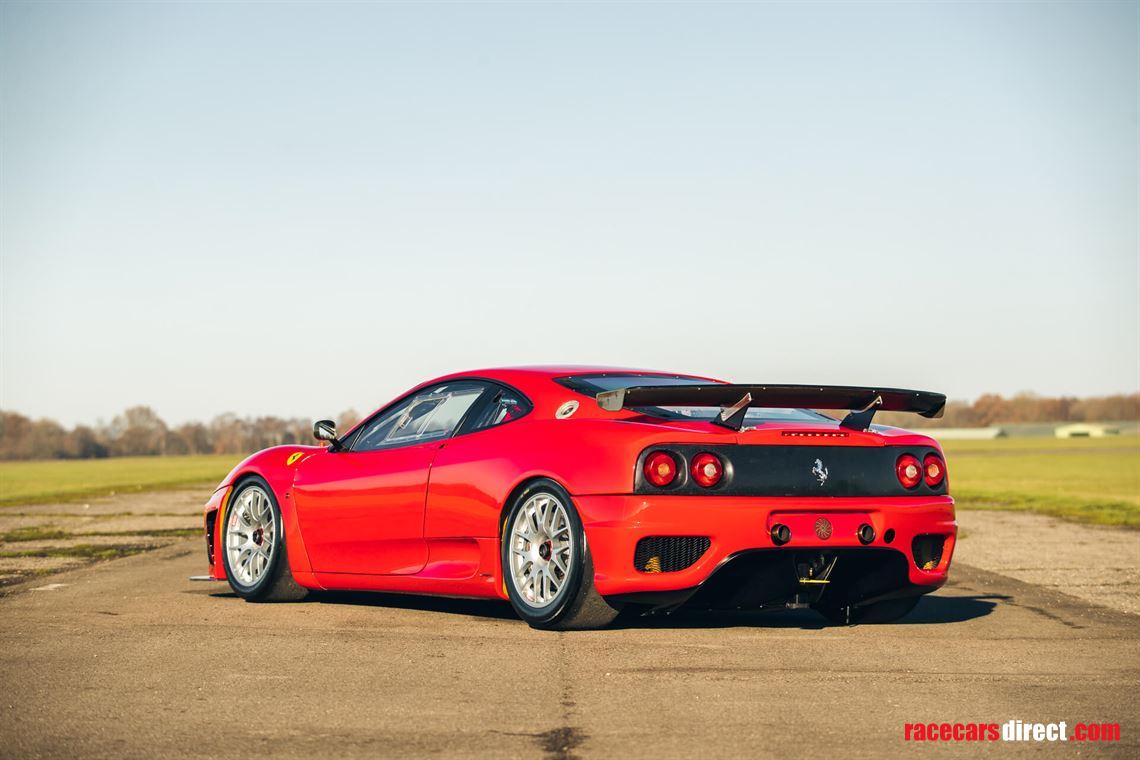 The Ferrari 360 GT was developed by Ferrari Spa in collaboration with Michelotto Automobili, to compete in the FIA N-GT class in the early to mid-2000’s. Between 2002 and 2004, Ferrari Spa commissioned Michelotto to build 20 Ferrari 360 GT’s, with a further 17 360 Challenge cars also being converted.

Michelotto Automobili was Ferrari Spa’s chosen and preferred competition car developer and builder, with previous projects together including the 308 GTB Group B rally car, 288 GTO Evoluzione, F40 LM, F333 SP. Success was targeted, and achieved consistently, including a class victory at Le Mans and four consecutive FIA Sportscar Championships with the F333 SP.

The 360 GT benefitted from a huge weight reduction of 91 kg over the 360 Challenge cars, with the wiring loom lightened, doors and bonnets in full carbon fibre and redundant chassis brackets being removed. The suspension was also upgraded with larger Brembo brakes and a rear wing fitted, ensuring the driver could make full use of the 3.6 litre, 40-valve, 4-cam, V-8 engine, which now produced in excess of 430 bhp! The gearbox was a six-speed sequential unit with a paddle on the right to change up, and a paddle on the left to change down a gear. This focussed weight saving resulted in a car which was 30 kg under the minimum weight limit of 1,100 kg, so ballast was placed in the car to meet these regulations.

The 360 GT was the car that brought Ferrari back to modern GT racing, thanks mainly to its sheer success, which started in 2001 with both the FIA N-GT driver and team championships. The Ferrari 360 raced around the world, competing at the famed Le Mans 24 Hours, Daytona 24 Hours and 12 Hours of Sebring.

The car we are offering here, chassis 2026, is one of only 20 360 GT’s built by Michelotto Automobili for Ferrari Spa. Cristiano Michelotto himself has confirmed this car to have been delivered new to Steve Goldman in California, USA, in 2002.

Goldman, a resident of Malibu, California, is an engineer by training, and was the CEO of a high-tech company for many years, but in the early 2000’s found his way into motorsport and bought this Ferrari 360 GT to compete in events, and sparingly at track days. In August 2003, Goldman raced this car at the California Speedway, qualifying first and finishing third in class. A year later, again at the California Speedway, he qualified second and finished 3rd overall. Goldman also allowed Bob Faieta, team owner of Competition Motorsport and American Le Mans Series driver enter the car into small club events.

With Goldman, this Ferrari 360 GT joined a sizeable collection of competition and sports for about 6 years, before crossing the States to reside in Florida with Jason Owen in Florida. Contained within the history file of this 360 GT are copies of many invoices for regular maintenance work performed by Ferrari and Lamborghini specialists, Rosso Corsa in Jupiter, Florida.

In January 2011, this 360 GT entered the world-renowned Palm Bach Cavallino Classic XX, where it was awarded Platinum in Class 6 in the Concorso d’Eleganza. To receive a Platinum award, the car must score higher than 95 points after judging.

The maintenance invoices from Rosso Corsa in Florida document an engine rebuild in 2017 and 2018. Since this rebuild, the car has not returned to the track, instead it has been carefully stored, and is today presented in exceptional condition, a true testament to the limited use it has seen. The car is offered with a spare set of BBS magnesium wheels and slick tyres, OMP passenger seat (so you can share the on-track experience) and spare 360 GT engine (without auxiliaries).

This car is eligible for the Ferrari Club Competizioni GT series, Aston Martin Masters Endurance Legends, Peter Auto Endurance Racing Legends and Challenge & GT Days. These series offer you the opportunity to easily enjoy your even-numbered Ferrari competition car on track, just where it belongs. In July 2020, Peter Auto will be offering the Endurance Racing Legends series the opportunity to compete at the Le Mans Classic event, don’t you want to be racing your newly acquired Ferrari 360 GT around the most famous circuit in the world?

The car was imported into the UK on the December 2015, and all import duties, VAT etc have been pai

Geniune 1995 Challenge car supported by Auto Becker in the 90`s.