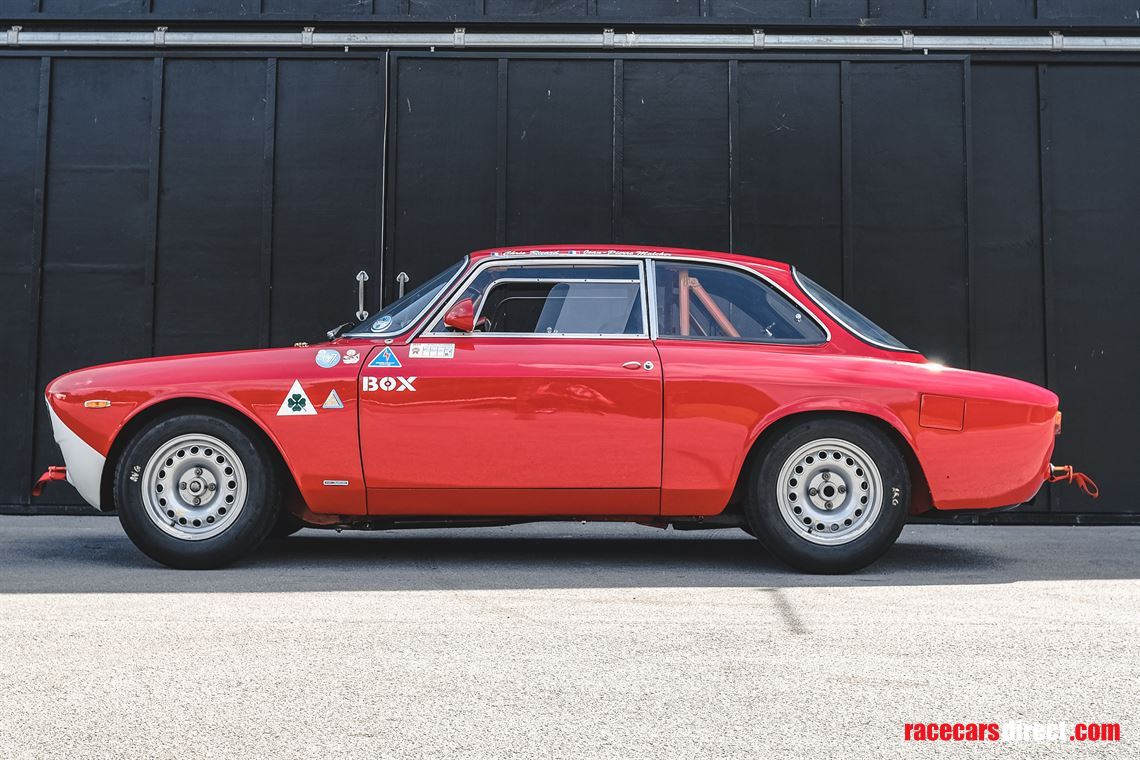 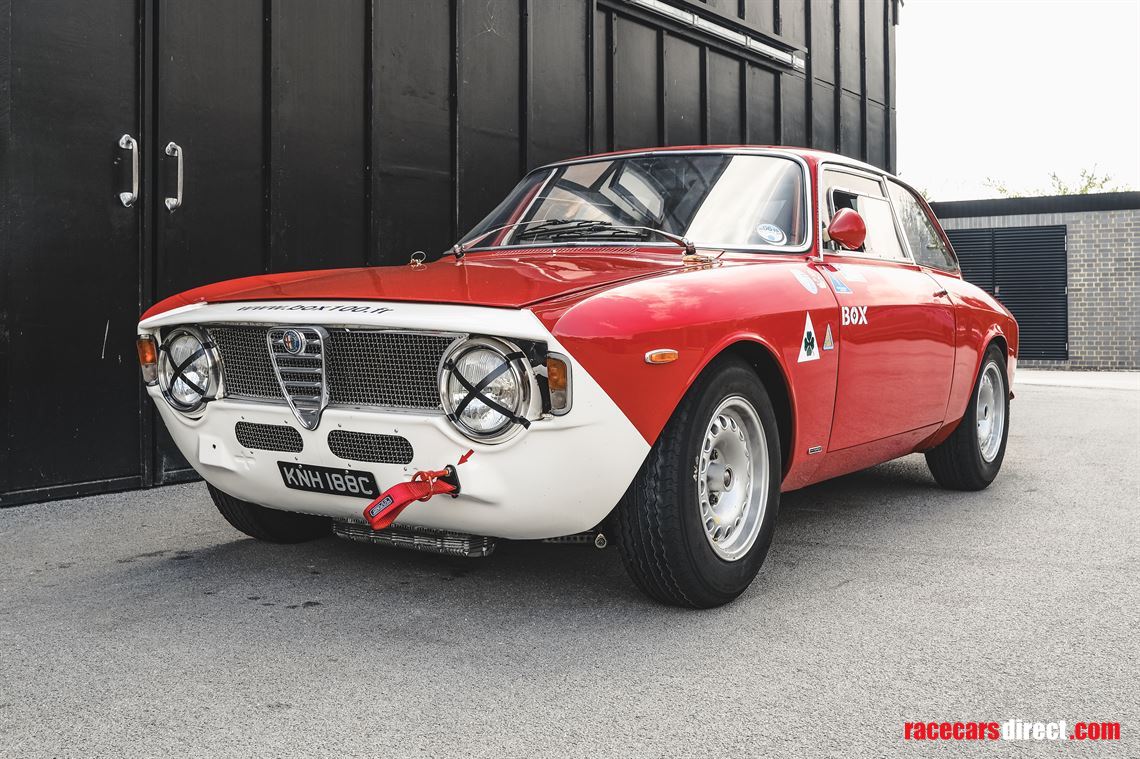 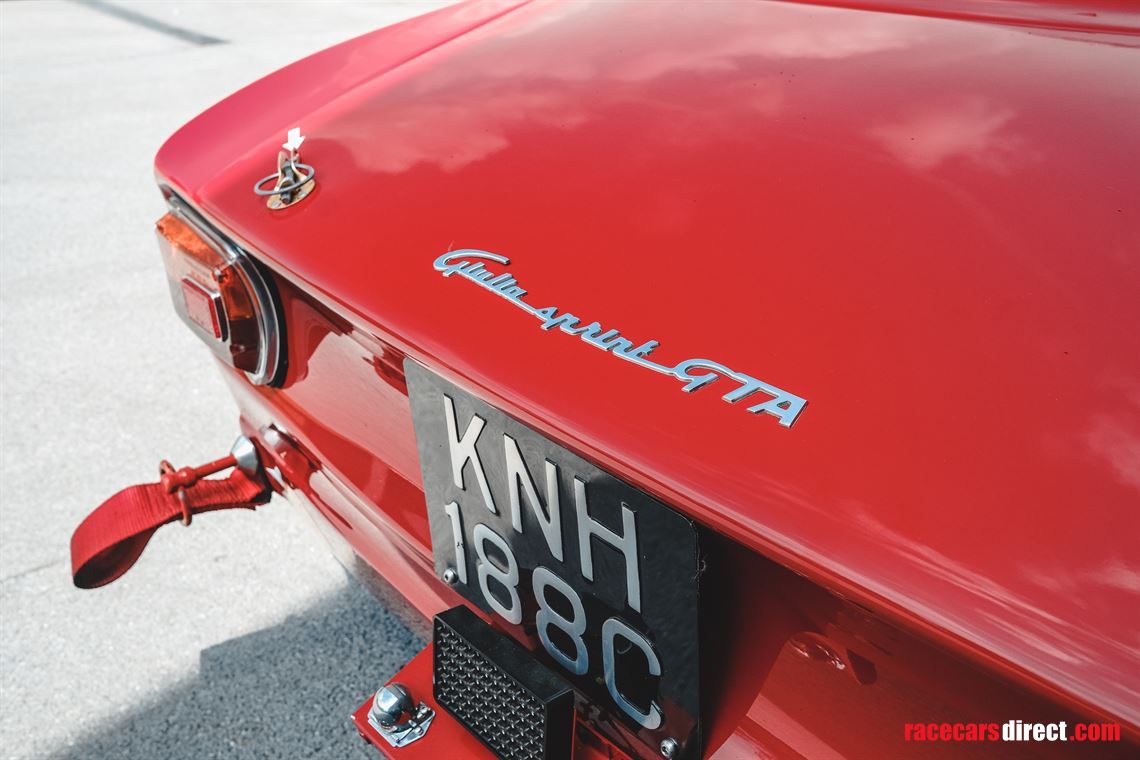 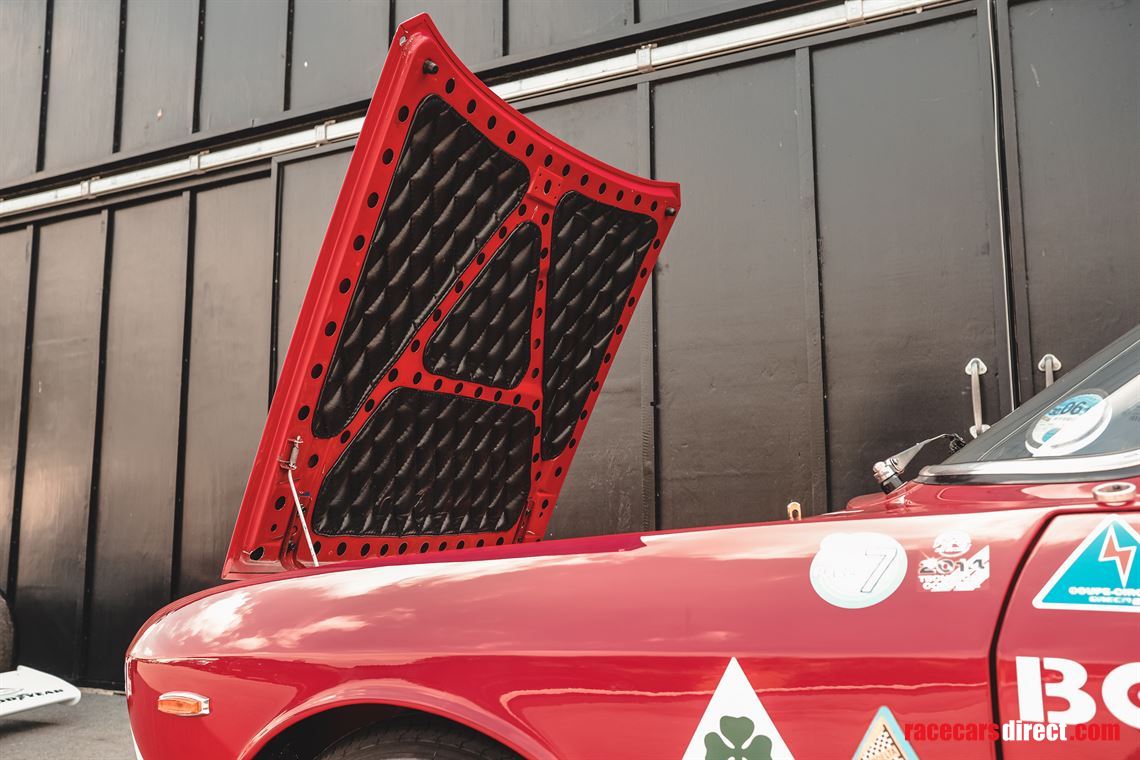 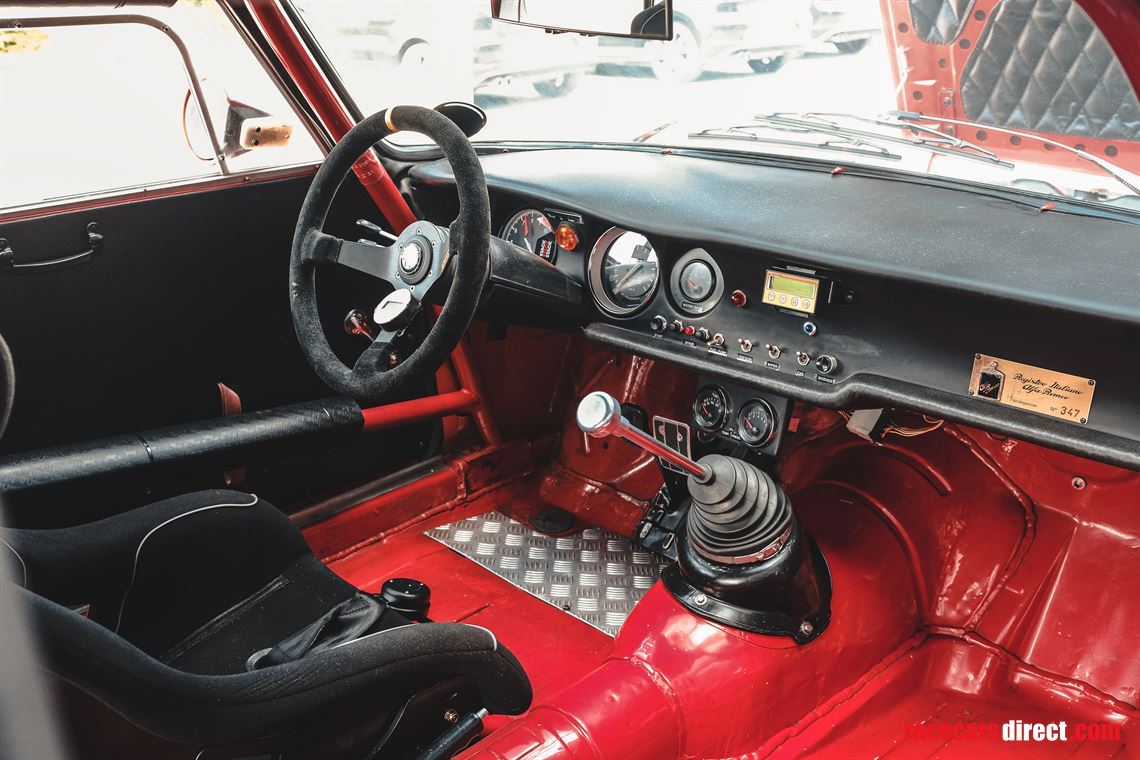 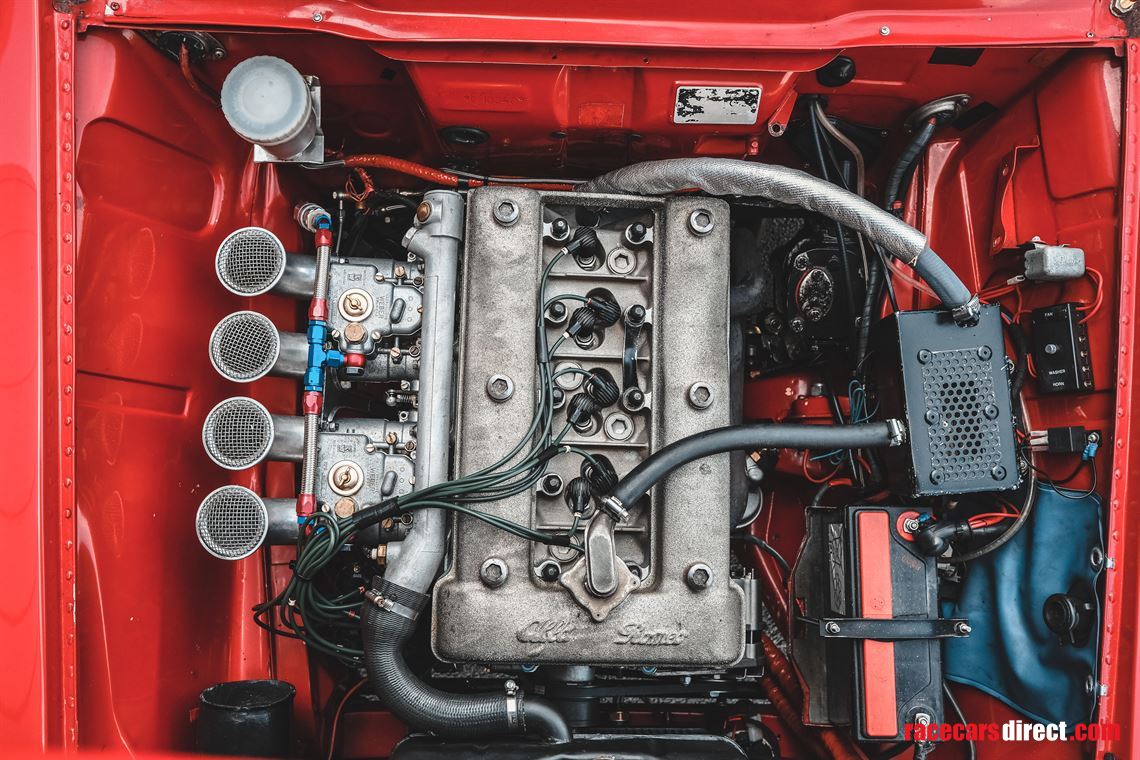 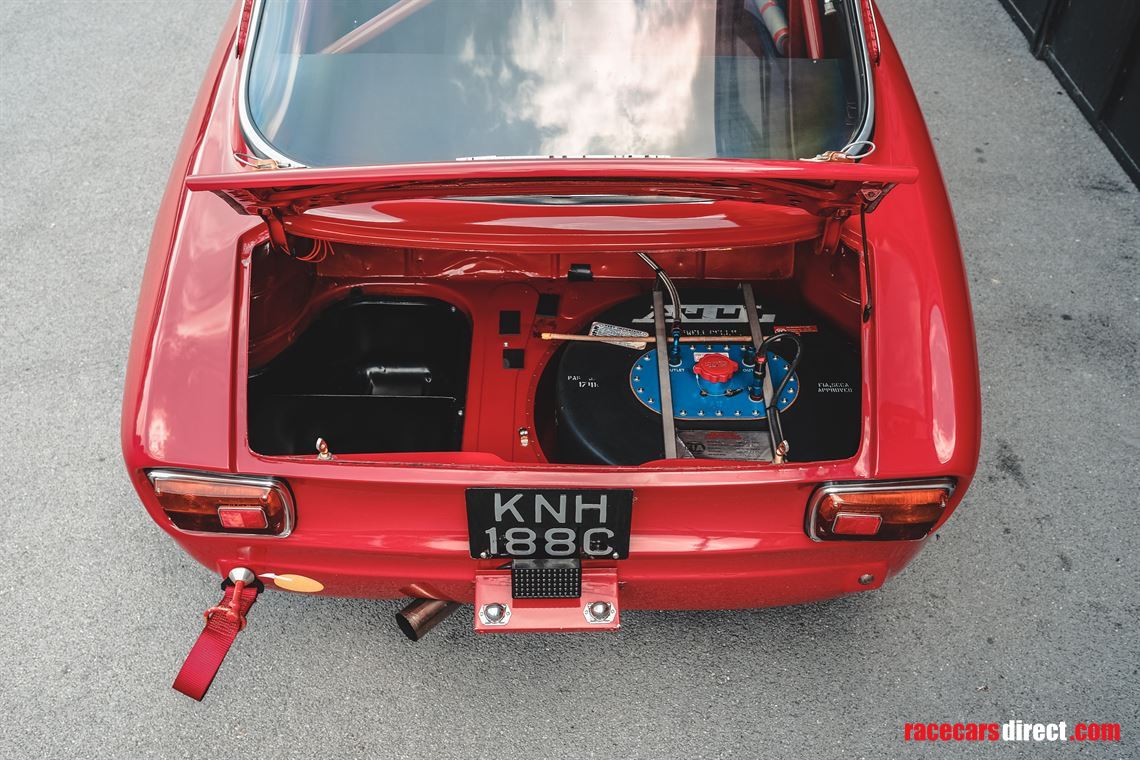 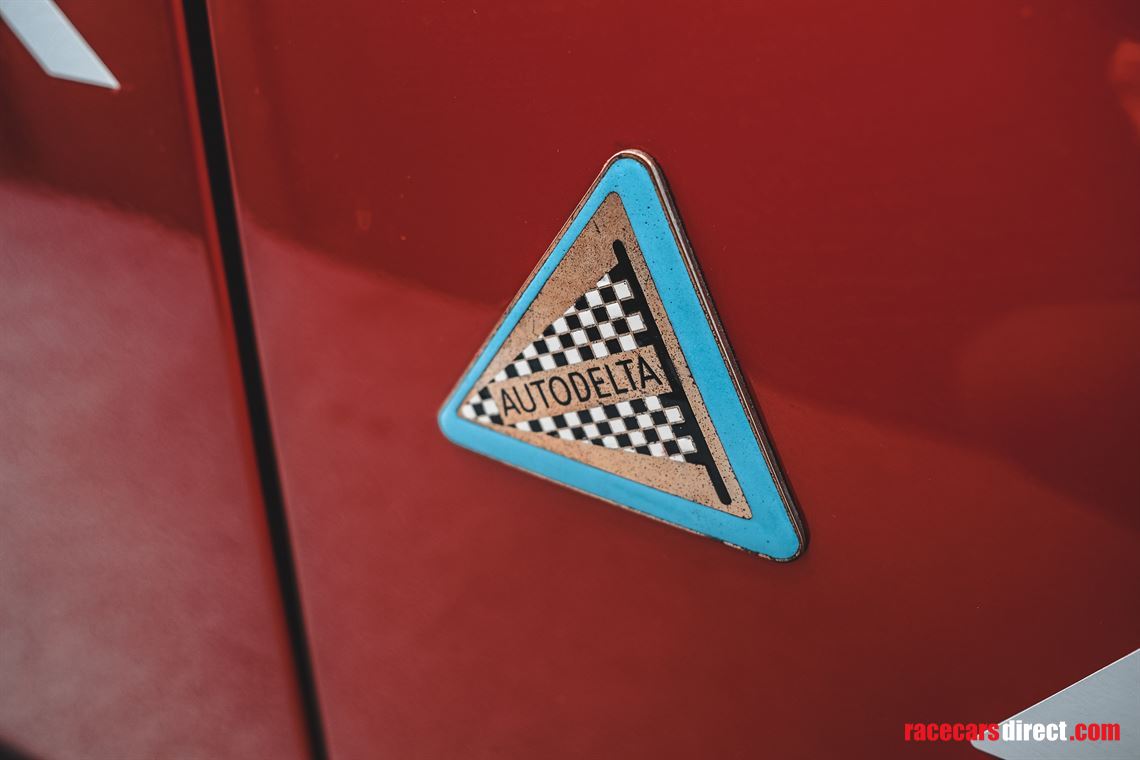 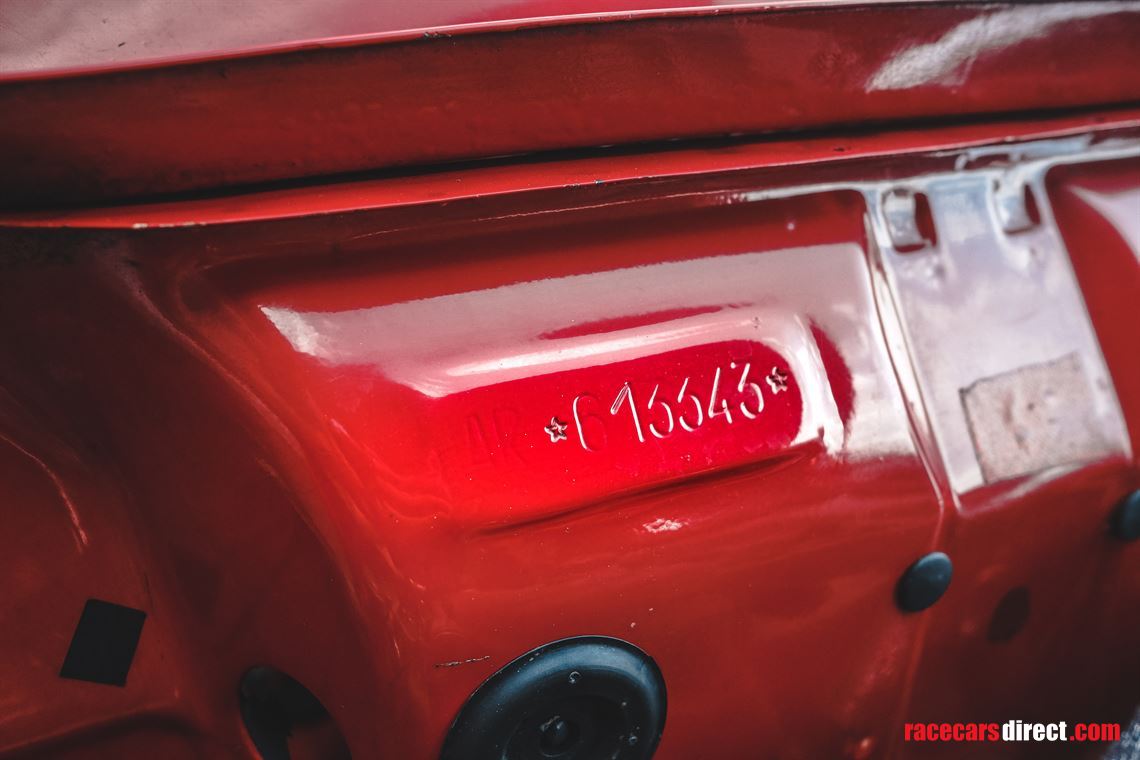 Alfa Romeo’s legendary GTA was based on their Giulia Coupé model, which was launched at the 1963 Frankfurt Motor Show to great acclaim. Styled by Giorgietto Giugiaro, its elegant lines and sporty stance proved an instant hit with Alfisti. Touring car racing at the time was tremendously popular but had been dominated by cars such as the Ford Lotus Cortina, Mini Cooper, and Jaguar Mk2. Alfa quickly recognised the Giulia GT’s racing potential, so tasked Autodelta, their competition arm, with developing a lightweight version to replace the Giulia Ti Super in the Group 2 class.

The new car was called the Giulia 1600 GTA with the A standing for ‘alleggerita’ which stood for ‘lightened’ in Italian. The GTA was so different to the GT that a run of 500 cars had to be built in order to meet the ETCC’s homologation requirements. The GTA was offered in both ‘Stradale’ and ‘Corsa’  versions, with the latter effectively being a stripped out car intended for competition. the GTA was nearly 275kg lighter in Corsa form with most steel body panels (except the load-bearing sills) being replaced with aluminium variants, whilst side windows were made from plexiglass and most of the sound-deadening was removed.

The GTA’s engine was a derivative of the Sprint Coupe's 1,570cc four cylinder unit, which featured twin-spark plugs per cylinder, bigger valves and breathed through two large Weber carburettors. The camshaft covers, oil sump and bell-housing were all swapped for magnesium versions. Whilst the Stradale engines made 115bhp, the Corsa units were tuned to give an impressive 170bhp and mated to a close-ration gearbox. Suspension was via double-wishbones at the front with a live axle and a coil over damper arrangement at the rear. The car rode on stunning 14-inch Campagnolo alloy wheels (magnesium for the Corsas), which further lowered the car's stance.

In the hands of works drivers like Andrea de Adamich, Toine Hezemans and Jochen Rindt, the featherweight GTAs dominated the ETCC. One of the most formidable results was Rindt's title winning effort in the inaugural American Trans-Am championship, beating larger V8 engined rivals. Indeed GTAs appeared in touring car championships and hillclimbs across the globe, plus famous road races such as the Tour de France Automobile and Tara Florio. The GTA is arguably one of the most iconic and sought after post-War Alfa Romeos.

​This stunning example, chassis 613343 was originally supplied to its first owner in Napoli on 27th August 1965 receiving the registration ‘NA 364937’. 613343 had several Neapolitan custodians between 1965-1970 when it was bought by Giovanni Tagliaferri who decided to campaign the car. Entered by Scuderia 33 Napoli  in 1970, Tagliaferri raced 613343 in the Trofeo Ludovico Scarfiotti on 31st May 1970 finishing 14th in class. Then on 14th July he competed in the Coppa Città di Potenza coming home 7th in class, before finally running in the Coppa Bruno Carotti on 4th August, resulting in a 6th in class (see page 139 of the Alleggerita book). Interestingly the car carried both STP and Gulf stickers, though it is unknown if this was sponsorship Tagliaferri enjoyed or for all competitors in one of its events.

613343 appears to have not been raced thereafter until the early 1990s when it was regularly entered in historic touring car races between 1988-2015 when owned at different stages by Rafaele Tampolli, Massimo Sordi,  Tommaso Gelmini and Michael Koel amongst others. The current owner has had the car maintained at no expense since acquiring it in 2014, only using it sparingly since an engine rebuild in late 2015. 613343 would make a wonderful addition to any collection, and will particularly appeal to collectors keen take advantage of its eligibility for a wide variety of events including Goodwood’s Revival and Members’ Meetings, Peter Auto’s Historic Touring Cup and Tour Auto, Motor Racing Legend’s U2TC, the Alfa Revival Cup plus events such as the Modena Cento Ore and Bernina Gran Turismo to name just a few!

Today it is one of the most sought after Alfa Romeos of all time!

New high quality DIGITAL pit to car radio system for one mechanic and one driver. Expandable.