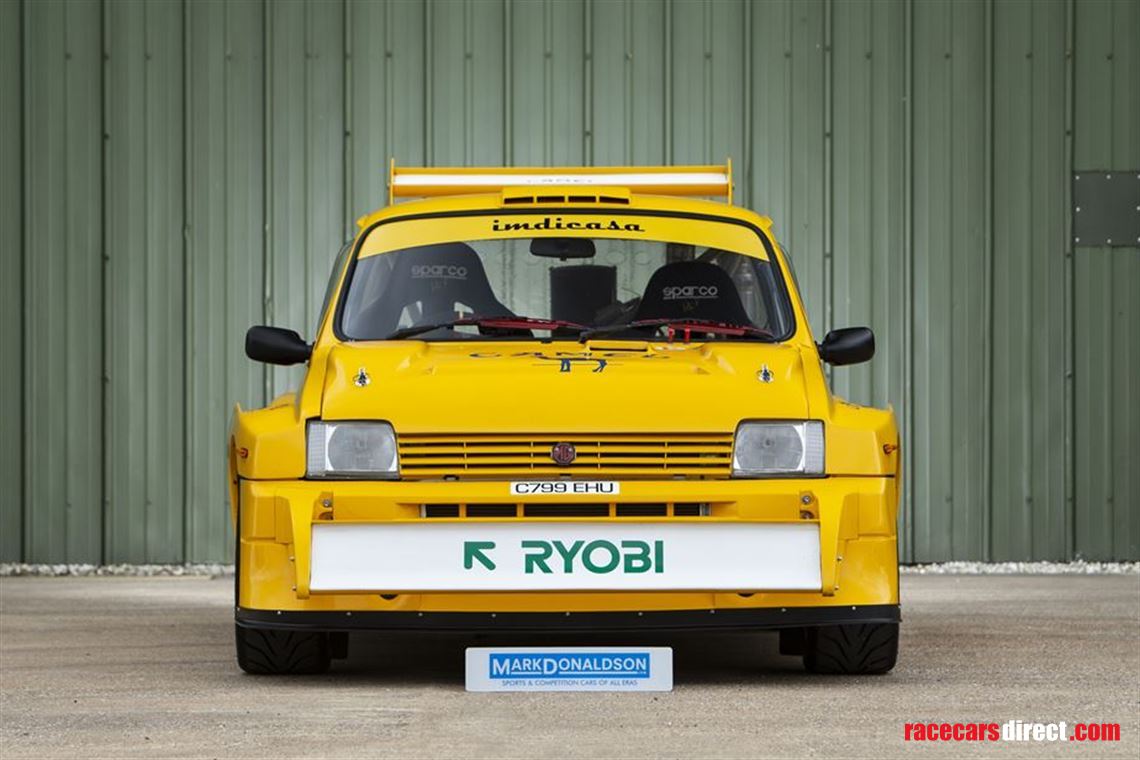 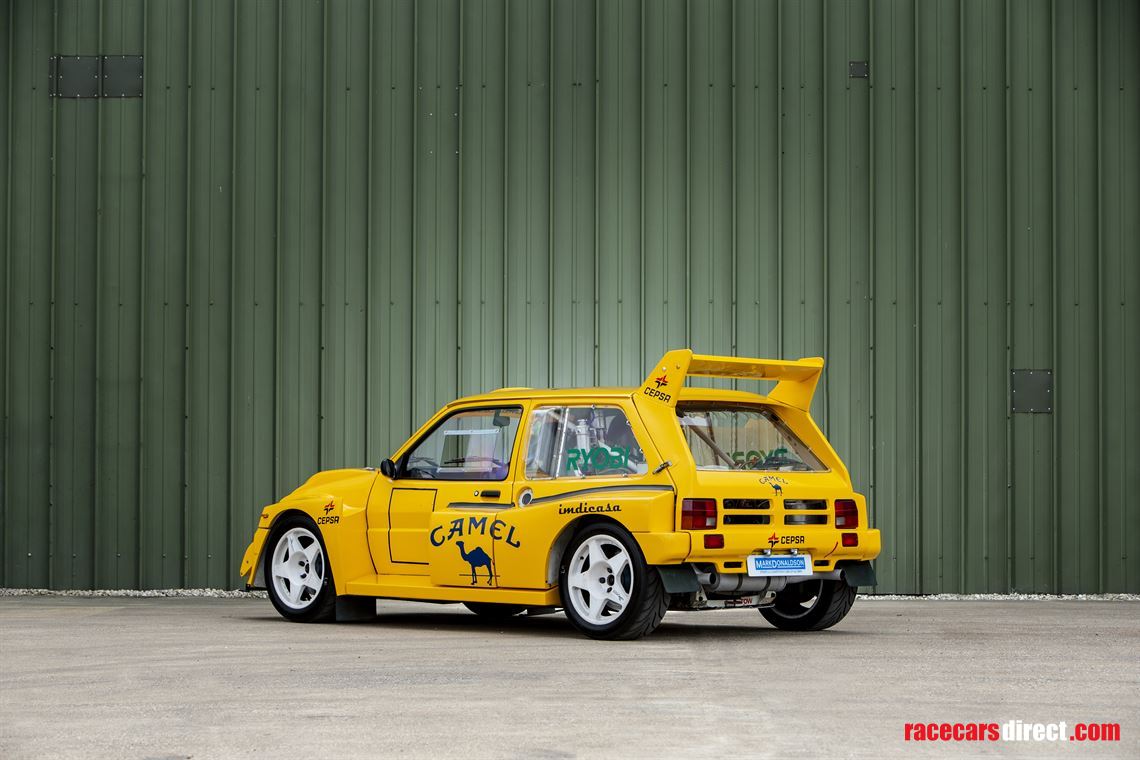 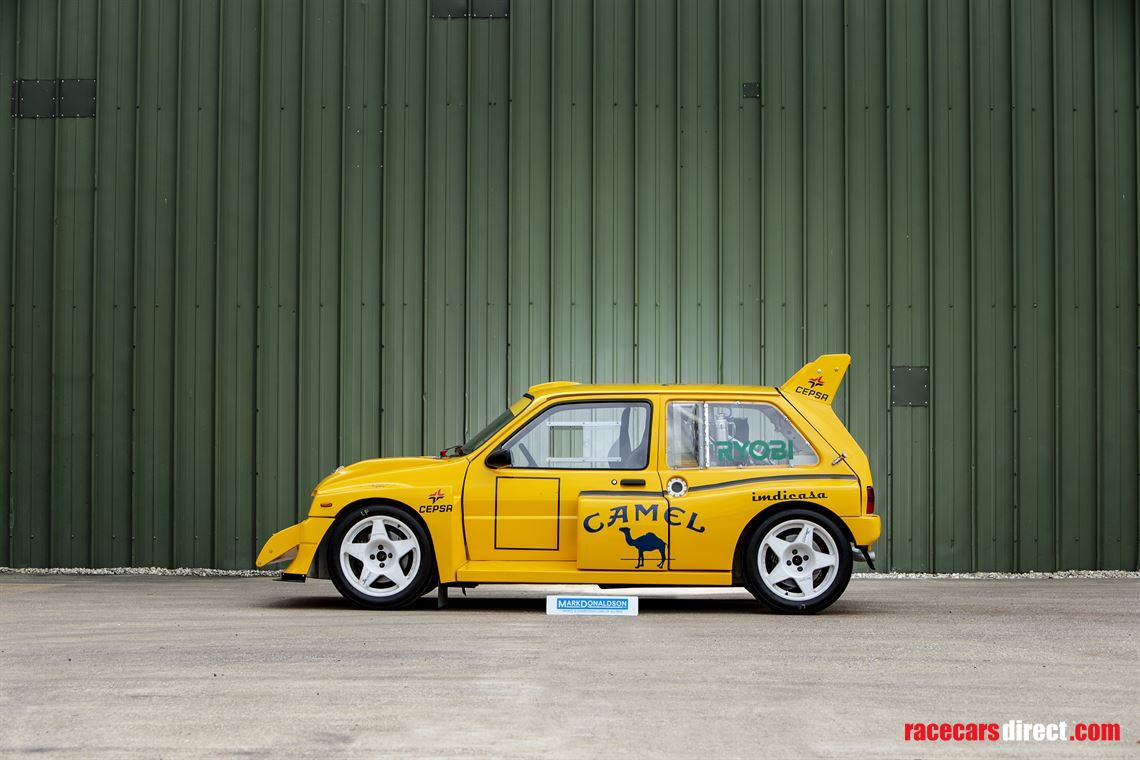 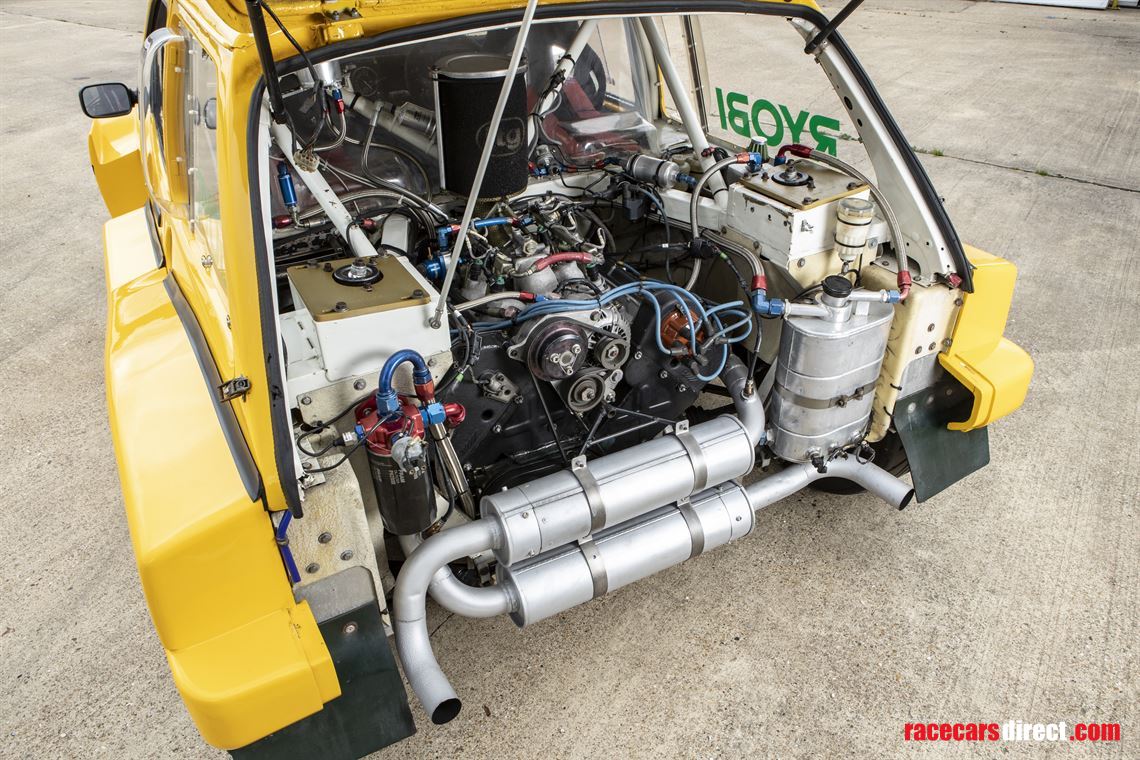 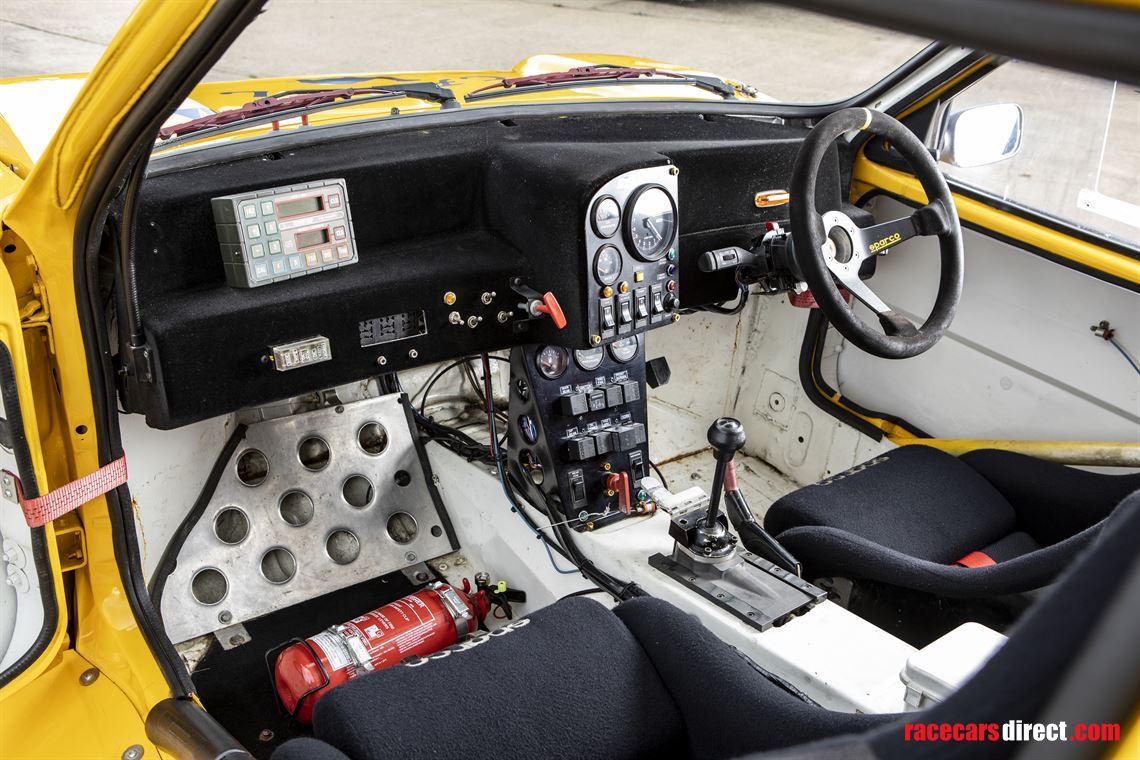 Group B was a change in regulations introduced in 1982 by the FIA for Sportscars and Rally cars which replaced Group 4 and Group 5. 200 cars were required for homologation plus 20 Evolution models but the new regulations had relatively few restrictions. Turbocharged engines, four-wheel drive and state of the art materials were all allowed which resulted in some of the most dynamic competition machines ever produced. Unfortunately, due to a succession of fatal accidents the decision to outlaw certain Group B cars was made in 1986 for the upcoming 1987 season yet the cars instantly acquired legendary status.

Led by John Davenport, the head of Austin Rover Motorsport, the MG Metro 6R4 was Austin Rover’s bid to win the World Rally Championship in the Group B category against the Audi Quattro Sport, Peugeot 205 T16, Lancia Delta S4 and Ford RS200.

The 6R4 was developed in collaboration with Patrick Head of Williams GP Engineering and with a chassis was a floorpan integrated with seam-welded tubular spaceframe. Four-wheel drive was permanently engaged, driving separate driveshafts to the front and rear differentials which were produced by four-wheel drive specialists, Ferguson.

The name 6R4 derived from 6 (cylinder) – Rear engine - Four-wheel-drive. The engine was loosely based on the Rover/Buick V8 concept but with two cylinders omitted. The unit was a mid-mounted 2991cc, V6 with twin overhead camshafts and four valves per cylinder. With Dave Wood from Cosworth heavily involved in the design, it could be described as a 6-cylinder DFV! Adversely, it was naturally aspirated whereas the other top-flight competition all employed smaller engines with forced induction.

Customer cars arrived in ‘kit’ form for assembly and approximately 200 road-going Clubman versions were built up. These had a 250 BHP motor and single-throttle injection system. The 6R4 had a promising start in top level competition with Tony Pond finishing in third place in the Lombard Rally in November 1985. However, halfway through the 1986 season the decision was made to outlaw certain Group B cars so the 6R4 lost its chance to really shine within the WRC. It could be argued though that the success the 6R4 latterly achieved in National Championships and Rallycross could actually make it the winningest of all the 4WD Group B cars produced.

The car we offer for sale is one of the circa 200 homologation examples and is prepared to Clubman Rally specification. Boasting a 2.8 Litre V64V fed by a single plenum and ‘reliability kit’, this is now operated via a modern MoTec M600 ECU mated to an enhanced loom to ensure optimum, safe running. Engine-mounted power steering is fitted along with high mounted reservoirs for PAS fluid and coolant and an oil cooler fan is fitted (switchable from the cockpit). Notably it had a new fuel cell fitted in 2018 and the accompanying certificate validates this (in competition) until June 2023 (at which point the validity could be extended by 2 years following inspection). For ease of operation it is fitted with a synchromesh gearbox and a hinged 1st/ reverse gear lockout ensures those gears won’t be accidentally selected in the heat of competition.

The bodyshell has been strengthened with crossbars between the front turrets and door bars have been fitted to comply with MSA regulations, indeed the doors are steel skinned albeit with Perspex windows and sliders. To the underside there are front and rear skid plates, suspension and ride height are lowered to suit tarmac events and 17 inch Compomotive wheels adorn each corner. Inside the cockpit the dash has been flocked and the dials rearranged to suit driver preference, Sparco seats and belts work nicely, there is a Terratrip tripmeter, Peltor intercom and the plumbed extinguisher system is accompanied by hand-helds for both driver/ co-driver.

The history file includes a 2003-issued MSA Competition Log Book which coincides with various outings in the car by Angus Manson during 2003 and 2004 including rounds of the MSA Tarmac Championship. Bills on file from 2009 onwards are predominantly from 6R4.com and indeed Dr Rowlance and his team have just completed a vast array of works totalling over £20,000 which included an engine rebuild completed in May 2019. As such the car is on the button, having not competed for some years the safety equipment will need replacement (per regulations) but otherwise it should prove to be an exhilarating car either in competition or even for use on the road.

The sound and sensation of a genuine Metro 6R4 really is something to behold and this does not disappoint, priced realistically it awaits it’s next custodian and is welcome to any inspection. 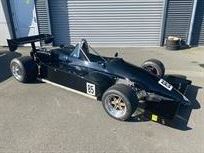