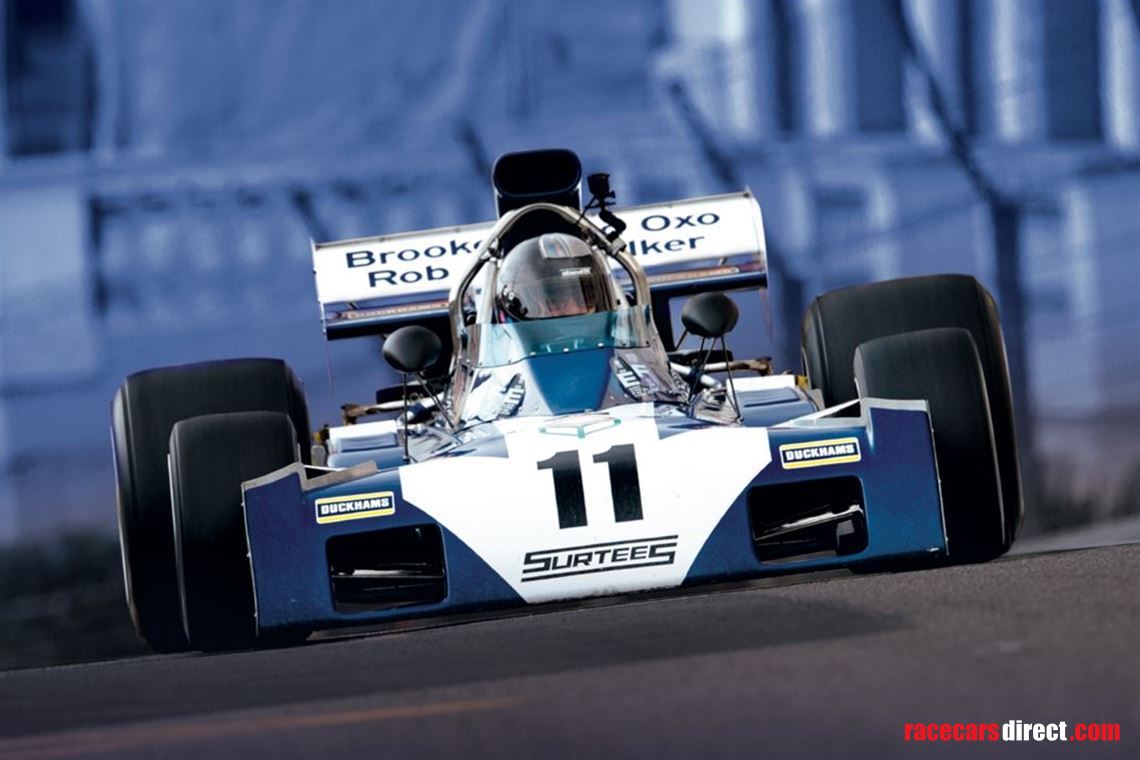 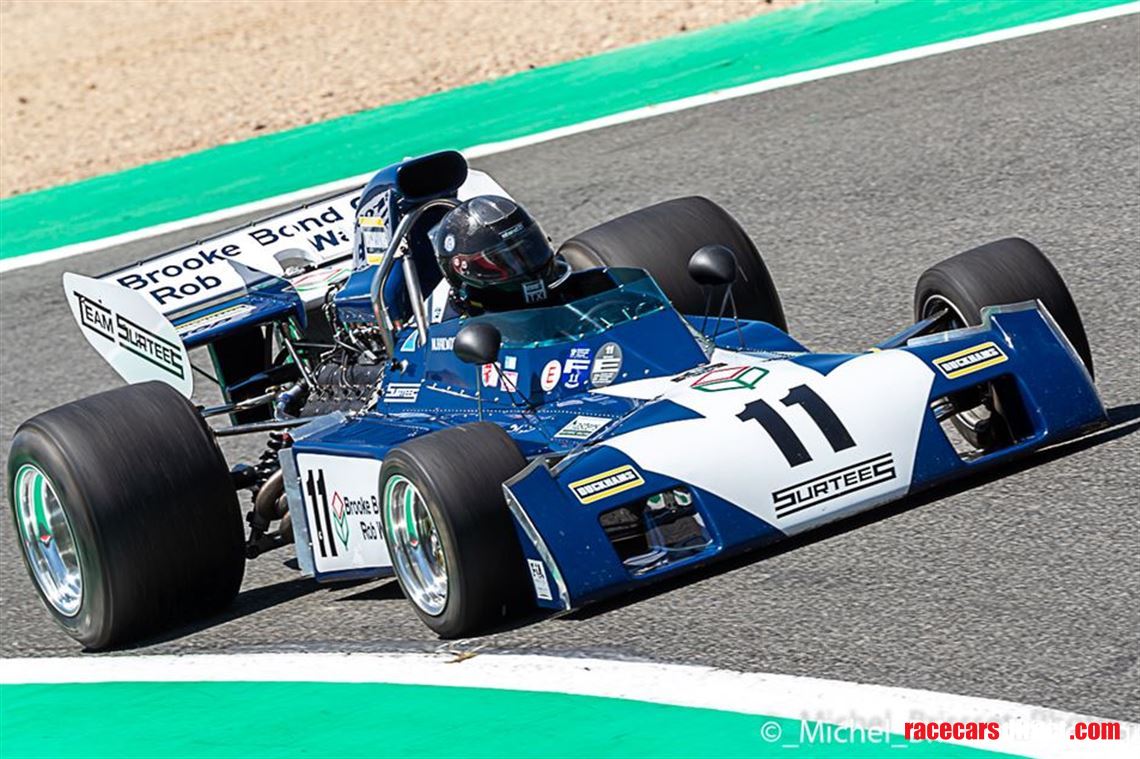 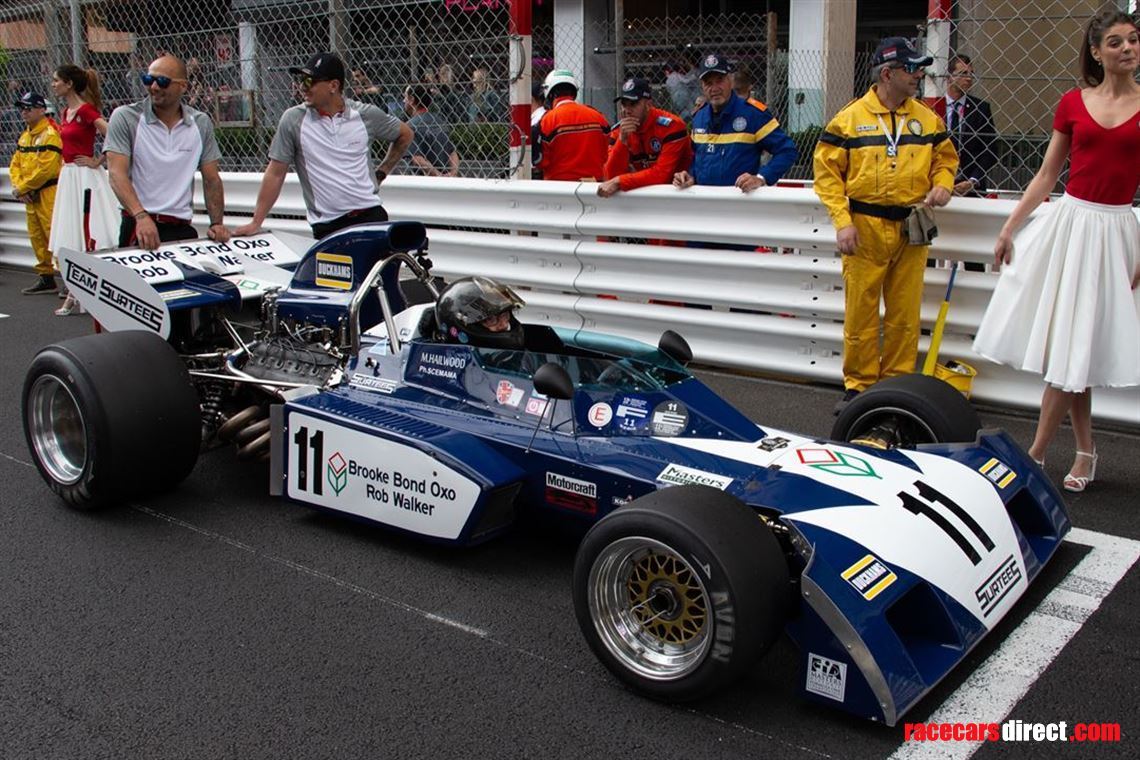 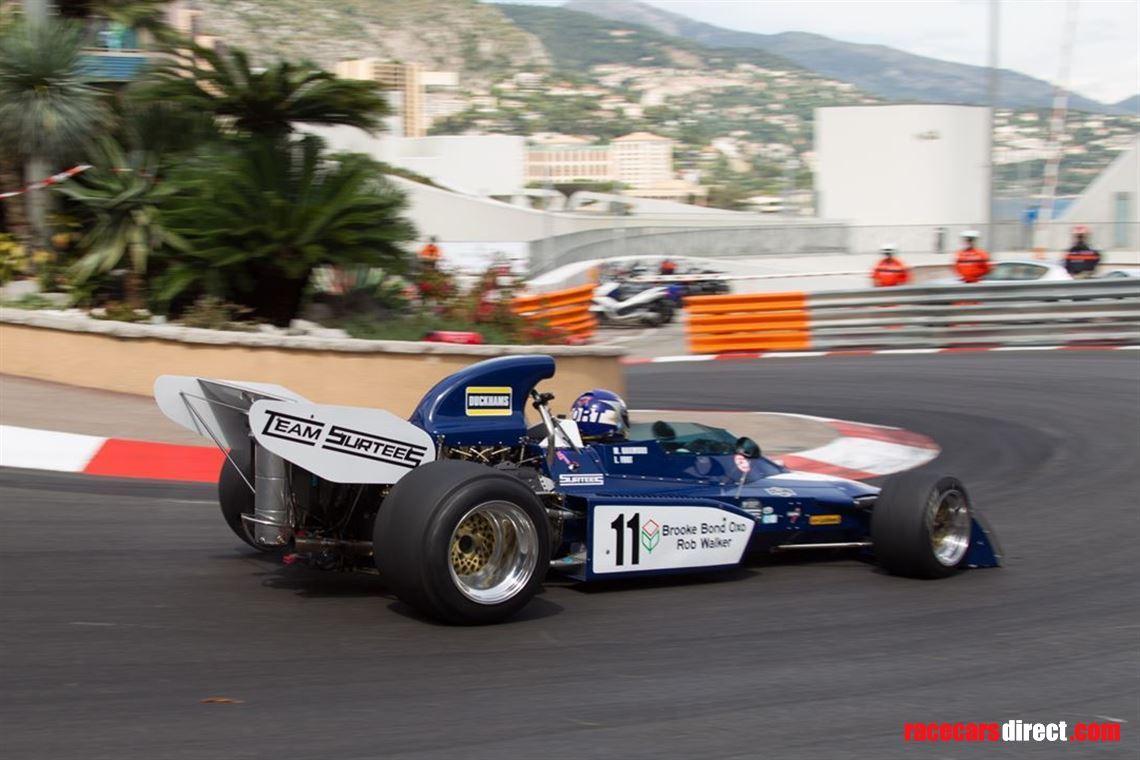 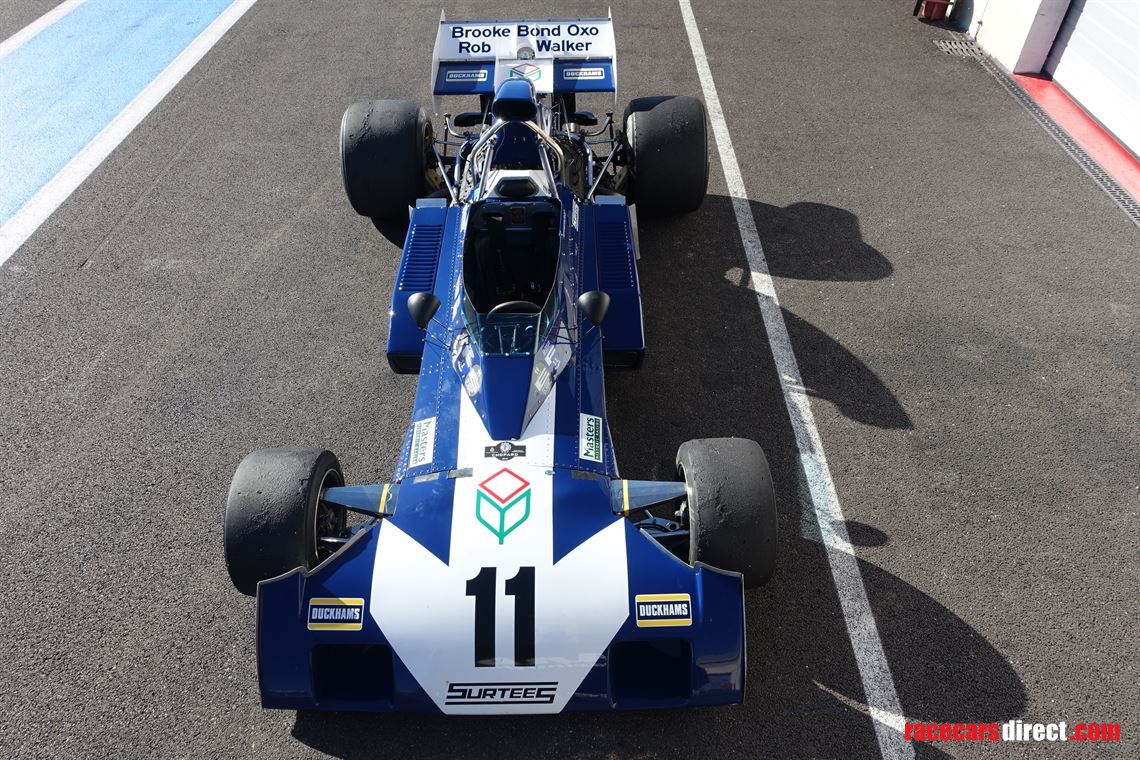 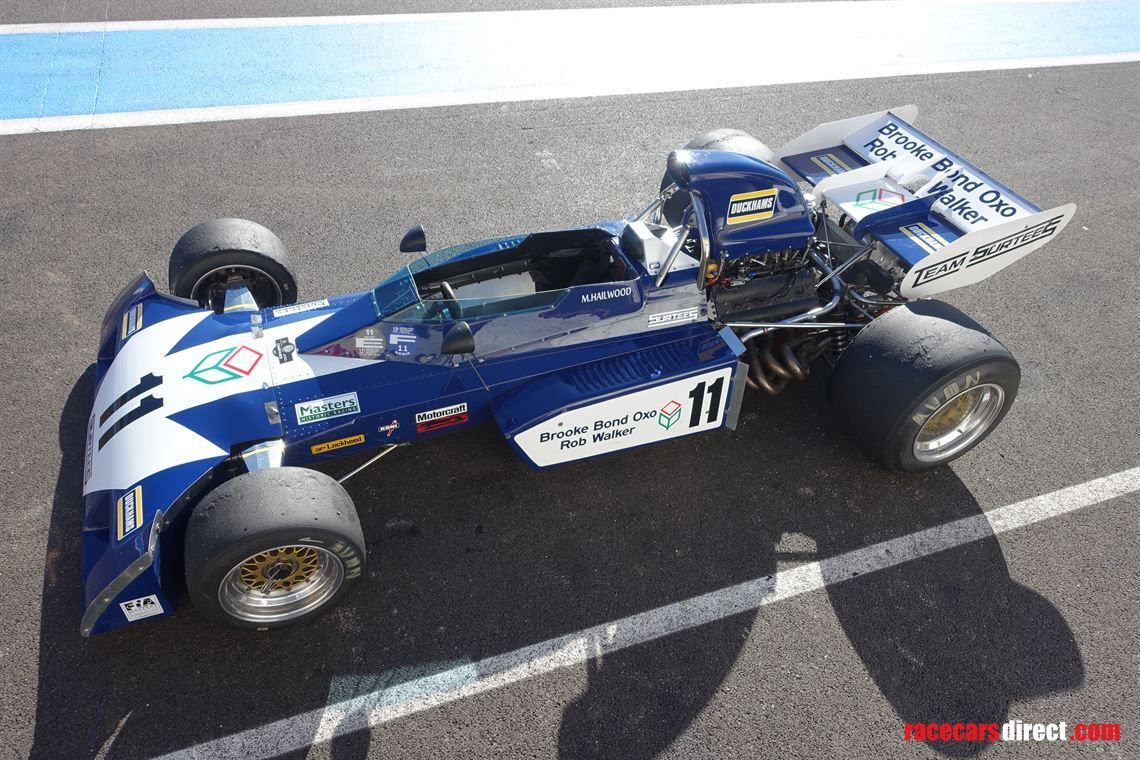 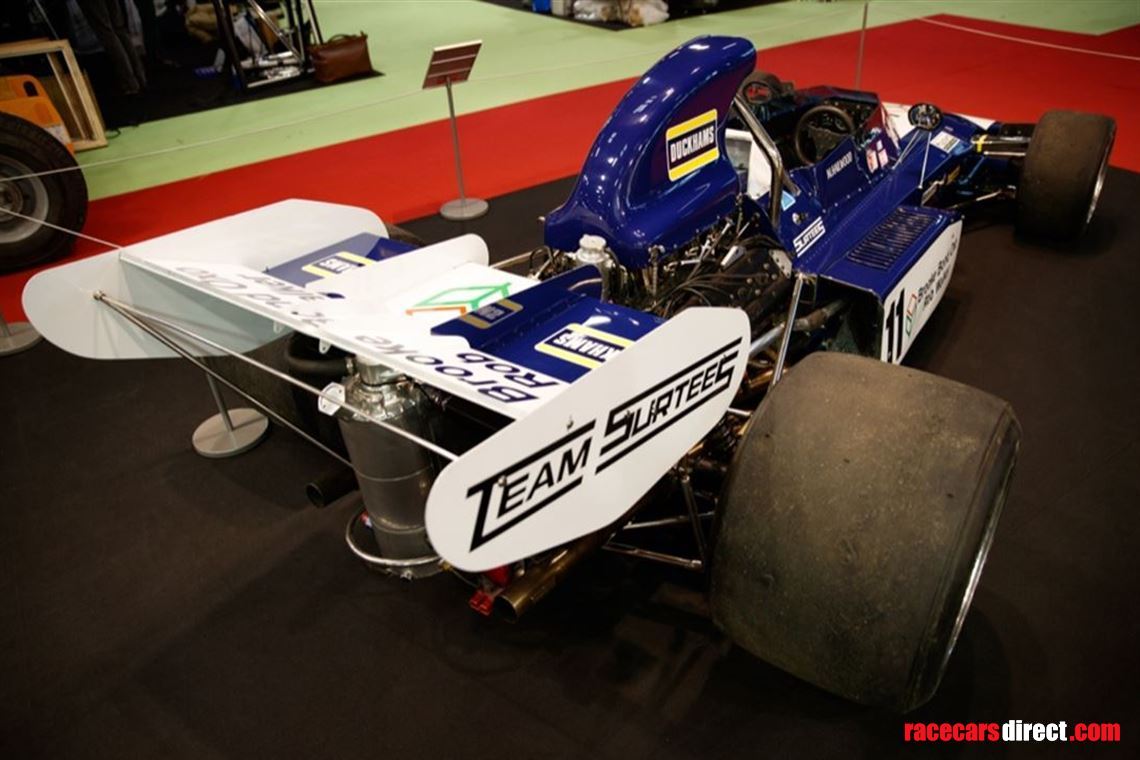 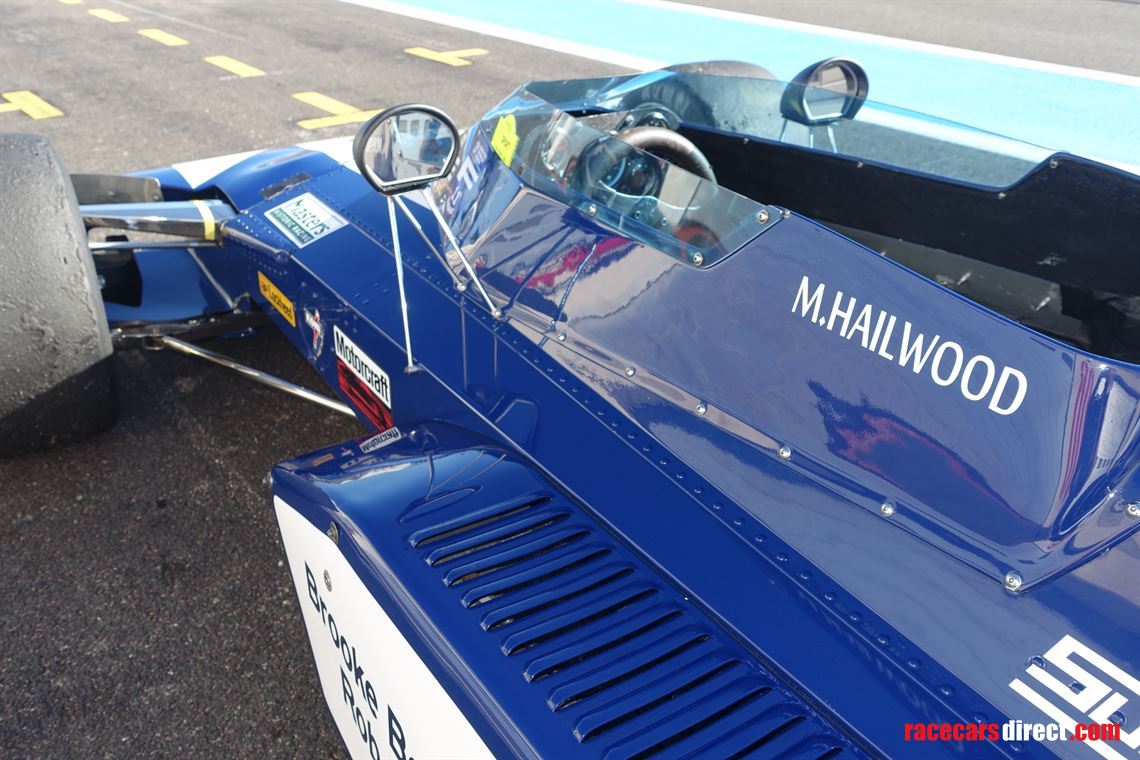 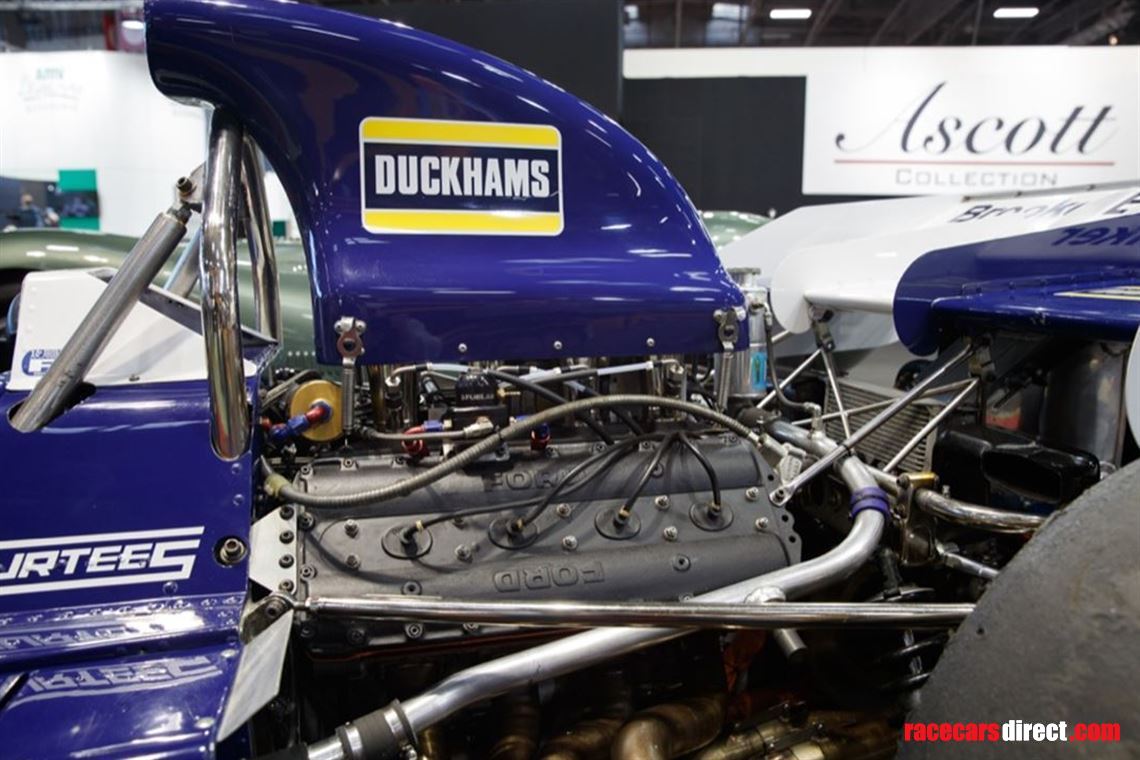 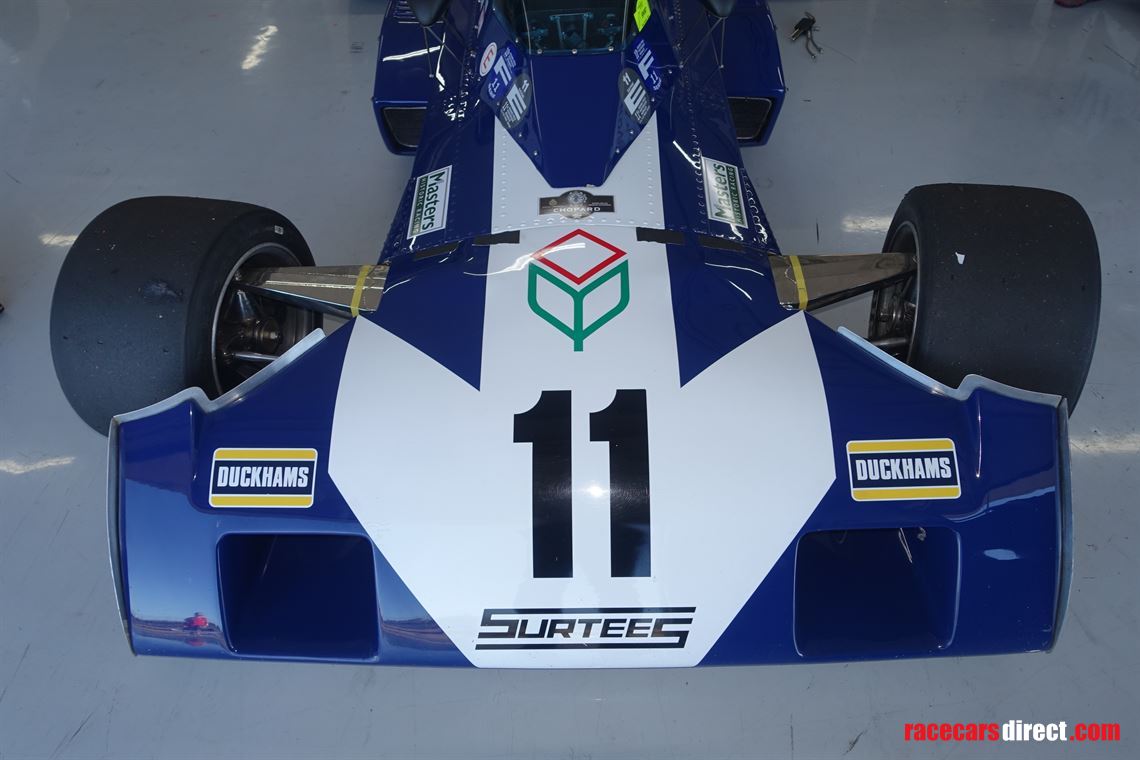 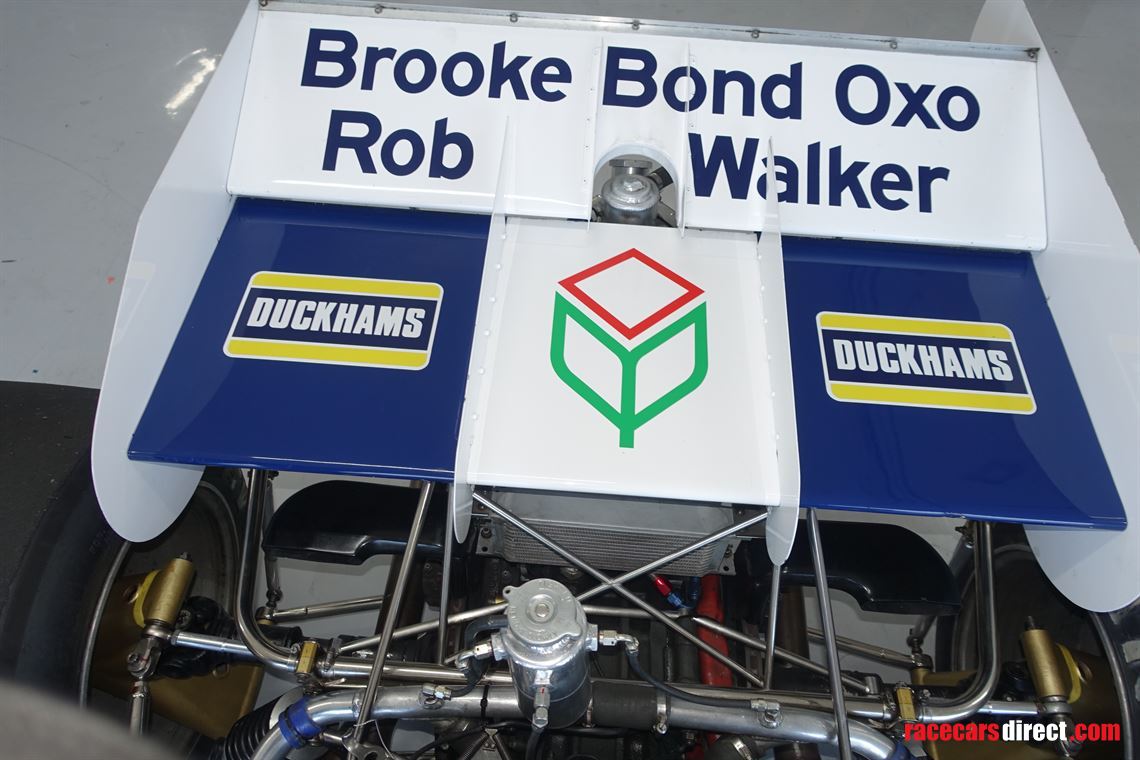 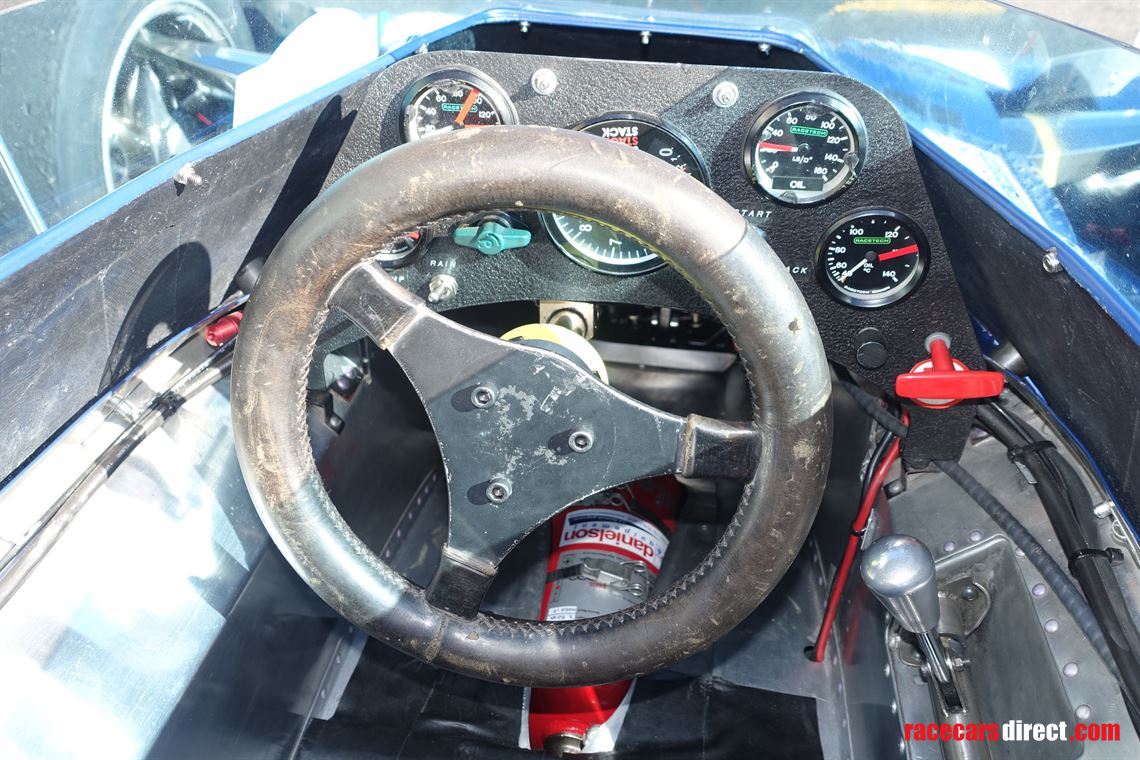 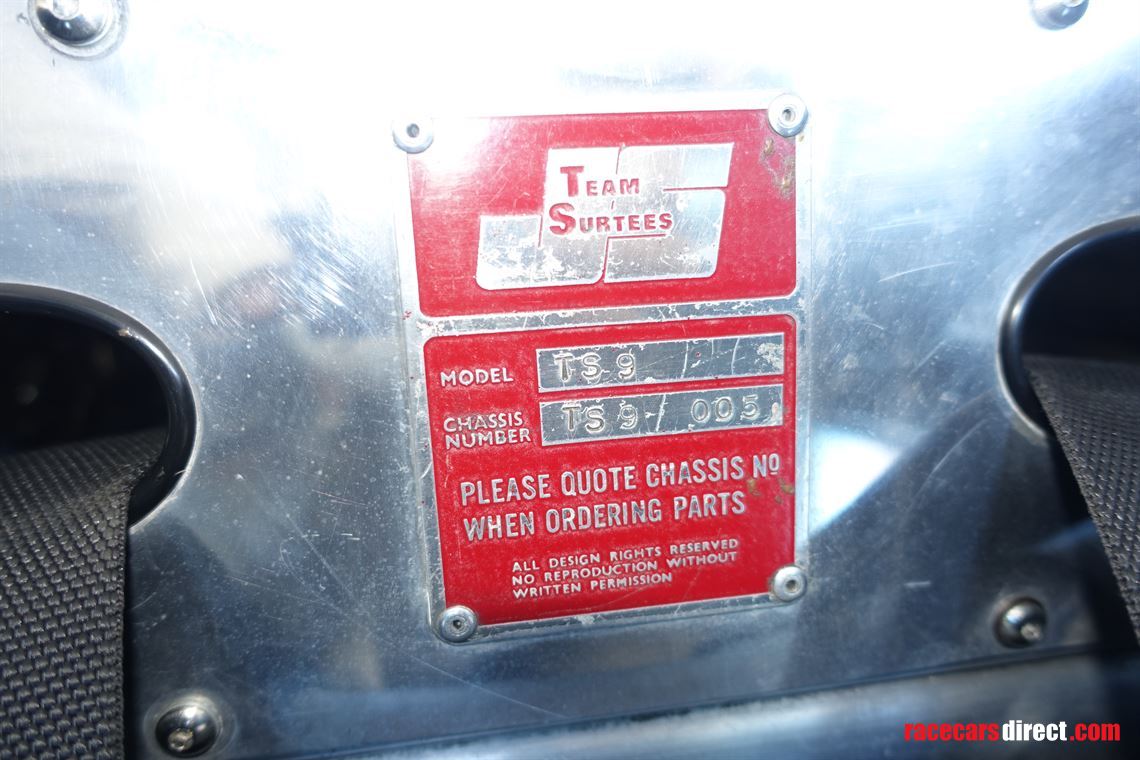 John Surtees, already a seven-time motorcycle World Champion in the 350cc and 500cc classes, became the only man to win world titles both on two and four wheels when he won the 1964 Formula 1 World Championship. He secured that drivers' title after an epic three-way title decider in Mexico City that was reminiscent of a far-fetched Hollywood script.

For John Surtees, the satisfaction of becoming the first World Champion on both two and four wheels was only mitigated by the fact that he had clinched all his bike titles with race victories. Though he would win three more Formula One championship races, there were no more driving titles in his future. To some degree he was a victim of circumstances, though his feisty personality and fierce independence were also factors.

He developed a reputation for being argumentative and cantankerous. Certainly, he said what he thought and did not suffer fools gladly. While most drivers left their aggression in the cockpit, Surtees seemed to keep his 'race face' on, which could be intimidating.

In 1965, when Ferrari's Formula One cars were less competitive, Surtees ran his own Lola sportscar in the lucrative North American Can-Am series. In one of those races, late in the season at Mosport in Canada, his Lola suffered a suspension failure and crashed heavily, leaving Surtees with multiple injuries. Over the winter he forced himself back to fitness and in the Belgian Grand Prix at Spa he stormed through pouring rain to score one of his most impressive victories. And yet this proved to be his last race for Ferrari. Ever since 1963 Surtees had been at odds with team manager Eugenio Dragoni. At the Le Mans 24 hour race their feud boiled over and Surtees stalked off never to return. Eventually, he agreed with Enzo Ferrari that their split was a disastrous mistake for both parties.
Surtees finished 1966 with Cooper, for whom he won the season finale in Mexico, then spent two years leading Honda's new Formula One team. He helped develop the Japanese cars and was rewarded with a satisfying win in Ferrari's home race, the 1967 Italian Grand Prix at Monza, though Honda left Formula One racing a year later. After a frustrating 1969 season with BRM Surtees decided to follow the lead of Jack Brabham and Bruce McLaren and form his own team.

John Surtees' retirement from racing enabled him to fully concentrate on the management side of his F1 team. But before hanging up gloves and helmet, John Surtees started up his own new creation, the TS7 in 1970.

​The Surtees TS9
The TS9 Surtees was designed by John Surtees and Peter Connew and was the Formula 1 car of his own design that produced the best results for the English driver / constructor. Production of the TS9, that later evolved into the TS9B, was limited to six cars in all, and raced in 1971, 1972 and 1973. Of the six cars, #TS9-05 was no doubt the most remarkable one of them all.

1971 saw the first track appearance of the Surtees TS9, fitted with a Cosworth DFV V8 engine, at the South African Grand Prix held in March at Kyalami.

Chassis #TS9-005 began its racing career slightly later, at the Italian Grand Prix, on 5th September 1971, in the Monza temple of speed. The owner-pilot was confident, as his team had just won the Oulton Park non-championship race, the Gold Cup. Unfortunately, on its first appearance, the #TS9-005 retired with engine failure.

Just over a month later, John Surtees was at the wheel again, this time on the other side of the globe. The car raced at Watkins Glen, finishing in 17th place while, ahead of him, François Cevert chalked up his first F1 win in a Tyrrell-Cosworth.

In 1972, the TS9 was developed to become the TS9B. John Surtees handed the wheel over to two new recruits, Tim Schenken, and Andrea de Adamich. The pair was joined for a number of races by Mike Hailwood, who had already driven in Formula 1 in 1963, 1964 and 1965 for the Reg Parnell Racing team with Lotus, and on two occasions for Surtees in 1971.

​Mike Hailwood was already a legend in motorbike racing. Having been motorcycling World Champion nine times between 1961 and 1967, Hailwood was attempting to shine in F1 as John Surtees did, with the latter still being the only one to have won both the motorcycling and the F1 World Championships. 1972 (with the #TS9-005 chassis) turned out to be his best attempt in his quest to conquer the summit of single-seater racing. He earned 13 points from 10 races for a very respectable 8th place finish, in the year that Emerson Fittipaldi won the title.

But let's come back to the story of our car. Hailwood was entrusted with the wheel of the #TS9-05 for the whole of the 1972 season. He was forced to retire in South Africa. He signed the fastest lap in the race though, and was jousting with Jackie Stewart for the lead when a bolt came off his rear suspension ...

After this initial retirement, Hailwood secured a second place at Brands Hatch in the "Race of Champions", which unfortunately did not count for the World Championship.

The car’s European campaign had its highlights, but several retirements meant that the TS9B #TS9-05’s career was not regular enough. Mike Hailwood was forced to retire in Spain, Monaco, England and Germany. But in between, he shone with a fourth-place finish at the Belgian Grand Prix, a sixth place at the French Grand Prix, and another fourth place in Austria.

The car’s European campaign had its highlights, but several retirements meant that the TS9B #TS9-05’s career was not regular enough. Mike Hailwood was forced to retire in Spain, Monaco, England and Germany. But in between, he shone with a fourth-place finish at the Belgian Grand Prix, a sixth place at the French Grand Prix, and another fourth place in Austria.

But the highlight of the season came at Monza. On September 10, 1972, Mike Hailwood finished second!

On a Monza circuit incorporating two chicanes for the first time, the Briton climbed up into the top 10 in the official practice sessions. In the race itself, Hailwood took advantage of the battle up ahead for the top places. Clay Regazzoni was forced to retire after making contact with another car, while at the green light Jackie Stewart had a transmission problem and failed to even get off the starting grid!

Hailwood took full advantage of these mishaps and enjoyed the luxury of overtaking Mario Andretti and his Ferrari 312B2. The end of the race was highly eventful though: while he was at the top of the rankings, Hailwood had to contend with an air filter coming off the car! He couldn’t keep up the pace. At the same time, Chris Amon’s brakes went up in smoke, and Jacky Ickx’s engine gave up the ghost. Hailwood managed to cross the line in second place, the best result in the whole of the Surtees team’s history.

The #TS9-005 was entered on only one occasion in 1973, for the Interlagos race, with the local driver Luiz Pereira Bueno at the wheel. Incidentally, this was to be the latter’s only Formula 1 race-start.

With its race record spanning three seasons, the TS9 / TS9B was the key car in the history of the Surtees team.

Only four owners since day one

In 1999, #TS9-005 has been bought by John Bladon from John Surtees. It was then restored and brought back to perfect racing condition by Terry van der Zee and entered at historic meetings by John Bladon. In 2004, Laurent Fort acquired the famous Surtees and entered it several time in the Grand Prix de Monaco Historique where it as always bee an front runner. In 2014, the current owner bought #TS9-005 and entered it twice in the pretigious Monaco race.

The #TS9-05 has been entered no less than five times in the prestigious grid 1966-1972 of the Grand Prix de Monaco Historique, where it has always been a front-runner finishing always in the first places.

The #TS9-05 Ascott Collection is pride to offer for sale here is the most distinguished car of them all, with the most remarkable track record, having been driven by John Surtees himself, and having won that famous second place at Monza. That is why John Surtees held on to it until ... 1999!

​The car comes with 2 sets of spare wheels, body parts, gearbox parts and 2 inches high of historic documents.
#TS9-005 offers a rare opportunity to own a car built and driven by John Surtees, and to participate to the prestigious Grand Prix de Monaco Historique grid 1966-1972.

A restored Jamun T3 in excellent condition, complete and ready to go