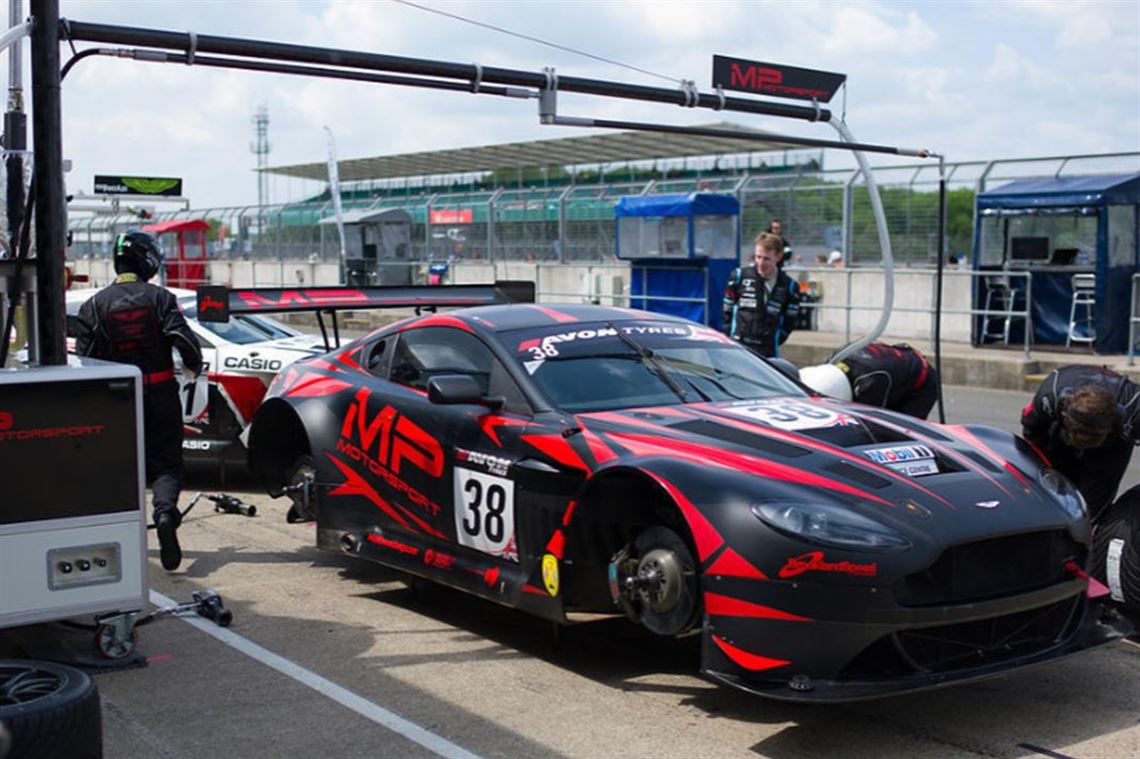 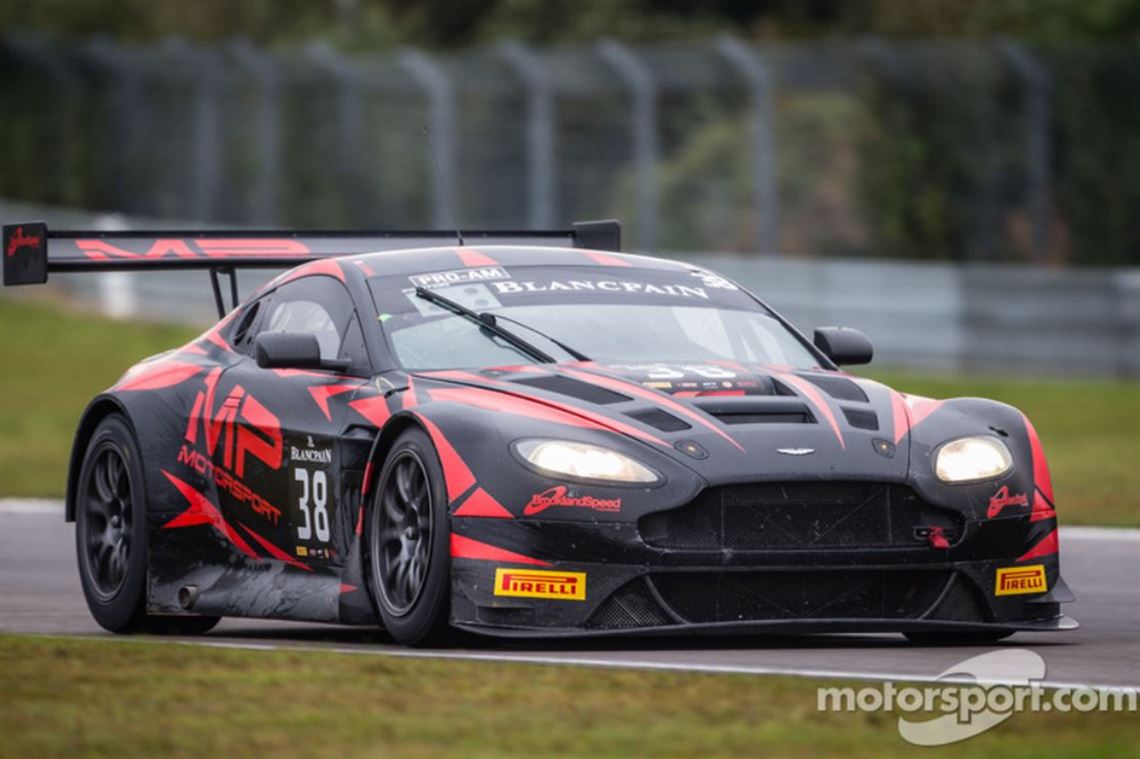 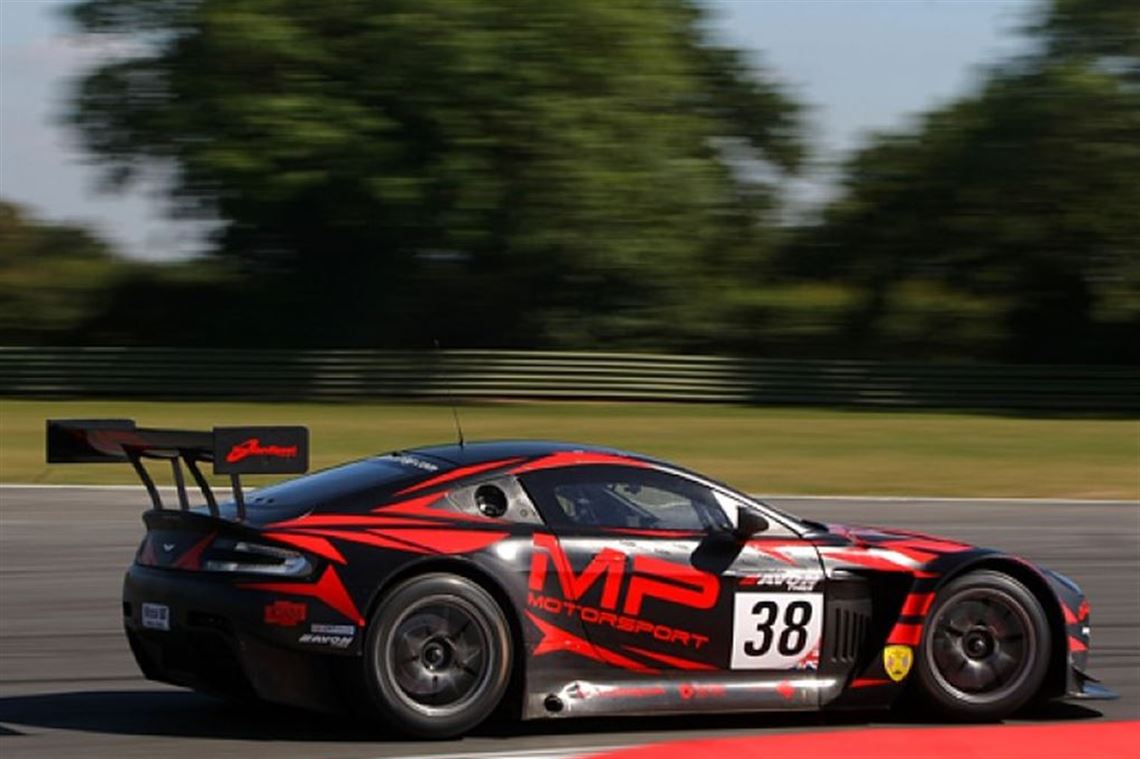 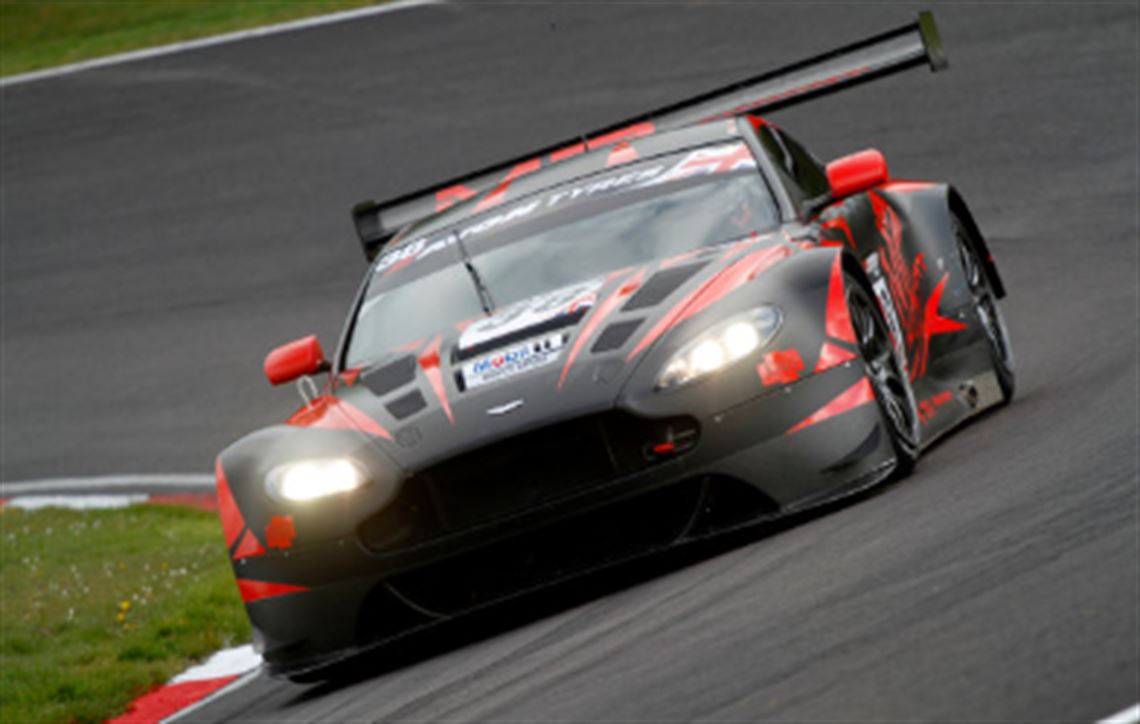 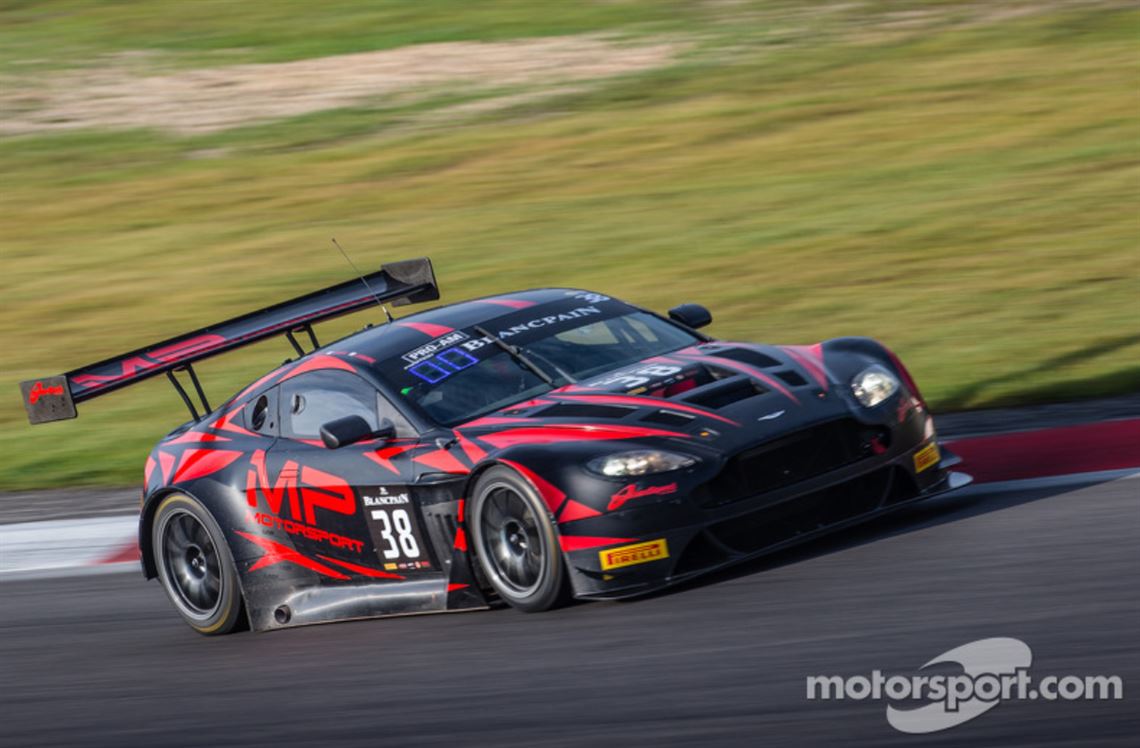 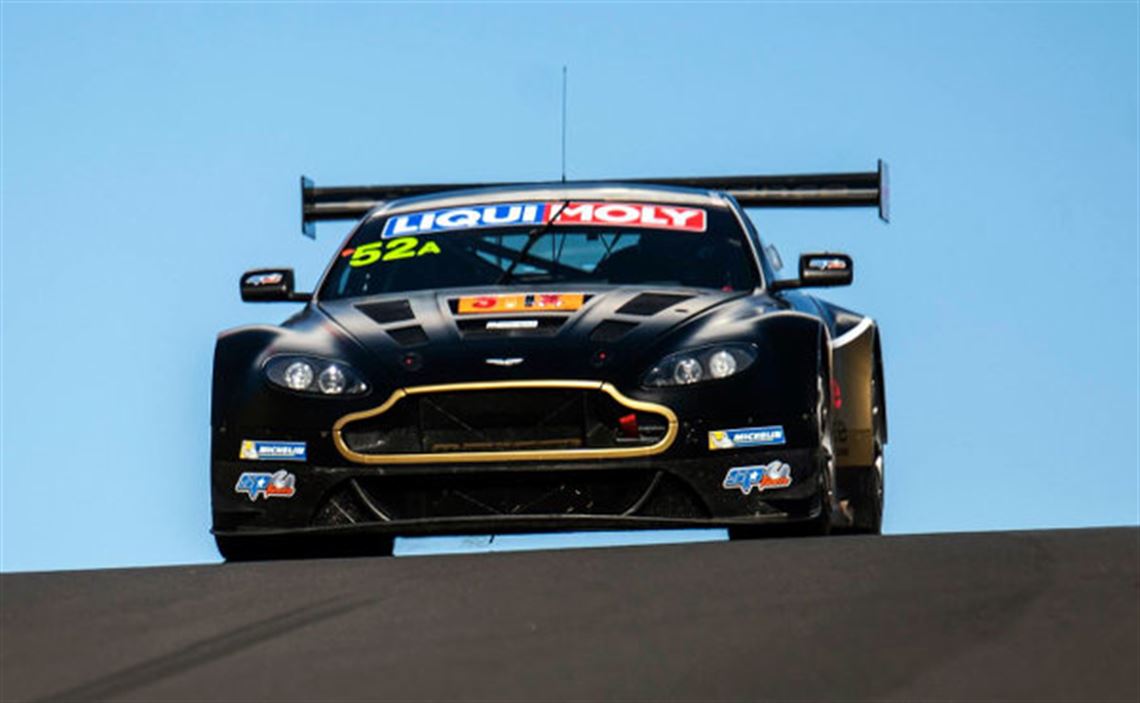 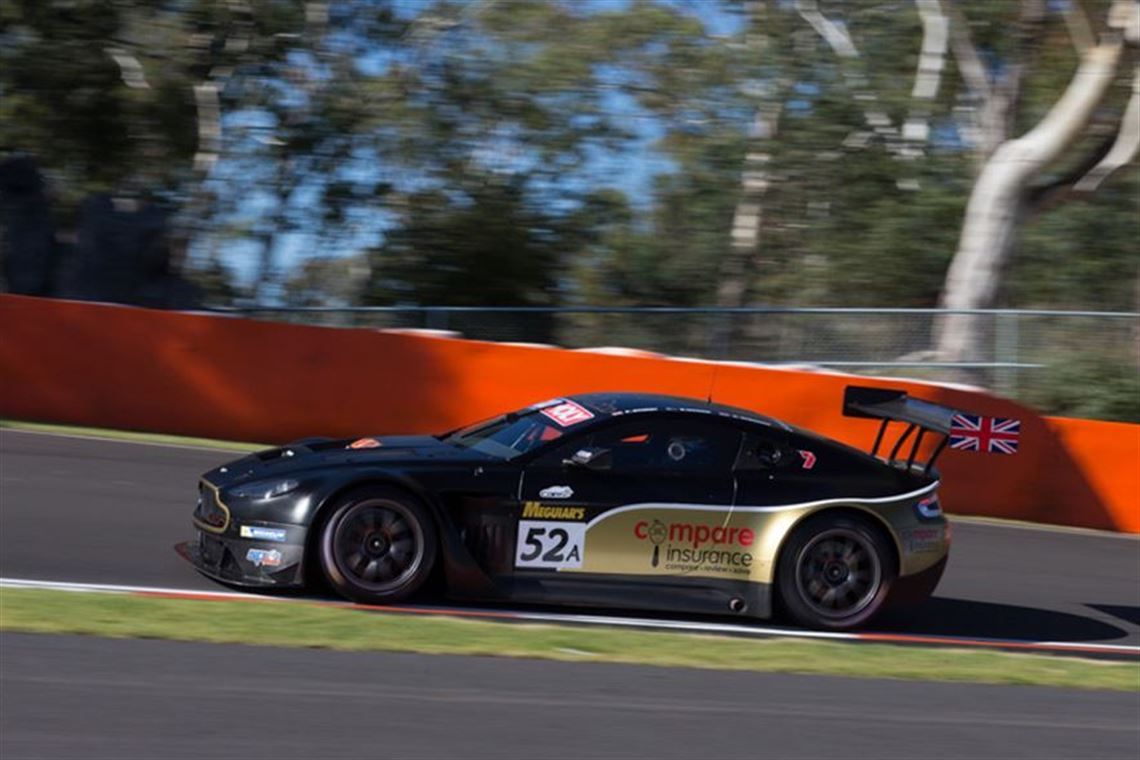 Raced by MP Motorsport in 2014 the car was campaigned in various Blancpain and British GT events.  The highlight of the season coming in the Spa 24 hours where the regular MP Motorsport drivers were joined by Aston Martin stalwart Darren Turner.   The quartet finished as top Aston Martin bringing the Pro-Am car home an impressive 10th overall.

Following the completion of the 2014 season chassis 024 made the long trip to Australia for the prestigious 2015 Bathurst 12 hours.  In what was the car’s last competitive outing to date the driver line up who brought the car through to complete the Mount Panorama challenge included triple BTCC champion Gordon Shedden.

Since 2015 the car has been a part of a well-maintained collection of Aston Martin Vantage V12 GT3’s and is now the last one made available for sale.  The car features a well-documented history and is presented for sale in its notable matt black and red MP Motorsport livery.

Chassis 024 has had a recent gearbox inspection; has approx. 2,500 km remaining in engine life and comes for sale inclusive of two spare sets of wheels and a PC preprogramed with car specific software.

A wide range of options remain for competing the car including the following:

The car is located 10 minutes from Frankfurt Airport.

If you are looking for something special to stand out, this one if for you! 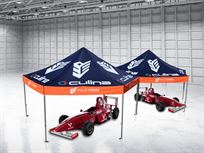