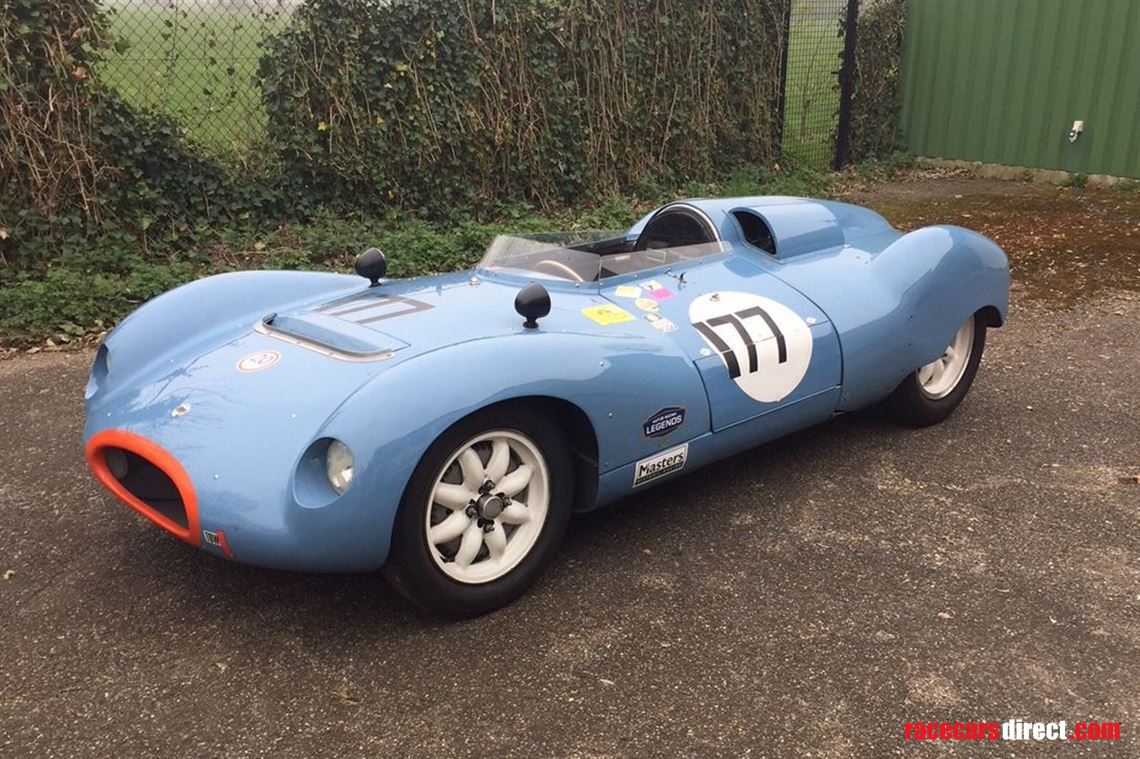 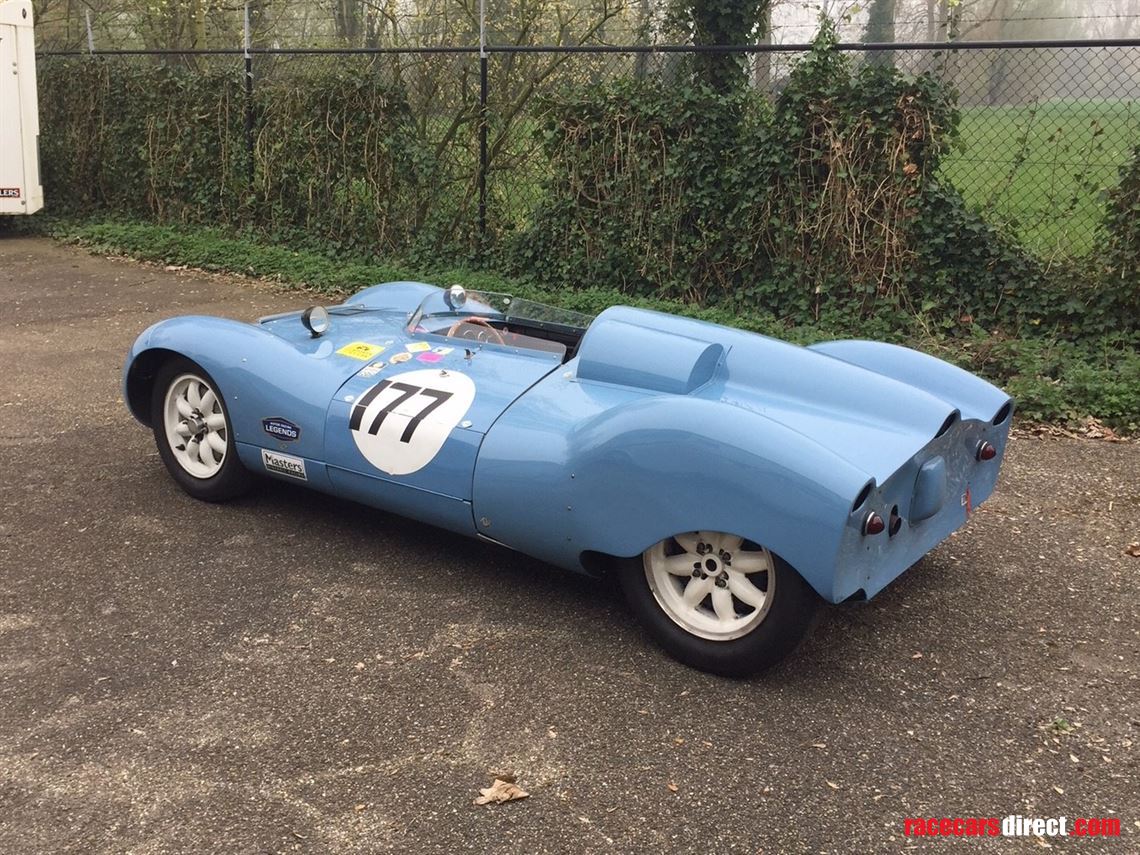 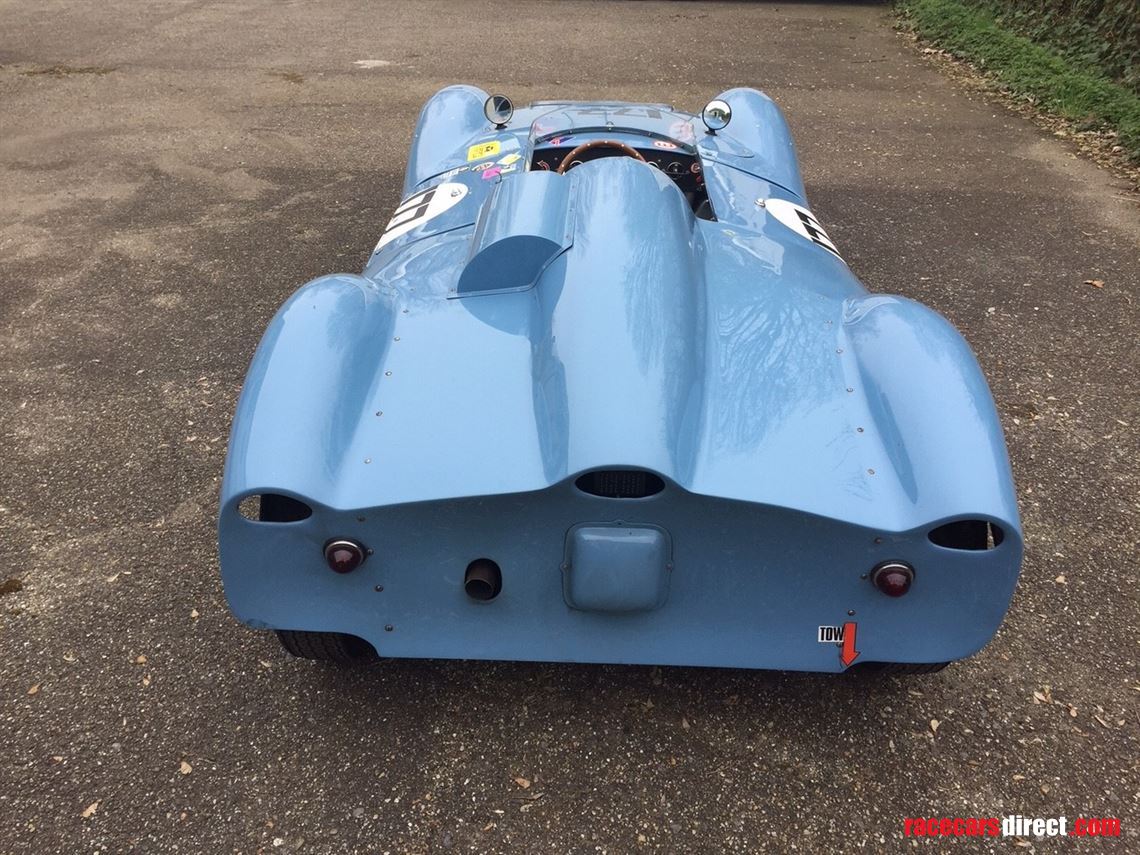 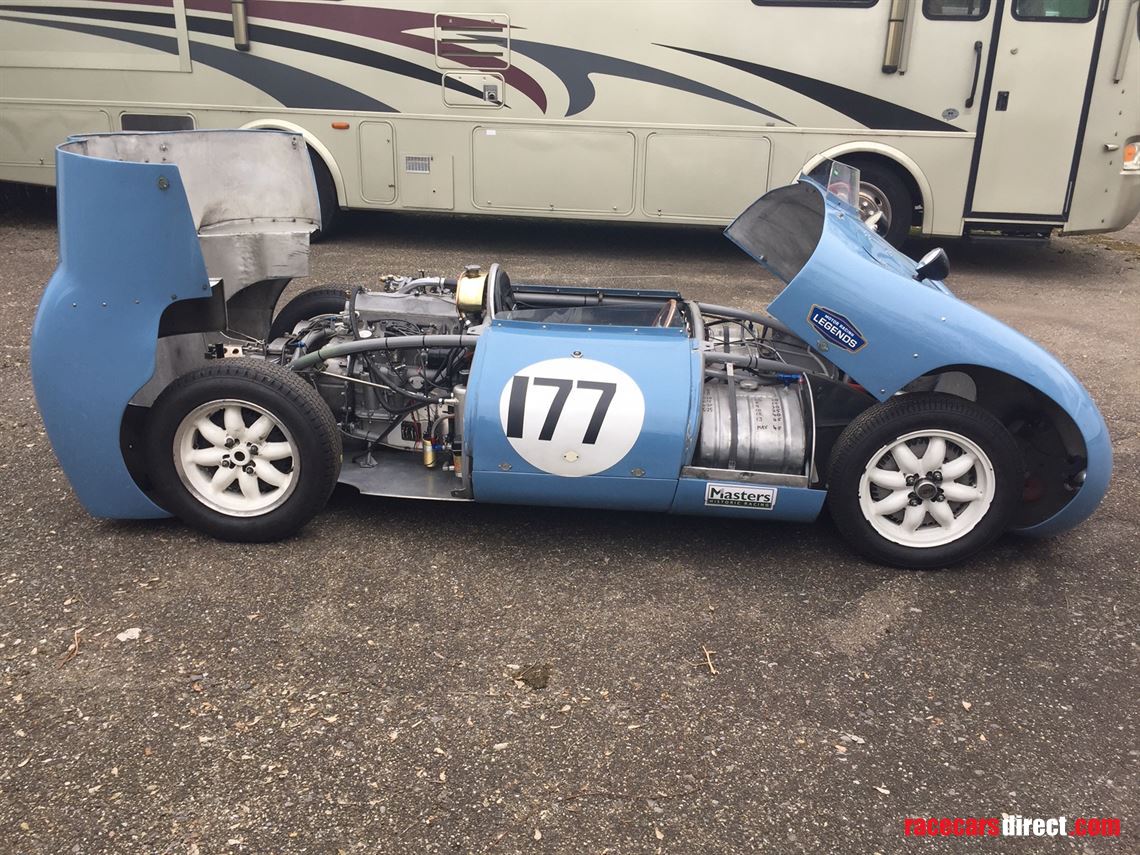 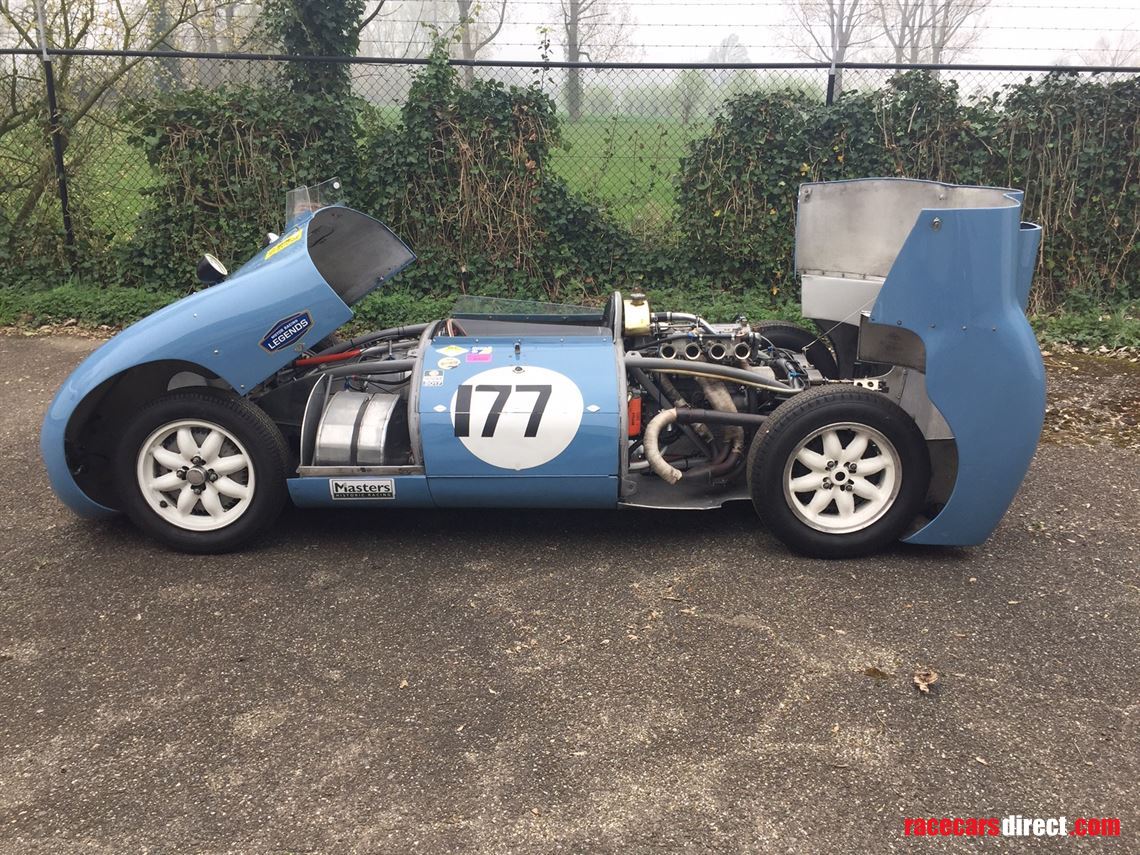 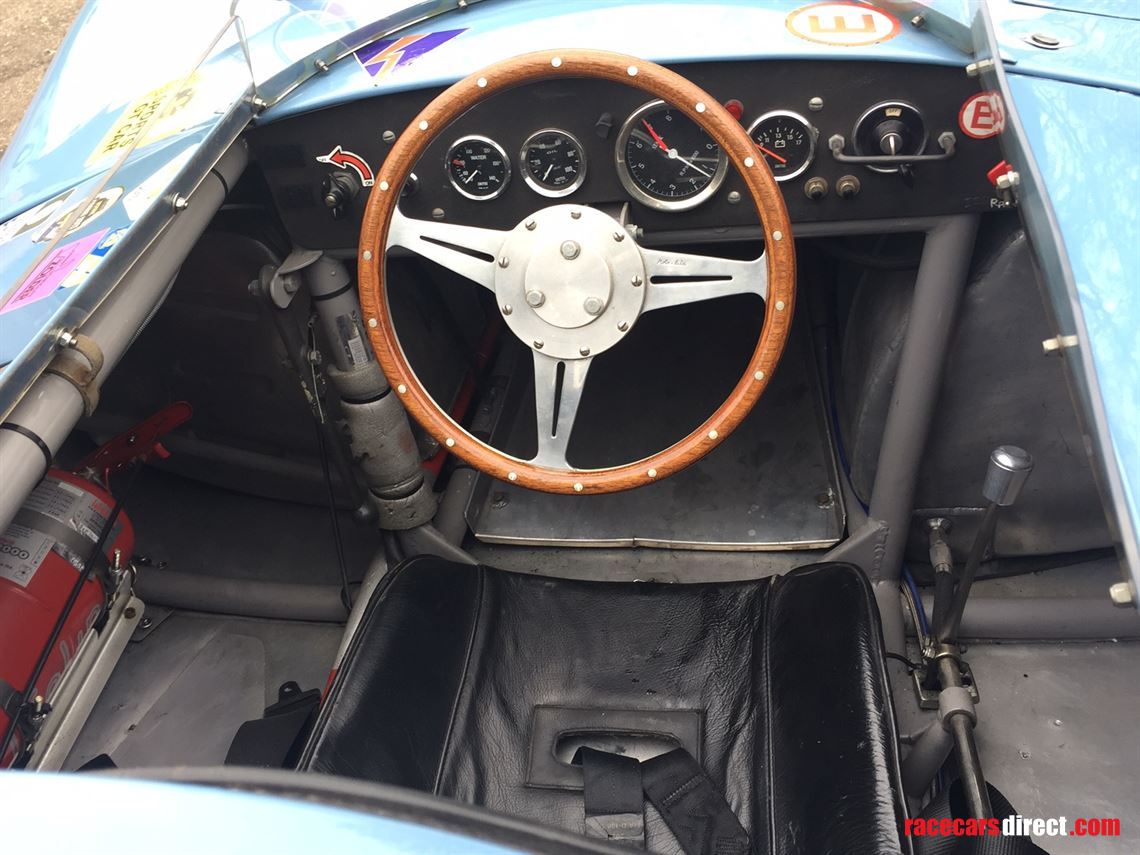 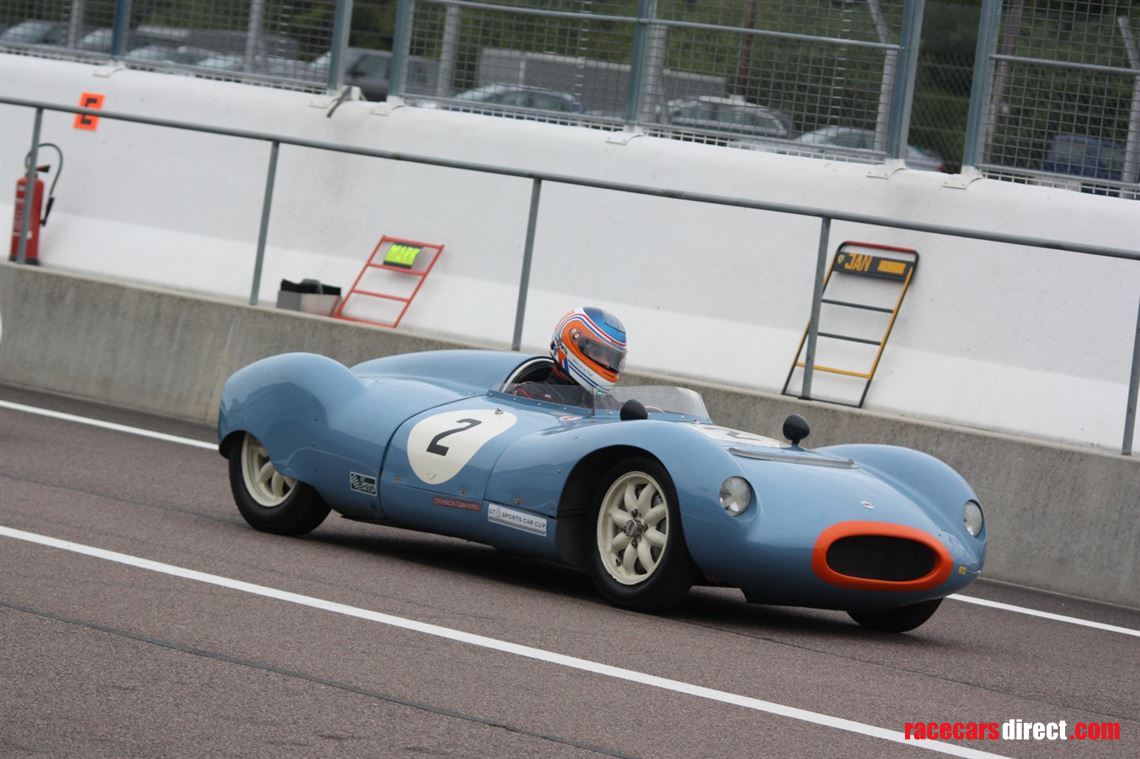 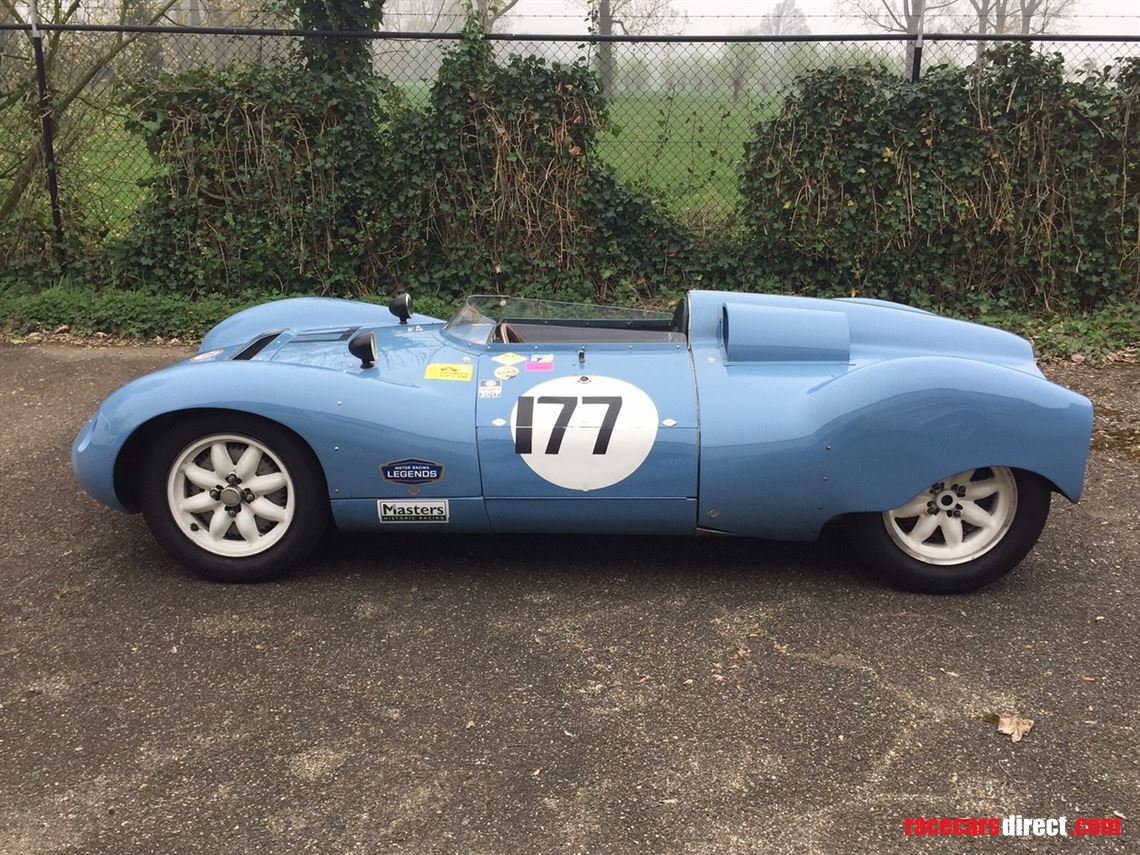 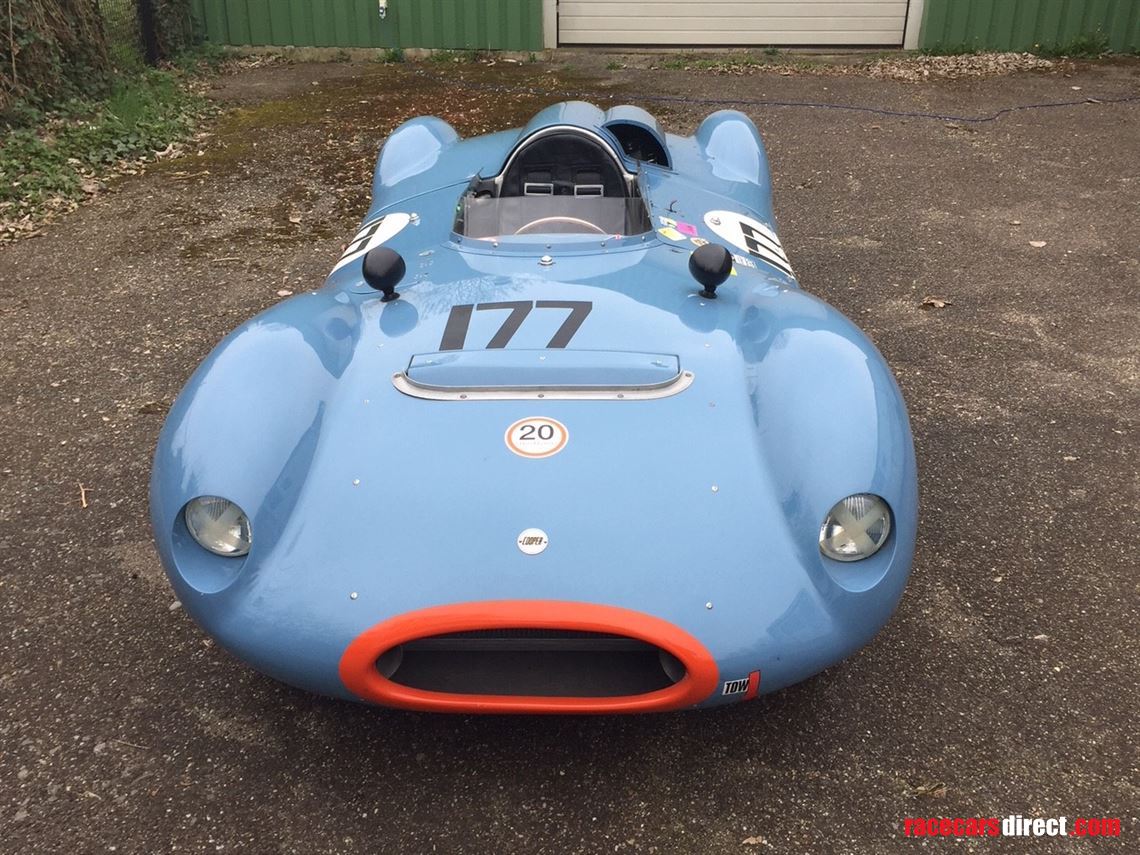 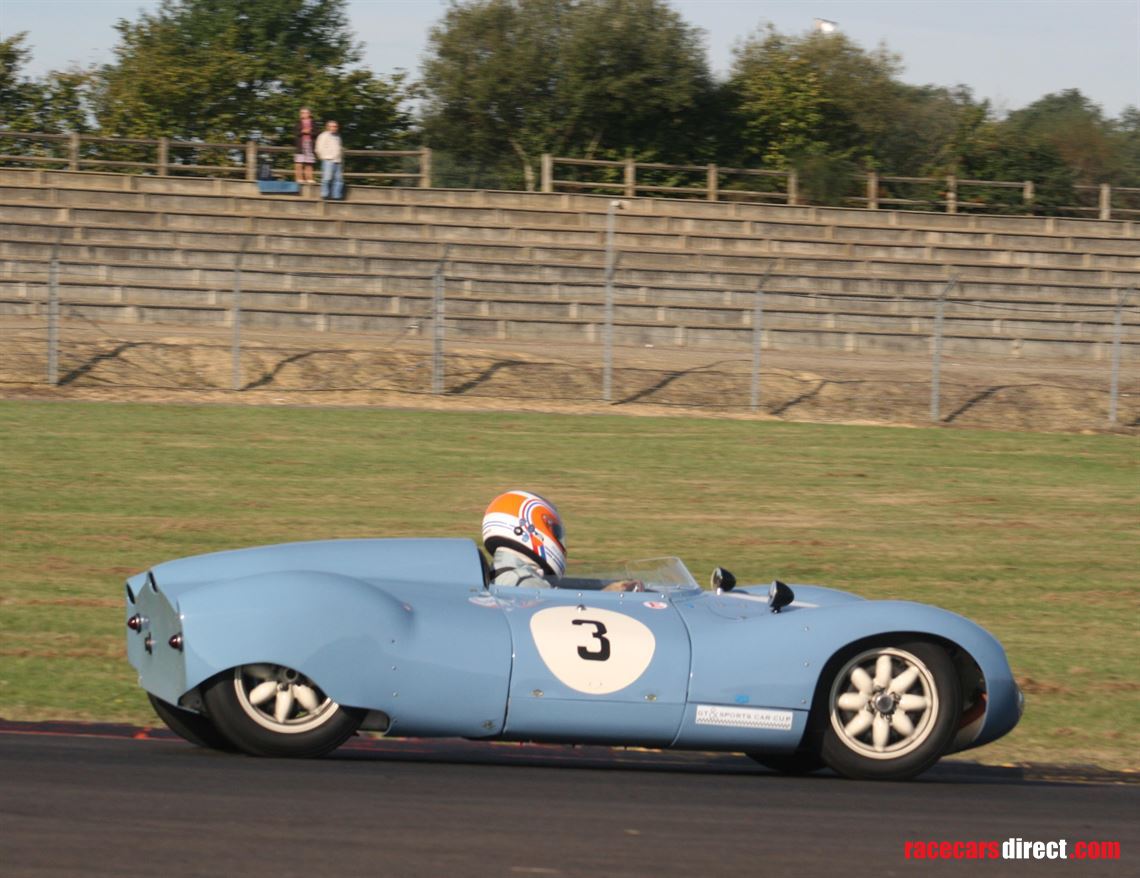 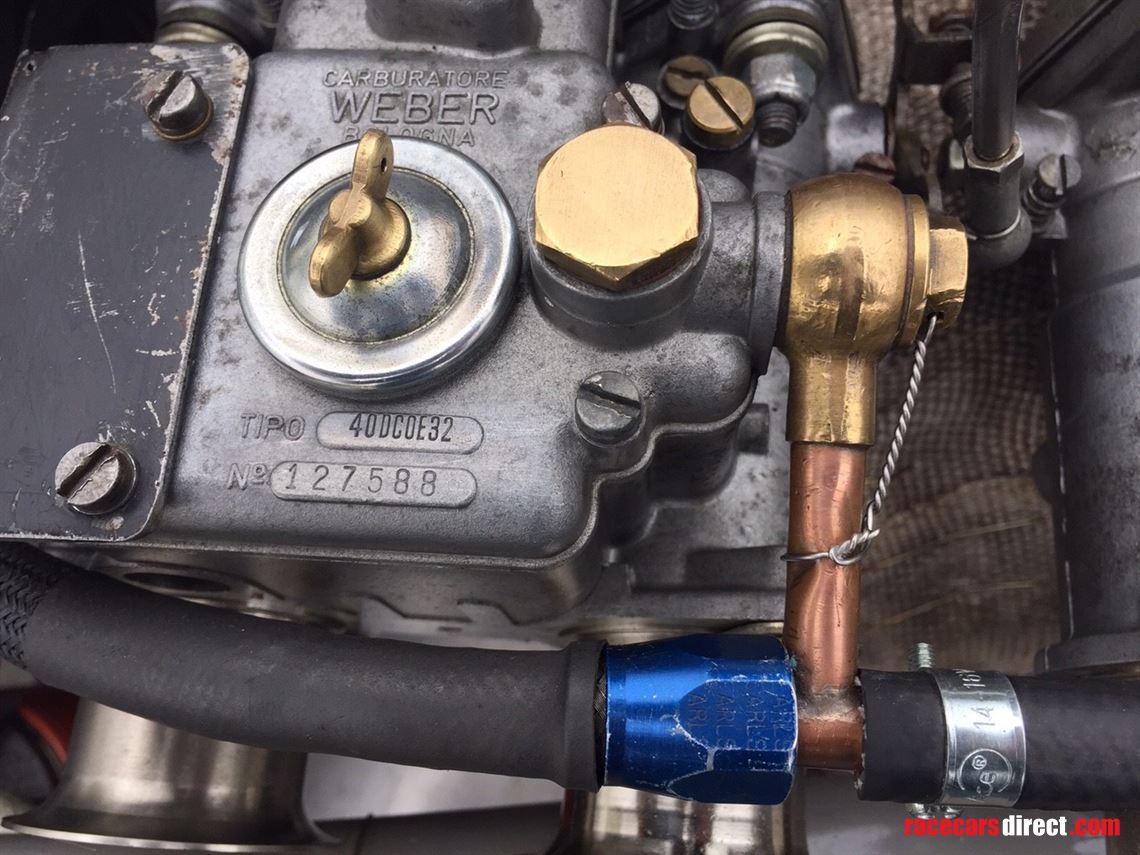 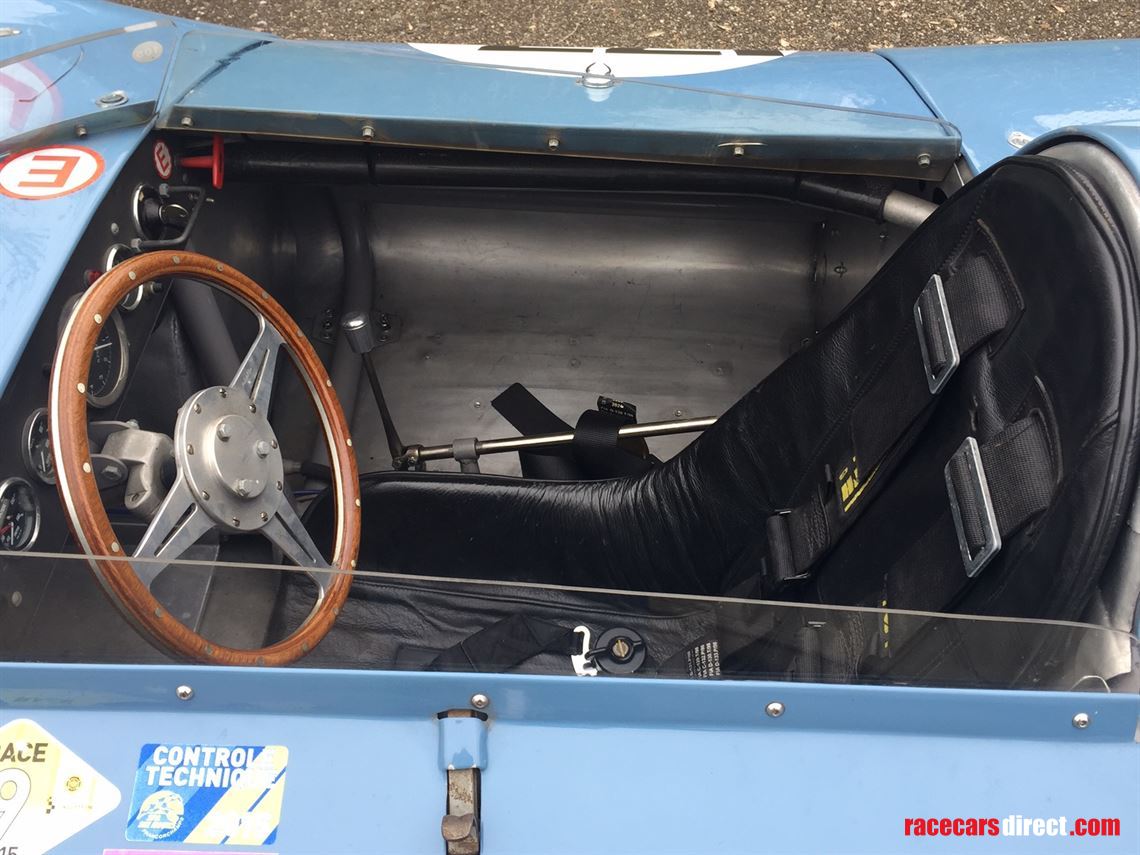 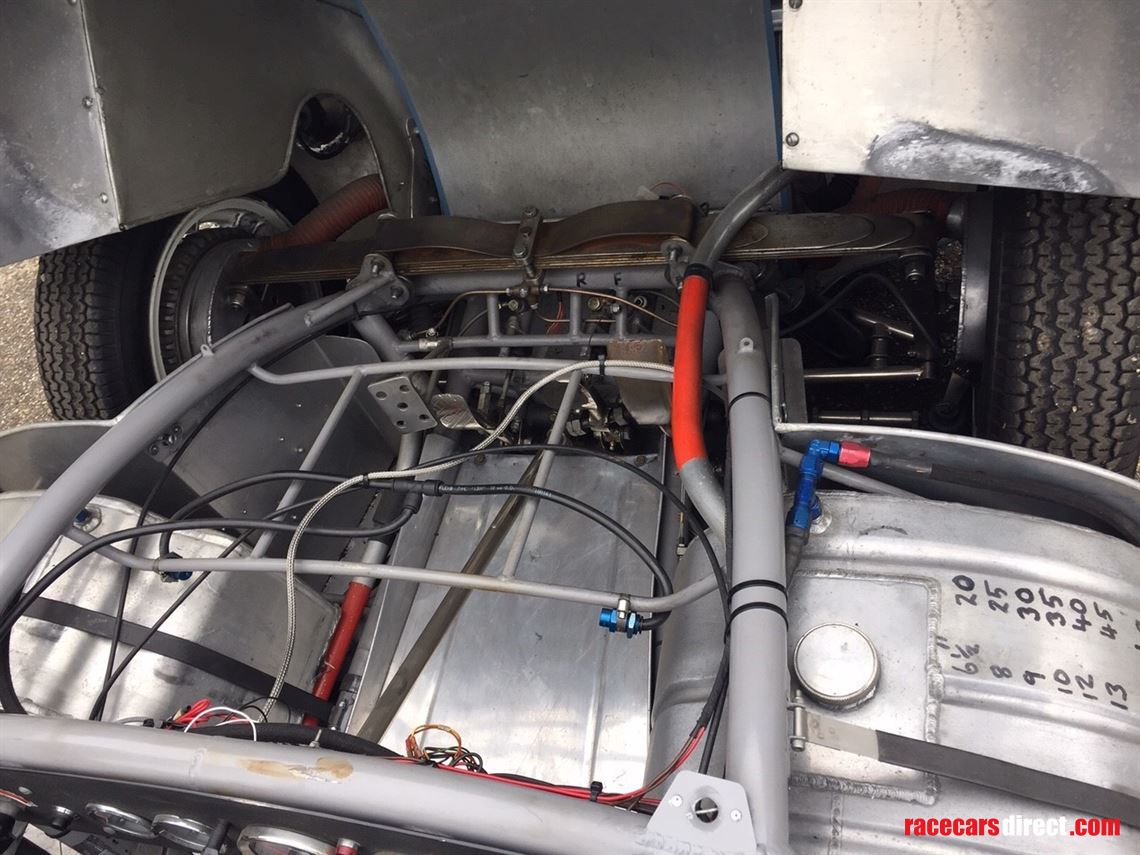 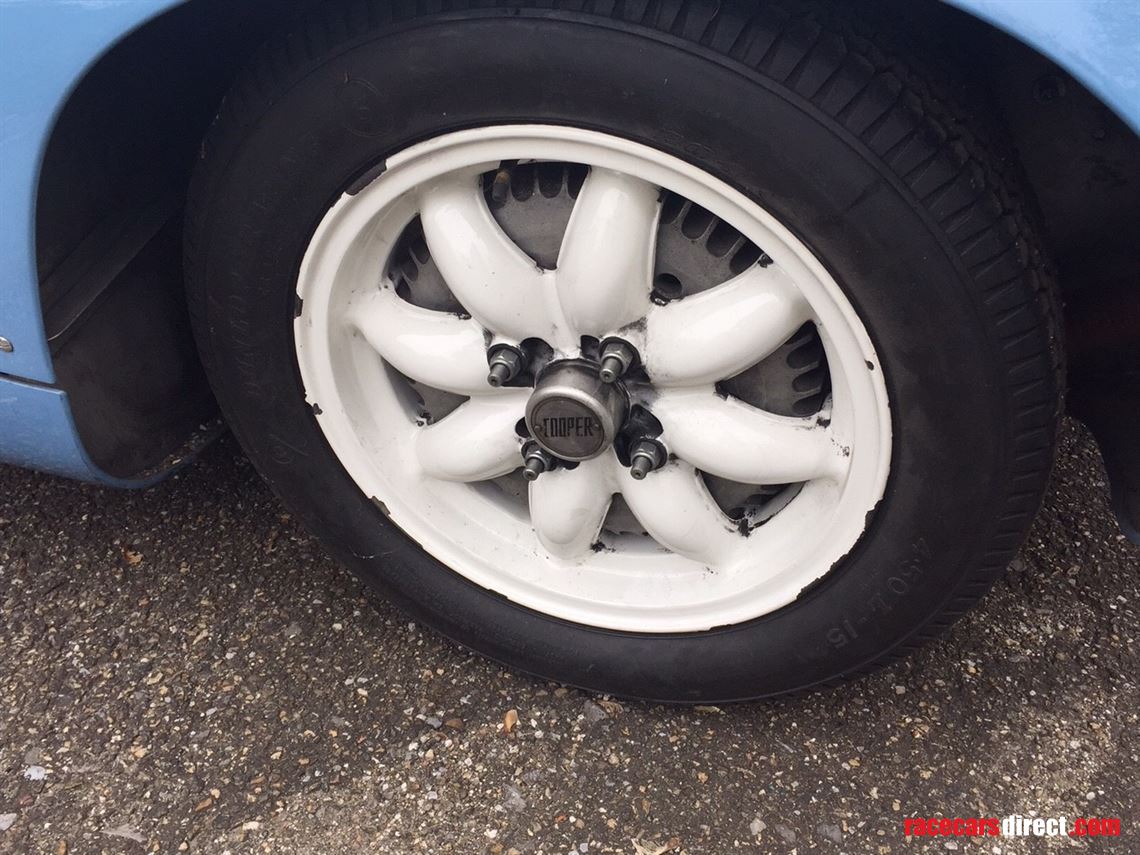 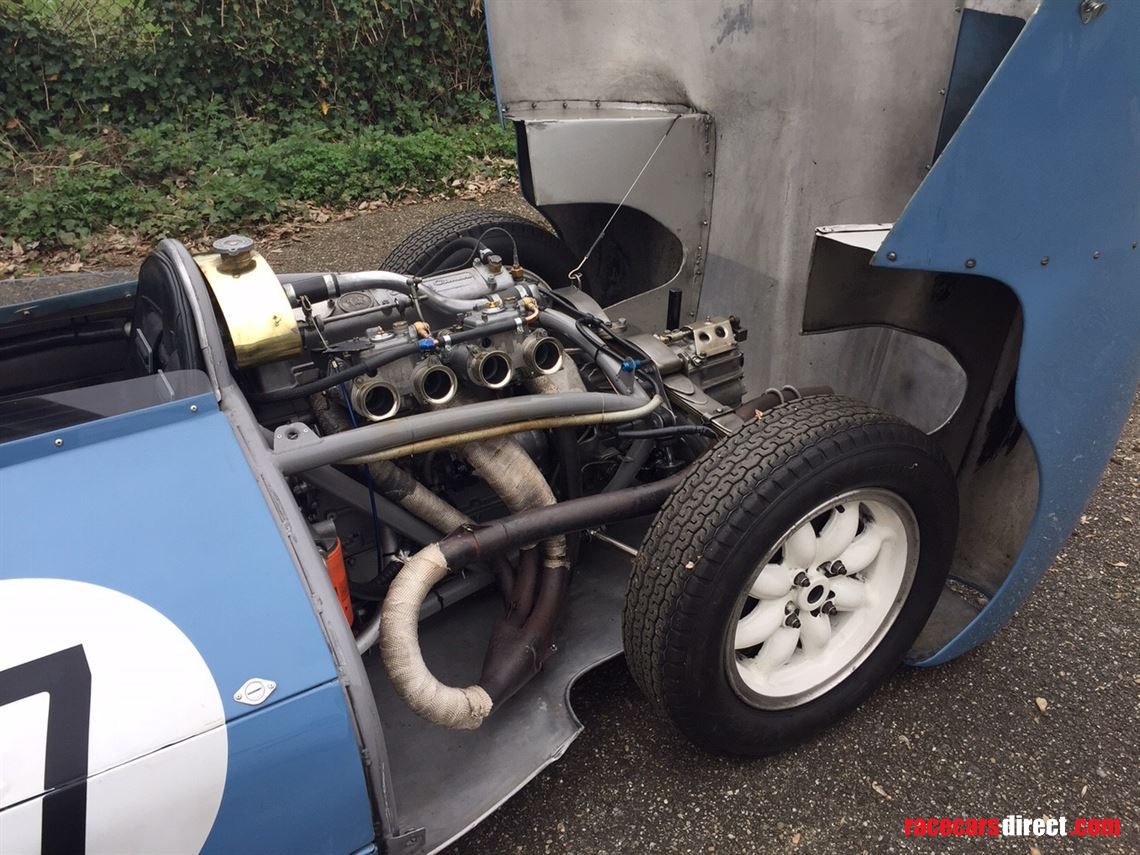 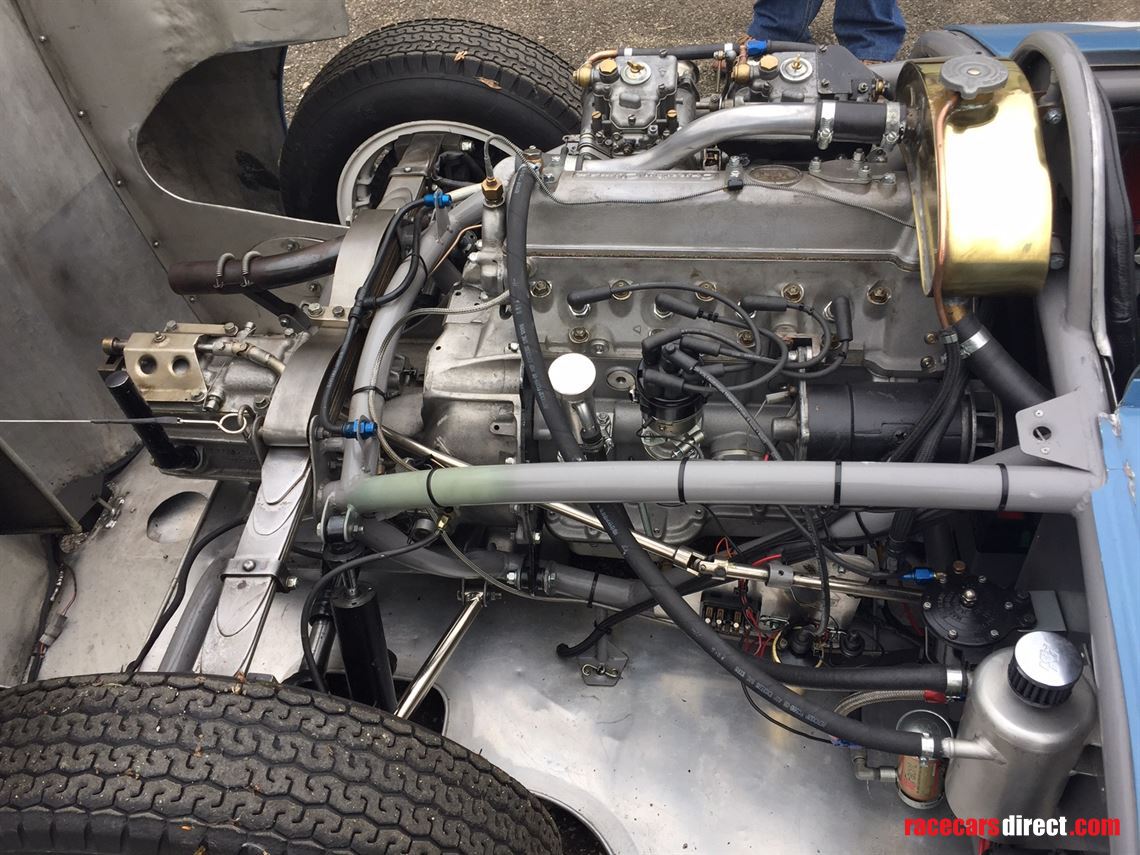 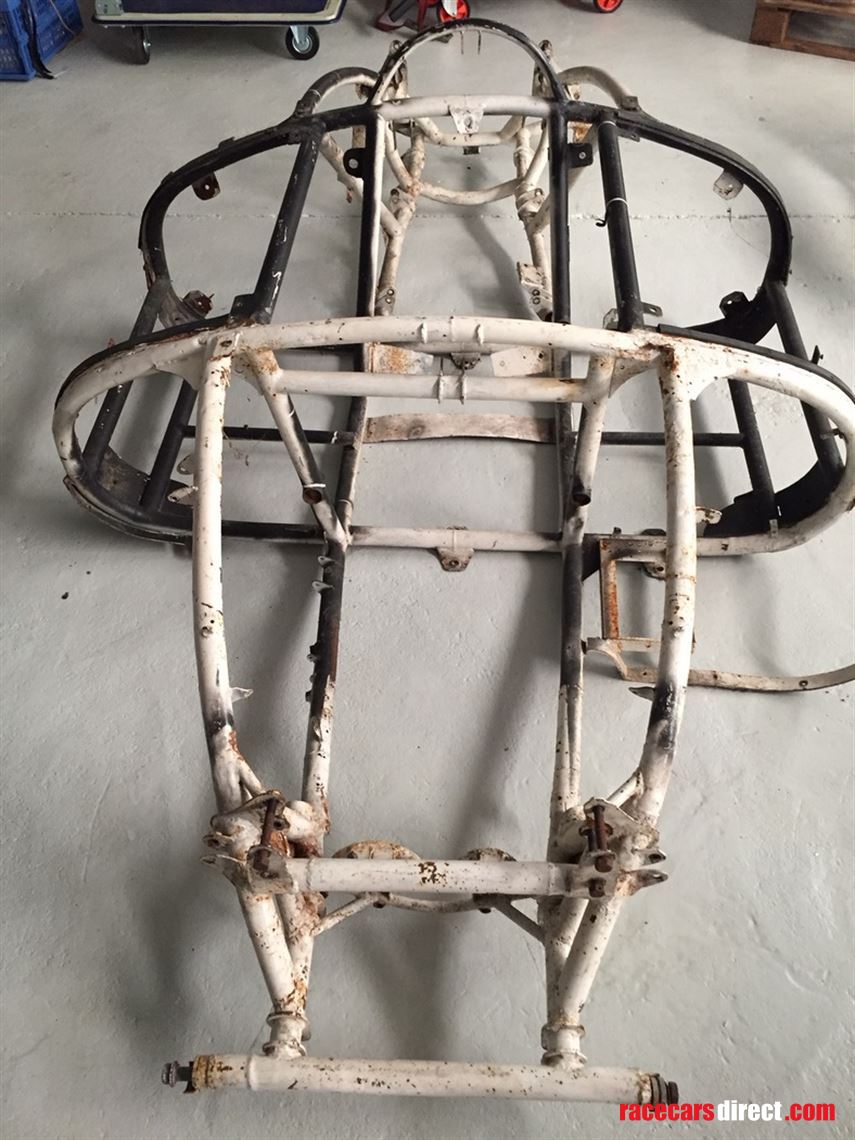 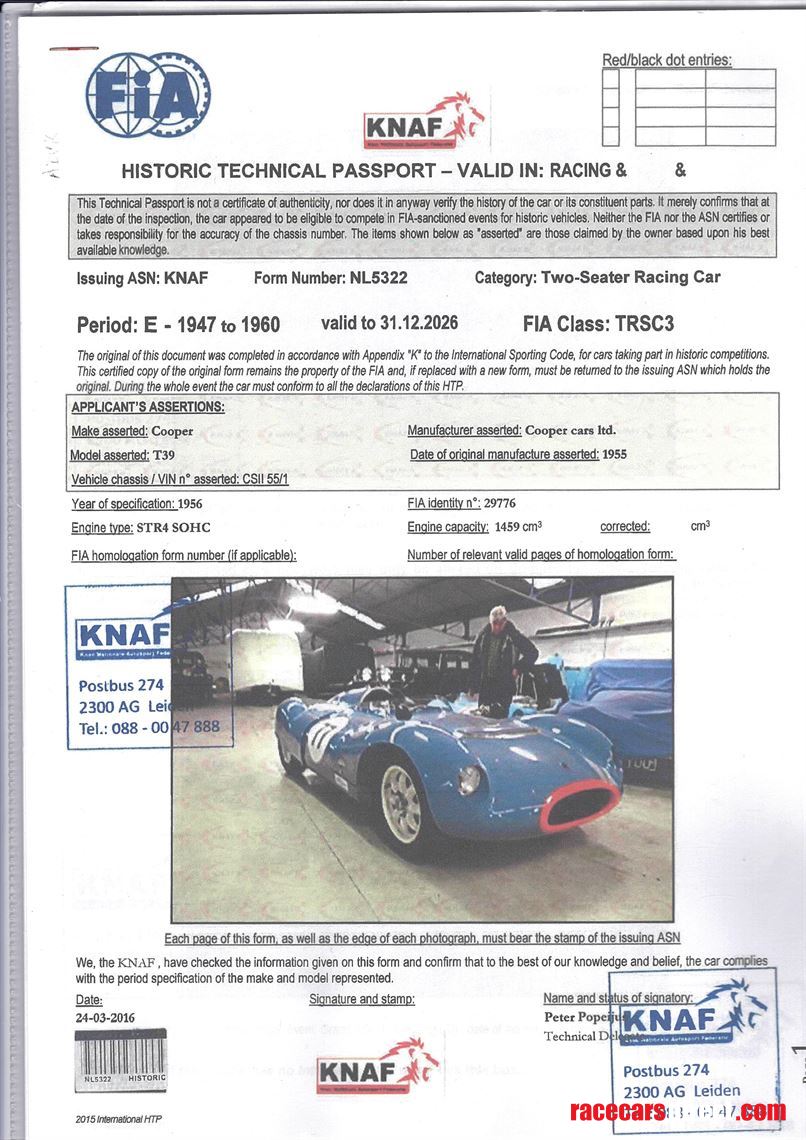 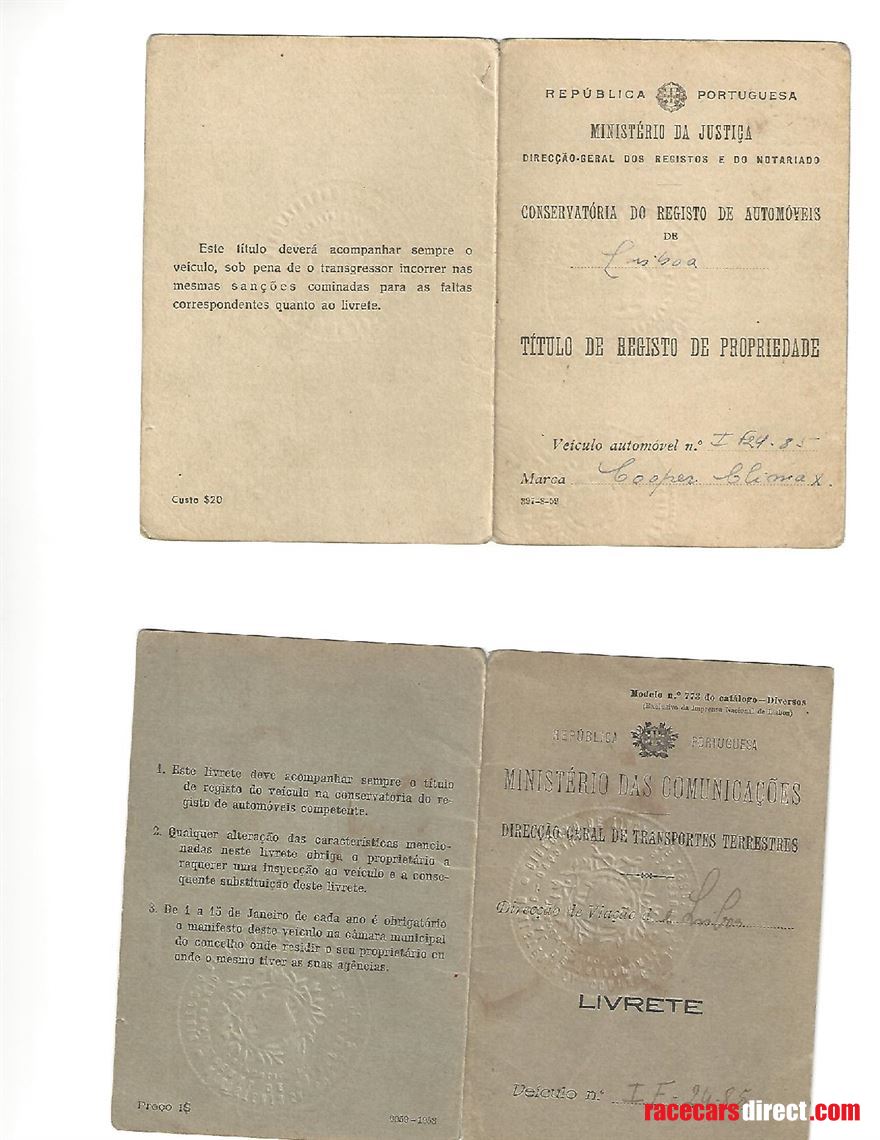 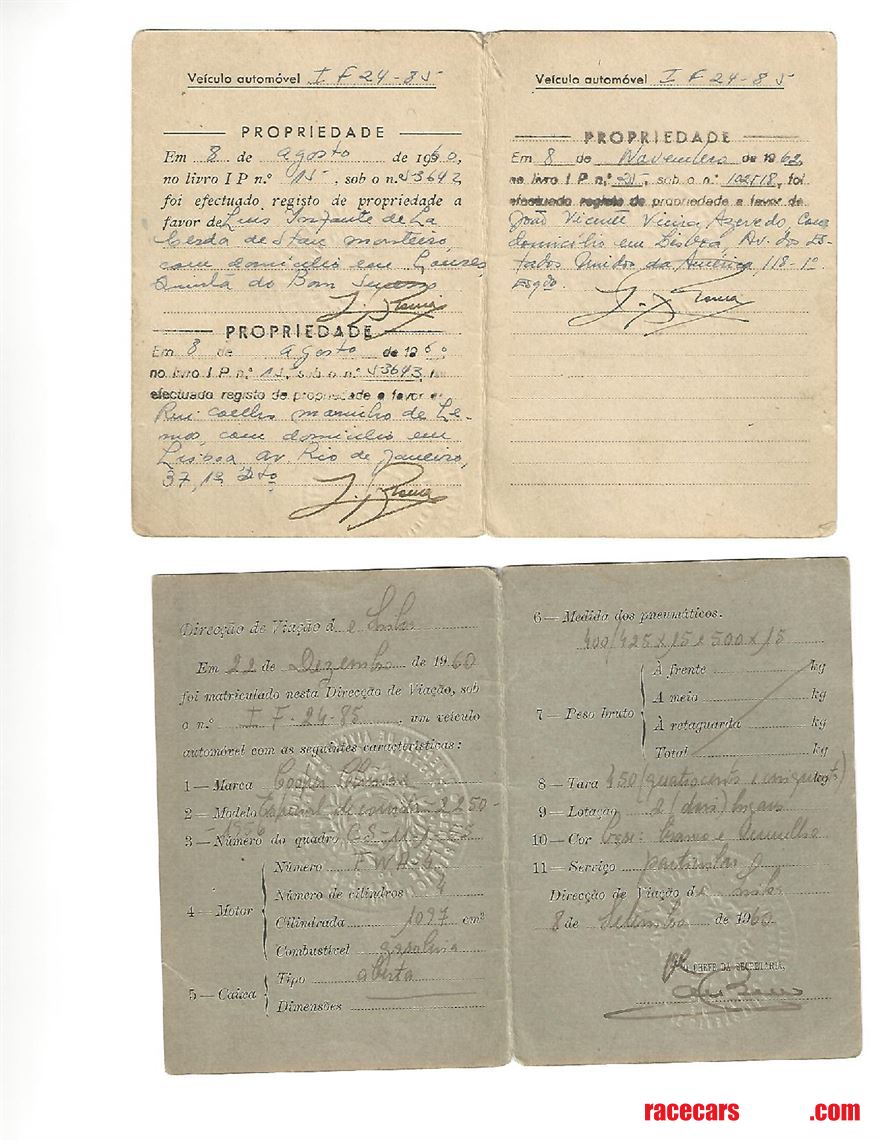 Postwar England struggled with crippling shortages but privation often leads to adaptation, innovation and revolution. John and Charles Cooper followed that path to success, building up Cooper Cars into one of the most accomplished and revered motorsport enterprises. In the process, utilizing Owen Maddock’s innovative 1954 chassis design, Cooper Cars forged a new revolution in sportscar racing with the Cooper T39 “Bobtail” of 1955-1956.

The initial T39 was powered by a Coventry Climax FeatherWeightAutomotive (FWA) 1100cc four cylinder engine nestled within a tubular chassis. The lack of purpose-built racing parts forced Cooper to adapt components from various sources, but innovation is clearly shown in the driver’s center seating and in the aluminium alloy body’s truncated rear, fashioned by Maddock to optimize aerodynamics. Hence the nickname of “Manx Tail’ or “Bobtail”. Total production is unknown but fewer than 15 are thought to exist today.

When born, this rare 1955 Cooper T39 “Bobtail” was equipped with a 1098ccm Climax FWA Engine number FWA-4 which indicates that this was the very 1st engine delivered by Coventry Climax to John Cooper (the first 2 engines went to Kieft and the 3rd engine went to Lotus) and – as such – indicates that this car was a work’s car (unfortunately there is no remaining Cooper chassis number registration prior to 1957).

There is no firm evidence for the car’s early (1st five years) race history but - given its very early engine nr - there is indication to believe that this was the Cooper T39 driven by Ivor Bueb during the 1955 season, its 1st race being the Easter Monday International Race at Goodwood where Bueb finished an impressive 3rd. At the following race, the International Meeting at Silverstone on 7-5-1955, Ivor Bueb won both the 1100cc and 1500cc class (finishing in front of all 2 litre cars)!

A Cooper T39 “Bobtail” was then entered by the Cooper works for the 1956 Le Mans 24hr race. This Le Mans car received certain modifications to the chassis. Later in 1956 Roy Salvadori, driving a Cooper T39, wins a race in Oporto, Portugal. This may well be a coincidence, but it is interesting to note that the first formal history document of chassis CS-II-1-55  is a Portuguese “Libretto” (Road registration) dated August 8th, 1960 in which the engine is listed as “FWA-4” and the car is listed as “Cooper experimental 1956”. The car’s original chassis (which is separate but comes with the car) clearly shows various in-period modifications (Le Mans 1956?). Interesting to note is that – in addition to the “libretto” - the car also carries a chassis plate issued by the Portuguese Historic Automobile Club.

In 1960 this Bobtail is registered in Portugal by Joao Azevedo and has remained in the hands of the Azevedo family for a very long time : until 1997. In the 60’s the car has been entered regularly in races in Spain and Portugal and, apparently, it has also been raced in Angola for some time. Unfortunately the quality of the period drivers and the limited size of the engine have prevented it to achieve very notable results.

A broken rear suspension and some chassis damage (possibly resulting from an accident in the mid 70’s) relegated it to a place in the back of the Azevedo garage.

In 1998, the car was discovered and bought by John Harper (UK) who commissioned a full rebuild by renown Croswaithe & Gardiner during 2000 and 2001. The rebuild included the replacement of the chassis (the original chassis is with the car), the engine was replaced with a 1495cc Climax FWB engine (from Sid Hool) and the brakes were also uprated to FWB spec .

After its rebuild in 2001, this stunning T39 “Bobtail” was bought by the current owner and has been a welcomed participant on the European historic racing scene including various LeMans Classic event, Goodwood Revival, etc. where it has always been a class podium finisher beating the larger capacity cars due to its light weight (400kg) and wonderful handling. (As an interesting anecdote : nearly 50 years after Savadori’s 1956 Oporto race win, the car won the 50ies sports car race at the 2005 Oporto Historic Grand Prix.)

This rare and genuine Cooper T39 “Bobtail” is completely race-ready with a refreshed engine which has only 10 hours on it. It also comes with a current 2016 FIA HTP (valid till 31/12/2026) and is located in Antwerp, Belgium where an inspection is welcomed subject to appointment.

We manufacture and ship worldwide.