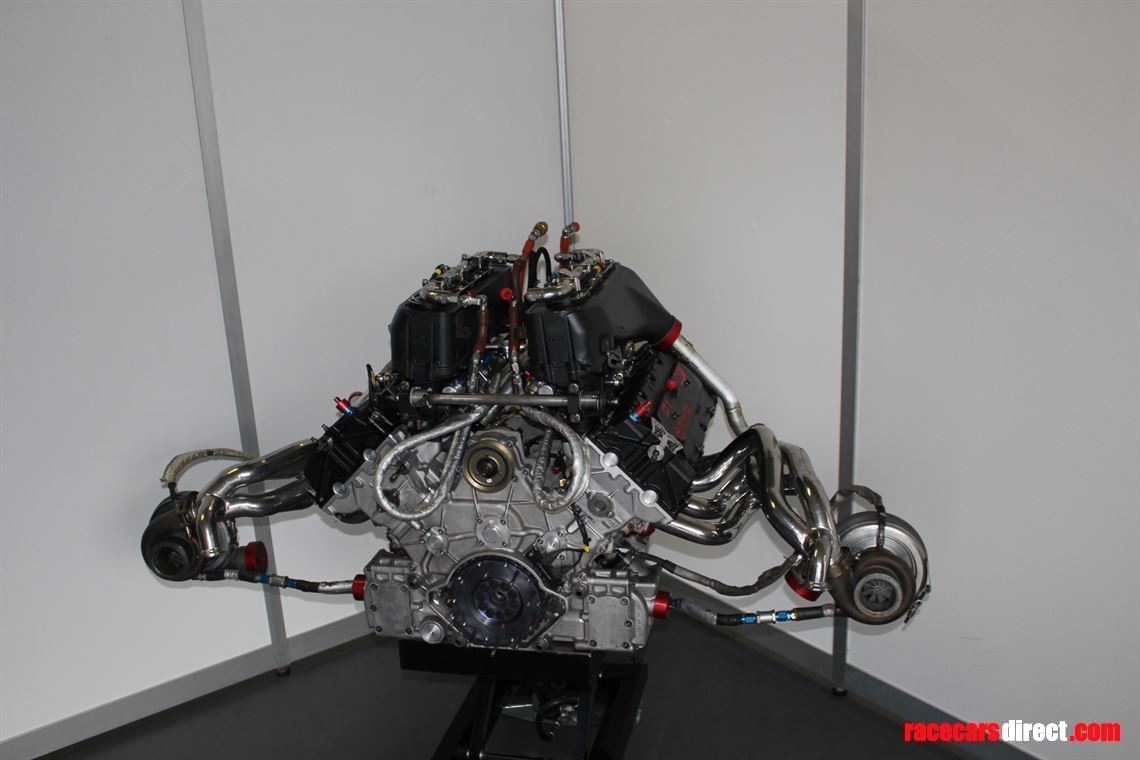 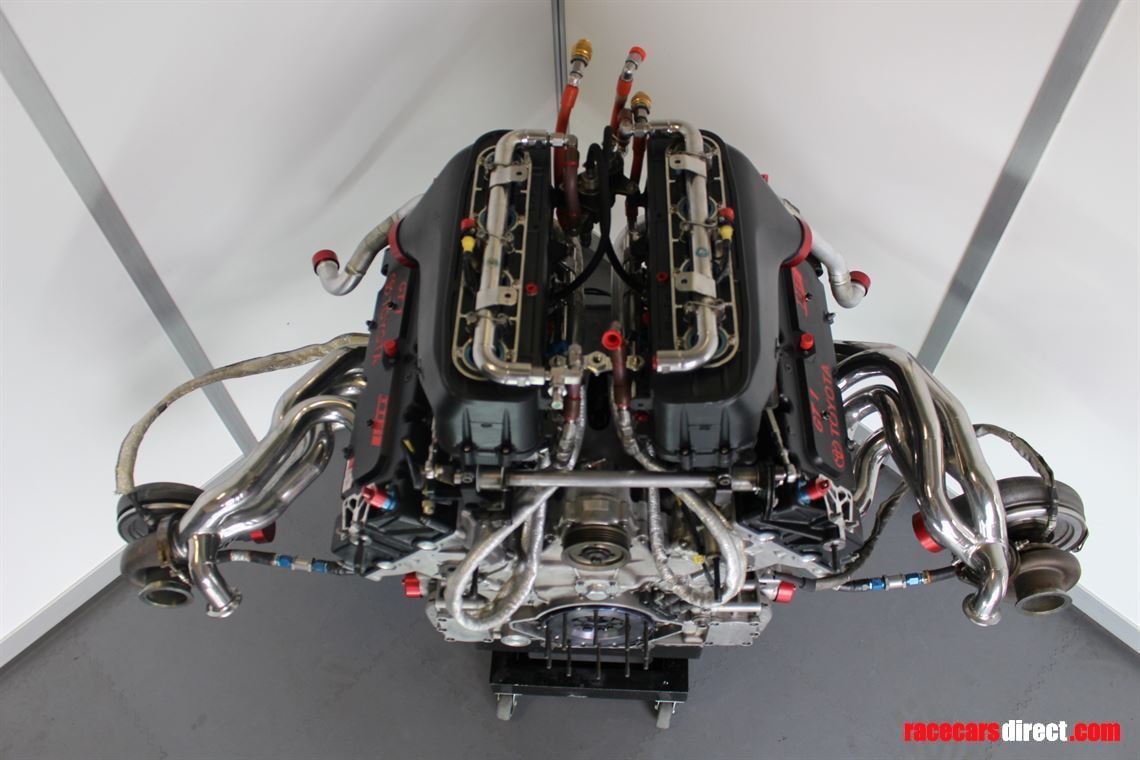 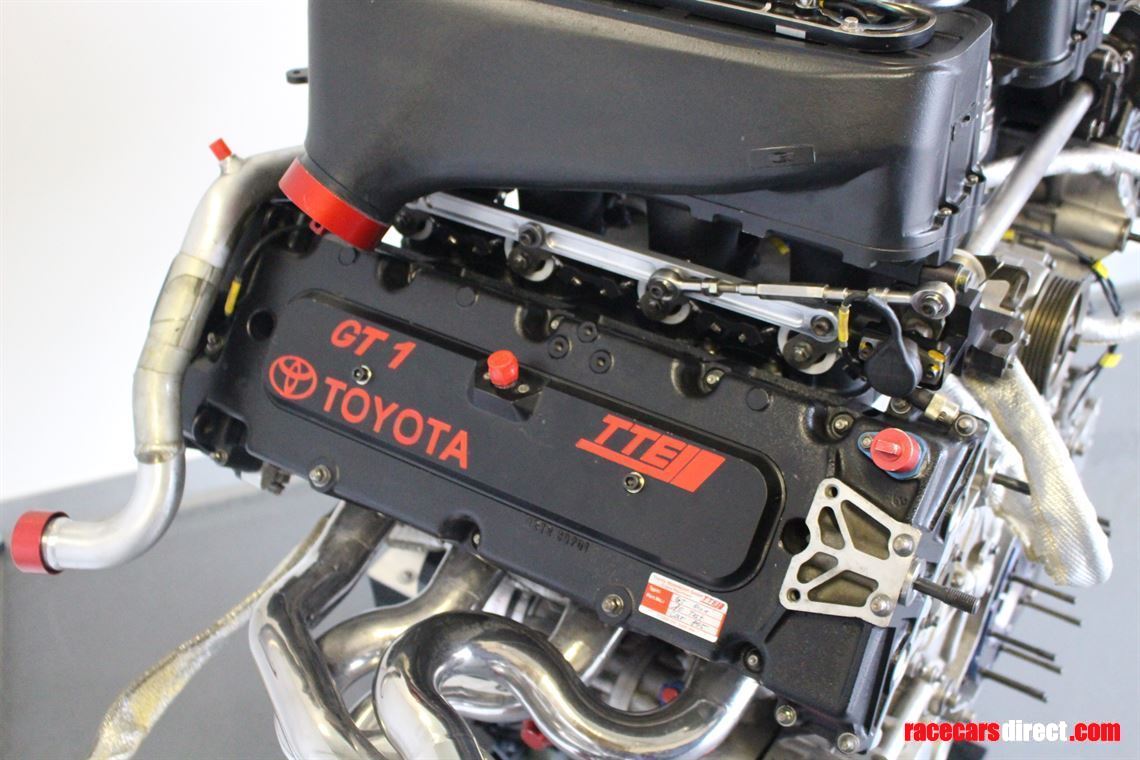 The Toyota GT-One TS020 was a long distance race car of the category GT1 respectively LM-GTP. The car took part in the Le Mans 24 hours in 1998 and 1999. In total six race cars and one street legal version, registered in Japan for homologation purposes were built. Former French long distance racer and later Toyota F1 technical director André de Cortanze was the responsible designer for the concept. The car was powered by the R36V 3,6 litre V8 engine with two Garrett turbochargers. The engine was integrated between the CFRP monocoque and the rear axle and officially produced 630 bhp at 6.000 rpm. Without air restriction the engine would nowadays clearly reach above 1.000 bhp. Although proving to be very quick indeed the TS020 failed to reach a victory in both 1998 and 1999 at Le Mans due to bad luck. In 1998 a gearbox damage prevented the leading car to finish first and in 1999 an unnecessary accident with a privateer BMW V12 LM prevented the quicker Toyota GT-One from taking the lead.

The engine offered is a fully original and totally complete engine of the type R36V. The engine with number 10 was only used for tests in car number 805 in 1999. Through inspection of the cylinder bushings and pistons the engine evidently has very low mileage. After a modest revision, where it is advisable to renew the main and piston rod bearings as well as changing all filters and rotational seals the engine should reach a mileage of about 5.000 km before a total revision would be necessary.

The engine is complete including injection and ignition systems and all engine related sensors. Additionally the engine will be sold with a complete set of exhaust manifolds, turbochargers, intercoolers, water-coolers, an oil/water heat exchanger and a titanium flywheel. All additional parts are inspected and in a very good and functioning state.

After his service as a driver the offered engine and additional parts were given to Mika Salo as a present in 2002 by the Toyota Motorsport GmbH. Originally Mika Salo intended to use the engine for a rally car project but never translated this into action. Therefore the engine was stored since 2002 and just recently rediscovered. The complete engine and all parts have been inspected by former Toyota Motorsport engineers. The engine turns freely and all magnesium parts have been coated with corrosion protection.

Please do not hesitate to contact us, should you require further information.

We have one dallara F312 with 2017 aero kit for sale with good mileage and in top condition.

should be a nice build which can be registered in Europe

Brand new Chassis and Build - can spec interior to suit, Perfect home from home for paddock or hol