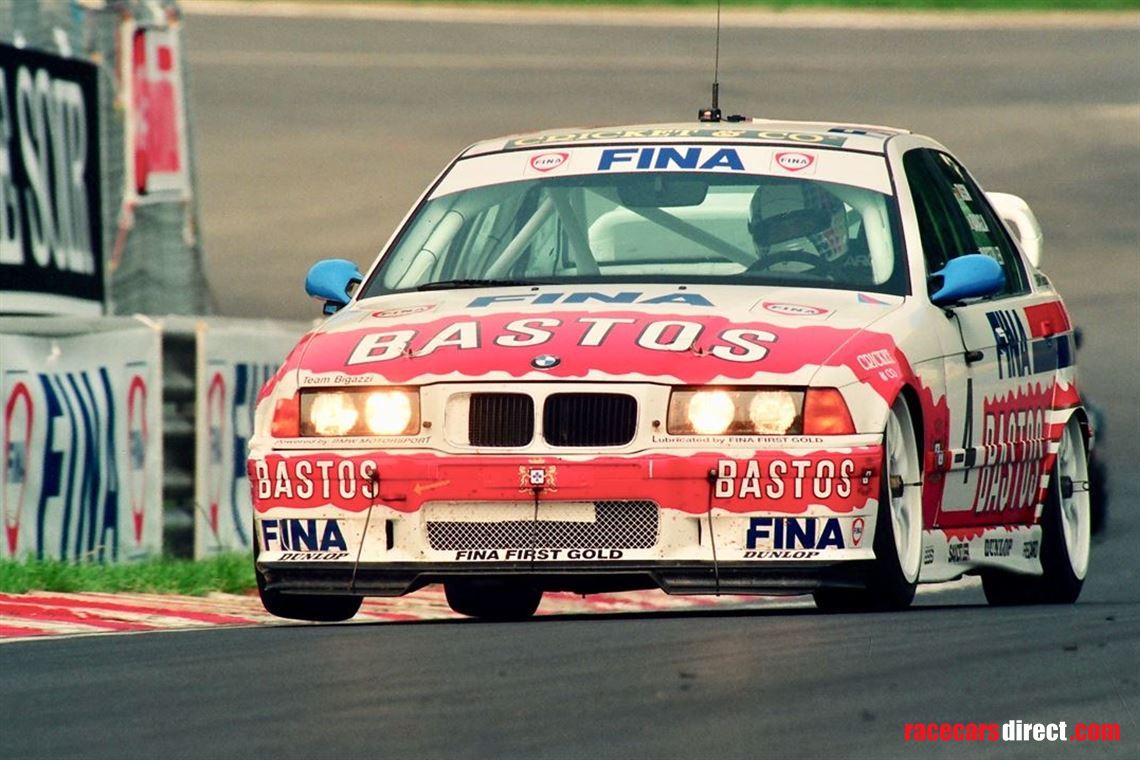 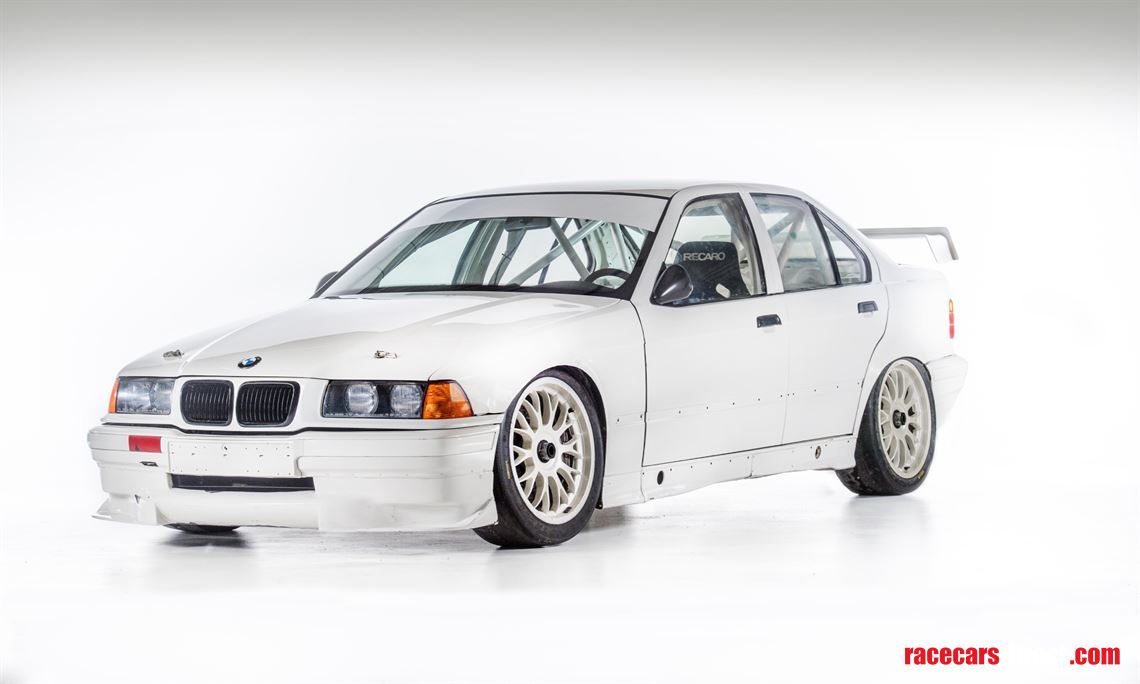 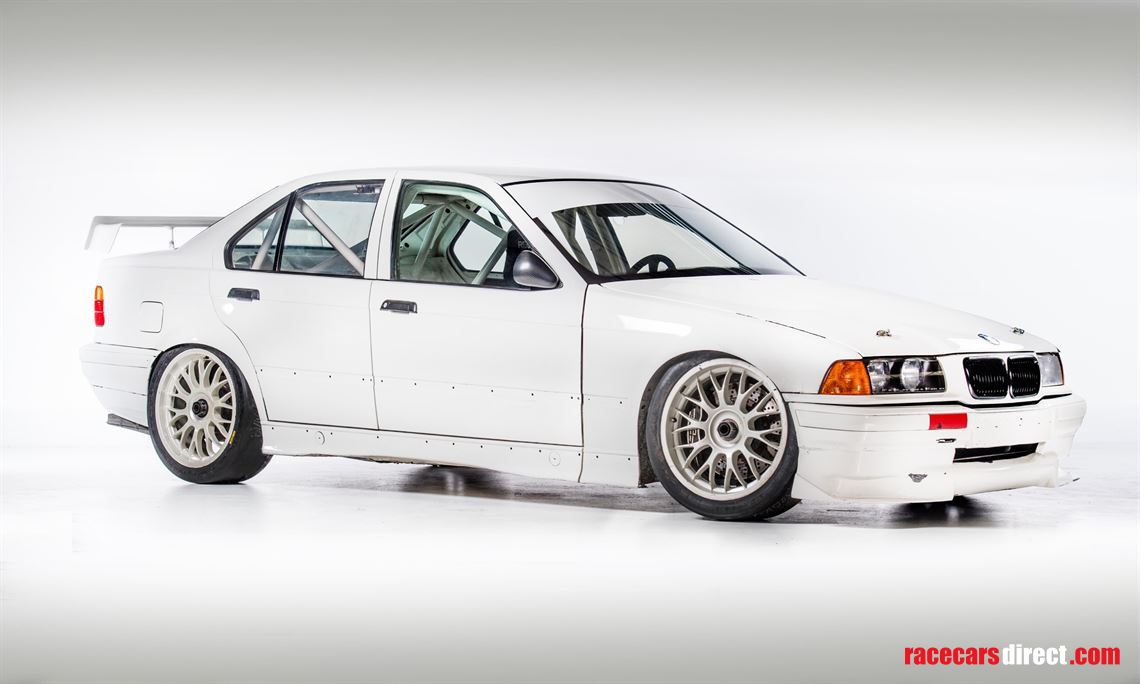 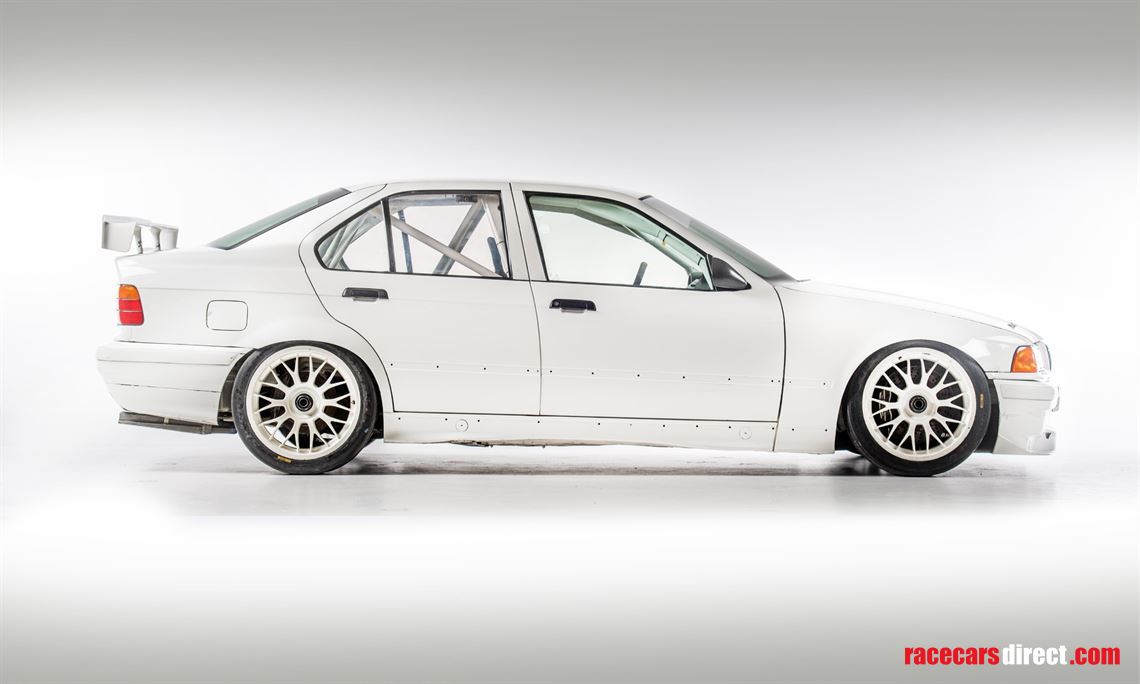 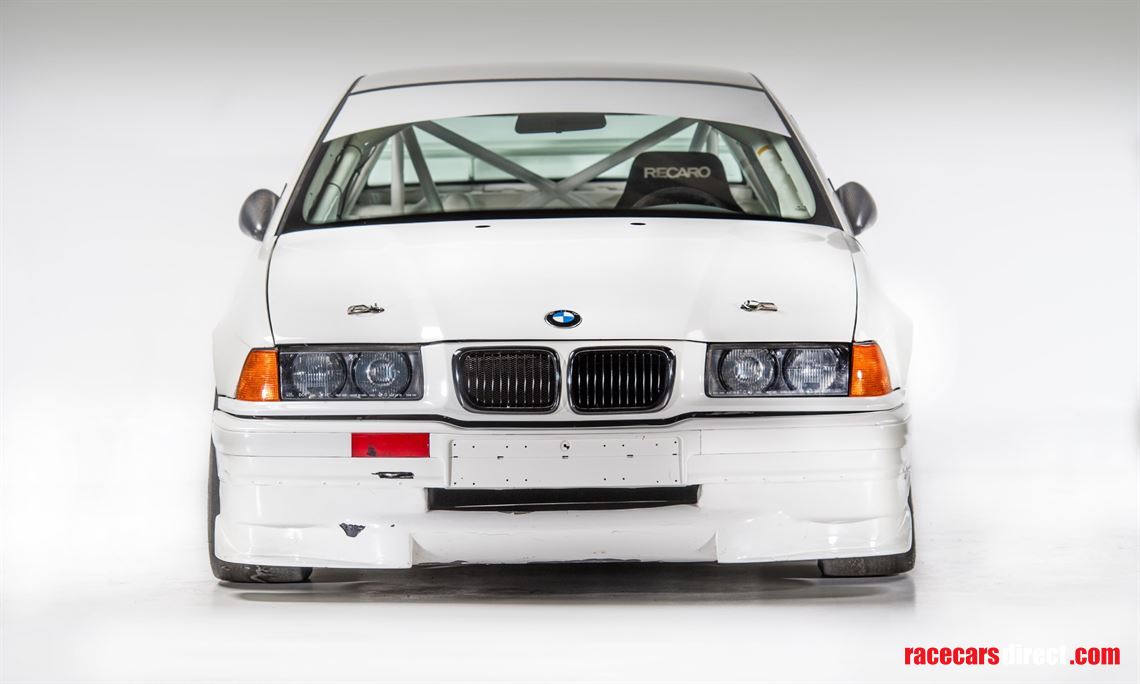 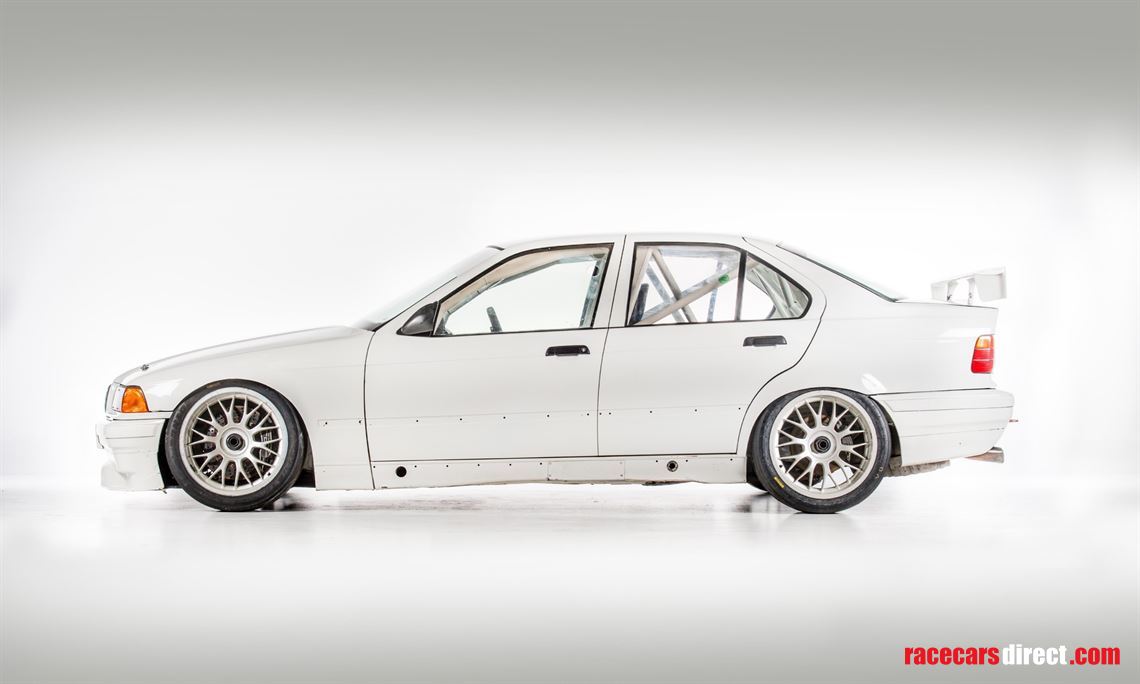 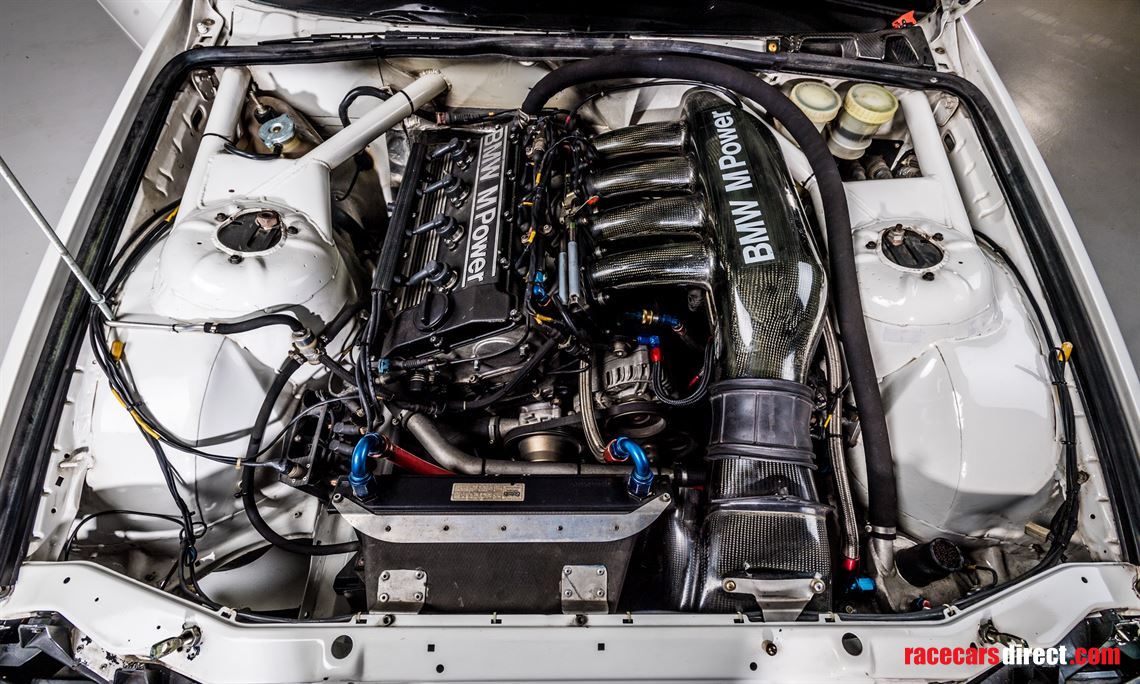 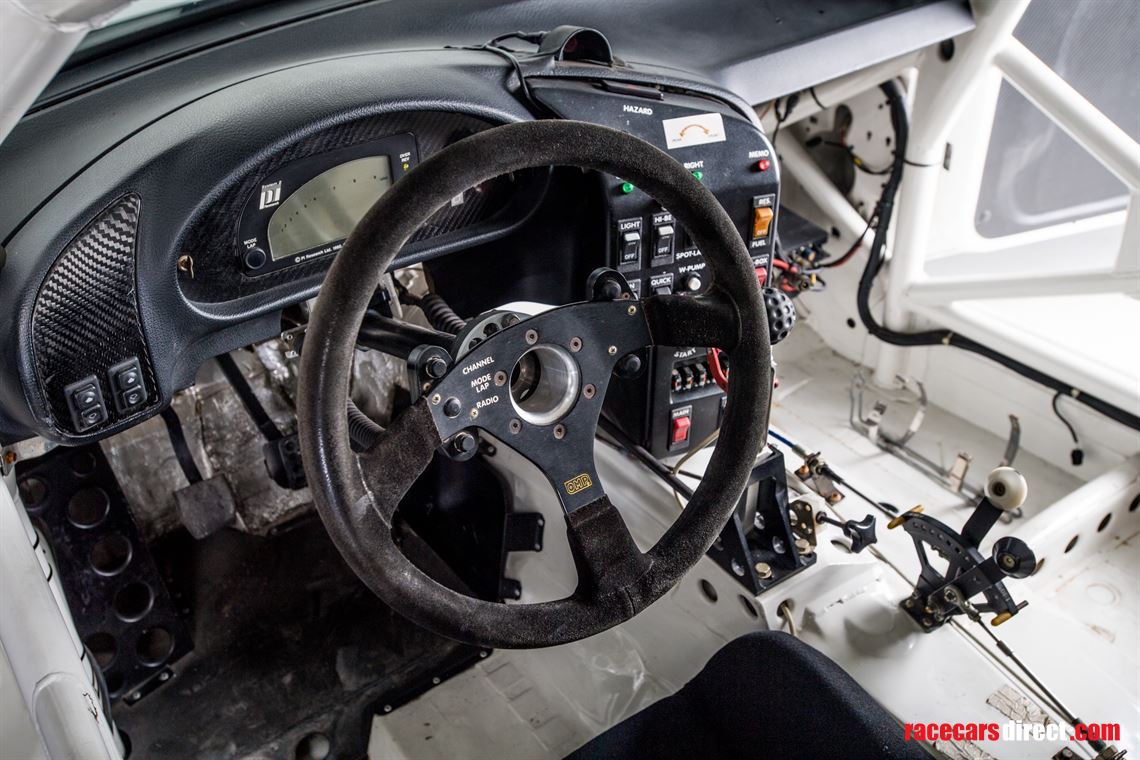 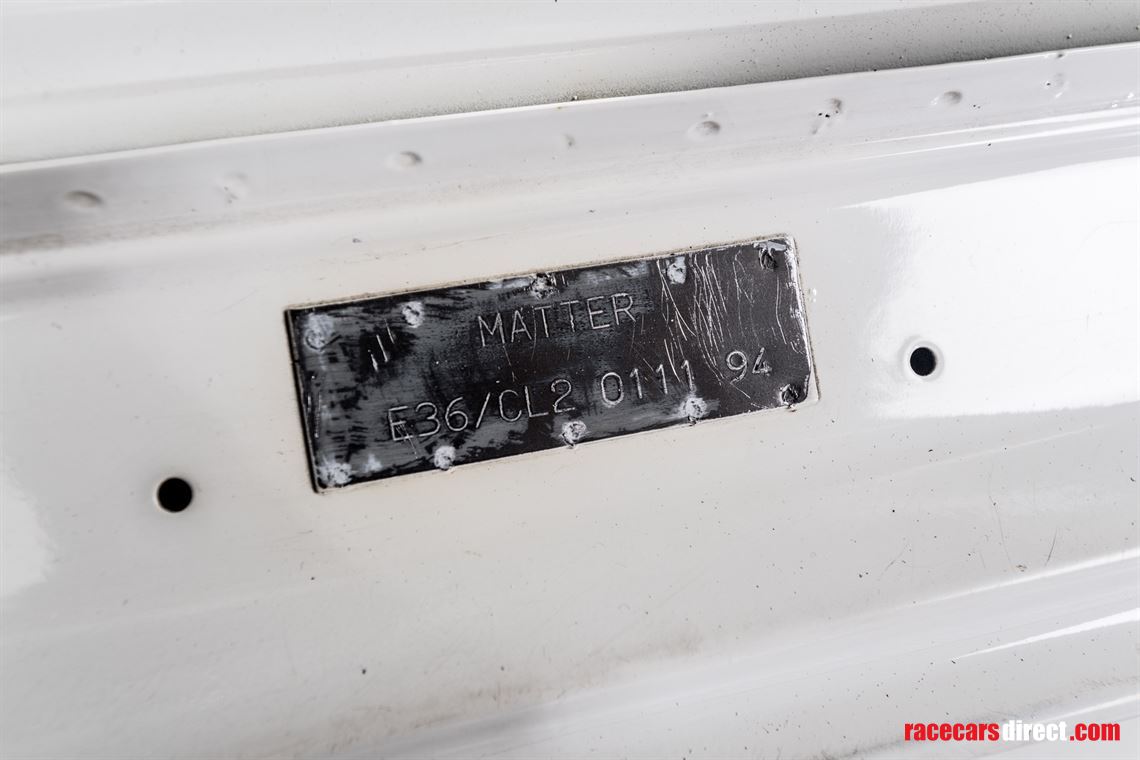 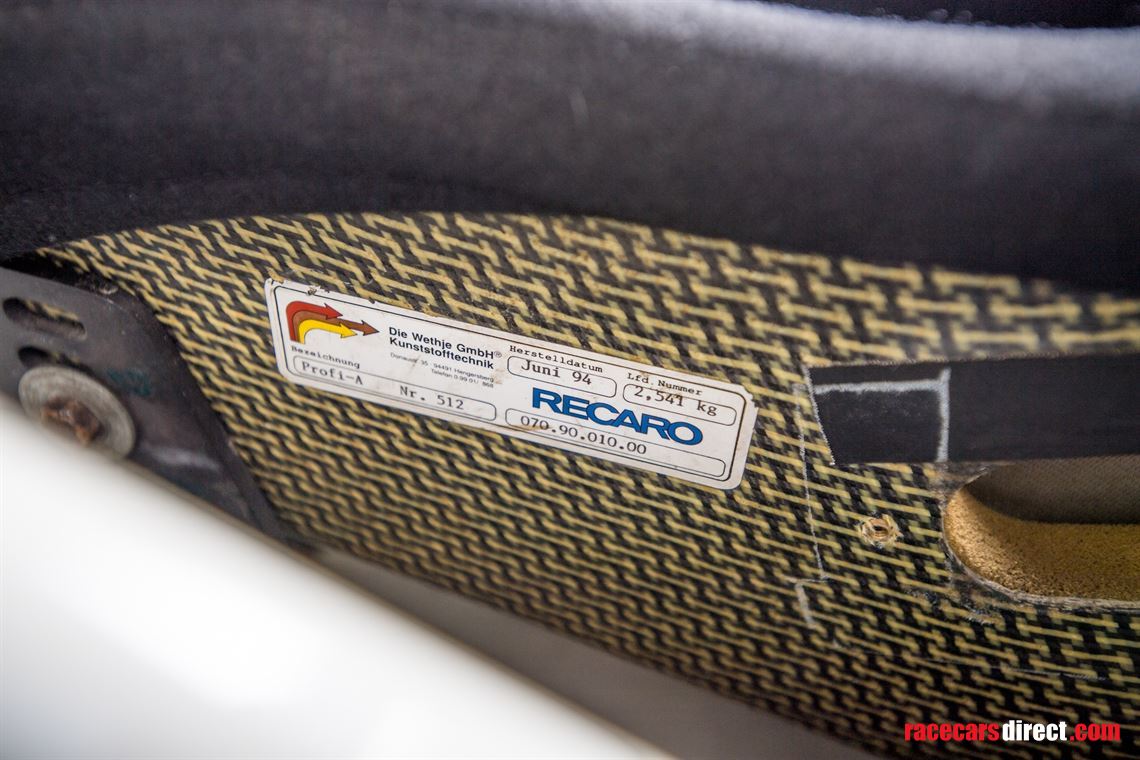 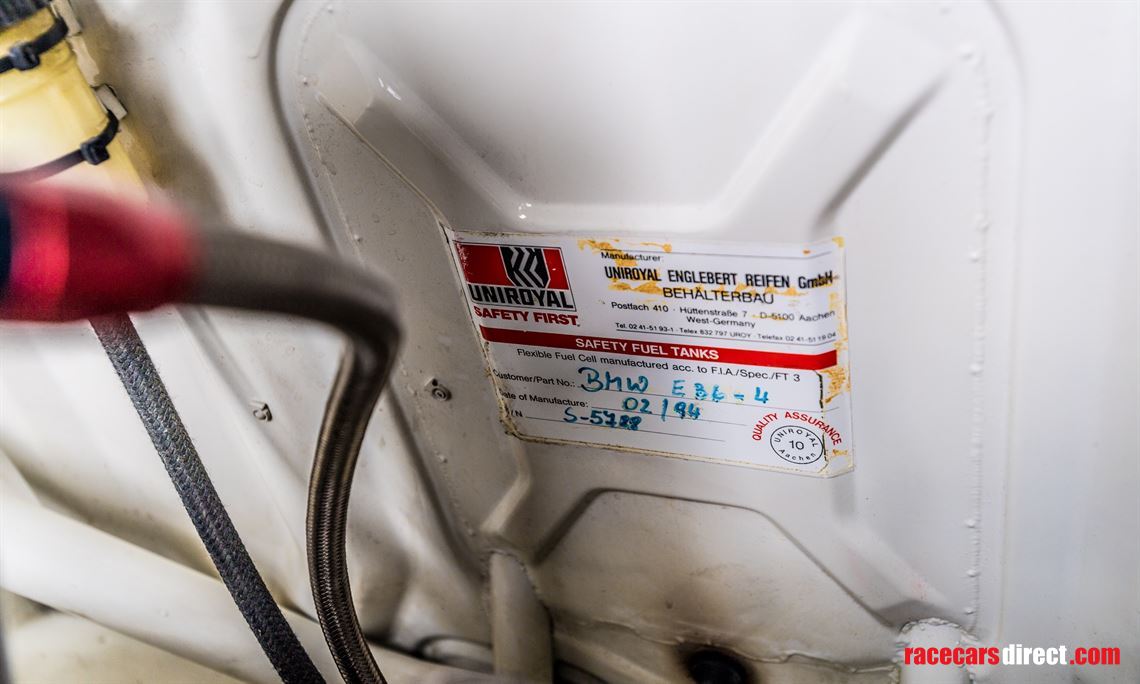 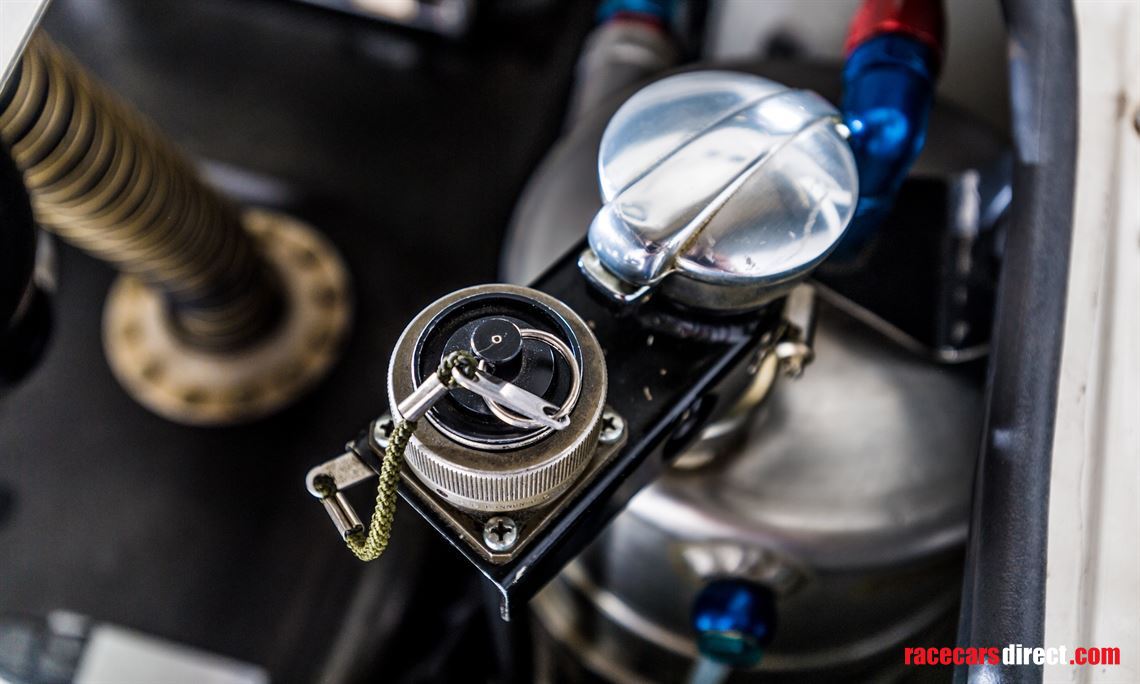 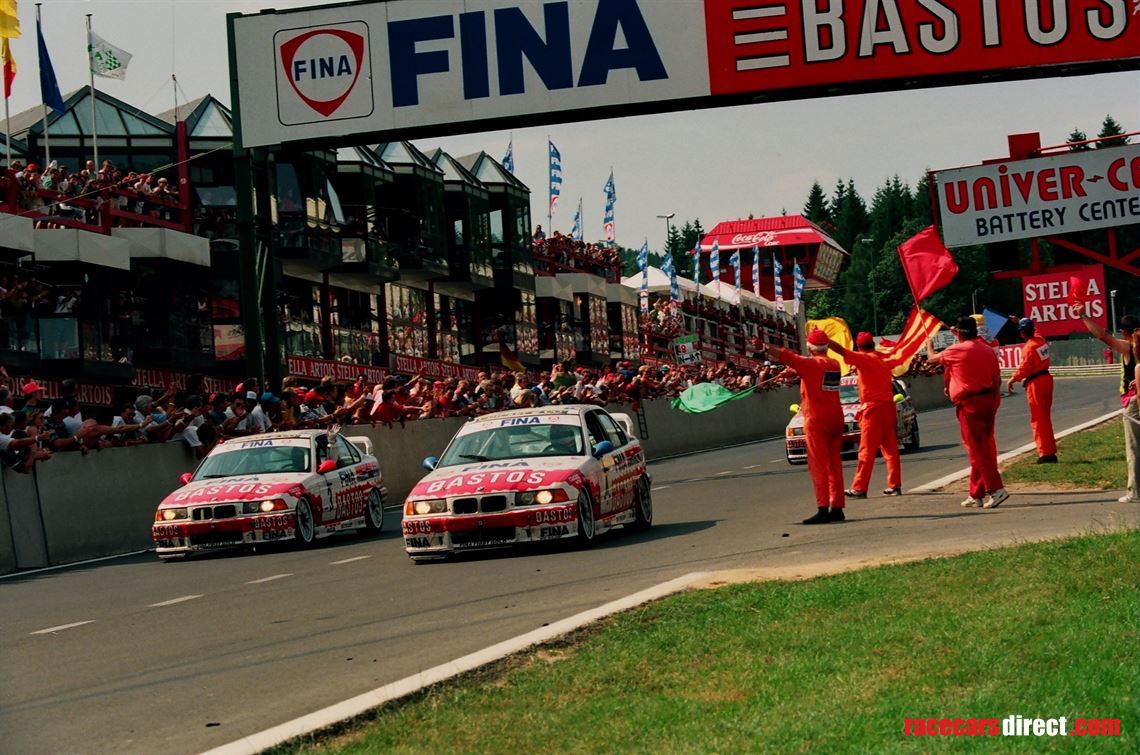 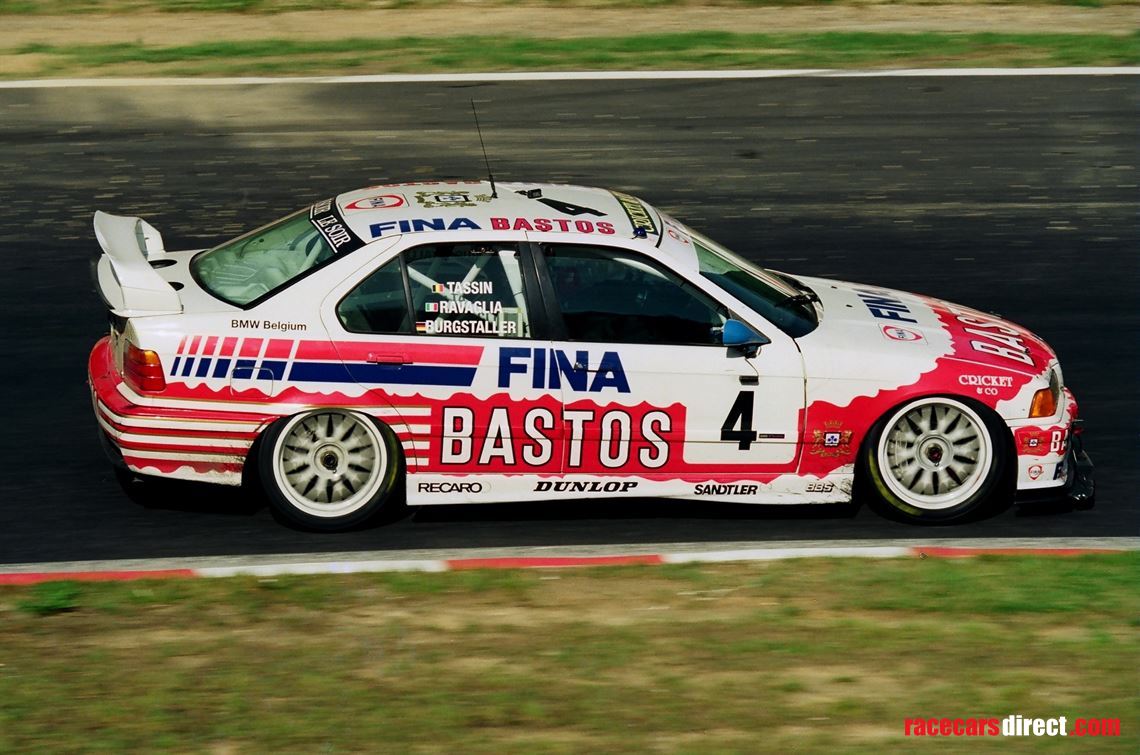 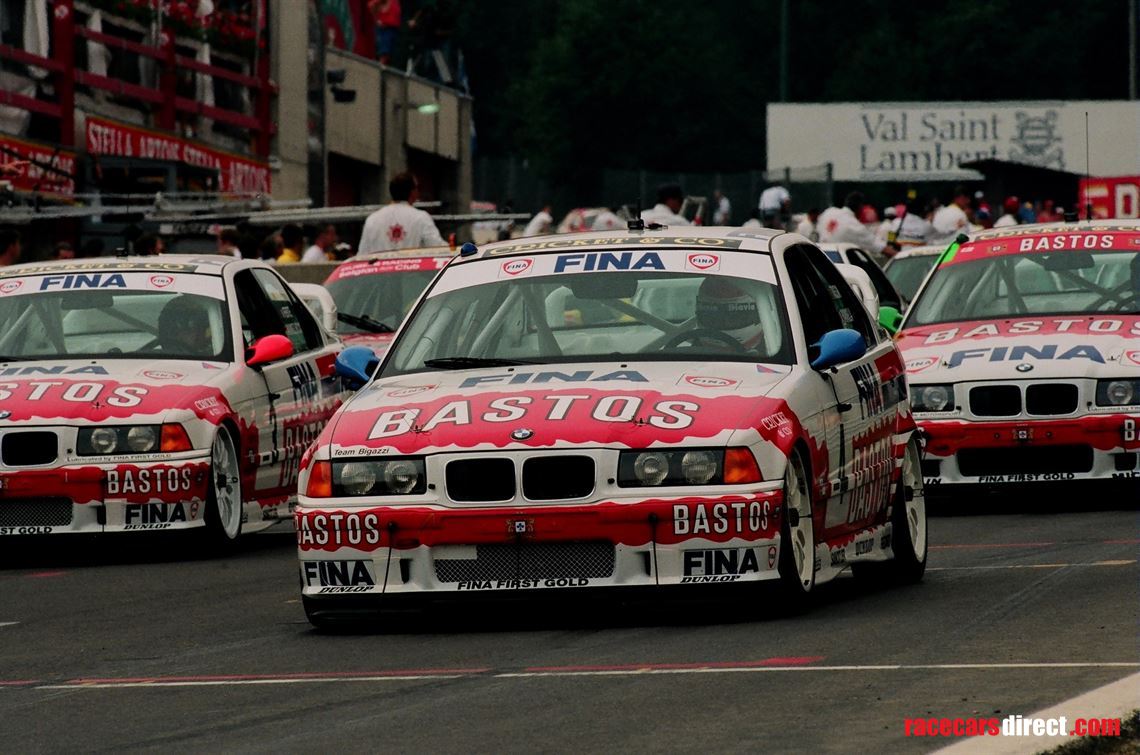 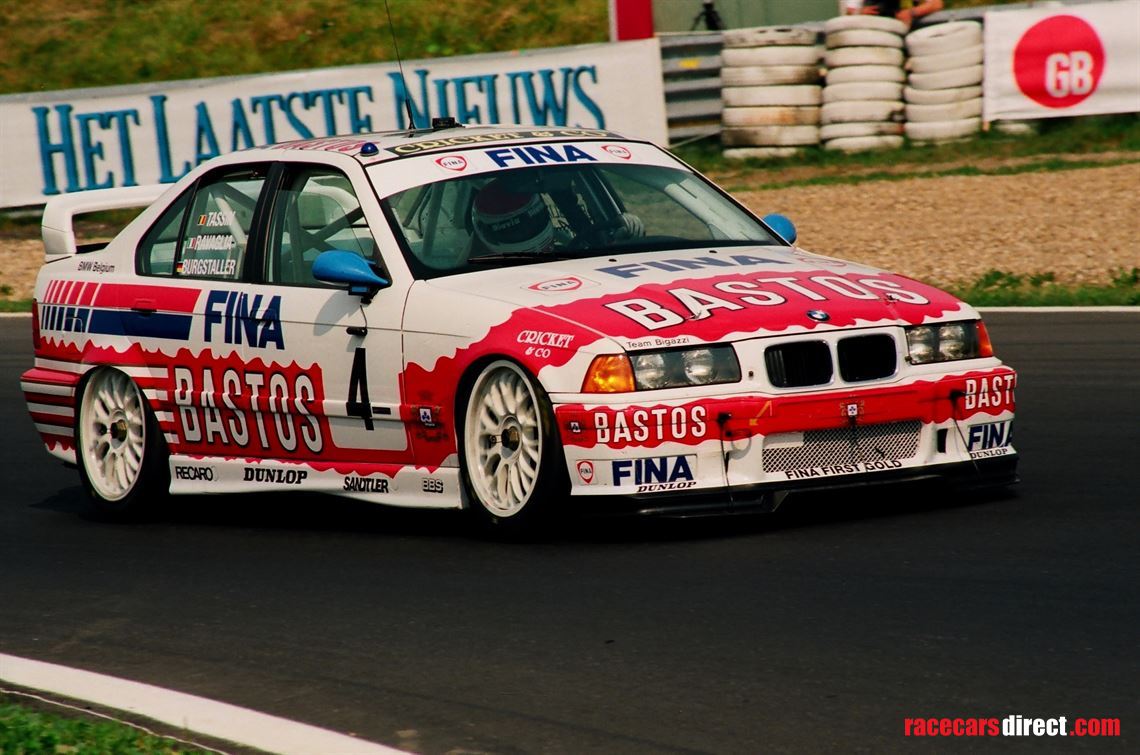 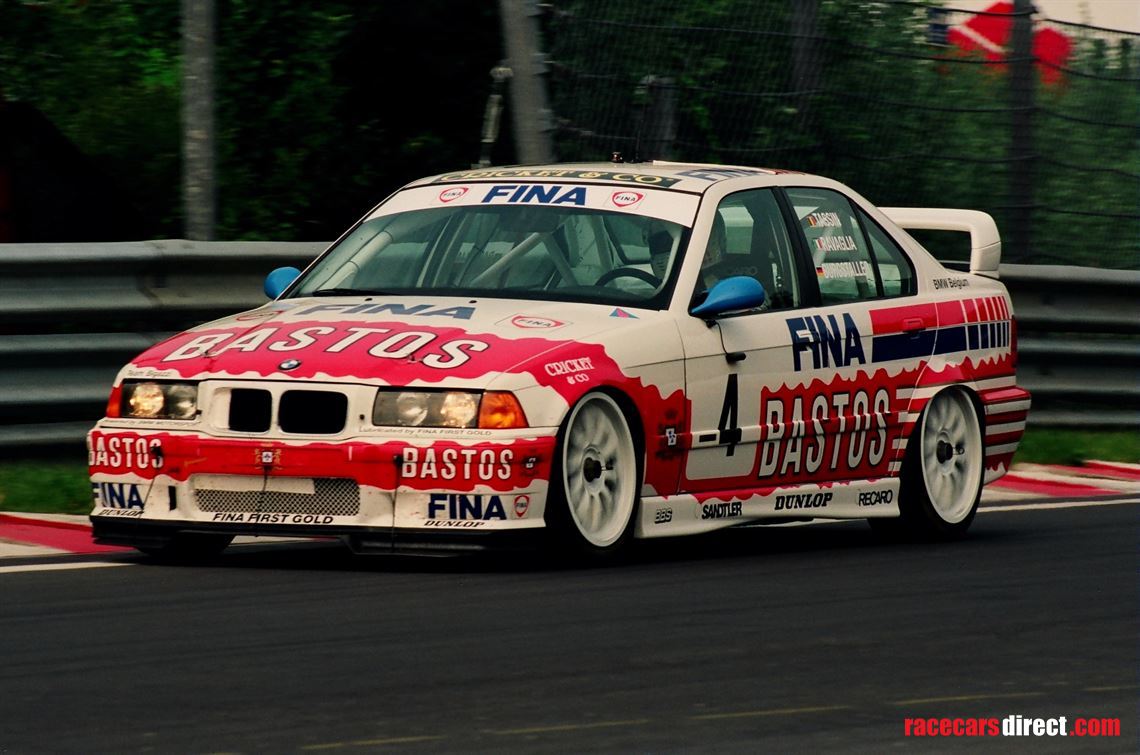 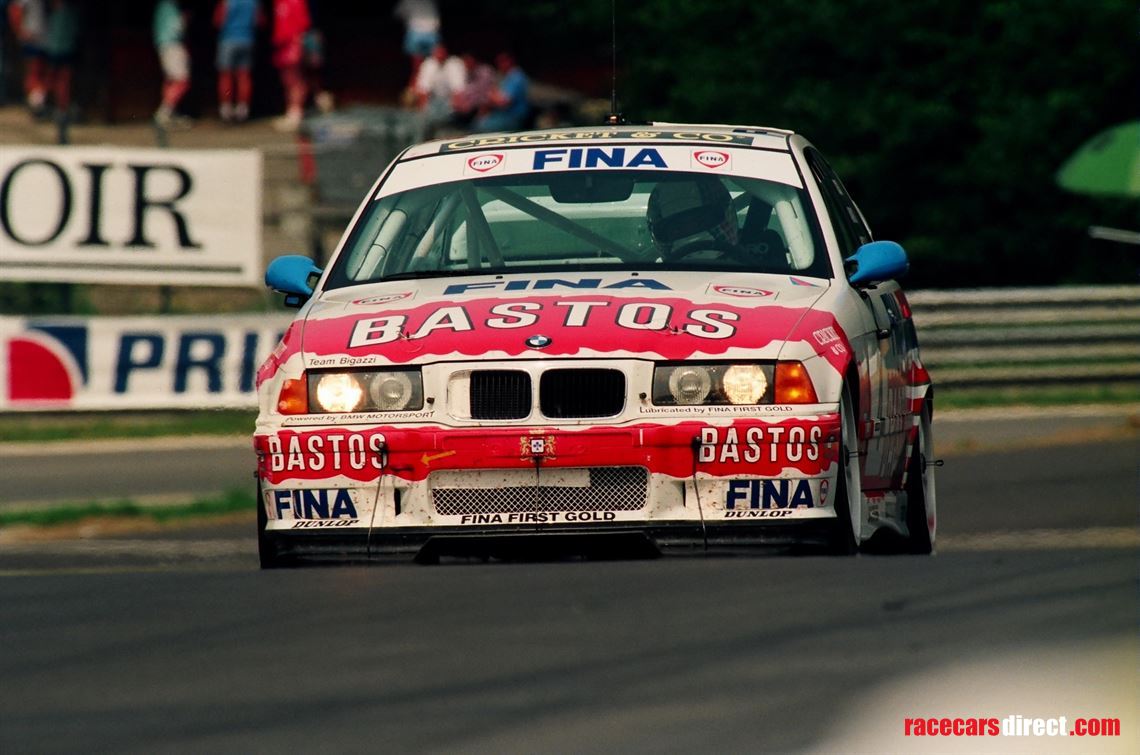 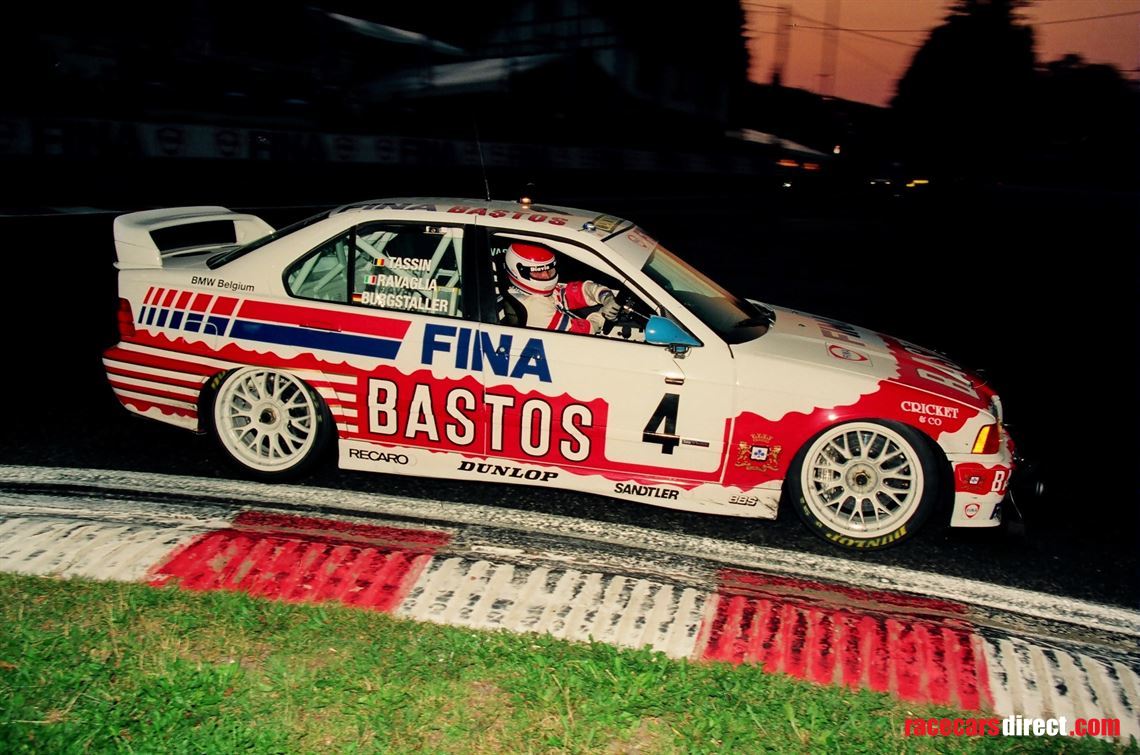 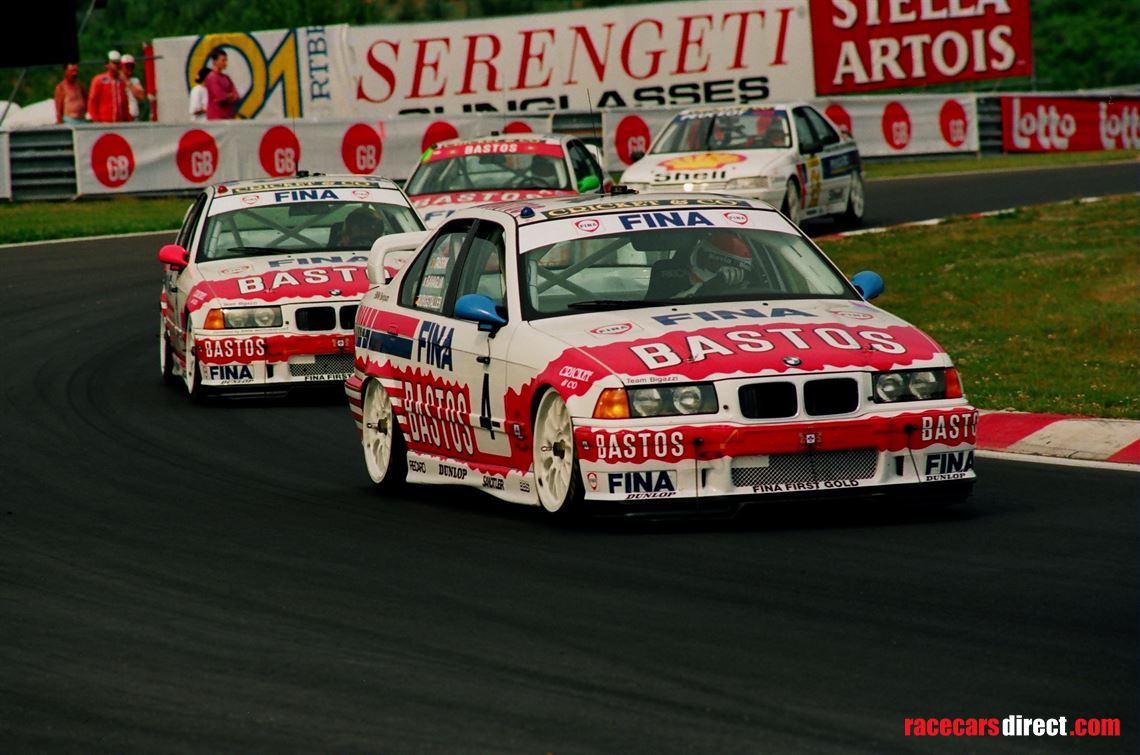 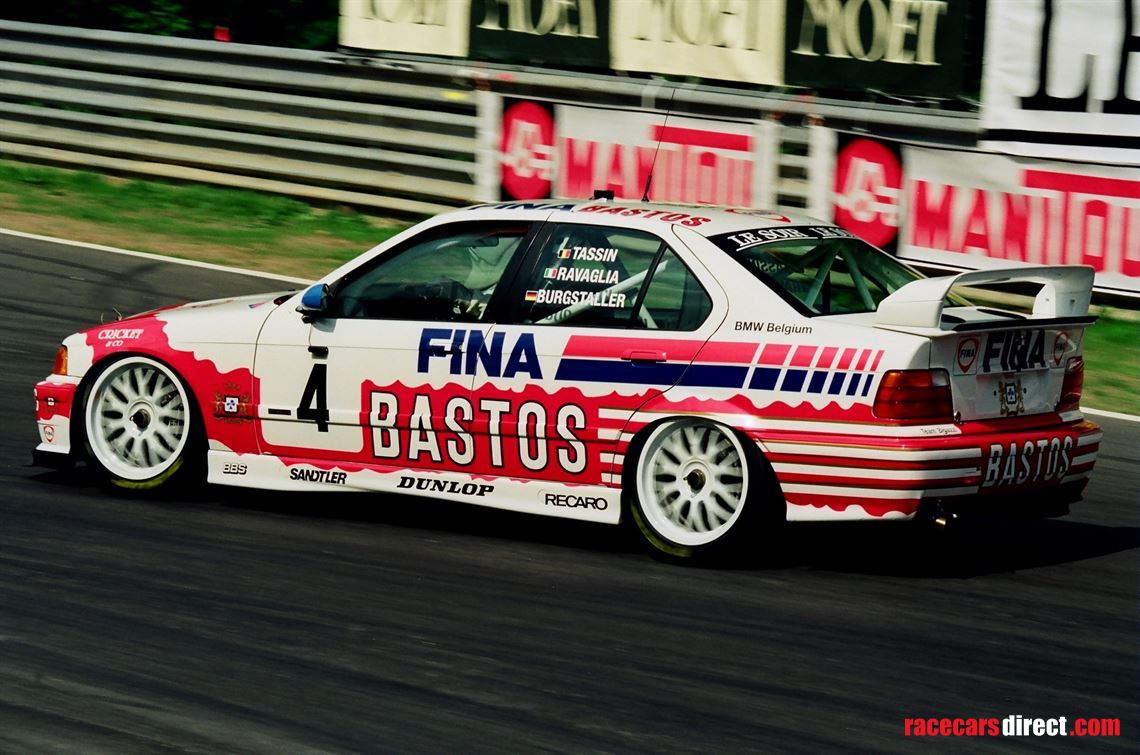 The highly desirable works 318 IS we offer is chassis CL2 0111 94. It was given to Bigazzi by BMW Motorsport and according to all the date labels on many components, it was built shortly before the 1994 Spa 24h. Bigazzi work’s BMW team entered it with the iconic Bastos /Fina deco scheme with number 4 and was driven by the great trio of Roberto Ravaglia - Thierry Tassin - Alexander Burgstaller. It should be noted it was then fitted with the beautiful « M3 GT » body kit, indeed back in 1994 the 318s benefited from a homologation extension to improve the aero. After qualifying second with an impressive time of 2.34min, it enjoyed an emphatic victory winning the race with a four lap margin. This would be the third victory at Spa for both Ravaglia and Tassin, whilst for Burgstaller it was his first.

After the race the glorious 318 went back to BMW Motorsport where it was acquired at the end of 1994 by Willy Maljean, a well known Belgian racer. Maljean had driven many BMWs since the 80s in Belcar and at Spa, developing over the years a close relationship with BMW Motorsport. Maljean entered the car in various supertourism championships from 1995 to 1999, including the Belcar series, and those in Spain and France. The Belgian managed to keep all of his BMW race cars until his death in 2016, maintaining them in perfect running condition. Apart from receiving the ’95 aero kit from the later 320 ST, the car has remained completely original and has never been structurally damaged. It is still fitted with all of its original components and is in perfect running order. The car comes with the original « M3 GT » body kit and 2 sets of wheels. In the car’s file there are plenty of pictures from Spa but even more interestingly, some from the arrival at Maljean’s garage « Jumet Motors » still under the Spa colors.

This is an amazing opportunity to acquire a major BMW race car from the 1990s in original and untouched condition.

Race winning Corvette C6 for sale. A pure power house of a race car.. Build of a real ZR1