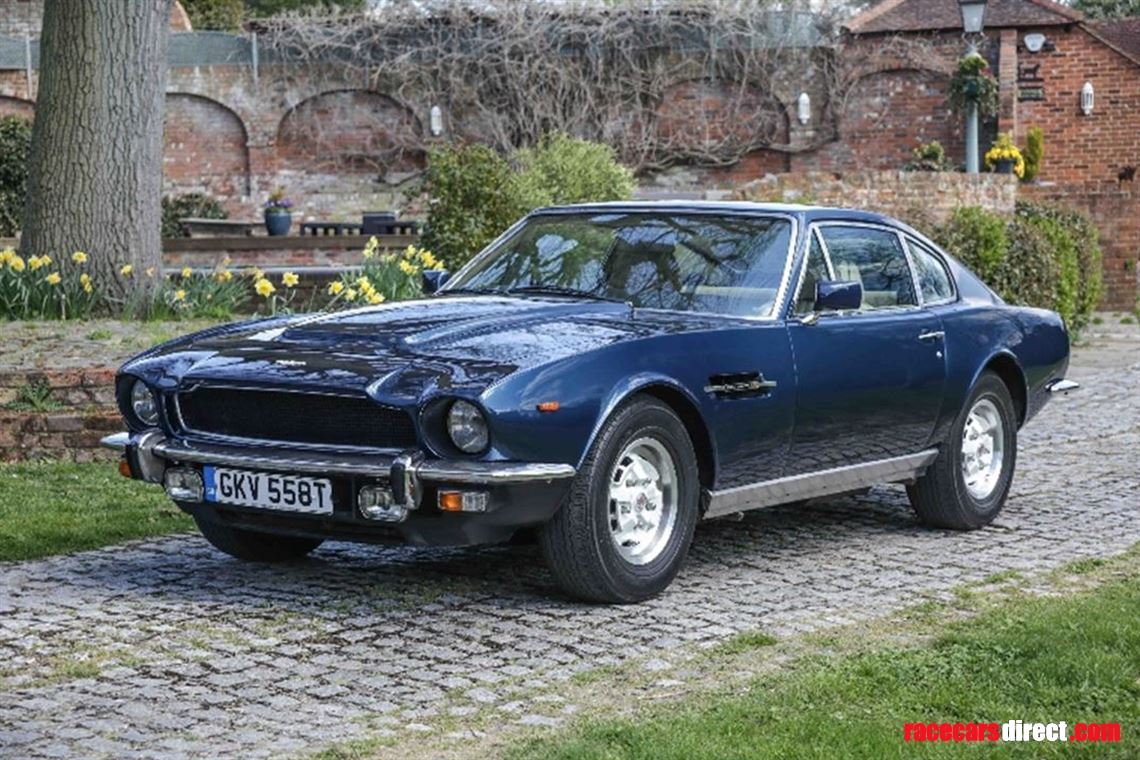 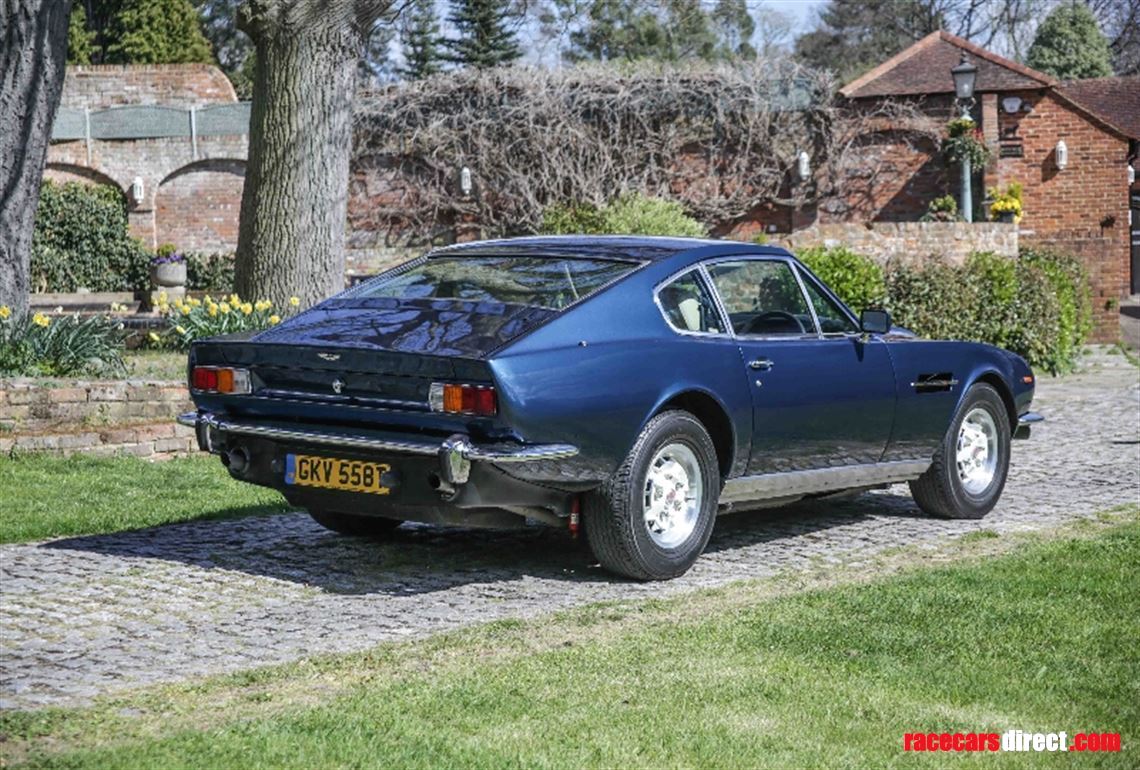 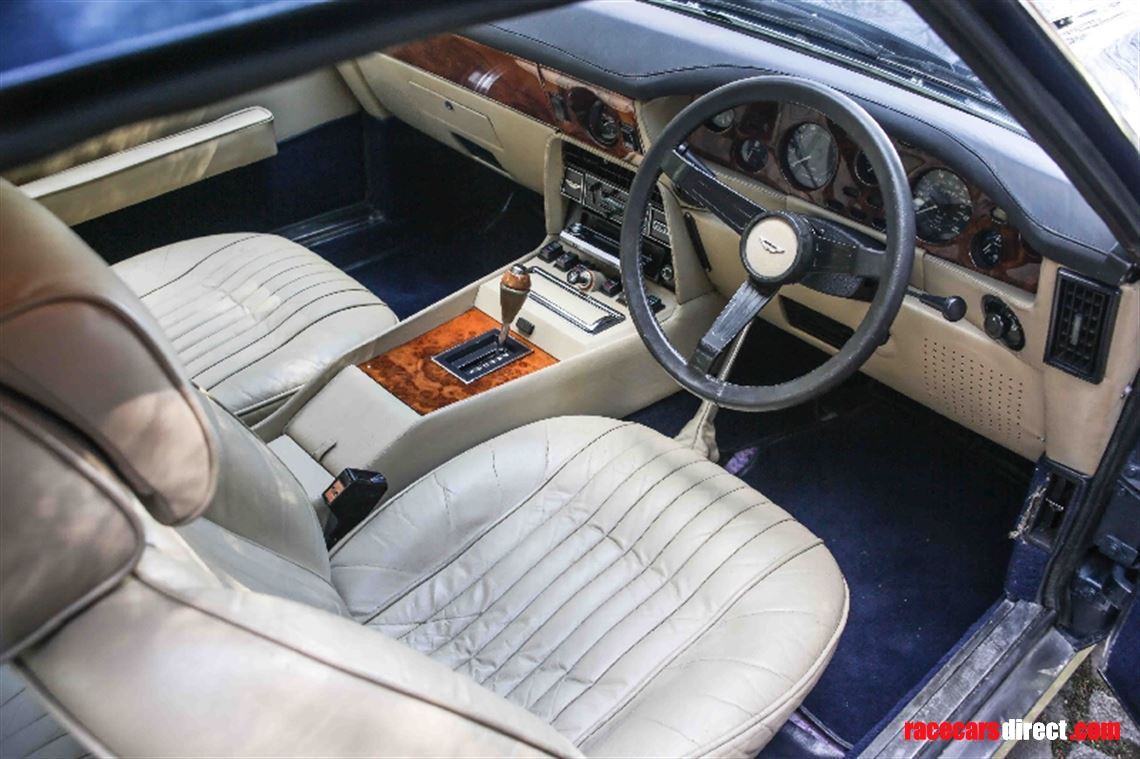 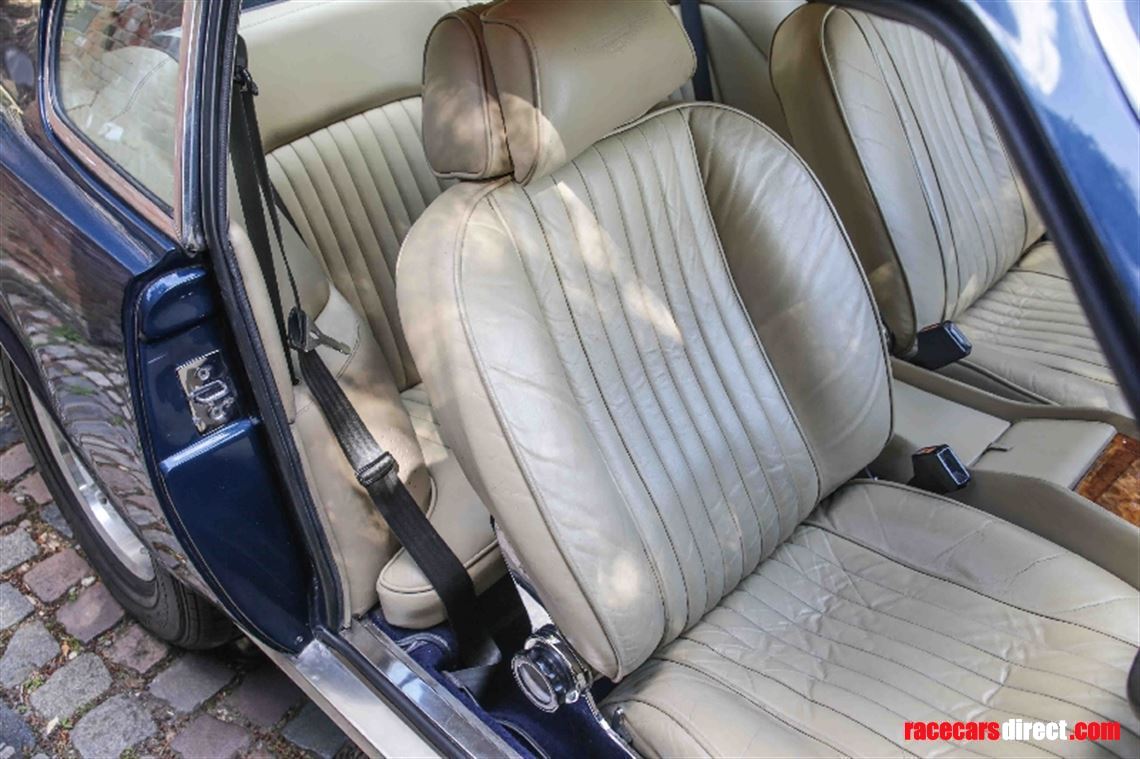 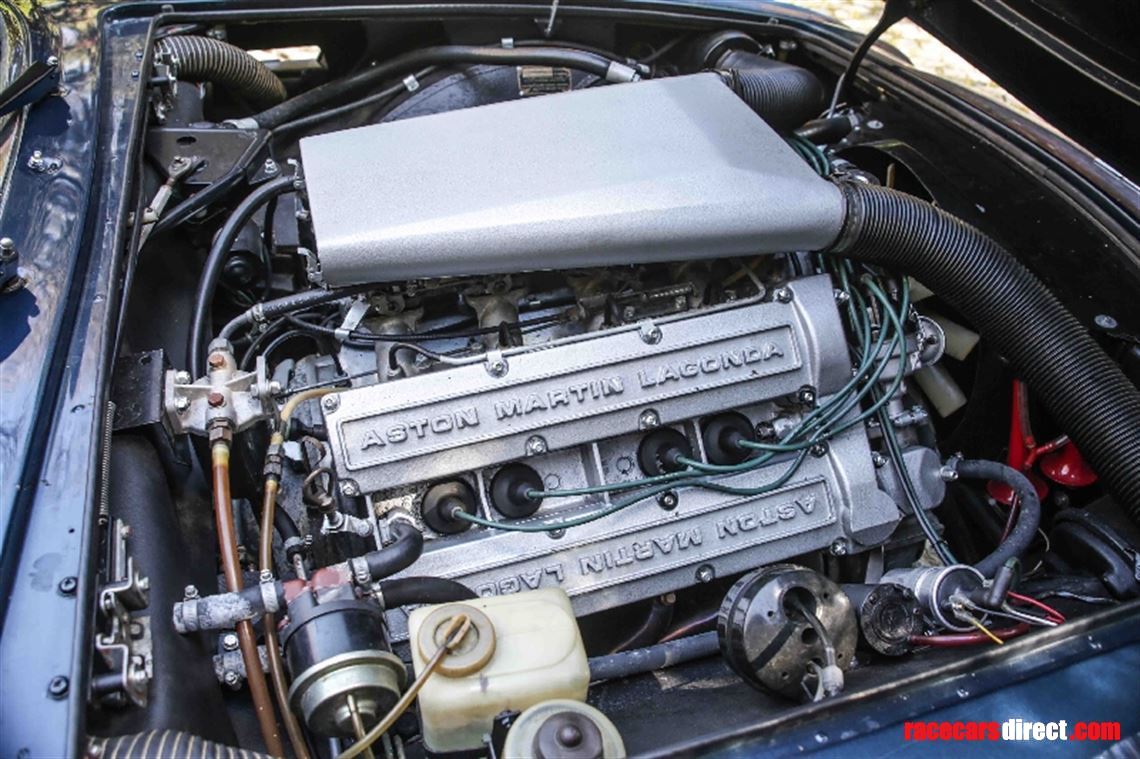 The Aston Martin AM V8 Oscar India was introduced in October 1978 and this car was built in the first month of production making it a very early example. It was derived and extensively modified from the earlier DBS V8 with power coming from the Tadek Marek all alloy designed V8 that made its first appearance at the Racing Car Show in 1967 and was used by Lola as the power plant for their Type 70 MkIII GT. Also known as the series IV, its revised specification includes an integral rear spoiler or "Flip Tail", Carburettor bonnet bulge and a more sumptuous interior with extensive use of Burr Walnut and additional leather. This particular well-loved example has not been  kept stored away but has been enthusiastically used for continental tours on which it has proved to be a highly rewarding drive. In 2008, and only 8,000 miles ago it was the subject of a complete engine and suspension overhaul by Aston Heritage dealers "Aston Engineering" whose Aston skills are second to none. The results of this work become immediately apparent on driving the car as it pulls very smoothly even when cold and the additional 300cc achieved from the fitting of new liners and oversized Cosworth pistons is quite noticeable. In 2010 the car was fitted with new sills and we have examined jacking points and out riggers and all are in very good order. Within the last three years the paint has been completely stripped form the exterior and repainted in Aegean Blue to a beautiful high gloss finish and the walnut dashboard and door cappings have been expertly re-veneered. Careful attention has been paid to the engine bay which has been totally stripped of all ancillary's and refinished in a fine stone chip and all of the engine exterior components have been restored. So here we have an extremely well maintained and mechanically sound Oscar India with one of the most methodically kept service histories we have seen. The two final pictures were taken when the car was on display at the RAC club in Pall Mall. We consider that the value of these is likely to remain constant for the foreseeable future but will to prove to be an excellent long term investment. Please enquire for further details. £129,950.

An iron fist in a velvet glove’ Restored, manual, UK-delivered and numbers-matching

This 1971 Aston Martin DBS V8 is in truly outstanding condition