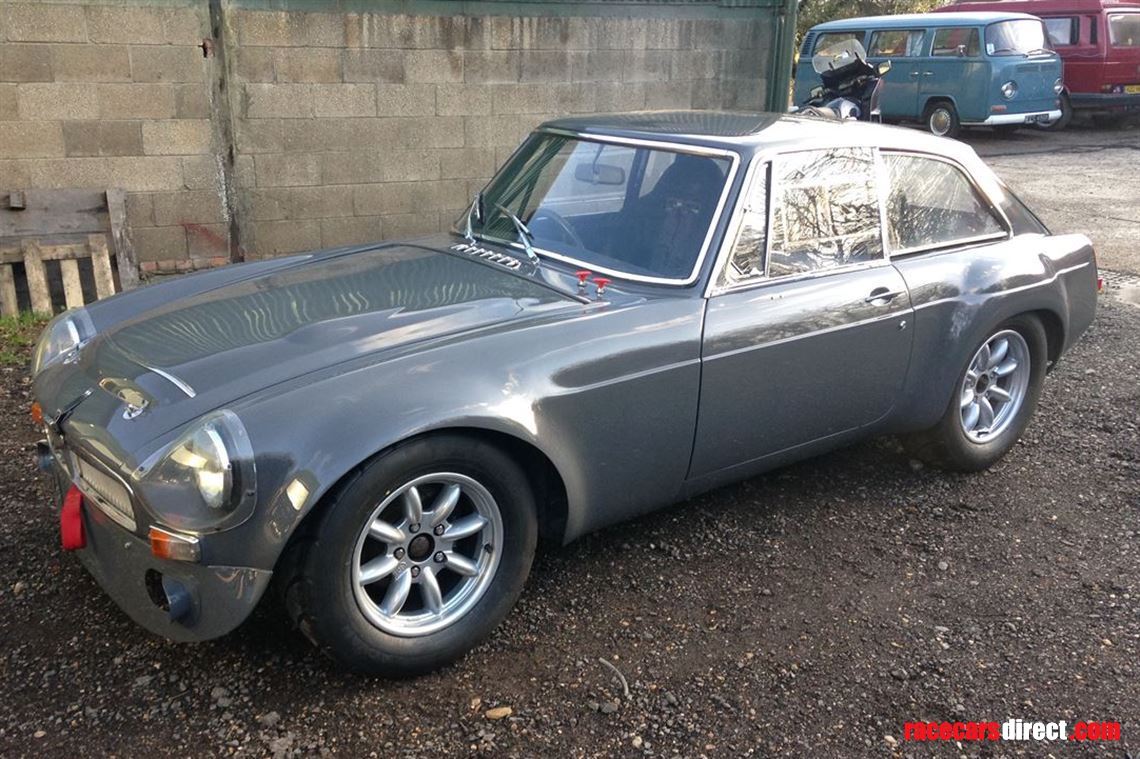 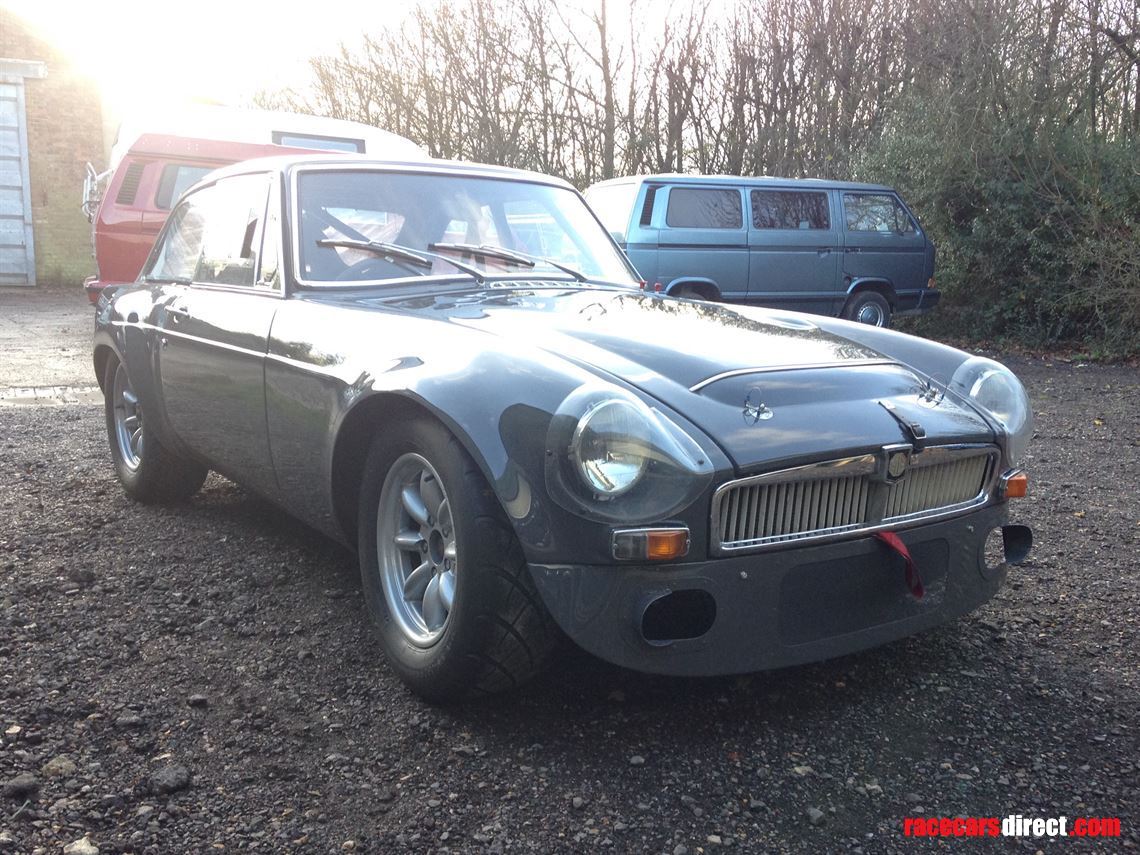 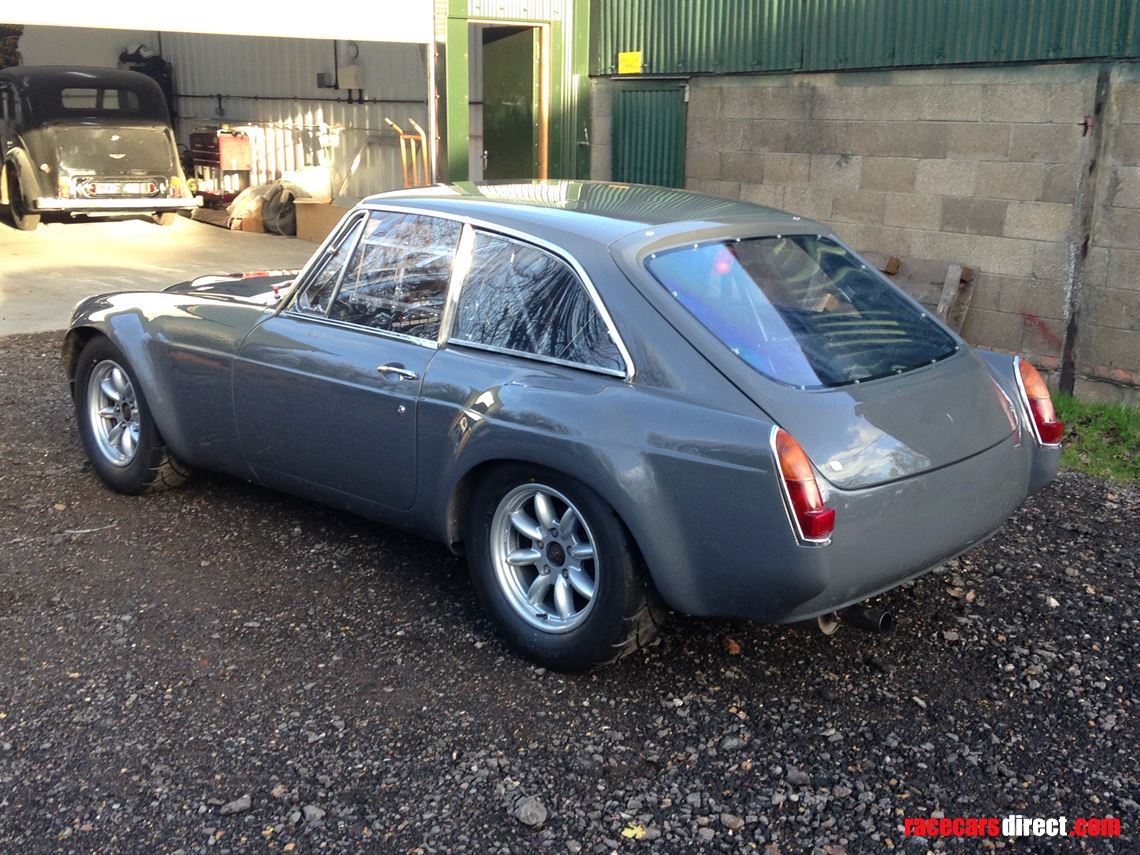 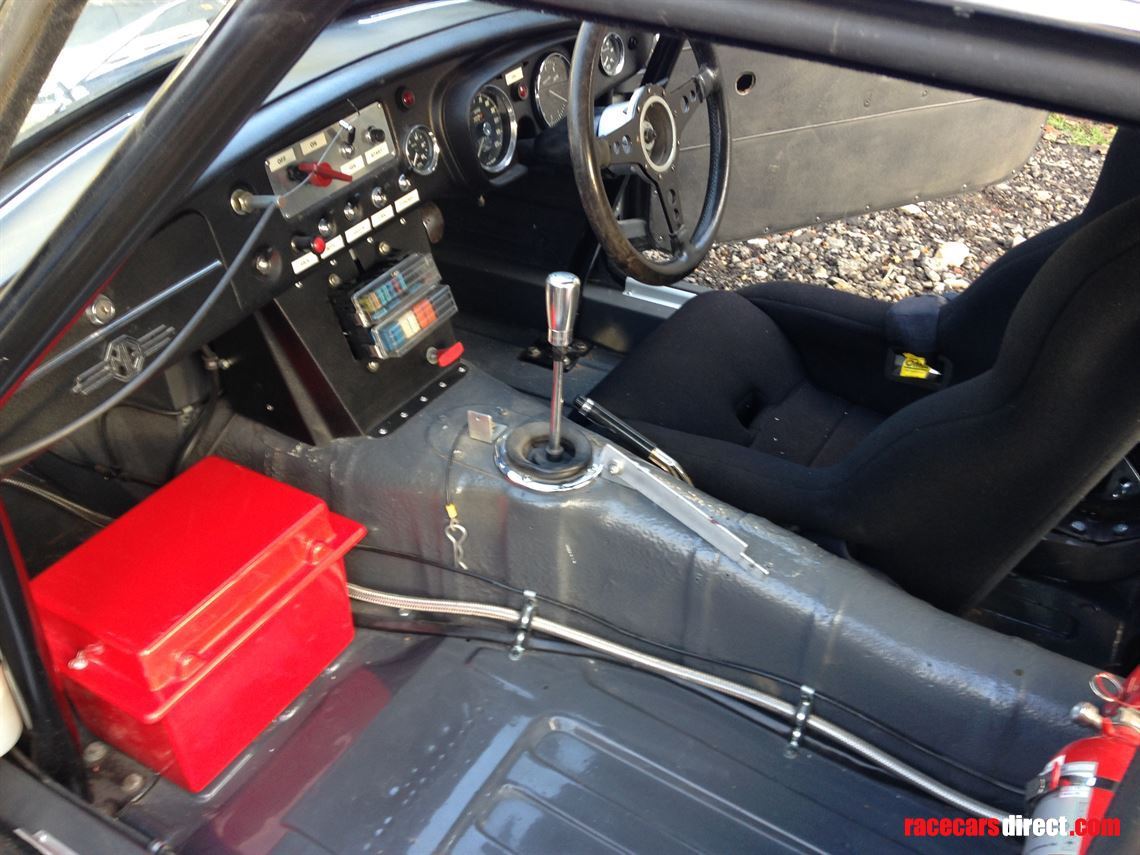 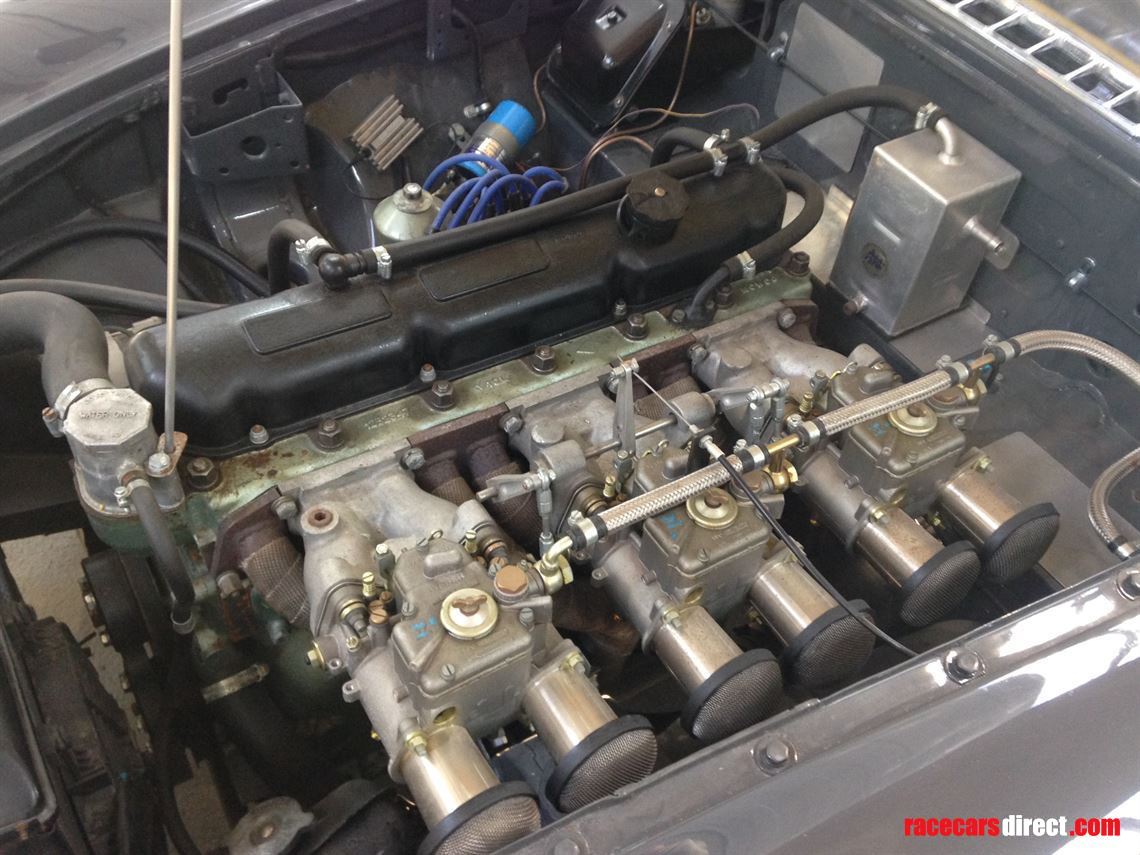 Originally converted from a road car in 1982. The car, then in much more ‘standard’ spec, was well known in MGCC circles having raced with several owners continuously from ’86 to 2002 and then used sparingly on the road and for track days until it was purchased by the current owner ten years ago.

The car was then completely stripped to a bare shell and rebuilt over the next 3 years in it's orignal shade of Grampian Grey but now with Sebring bodywork as a 'sister car' to the well known MGC Sebring replica race car of Mike McBride. A photographic record of the restoration will accompany the car.

Currently in 'fast road' configuration (the car is road registered and displays it's original reg number UYD 96G and is tax and MOT exempt) it has the steel tailgate and wind up glass windows fitted but the lightweight tailgate and polycarbonate windows come with the car. Having never been raced since it's rebuild, this 'box fresh' car is eligable for several race series such as the CSCC Swinging Sixties or the MGCC BCV8 series or for fast road and track day use. It will come serviced, set up and ready to go, we'd be delighted to discuss preparing and running the car for the new owner.

The rebuilt engine runs triple Webers a big valve head, steel crank, a bespoke alloy sump and JE forged pistons and has been set up on a dyno and had one outing to shake down. The suspension has been rose jointed and incorporates adjustable front dampers (height adjustment is via the torsion beams) while the original rear suspension has been replaced with a Frontline five link set up incorporating coil over units that are adjustable for both ride height and damping, the original rear suspension components will accompany the car and can swapped back easily should series regulations require. The wiring was replaced with a bespoke loom which also moved all the fuses and relays onto a readily accessible panel in the car.

The rear axle incorporates a Quiafe LSD unit. An uprated 4 speed gear box is fitted with straight cut gear set. Sitting on a set of brand new Compomotive ML wheels shod with 225/60/15 Yokohama 032 tyres a pair of spare wheels come with the car also. The foam filled alloy fuel tank is accessed via a panel in the boot area and holds sufficient fuel for over an hour’s running at race pace, longer for road use.  All the belts, extinguisher etc. will be tested and in date where required. A brand new Ridgard seat was fitted and is acceptable for all UK/MSA sanctioned events. For sale at below the build cost, these cars can only continue to appreciate.

A very well presented example of the consummate British GT