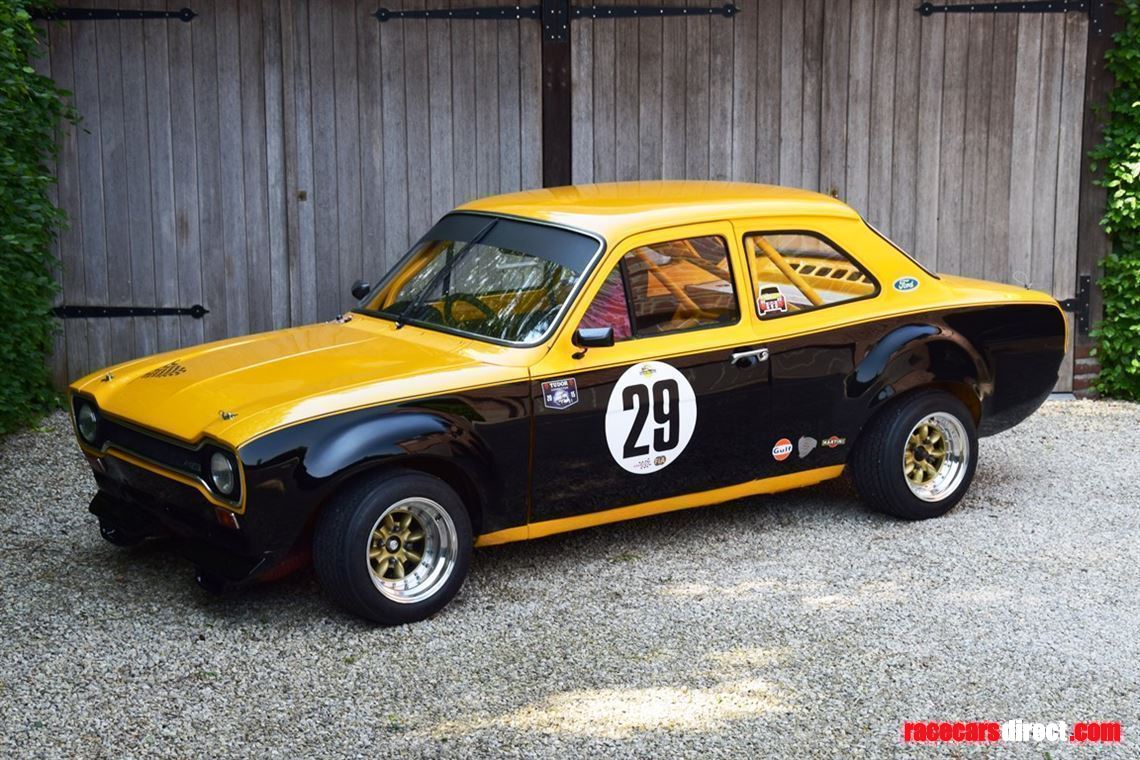 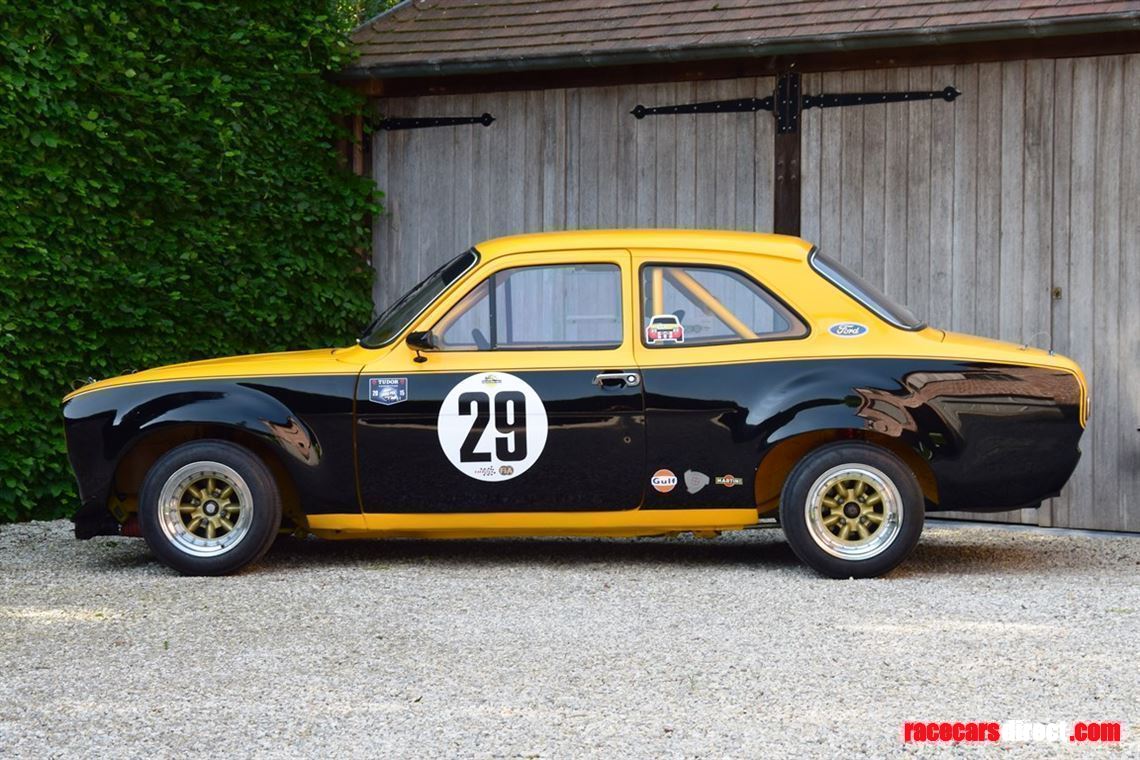 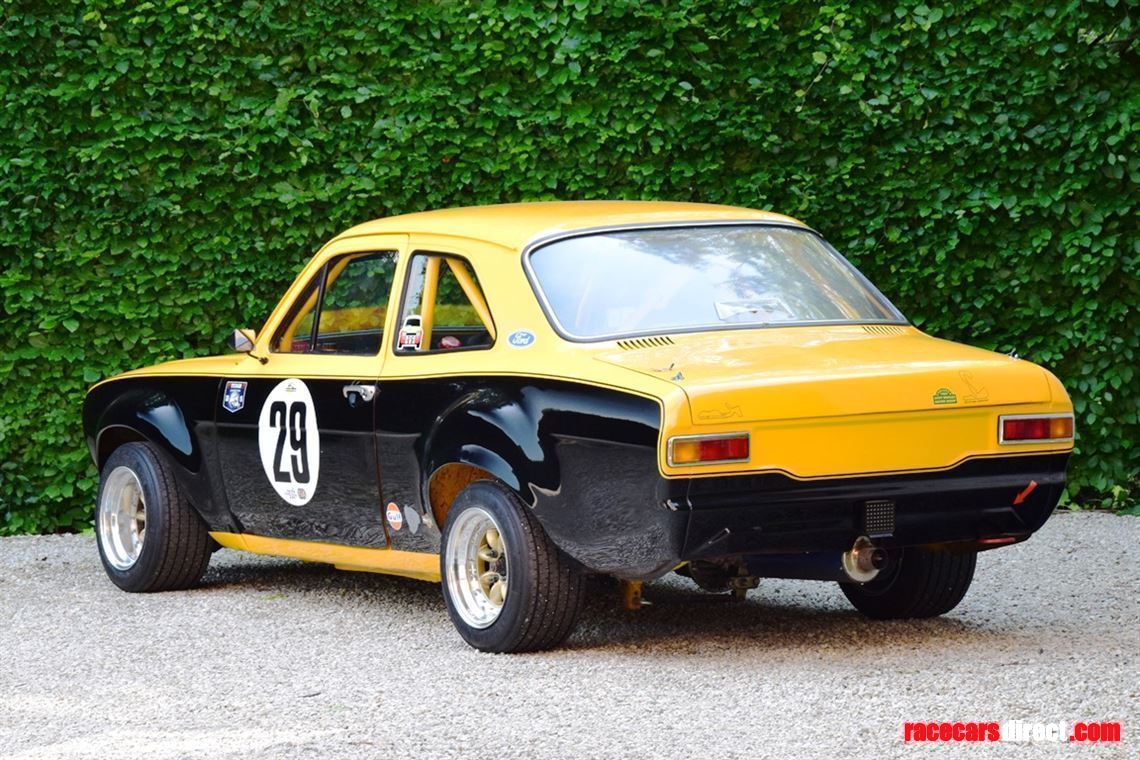 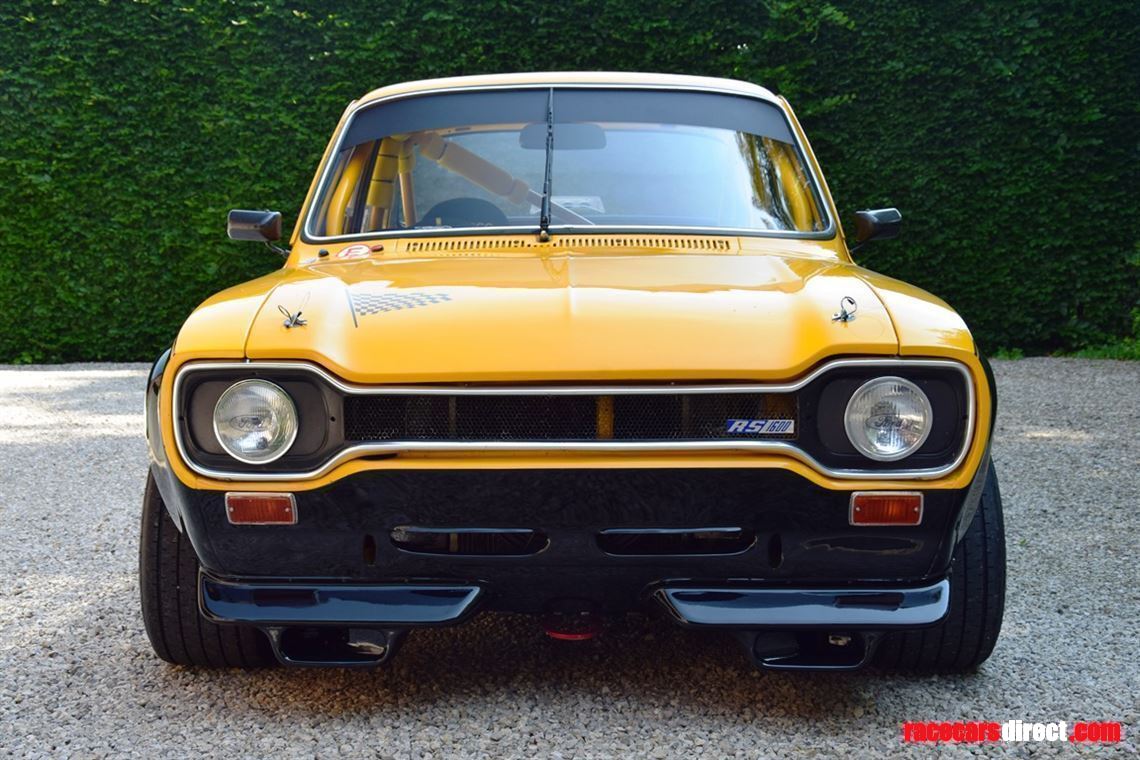 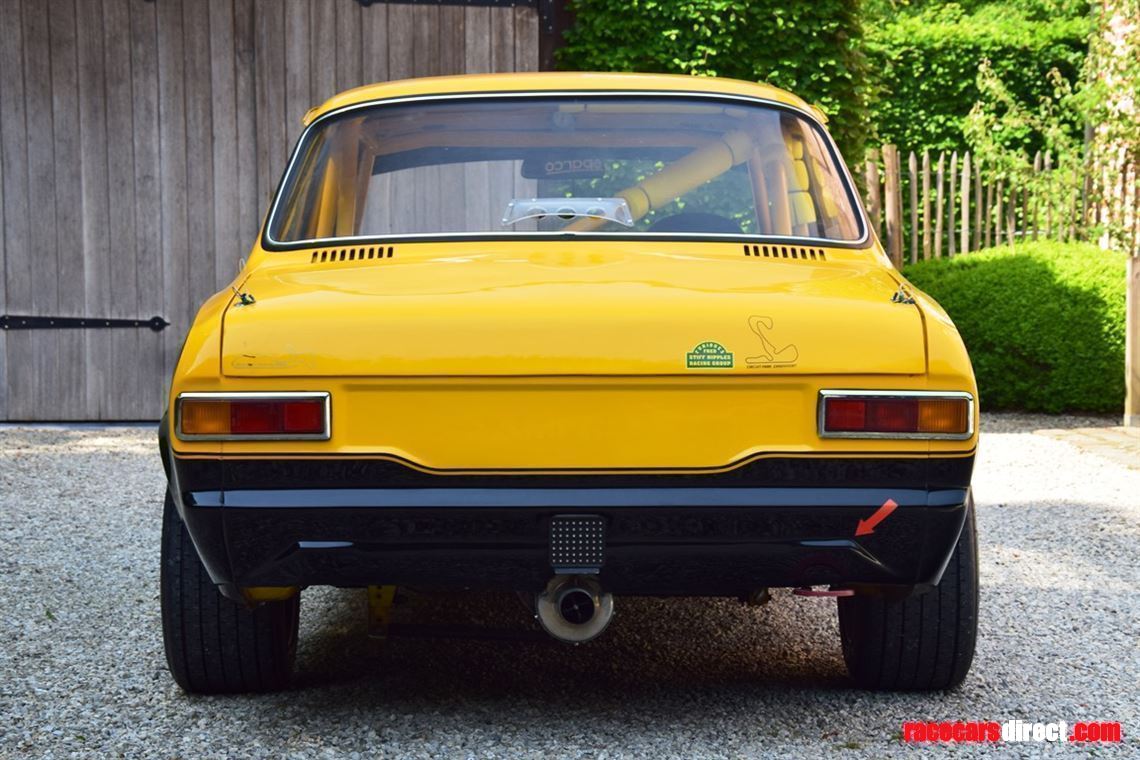 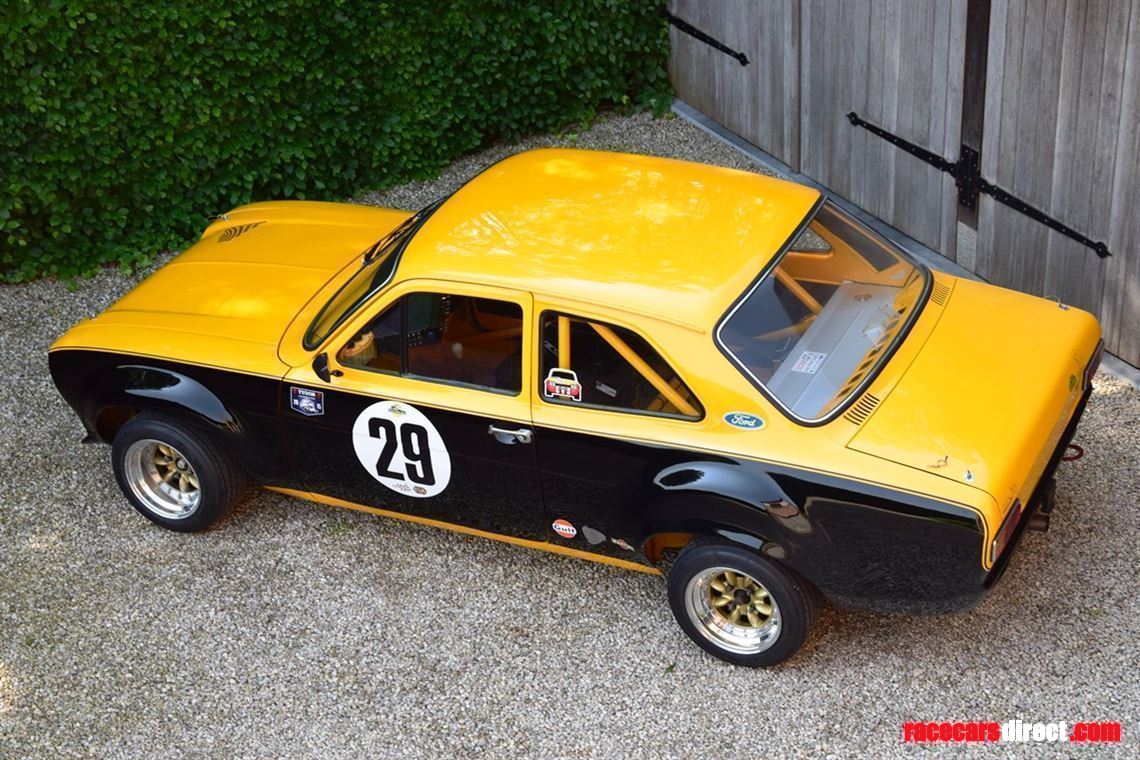 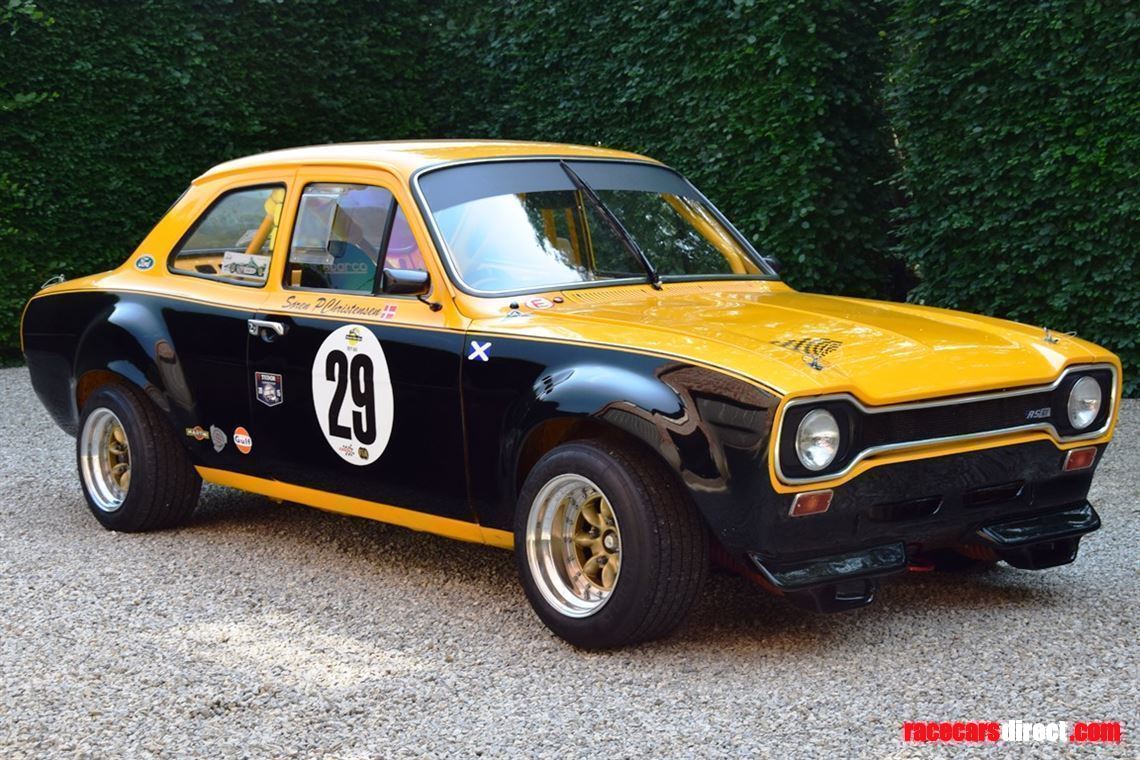 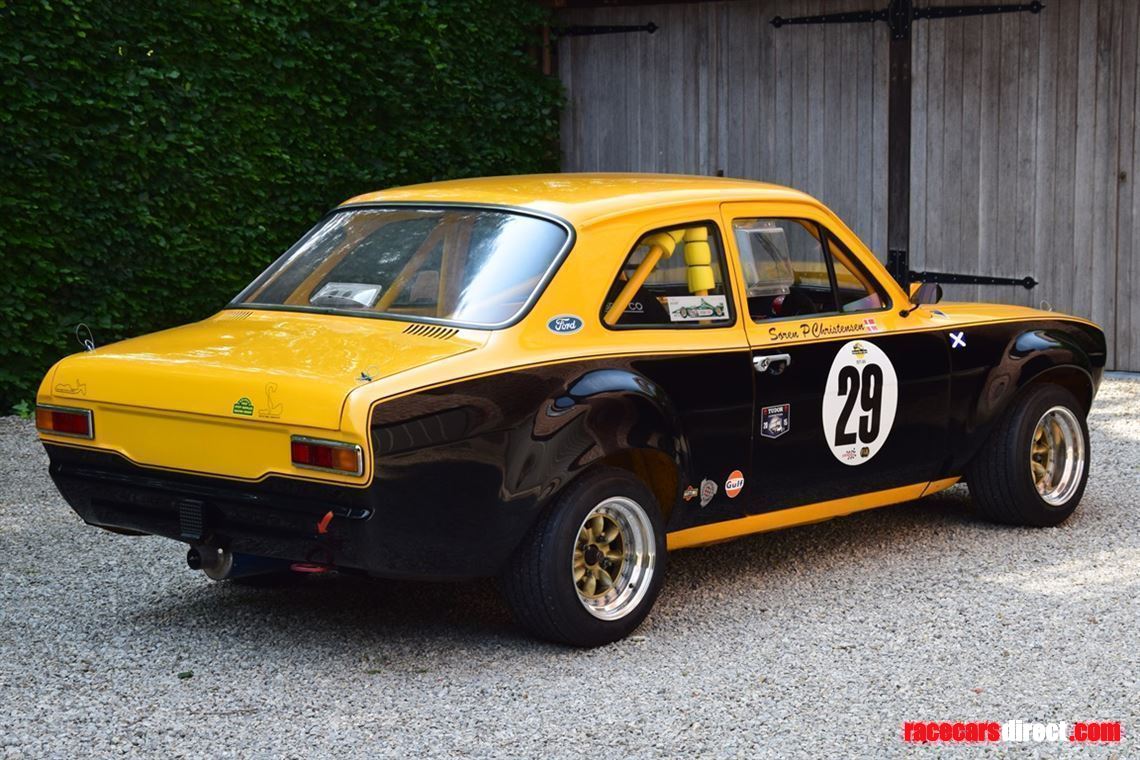 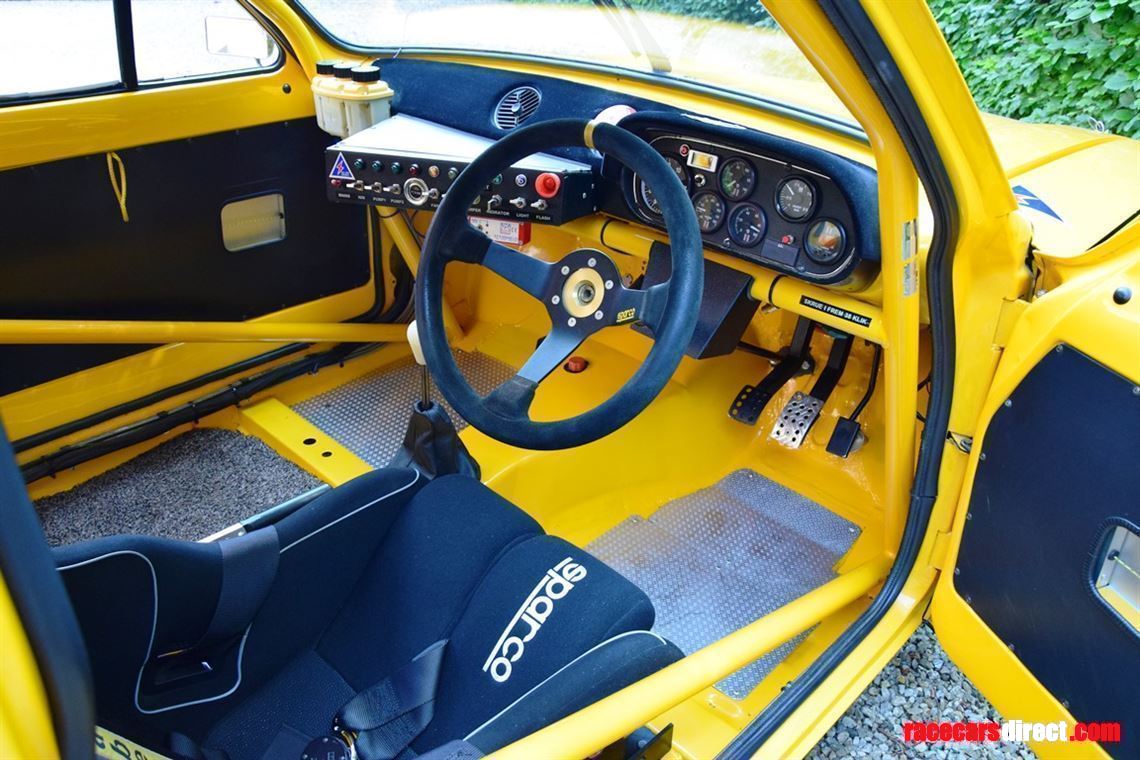 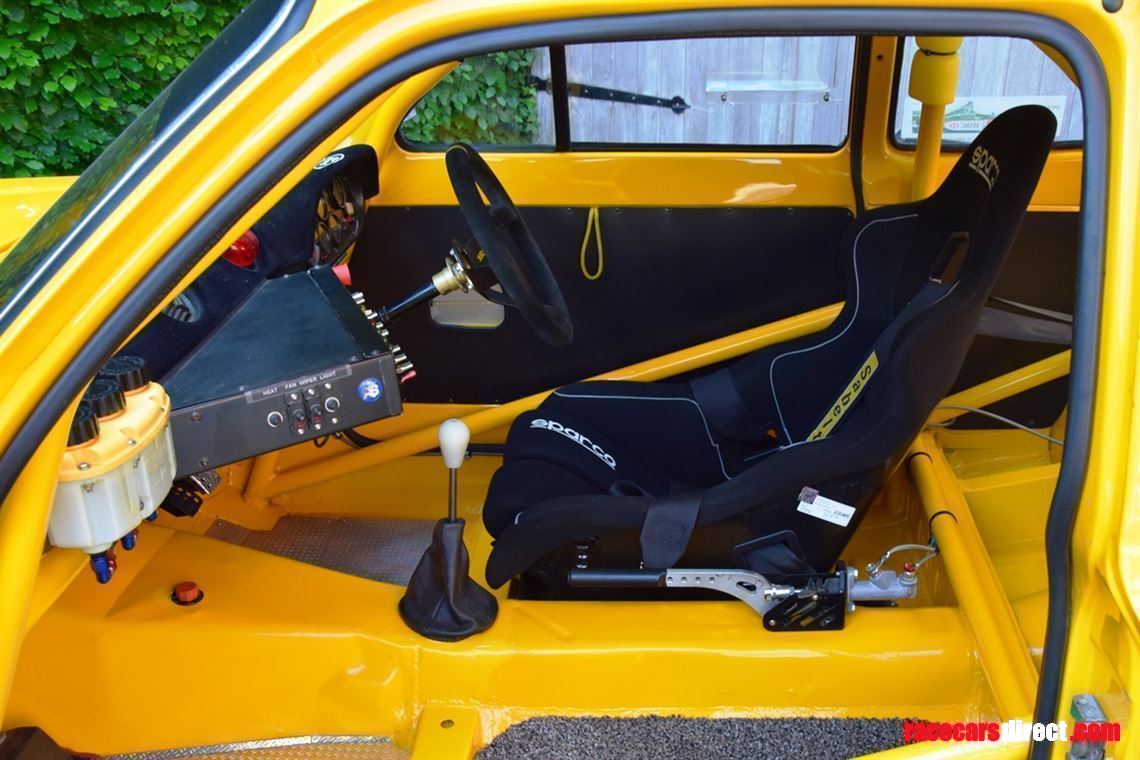 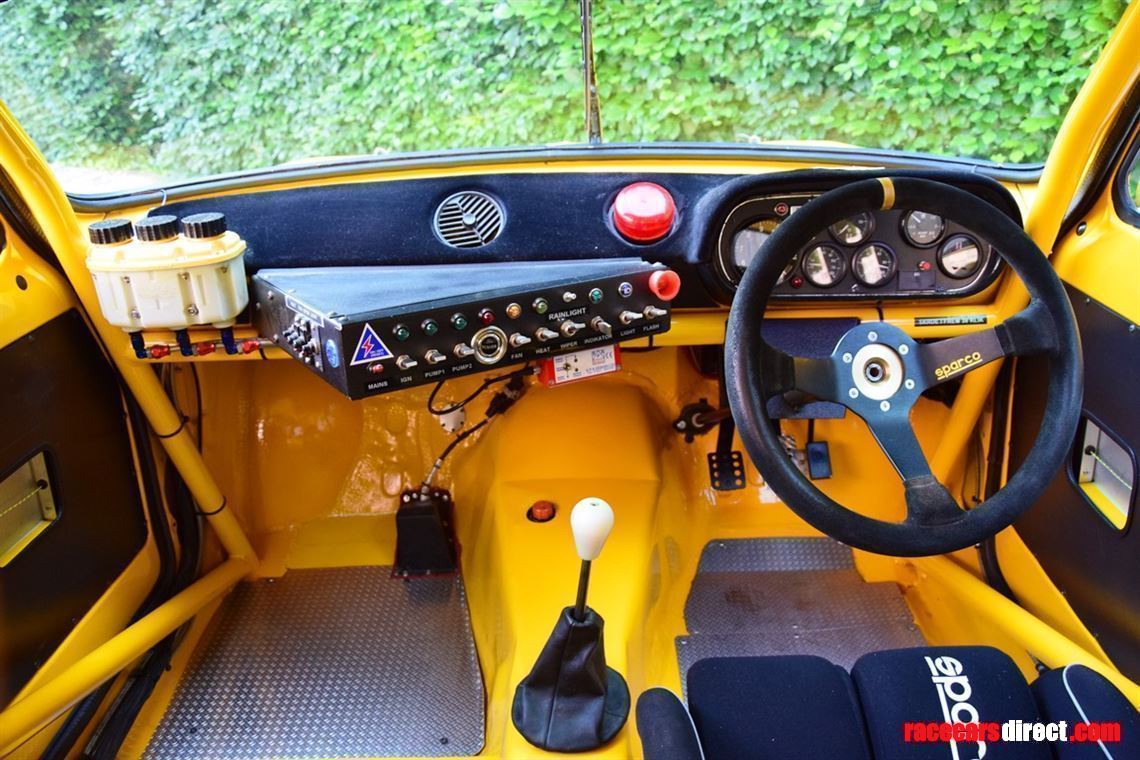 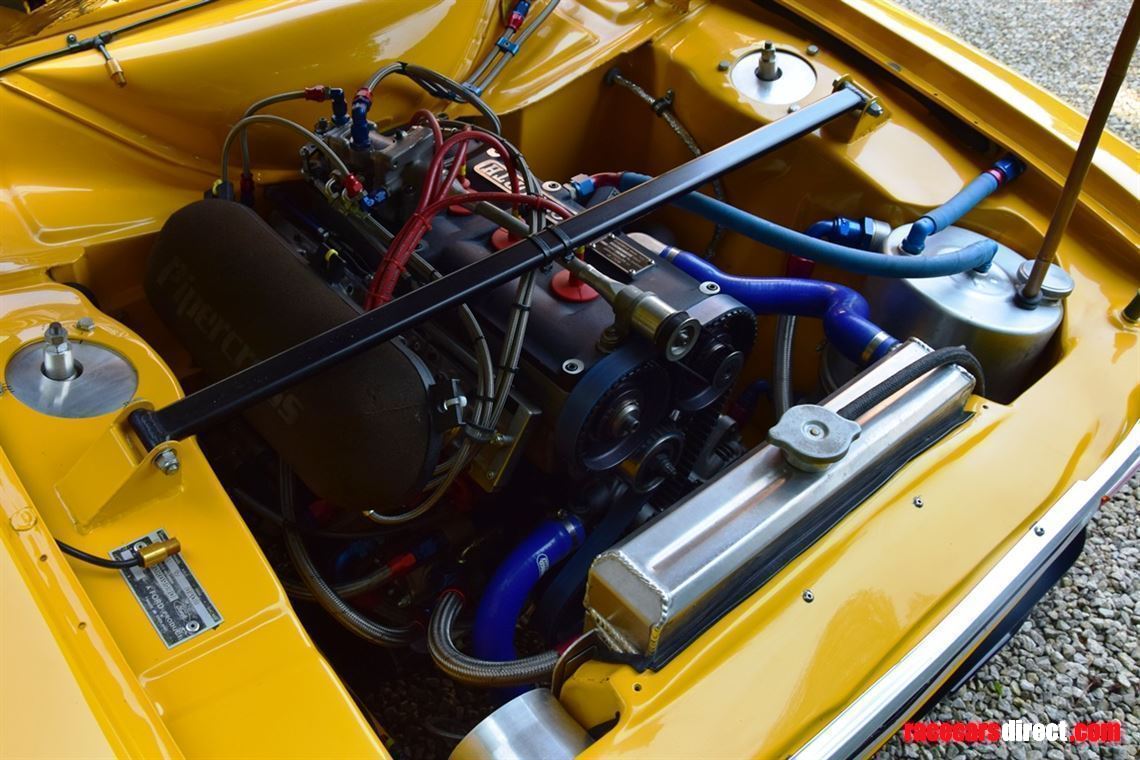 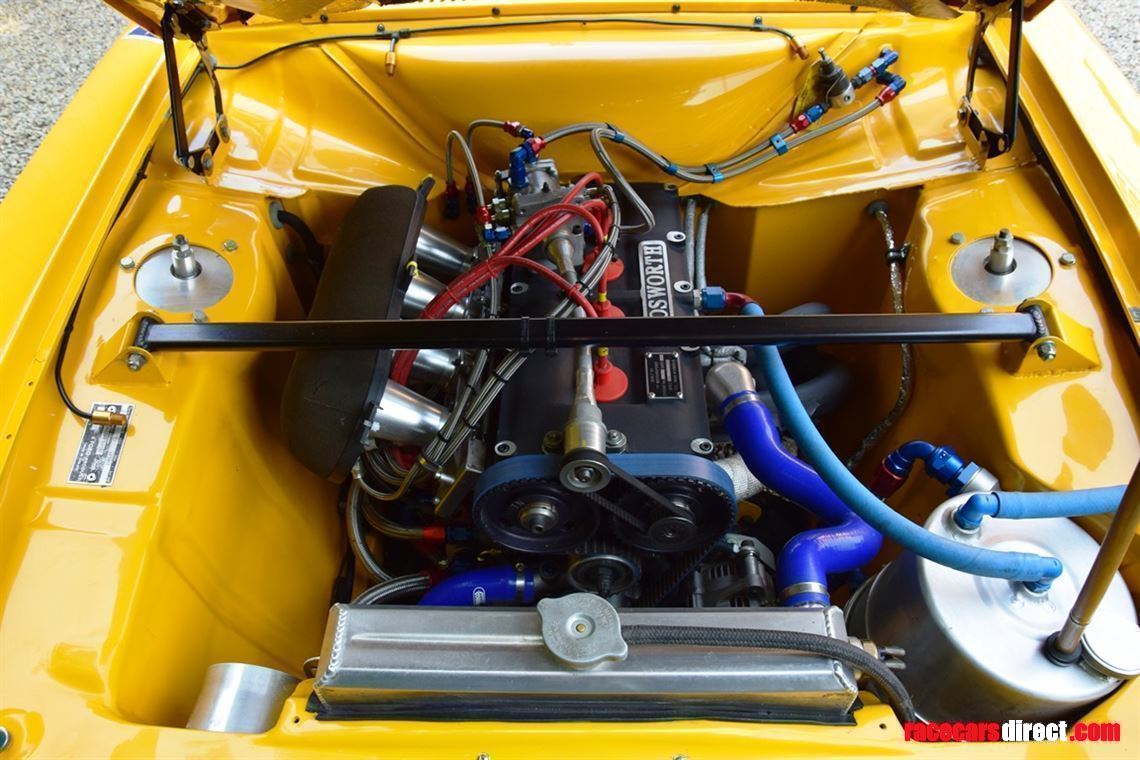 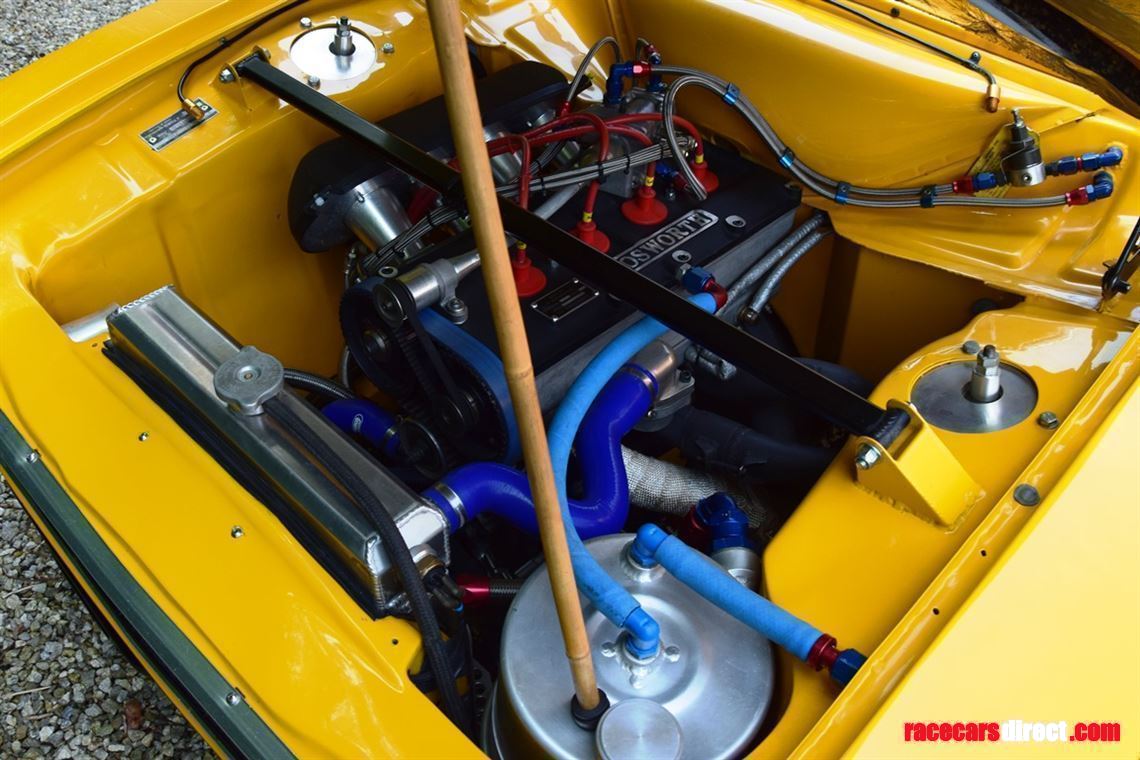 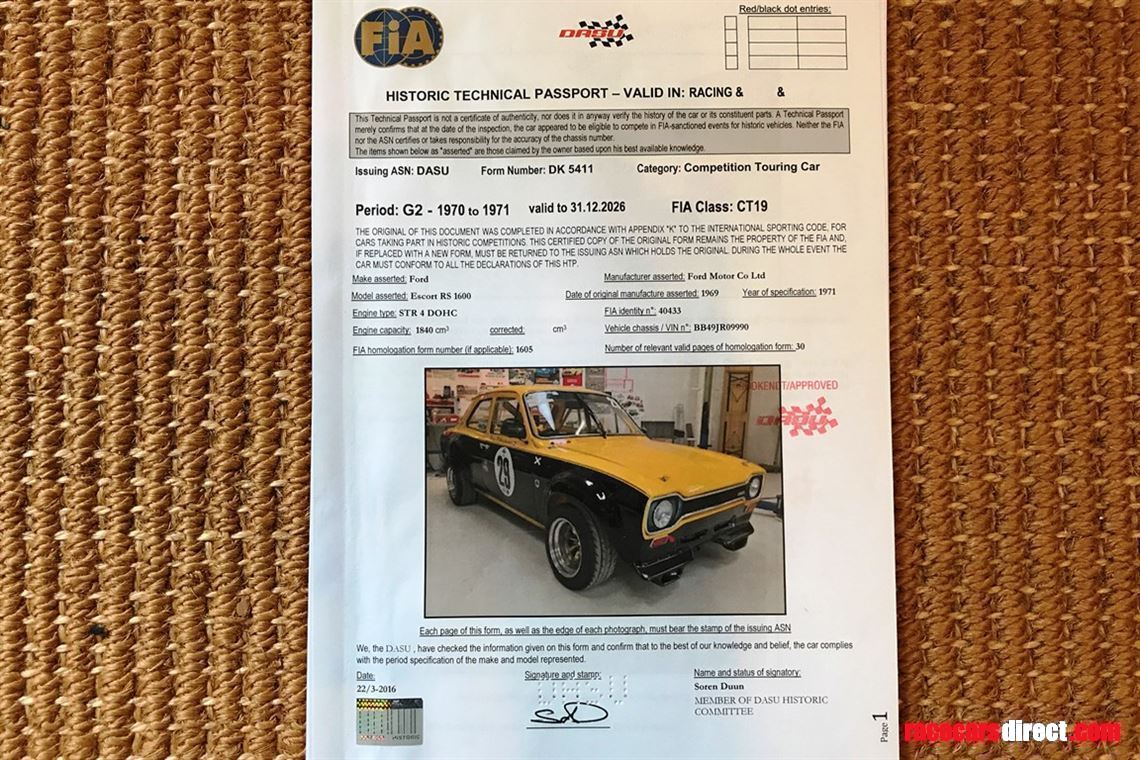 The Escort Mk1 RS1600 was one of the most succesful racecars ever made by Ford. The famous twin cam engine was used in many sportscars in the early seventies, and was a very competitive engine
in many classes.

This particular example has been a racecar from day one. It was delivered in 1969 to Mr. Hammerer in Austria as a proper Escort Twin Cam, and used for Bergrennen in Switzerland, Austria and the South of Germany. In 2002, the car was sold to Mr. van Gammeren in Holland, who upgraded the car to RS1600 specification by fitting a BDA engine with steel block and Lucas mechanical fuel injection. The car was homologated for historic racing in FIA class CT19 - Period 1970-1971, and still has this FIA HTP which is valid until 31.12.2026. The Escort is eligible for the Peter Auto Heritage Touring Cup and Masters 70s Celebrations, where it will race against Porsche 911 2.4, Datsun 240Z and BMW 2002. As this Escort is so well prepared, it is probably a class winner in the right hands as well. The BDA engine has only done 7 race hours since a full rebuild by TP Motorsport in May 2016. A dyno shows that the engine produces 251 bhp @ 8700 rpm, which is quite impressive for a 1600 ccm Twin Cam. The finish of this racecar is from the highest level, and the attention to detail is just perfect, as you can see in the pictures. It was completely restored in 2012, including new engine, new gearbox, new suspension and new rear axle. Everything still looks like it's brand new, and the performance of this Ford is just astonishing. The car comes with a set of spare wheels and tyres, and is ready for immediate use (and wins).

Building an Escort Mk1 to this specification will probably cost 50% more then the asking price, and this example has a proven reliability and is finished like you have never seen before. If winning is your thing, then this is the car you need. An inspection and testdrive will only confirm this.

Make a statement and be the envy of the paddock, the impressive American Coach Revolution is the one

New and used equipment for sale