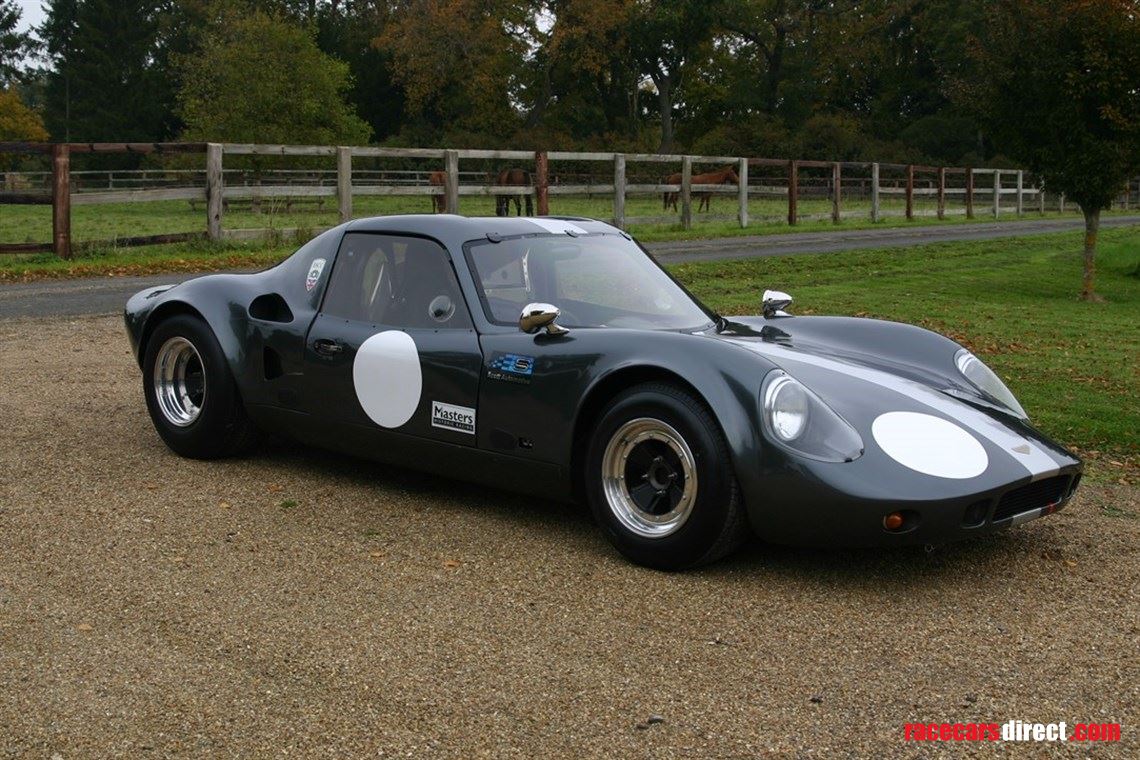 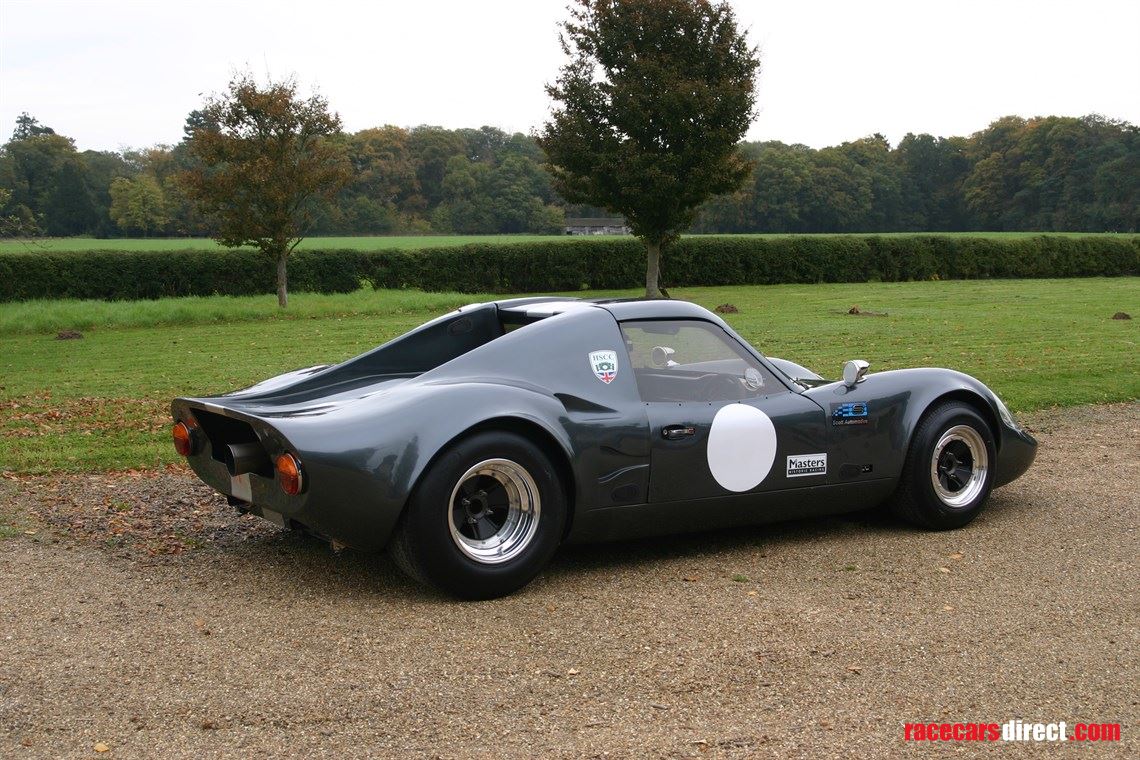 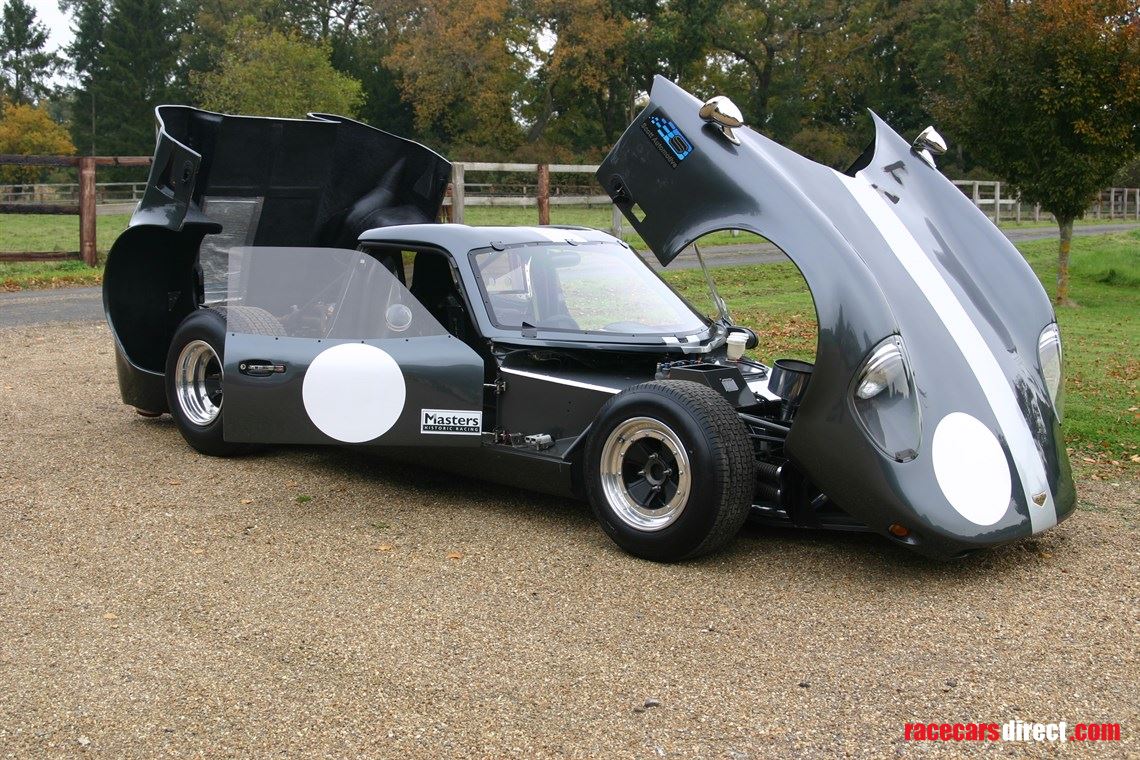 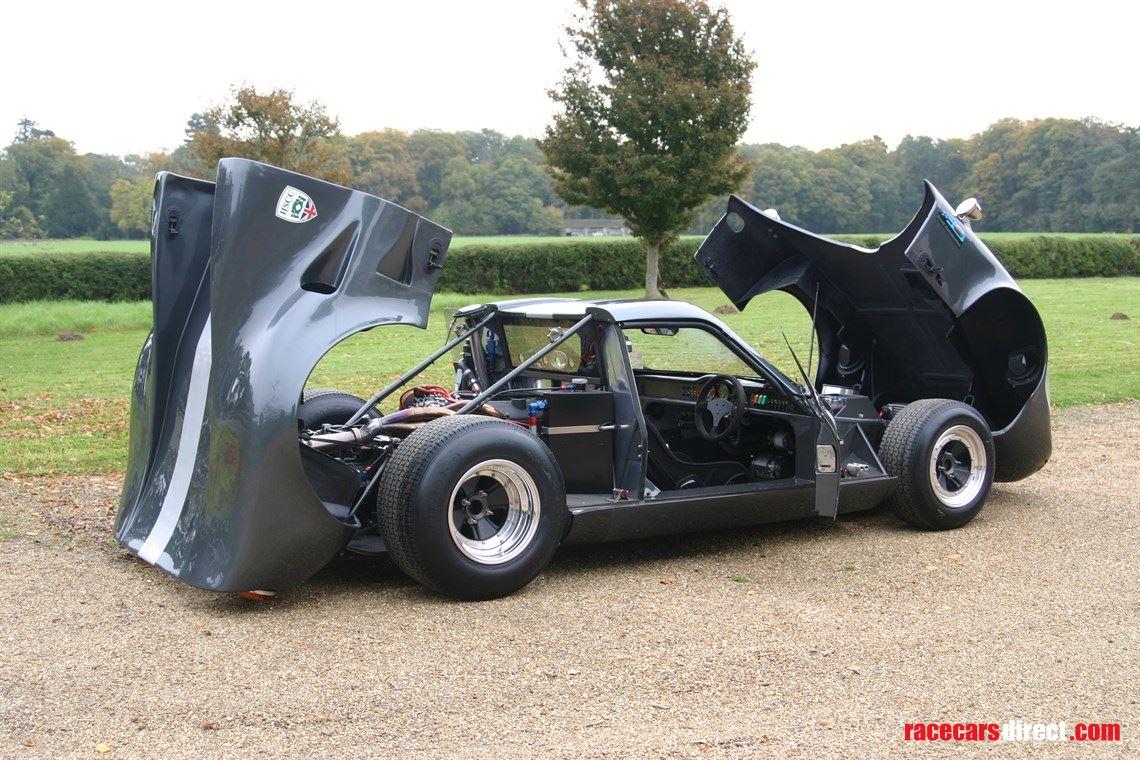 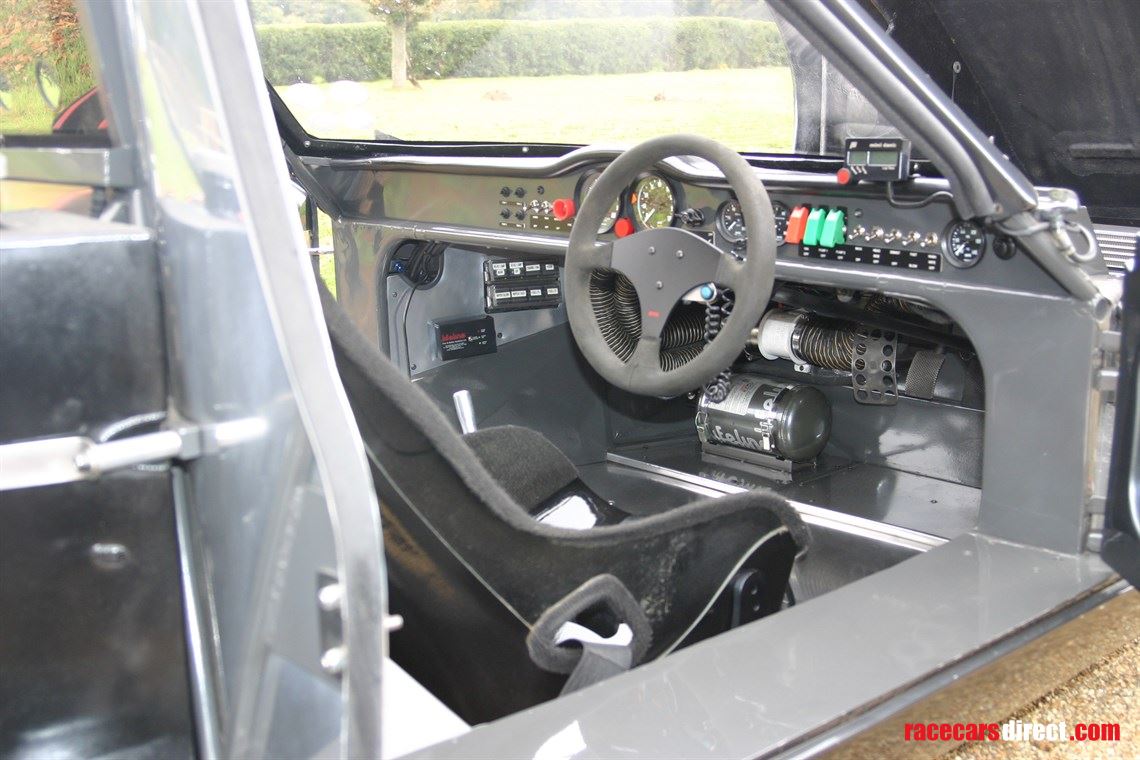 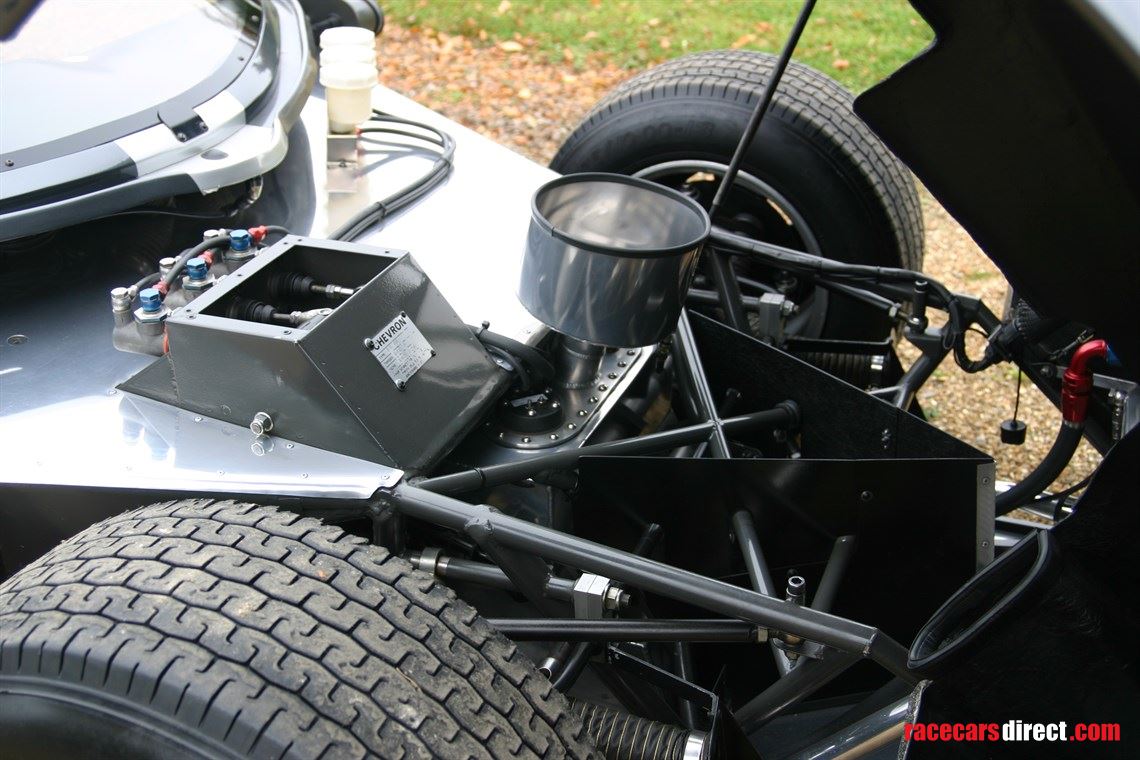 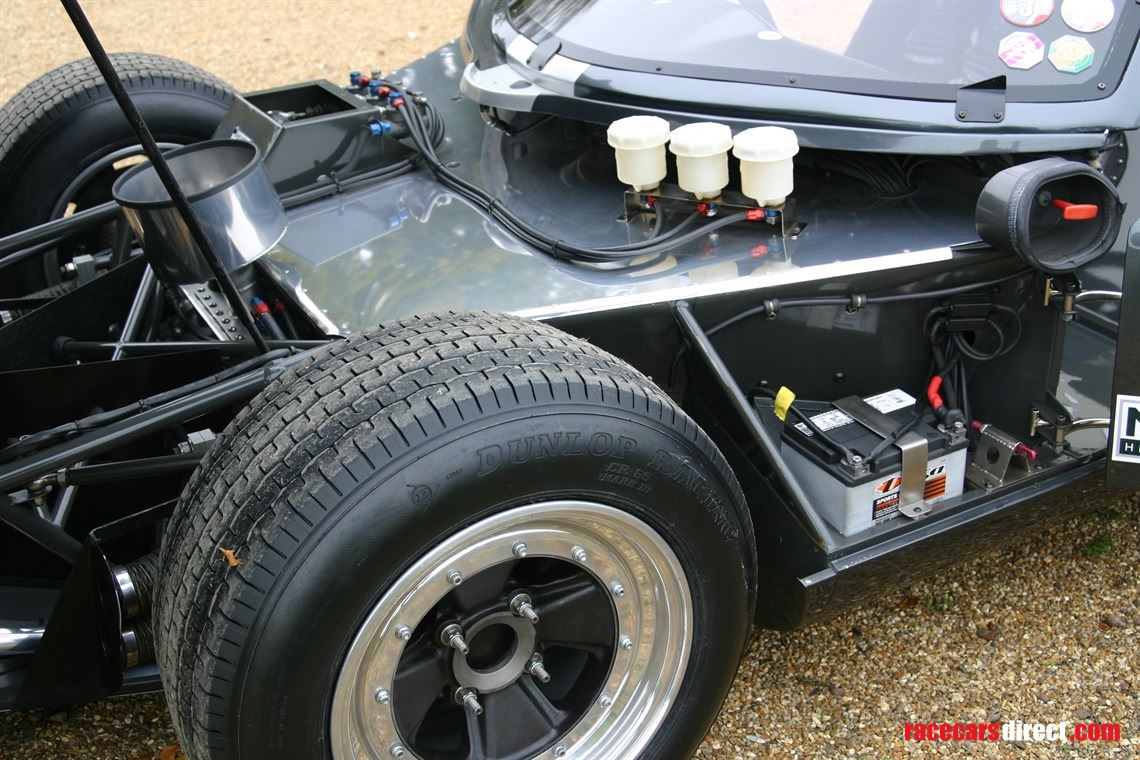 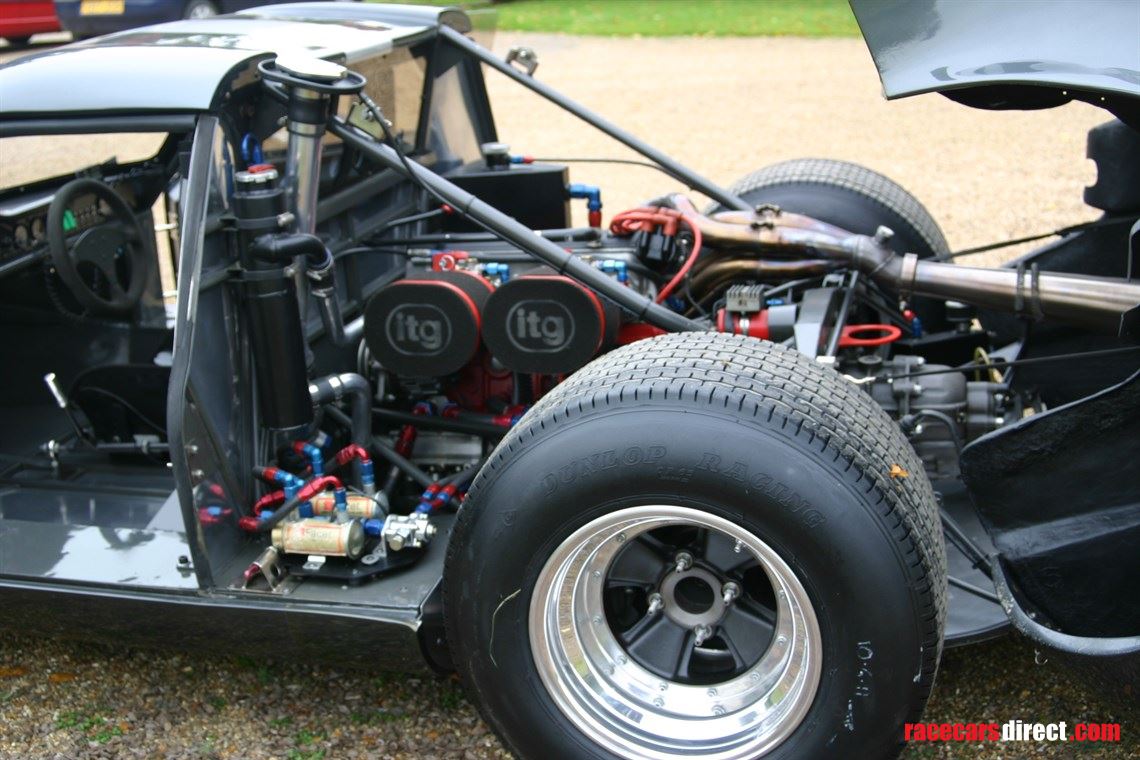 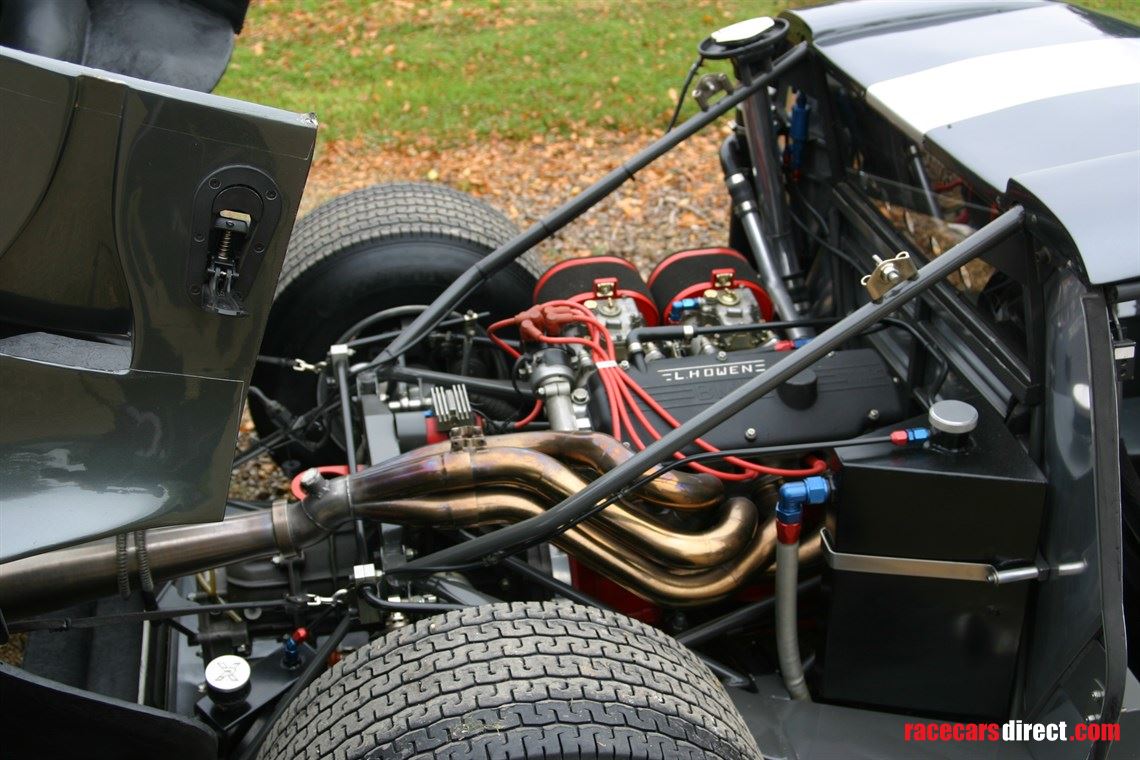 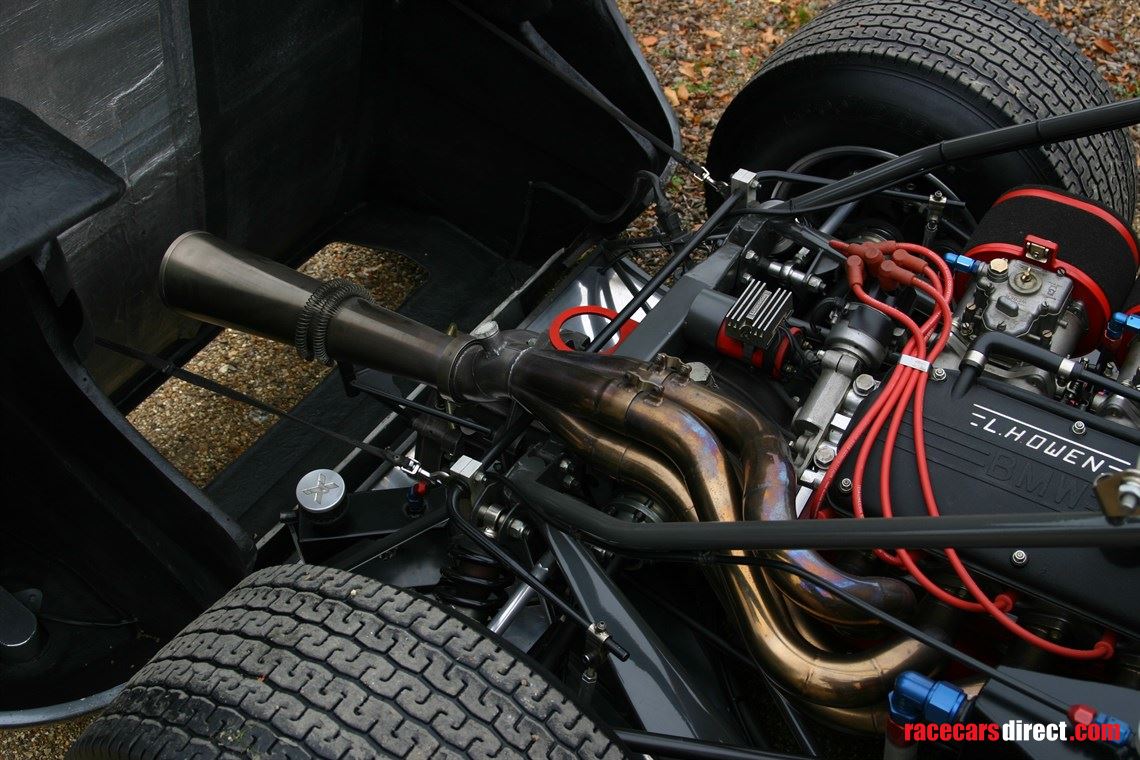 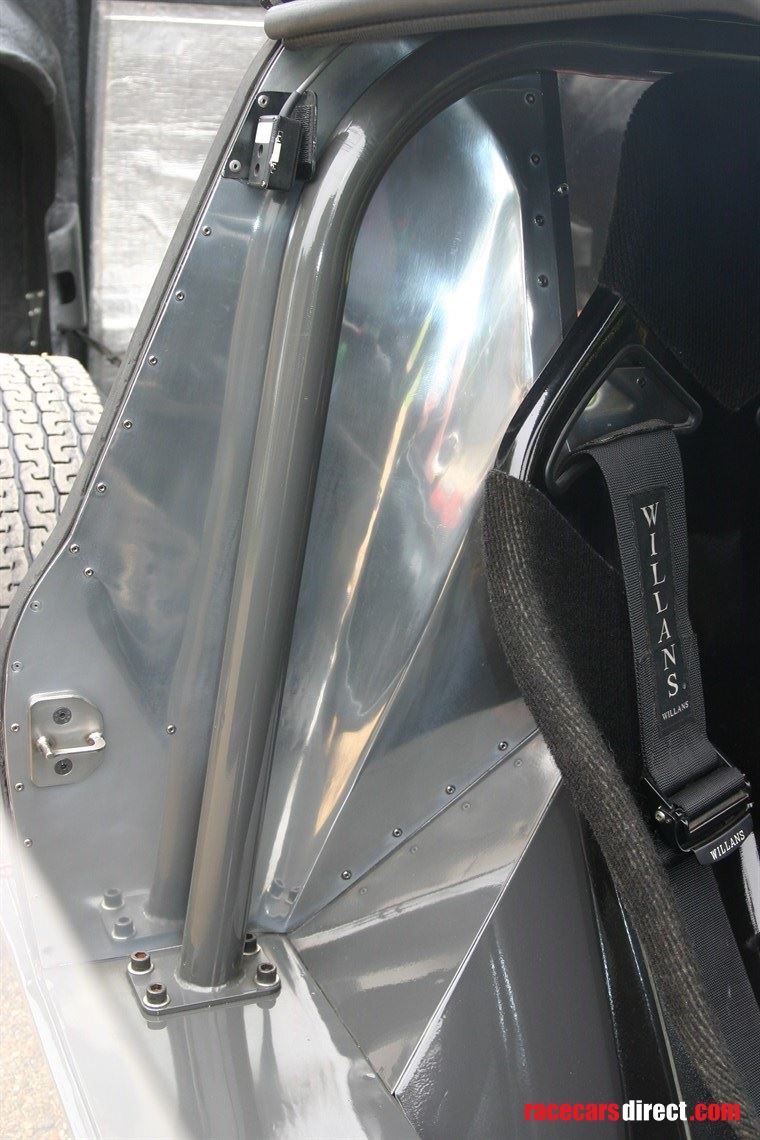 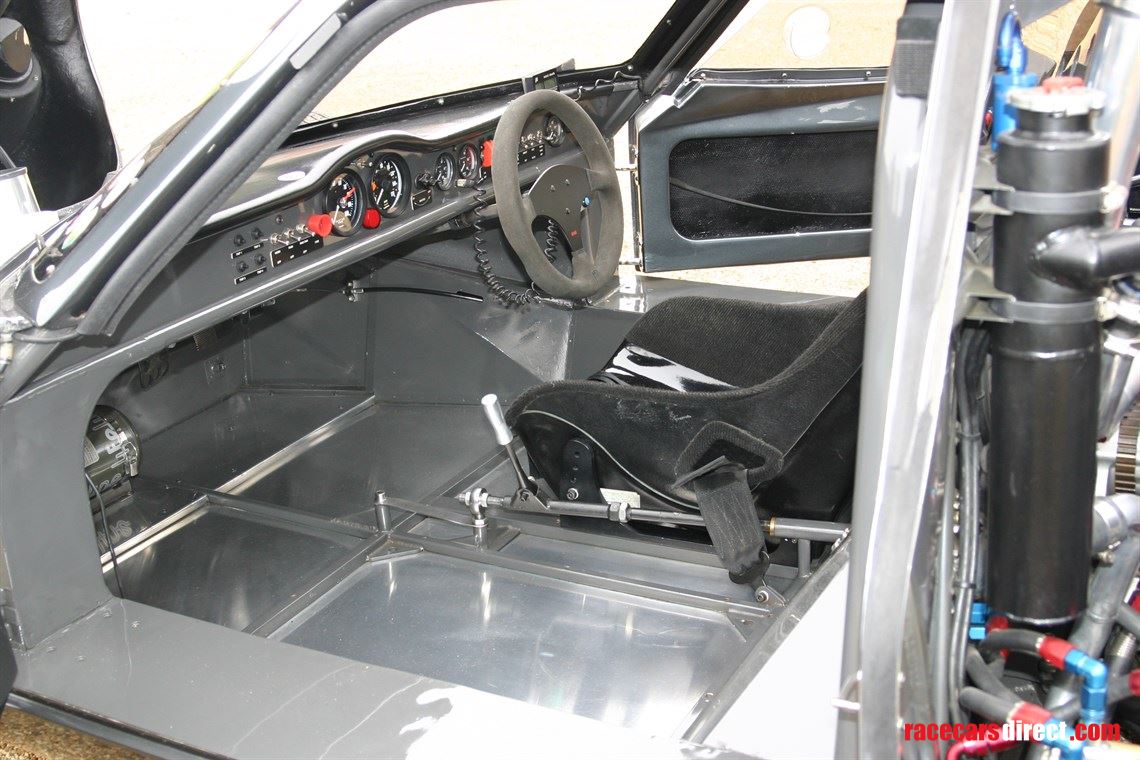 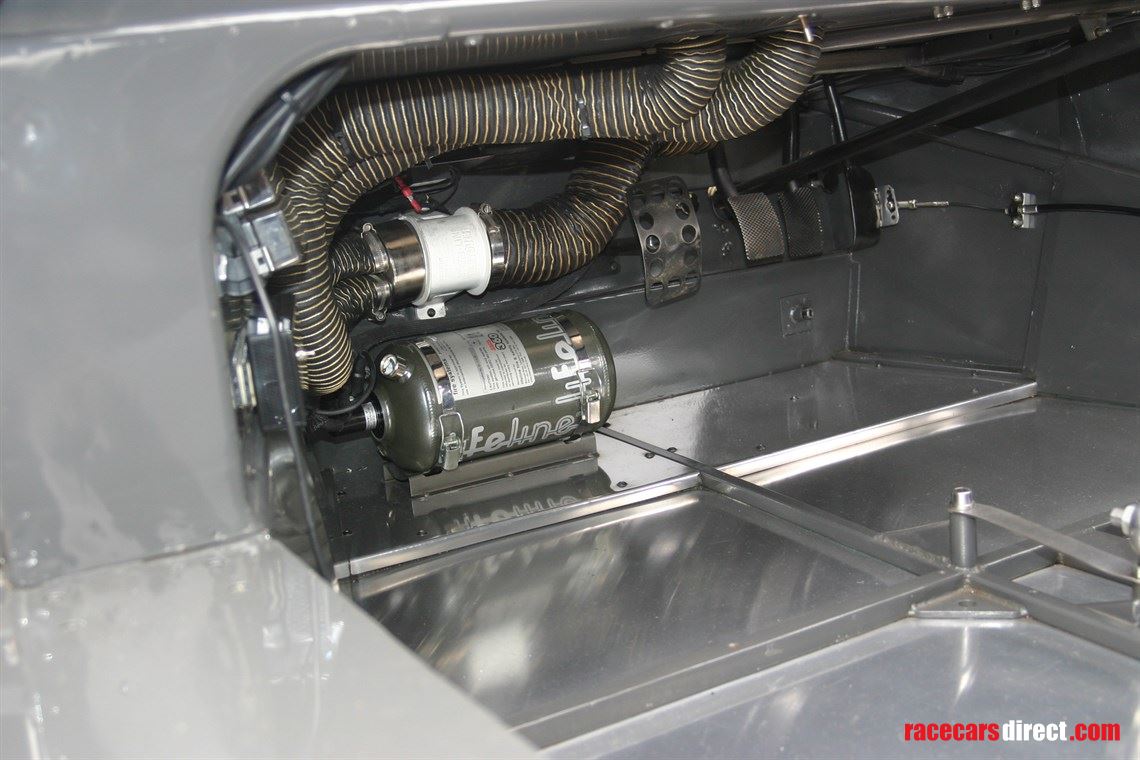 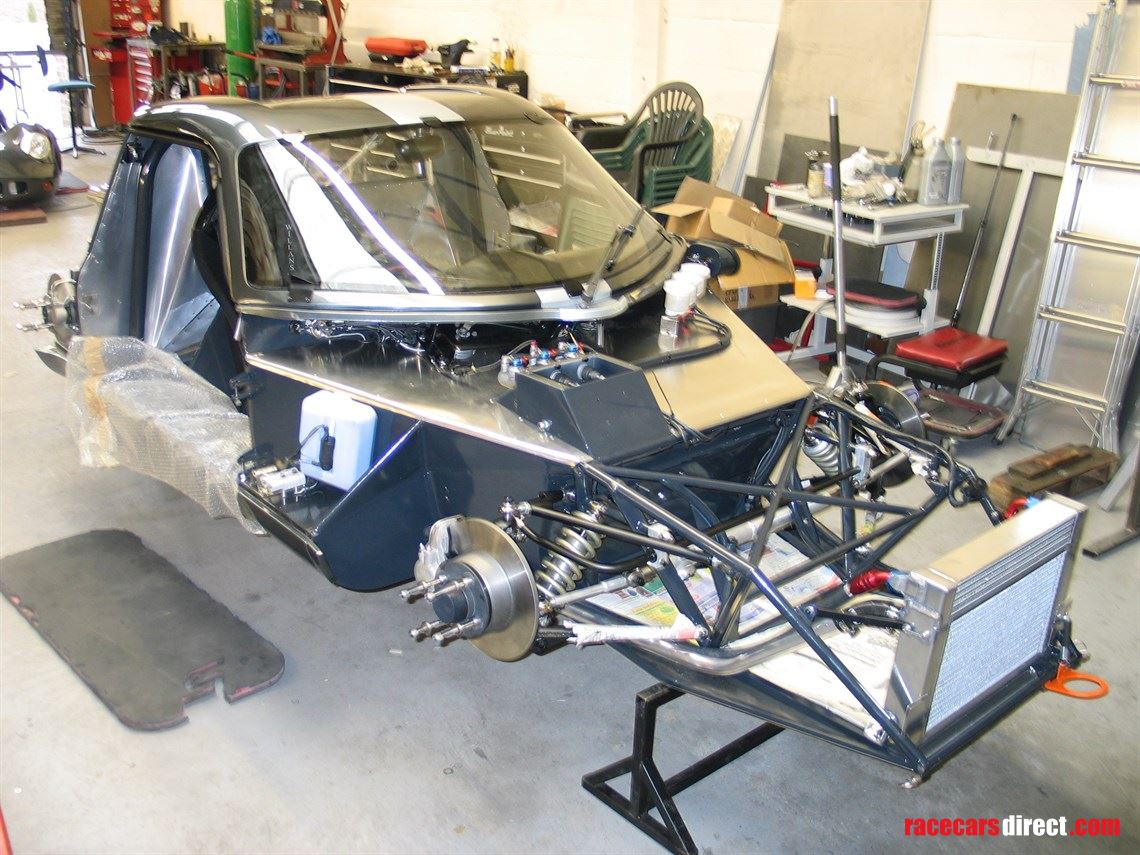 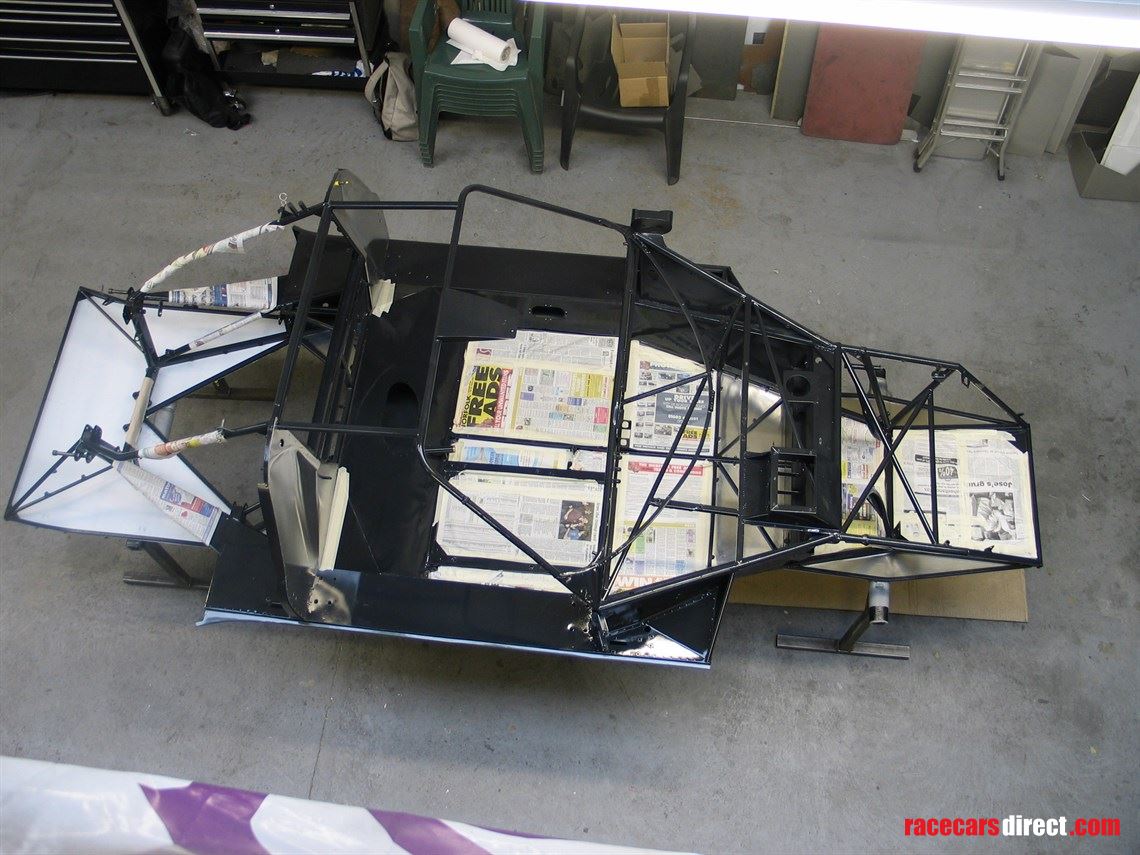 A unique opportunity to purchase an original factory built 1981 Chevron B8.

After Derek Bennett’s untimely passing and the collapse of Chevron Racing Cars in it's original form, the company and name have passed through many different owners; each one trying to recreate one of Chevron’s most iconic cars, the B8.

In the 1980s, with Lester Owen’s help, Roger Andreason constructed two B8s - one as a race car and one as a road car.  These cars had different chassis components in the suspension, plus different engine and gearbox combinations to the original 1968 cars, but essentially the chassis and bodies were easily recognisable as the original Chevron B8 they were based around.

The car we have advertised here was the road car of the two.

The current owner purchased the car in the UK and competed with it in a few hill climbs in it's standard form.  However, after seeing other Chevron B8s racing successfully at the Spa Six Hour Classic Weekend in 2005, he commissioned Scott Racing Services (our former company name) to complete all essential works, to convert the car from a 1987 (we believe this to be it's original year of manufacture) specification back to a 1968 specification, to gain FIA HTP papers.

Using an original Chevron B8 race car that was at our workshop, we replicated all the pick up points and components that were required to convert this car, but we also left some unique features that allow this car to be recognised still today as exactly what the car was originally built as.

To call this car a replica or recreation is a mistake as this is a genuine Chevron B8, but we had to convert it into a 1968 car.  The car carries its 1980's Chevron chassis number which is CC91-B8-03.

Some of the unique features that the FIA allowed us to keep in the car were the frenched-in front indicators, the small separate spat behind the front wheel that is affixed to the sill, the windscreen drip tray, the spat in front of the rear wheel to flare the sill in front of the tyre, and the licence plate and fog light mount on the rear body.  The few other features that we had to remove were the slightly different dashboard, window frames and higher rear bodywork deck to cover the wet sump Pinto engine.

The entire chassis was stripped back and any modifications that were required to bring it up to today’s standards were undertaken.  Also, while the chassis was in this condition, FIA specification roll cage feet were added into the chassis and a FIA compliant rear roll hoop was fitted.  The front mounts are in the chassis, as can be seen in the pictures, but this section was never completed, as the customer did not want it at that stage.

All the suspension components were new, as was the engine and transmission.  All the wiring loom, switches and controls were new, all the water and radiator system was new, also the oil tank and oil system were new.  The chassis was treated to a fresh coat of paint and all new floor pans fabricated and fitted in-house.  A new bag tank was designed and fitted and a new auxiliary tank was installed in the front chassis area for competing in endurance racing.

The car was completed ready for the start of the 2007 season and the car has successfully been campaigned by it's owner; requiring minimal support from ourselves over the following 5 years.

The car has proved itself to be fast and exceptionally reliable, only ever failing to finish a race if it was involved in a racing incident and not through mechanical reliability.

After these few years of competition, the customer’s Healey 3000 was completed and ready to race and his focus moved solely to that car and the B8 has only been used sporadically since then.

The car would be eligible for many different championships around the world including Masters, CER (Peter Auto), HSCC Guards Trophy and with momentum growing for their new for 2019 Thunder Sports Championship, this B8 is a perfect way to get onto that grid with some fansastic circuits in their calendar.  We cannot stress enough how good this car is and how when building the car we took as much effort into making the car easy to run for either a team or a private individual as possible.

The Chevron hasn't been used for a number of years, so a small amount of recomisioning work is required.  The bag tank is out of date, as well as the fire bottle and the seat belts.  To race in Masters and Peter Auto, new FIA papers will be required also.

Also the old V5 documents and mots, will come with the car as it was road registered at one time in it's life.

The fitted engine has been started occasionally, the spare engine has been turned over from time to time, but we would advise a thorough check over prior to competitive use.

We have many more pictures on file of the car's original build and these can be forwarded to anyone on request.

We would be happy to undertake the recomissioning work for it's new owner, and with our intimate knowlage of the car and it's part suppliers, this could be kept to a minimum.  We would also like to keep a relationship with the car and assist it's next custodian in any way we can, at the circuit or in the workshop.

Viewing by appointment only at our premises.  Please contact us for further information.

After a few eligibility questions over entrance into Peter Auto events, as the car is an out of period Chevron built car, we now have a confermation letter accepting the car's entrance to their events.

Headers ,Megaphone and Silencer Alunox made