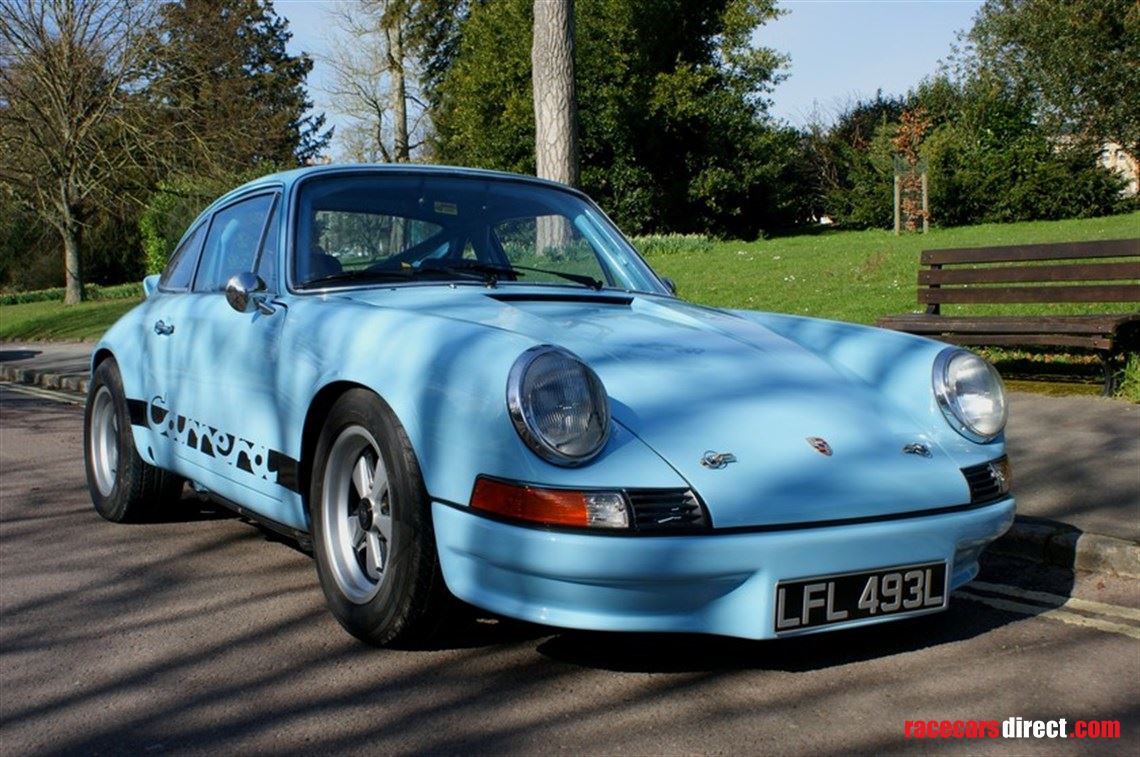 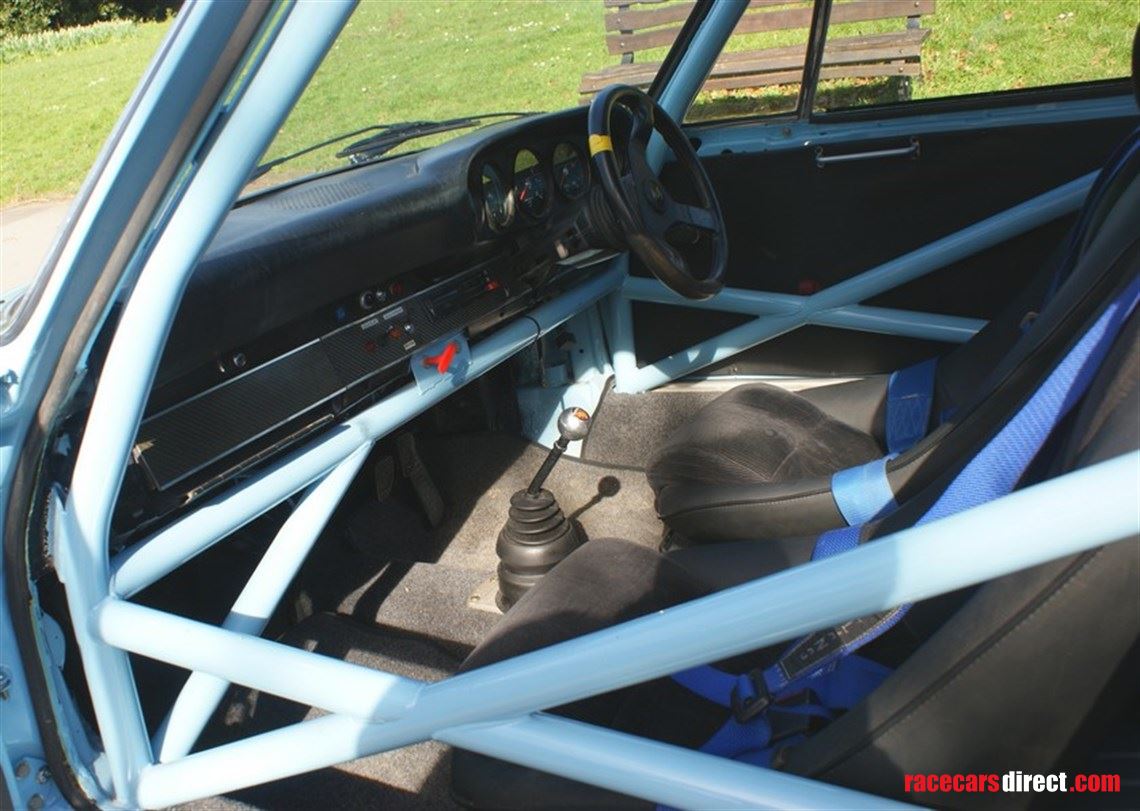 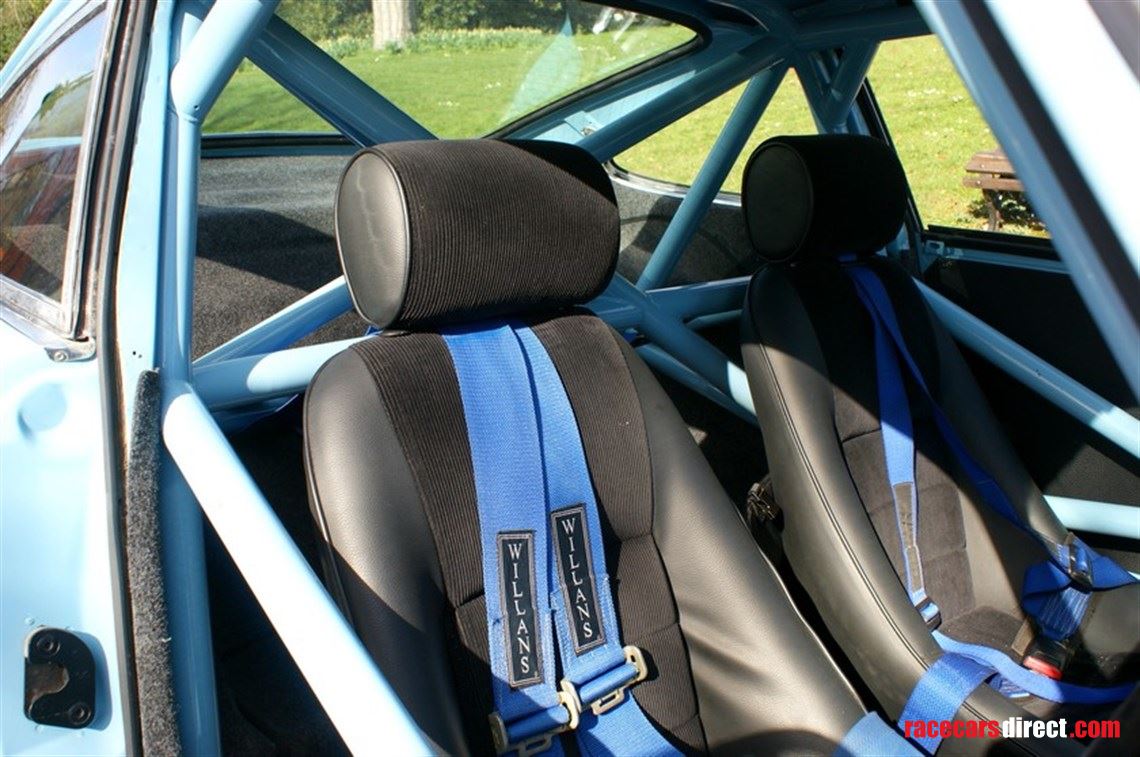 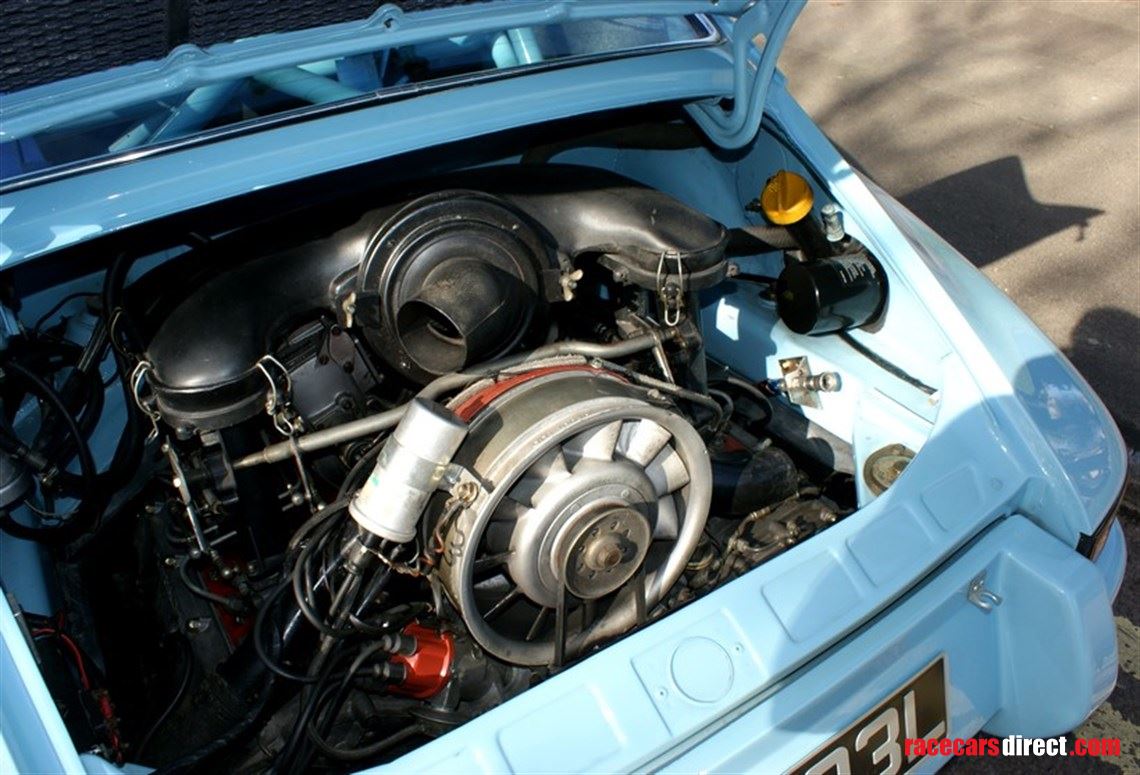 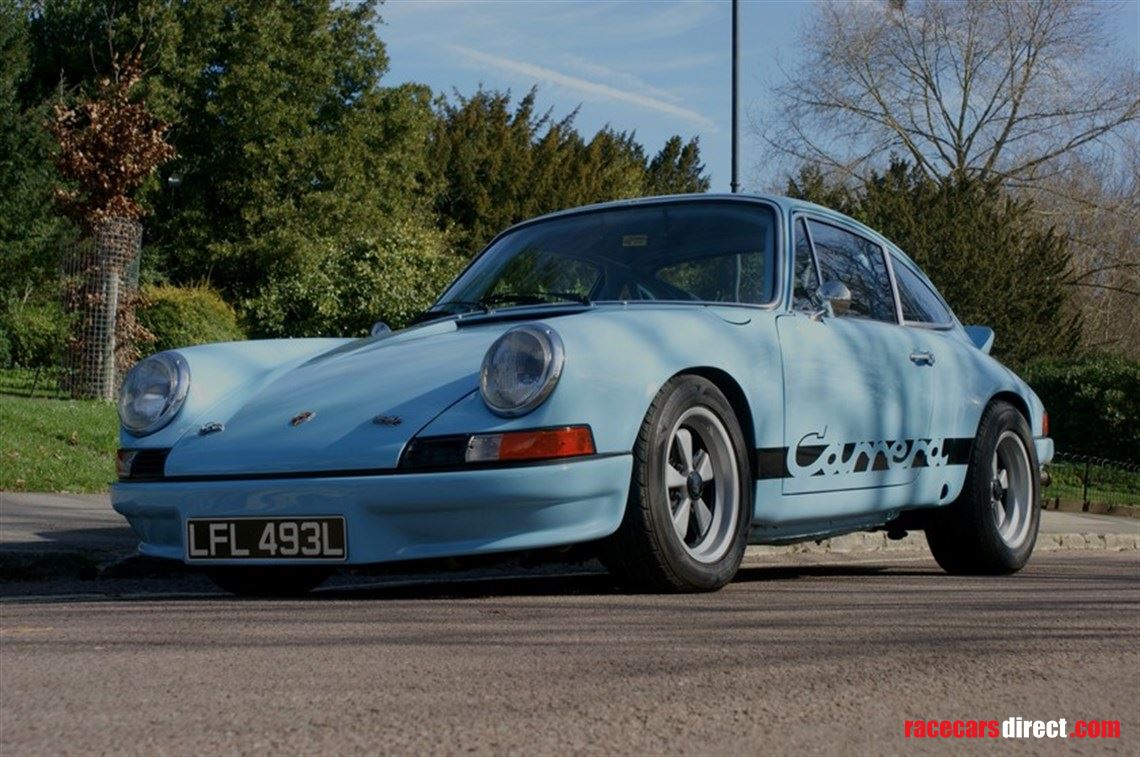 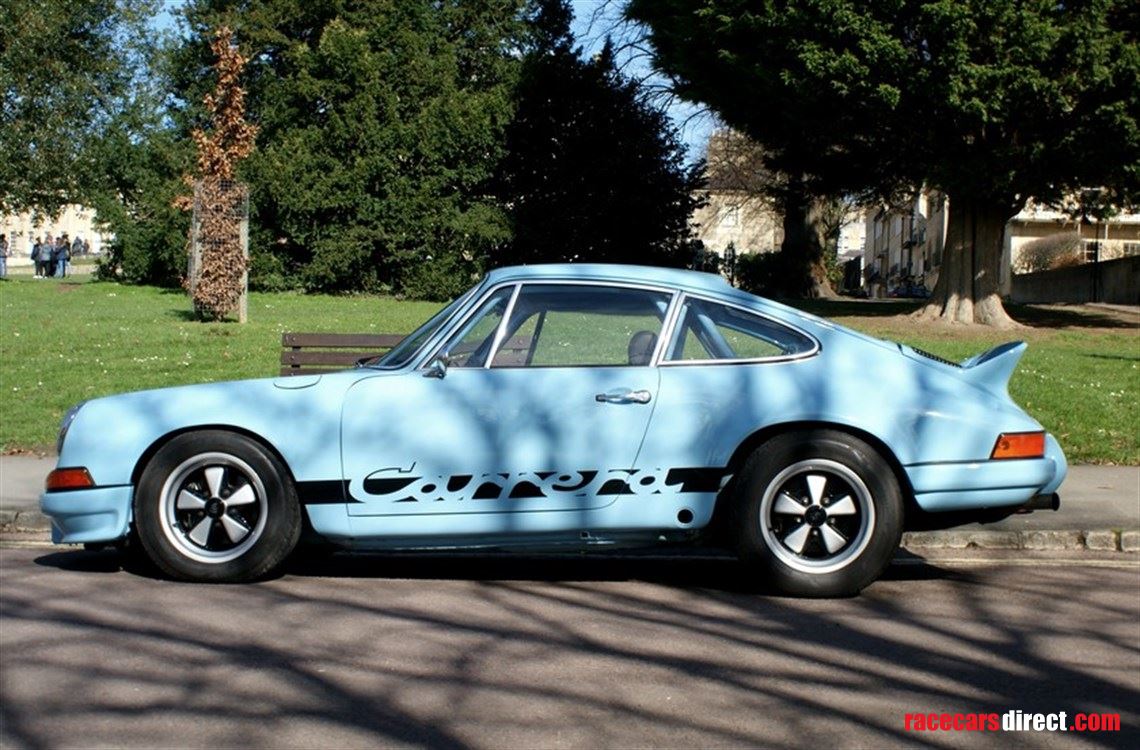 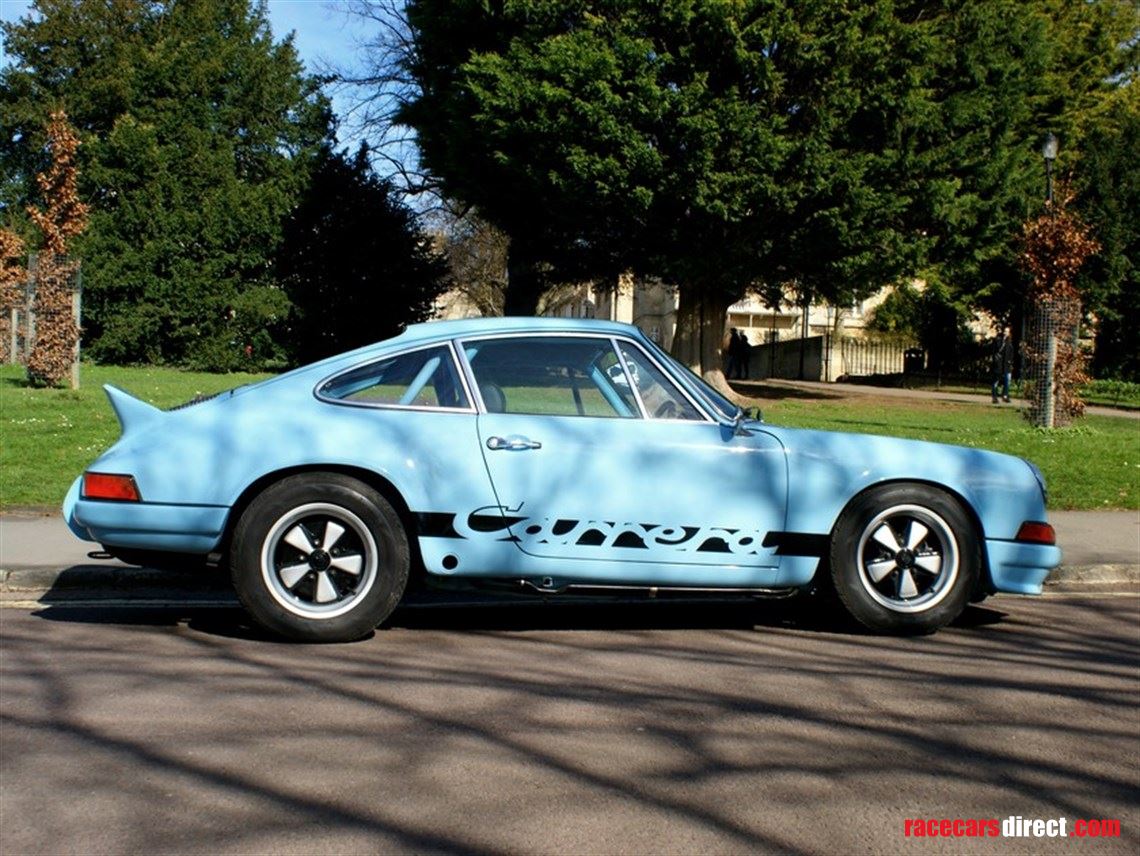 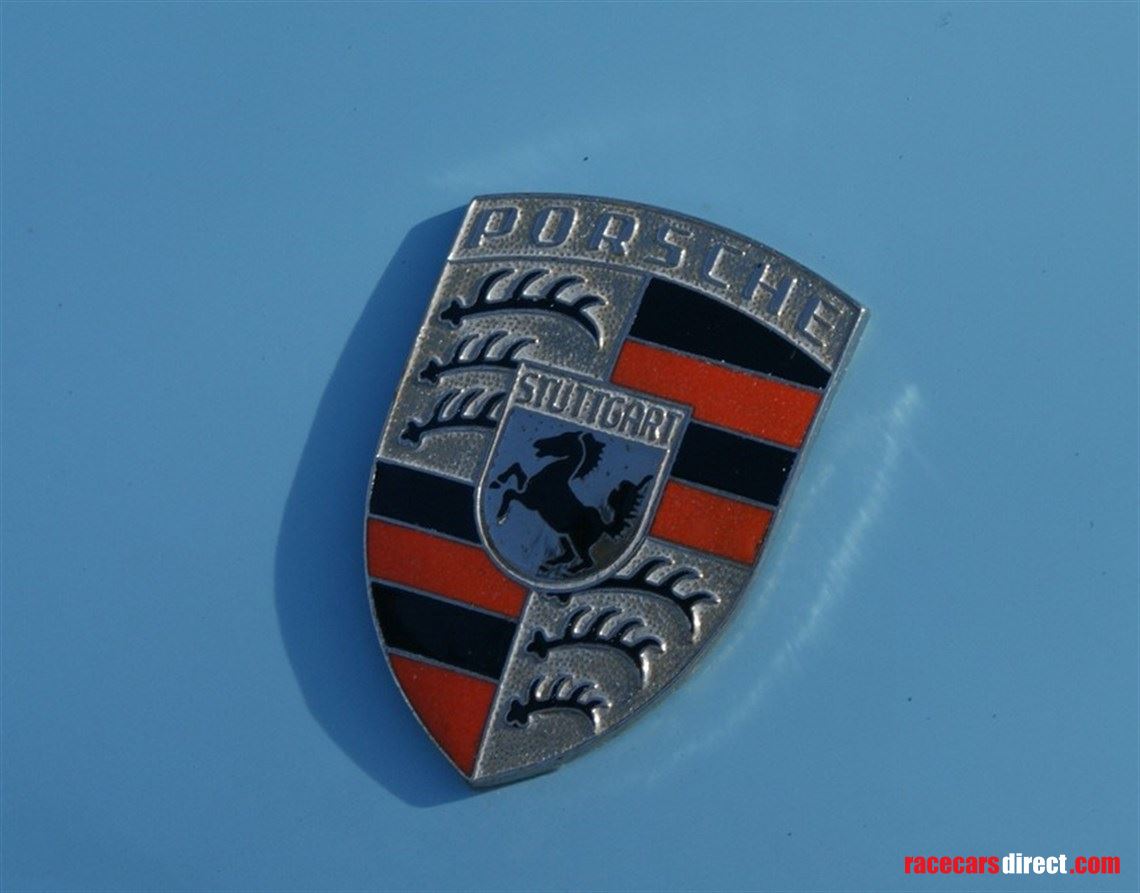 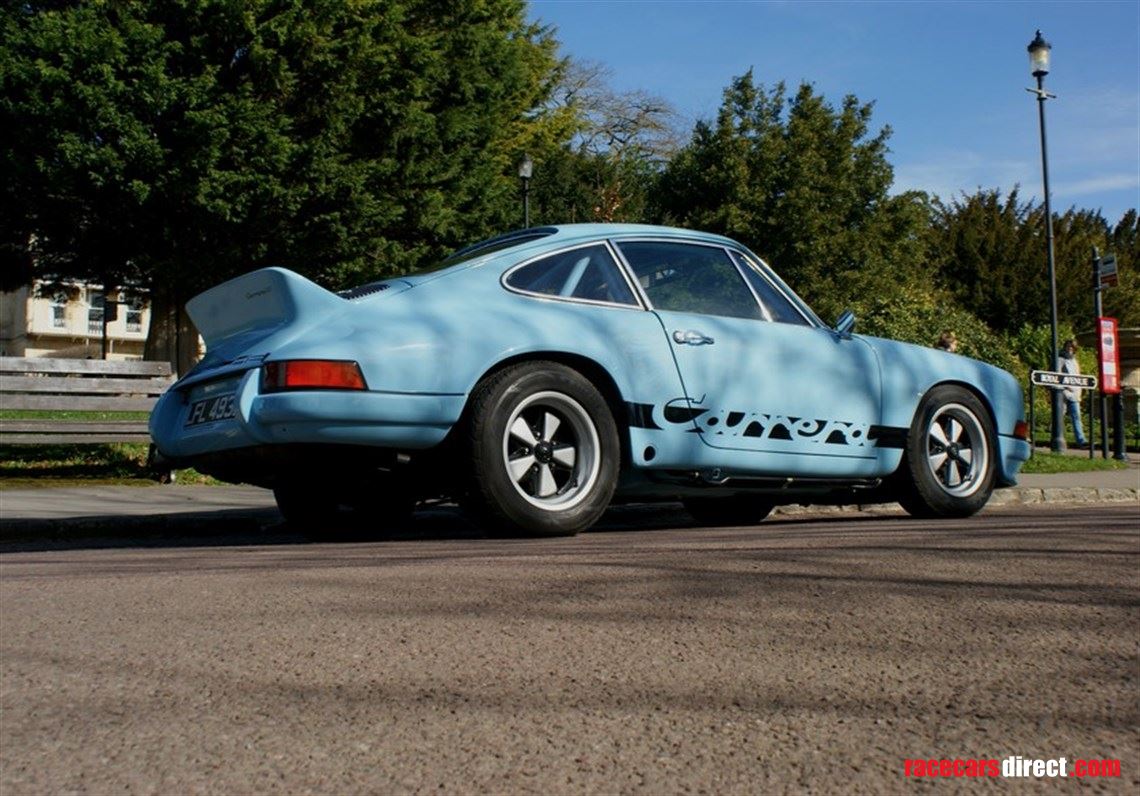 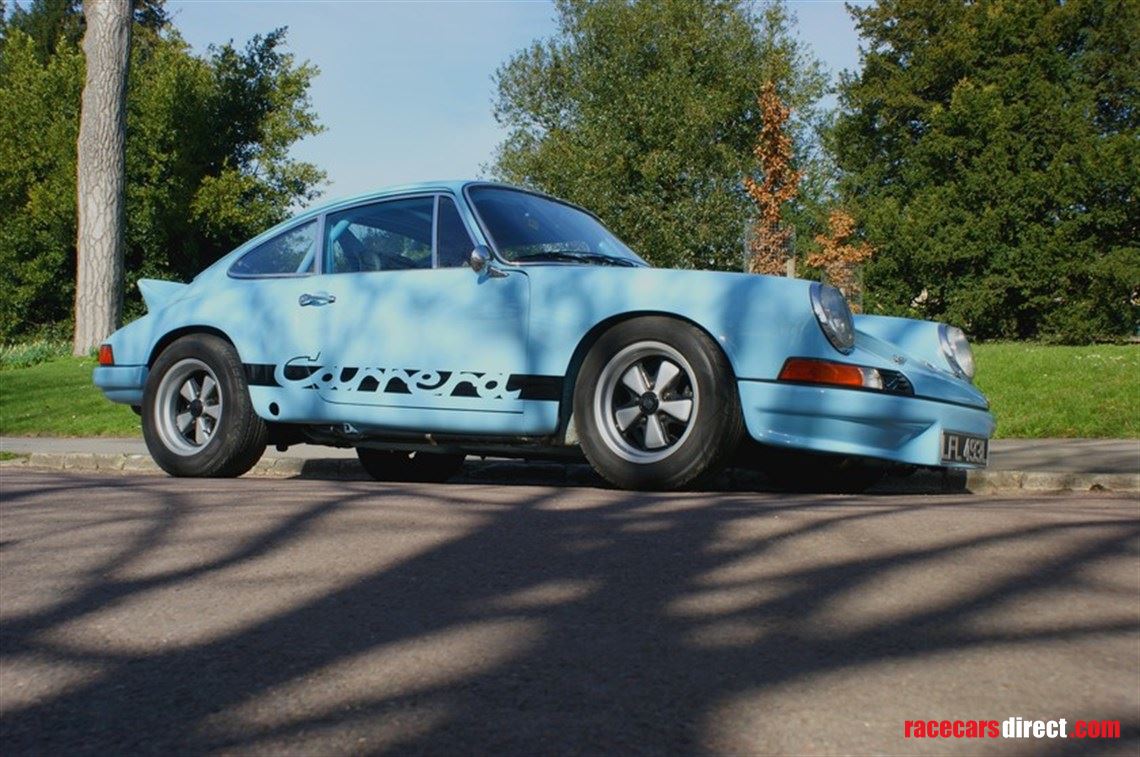 This car is unique in today’s market, it is completely correct to period in every mechanical aspect and should not be confused with modern recreations. It was built on a period ‘E’ program ‘72/3 shell with the V5 confirming a declared manufacture date of 1973. It is fitted with a genuine and very rare 2.7 RS MFI specification engine with 7R magnesium crankcase. All running components, suspension steering etc are also original and are to RS homologated specification including 18mm and 19mm anti roll bars and stiffer torsion bars.

In 1995 the car was purchased by racing driver, Charles Shaw, from Steve Foster of 47 Porsche in Manchester. Charles successfully campaigned the car for a number of seasons in the 2.7 RS class of Pirelli Porsche Classic Championship. During this time it was run and maintained by both Parr and Paragon motorsport, well known Porsche specialists. The engine was maintained and rebuilt by Lancaster Porsche official dealers in Cambridge. Charles then sold the car to in May 2000 to Jonathan Tipping better known as ‘Fly’ a motorsport photographer who then used it as his daily road car .

Built as a 911T (9112501329) in 1973 it’s understood that the car was imported to the UK from Germany in 1982 and was subsequently converted to right hand drive and to its current specification with components from a damaged original ’73 RS. Of course, times change and now that would be unthinkable, but at the time it was not unusual given respective values of early Porsches were incredibly only around 1% of what they are today.

I purchased it in April 2012 and it was immediately sent to Porsche restoration specialists RS911, where a full ground up and bare metal restoration was carried out. The extensive work cost in excess of £50,000 and included new steel rear arches, sills and floor pans and gearbox. The engine was tested, serviced and given a light cleaning to ensure all the original detailing is retained including original engine cover paint. The engine shows good compression, runs as it should and does not require rebuilding.

The body colour was changed and the car is now presented in resplendent Gulf Blue with black decals as was a factory colour option for the original ’73 RS and in homage to the legendary Le Mans Gulf Porches of the early ‘70’s. The quality of the restoration is exceptional so that while the car looks almost new it retains a patina that can only come with age. The car returned from its restoration in November 2014, since then it has been kept in an air conditioned classic car storage facility and has only done approximately 500 miles. The car is taxed (£0 as it is an historic vehicle) and MOT’d.

There are many ’73 911 RS lookalikes, replicas, recreations, evocations out there but rarely does a car in this specification - as close as you’ll get to the definitive factory article – come to market.  That rarity is likely to be assured, given the escalation of values of all the pre-74 911 models today, it would be simply uneconomic to build such a car today.

I’m advised that the due to the car being absolutely correct to period specification then a FIA Historic Technical Passport could be obtained which would qualify the car for historic racing or rallying. Equally it would suit a collector.

Viewing is essential and by appointment only.

rebuilt and ready to install