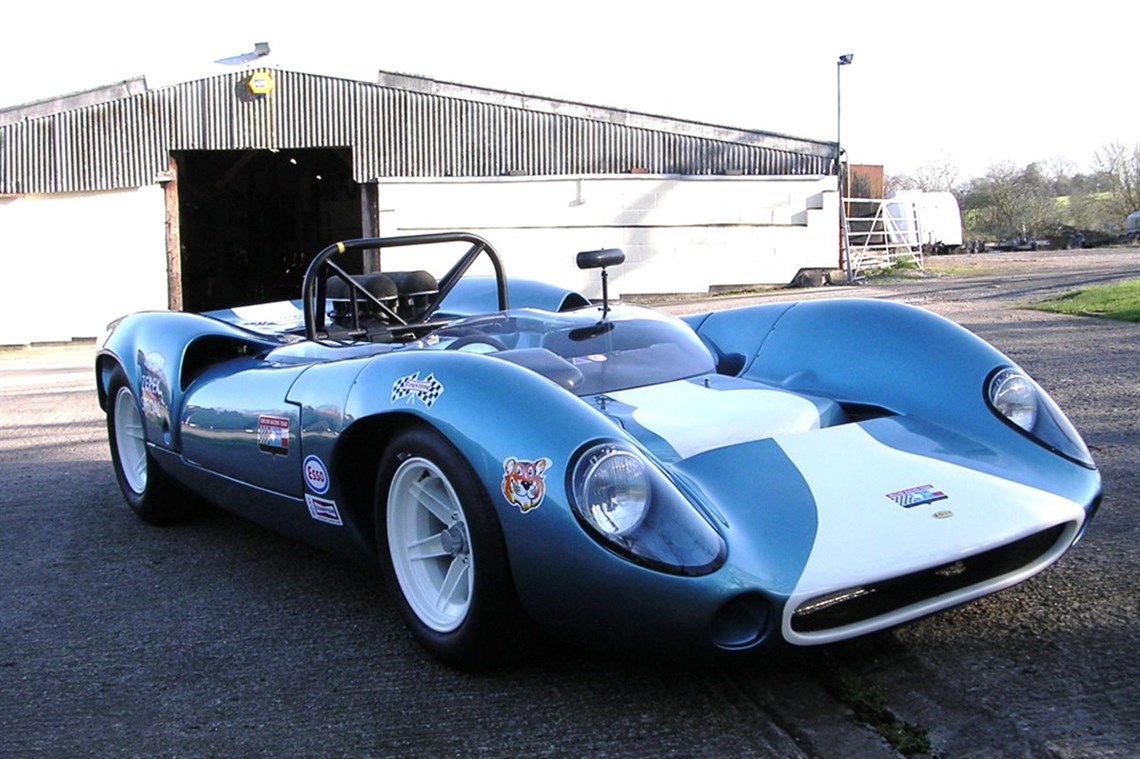 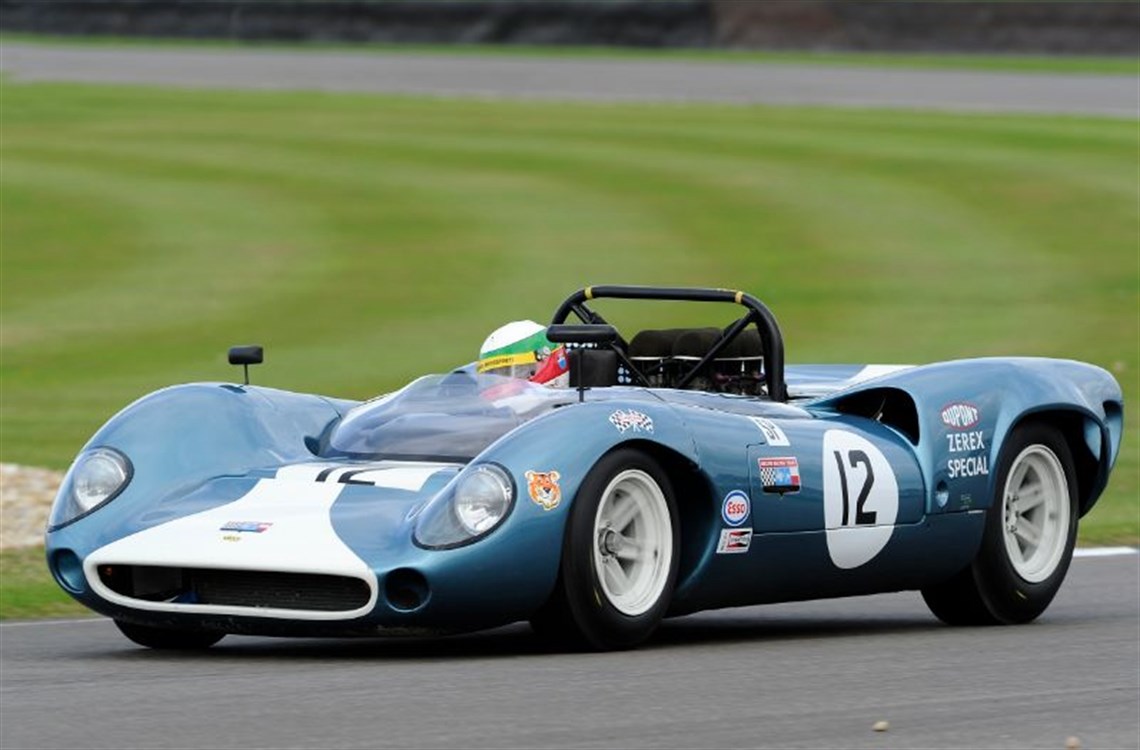 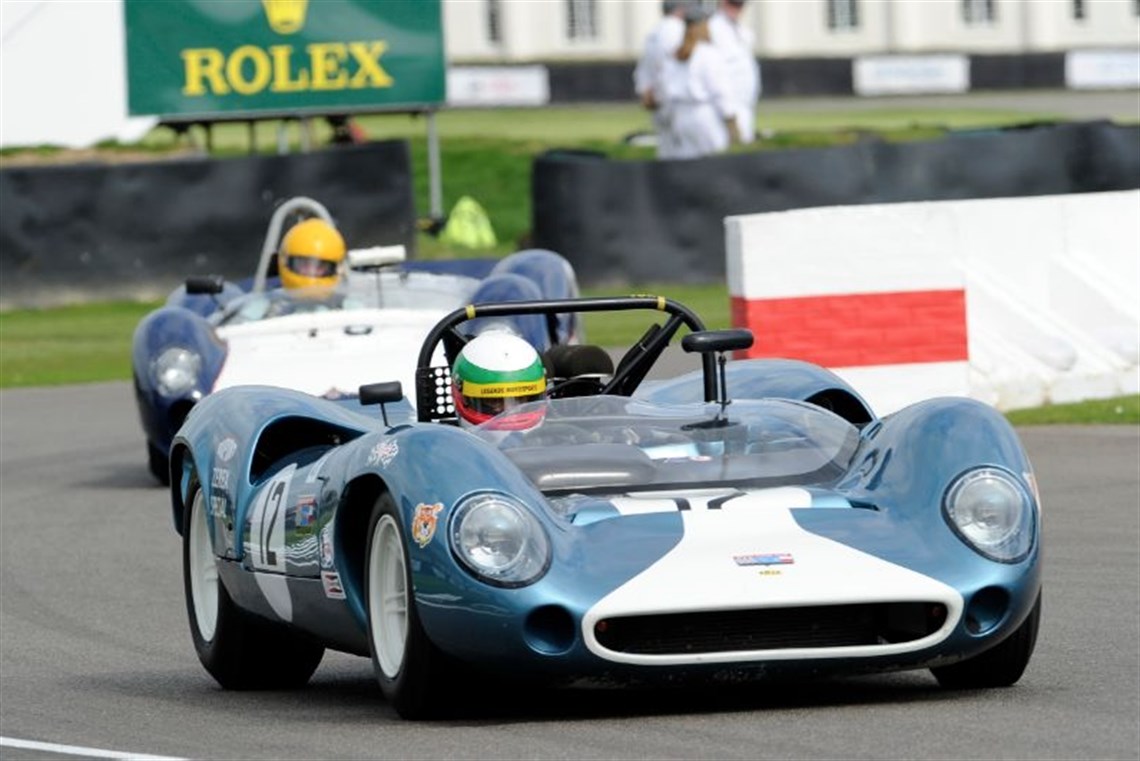 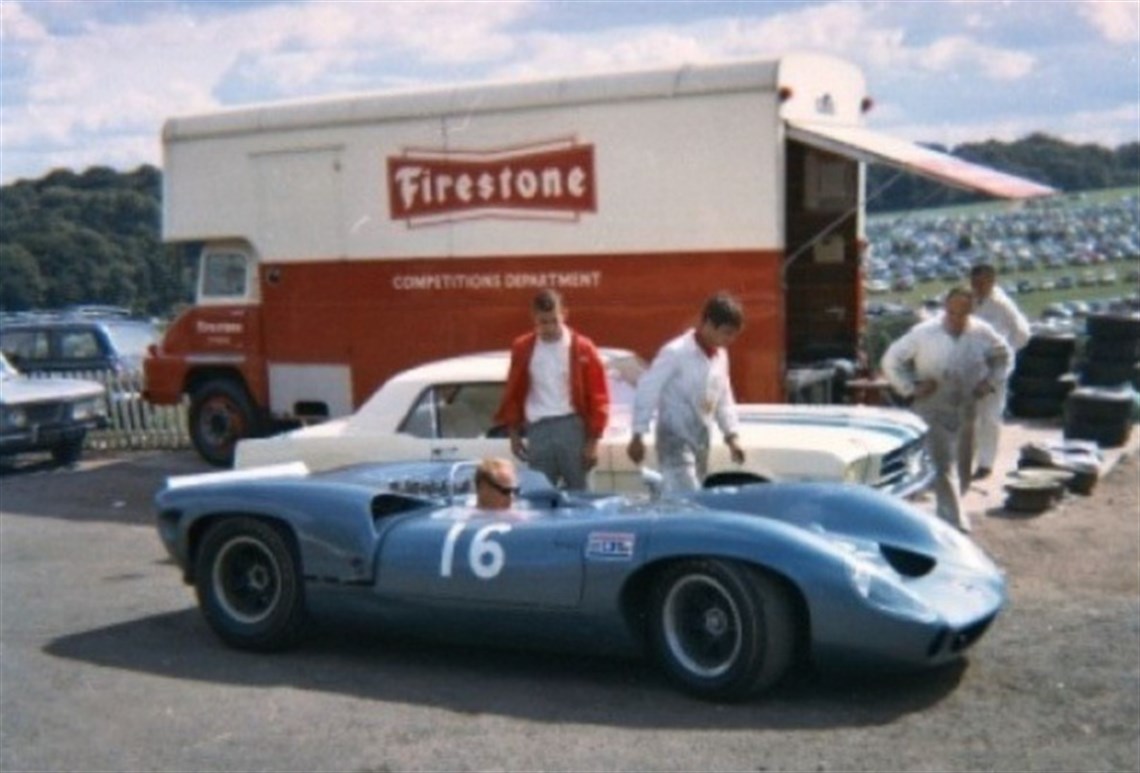 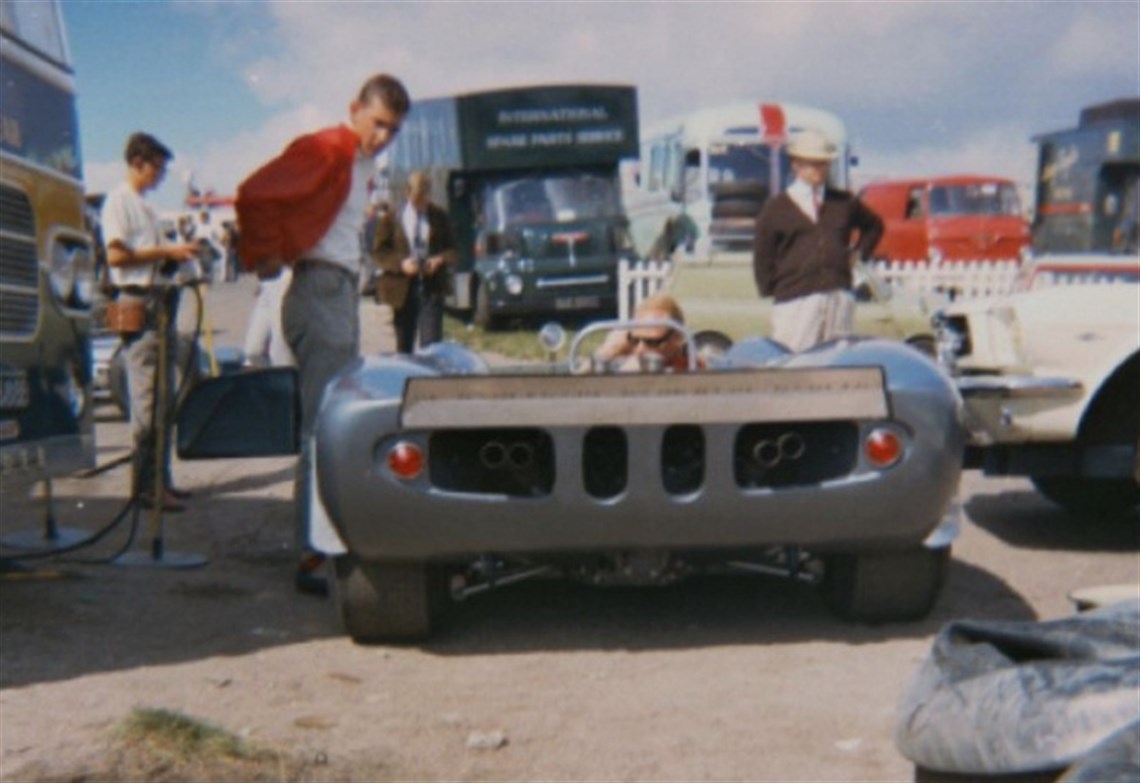 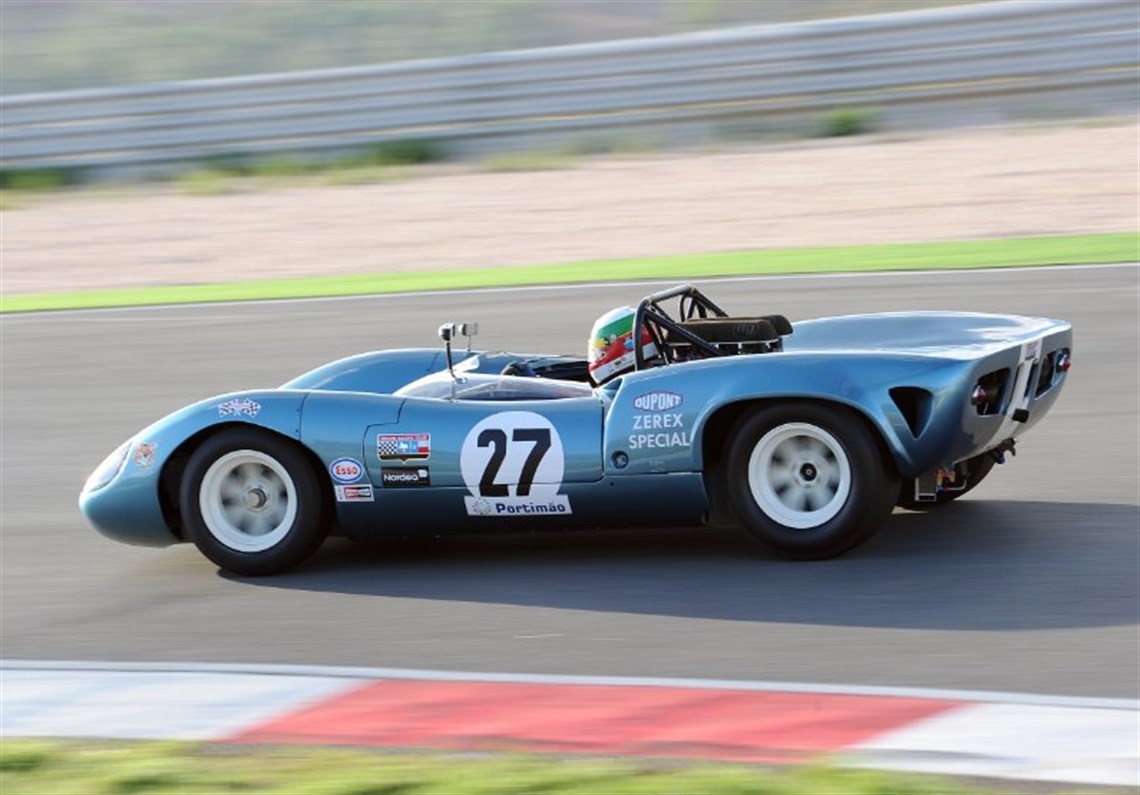 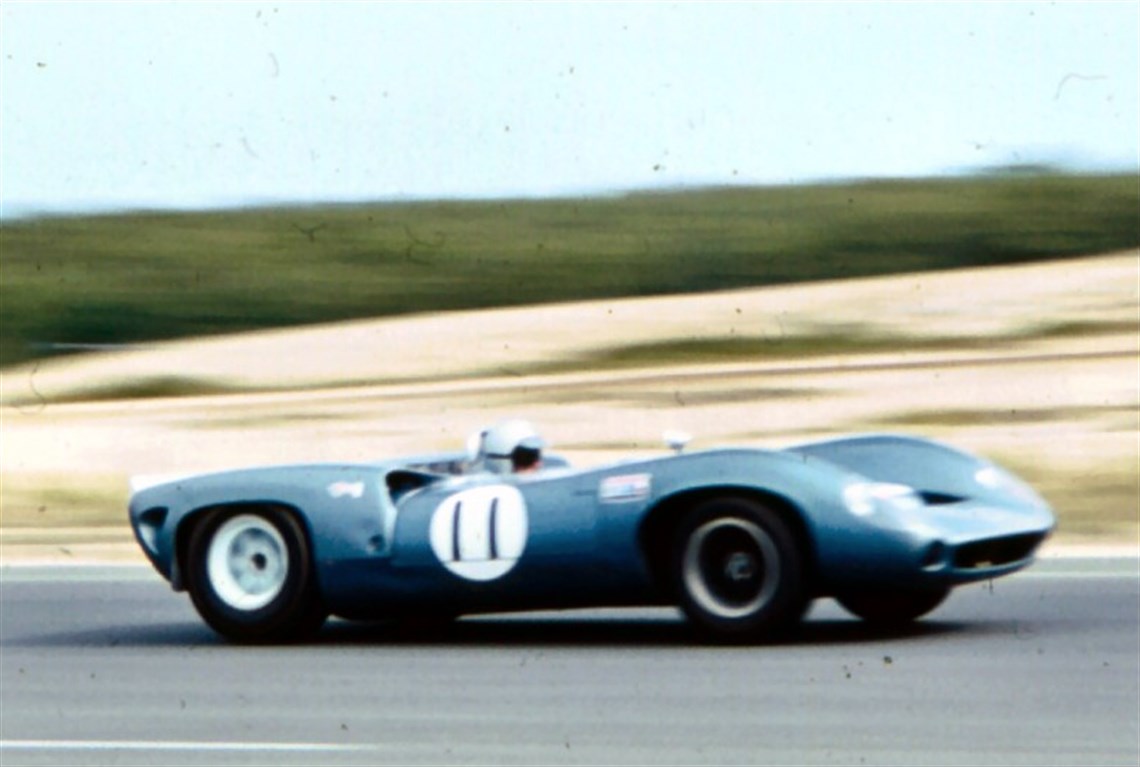 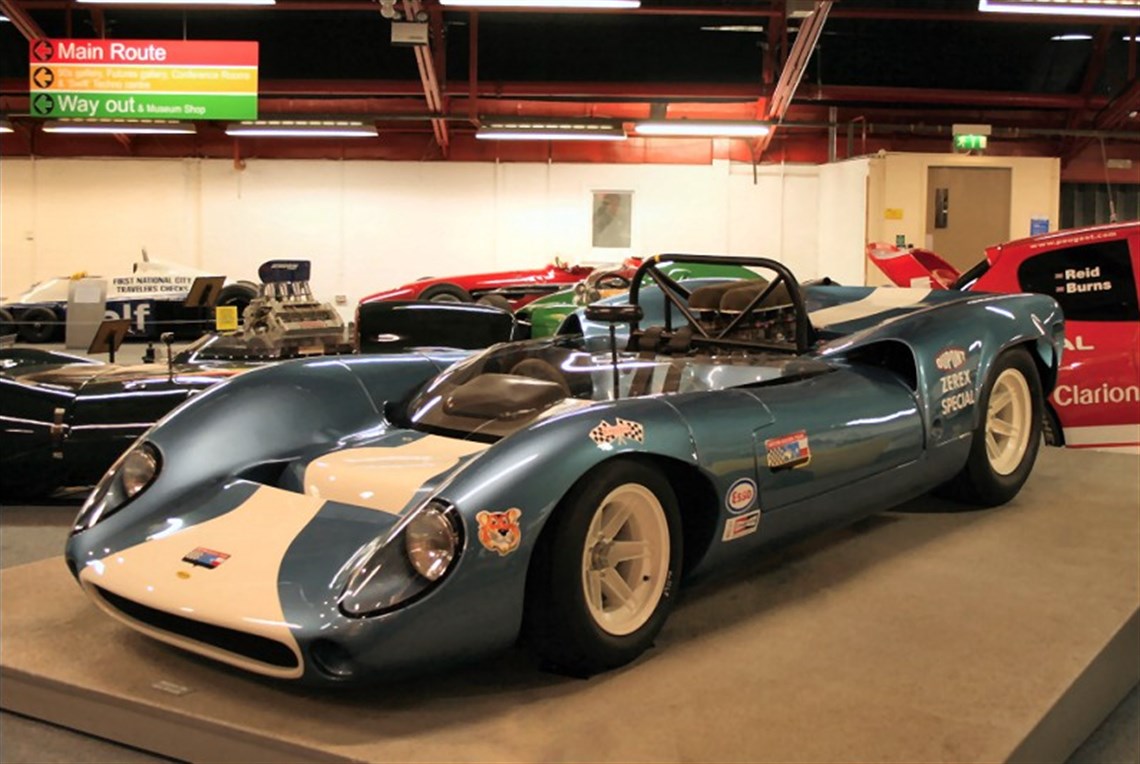 We are pleased to offer this rare, early Lola T70 Mk1 chassis SL70/6 for sale on behalf of its current, long-term owner.

To many, the Mk1 - being the first iteration of the famous Lola T70 line - is still the purest in design. With only 15 T70 Mk1's made and all of them being accounted for, these cars are sought after and front running in the pre-66 historic racing scene.

The history of SL70/6 is listed below in the history section. Key item is that its history is continuous from new, its chassis plate genuine and SL70/6 has no "stories" whatsoever.

The car is offered for sale in its current, excellent condition and as last raced in 2011. As the car has not run for a few years, it will need going through, crack testing and installation of a new fuel cell , fire extinguisher and belts. The engine is a strong 5.7 litre Tim Adams SMB Chevy with only about 10 hours running and the Hewland LG-500 gearbox is in excellent condition. SL70/6 also benefits from an accusump anti-oil surge system and comes with a set of spare wheels.

A new, 2016 FIA HTP has been applied for and will come with the car.

This ex-Mecom Lola T70 Mk1 is eligible for all pre-66 sportscar racing including Masters, CER, the Goodwood Members Meeting as well as the Goodwood Revival.

SL70/6 was invoiced and delivered to John Mecom Racing on 28th April 1965 and was intended for the Texas based Rosebud Racing Team to be driven by Walt Hansgen. Painted grey, the car was never delivered as the US Inland Revenue closed the team down. Instead, the car was retained by Mecom for his own use.

The car only raced twice with Mecom Racing, driven both times by Walt Hansgen. The car made its race debut at Brands Hatch in August ‘65 for the Guards Trophy where Hansgen finished 9th. Its second race was at Bridgehampton where SL70/6 retired when the rear suspension broke after a hectic battle for the lead with eventual winner Hap Sharp in the Chaparral.

SL70/6 was then upgraded with MkII suspension parts and offered for sale in 1966. It remained unsold until towards the end of the year when it was bought by Dan Blocker for his Vinegaroon racing team. Blocker then changed his mind and bought a pair of McLaren M1B’s instead for his drivers, John Cannon and John Saunders, so SL70/6 was put up for sale.

It was bought by Don Rashid Ali of Venezuela, team mate to Henry Hoyos, in SL70/12, racing under the Venezolana Aerea De Craga banner. After racing the car in 1968 and ’69, the car was sold in 1970 to Dr Terry Clark of Clemson, South Carolina who restored the car in red and had it road registered. He sold the car in 1980 to Al Morris of Pickens also of South Carolina and who also used the car on the road until trading it with Nick Soprano for a Cobra.

Nick sold the car to Mike Smith of Florida who restored the car in yellow with a broad black centre stripe. Mike held on to the car for ten years, selling SL70/6 to Dr Mathias Wagner of Germany who did little with the car other than keep it in warm dry storage. In 2006 he sold the car to an anonymous French owner who had the car restored in Mecom livery in 2008.

SL70/6 was then sold it the same year to its current, Portuguese owner who asked well known preparer Martin Stretton to finish the restoration and sort the car after which SL70/6 ended up in the Coventry Transport Museum in England. During 2010 and 2011 the car also appeared on track at historic racing events in Europe including the Oldtimer Grand Prix at the Nurburgring, and the Algarve Festival in Portugal, Silverstone Classic and - last but not least - the Goodwood Revival..