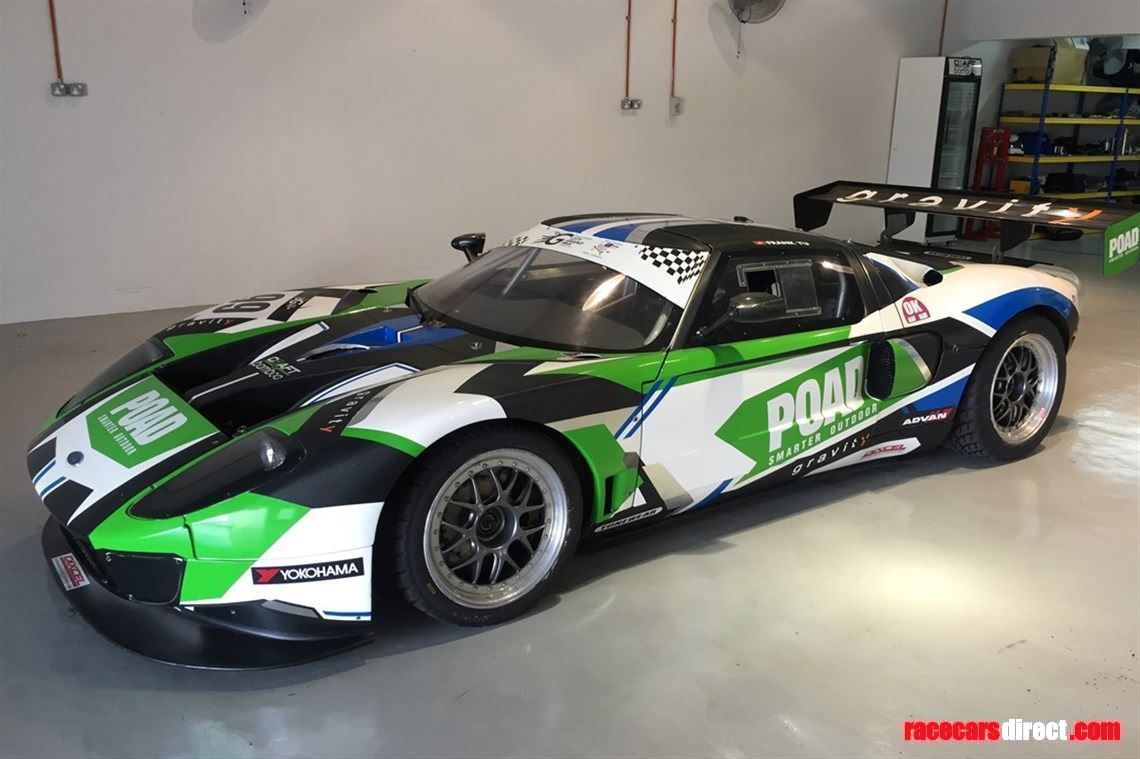 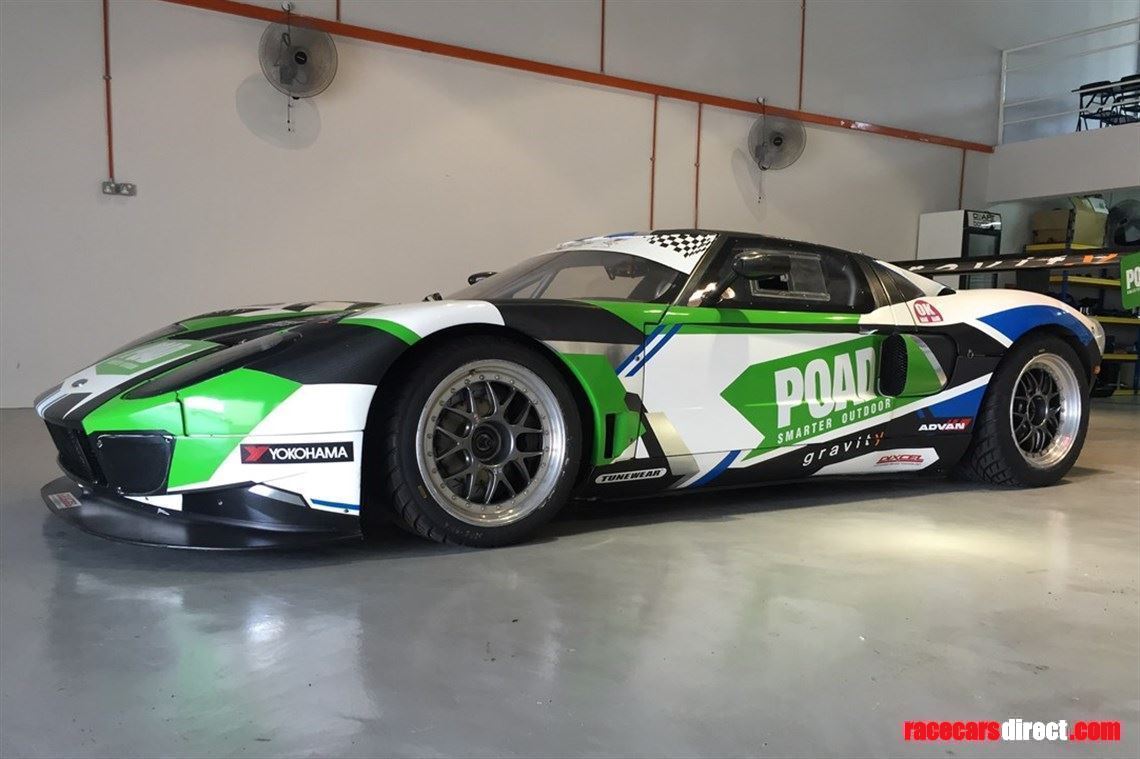 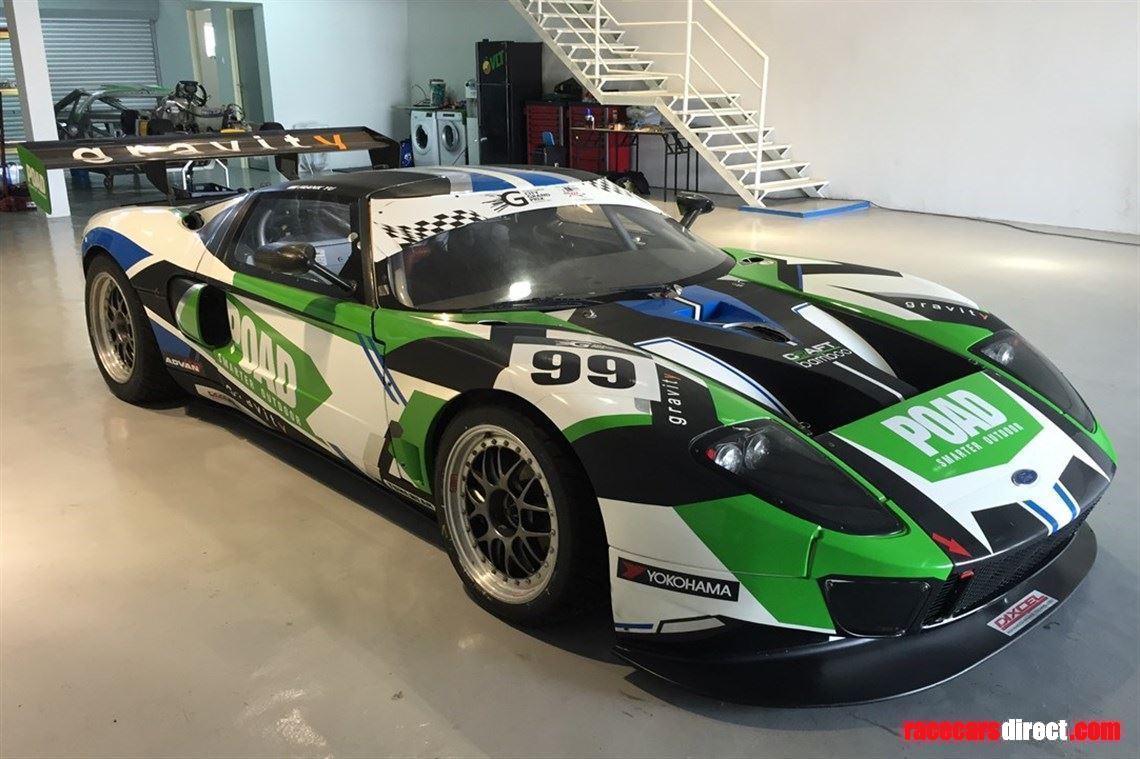 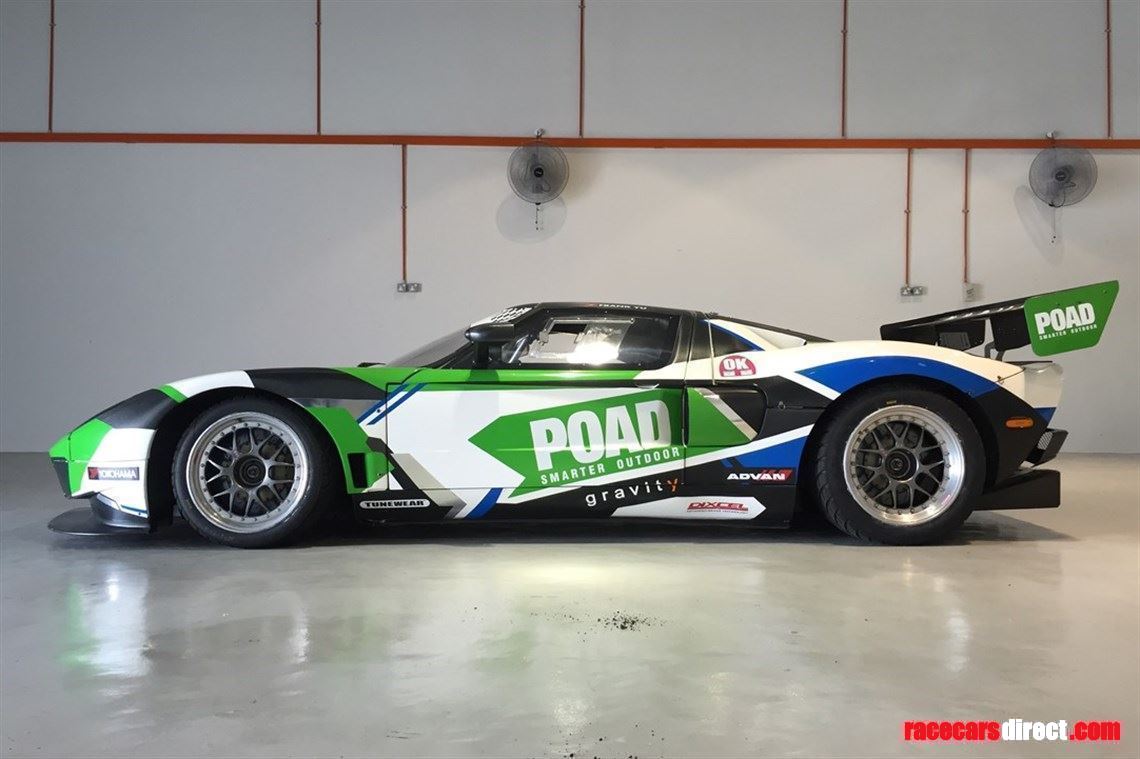 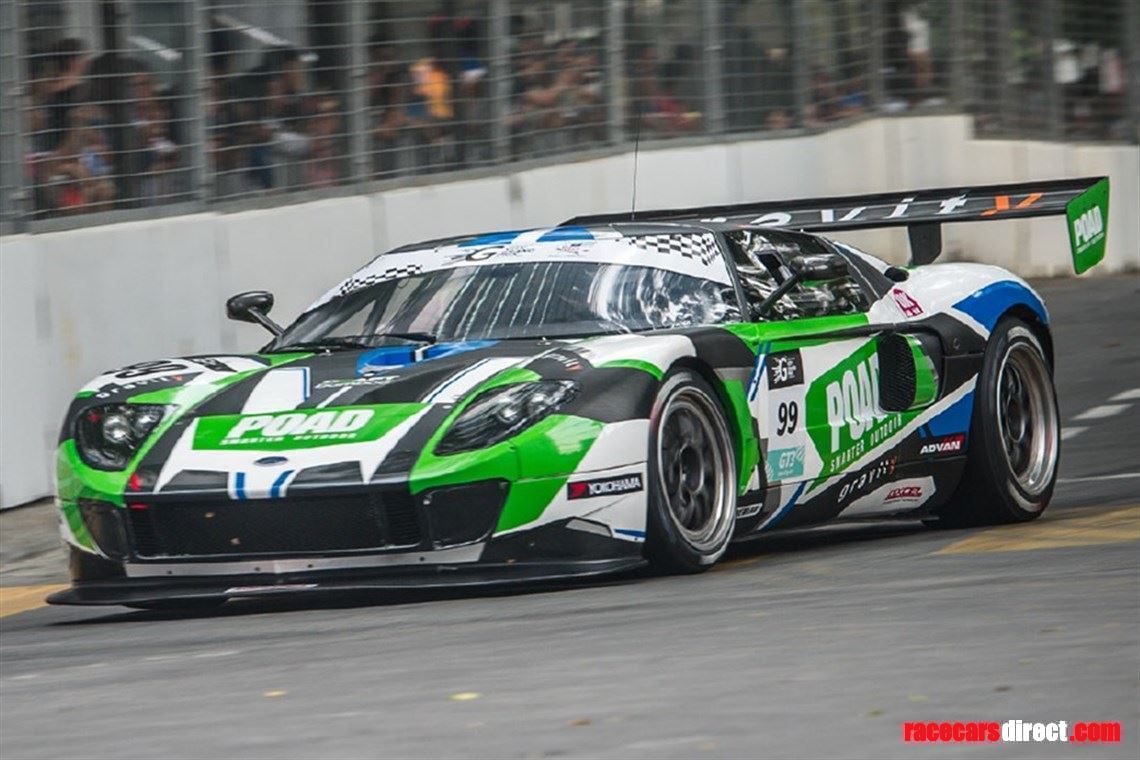 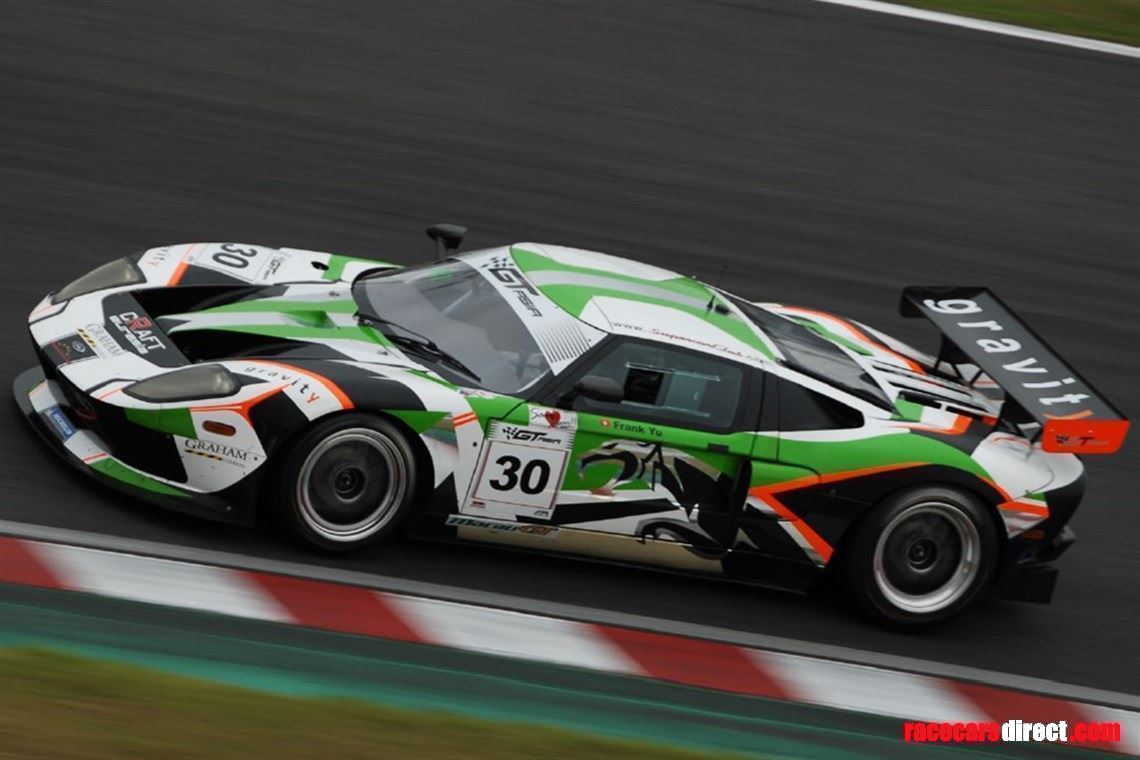 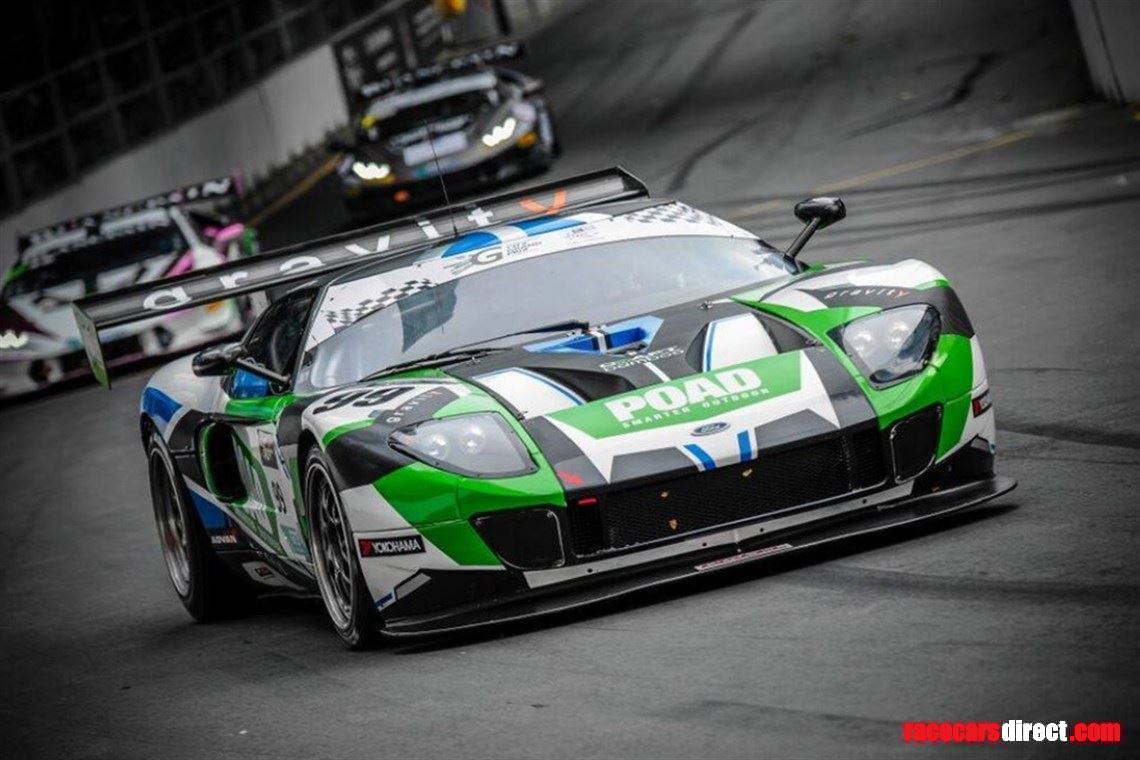 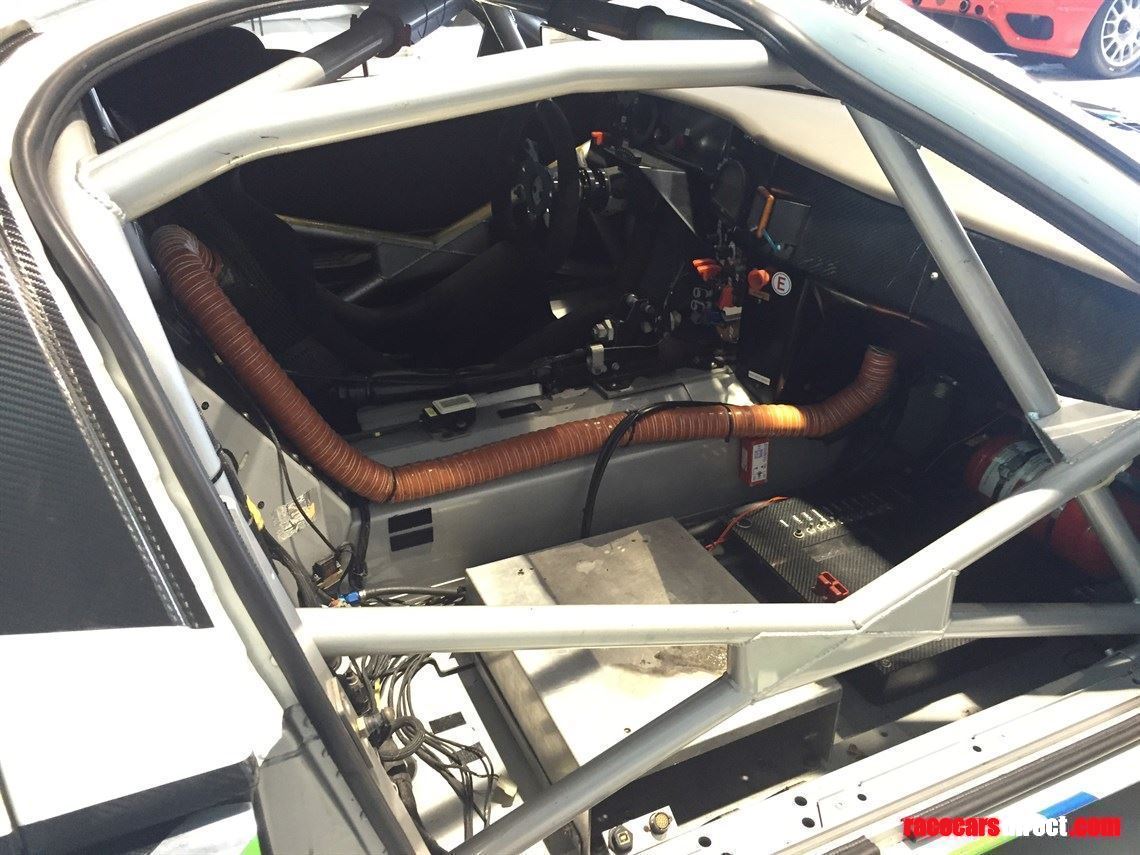 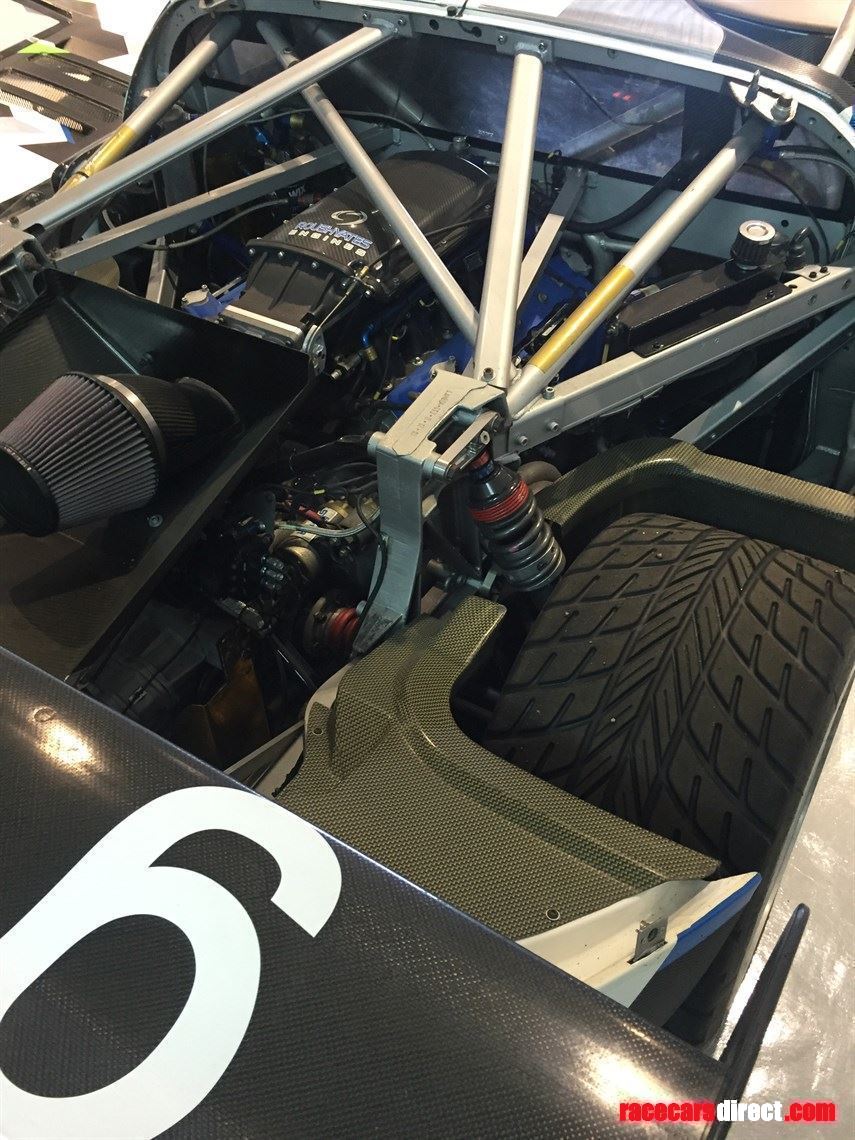 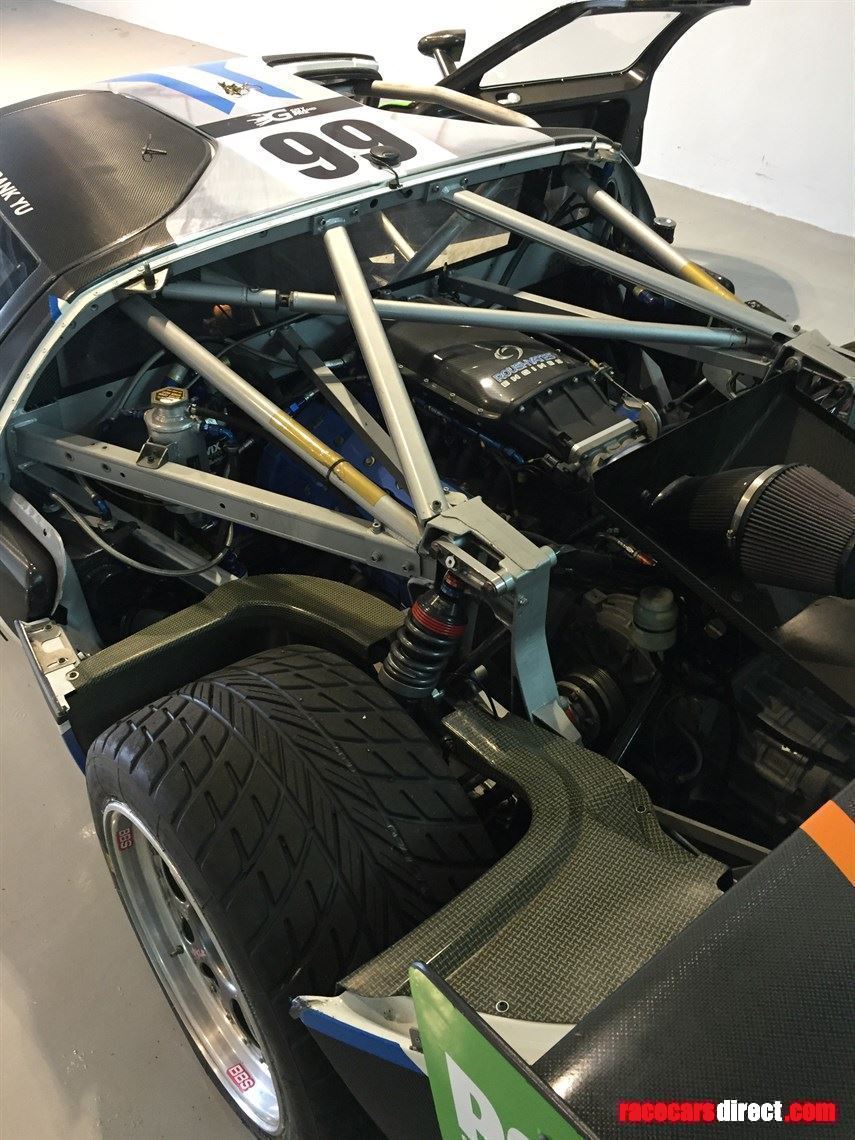 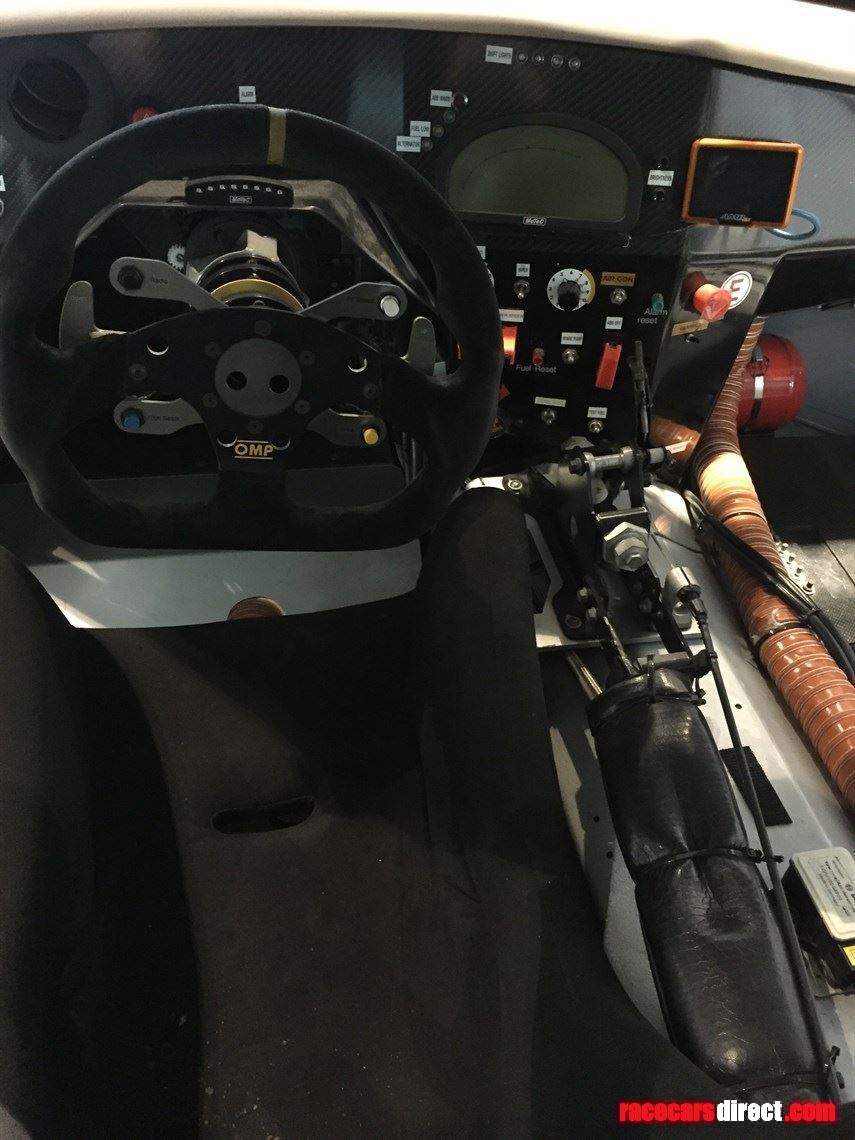 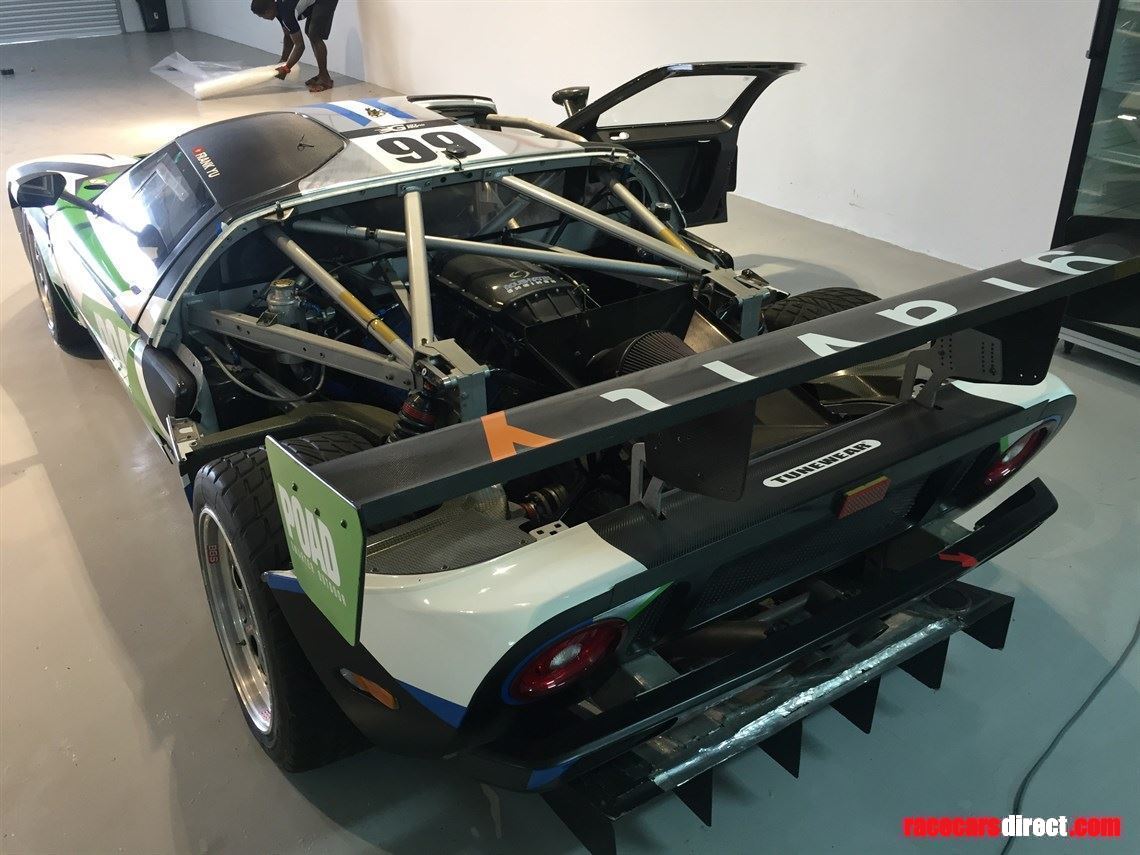 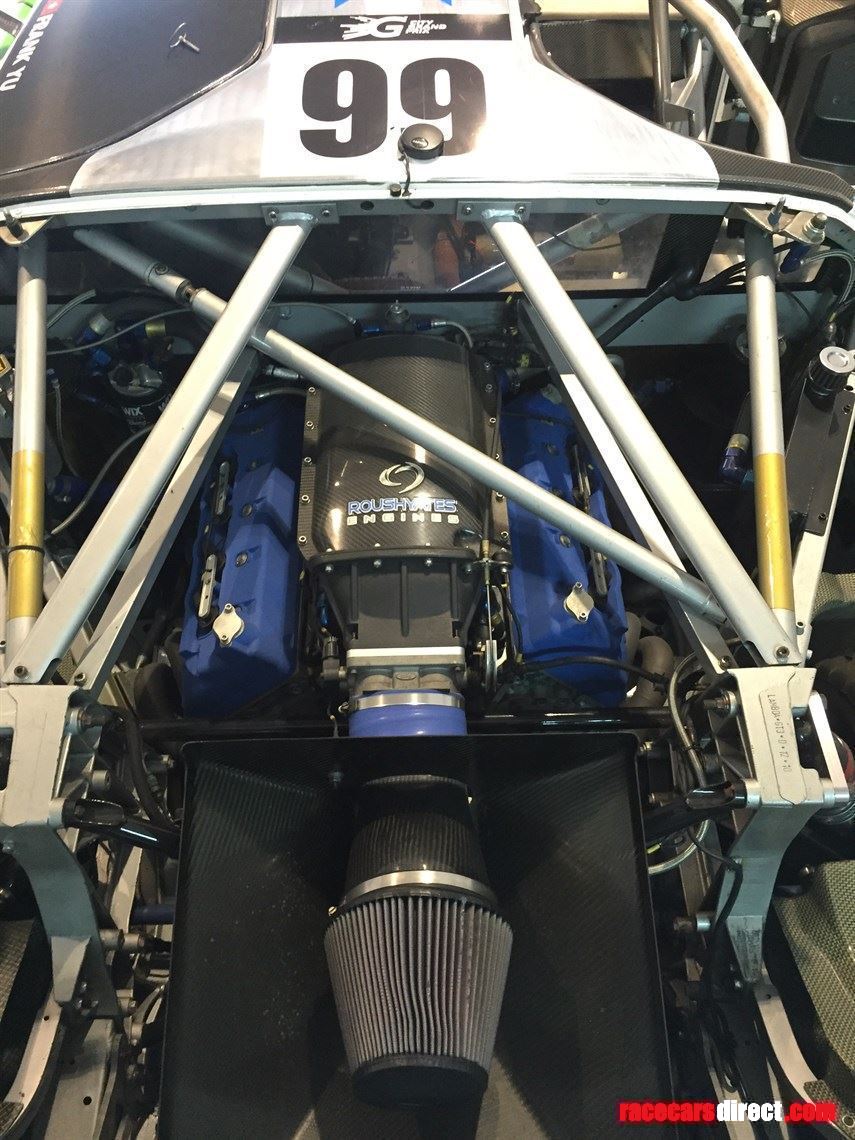 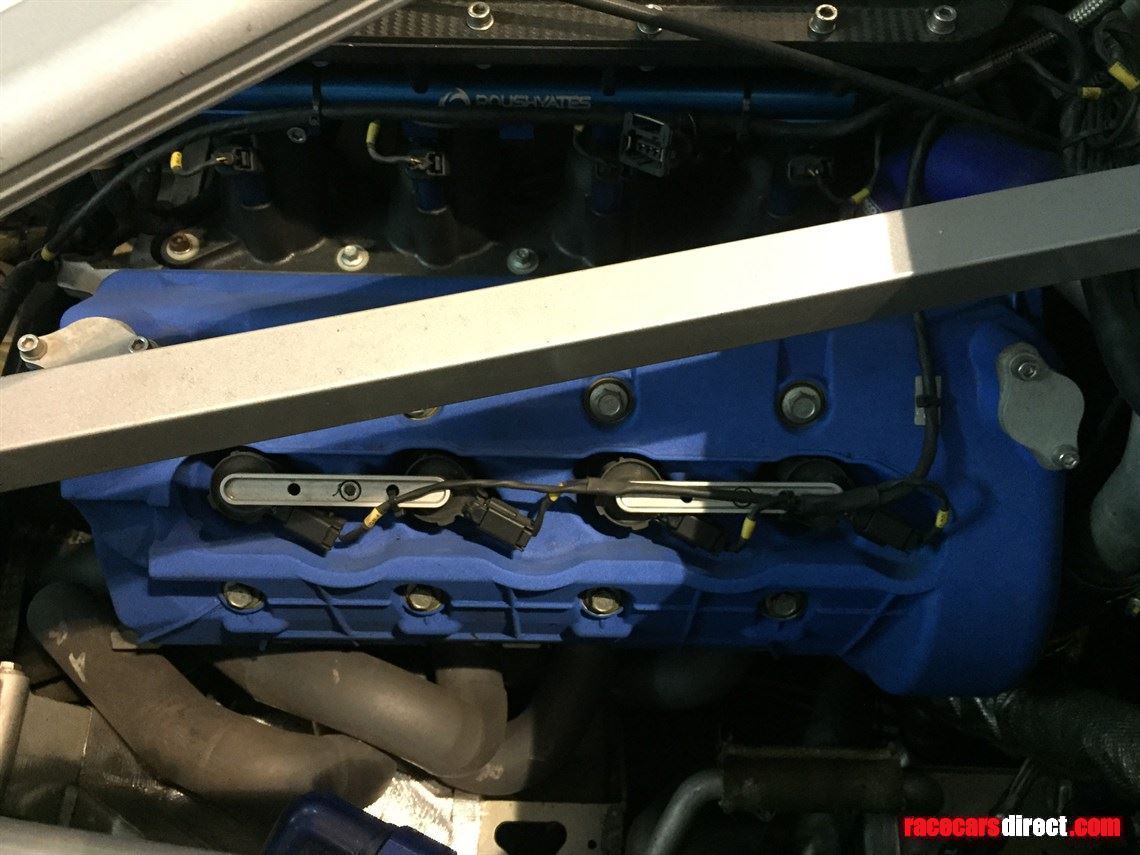 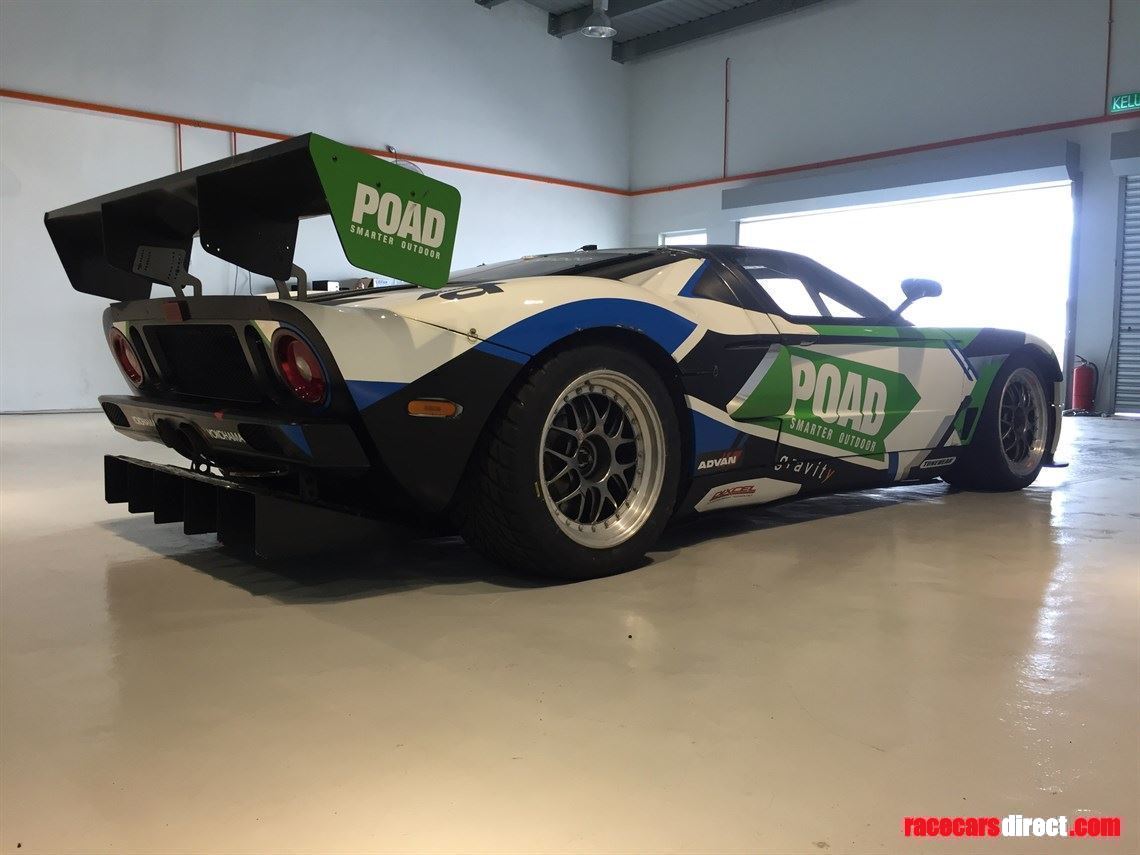 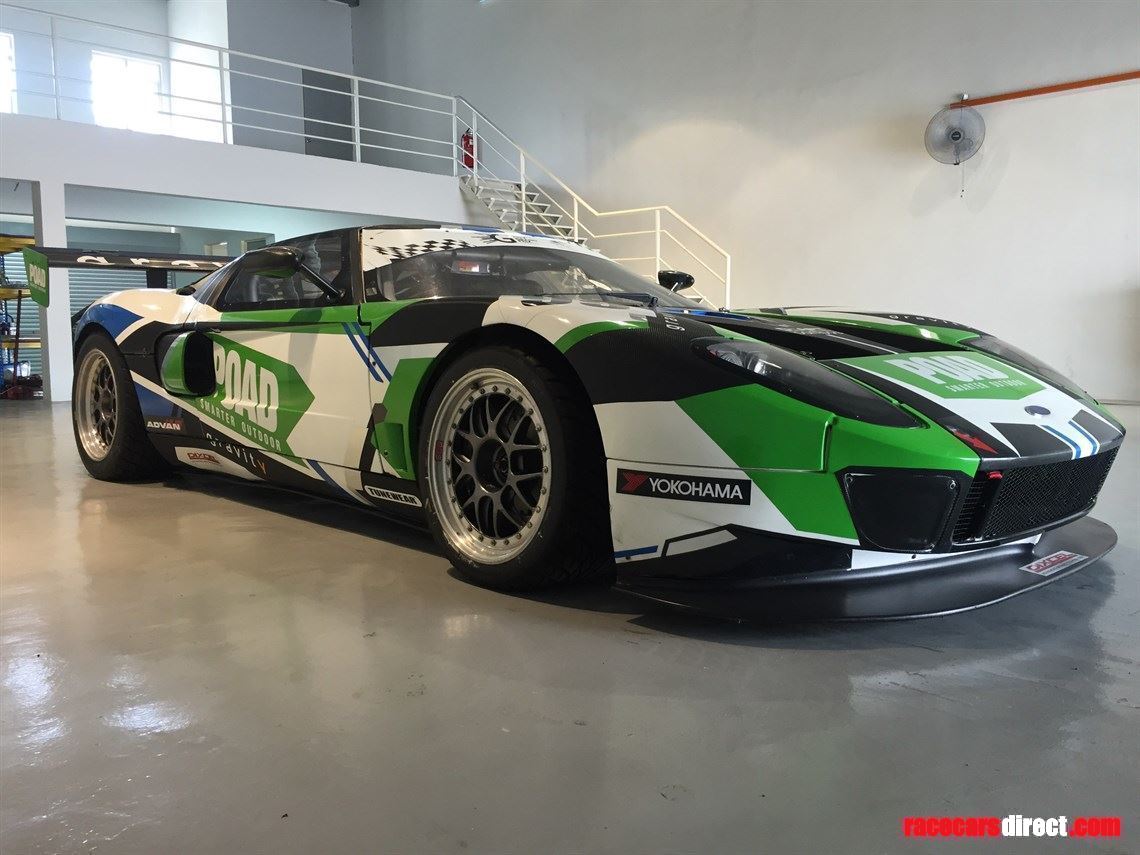 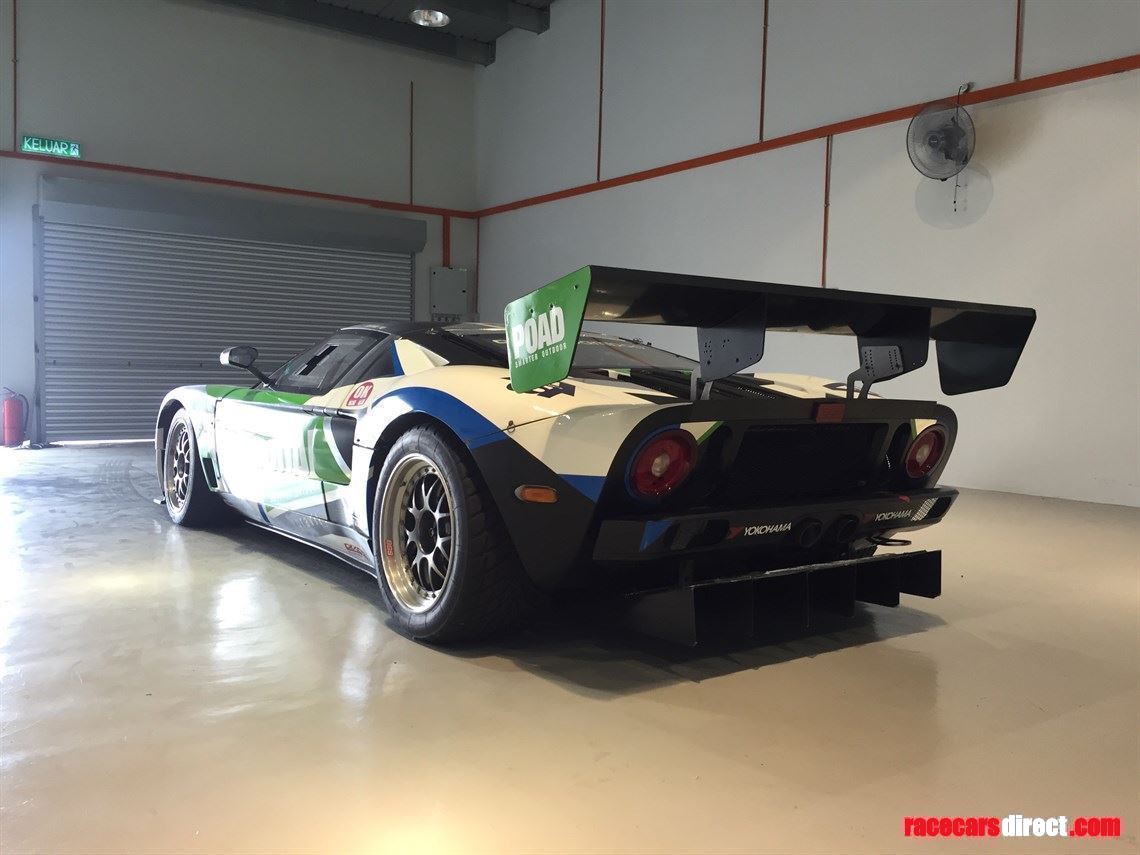 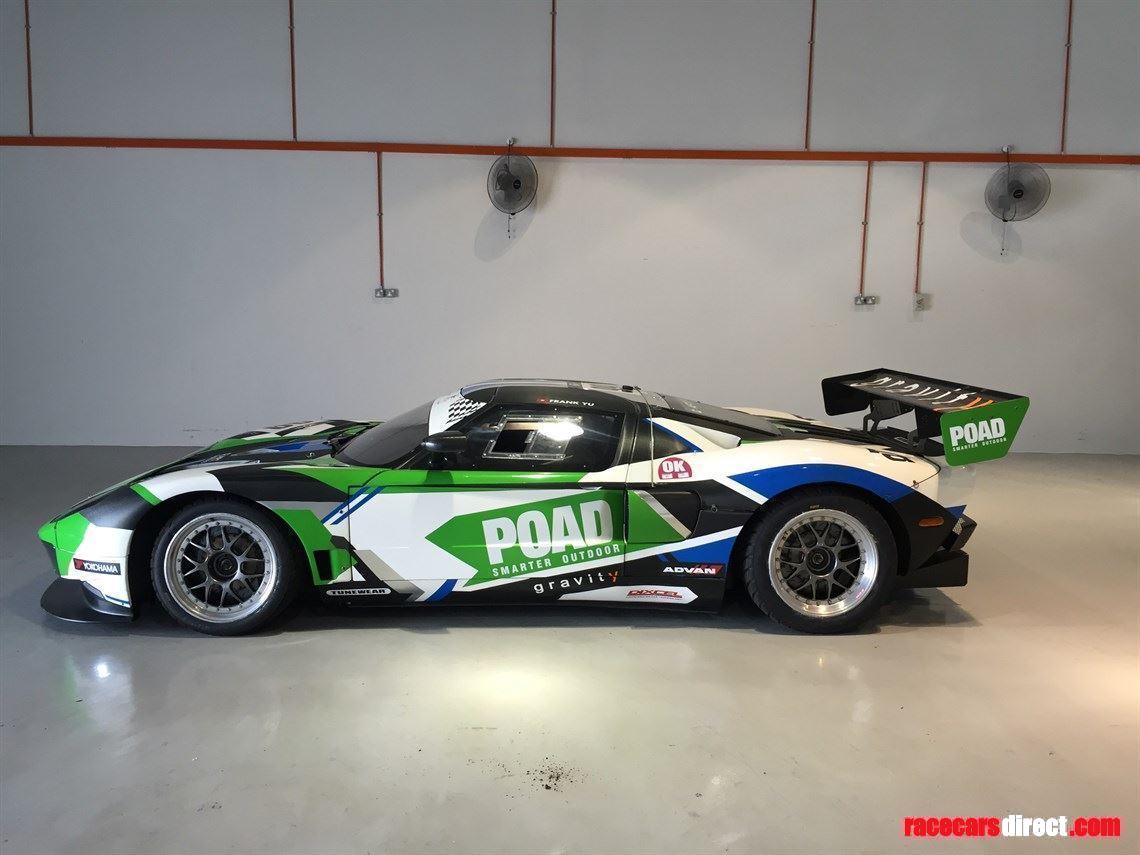 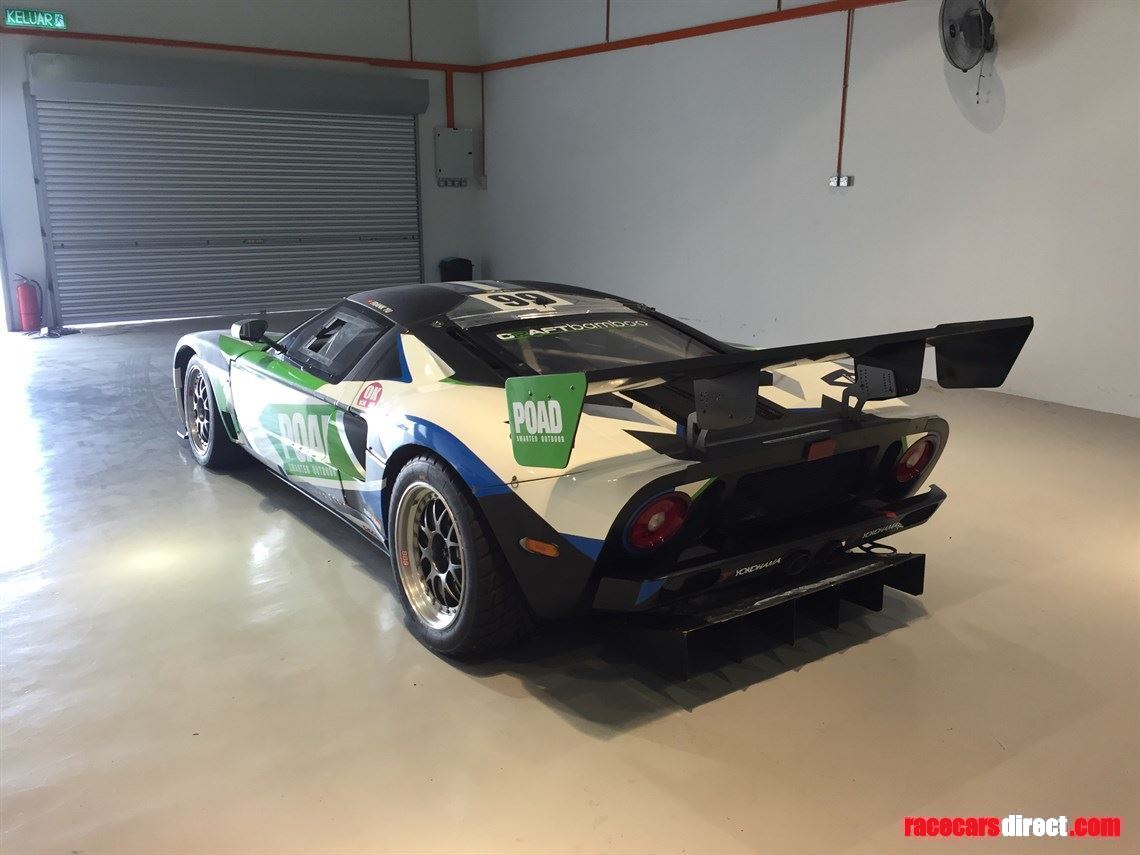 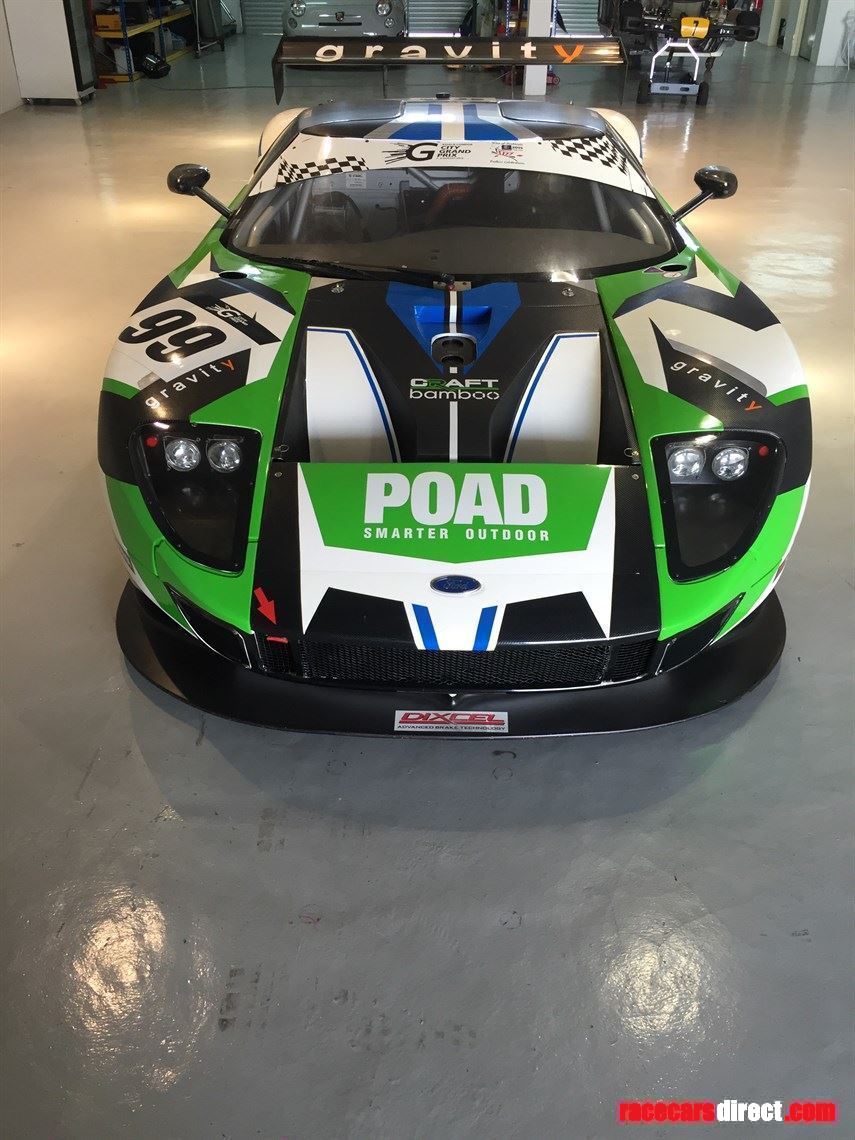 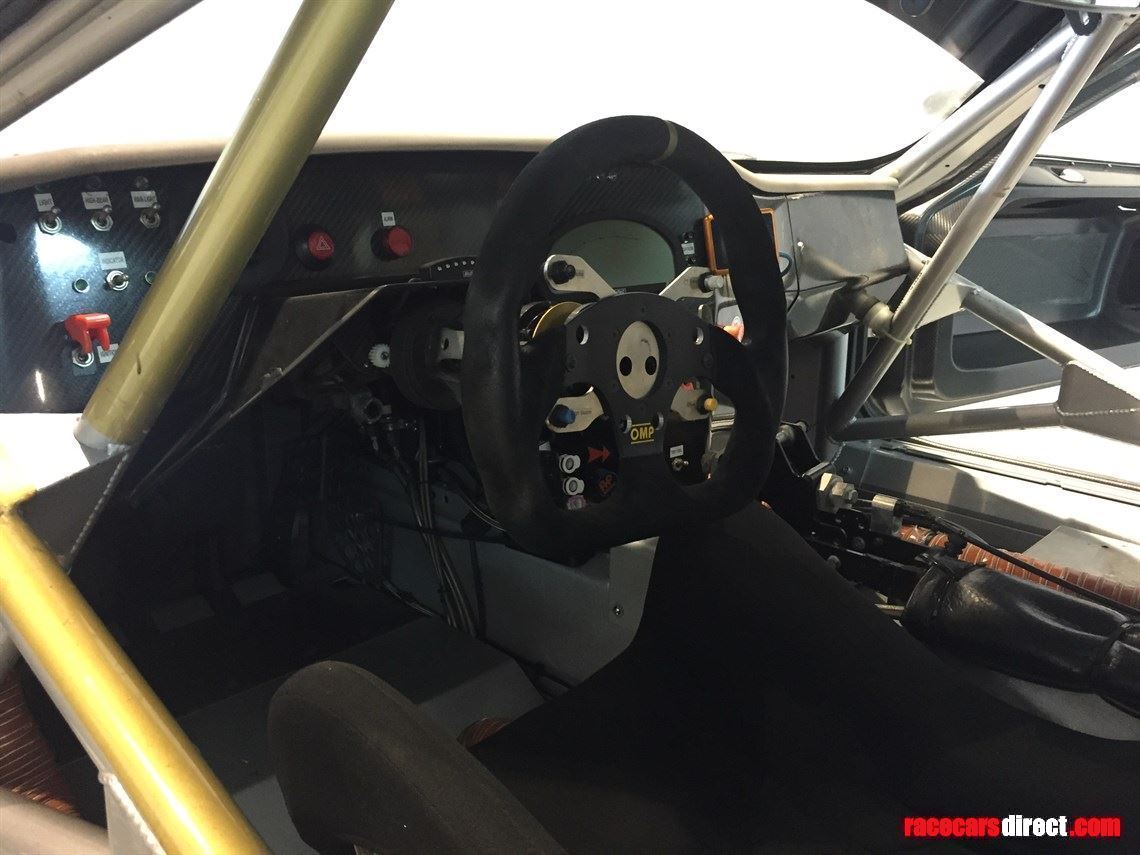 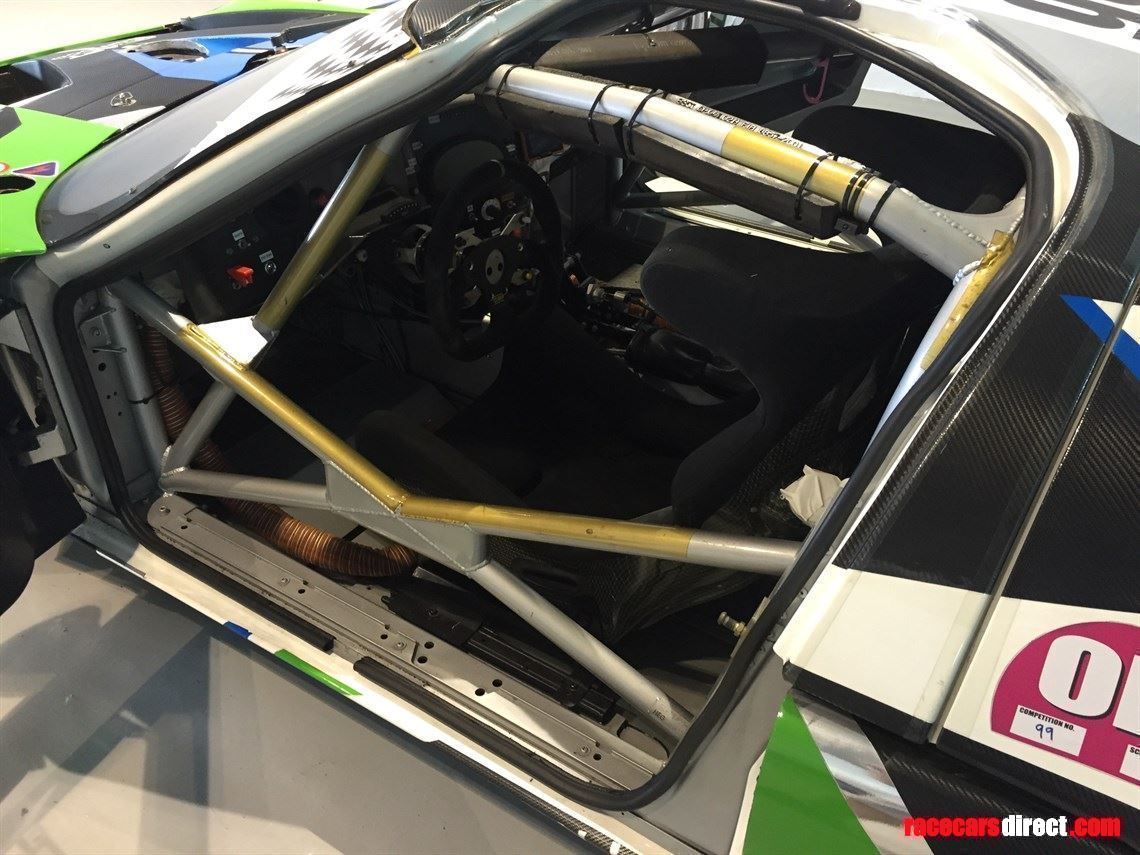 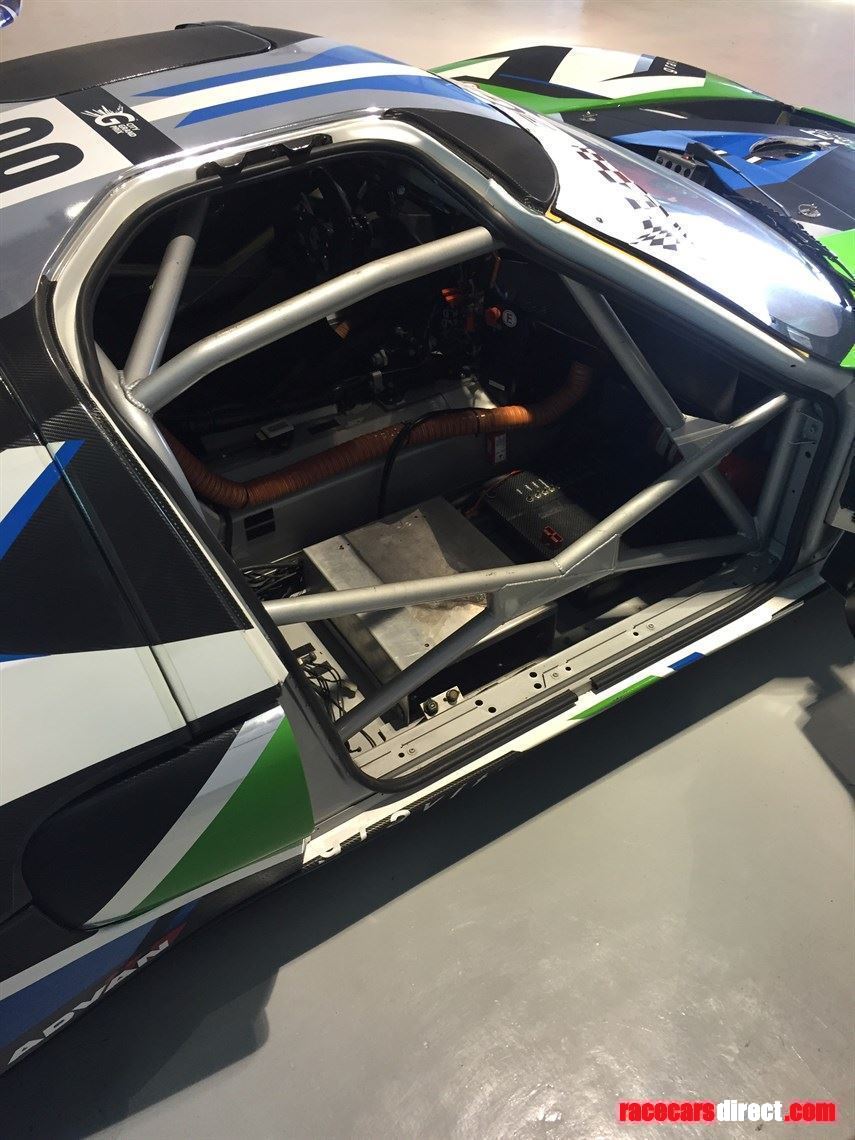 Available to view at the Sepang Circuit in Malaysia.

The 3 Evo cars had a wider front end to reduce understeer, Bosch race ABS, an improved aero package and paddleshift making it a much quicker car than the earlier ones.

These cars cost considerably more than the first 15 'standard' cars and although an EVO package could be bought at a cost of €100k+ for an earlier car it would not be a genuine EVO.

This therefore is the only EVO available as one was destroyed in an accident and the other is in a private collection.

2ND RUNNER UP IN ONE ASIAN LEMANS EVENT IN 2013

THIS CAR IS FITTED WITH ENDURANCE DRY BREAK RE-FUELLING SYSTEM.

Sequential shift back up

The Ford GT began as a concept car designed in anticipation of the automaker's centennial year and as part of its drive to showcase and revive its "heritage" names such as Mustang and Thunderbird. At the 1995 Detroit Auto Show, the Ford GT90 concept was shown. At the 2002 auto show, Ford unveiled a new GT40 Concept car. Camilo Pardo, the head of Ford's "Living Legends" studio, is credited as the chief designer of the GT and worked under the guidance of J Mays. Carroll Shelby was brought in by Ford to help develop the Ford GT; which included performance testing of the prototype car. While the project was still secret, it was called Petunia.

The GT is similar in outward appearance to the original Ford GT40 cars, but bigger, wider, and most importantly 3 in (76 mm) taller than the original 40 in (100 cm); as a result, a potential name for the car was the GT43. Although the cars are visually related, structurally,

There is no similarity between the modern GT and the 1960s GT40 that inspired it. Three production prototype cars were shown in 2003 as part of Ford's centenary, and delivery of the production Ford GT began in the fall of 2004.

When Ford first debuted the Ford GT in 2002 there were no intentions to take it racing, nor was it developed for racing. Thankfully, this didn't stop Matech Concepts and owner Martin Bartek from developing a version for the FIA's GT3 class. The new car took advantage of the GT's sporting engineering and was highly successful, winning the championship in 2008.

Based on one of the most powerful V-8 in Ford’s modular engine family, the Ford GT engine produces 550 hp and 600 Nm of torque.

The chassis is featuring control arms of unequal-length and coil-over spring damper units allowing the car to reduce its ride height to the minimum. Braking is led by 4 piston aluminum Brembo monoblock calipers with cross-drilled and vented rotors at all 4 corners.

The Ford GT features also many new and unique technologies, including super-plasticformed aluminum body panels, roll-bonded floor panels, a friction-stir welded center tunnel, a capless fuel filling system, one-piece door panels and an aluminum engine cover with a one-piece carbon-fiber inner panel. The Ford GT of the 60’s was a legendary race machine with an impressive history. Matech Concepts gave this car the opportunity to make a spectacular comeback on the international racing scene by participating in the FIA GT3 European Championship.

Advertised on behalf of a customer based on information provided by them.

Searching for a water cooler for Ford GT GT3

Searching for a water cooler for Ford GT GT3

Raced in period by Hill, Gendebien, Maggs, and Ireland – Jim Clark won in this car!