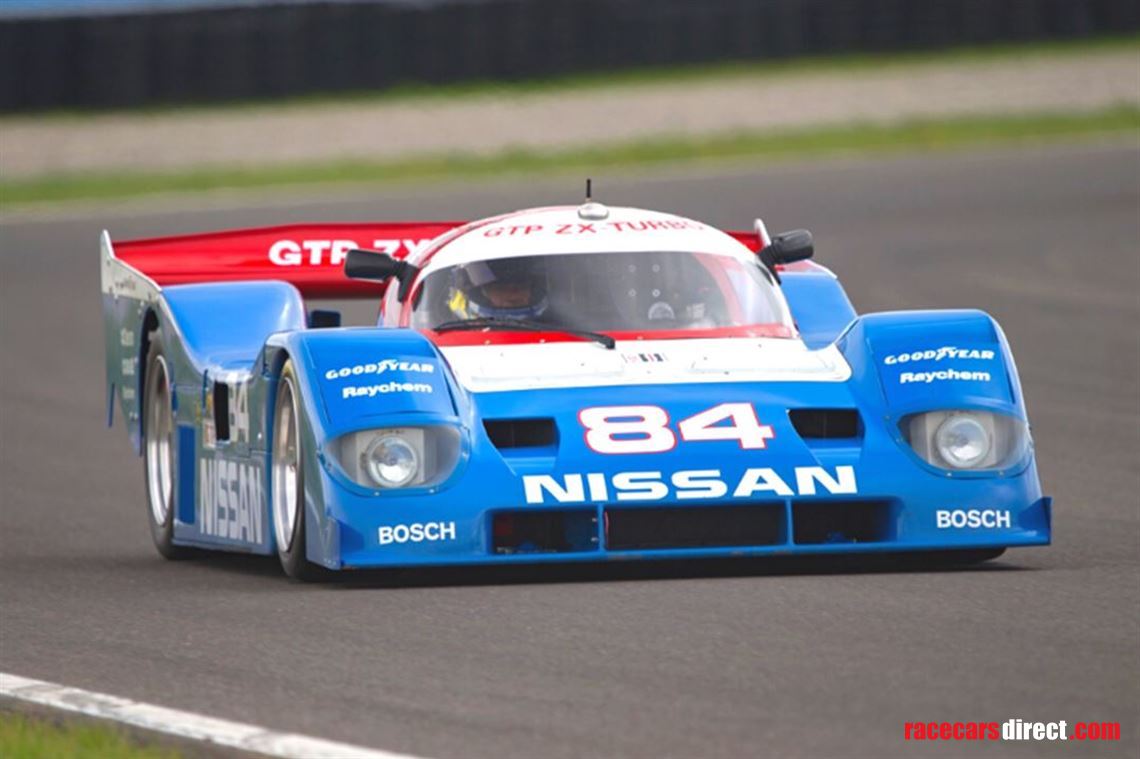 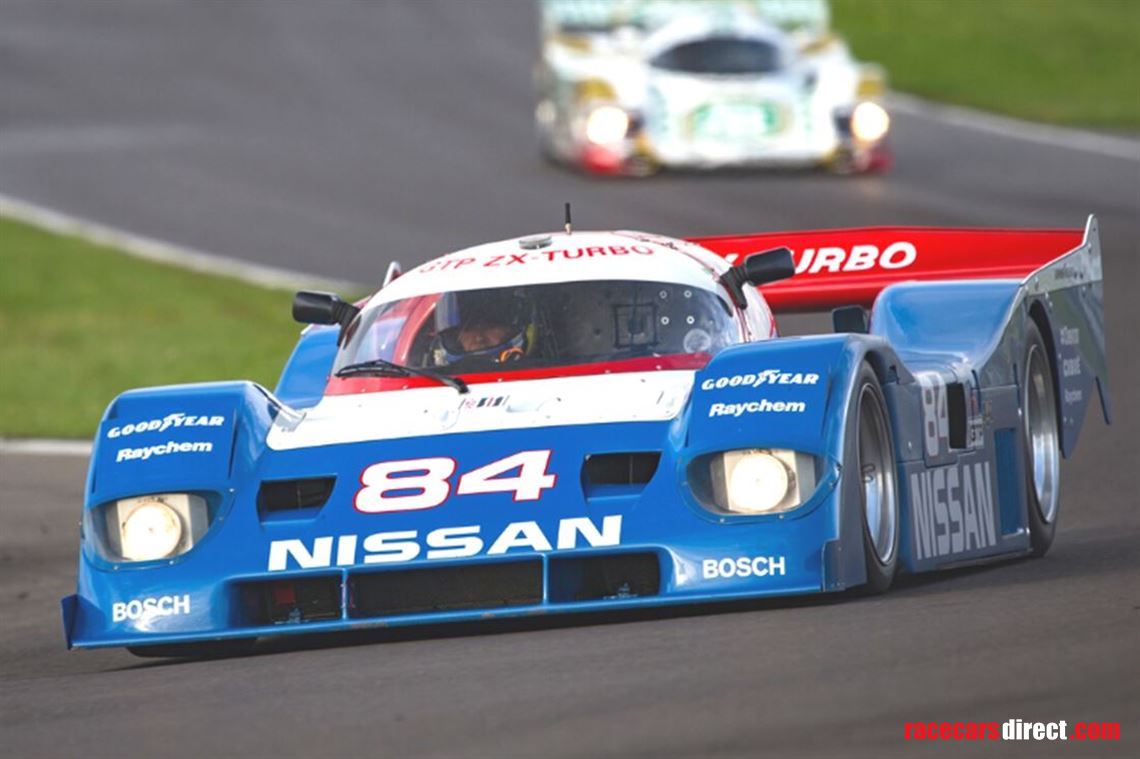 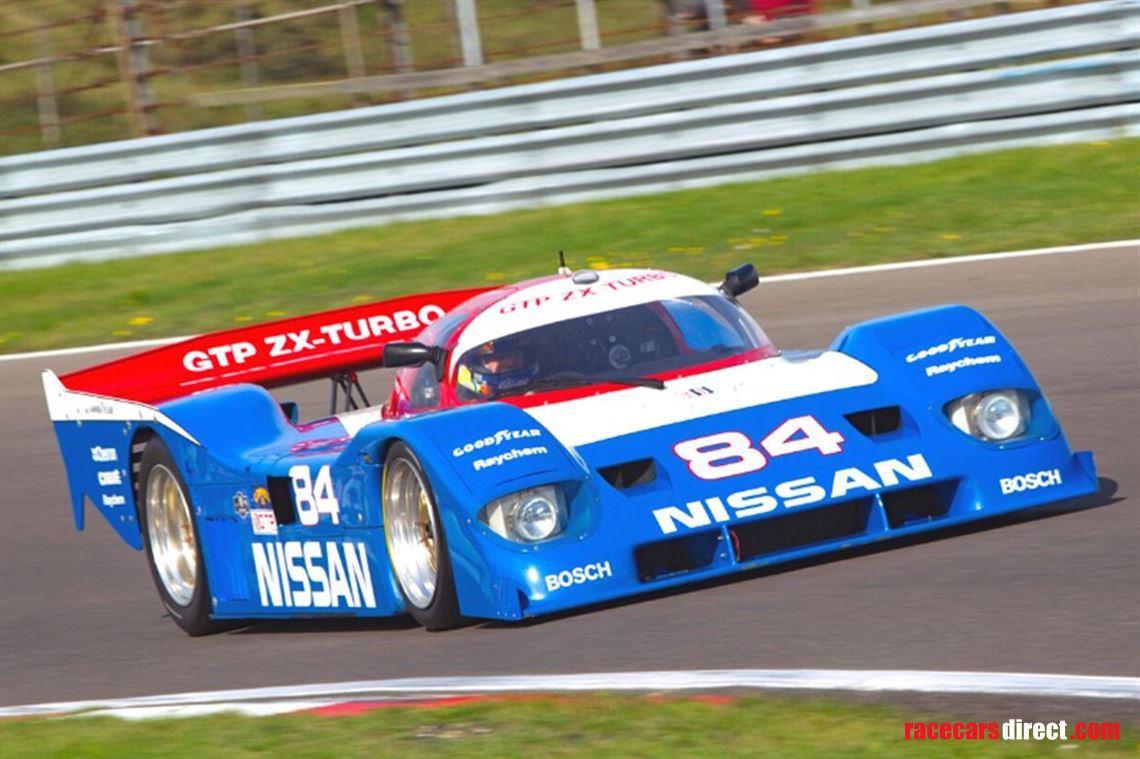 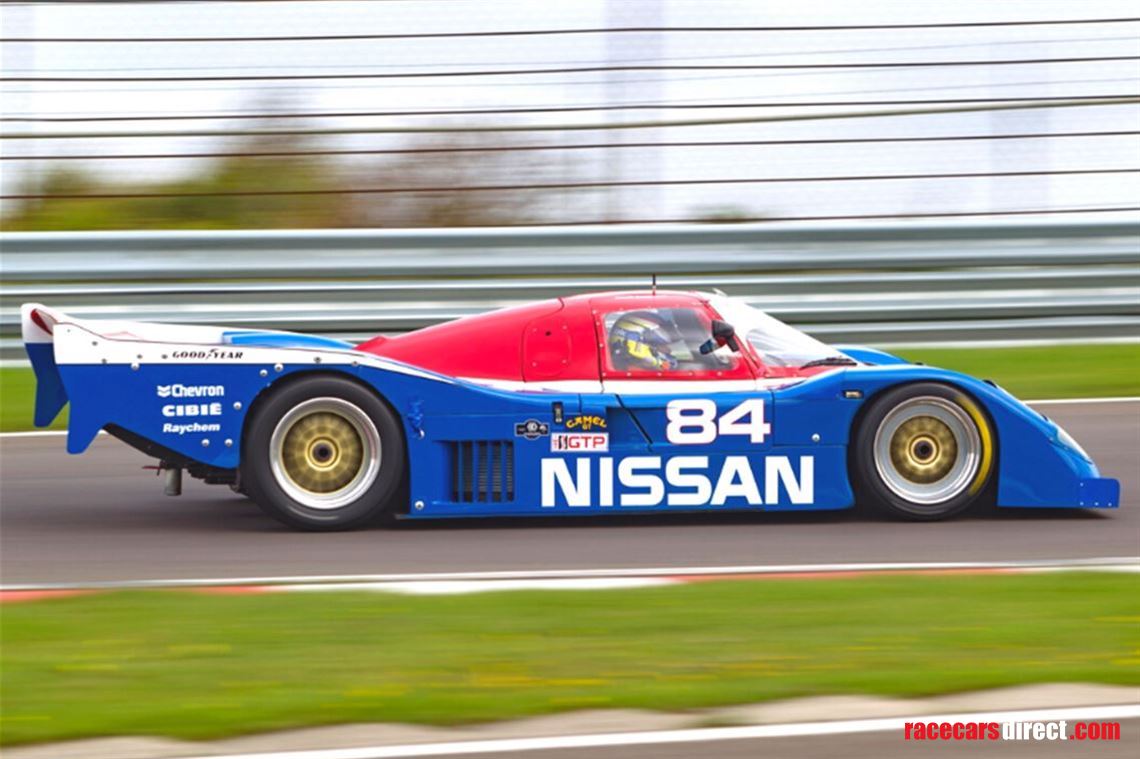 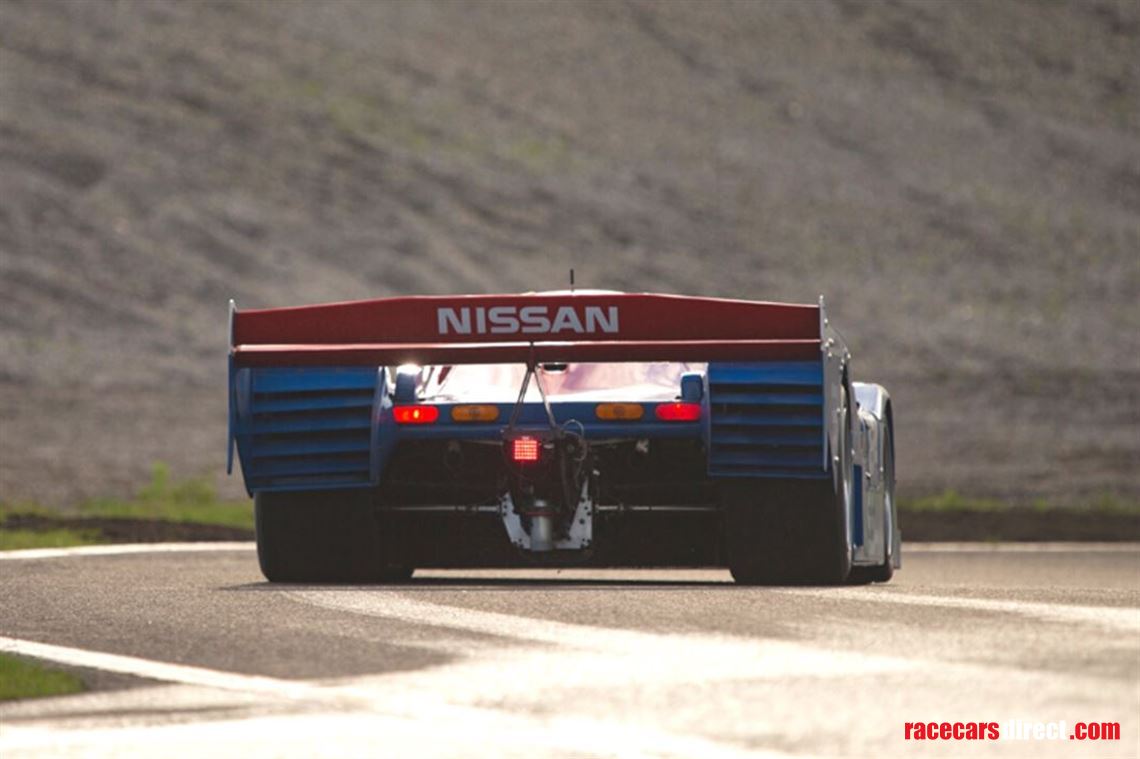 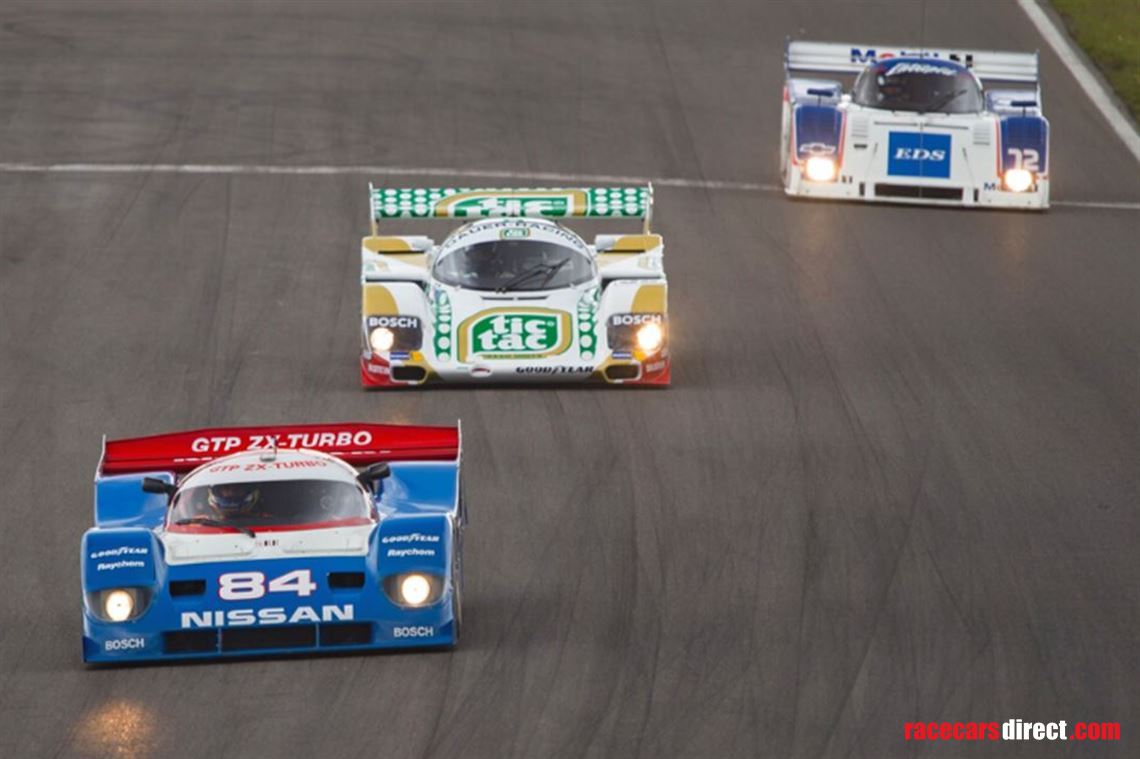 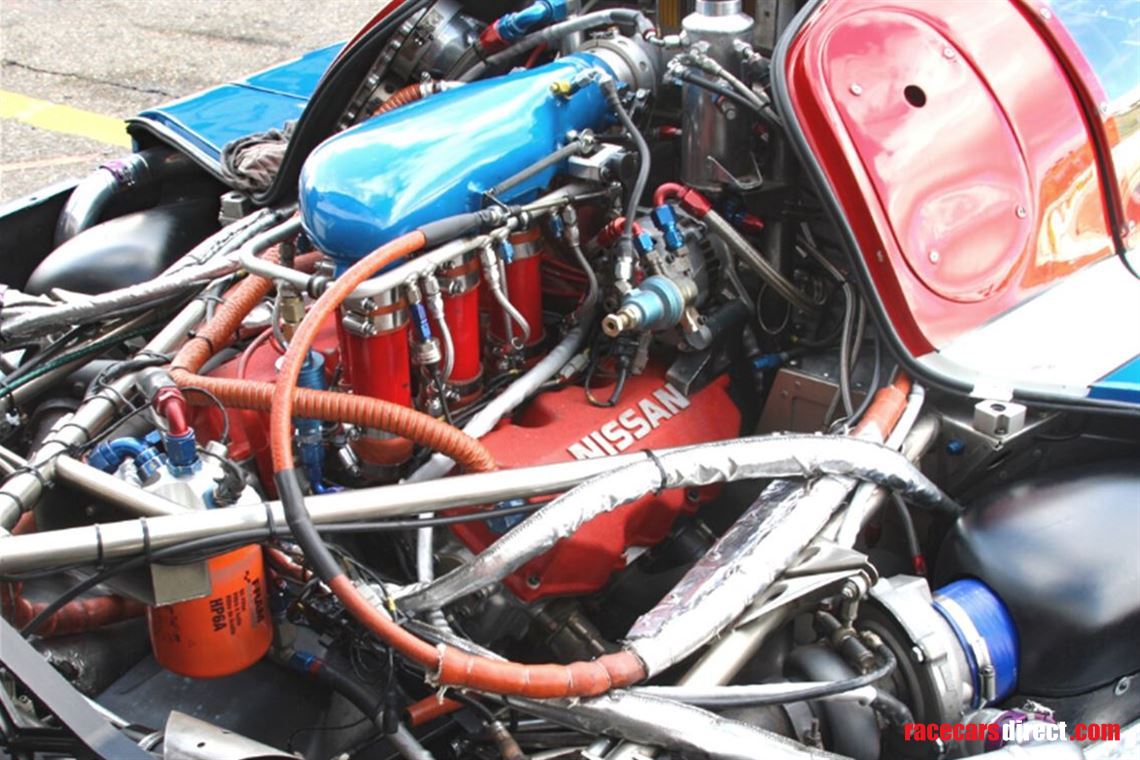 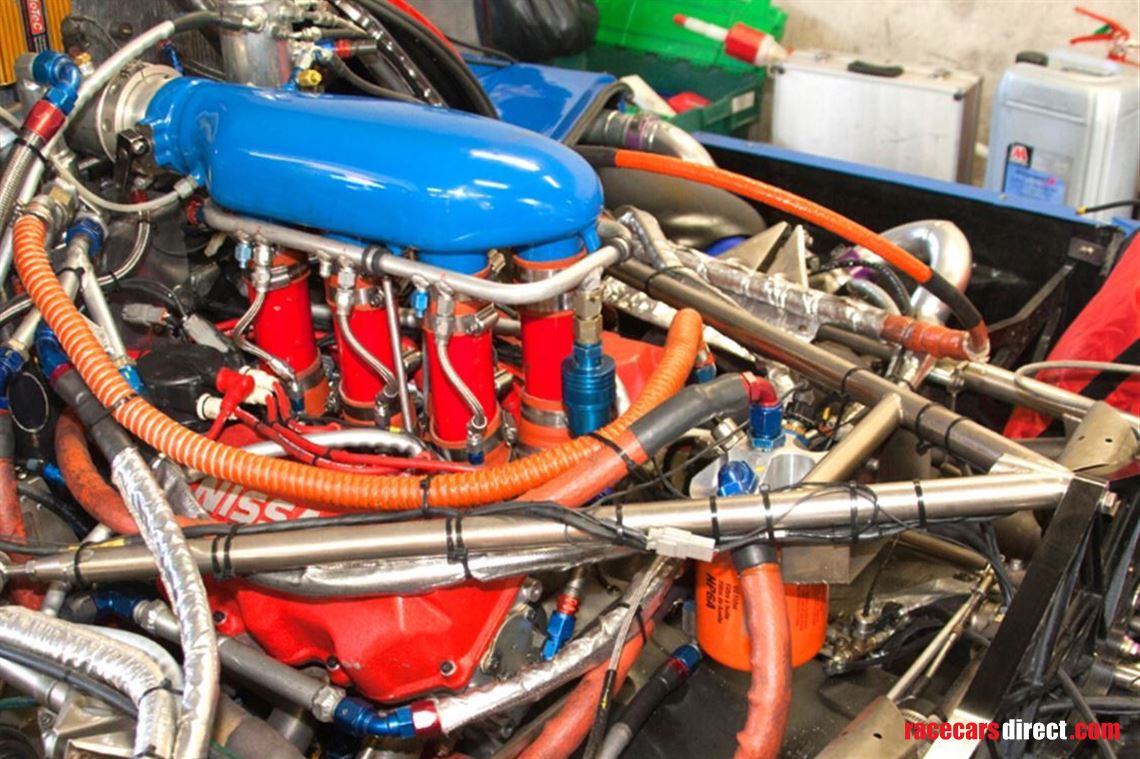 Nissan domination of US endurance racing

At the beginning of the 90s, Japanese manufacturers are very present in Endurance. Mazda wrote its name on the list of winners of the 24 Hours of Le Mans, by winning the Mancelle classic with its rotary engine (1991) and on the other side of the Atlantic, Nissan made a name for itself in endurance racing by winning the highly disputed IMSA GT championship from 1988 to 1991 as well as the 24 Hours of Daytona in 1992. The Nissan NPT-90 is at the heart of this success story:

The origin of the NISSAN program in IMSA GT

The origins of Nissan's success in the United States go back to the beginning of 1985. That year, Nissan sees in the IMSA GT Championship an opportunity to shine and make its models better known. So the Japanese turned to Lola to produce a brand new car. The T810 goes on track, and quickly becomes the Nissan GTP ZX-Turbo, for obvious marketing reasons. A way to evoke in a clever way the Nissan 300ZX of series, with which it shares its V6 turbo. The program is crowned with success in 1988 with a series of 8 races without defeat and the title of IMSA GT champion for Nissan and Geoff Brabham. Ditto in 1989. It is a great demonstration of strength for Nissan, while Jaguar, Toyota, Chevrolet, and a horde of Porsche 962 were fighting for the title. Behind these successes we find Electramotive, the structure created by Don Devendorf. Engineer and radar designer during the week, he drives on weekends. This brings to Datsun (brand of the Nissan group) a real notoriety in the 70s and 80s. His commitment is so strong that he quickly climbs the ladder to become the logical choice of Nissan to launch the official program in 1985. In 1989, Nissan bought Electramotive Engineering and brought more stability to the structure. Rumor has it that Nissan injected 25 million dollars annually into the program. Stability and means! While the contracts were in the past renewed every year, Nissan wants to have a more solid base. It therefore renamed the whole Nissan Performance Technology Inc (NPTI). In workshops with the point of technology, NPTI develops the replacement of the GTP ZX-Turbo which had won the IMSA GT Championship in 1989, which will become the NPT-90.

Yoshi Suzuka who had brought many aerodynamic improvements to the LOLA T810 to make the GTP ZX-T can give free rein to his creativity, by starting from a blank sheet. Thus, he completely rethinks the air flow and positions this time the water radiator at the front with a large air intake just above the splitter to evacuate the hot air in front of the windshield. In order to increase the aerodynamic charge and to limit to the maximum the disturbance of the air flow by mechanical elements, it redesigns the front and rear suspensions and optimizes the air intakes feeding the intercoolers and the turbos. The position of the engine is also the subject of a specific treatment serving aerodynamics: the propulsion block is slightly tilted upwards in order to leave enough space under the car for large tunnels that allow a better ground effect. On the engine side, we find the Nissan VG30-GTP 3 liters Bi turbo coupled to the Hewland VGC 6 speed gearbox. Initially equipped with 12 valves, it will be evolved into 24 valves. The chassis is built in aluminum honeycomb, much more rigid than the GTP ZX-T, while both chassis are the same weight. Throughout the Nissan GTP program, the chassis will remain unchanged.

The IMSA GT season is already well underway when the NPT-90 makes its debut in 1990 at Topeka. Quickly, the performances are up to the expectations. Victory for the 500 km of Mid-Ohio, idem at Watkins Glen, new success at Road America.

It is entrusted to the champion in title, Geoff Brabham who qualified in second position and classified in the 5th place of the race. On the Del Mar circuit, it is a copy pasted with exactly the same results.

Finally, it is the consecration for our car with a scratch victory at the 12 Hours of Sebring 1991. Geoff Brabham, Derek Daly and Gary Brabham win. Nissan offers itself a double victory since the 90-02 chassis finishes in second place in front of two Porsche 962 C of Team Joest and the official Jaguar XJR12.

At the 2 Hours of Miami, Geoff Brabham climbs once again on the podium (3rd) thanks to 90-03. At the 300 km of Road Atlanta, Derek Daly this time at the wheel, has an accident during the tests, the car will be put back in order to be used as spare car.  To note that according to the information which we have, a Nissan NPT 91 carrying the same chassis number was built and entered by NPTI then sold to Gianpiero Moretti who entered it with MOMO livery. There were indeed two distinct cars in period and not afterwards as it can happen...

Restored by Matrix Motors at the end of the 90s, the Nissan NPT 90 #90-03 was then acquired by Peter Stoneberg who exhibited it during the fiftieth anniversary of the 12 Hours of Sebring alongside the other winners of this prestigious American race.

Its current owner acquired it in 2012 and entered it in the Historic Grand Prix of Zandvoort in 2014, and it was a new victory to add to the record of this rare Nissan NPT90 which is to our knowledge, the only one to still have a 12 valves engine.

This fabulous machine won the 12 Hours of Sebring in 1991 and is an extremely desirable car for endurance enthusiasts. It is eligible for the most prestigious events in the world.

its a great car to get into sports sedans, and at 40 grand is cheap