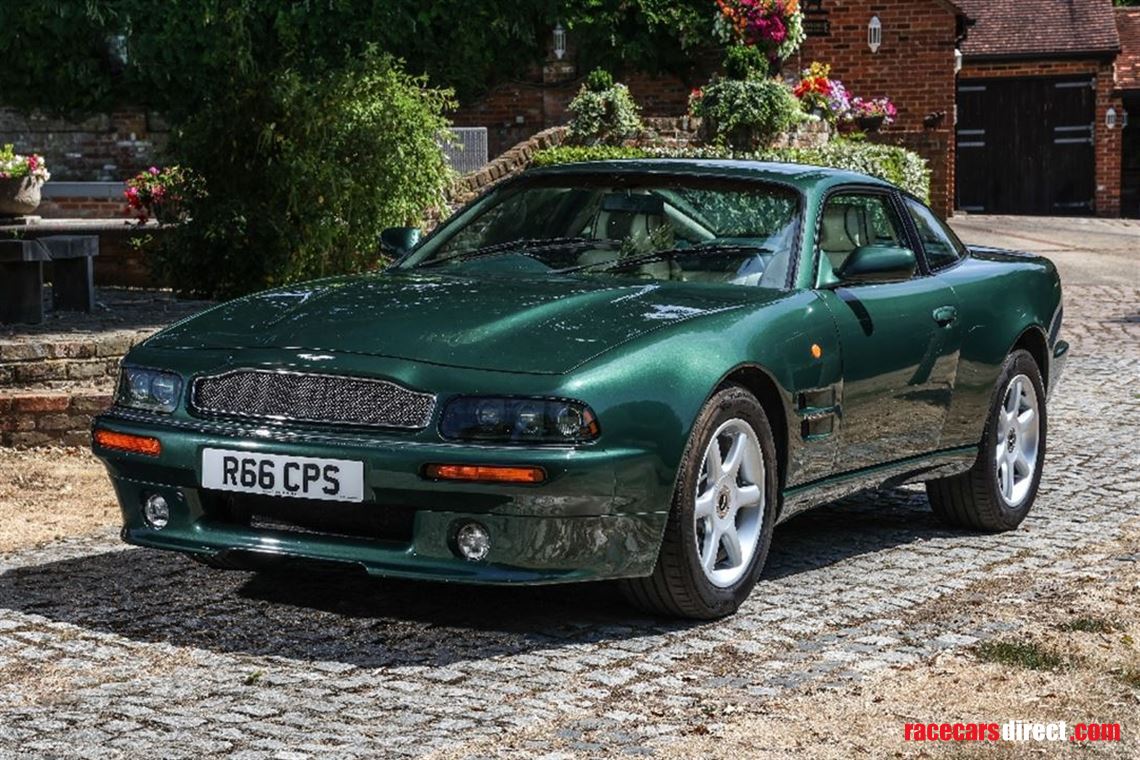 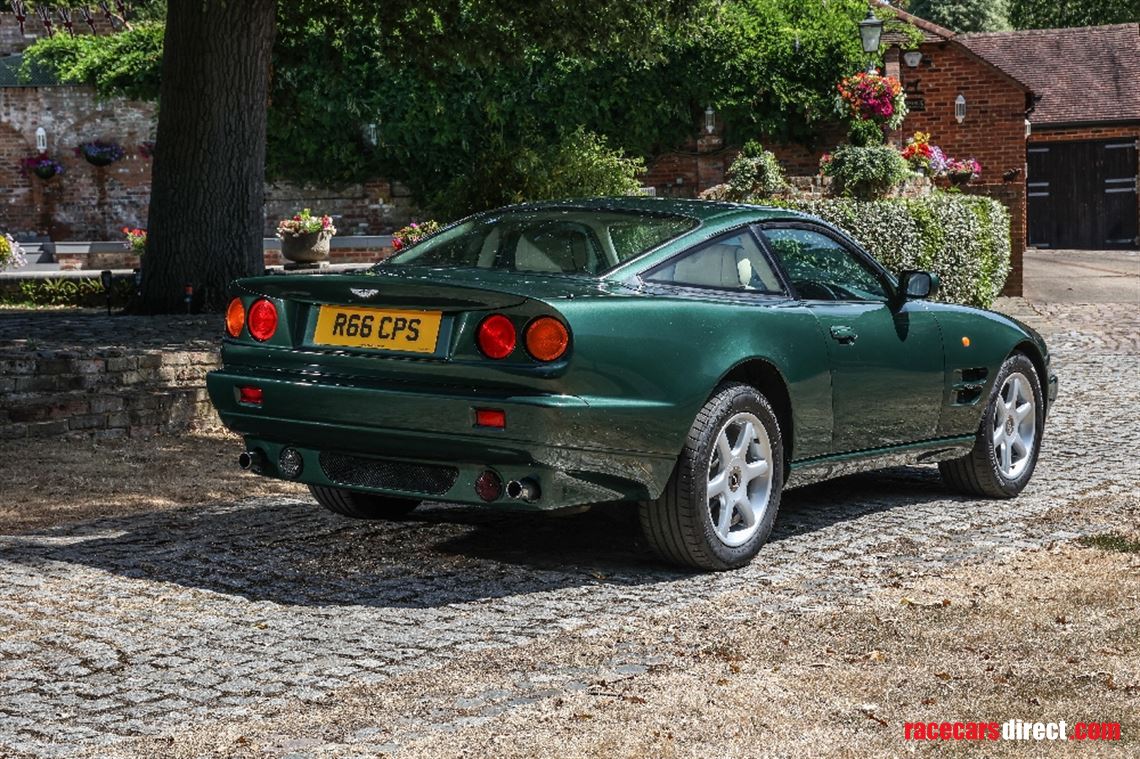 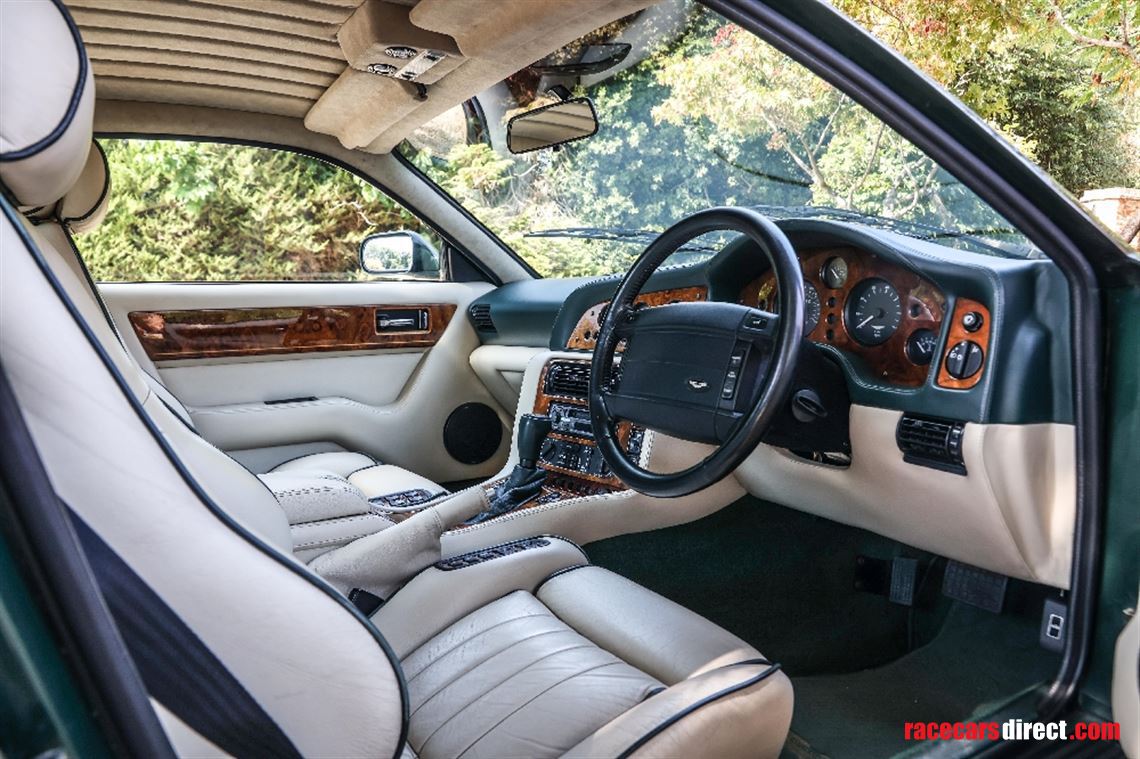 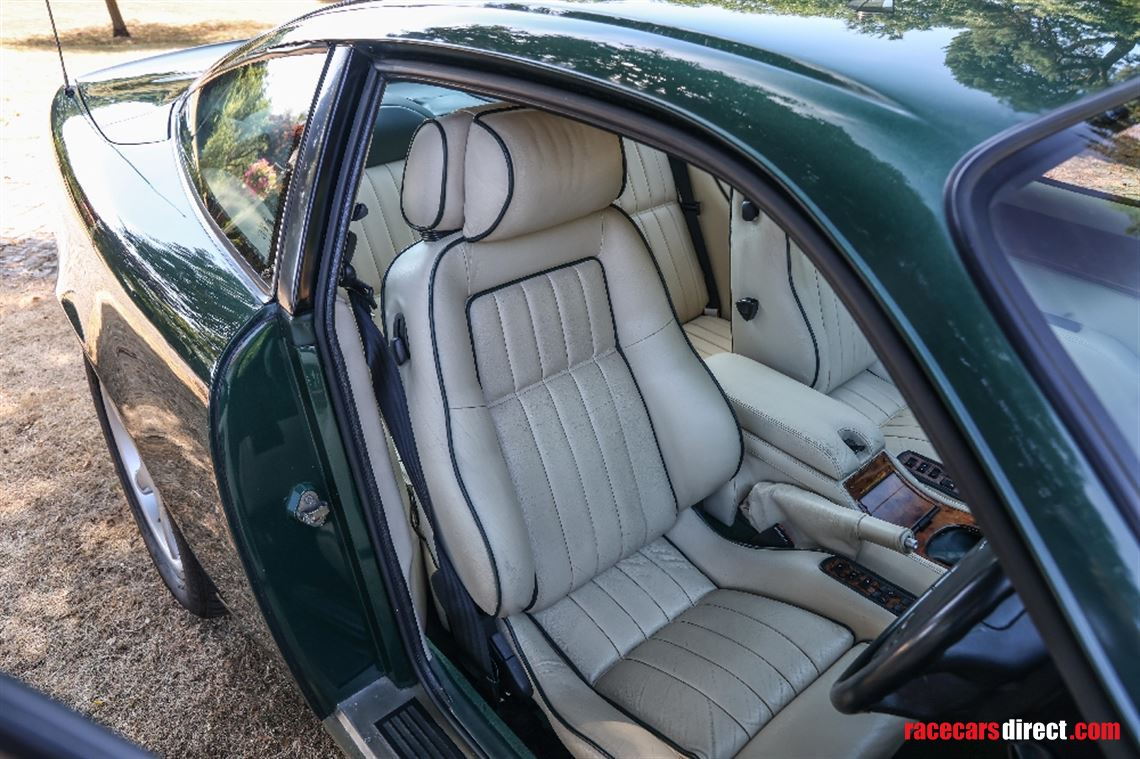 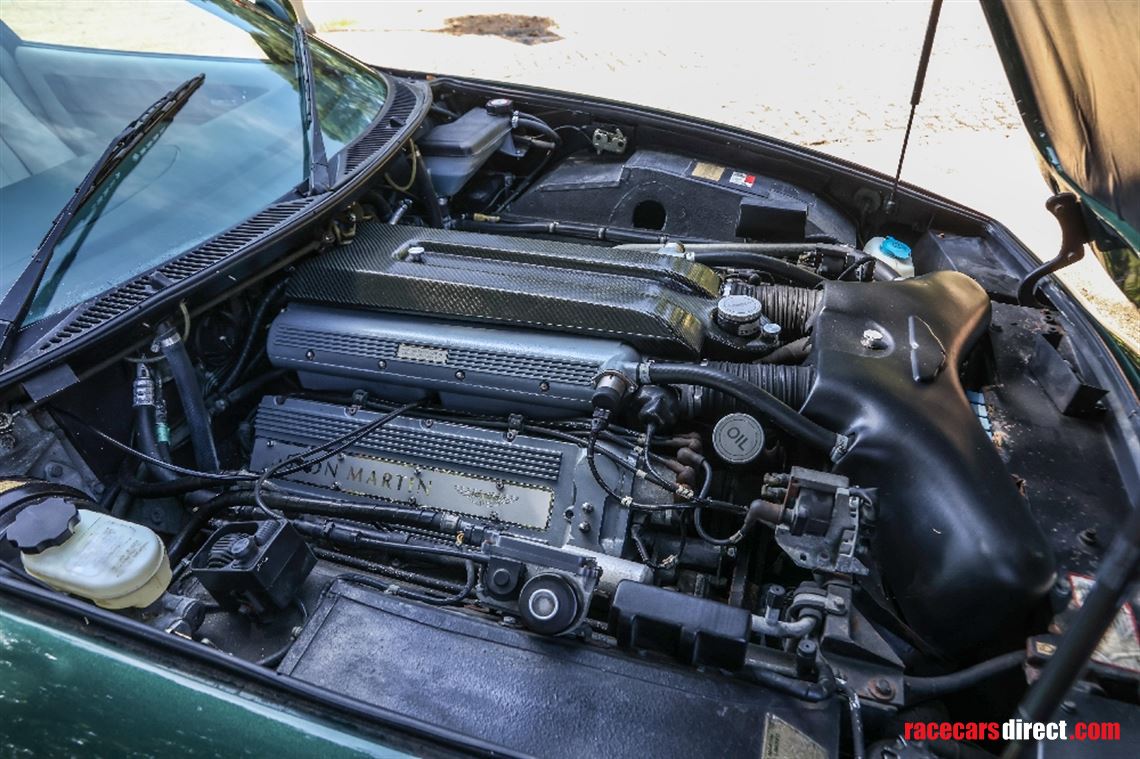 Unveiled at the 1996 Geneva Salon, these V8 Coupe's slotted into the Aston Martin range below the flagship Vantage and Volante models. In some ways a more elegant, user-friendly version of the Vantage, the newcomer had slimmer wheel arches and a less overt front air dam. It was powered by a normally aspirated version of the 5340cc ‘quad cam’ V8 Vantage engine, the output of which was still pretty sizeable at 349bhp and 369lbft of torque – sufficient to propel the 2+2-seater Coupe to 60mph in around 5.9 seconds and on to a top speed in excess of 155mph. Four-speed automatic transmission was standard fit for this model, which rode on distinctive six-blade OZ Saturn alloy wheels, the spokes of which were a tad slimmer than those of the Vantage. The rims were shod with Pirelli P Zero 225/50 tyres. Only 101 of this rare model were ever produced and production ceased in 1999. This  beautifully  presented V8 Coupe has had only one owner since July 2000 and has covered only 38,000 miles. Due to pressure of work, it has remained in storage since 2016 but has recently been completely recommissioned by recognised Aston specialists Pugsley and Lewis at a cost of almost £16,000.  Finished in Buckingham Green with a beautiful Parchment hide interior piped in green  and best quality Wilton carpets. The Aston’s suitably impressive specification includes: sports exhaust, cruise control and heated seats, air conditioning and automatic transmission. These Limited edition, Newport Pagnell-built V8s are arguably among the last truly hand built Aston Martins models and becoming increasingly collectable and excellent value at £87950

Car Storage and Workshop at Spa-Francorchamps