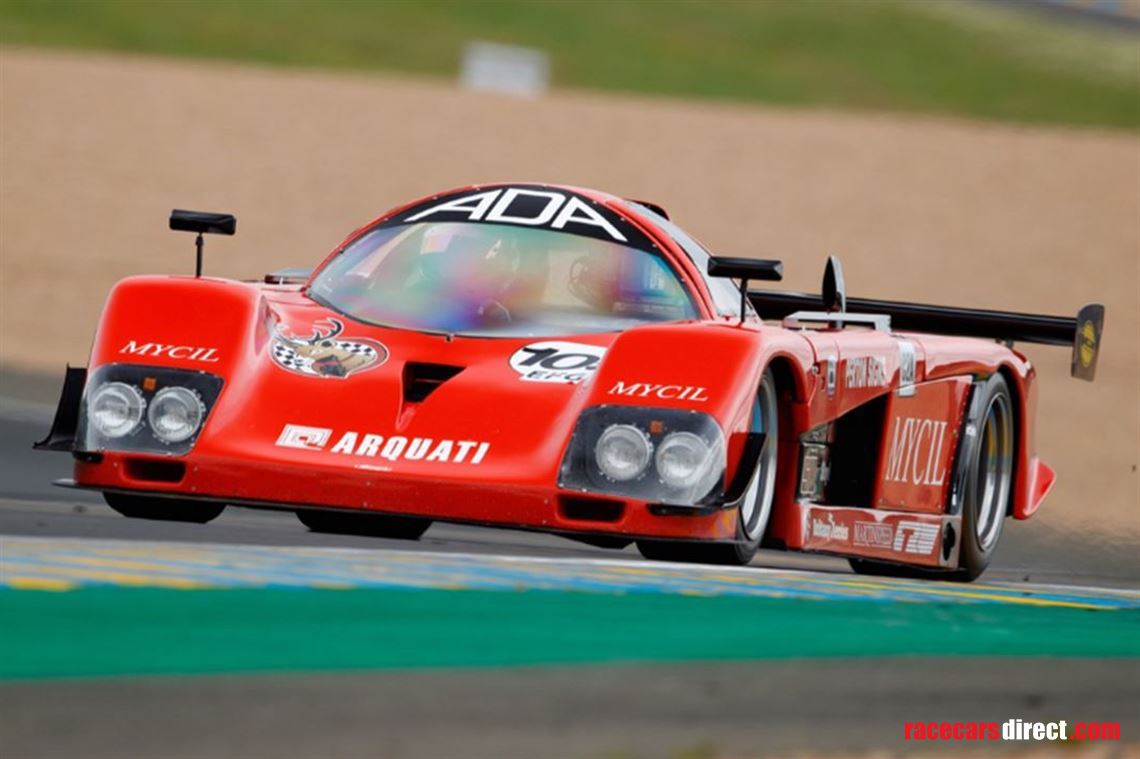 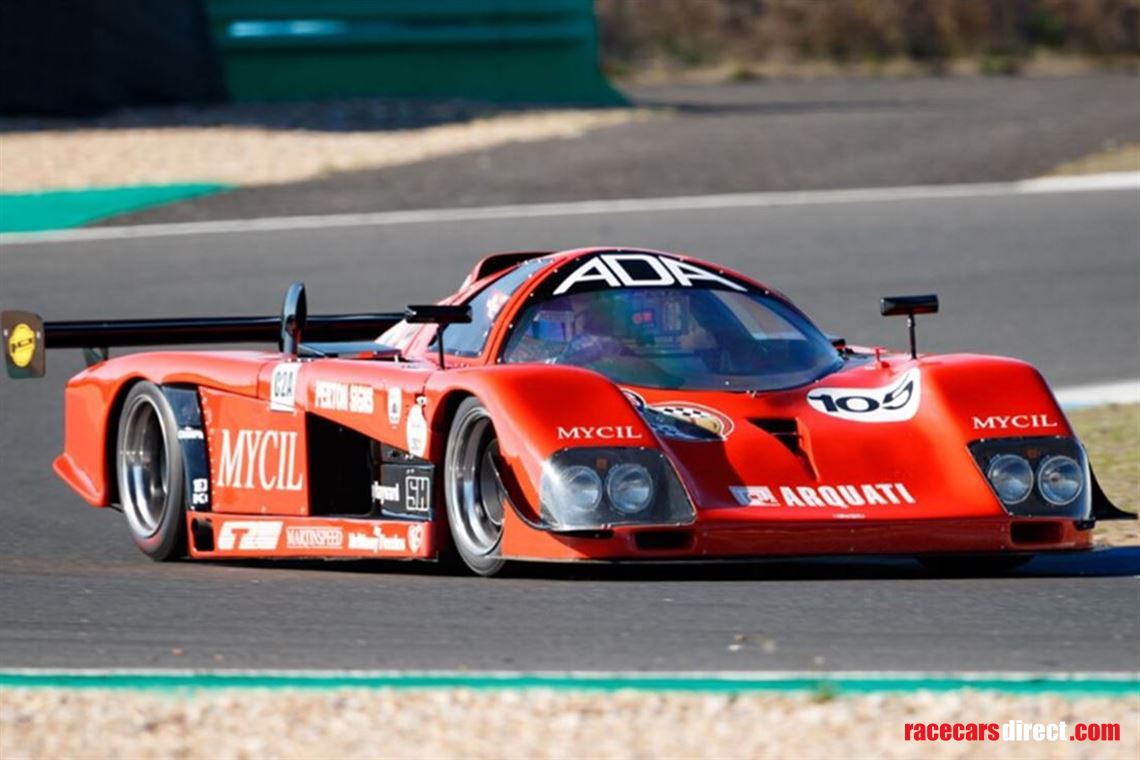 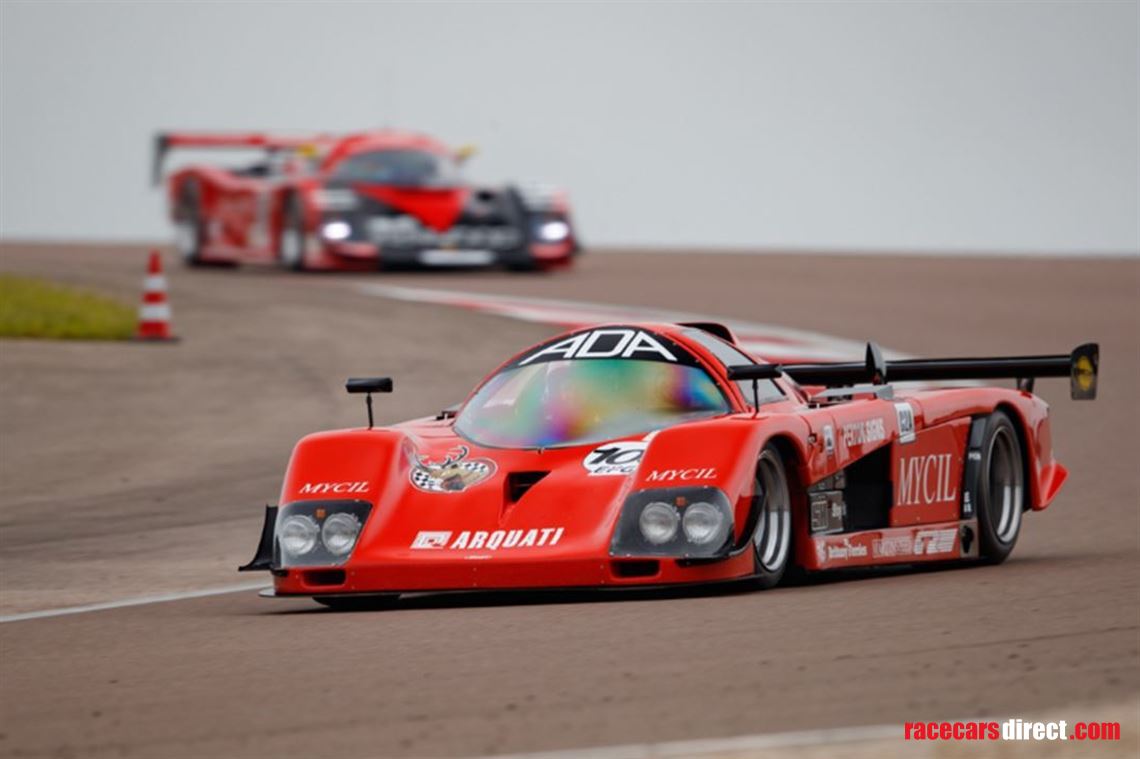 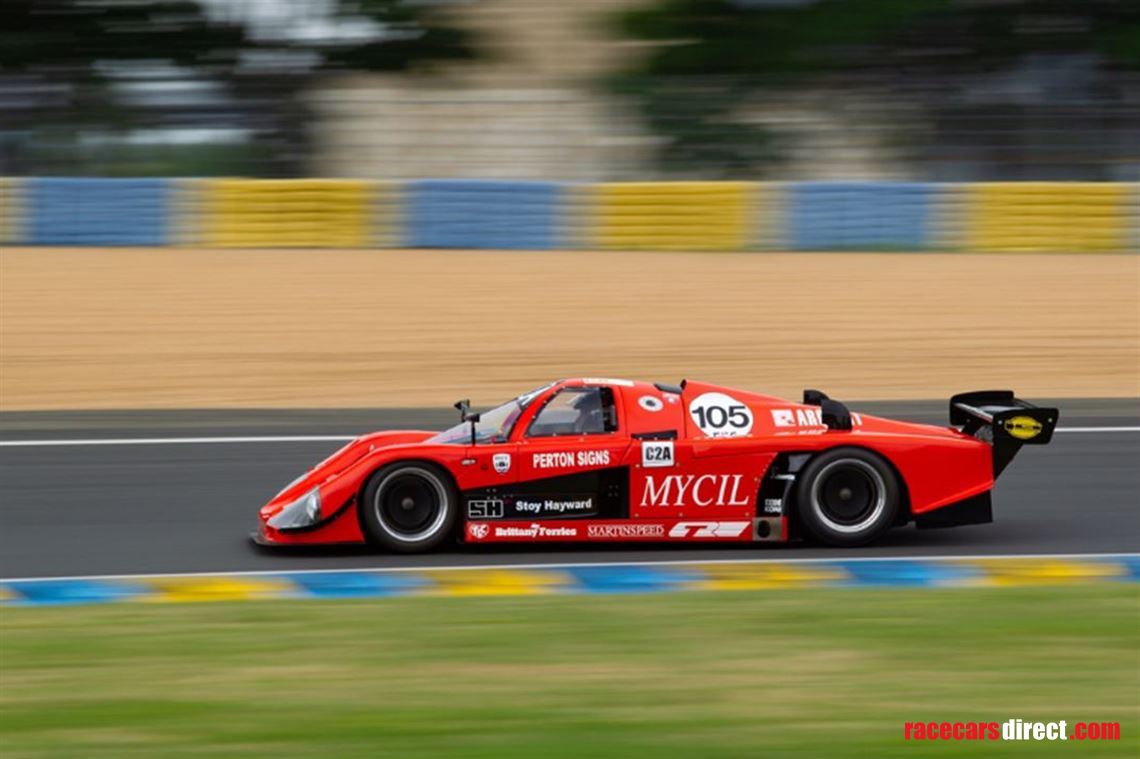 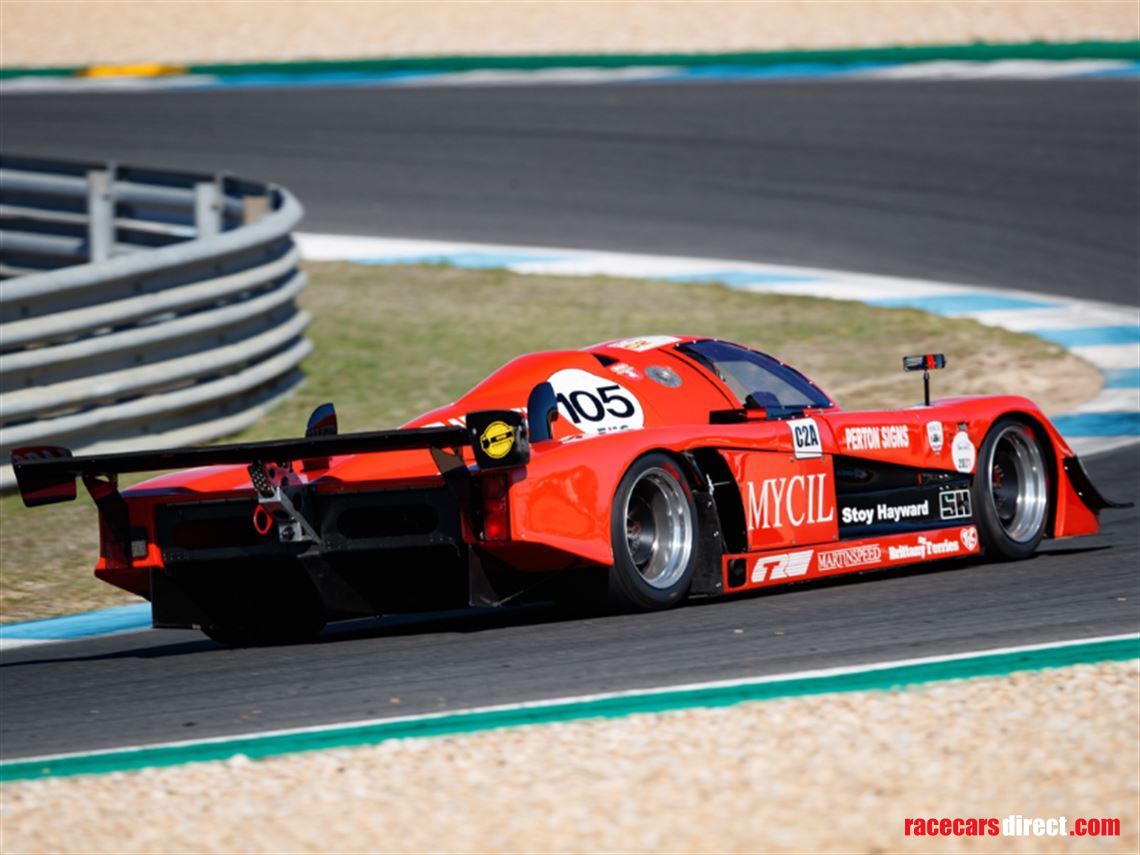 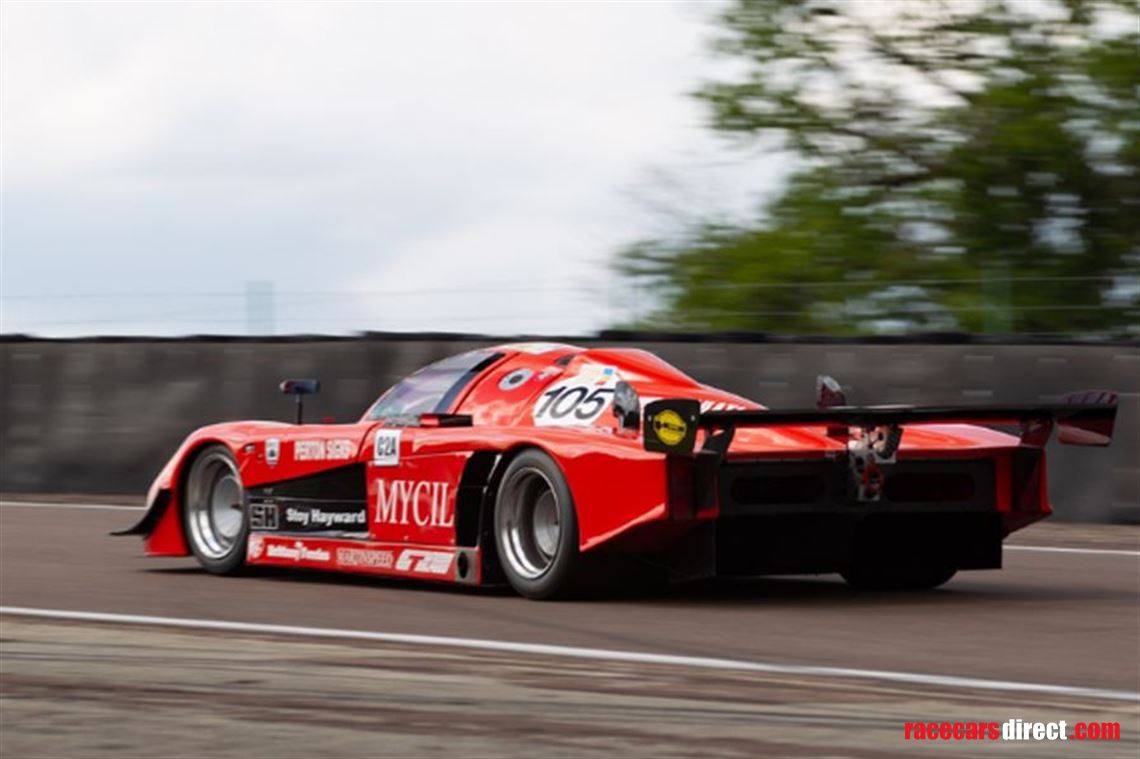 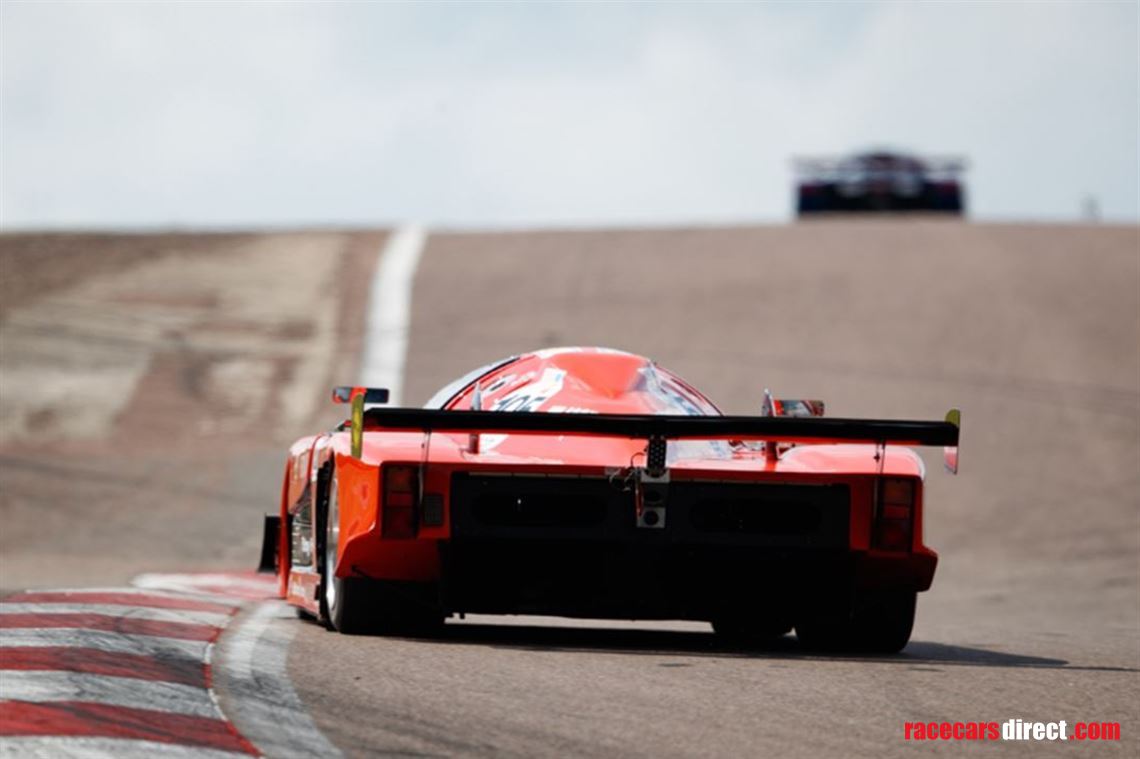 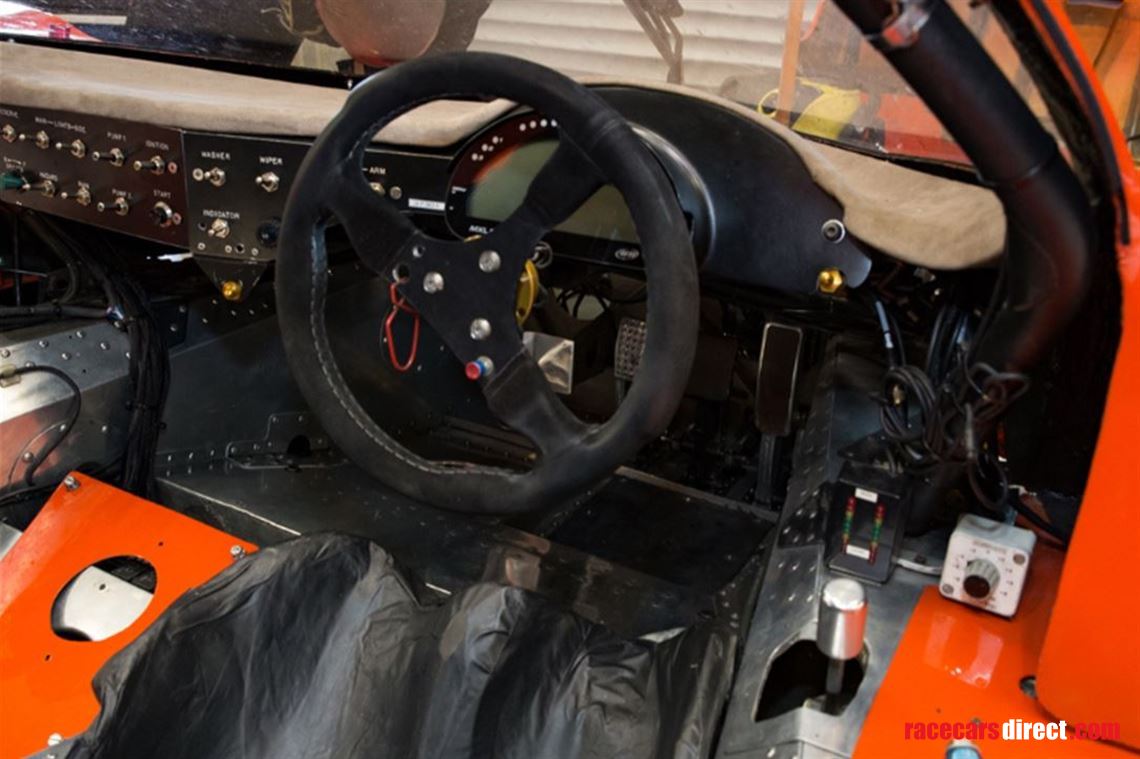 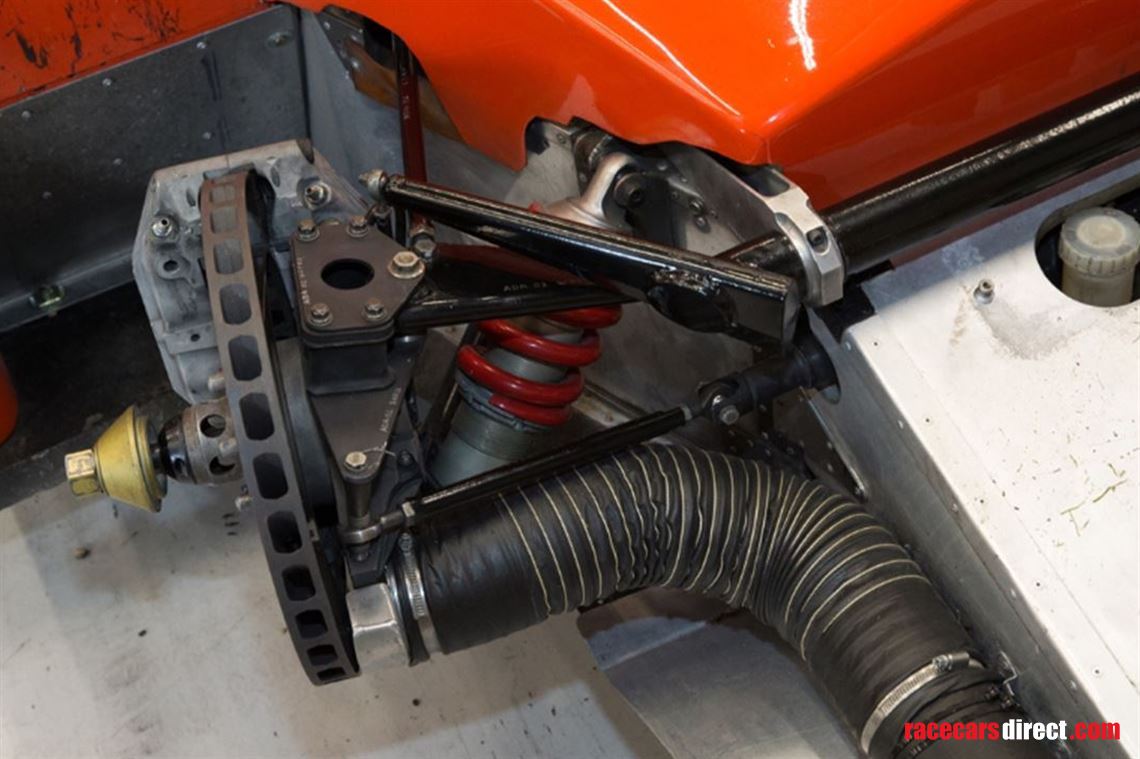 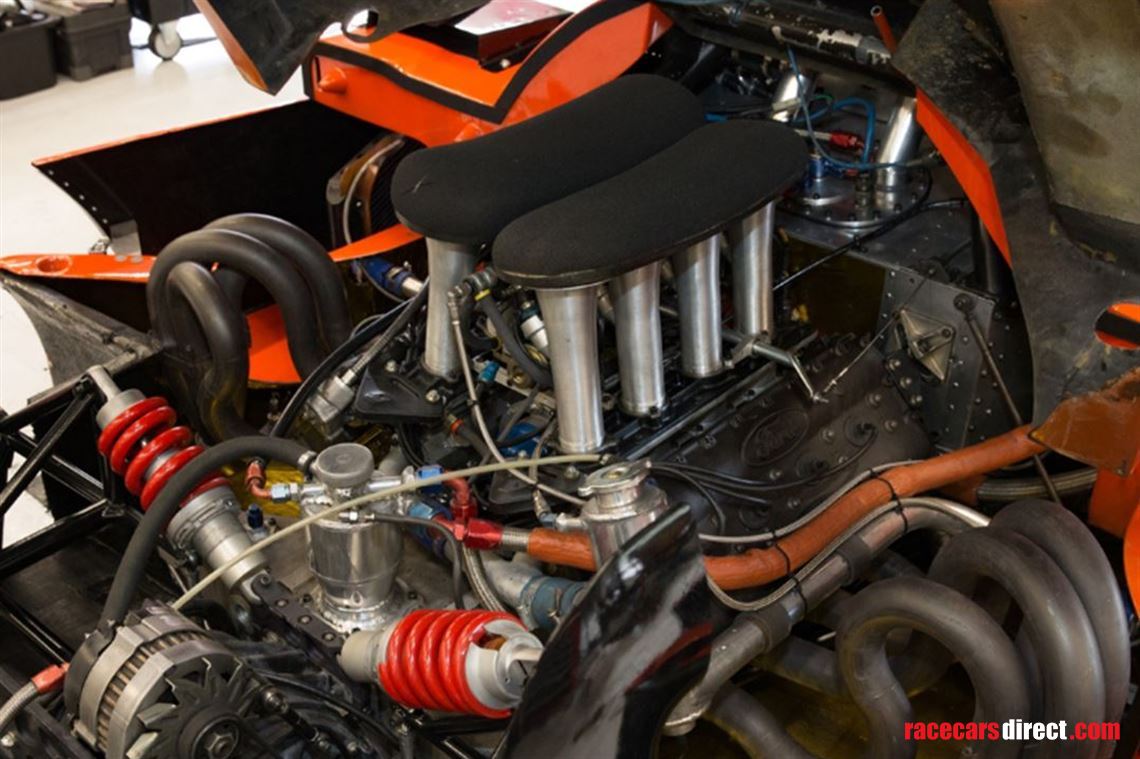 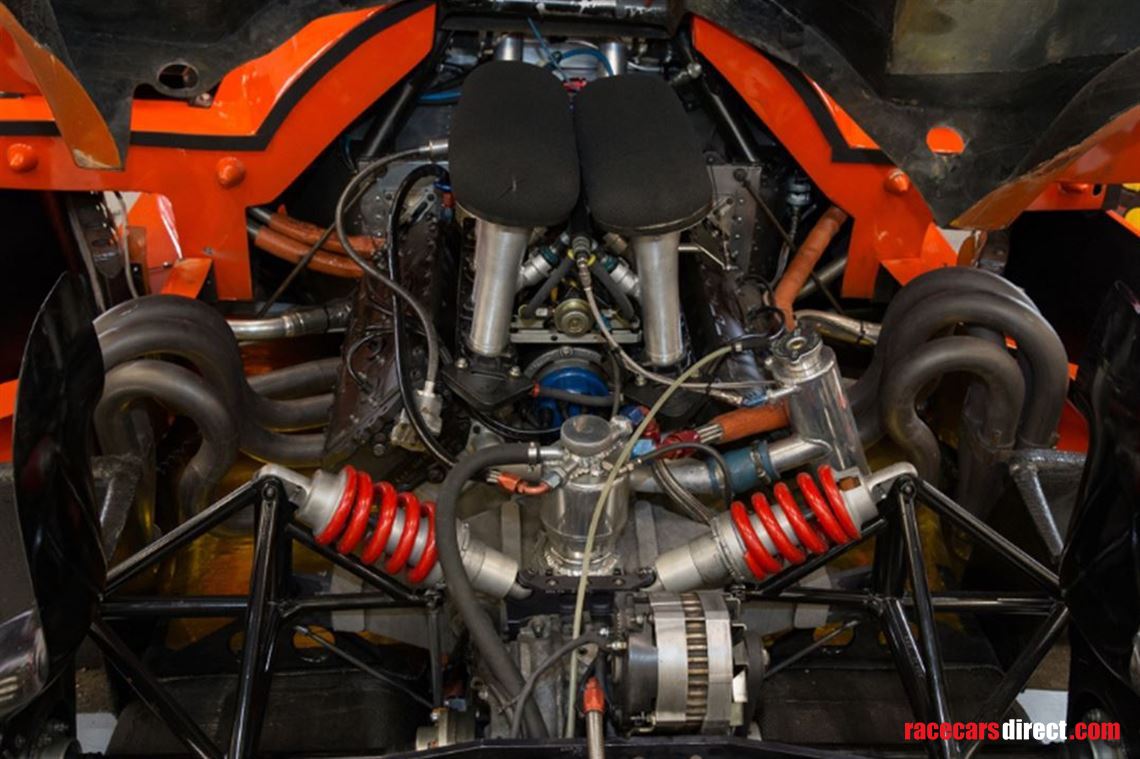 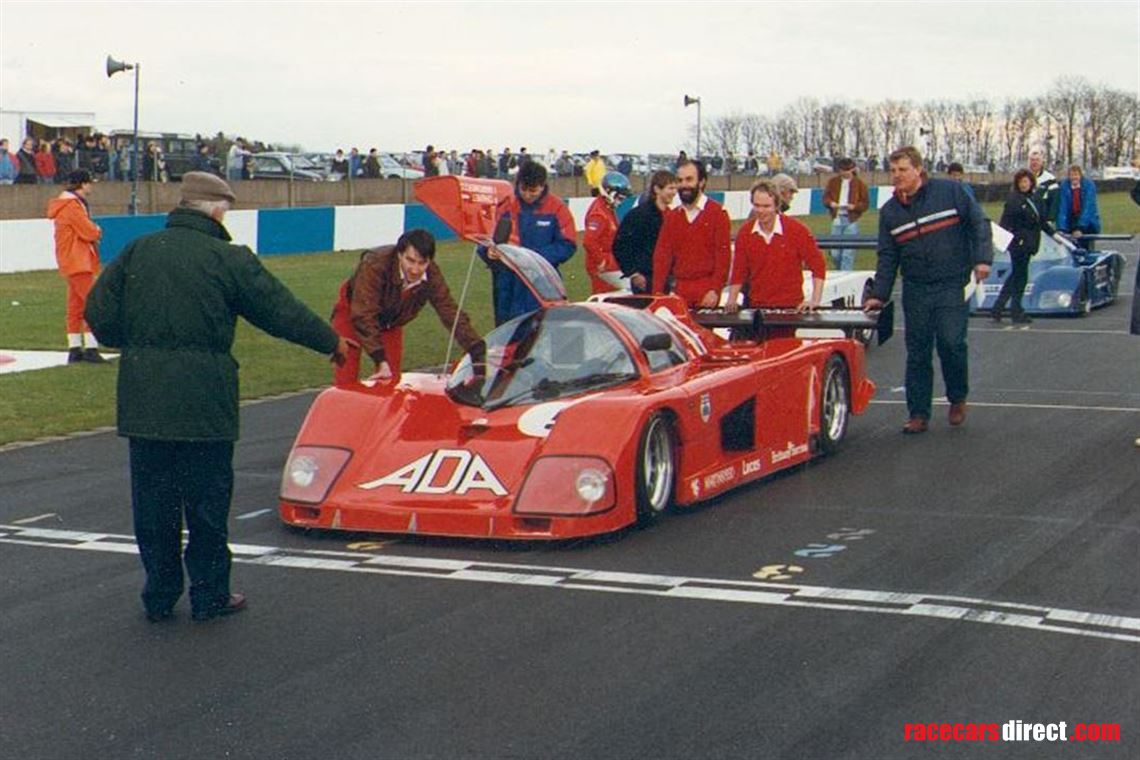 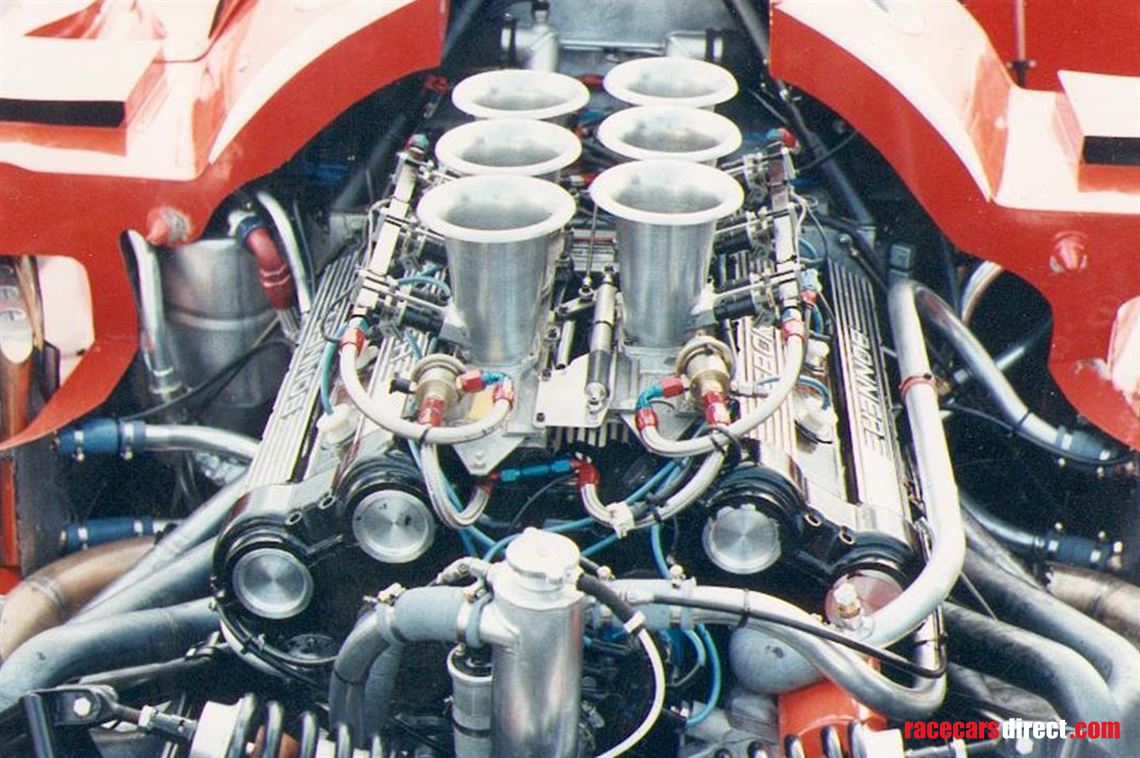 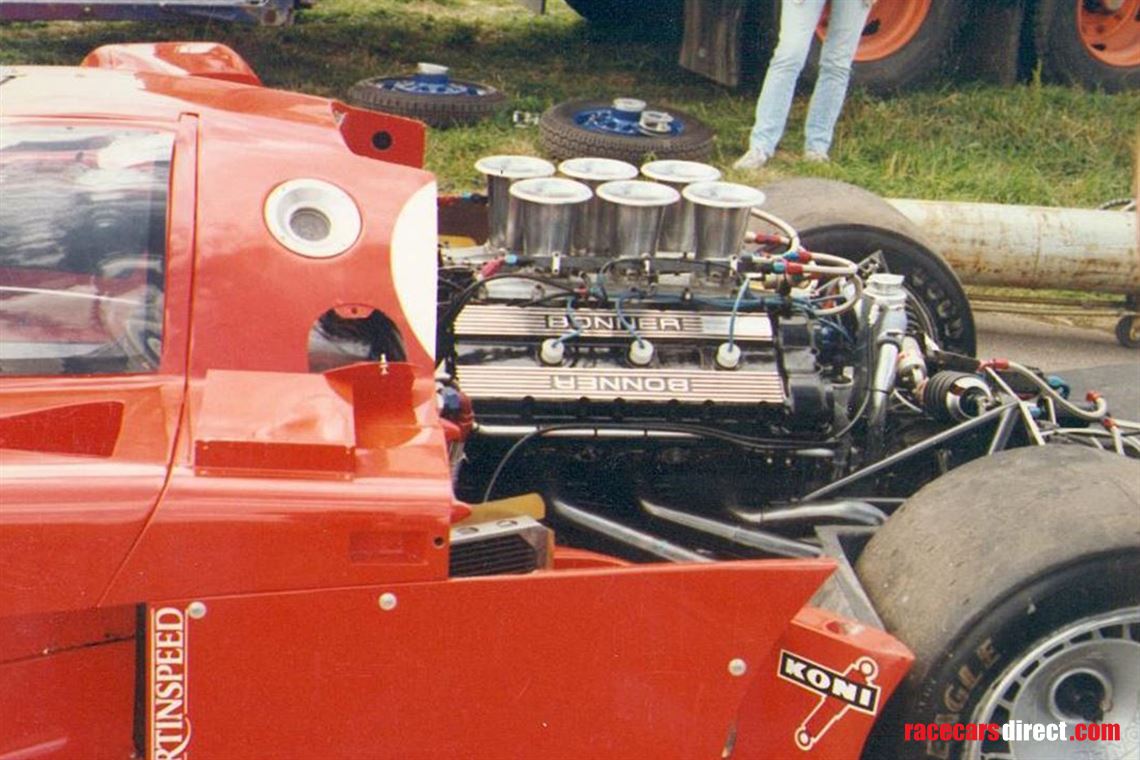 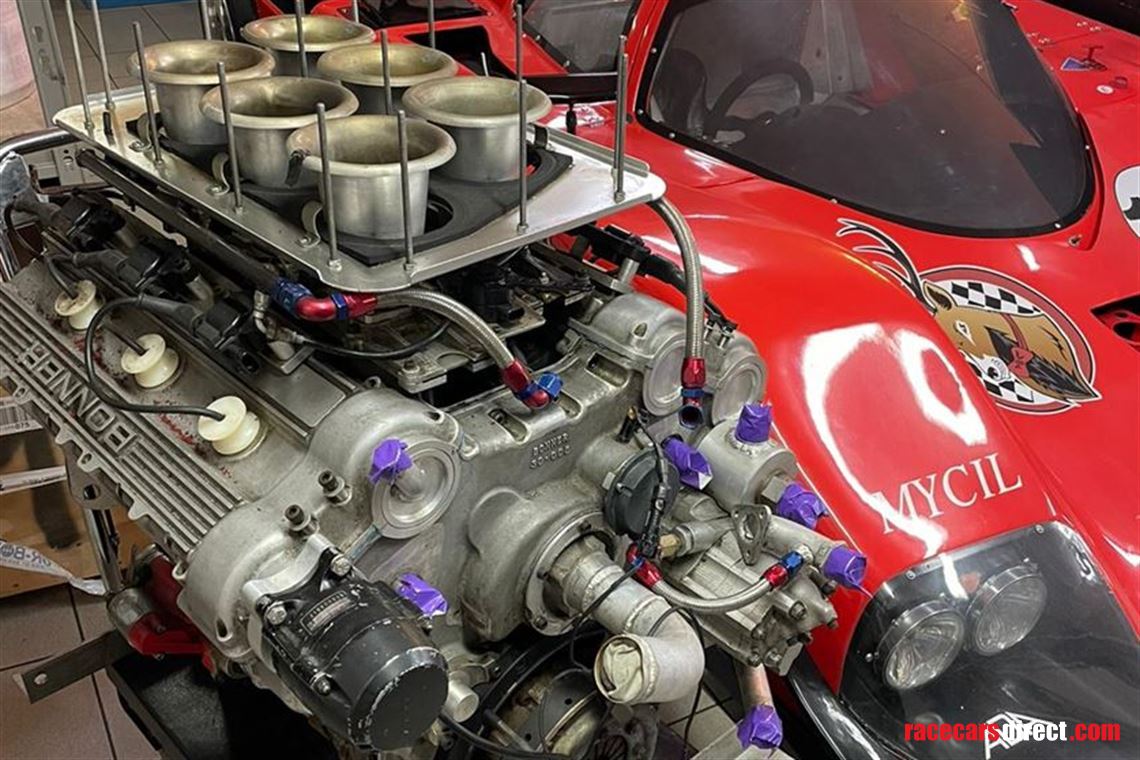 ADA: going from being a preparer to a constructor

As leading Category C2 protagonists in the 1980s, Ian Harrower and Chris Crawford raced in Group C with numerous cars which they had considerably modified. The two partners - who acquired ADA Engineering in 1977 from Leon Smith, Gerard Sauer and Woody Harris - launched their first "creation", unofficially known as the ADA 01, rather diffidently, in 1982. It was not until 1987 that their ambitions (and resources) started to look up, with the arrival of the ADA 02 and the ADA 03, a derived version. Ascott Collection is now offering for sale a unique car, the ADA 02, which was entered twice for the Le Mans 24 Hours in 1989 and 1990. A car with a double life, and several successes to its credit.

In 1986, the ADA team was at the top of Category C2, with a class victory in the Le Mans 24 Hours and second place in the championship (with the decision being made in the final race at Fuji against the team Ecurie Ecosse). The JC843 Gebhardt that achieved these successes was optimized by the ADA team and was so thoroughly overhauled that it was often taken for an ADA. This was already the case as early as 1983. Indeed, Ian Harrower and Chris Crawford had taken a Lola base and created their own design for the body, while grafting on it the rear suspension of a De Cadenet. Thus was unofficially born the ADA 01, or "De Cadenet-Lola" as it was called in the official documents and programmes of the time. It was entered at Le Mans and finished unclassified in 24th position, with 214 laps completed.

The urge to launch their own brand and display their own badge on the body of a car became too tempting for Harrower and Crawford. After acquiring what was left of the team Fittipaldi Grand Prix and setting up in their former premises, the duo had real ambitions. They decided to build their own car for 1987 and defend their Le Mans 24 Hours title with an even more successful car. They kept the general body shape of the Gebhardt, with a chassis put together in Bicester by March Engineering.

The construction of the ADA 02 was sped up in 1987 with Richard Divila working on the design part: this former member of the Fittipaldi Grand Prix team was commissioned to develop the car quickly, because the Gebhardt JC843 – which was still racing pending the arrival of the ADA 02 – had had an accident (in Jerez, with Ian Harrower at the wheel) and required extensive repair work.

The ADA 02 - an eventful early career

The ADA 02 was unveiled in July 1987 and entered at Brands Hatch. Nicknamed "OZ" because that was the name it mistakenly bore, instead of "02", in the official programme, the ADA 02 was powered by a 3.3-litre Cosworth DFV engine. According to its creators, it was the very first car to use this particular engine. It impressed observers from the beginning (despite being forced to retire once) finishing the Brands Hatch event in the middle of the whole pack of Jaguars. The Nürburgring and Kyalami (South Africa) races quickly followed. In the latter, the local driver Mike Briggs lost control, hit the crash-barriers and bounced back into the middle of the track. Extensive work was required to repair the ADA 02. It was done over the course of 1988. Harrower and Crawford decided to anticipate the start of the upcoming season though by starting work on a new car, the ADA 03. Meanwhile, the ADA 02 was put to one side in the workshop for the restoration work to be done later.

After being repaired by March Engineering during the 1988 season, while the ADA 03 was on the track and racing in the 1988 Le Mans 24 Hours, the ADA 02 returned to competition in May 1989 for the Supercup event at Silverstone. It was now often described with the chassis number ADA 02-B.

9th overall, the car finished third in its category, in the hands of Paul Scott.

The 1989 Le Mans 24 Hours race, originally present on the sports car World Championship calendar, was reserved for competitors registered for the whole season. This was not the case with ADA Engineering, due to their limited resources. An ADA was therefore not expected to be present at Le Mans. But in May, the decision was taken by the Automobile Club de l’Ouest (ACO) and the International Motor Sport Federation (FISA) to keep the Le Mans event as a non-championship race. The "outcasts" recovered their right to compete and ADA Engineering won their ticket for the race. Colin Pool (who had acquired the ADA 03), Laurence Bristow and Ian Harrower formed the race team. With a time of 3:48.8, the trio started at the back of the grid, while all the qualifiers of this edition completed a lap in under 3:59.

On the day of the race, the ADA 02-B caught everyone’s attention by losing its door in the first laps. Twice the right-hand door came off (at 4:35 pm and 4:45 pm). Each time, they were replaced... But after two replacements the team had no spare parts left... One door lost on the track was brought back by a spectator: it was refitted and the car was back on the track at 6:00 pm. Colin Pool stopped at Arnage Corner at 6:15 pm and only set off again at 9:54 pm (a chip from the electronic control unit had come off). In the pits, the battery, the ignition and the shock absorbers were changed, only for engine problems to occur, forcing the team to retire.

A tailor-made engine for the ADA 02-B

The car was then used to develop a 5.8 litre V6 engine. Remarkably, this rare engine was found in New Zealand and acquired by the car's owner. It was a specially designed engine for the ADA 02-B, which was intended to be fuel efficient in order to meet the fuel consumption requirements of Group C. To achieve this, it was decided that the power unit should have a low engine speed. Its creation is the result of the collaboration between Bonner Aeronautics and ADA, as one of the shareholders of ADA had also been a shareholder of Bonner Aeronautics. It is a unique part that bears the number C001 and has been authenticated by its manufacturer. It is therefore possible to put this engine back in its place and thus have a unique car.

​In 1990, the car took part in the BRDC C2 Championship, reserved for cars in that category. It was decided to enter it with the Bonner V6 5.8 litre engine that had been tested previously. Its first outings impressed everyone. The car took pole position at Donington and the Ian Harrower / Pierre Chauvet duo appeared to be unbeatable! The ADA 02-B lapped all its opponents ... before the clutch gave up the ghost.

The car finally reverted to a DFV engine (3.3 litres and also 3.9 litres). A handsome 3rd place was achieved at Brands Hatch before a victory at Thruxton finally crowned all the efforts made.

​Then came the Le Mans 24 Hours race, which the ADA 02-B once again took part in. Ian Harrower, John Sheldon and the young Jerry Mahony shared the wheel. Fitted with the 3.3-litre engine, the ADA 02-B fought to stay in the top 3 of its category as night settled in. In the early hours of the morning, a broken suspension sent the car into a spin. After 14 hours of the race, the damaged car was stuck in a gravel pit and was forced to retire.

After the Le Mans 24 Hours, the ADA 02-B raced in the BRDC C2 championship at Snetterton (with contact being made between the ADA 02-B and the ADA 03 on the first lap), Oulton Park and finally Donington. This produced a succession of good results: 4th, 2nd and finally another victory, with the ADA 02-B ending its career on another success ... or almost. Its last track appearance was at Tampa, in the IMSA GTP Championship. With Pierre Chauvet at the wheel, the car failed to finish (accident) but rivalled with the best, in a C1 configuration with a 3.5 litre engine.

The ADA 02-B was kept in England before being entered for the historic Group C races by Gary Pearson in 2006. In June 2006, with Gary Pearson at the wheel, the car finished in 4th place in the Brands Hatch scratch race. At that time, it bore a yellow livery. Mr. Michel Ghio bought it from John Pearson in 2012. It then underwent extensive work by the Esprit Compétition firm at Le Castellet before returning to the track in 2015, in Group C racing, in the Spa Classic and the Dix Mille Tours of Le Castellet. During the test phases - as in 1989 - the door again proved to be flighty... Since then, changes have been made to keep it firmly in place at high speed.

Our ADA 02-B was then acquired by a French collector, who had it fully restored before selling it to the current owner through the Ascott Collection.

During the last three seasons from 2019 to 2021, the ADA 02-B has established itself as one of the leading cars in the Group C2 Championship organised by Peter Auto. Both reliable and fast, the "orange arrow" won numerous victories in the C2 category, even reaching the podium several times in the scratch race! These results were possible thanks to the talent of its drivers and the preparation of the car at the highest level by a renowned Swiss workshop.

During the 2021/2022 off-season, the ADA received a complete overhaul. In order to benefit from the maximum engine potential, the Cosworth V8 3.5 litre engine was entrusted to the Swiss engine manufacturer Mader who undertook the overhaul, and a new crack-test was carried out. The car is therefore offered for sale ready to race, as the owner has finally decided to change category.

From 1987 to 1990 it thus took part in several championships, chalked up two victories (in BRDC C2) and two participations in the greatest endurance race in the world, the Le Mans 24 Hours. More recently, the ADA has proven to be a formidable competitor with several wins in historic racing.

The BONNER 5.8 litre V8 engine developed specifically for this ADA 02B was found in New Zealand and acquired by the car's owner. It is offered for sale with a large lot of parts including this unique engine numbered C001 in the picture below.

Fully rebuilt in 2020 including gearbox.

An accurate reproduction made of the original BMW Motorsport "Wethje" part