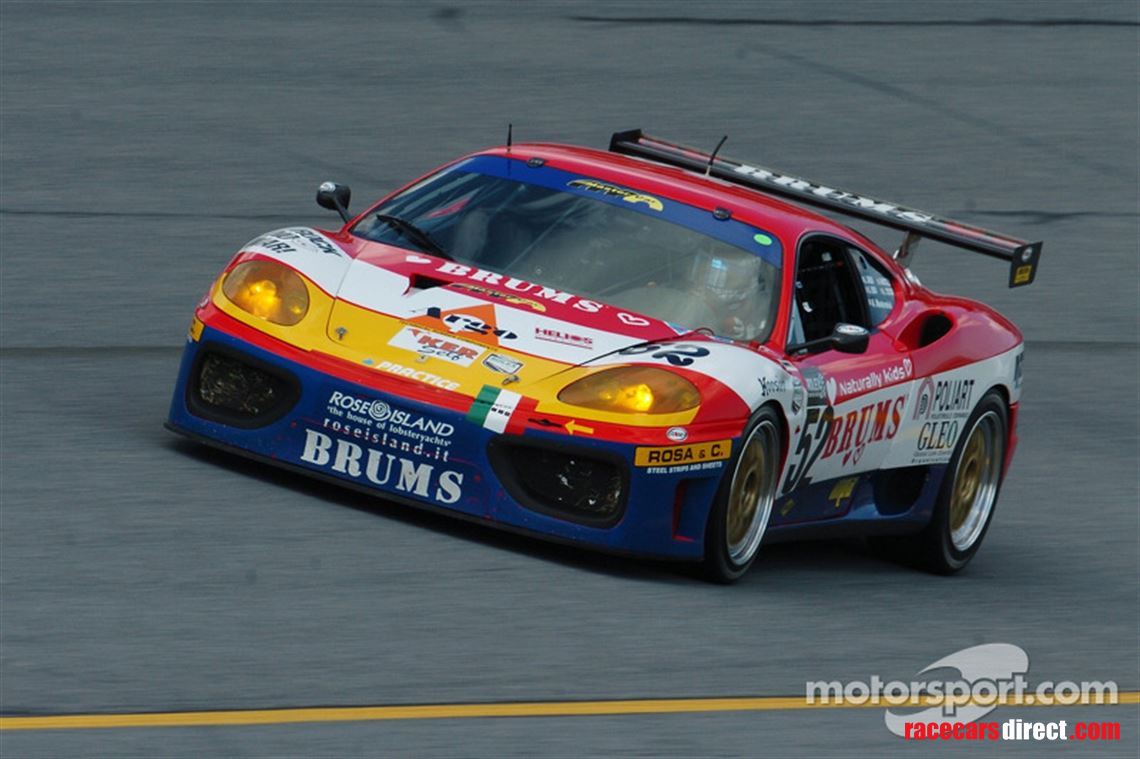 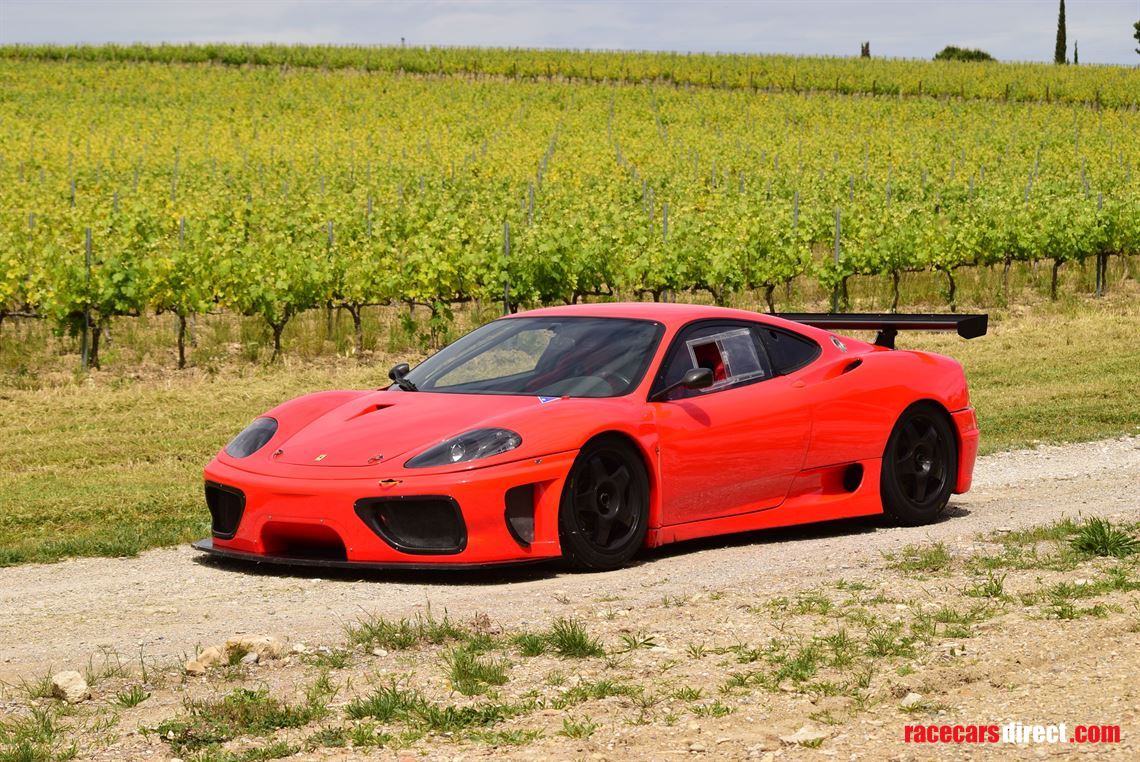 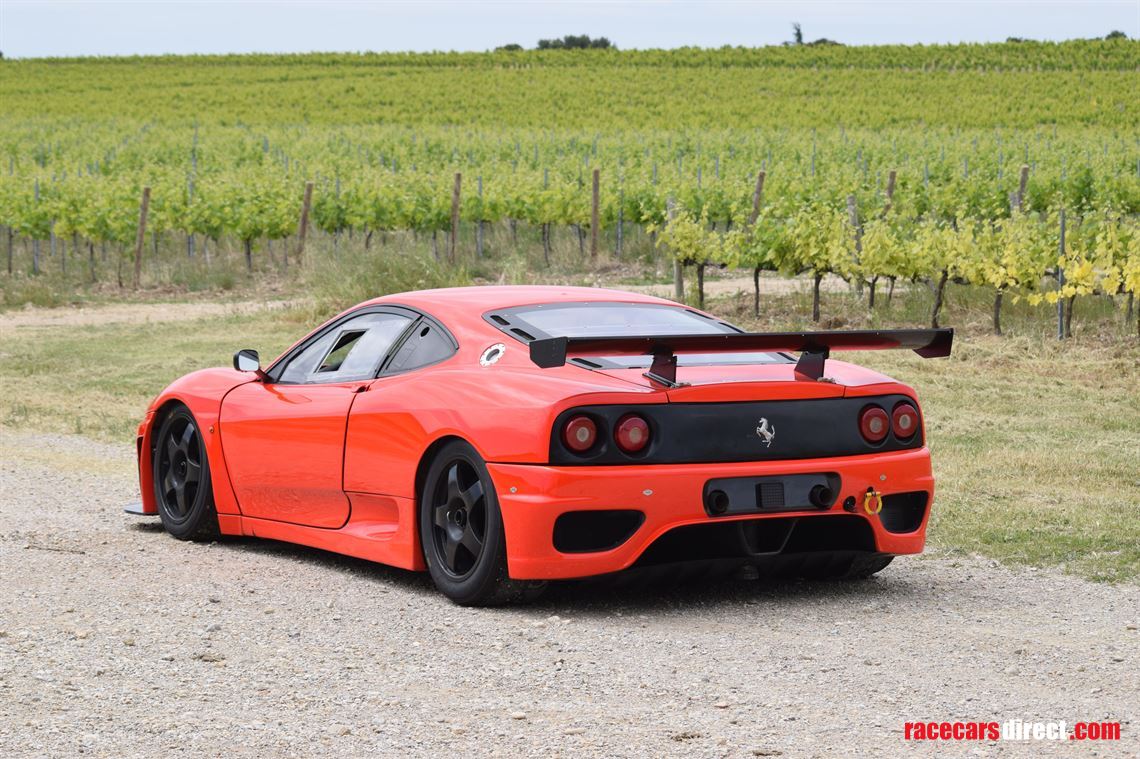 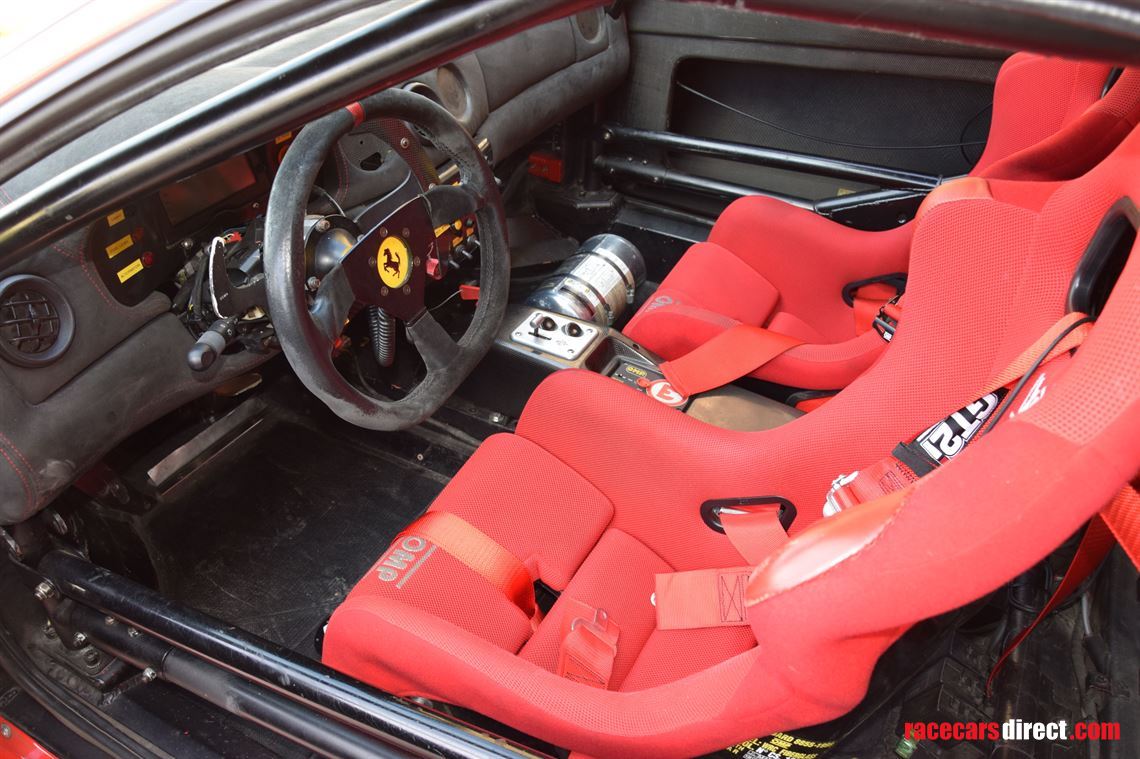 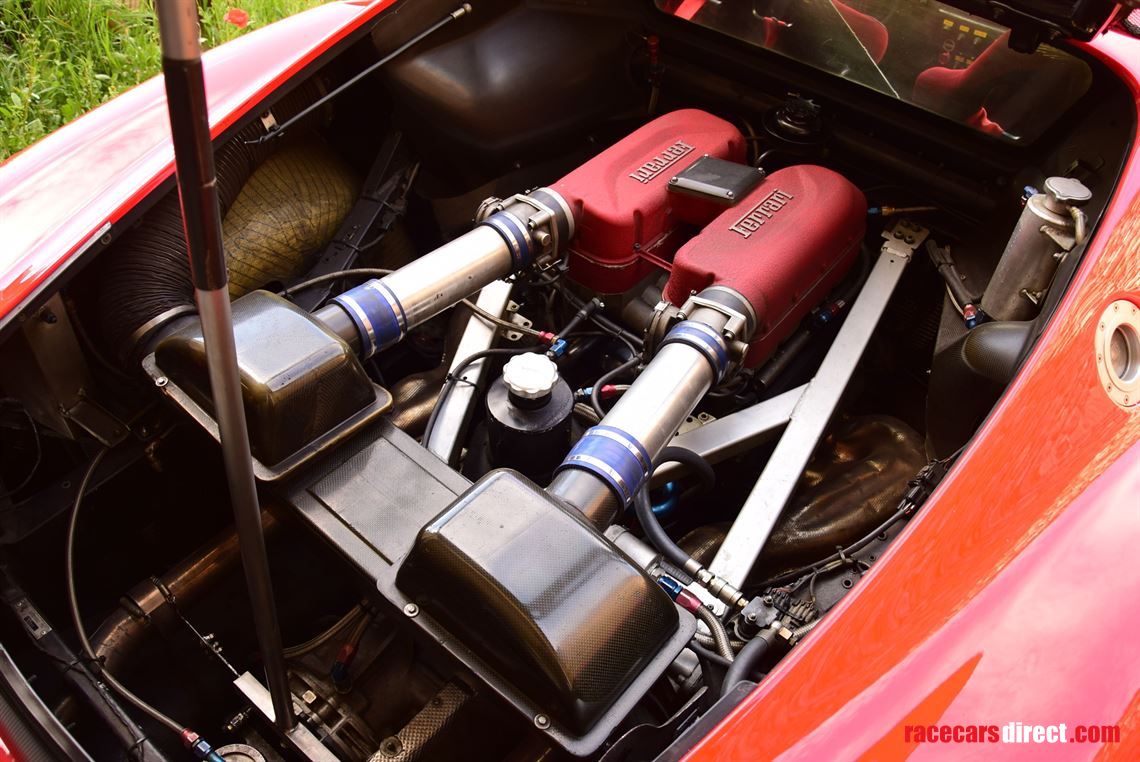 Participated 3 times in the Daytona 24 Hours

This Ferrari 360 Modena first appeared in the form of a Challenge,
modified to 360 Modena N-GT spec, based on the version developed in 2002 by Michelotto in collaboration with Ferrari to run in the Automobile Club de l'Ouest GT class and N-GT FIA events.

The preparation was carried out under the direction of Mastercar team’s Mario Crugnola, who used MCS Engineering in Maranello for the engine, and Ermolli Organizzazione Corse, in Varese, for the chassis.

In this configuration and for Mastercar, the car participated in various GT events at some of the world’s top circuits. These included the Vallelunga 6 Hours in 2002 (8th), Spa in 2003 (23th) and Monza in 2004 (13th). It took part three times in the Daytona 24 Hours: in 2004 when it finished 36th, 2006 (58th) and in 2007 with Andrea Montermini (68th). For this American race, it wore the spectacular Ecurie Brums livery.
The car also competed in a few races in China in the GT/Open. For this last Asian GT/Open configuration, the engine’s intake flanges were removed, and the displacement increased to 3 750 cm3.
Most of the races that this car has taken part in are listed in the technical passports for the Commissione Sportiva Automobilistica Italiana and the Real Federacion Espanola de Automovilismo.

Cheapest Ferrari 360 Manual in UK... by some distance. MOTd and mechanically sound.