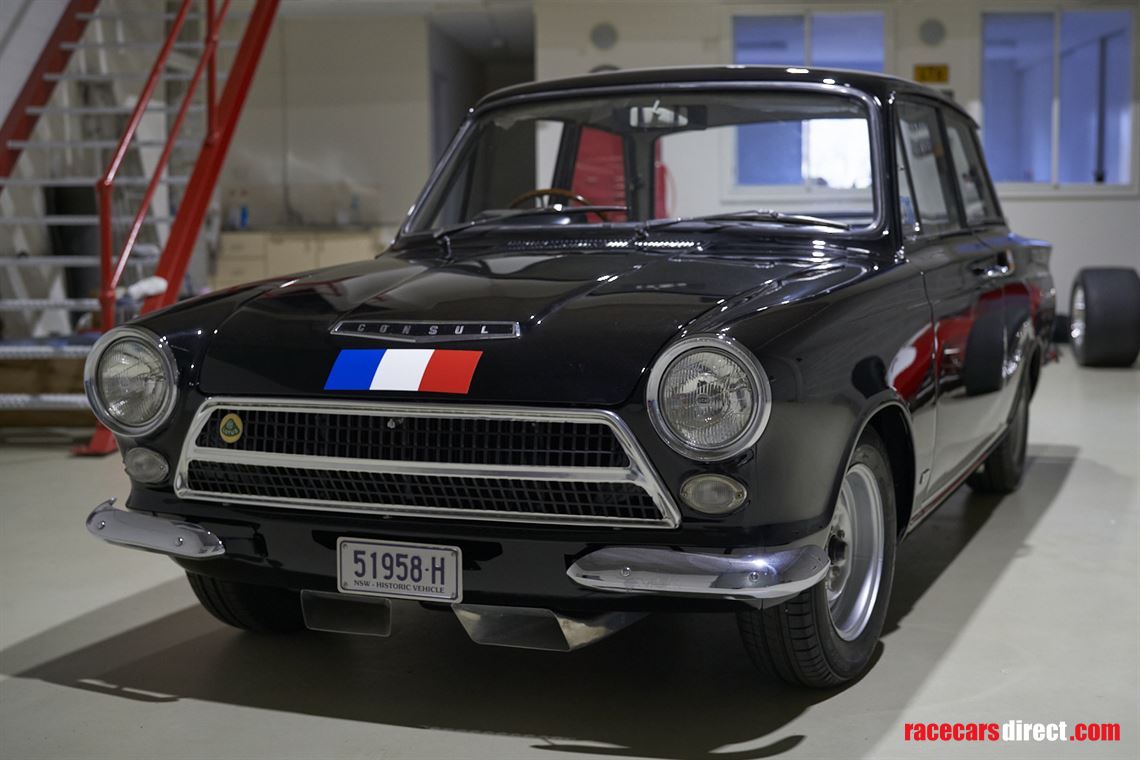 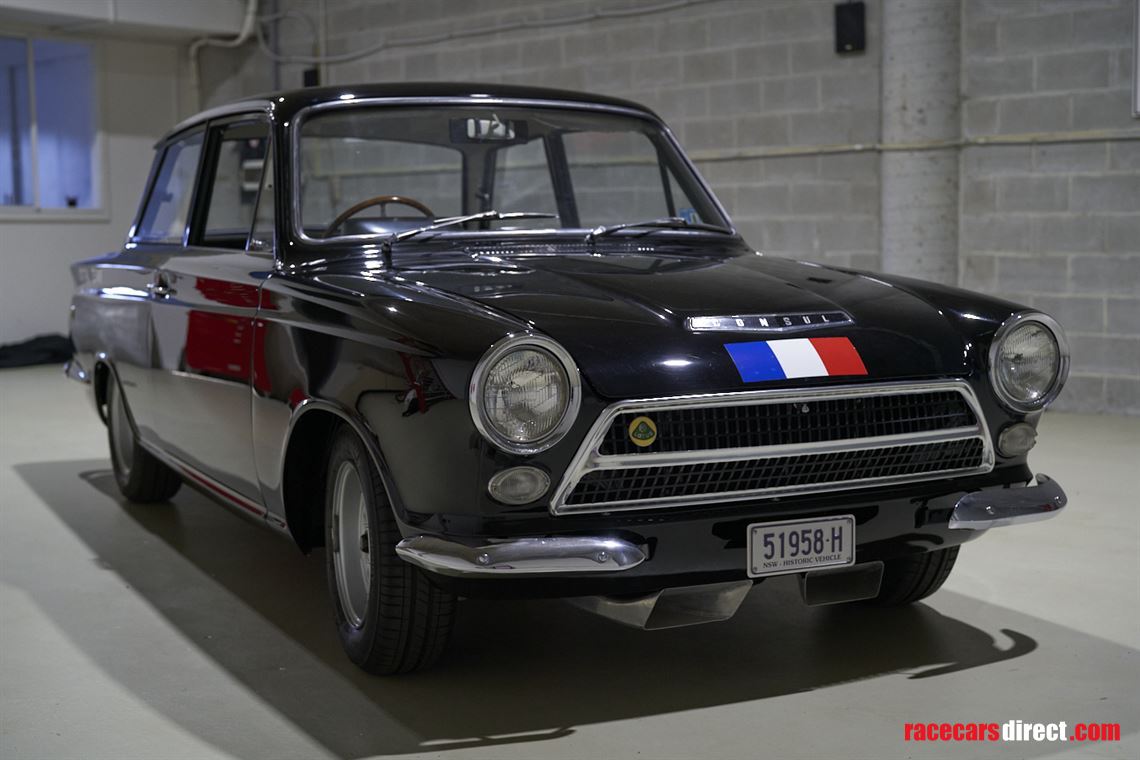 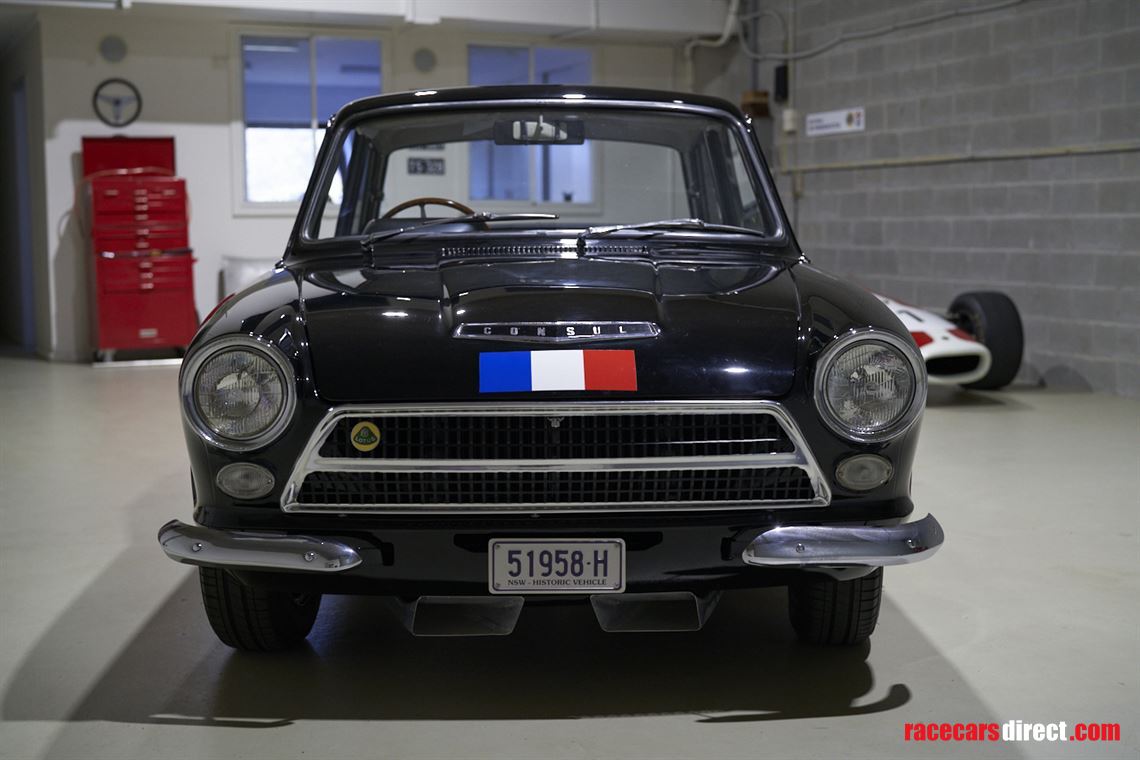 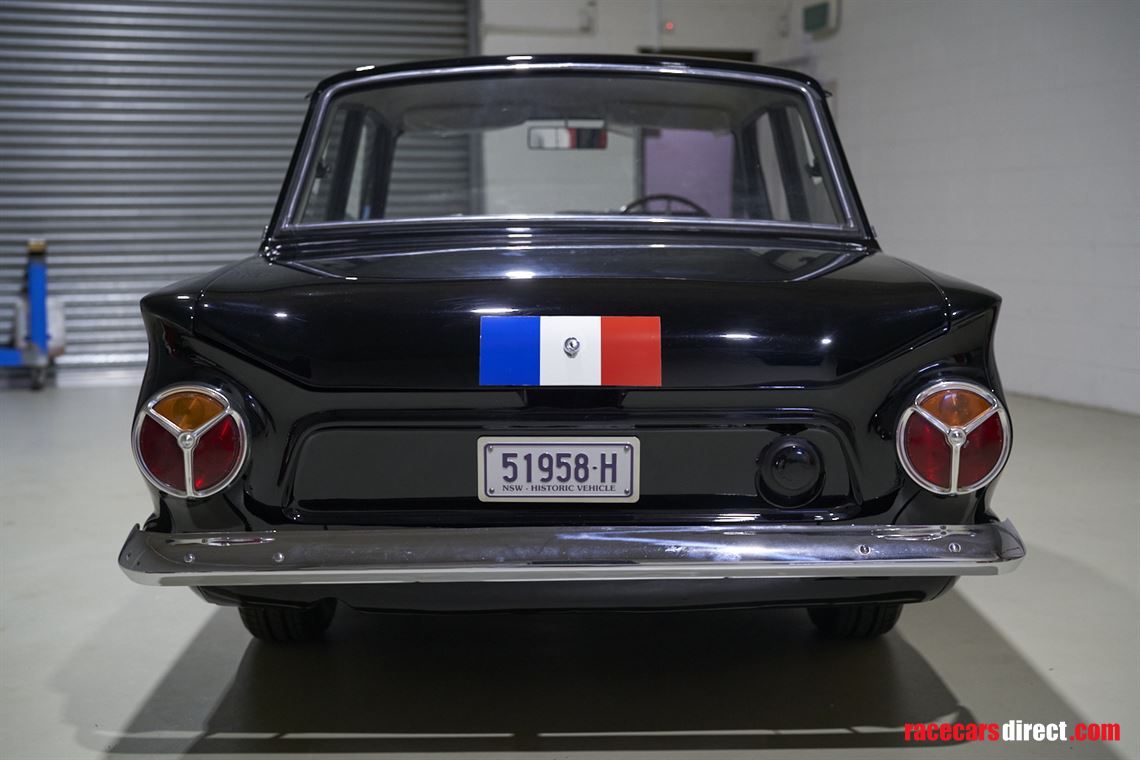 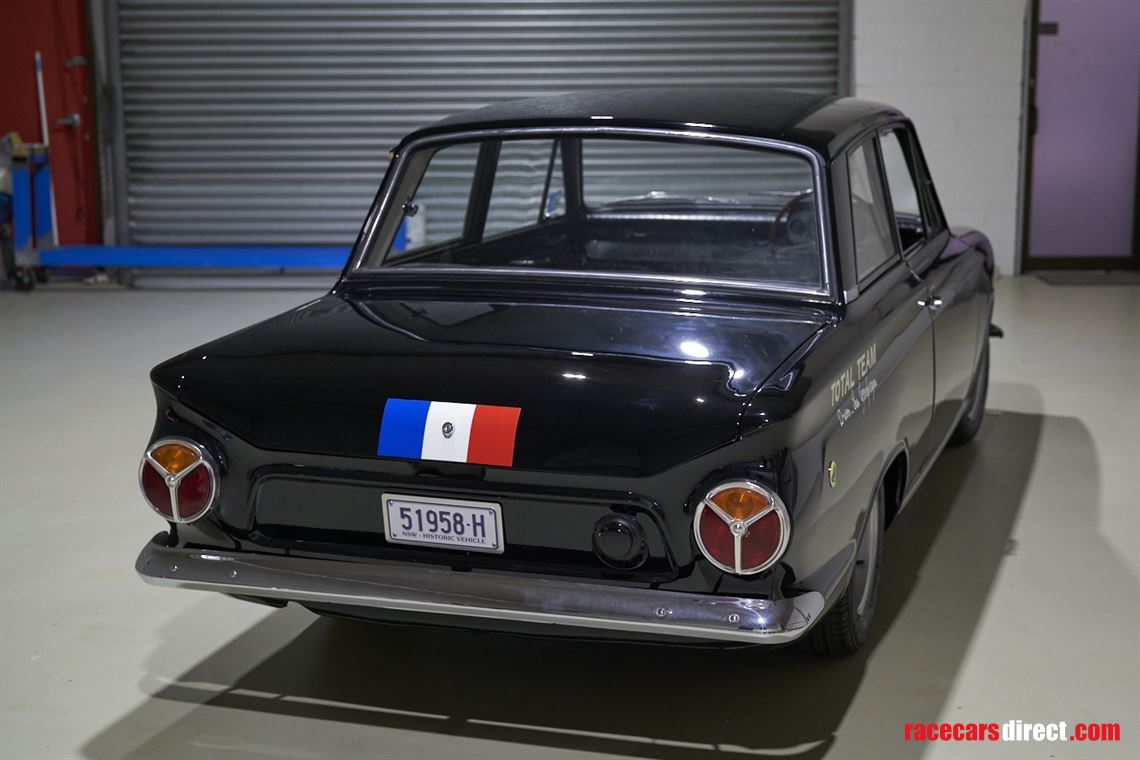 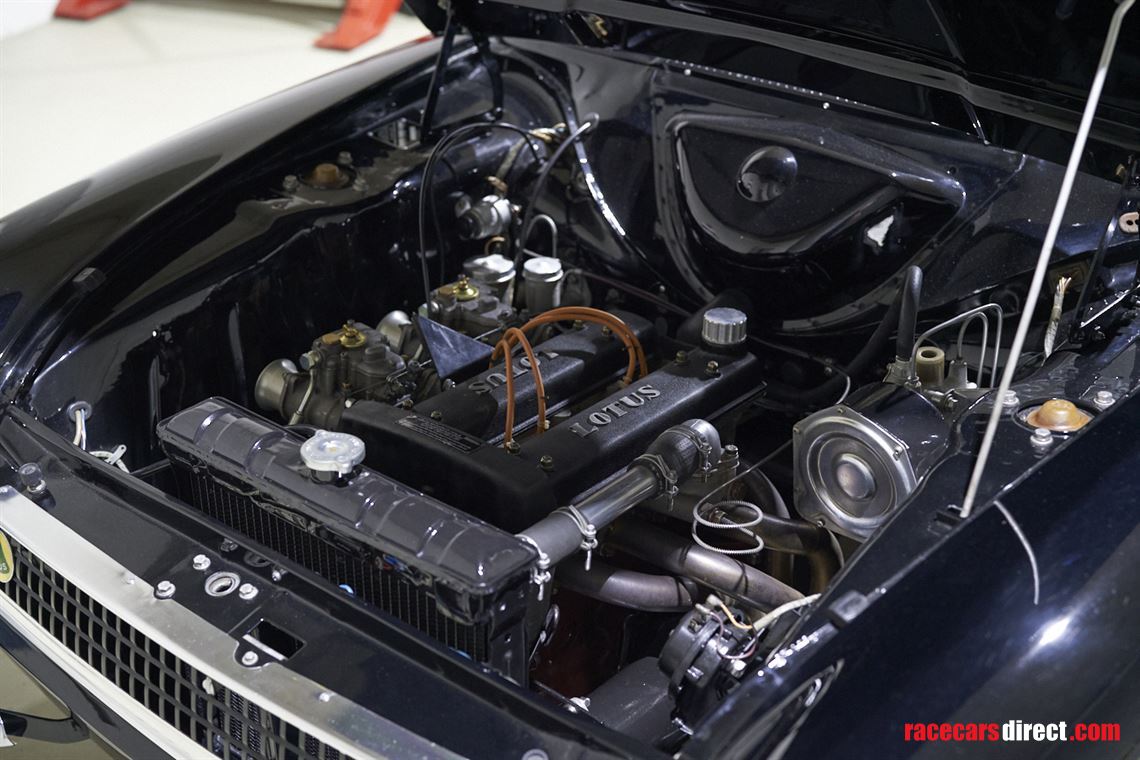 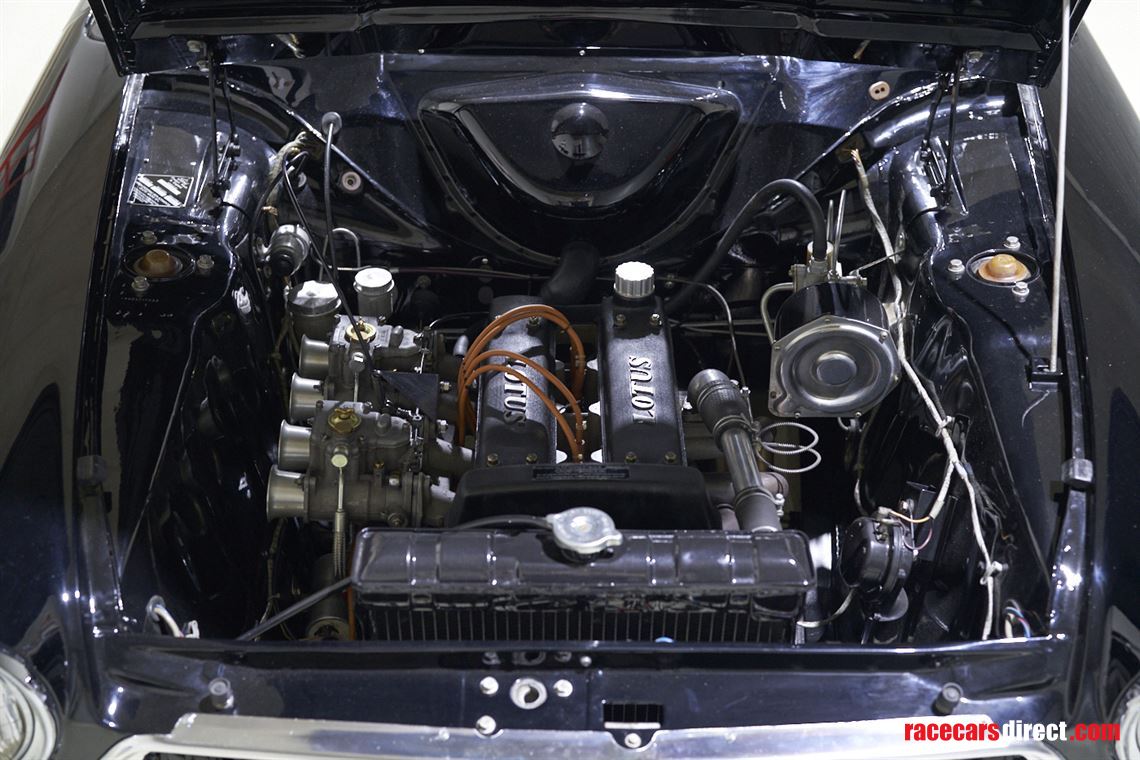 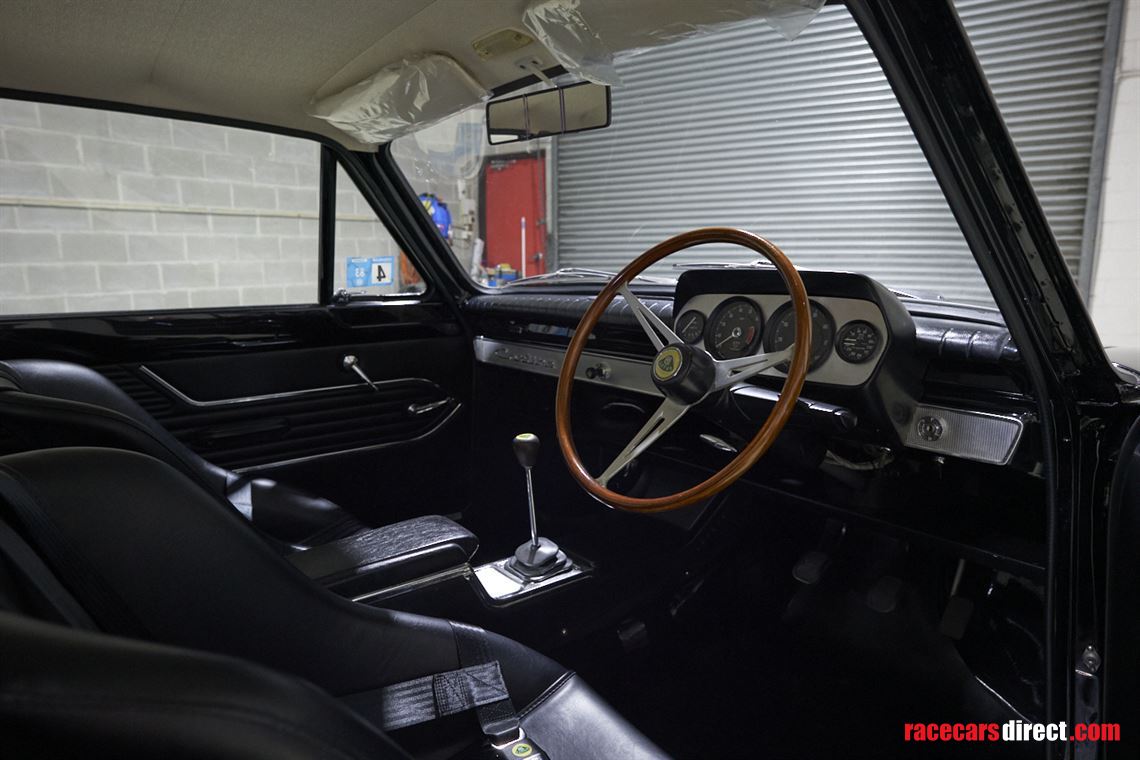 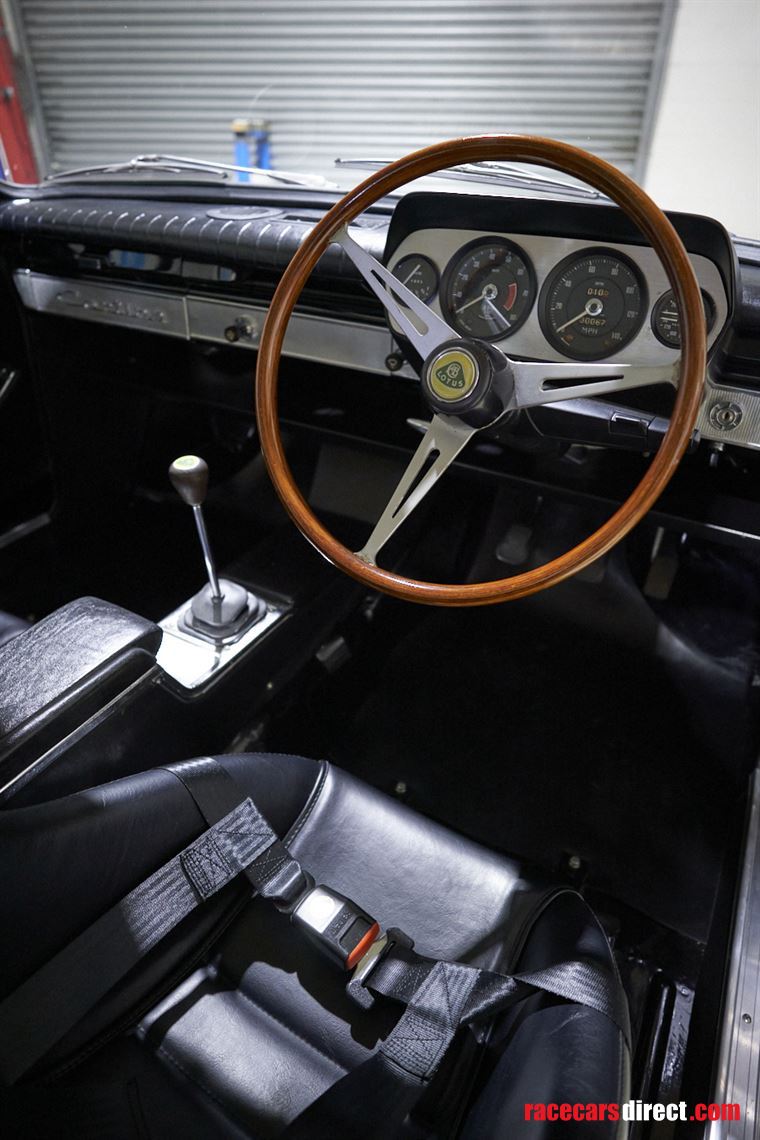 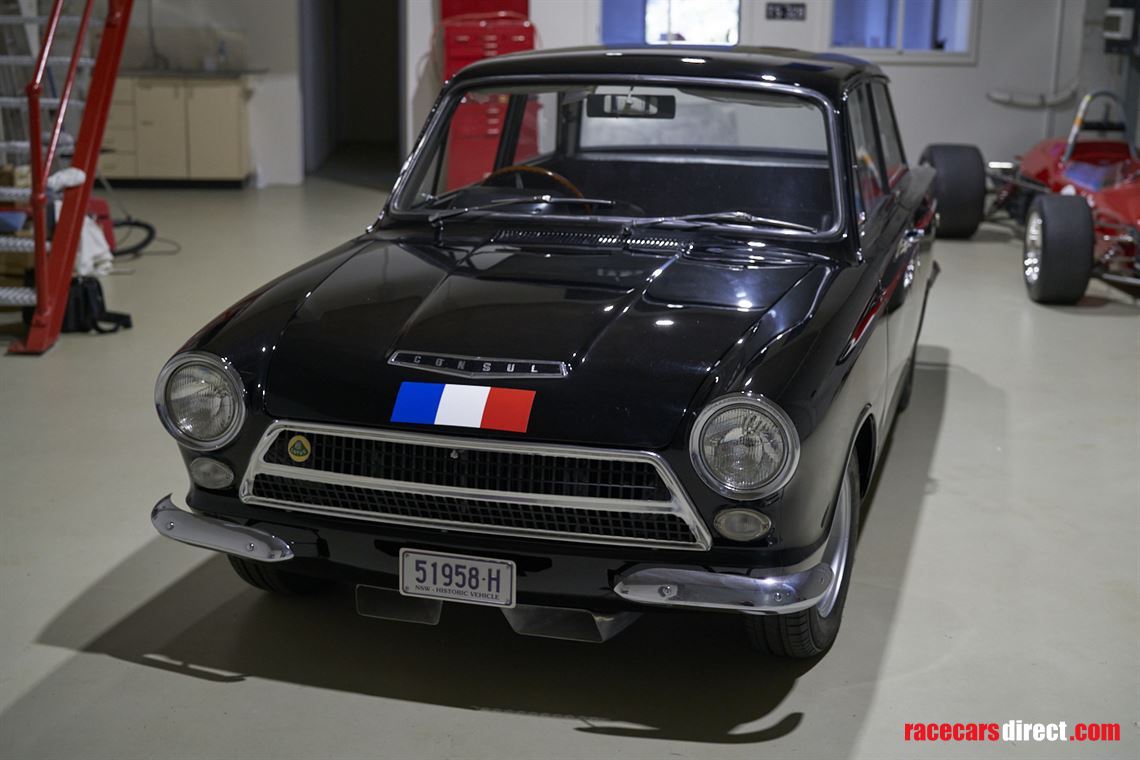 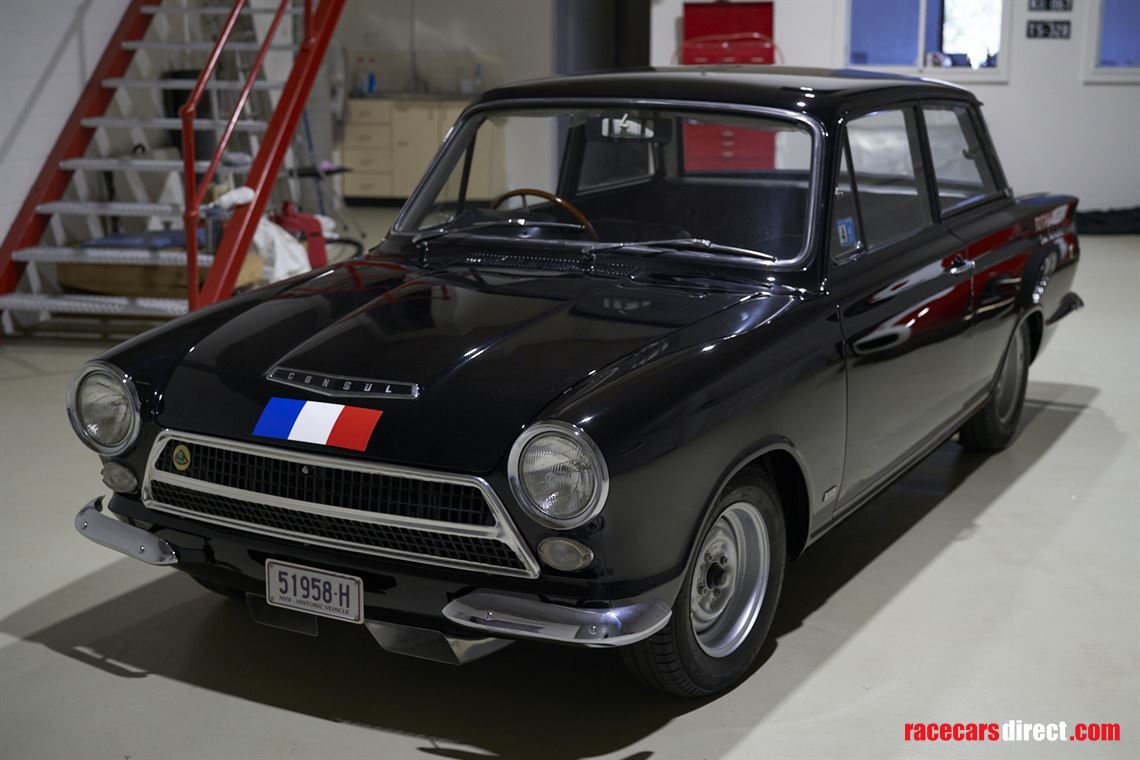 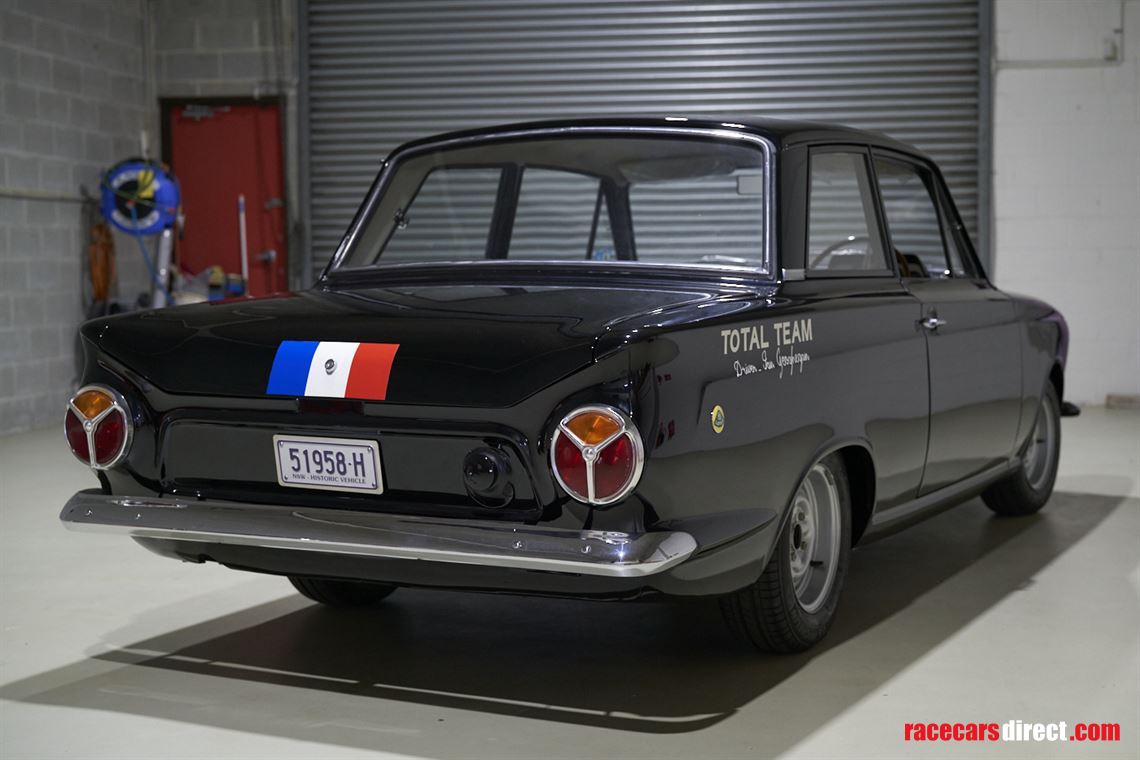 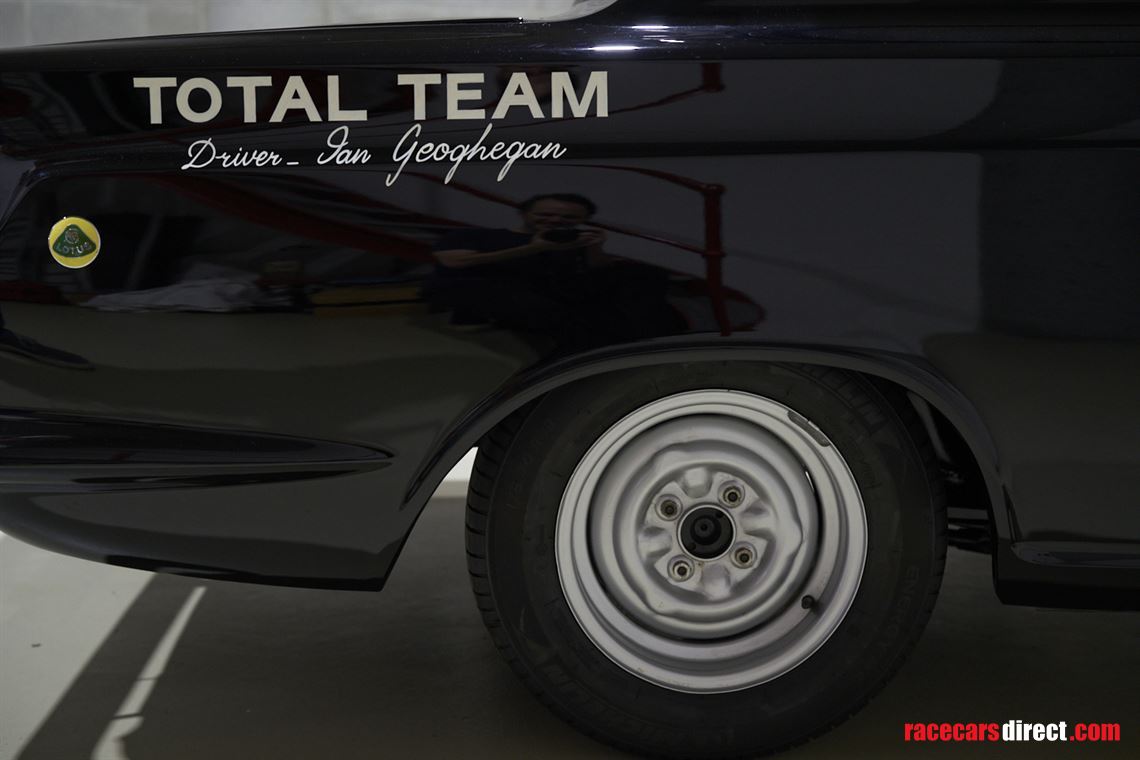 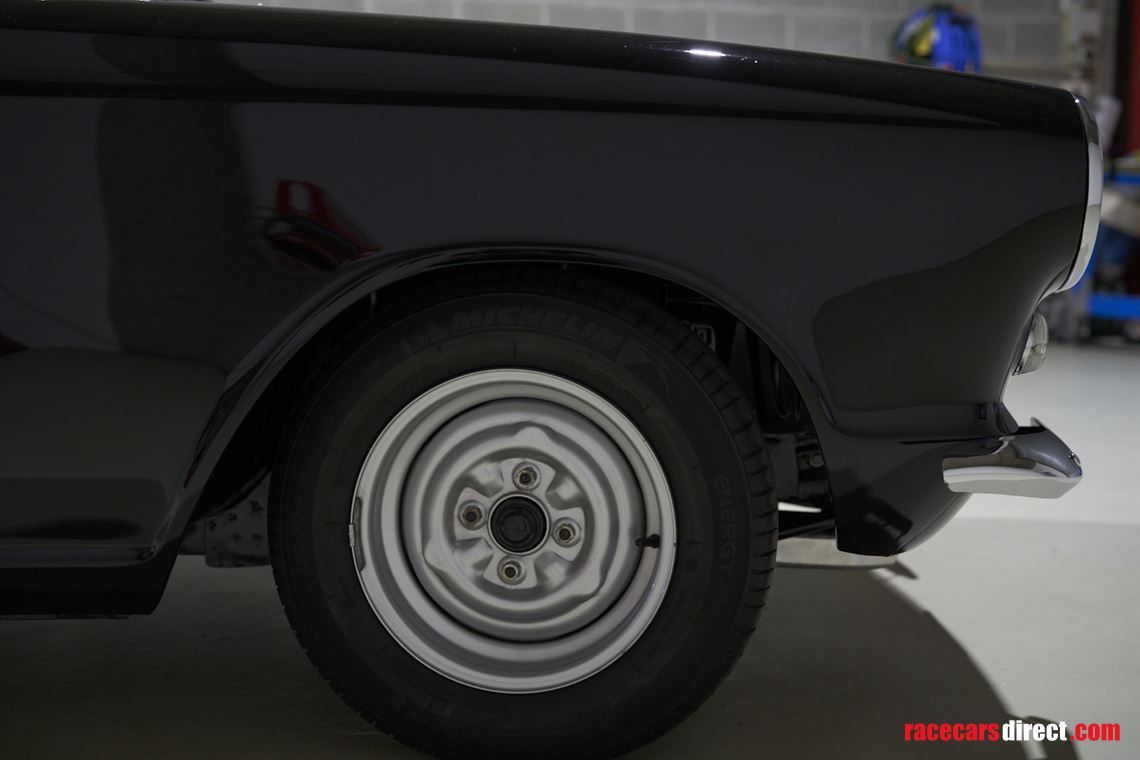 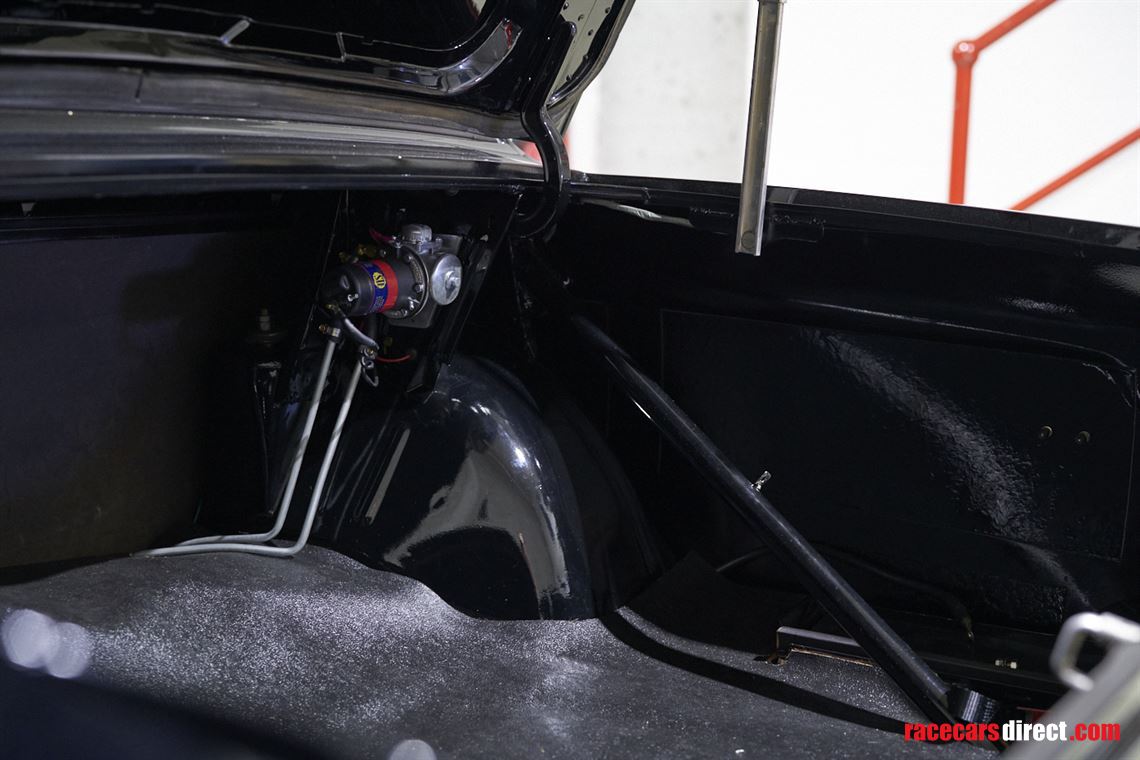 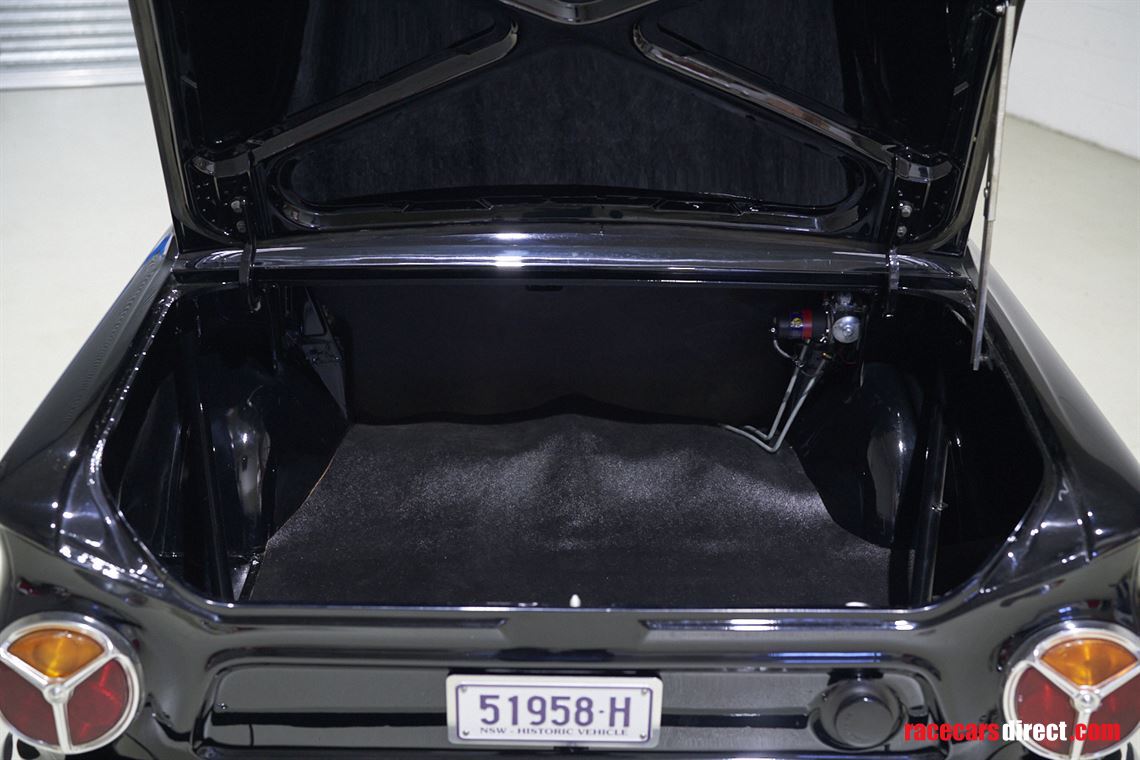 This 1964 Type 28 Lotus Cortina Works Car is one of only three which came to Australia in 1964. It has been fully restored to original specifications, and is offered in immaculate condition.

There were 97 factory works Lotus Cortinas produced. The factory sent them out in batches of three cars. We understand Jim Clarke received three, Alan Mann Racing bought three and others were bought and sent to well known racing teams throughout the UK, Europe and Australia.

Delivered into Australia, the car was purchased new from the Lotus factory by Leo Geoghegan, who was the Lotus dealer in Australia at the time. The Geoghegans went on to race it under the Total Petroleum banner from 1964. Its race career ended in the late 1960s.

It spent 26 years being restored by a Lotus expert before it was sold to the current owner in 2014 to form an important part of a collection of cars. It has been maintained in immaculate, original condition since then.

This car was classified as a race car before roll bars became mandatory, and thus benefits from a cleaner cabin.

Ex-Norman Ricketts with a John Smirthwaite engine, this is a fast and well-prepared car.