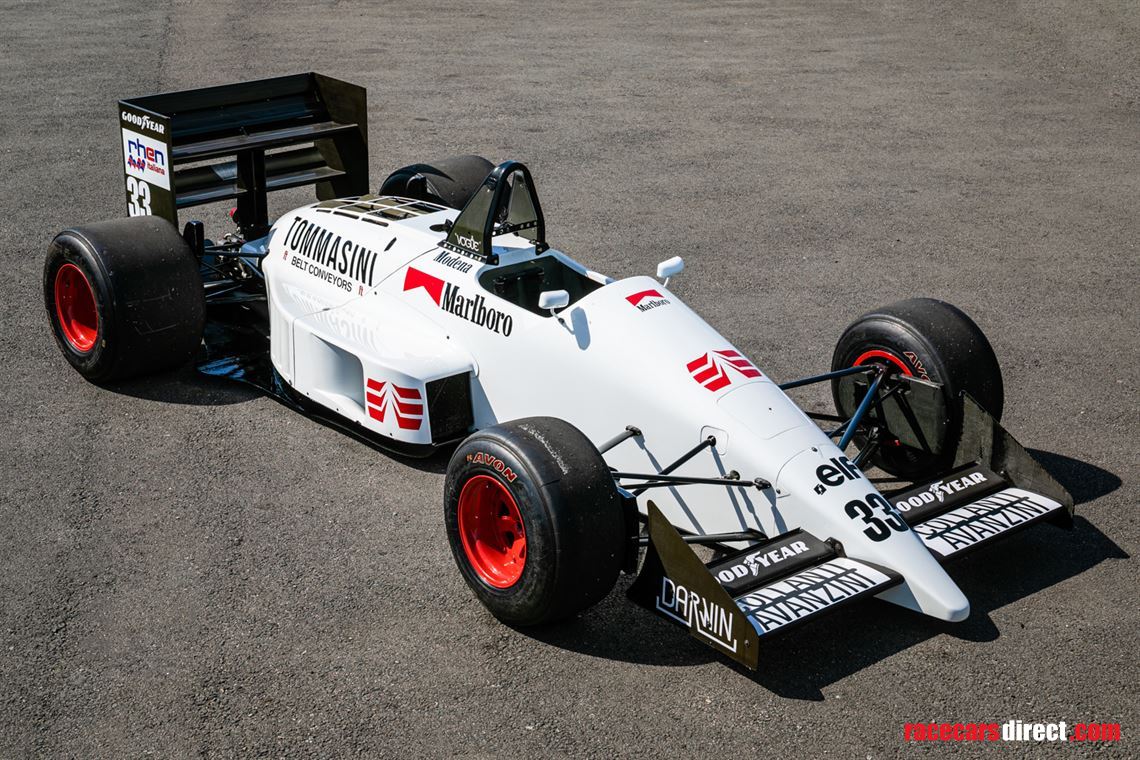 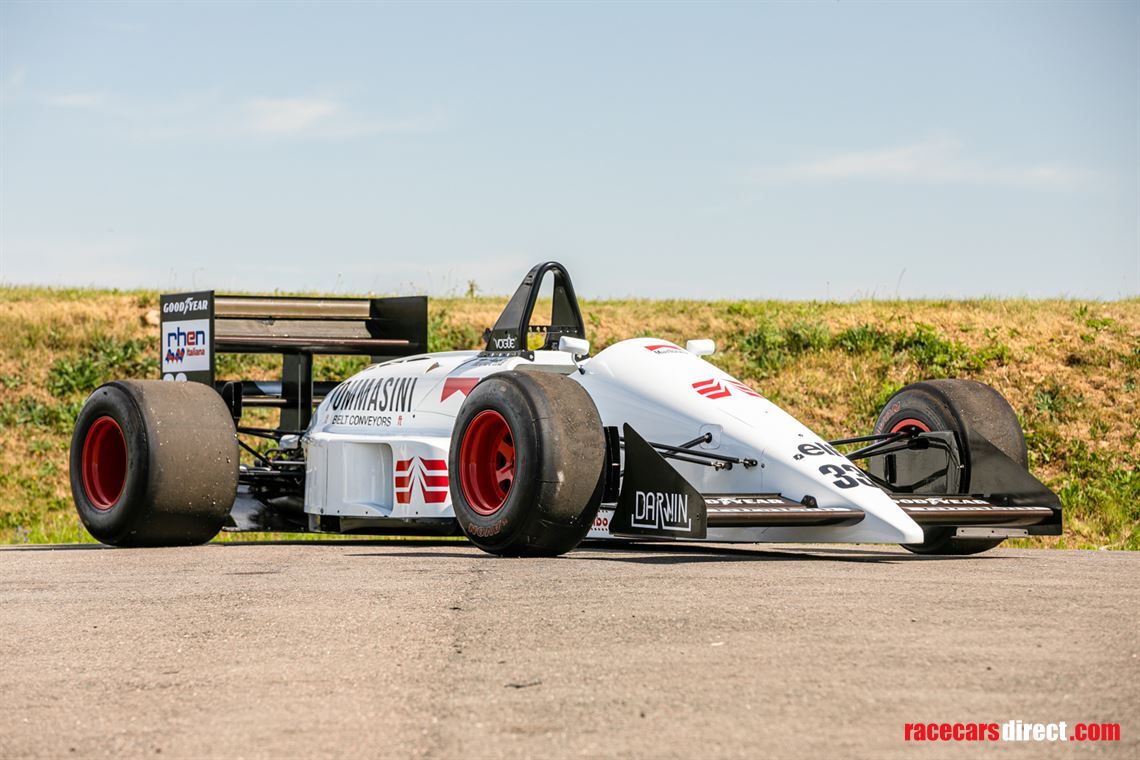 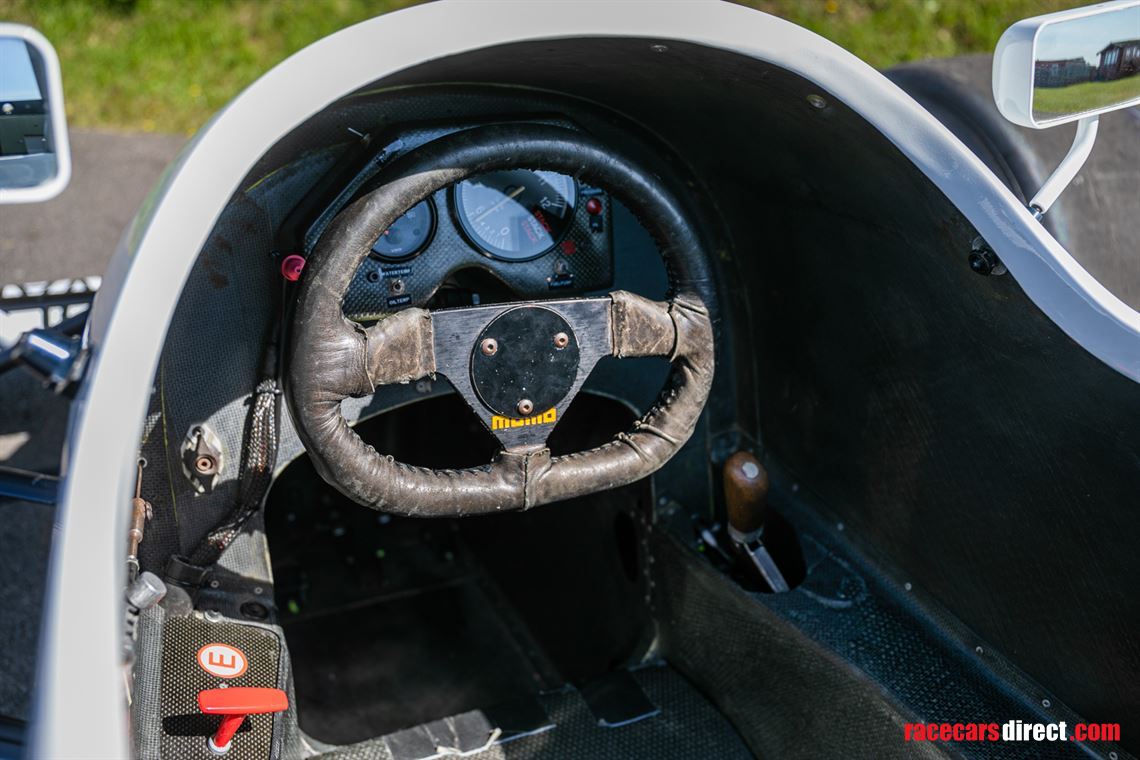 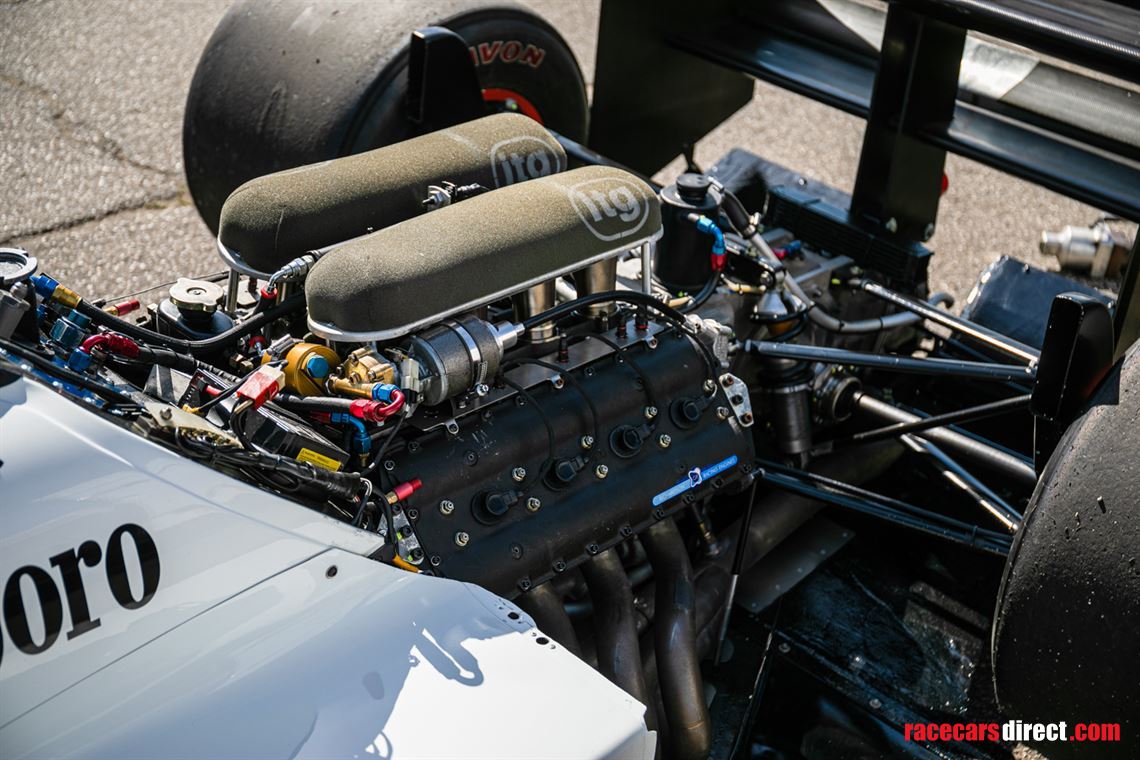 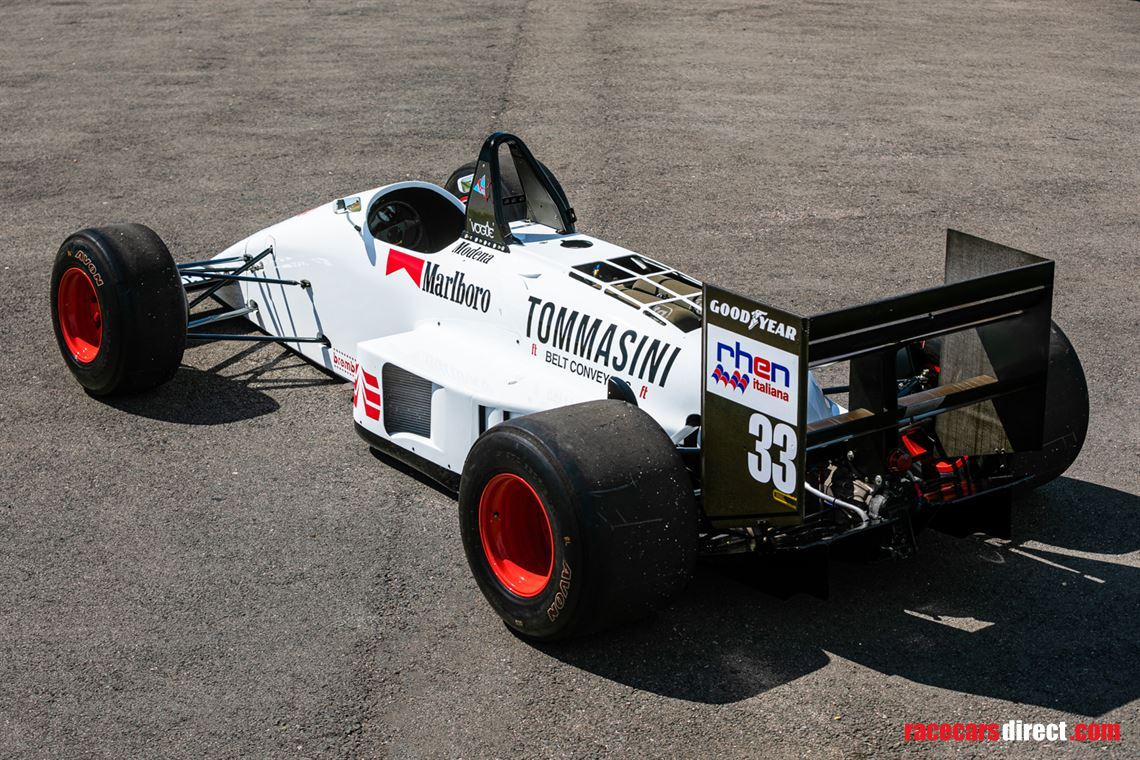 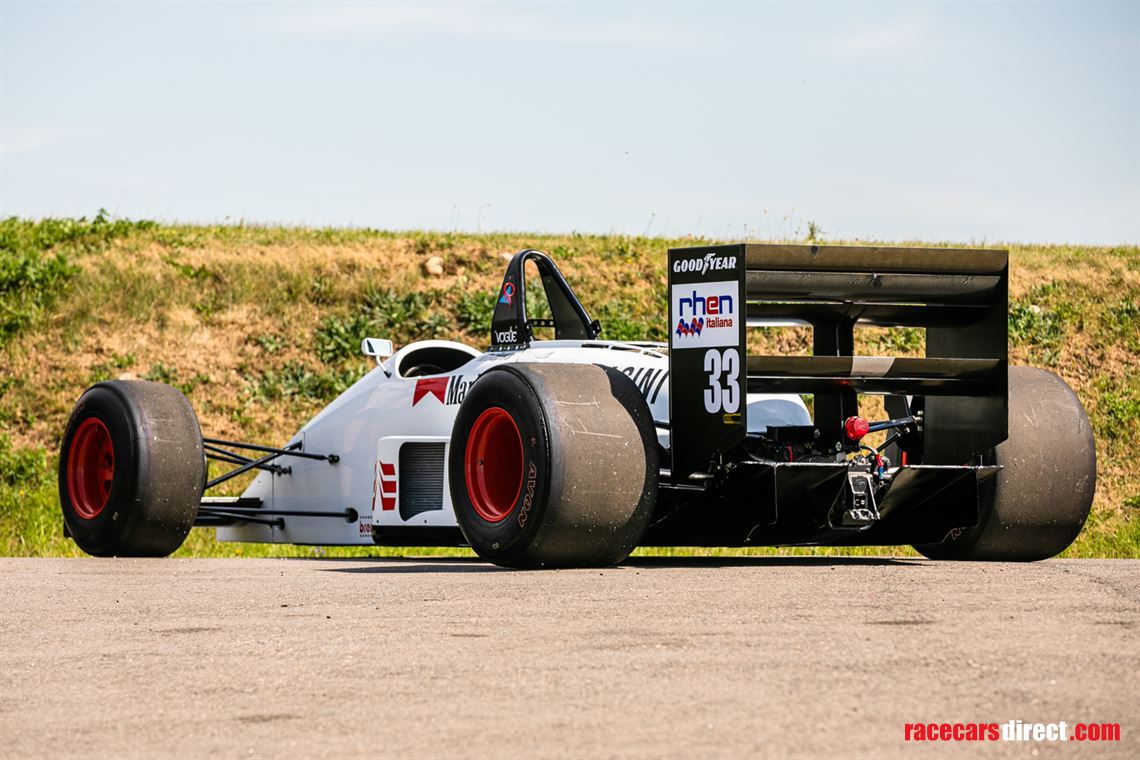 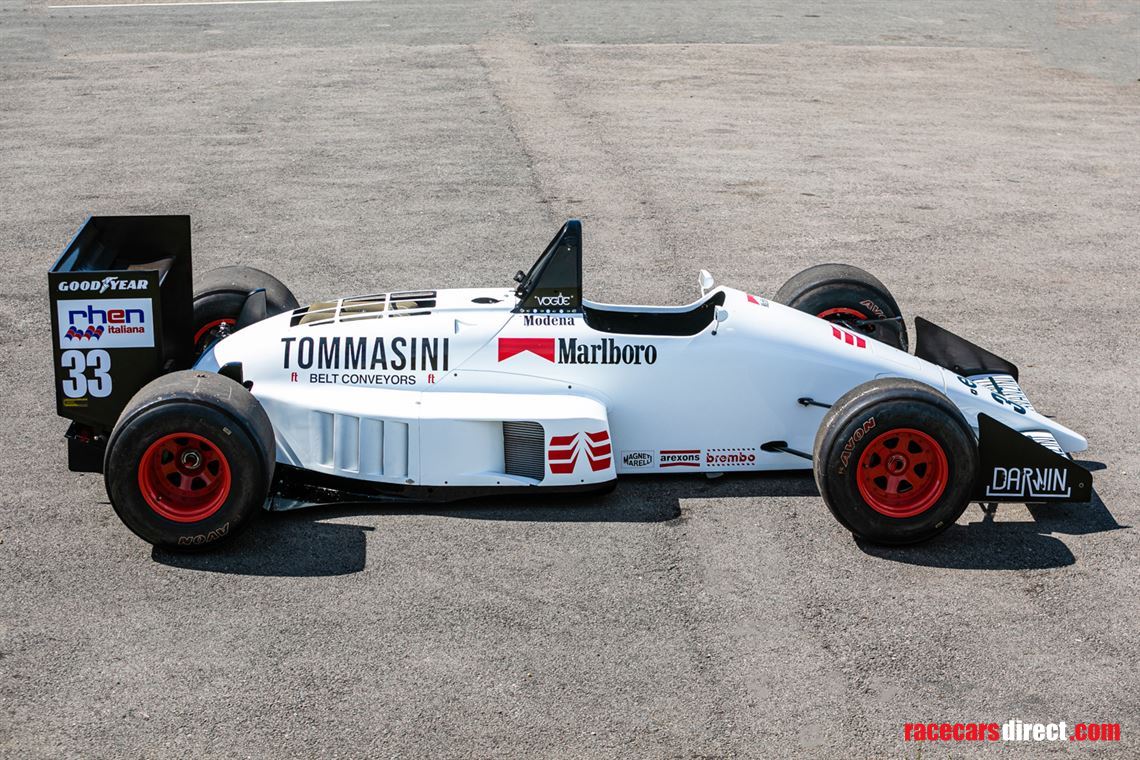 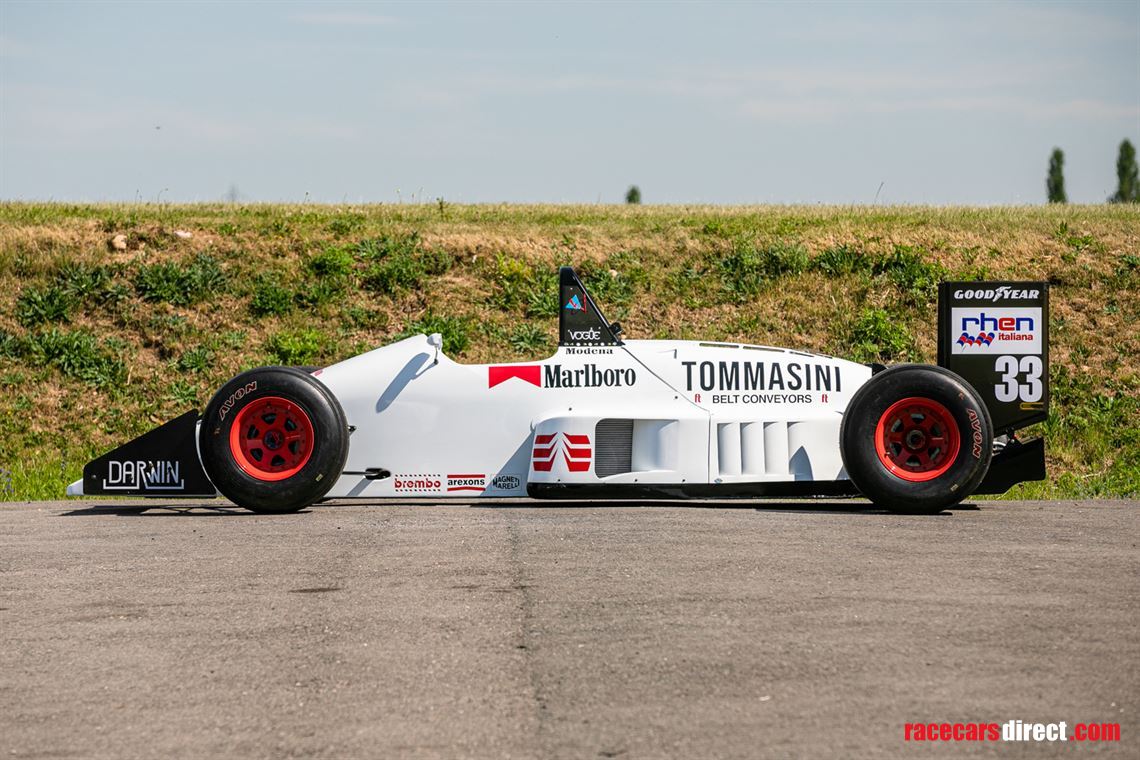 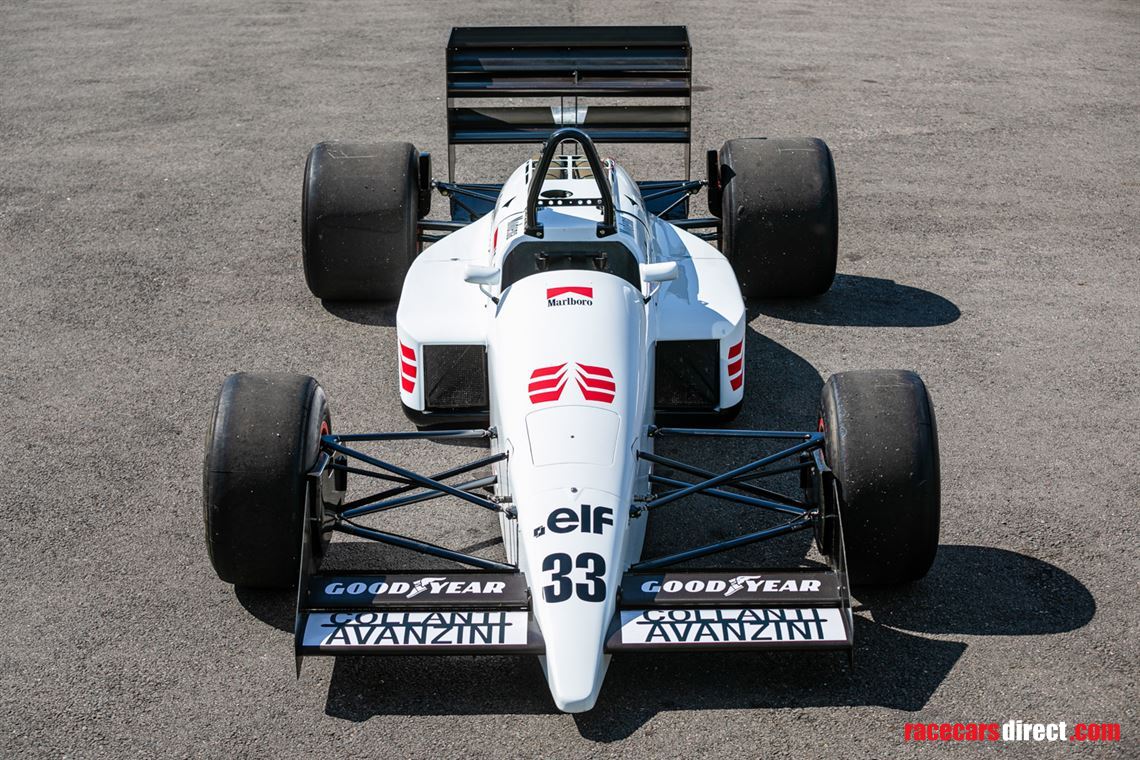 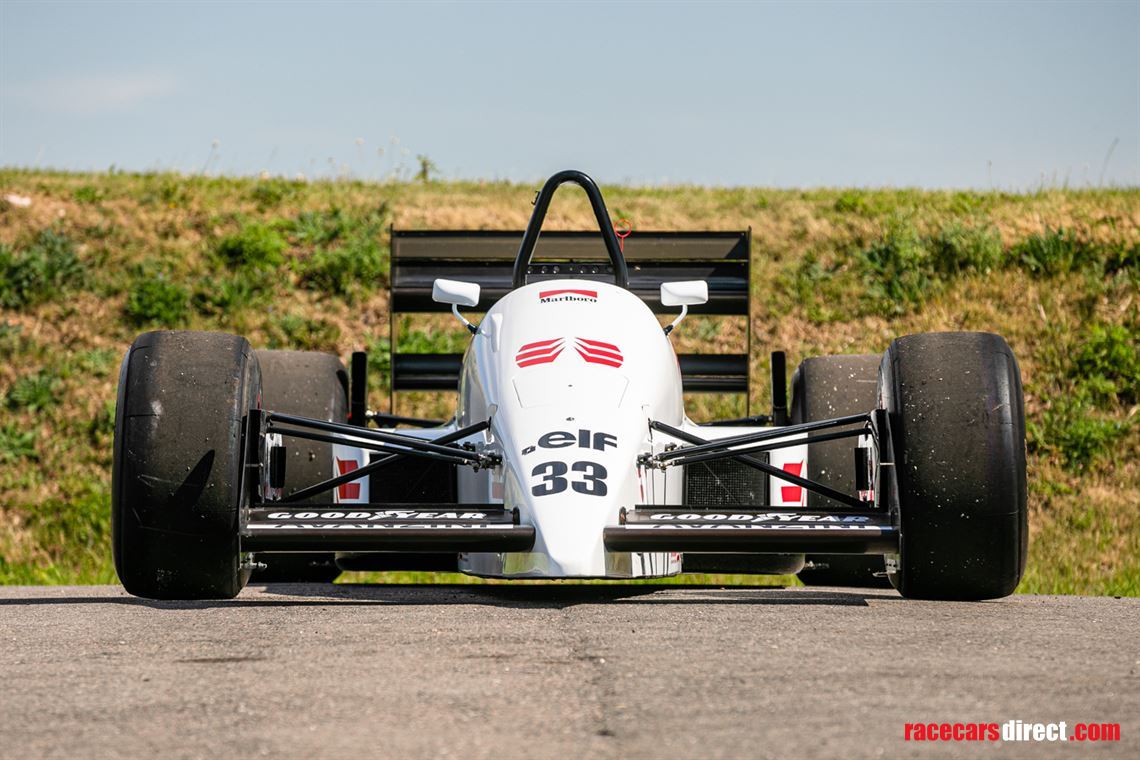 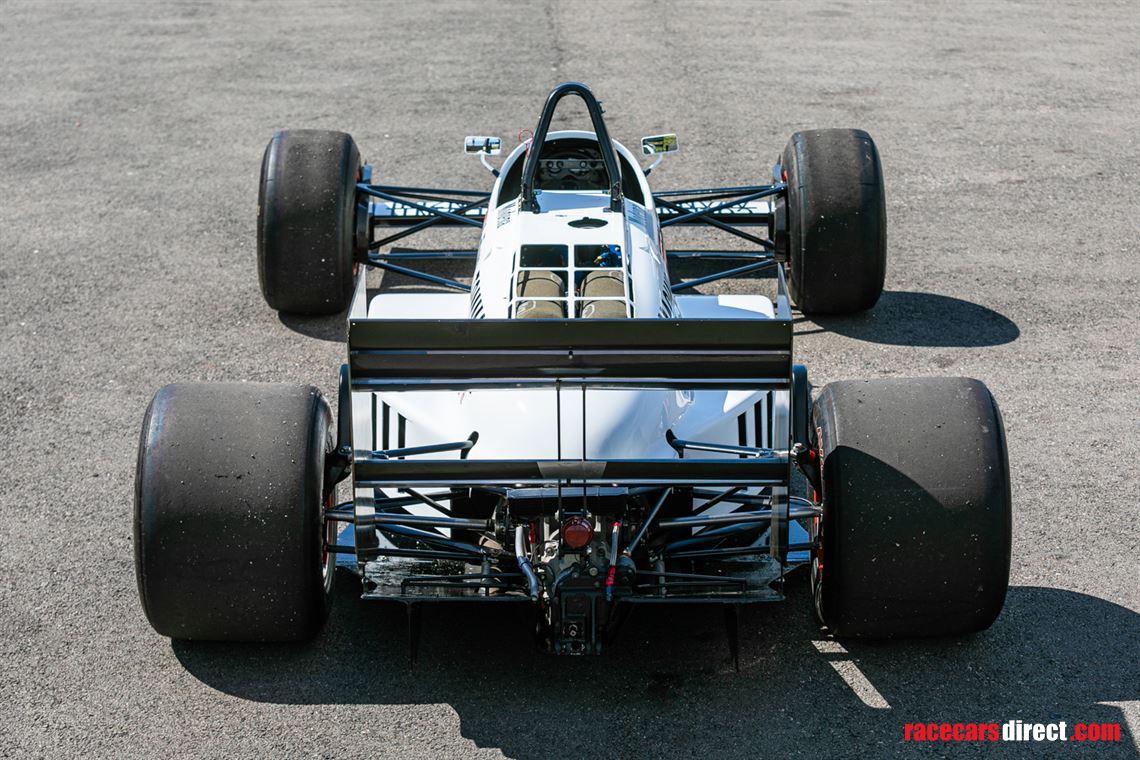 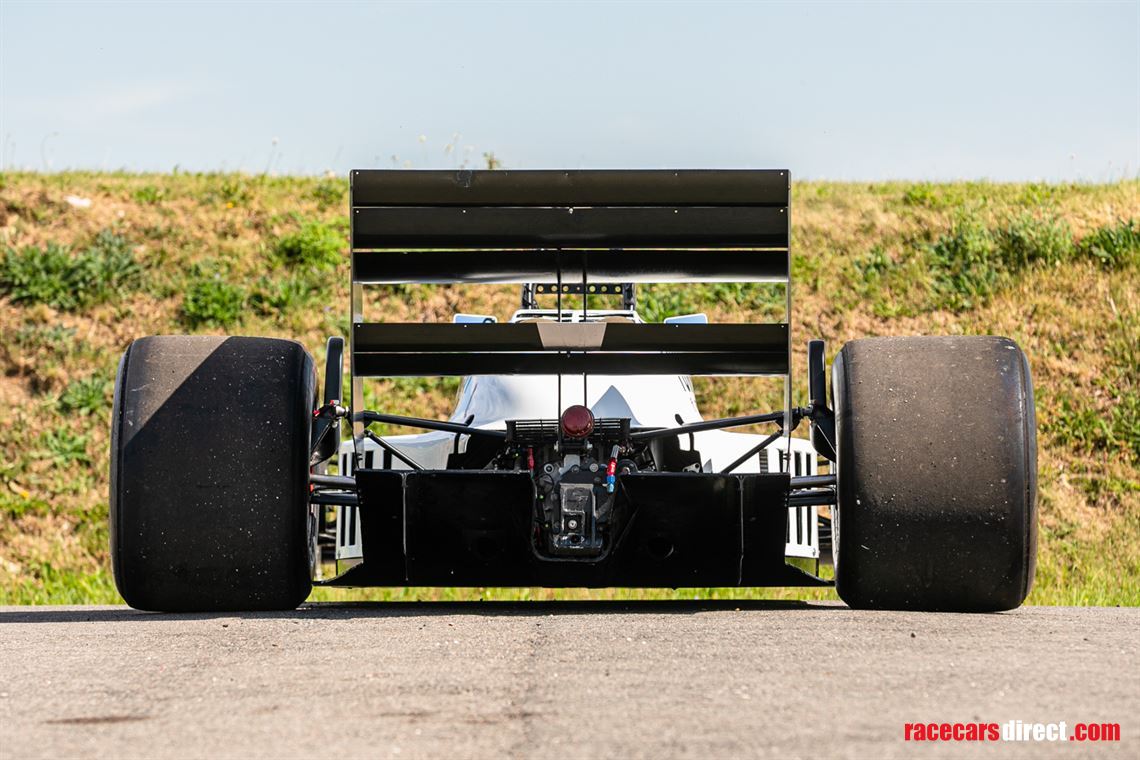 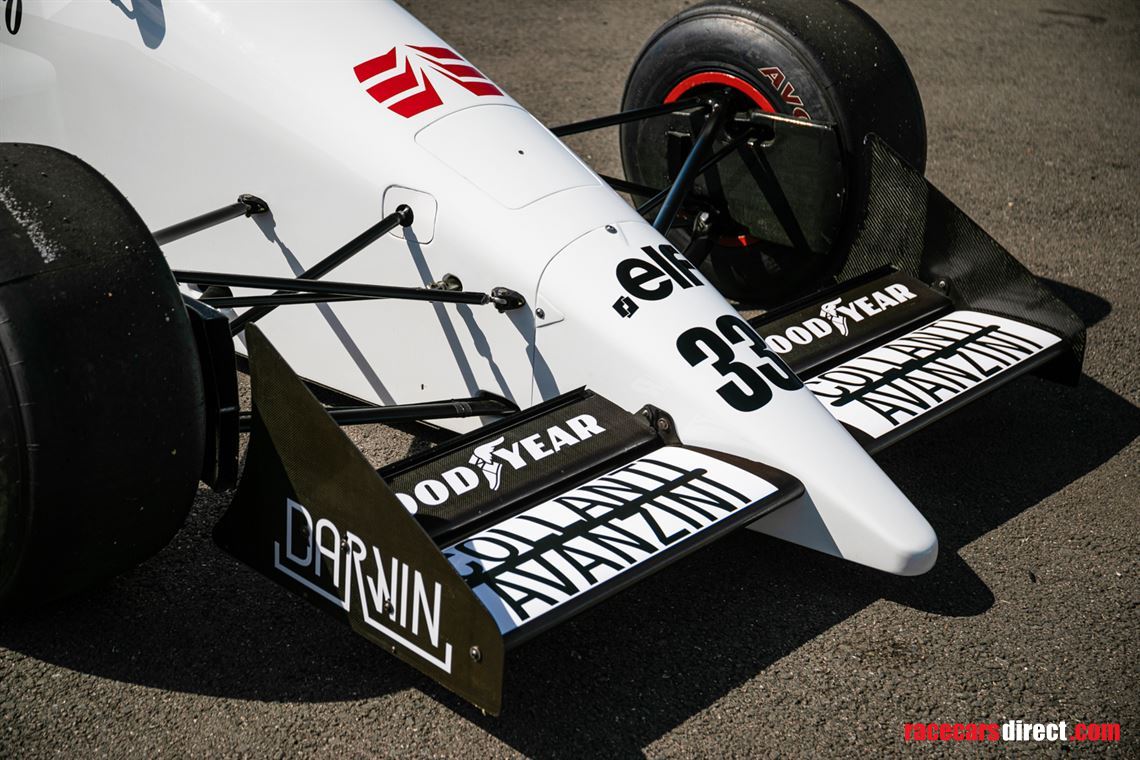 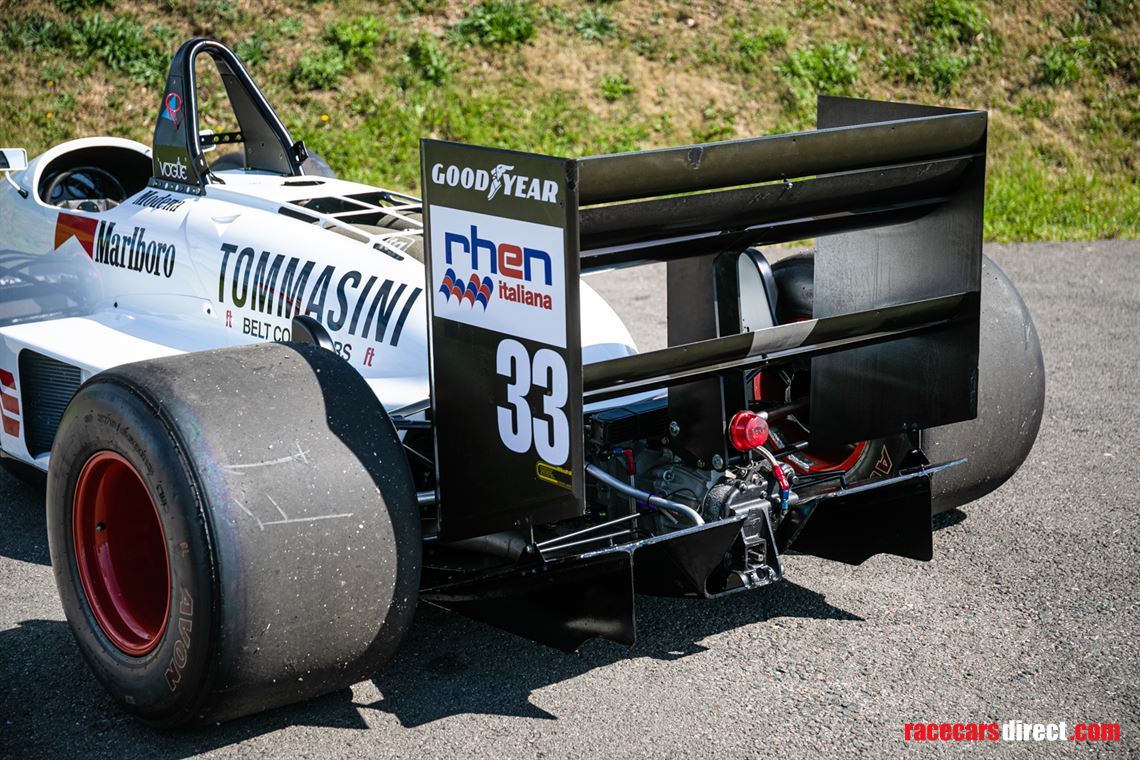 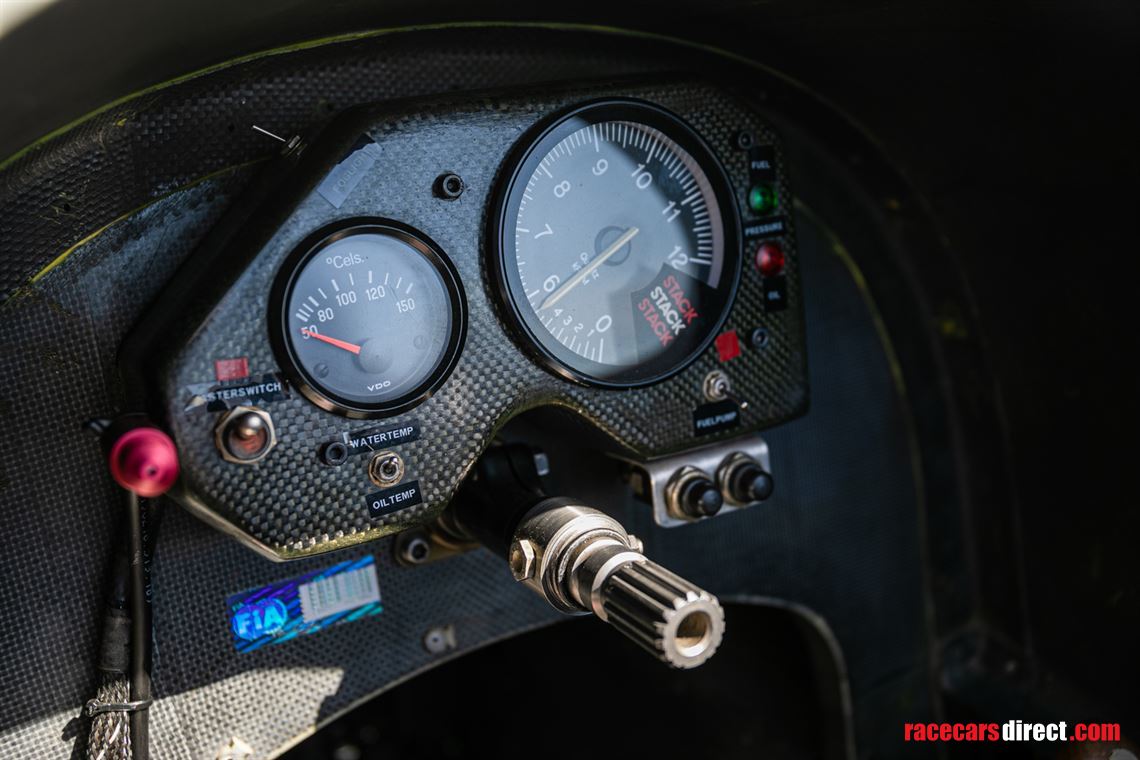 Formula One was fairly flush with funds in the late eighties and this spawned a second coming of the ‘garagista’ mentality making it possible for wealthy individuals that fancied being part of the Formula One scene to put together a chassis and driver package based around the availability of the 3.5-litre Cosworth DFZ V8 engine. Soon thirty-car grids were the norm and it wasn't long before there were more Grand Prix cars than spaces on the grid and teams needed to pre-qualify, frequently resulting in the less well prepared outfits never getting a race, becoming disillusioned and quickly fading away. Nevertheless, they were colourful times with pretty cars and some rather flamboyant characters and, happily, one or two talented racing drivers did find a way into mainstream teams.

Swiss, slot-machine magnate, Walter Brun, had previously proved his ability to field a very professional team running customer Porsche 962Cs in the WEC and justifying his long-held aspirations to create and enter a Formula One team. With reliable and affordable engines in the form of the DFZ becoming available and the expertise of designer Mario Tolentino who had successfully guided the Alfa-Romeo Formula One team from 1982-1985, Brun's dream looked like becoming a reality when his 1988 Grand Prix entry was nearing completion. Throw into the mix the combination of Giampaolo Pavenello’s 'Euoracing' team with proven mechanical expertise and EuroBrun was born.

For the 1988 Grand Prix season, three cars were built and ER188-003, on offer here, was used by Stefano Modena for the majority of the season finishing in five of the seasons Grand Prix. He finished 12th at the Circuit Gilles Villeneuve Montreal, 14th in the French Grand Prix at Paul Ricard, 12th at the British Grand Prix and then achieved the car's best result of 11th at the Hungarian Grand Prix. For 1989, the car was updated to EB188B specification and used for the first part of the season with a Judd CV engine till the ER189 was launched.

ER188-003 has now been subject to an exacting rebuild which included a refreshed Cosworth DFR engine from Geoff Richardson that has been run for just two shakedown sessions and a few demonstration laps at Donington Park. The overall rebuild was entrusted to the renowned historic race-preparation team, John Danby Racing, and the result is a perfectly drivable and reliable Formula One car that retains all the driving characteristics of a competitive '88 car. It has full FIA HTP papers. It comes supplied with four extra wheels from a new batch specifically re-made as per the originals, a flight case for the nosecone assembly, and various spares. The complete story of the 1988 EuroBrun F1 season is totally mapped out in a beautifully presented history file with results sheets, period photos and press cuttings relating to the EuroBrun story.

Superbly presented and sounding fantastic, this is a great opportunity to enter Formula One car ownership with a proper running car that would be welcome at many Blue Riband events and perhaps even Grand Prix support demos. With organisers now looking at the inclusion of 3.5 litre-engined Grand Prix cars into historic festivals and crowds keen to hear the howl of a full-house Cosworth V8 @12,000rpm, this may be one of your more shrewd investments.