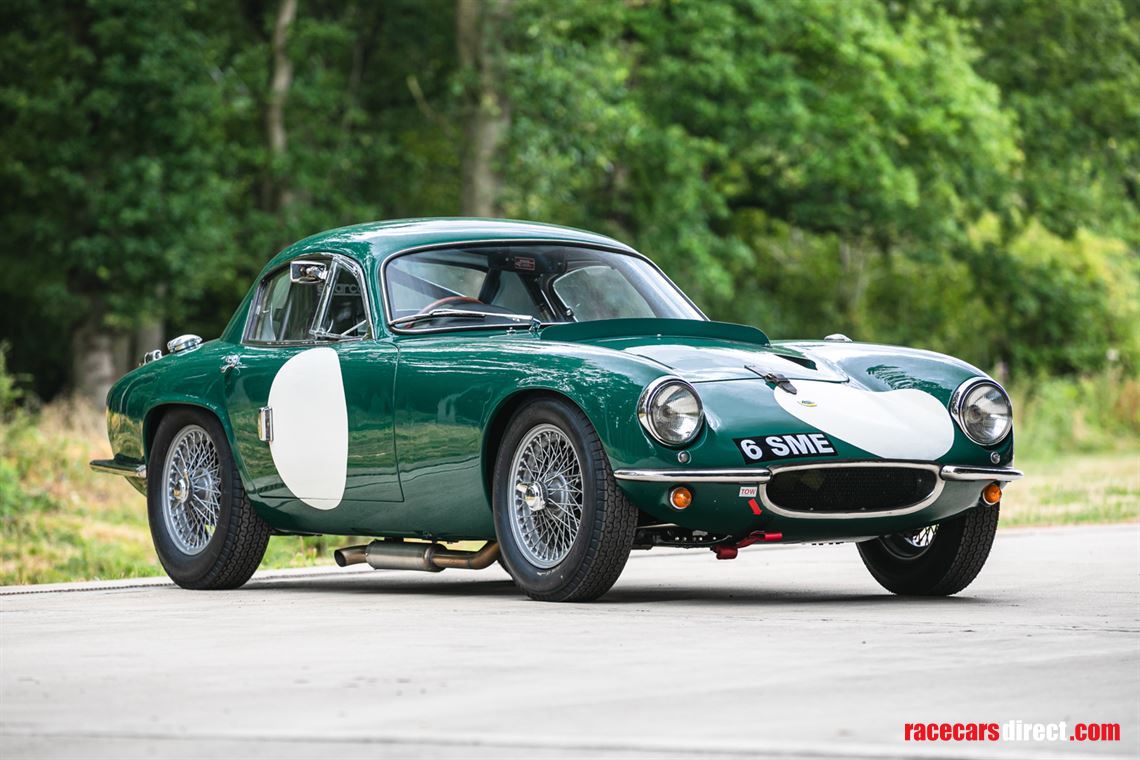 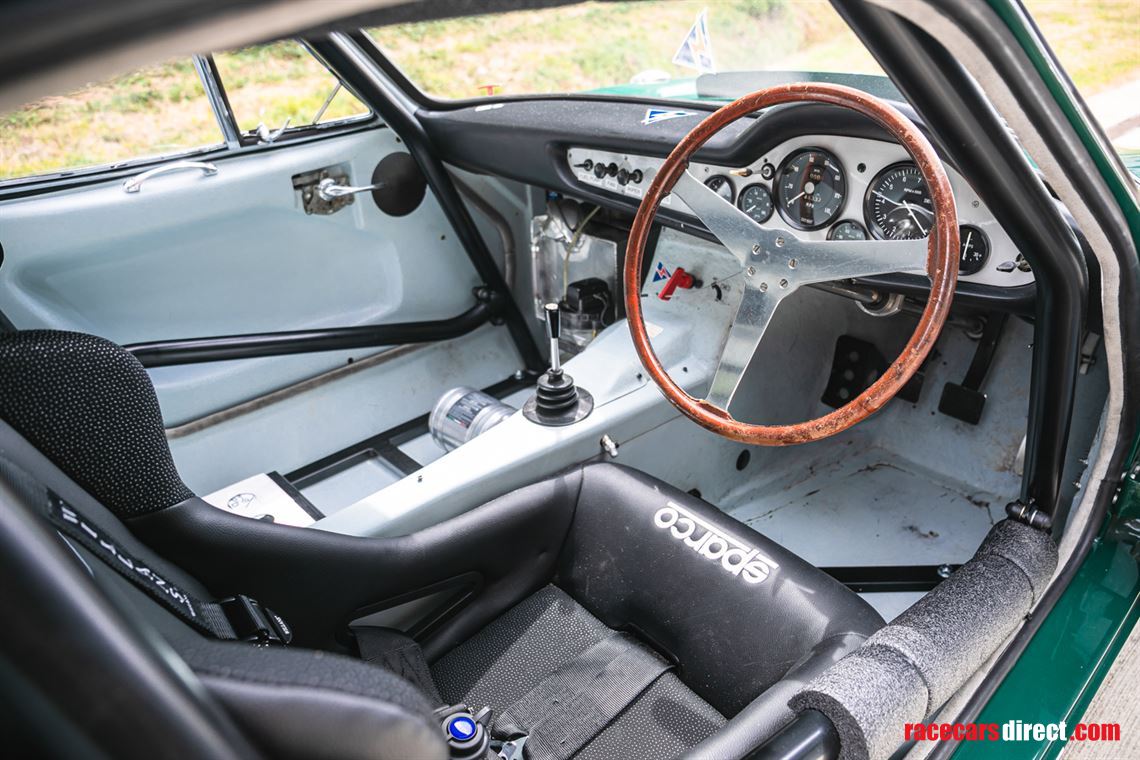 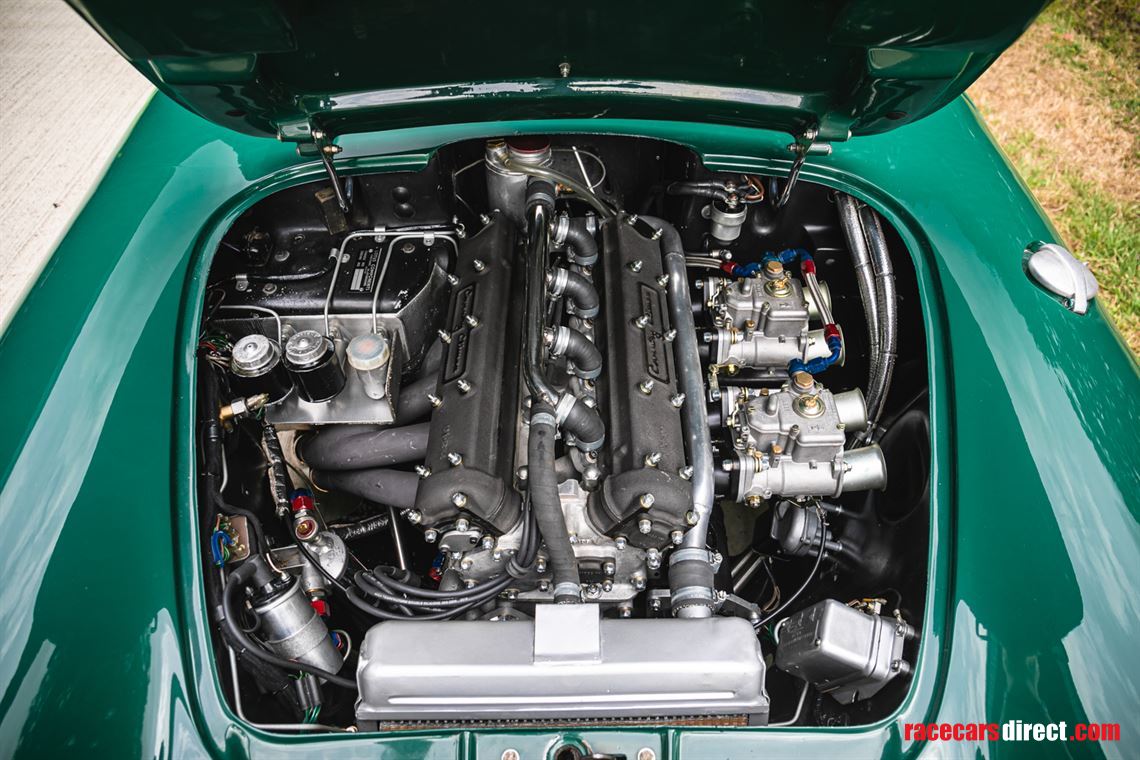 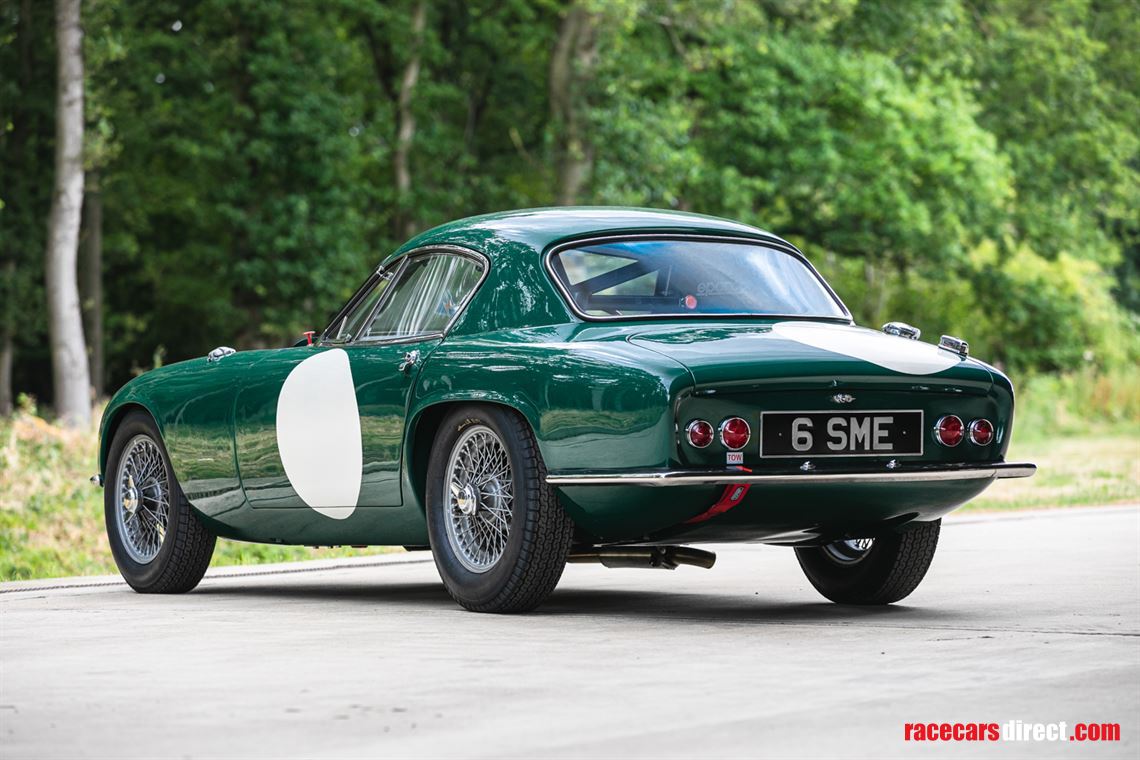 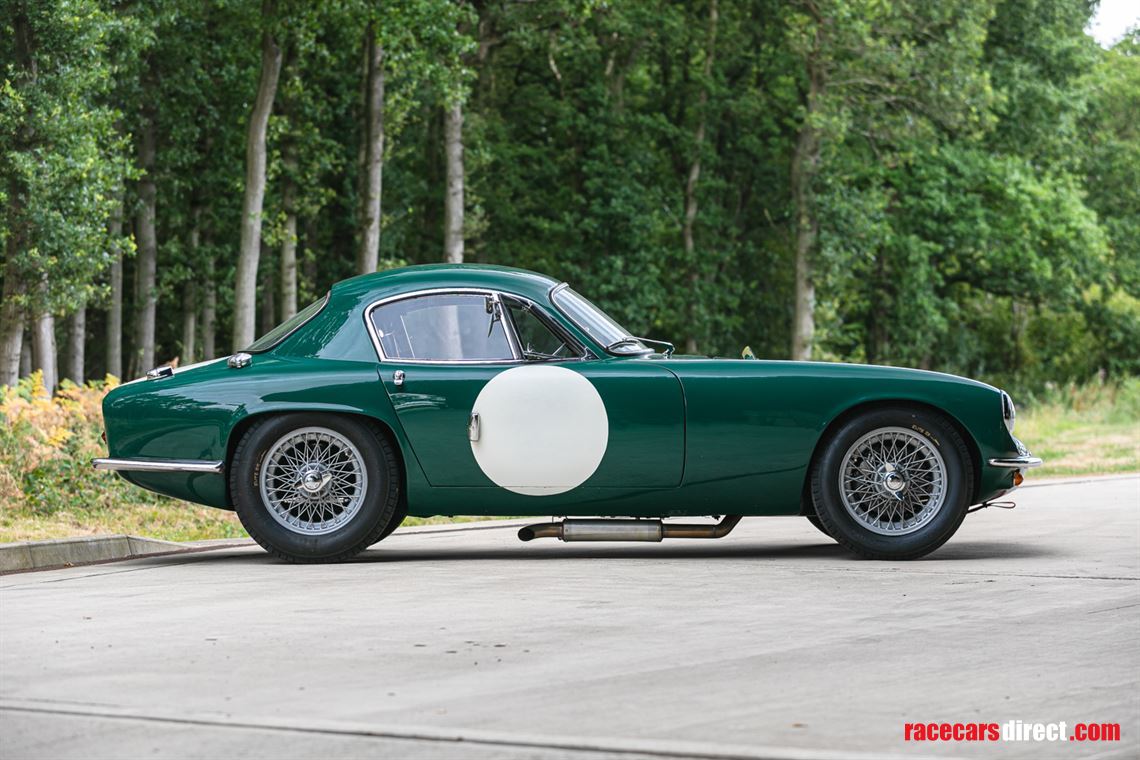 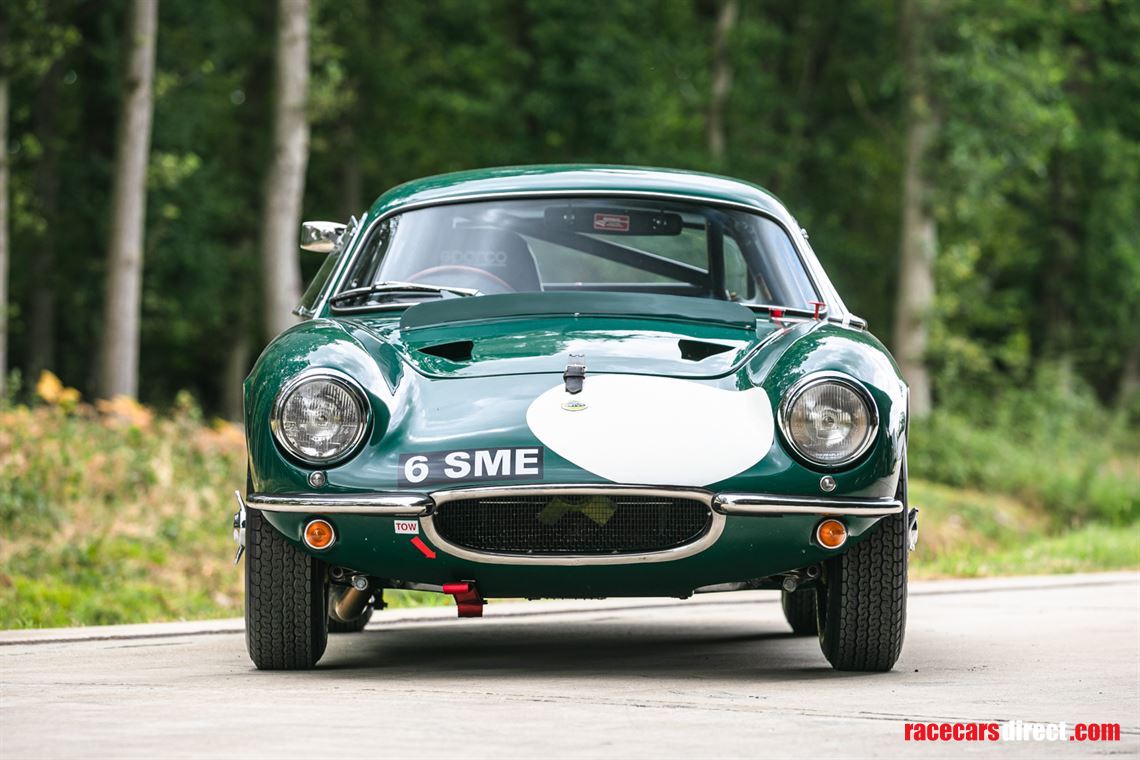 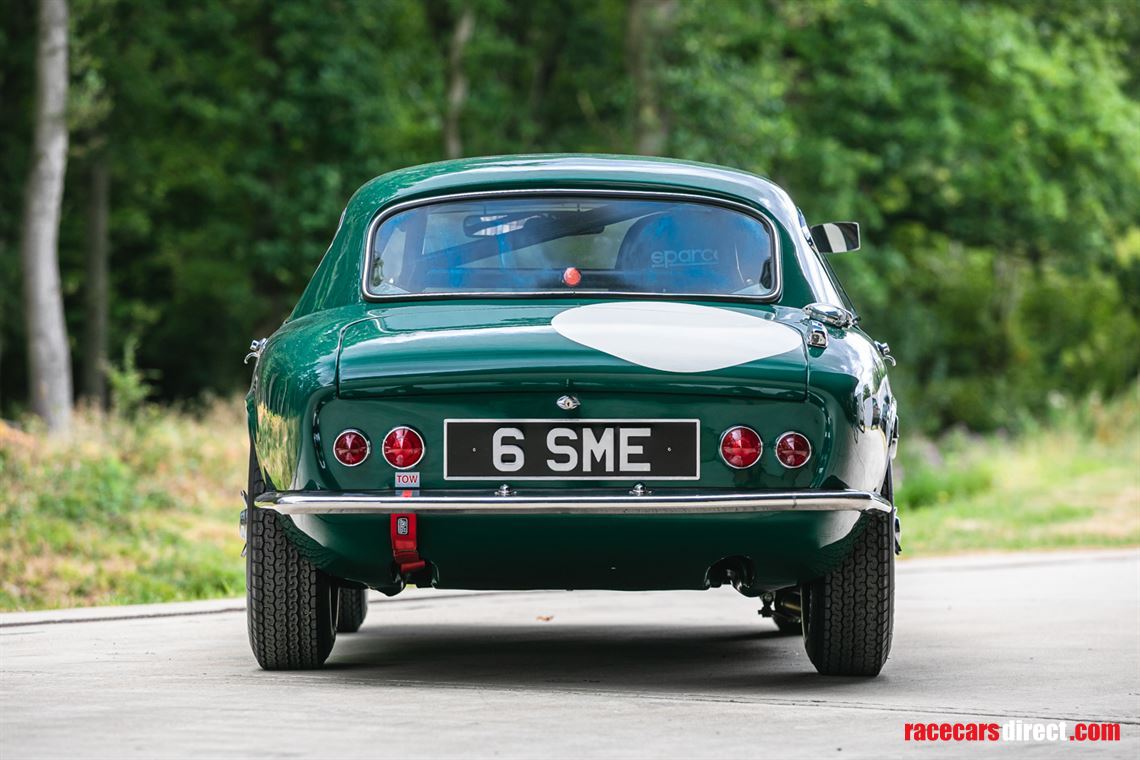 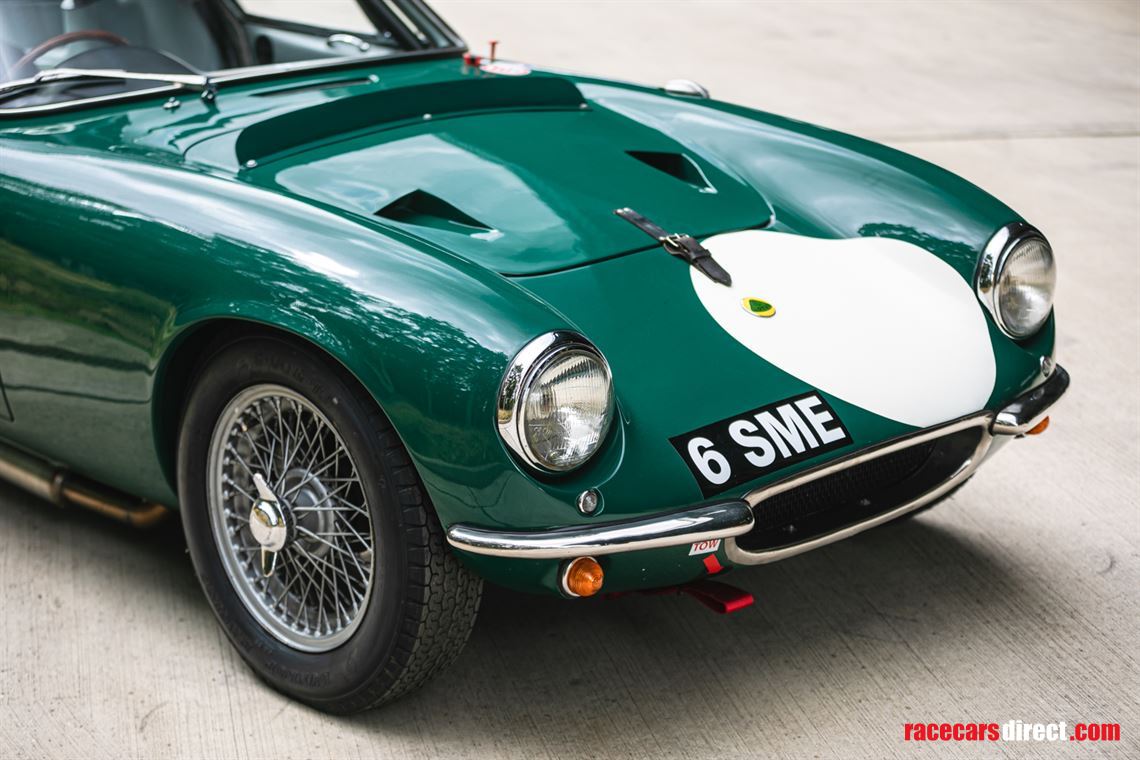 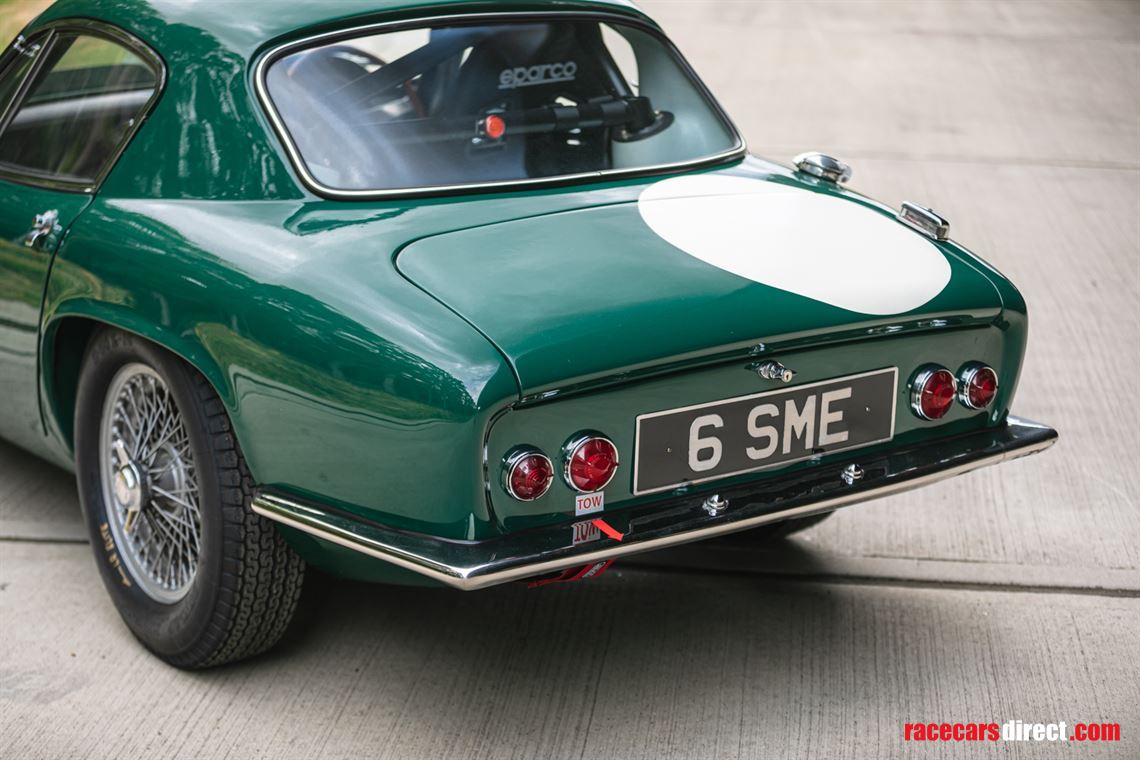 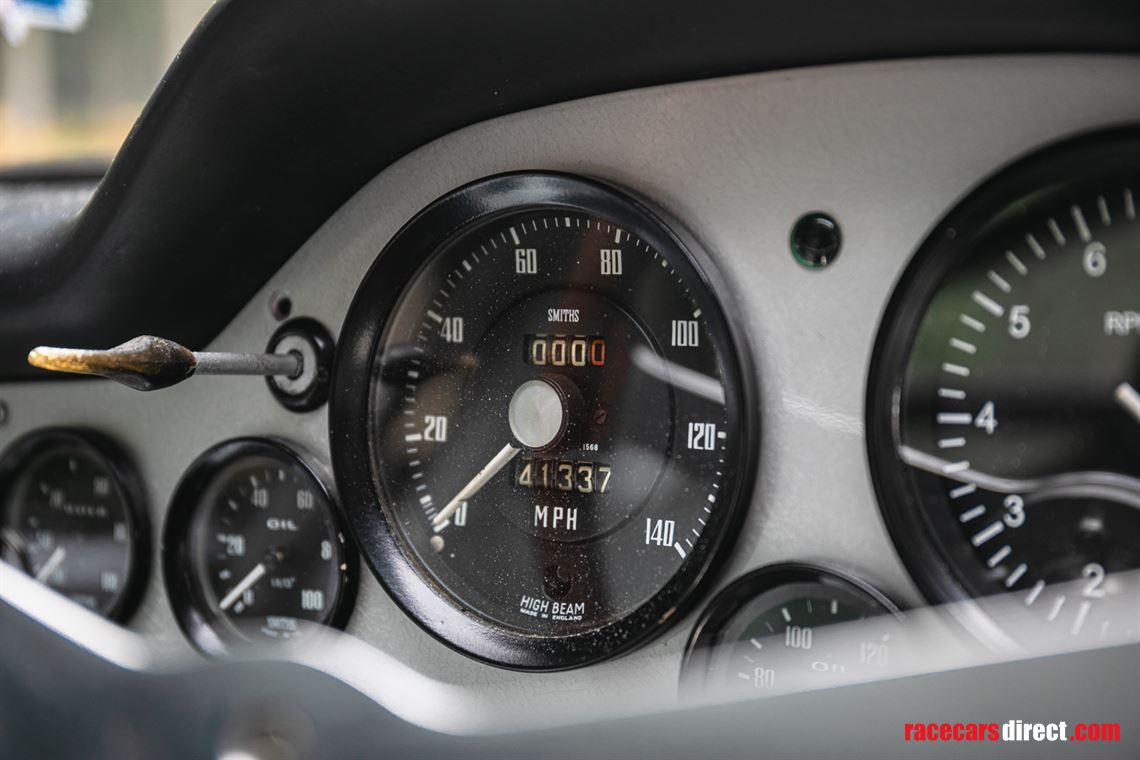 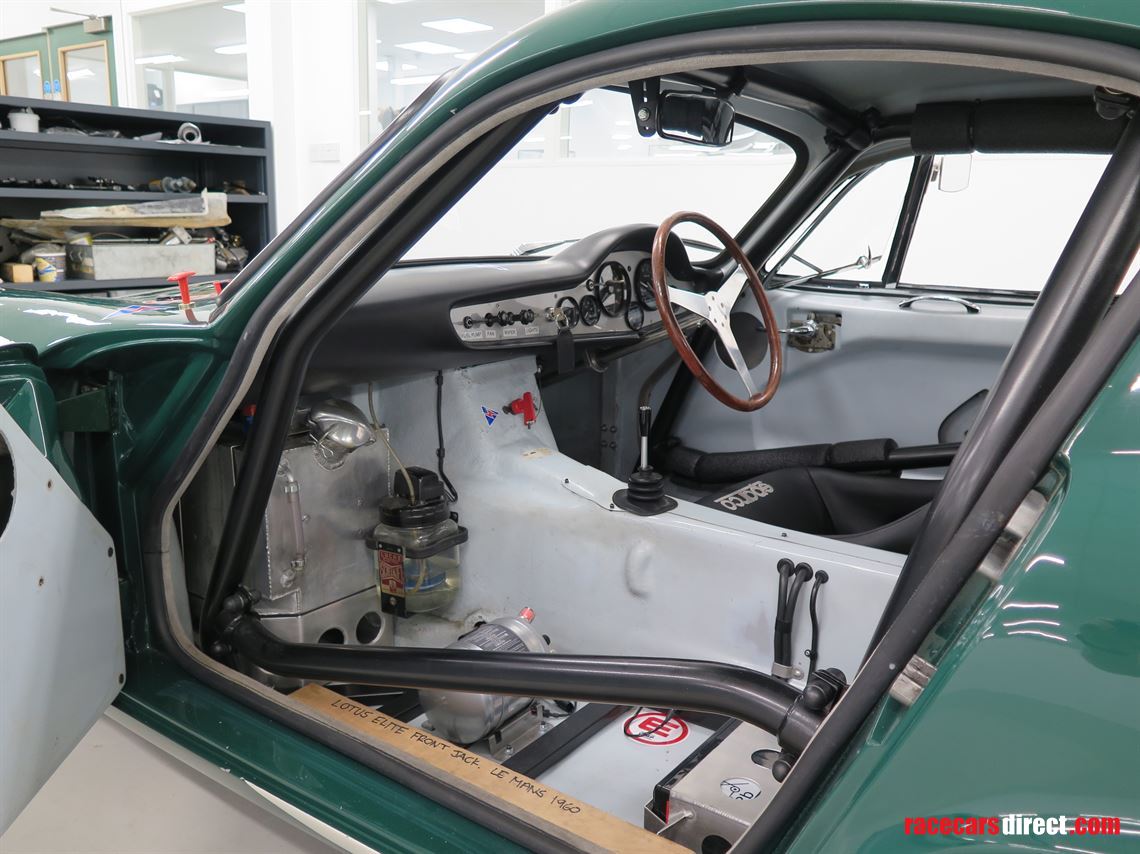 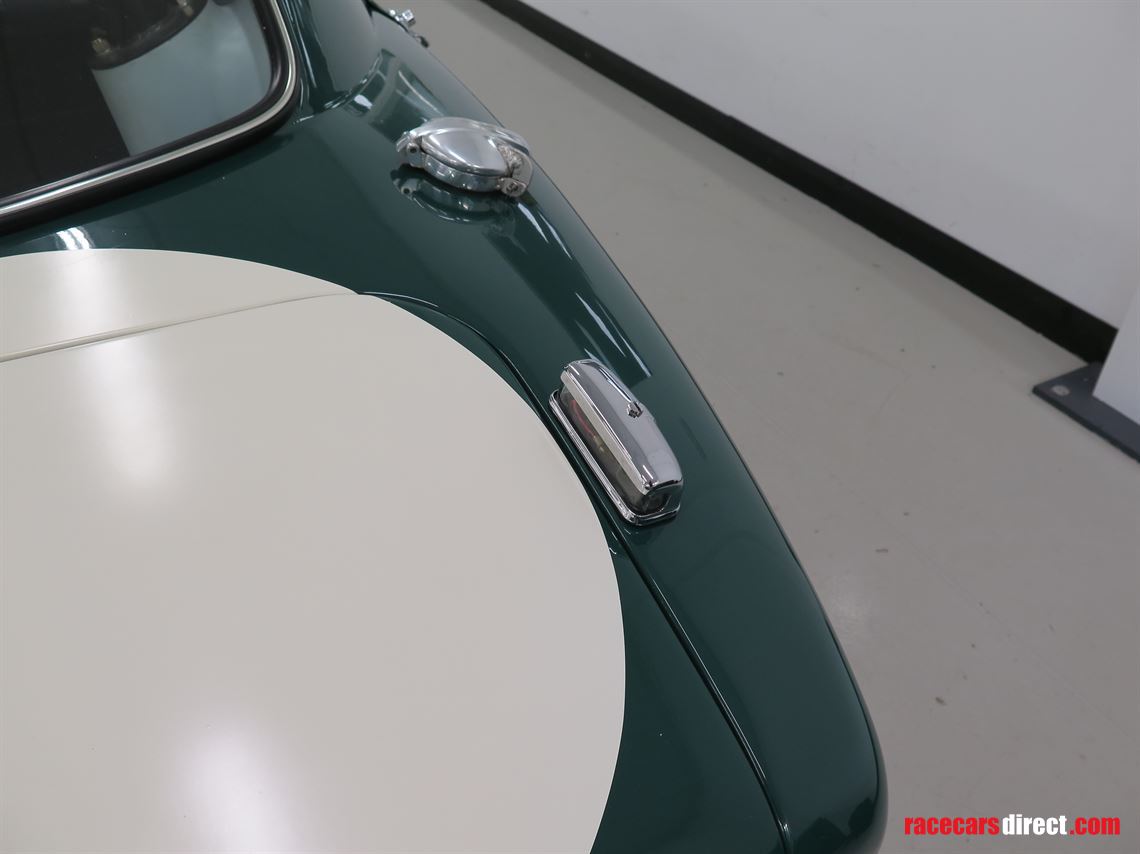 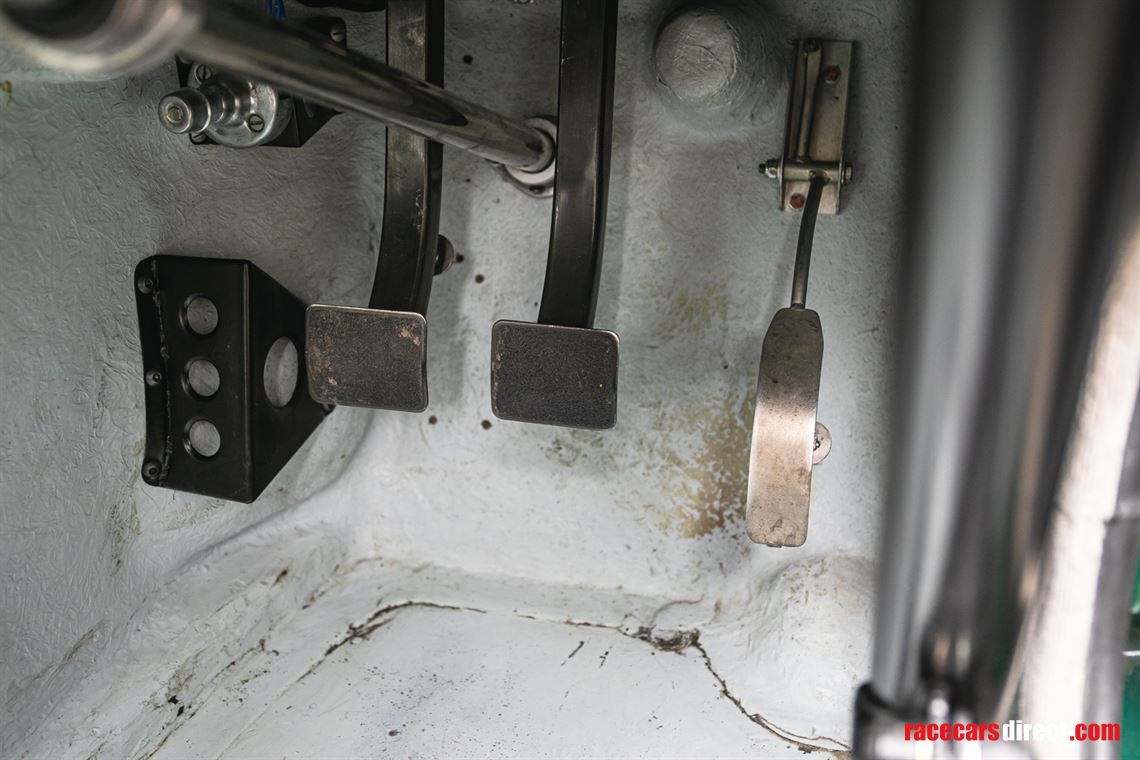 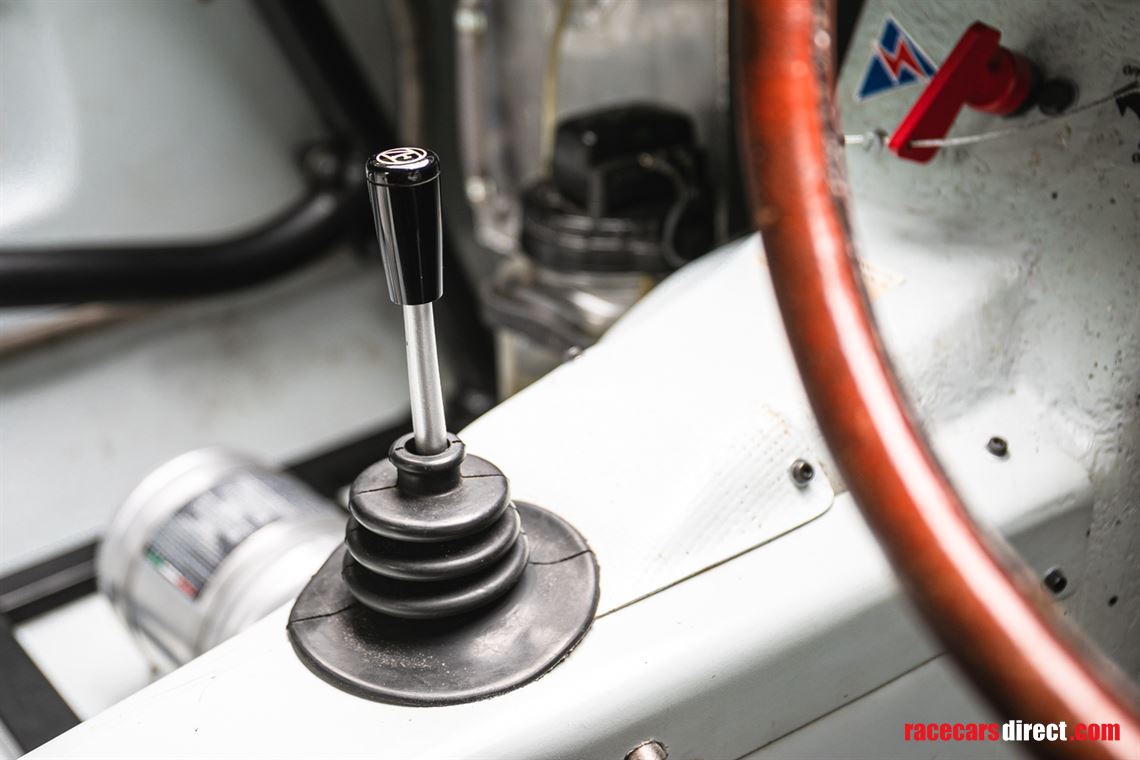 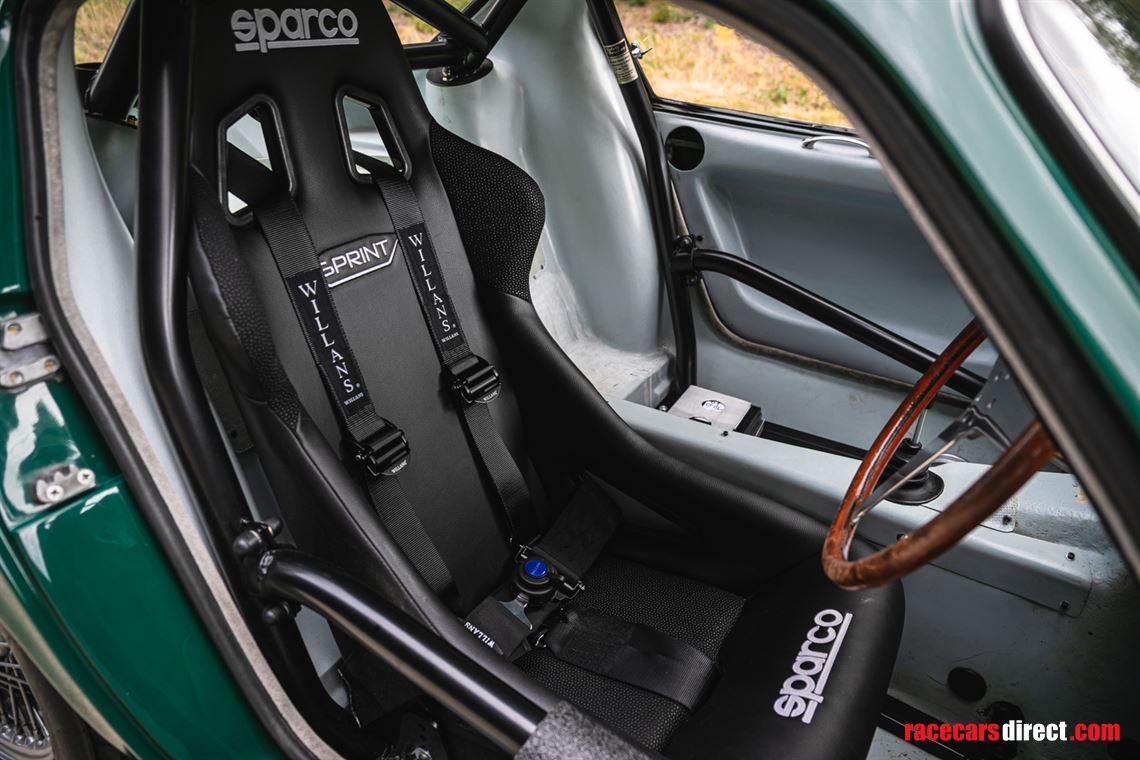 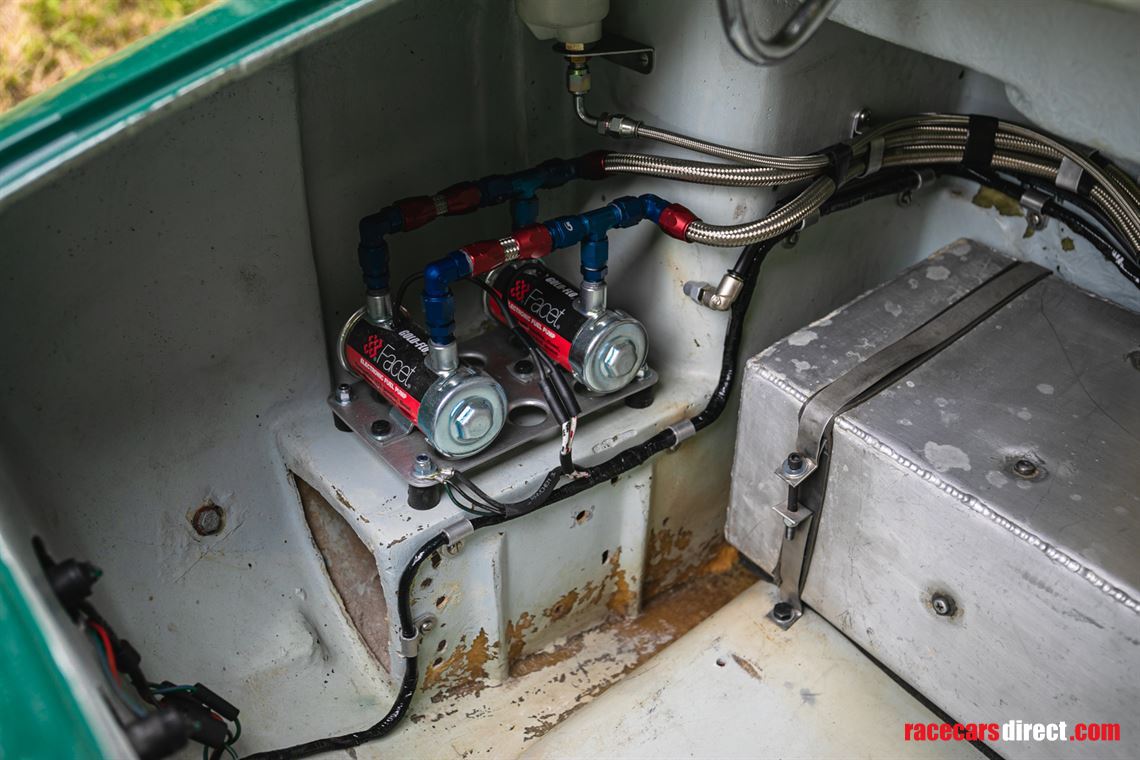 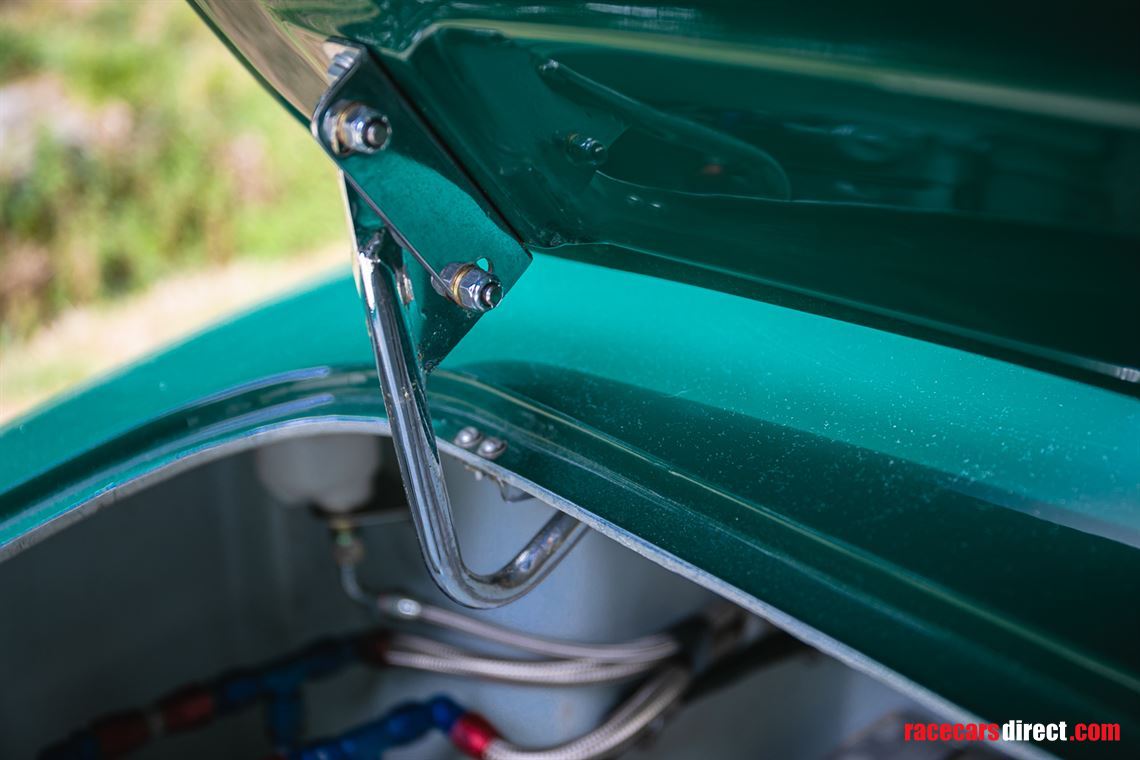 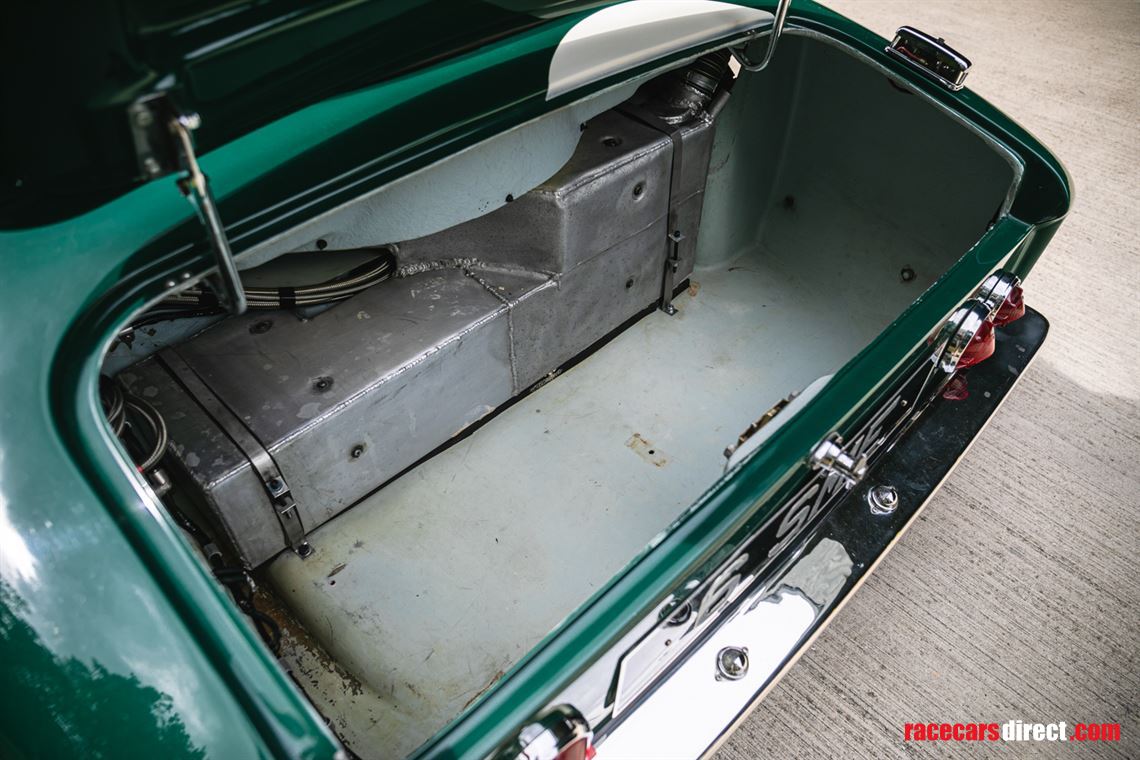 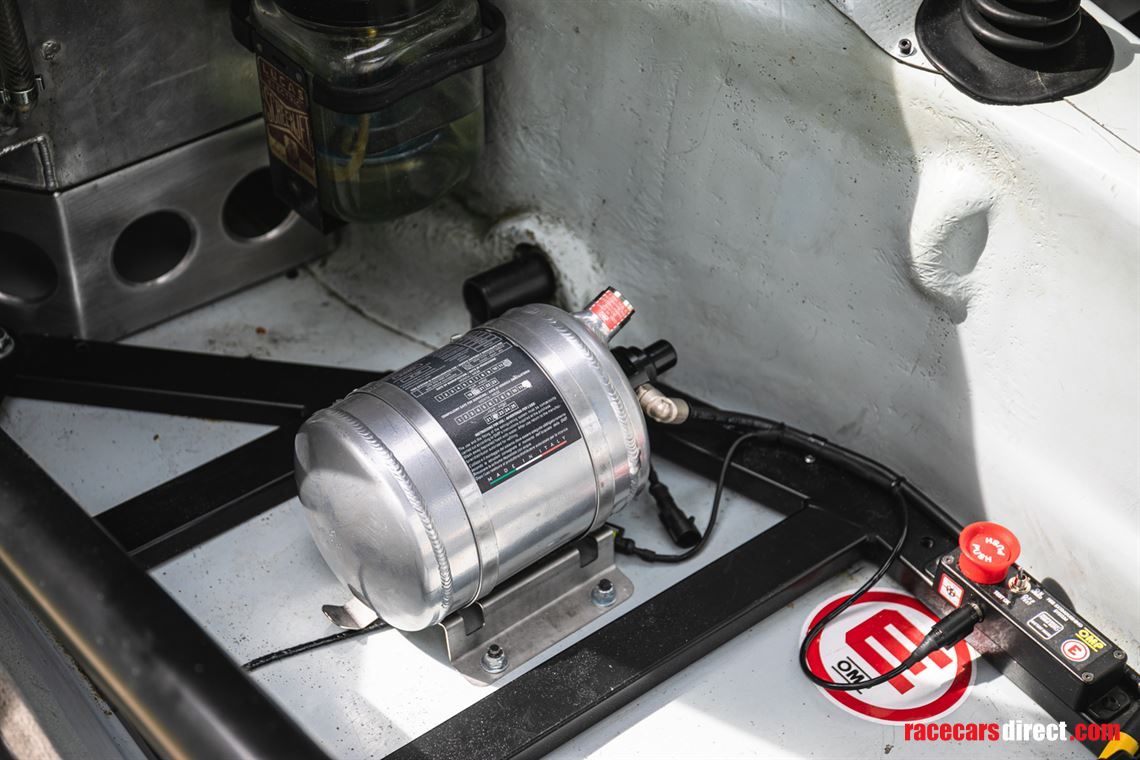 The Type 14 Lotus Elite, when first launched in 1958, put Colin Chapman and Lotus cars very firmly on the map. It utilised a 'monocoque construction' which meant there was no separate chassis and the body was 'load bearing', and whilst this was becoming accepted practice, the Elite was the first time it had been attempted in glass-fibre. When combined with independent sporty suspension, a ZF gearbox, disc brakes, a Coventry-Climax all-aluminium engine, and a very low drag coefficient of just 0.29 - it made for a great drivers' car.

Silverstone Auctions are proud to offer this legendary Elite Type 14 that was built with one objective in mind and that was to win overall at the 1960 Le Mans 24hrs. With its prodigious speed and better economy against the more powerful competition fewer pitstops for fuel would be a positive advantage. Named the LX, It was put together and race-prepared at the Lotus Works and fitted with a 2-litre Coventry-Climax FPF twin-cam engine. It was felt that with the cars slippery design, the extra power generated by the FPF and raised gearing, that it would be fast in a straight line and that proved to be the case with John Whitmore, reserve driver for Aston Martin, commenting in practice that he believed it faster than the works DBR1 down the Mulsanne Straight.

The Elite was entered by Lotus Engineering and funded by Jonathon Sieff, part of the Marks and Spencer dynasty and a Lotus customer. Innes Ireland was to share with Alan Stacey both Team Lotus drivers and highly regarded, however, the very talented Alan Stacey lost his life at Spa a week earlier so his prodigy, John Whitmore, was transferred across from Aston Martin.

As practice started, the normally pragmatic Innes Ireland was frustrated with cooling issues and the lack of balance in the car which he considered might be spring rates, however, when John Whitmore drove the car using revised tyre pressures, he was impressed by its potential. However, events and the normally rugged Innes Ireland's low mood were to have a profound effect. Jonathon Sieff, with whom Innes enjoyed a good relationship, had left the track in his 1216cc Elite during practice on the Mulsanne leaving him very badly injured and the death of his friend Alan Stacey only days earlier and current events made Innes decide that he wanted no further part in that’s year event at The Sarthe. Sometimes you just know. He borrowed John Whitmore’s Minivan and headed for the ferry home and back to his beloved Borders. So, without a co-driver the Lotus LX entry was cancelled even though they had a accomplished one of the hardest parts of the foray - overcoming the French scrutineering process! Type 14 Elites won their class for the next four years but the chance to see the most powerful Elite LX in action at Le Mans had gone.

It was then sold to the independent Team Elite who had aspirations to race again at Le Mans in 1961 but an accident two months before at Rufforth curtailed their ambition and financial problems were looming. The investment by Jonathon Sieff and significant Lotus Engineering input with re-enforced engine bay and suspension, brakes and steering from the Lotus 18 F1 program were staring to look stillborn. The Elite LX passed through the hands of six owners before being acquired by Charles Levy who had chief Lotus designer, Ron Hickman, confirm that his newly acquired Elite was chassis 1255, the 1960 Works Le Mans entry. He confirmed ‘’with 100% certainty’’ that the bodyshell was correct.

It was purchased by our vendor in 2014, himself a Lotus engineer from the Cheshunt days in the sixties, and his ambition was to see the Elite LX restored and prepared for an outing at Goodwood. There was of course only one option and that being Classic Team Lotus with lead mechanic Rob Ashley concentrating on preserving the period authenticy and preparation for FIA events and it has had FIA papers since 2021. It's fitted with a brand new Crostwaite and Gardiner Coventry Climax FPF 2-litre engine. With two final pre-Goodwood track tests by Lotus test-driver, Gavan Kershaw, the Elite is now signed-off ready for its new owner. The late Tony Dron, after a track test article for Octane in 2014, before any work by Classic Team Lotus to prepare the Elite proclaimed that  ‘’This is a car that could prove to be devastatingly quick in a wide range in historic events’’. We have to emphasize that the track test was conducted before the Elite had returned to its spiritual home at Classic Team Lotus.

This historic Elite comes with everything to corroborate its incredible story including a copy of the 1960 Le Mans entry form, a Le Mans Regulations booklet, authentication letters from Ron Hickman and the Team Elite manager and a considerable number of restoration invoices. Classically presented and with prodigious historic competition potential, the LX is part of the Lotus story and we welcome any inspection.

NB: While the car had been taken to Le Mans on the 'borrowed' road registration number '6 SME' it was formally road-registered in the UK as '1992 AR', and later 'JVS 261'. 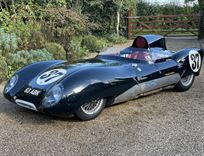