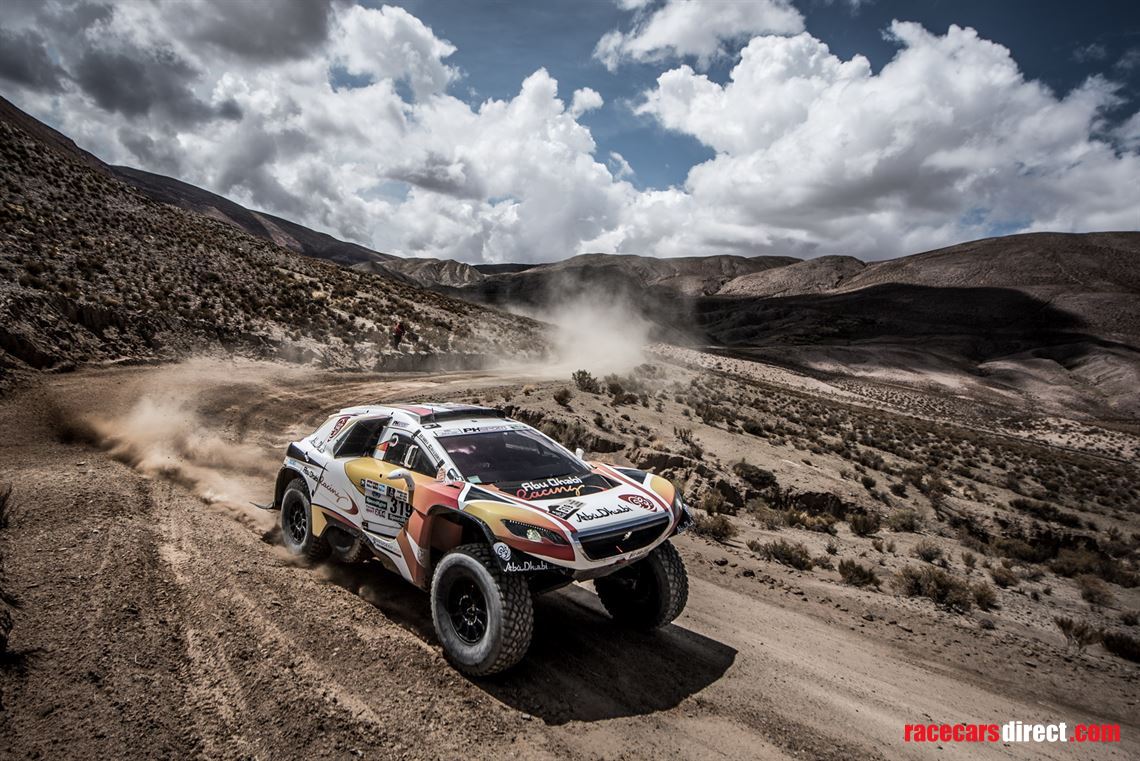 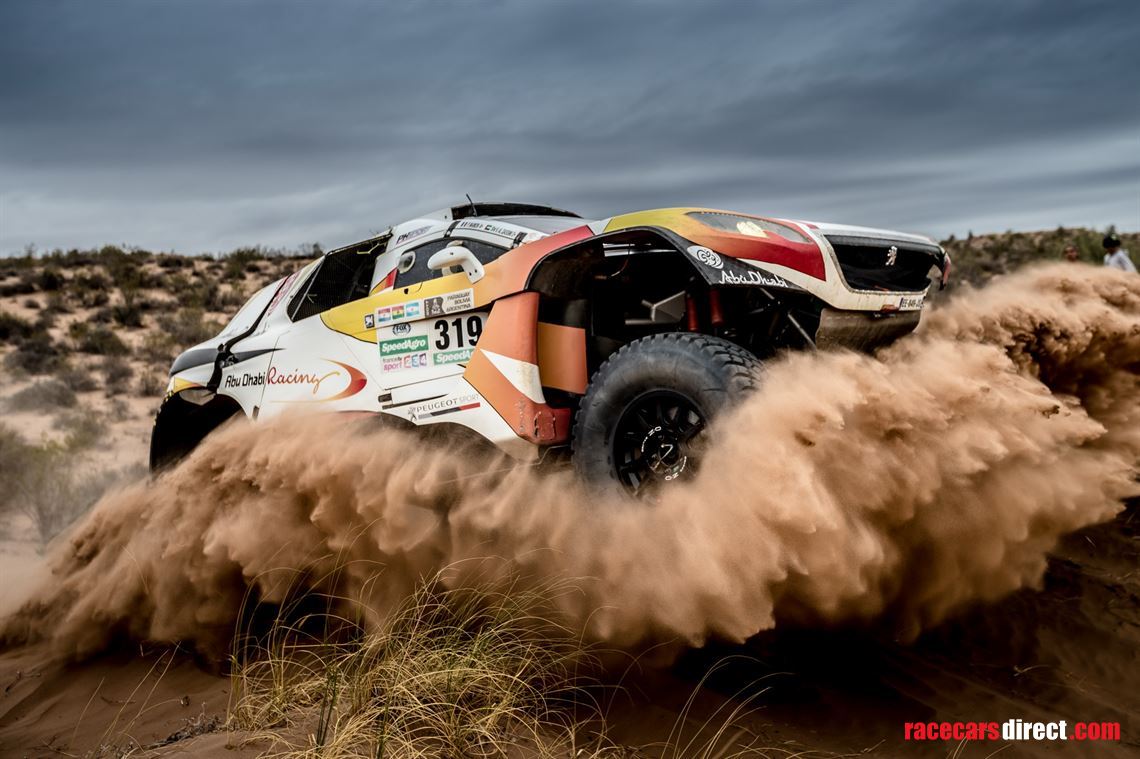 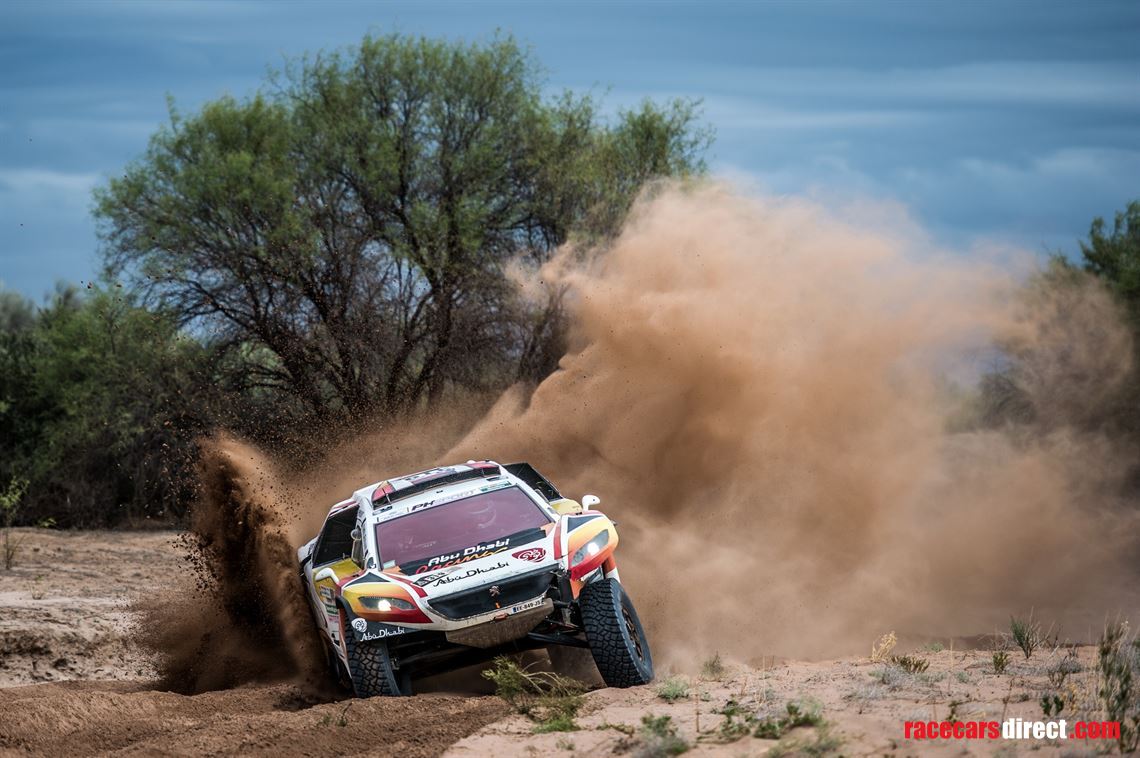 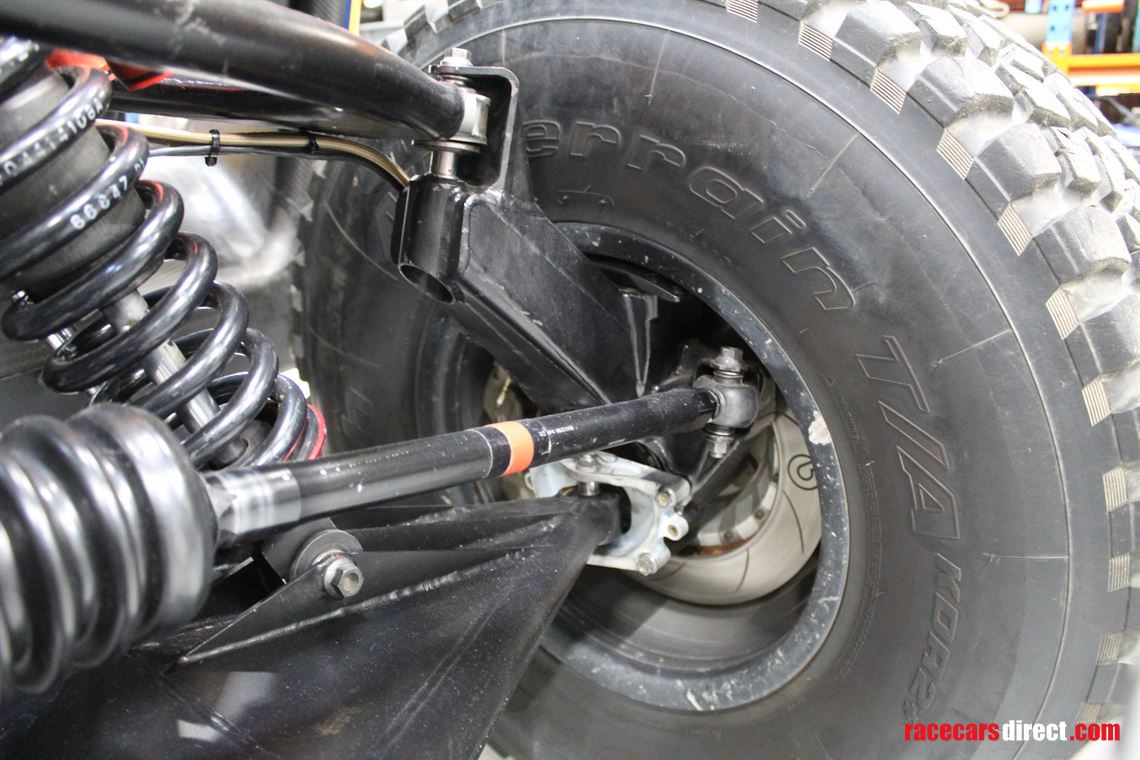 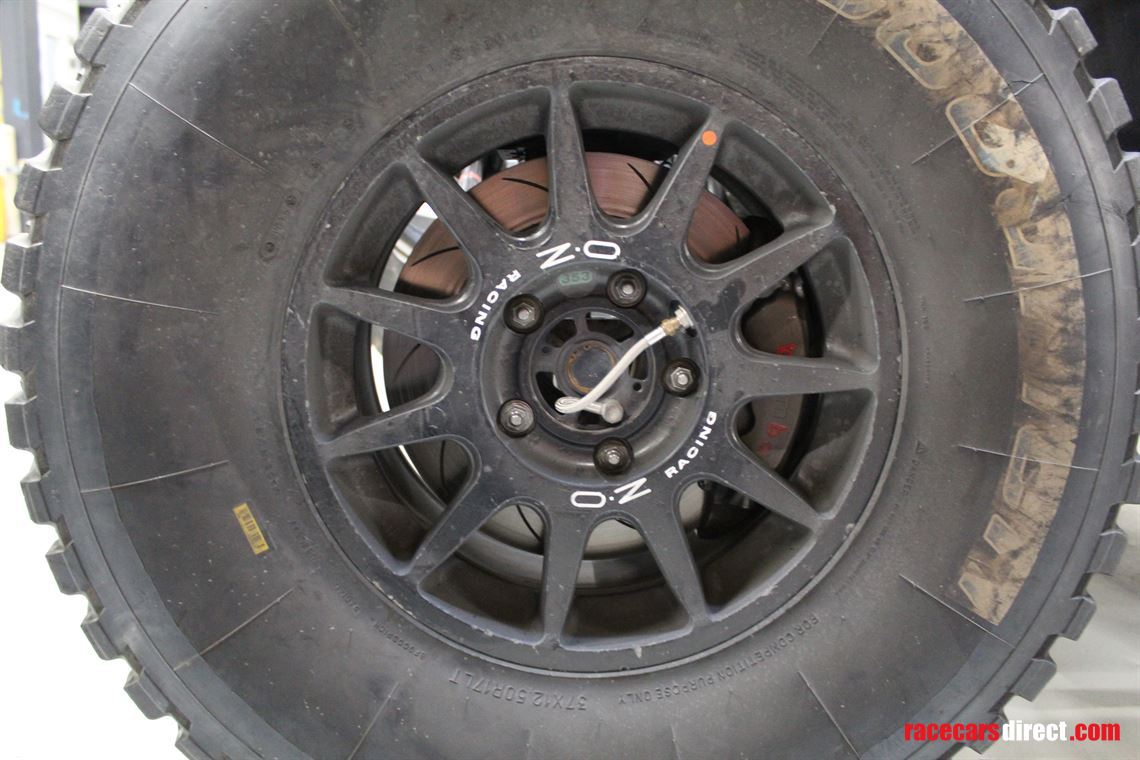 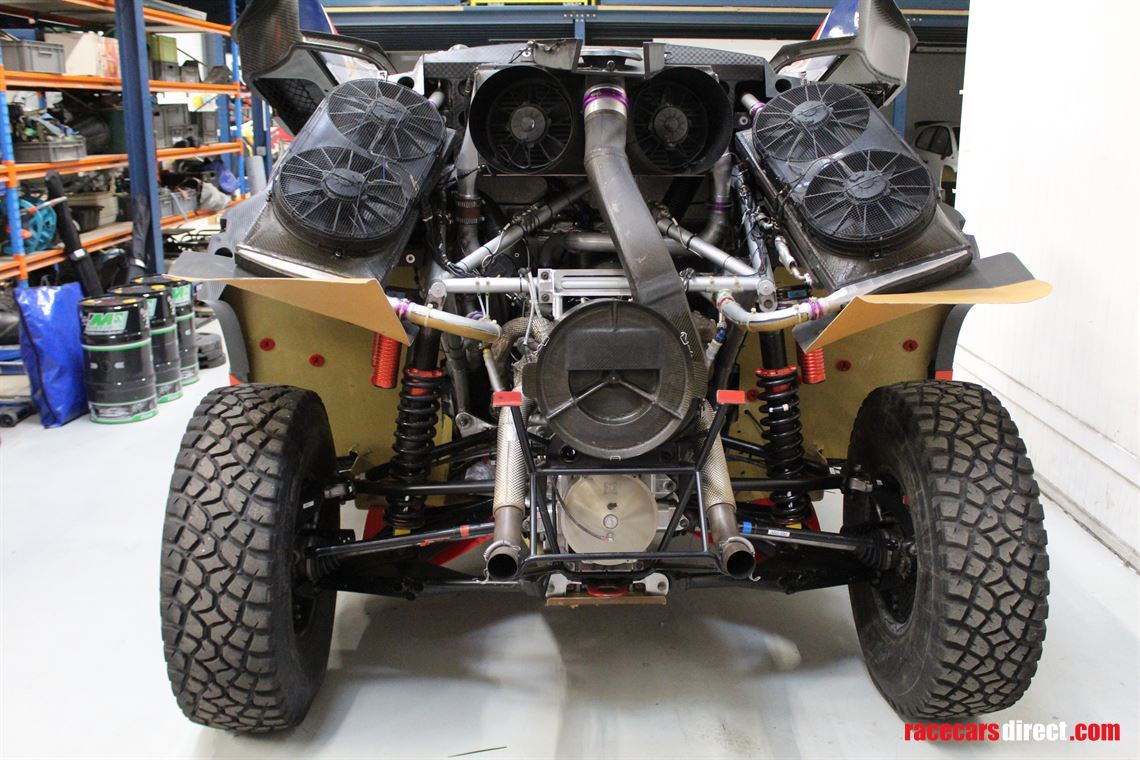 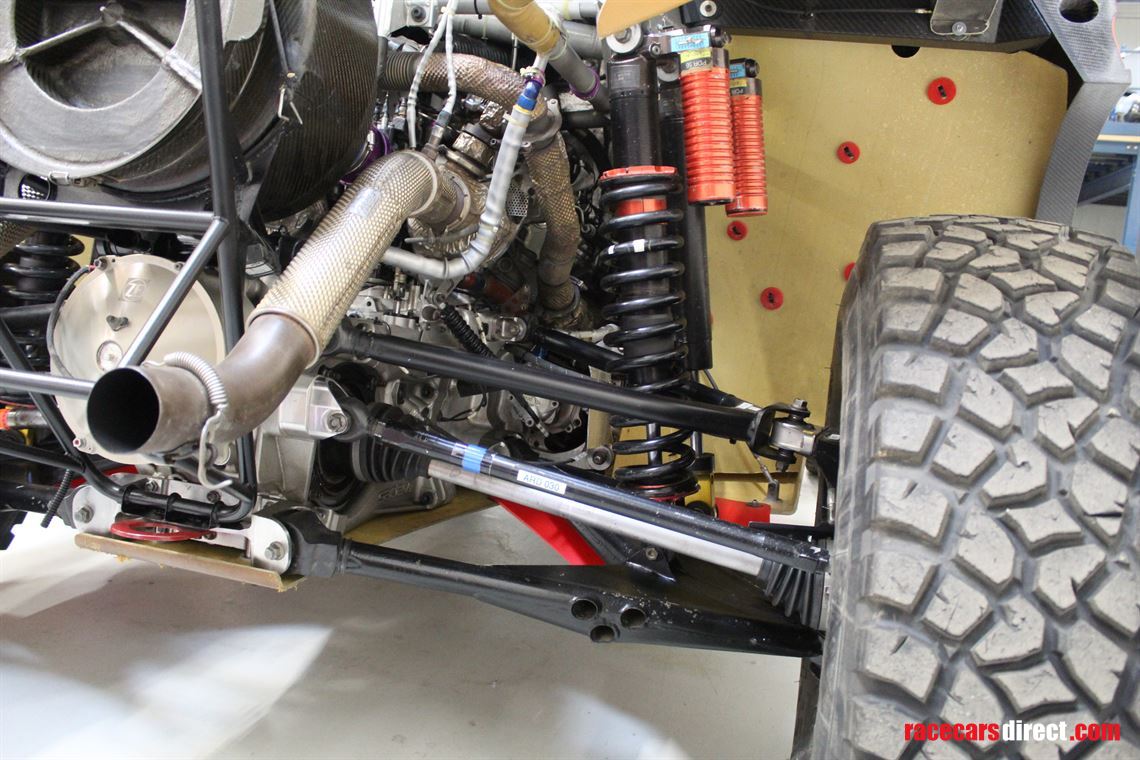 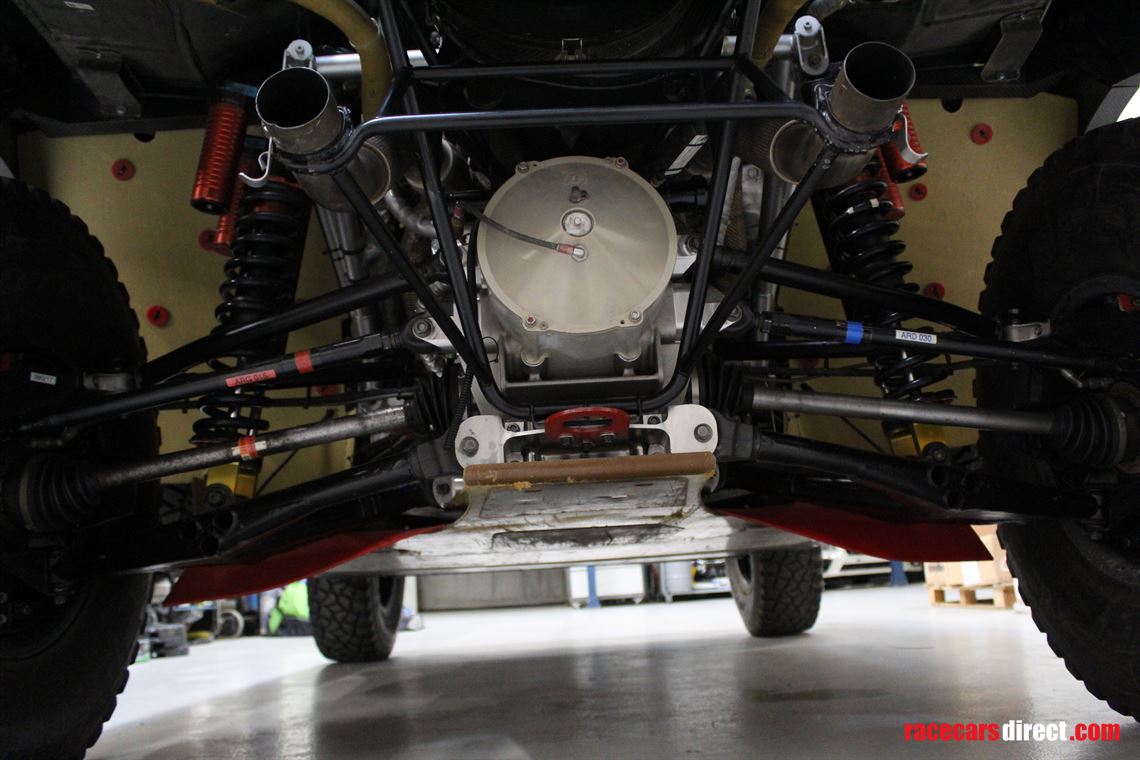 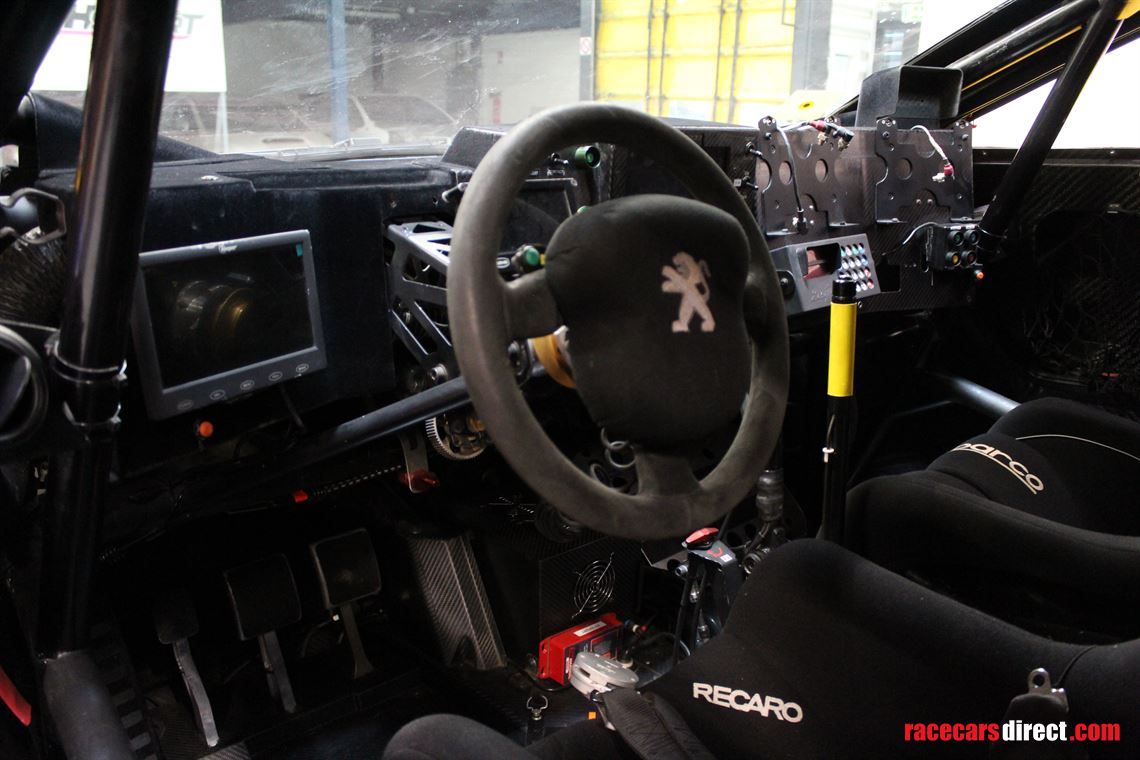 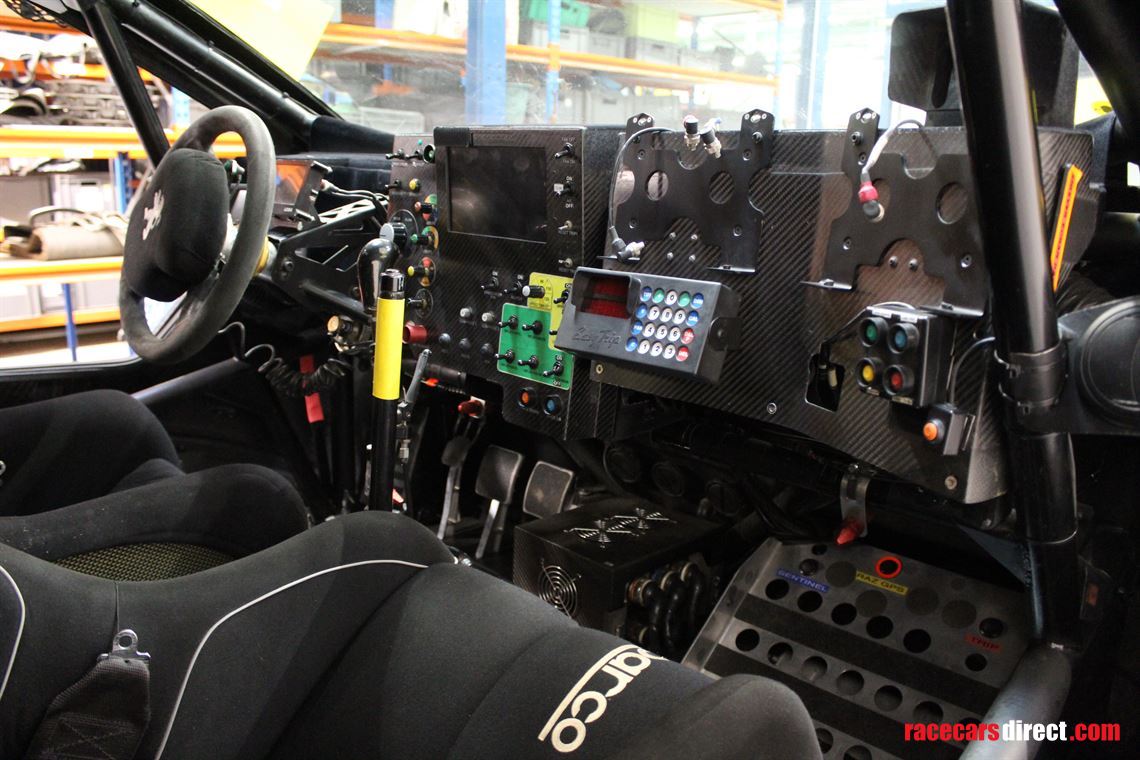 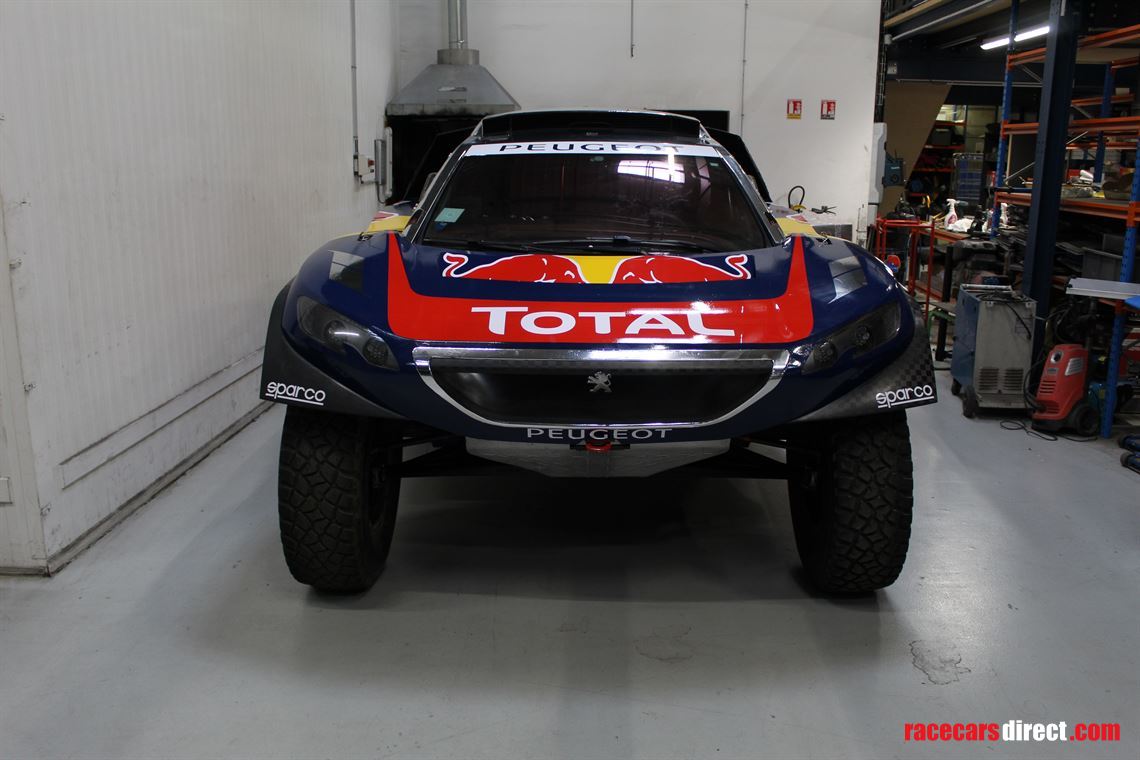 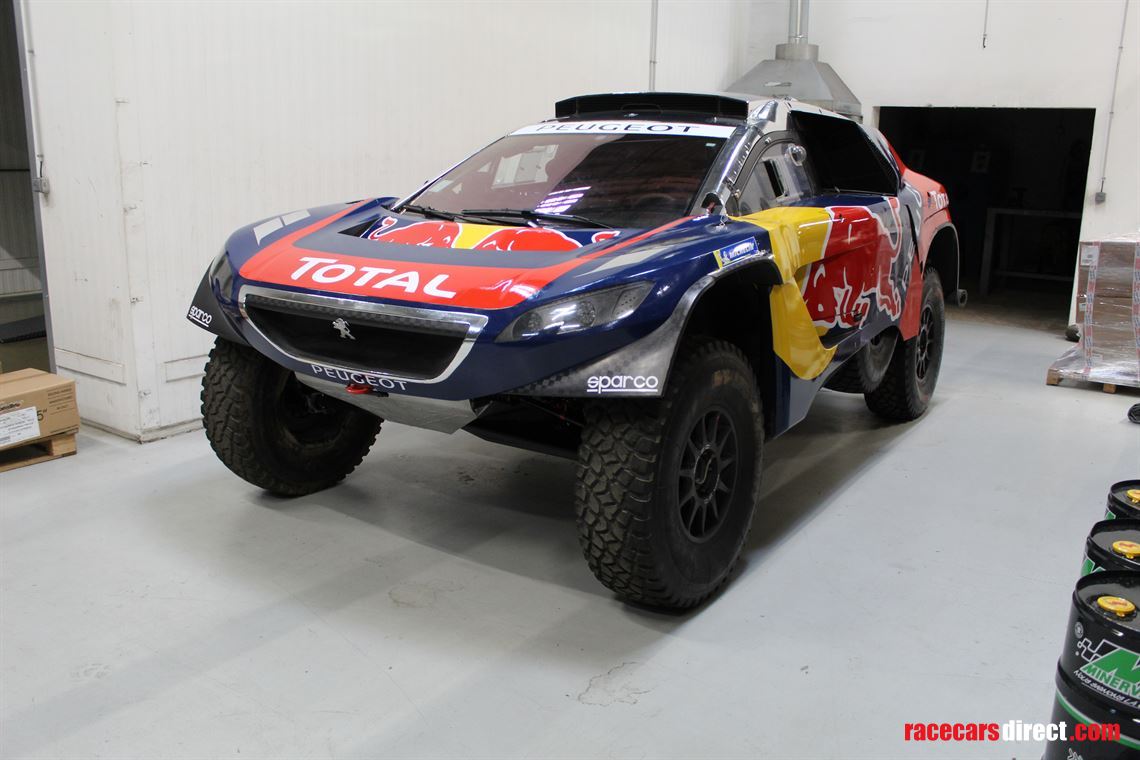 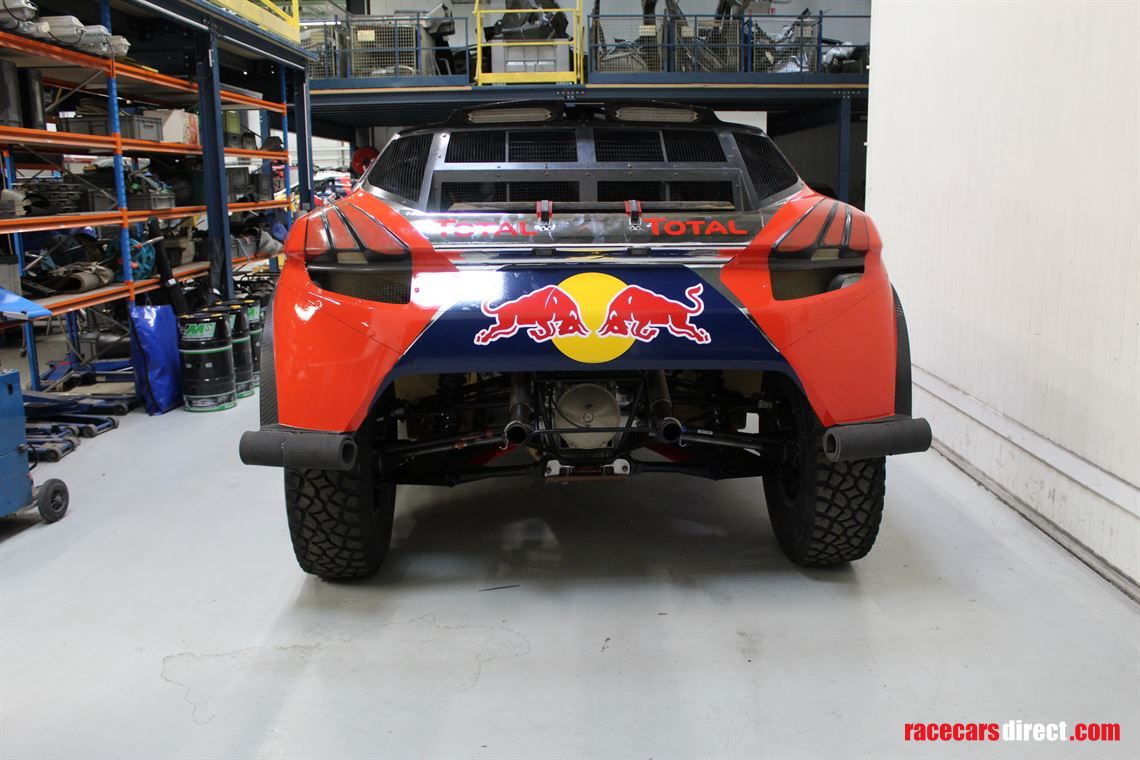 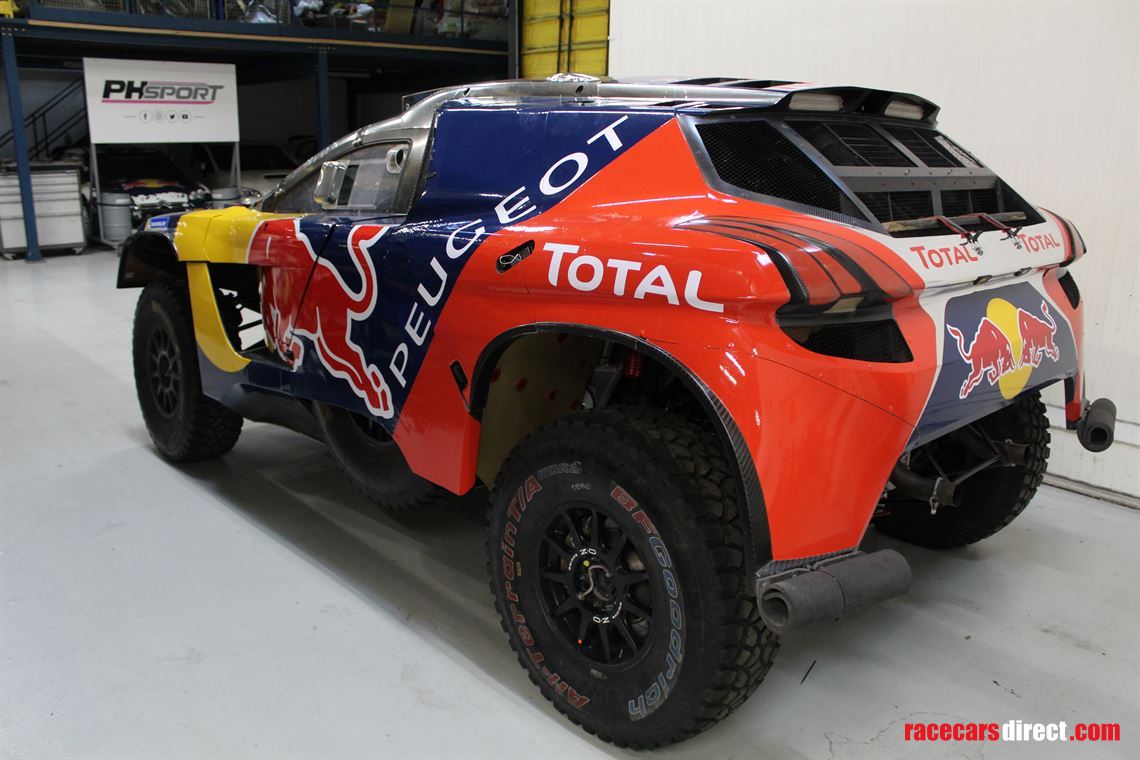 After a complicated come back to the Dakar rally, Peugeot decided to start again and make a completely new car with the 2008 DKR16 taking advantage of all the modifications authorized by the FIA.

The DKR16 with its new improved chassis, on the already very good french mechanic and a V6 3-litres diesel Biturbo 350hp engine is a success and proves right away that it is a Dakar winning car at the hand of Stéphane Peterhansel in the 2016 edition.

Our car is the one driven by Sebastien Loeb during this edition to a 9th place finish and later as well during the Silk Way rally 2016 (7th).

Peugeot building a new car right away with the 3008, the car has been bought and maintained by PH Sport along with two others. This car has had few races and has never been badly damaged.

We offer it in exceptional condition after a full overhaul by PH Sport and of course in the 2016 Dakar official colors!

for sale the 2 cars