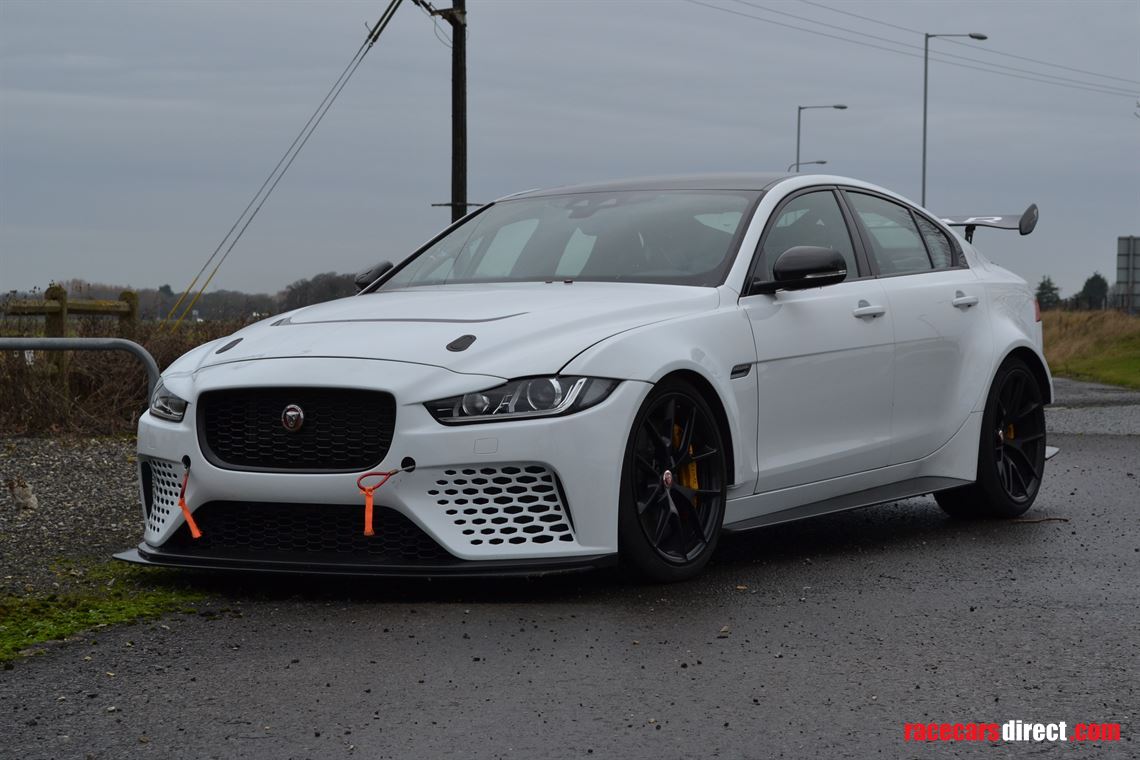 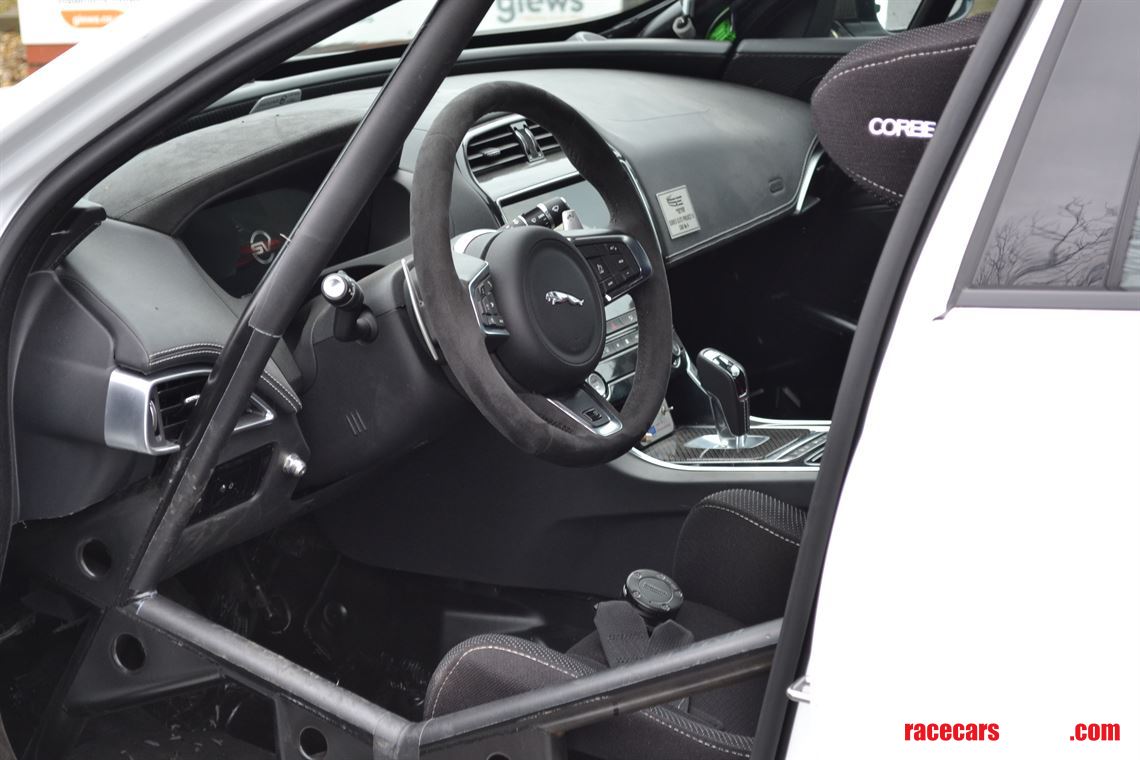 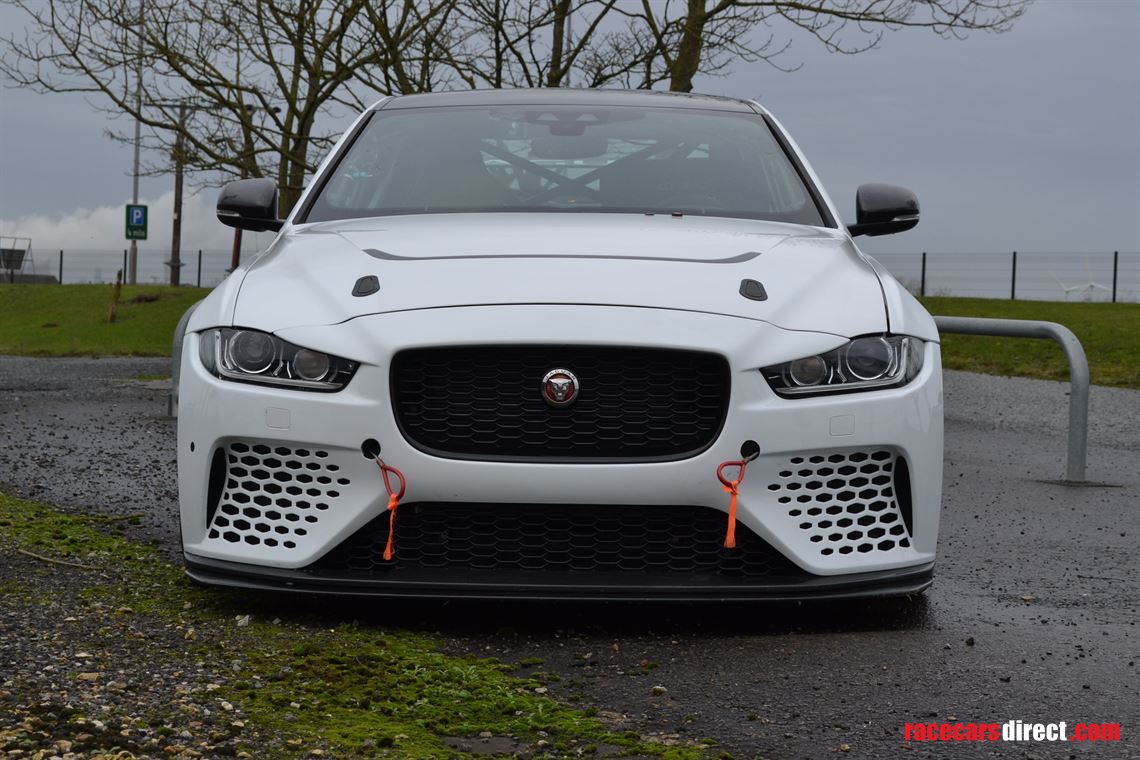 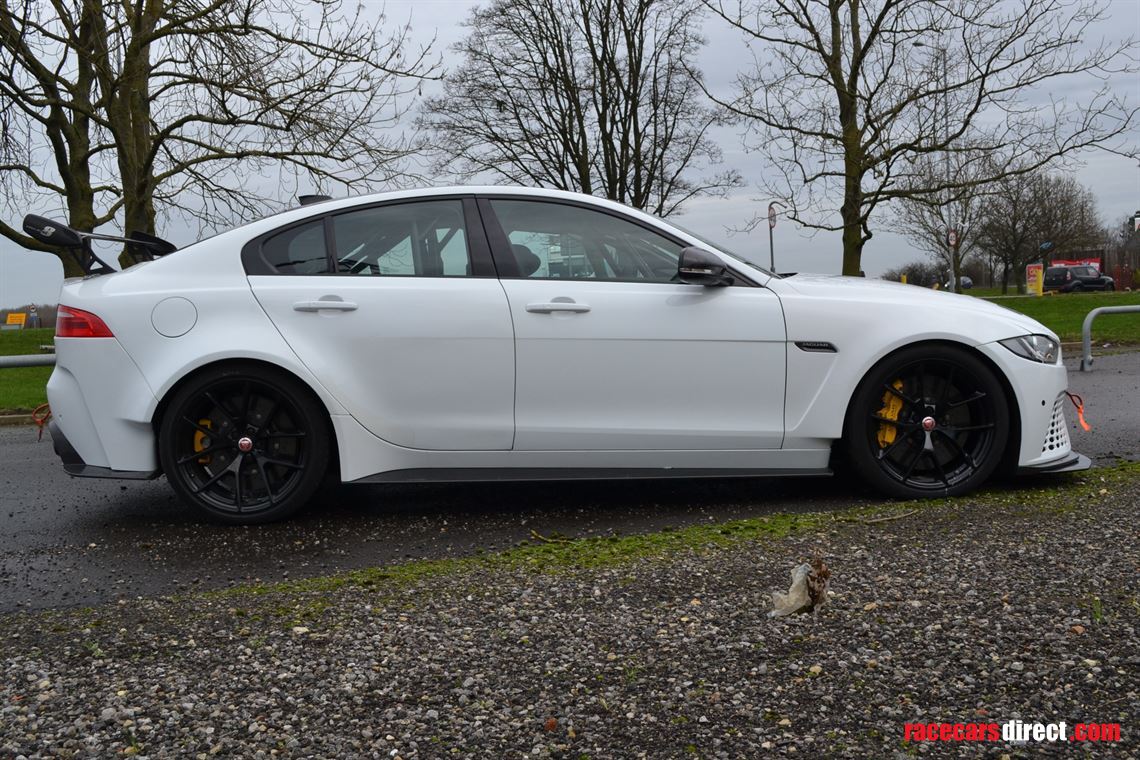 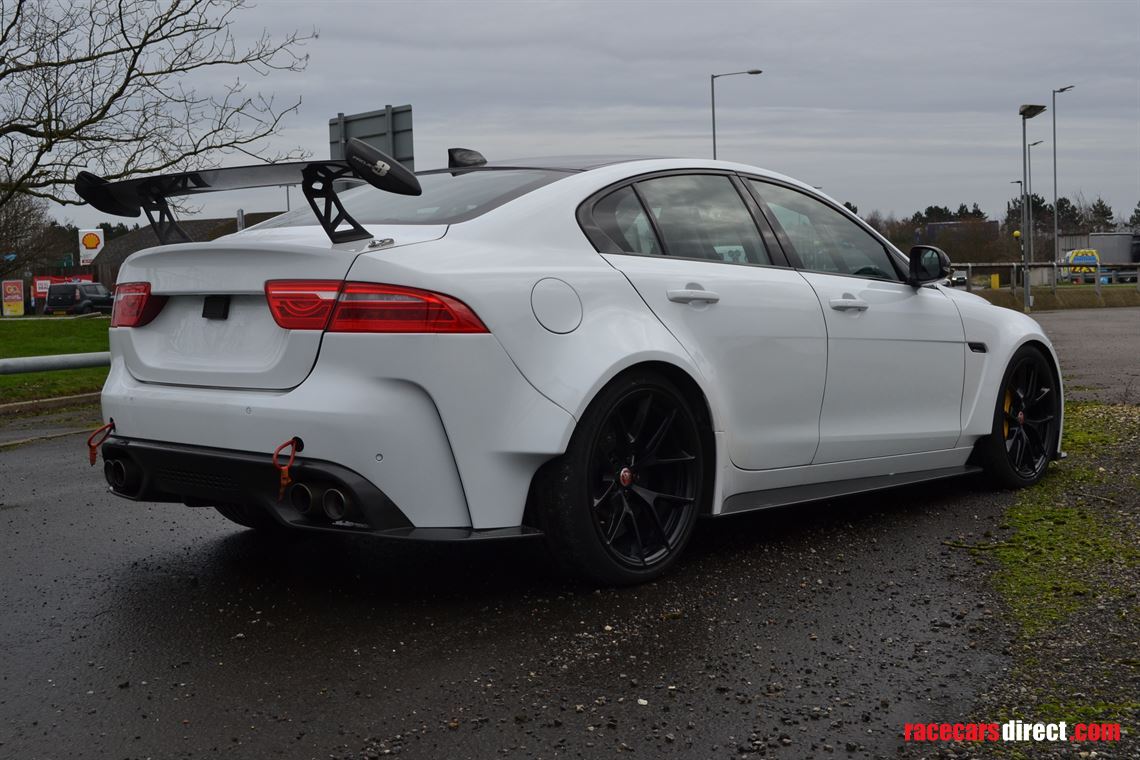 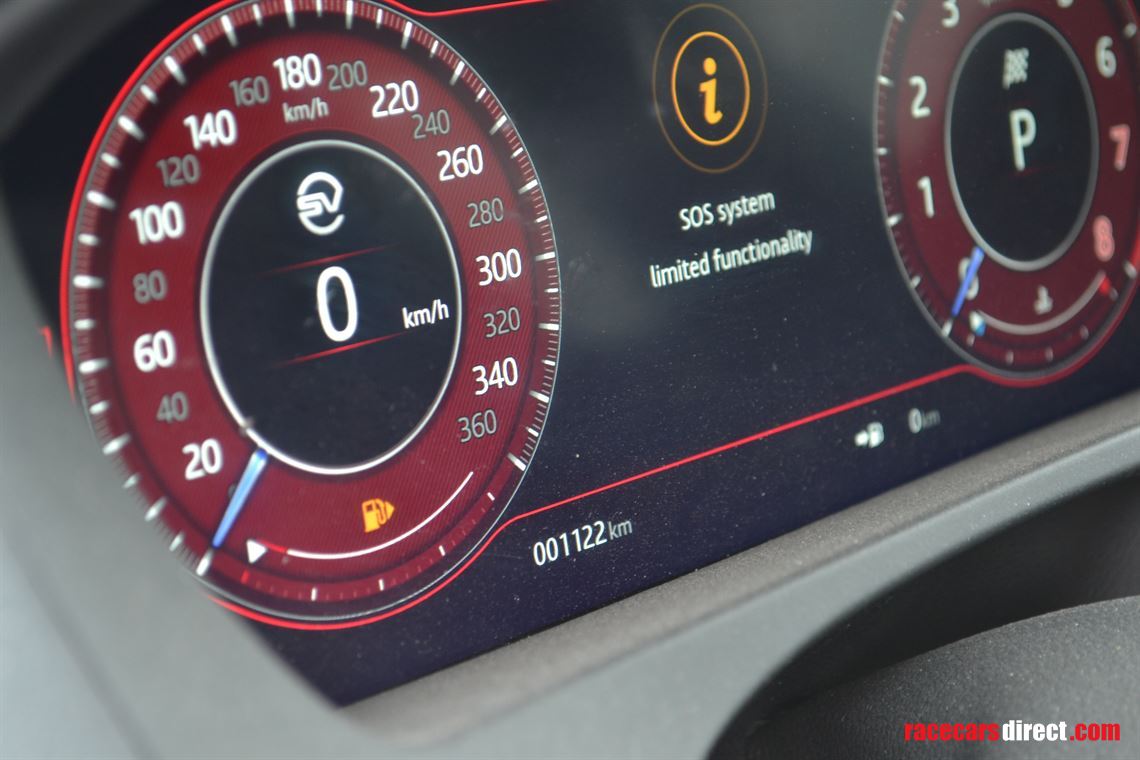 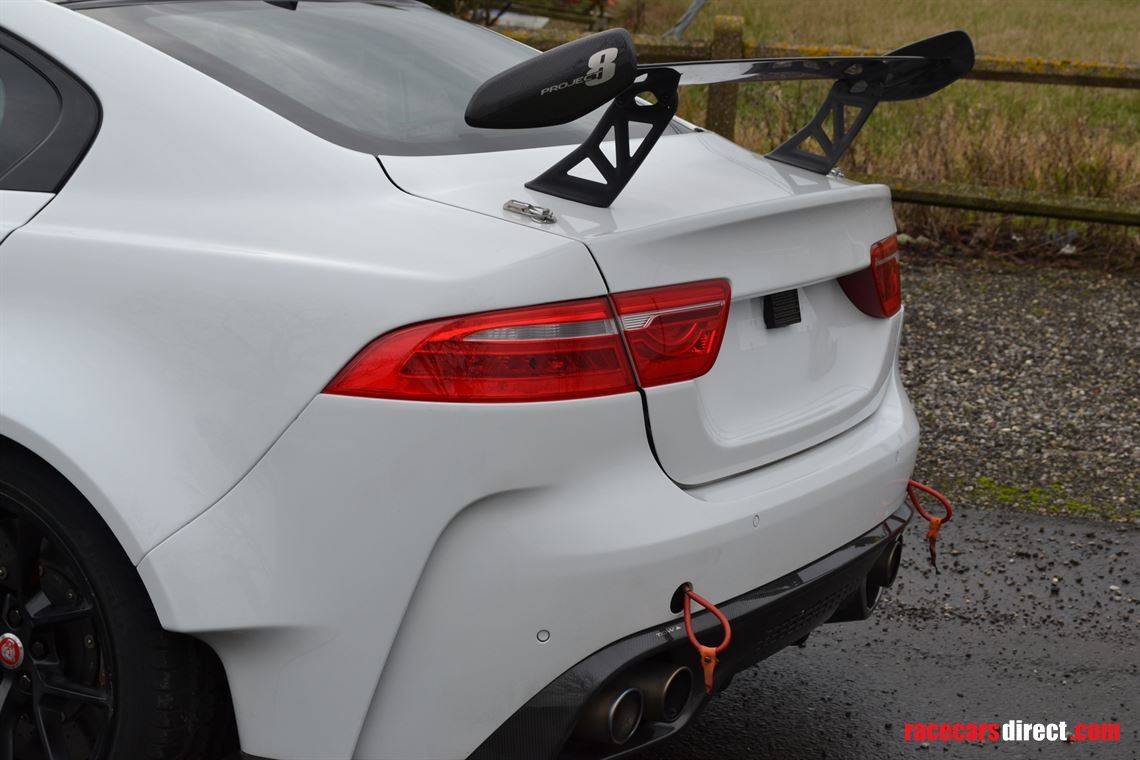 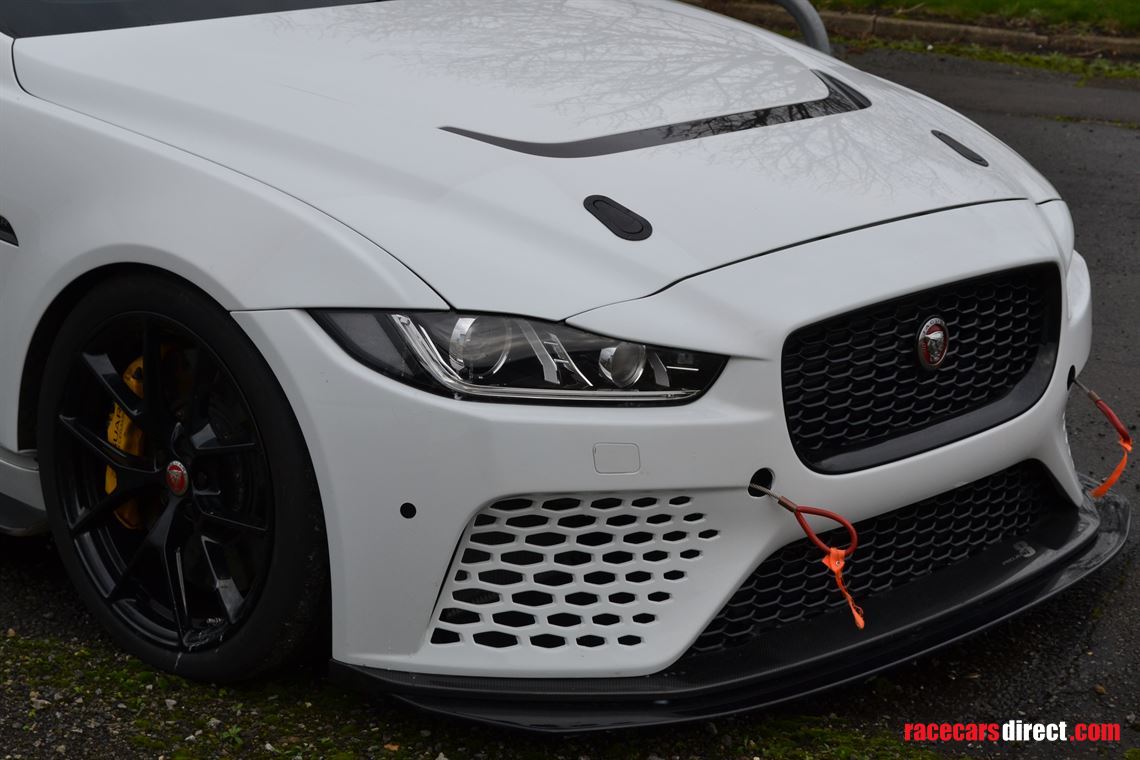 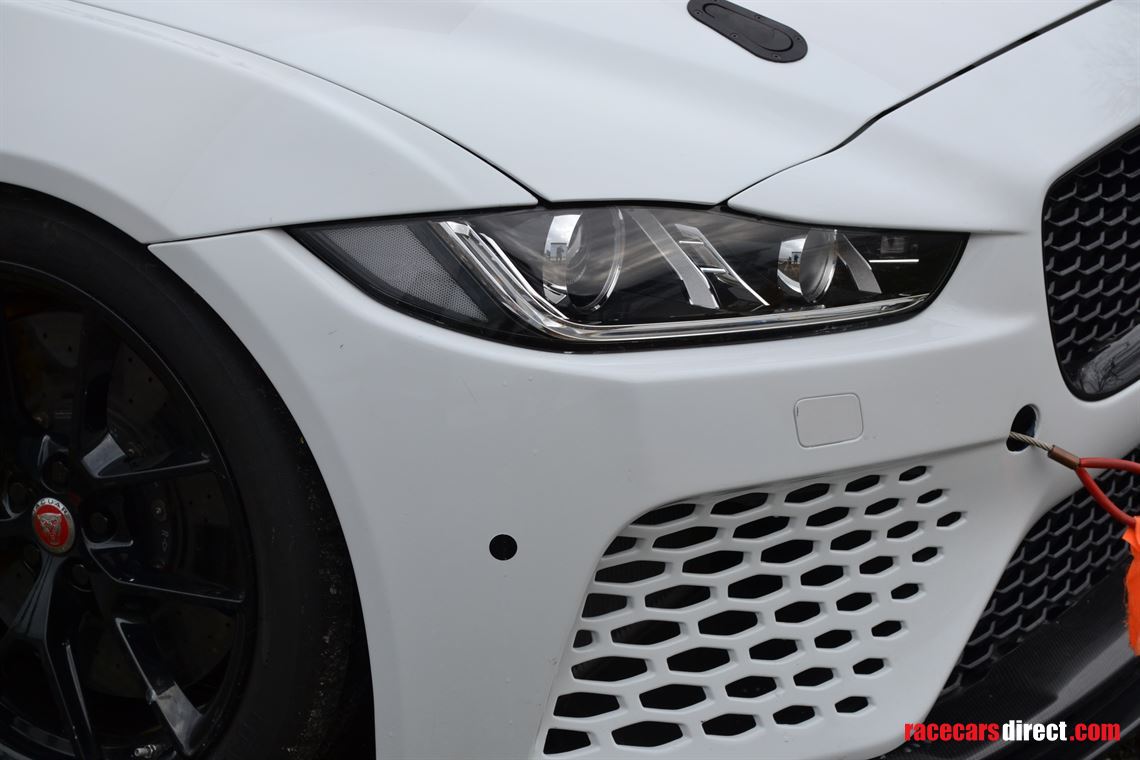 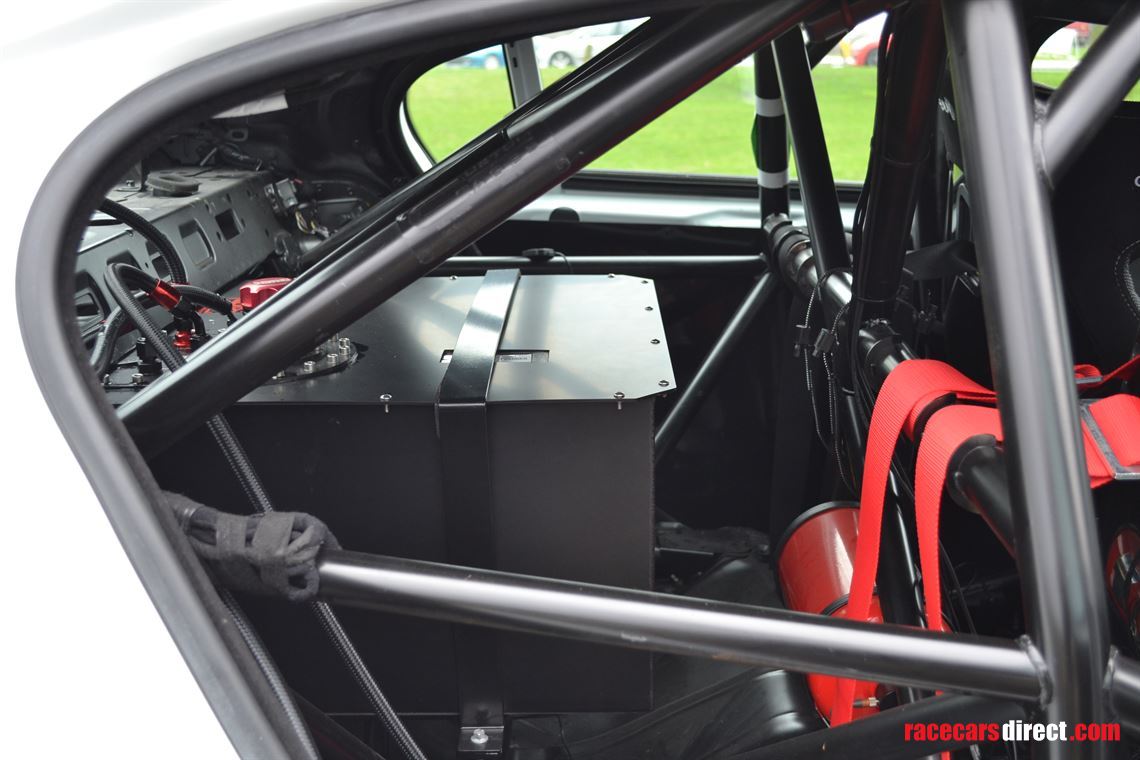 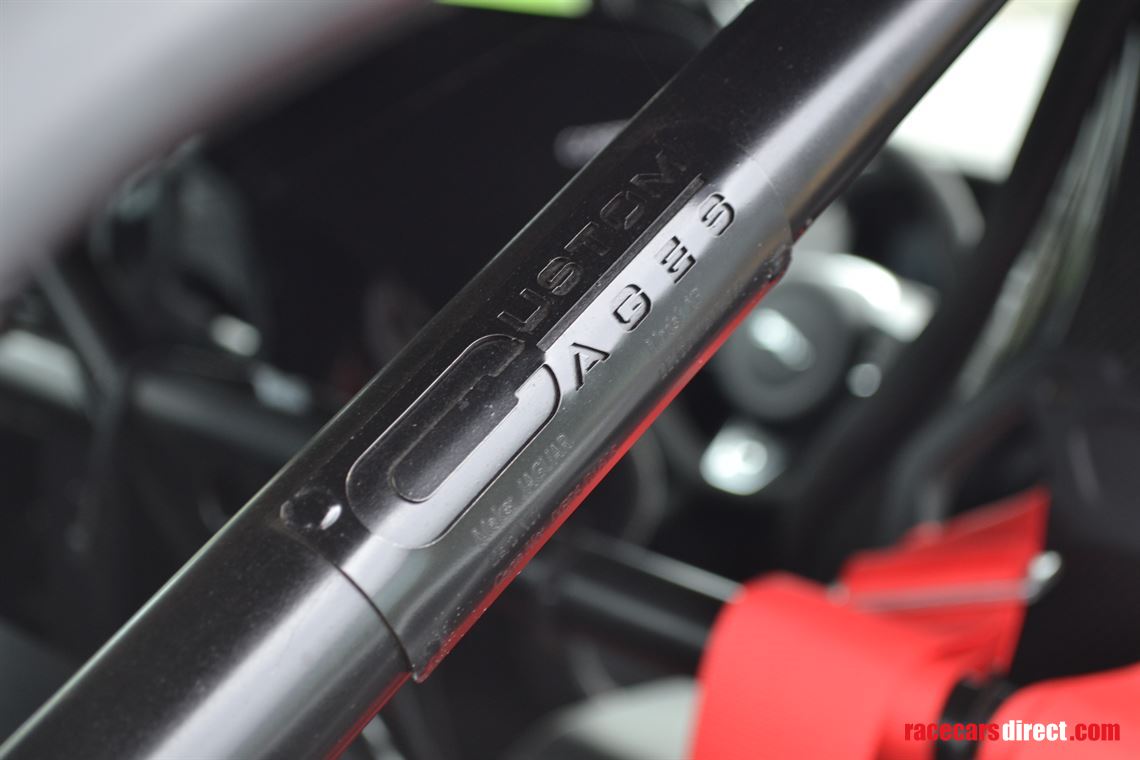 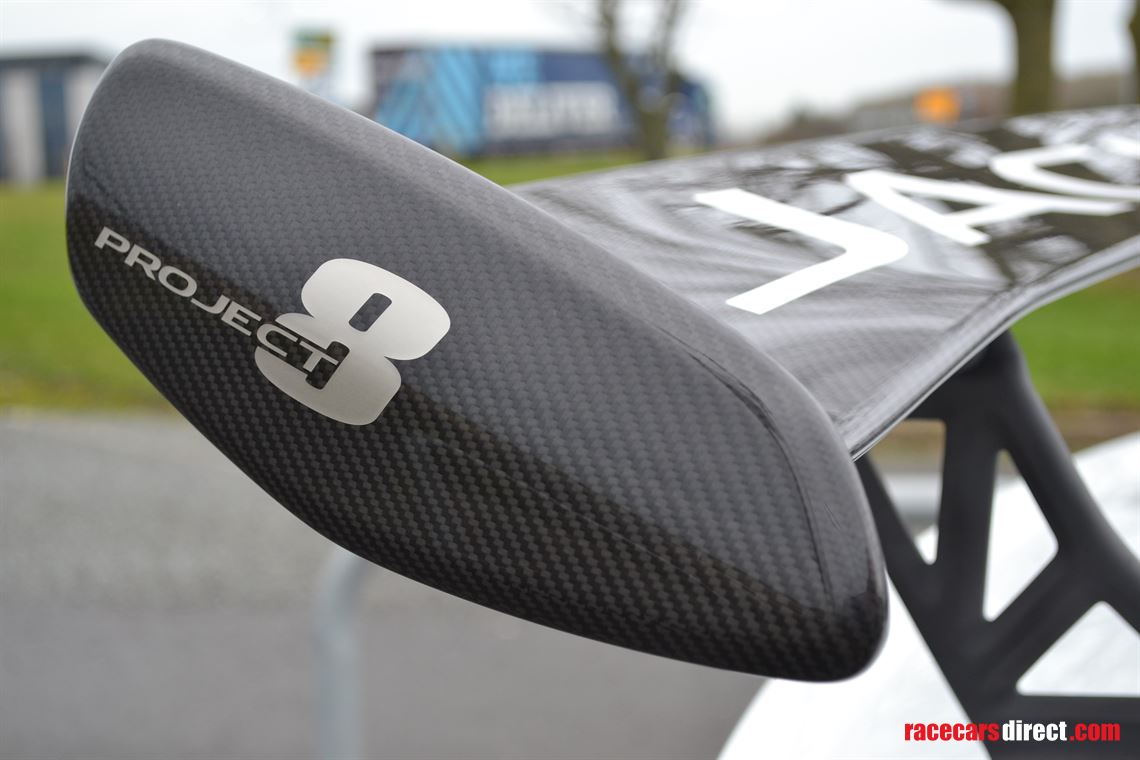 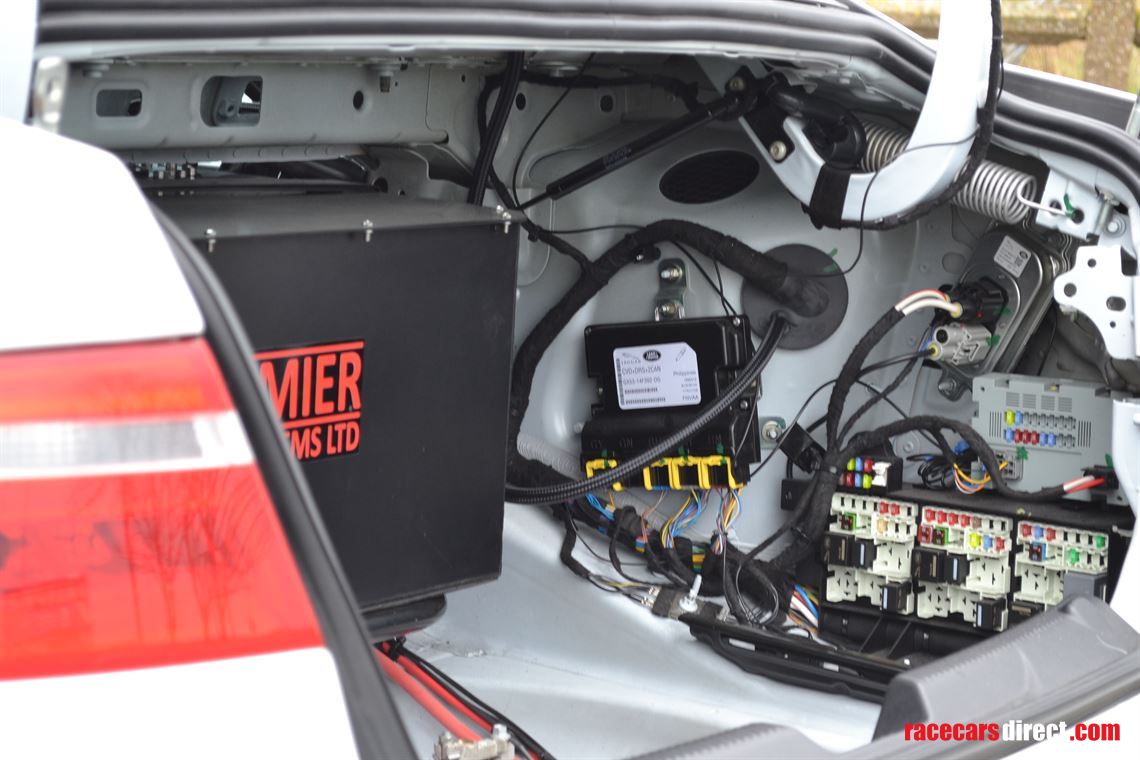 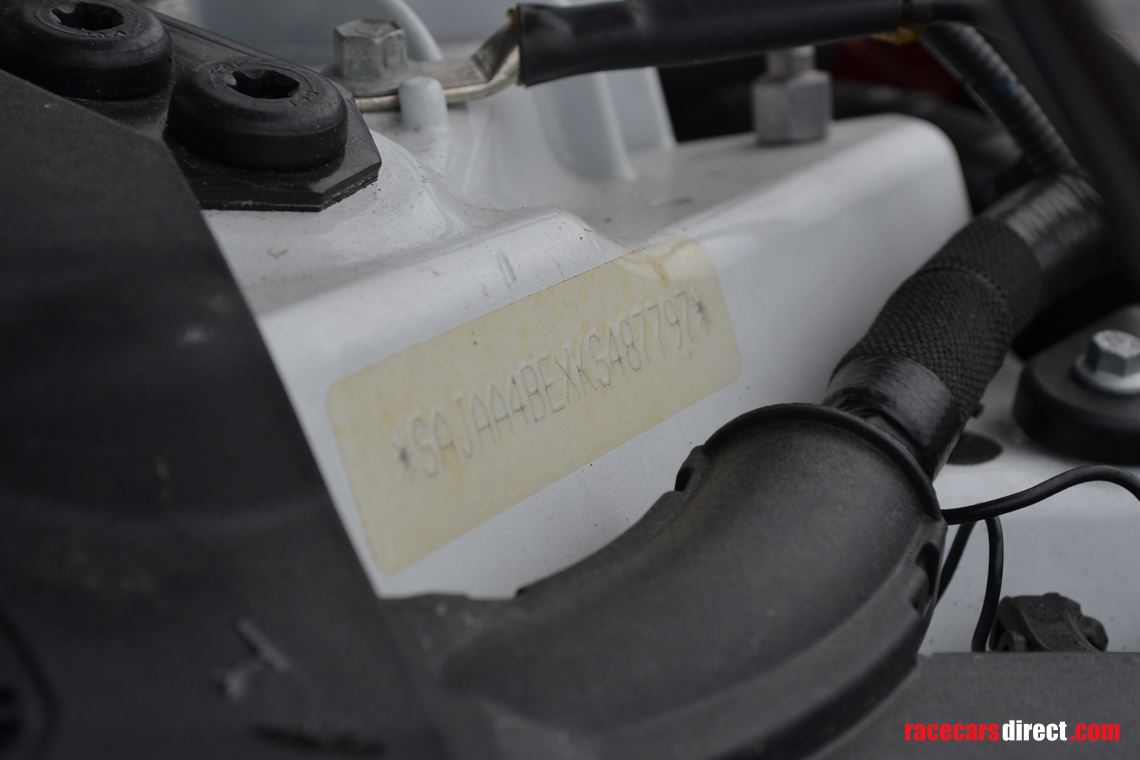 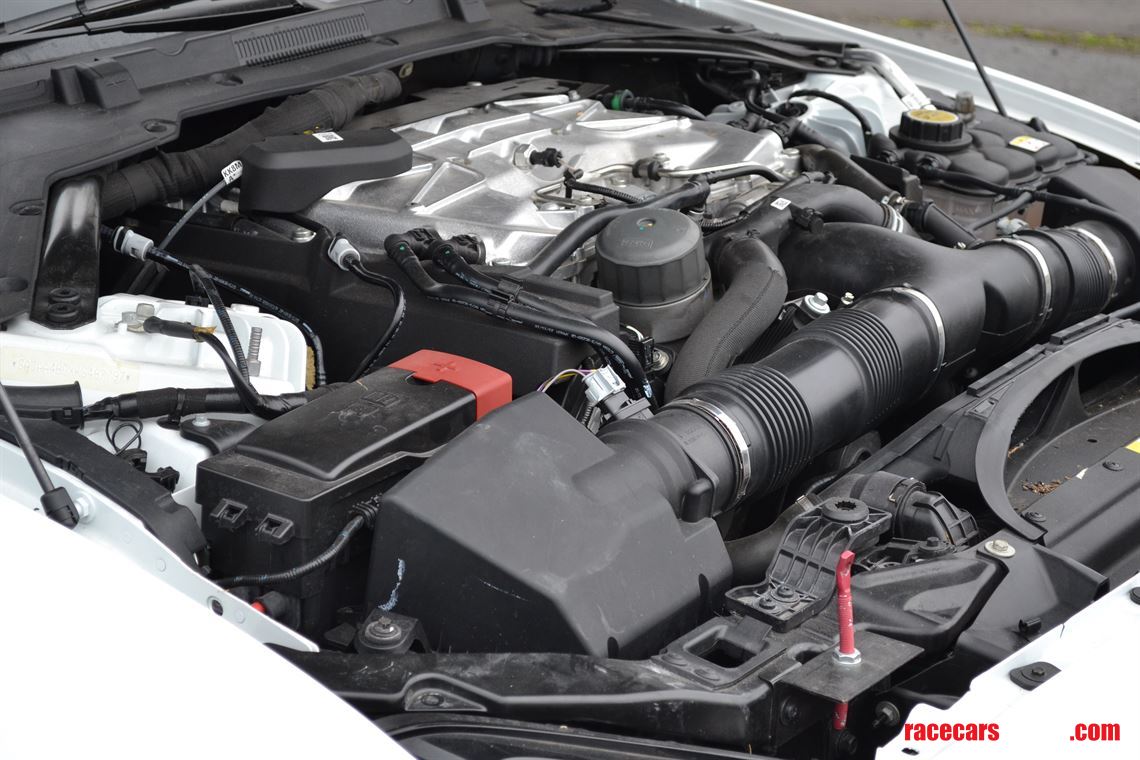 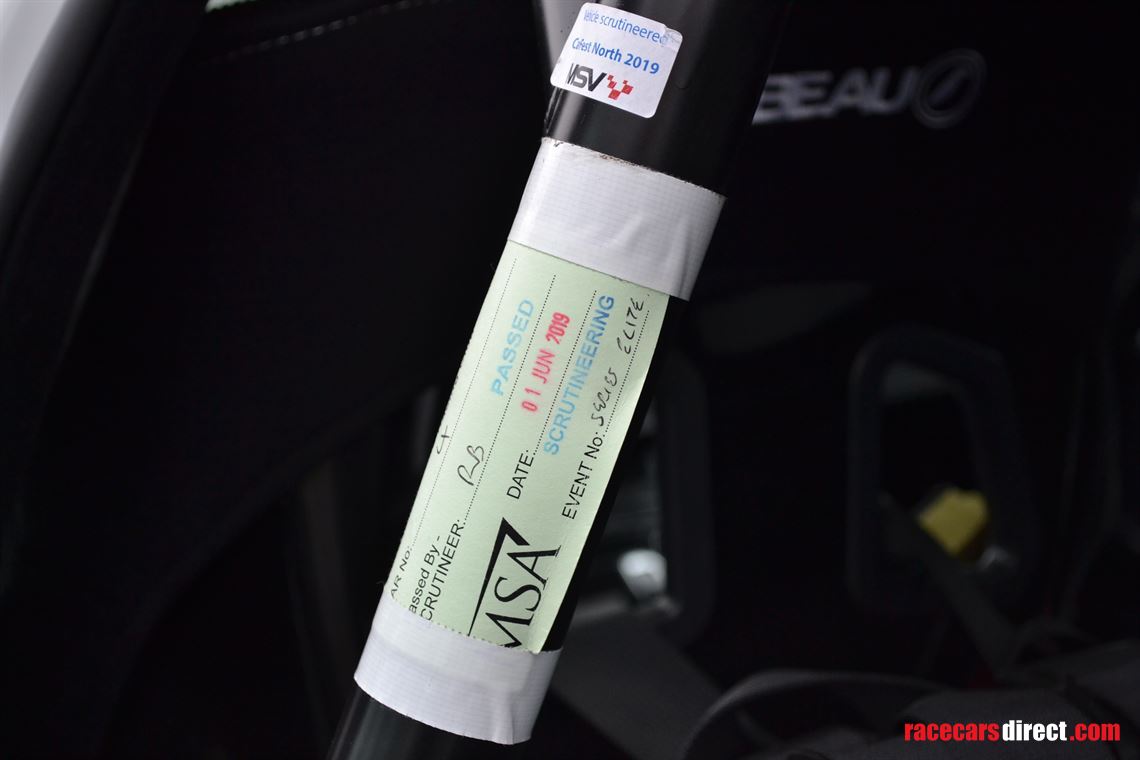 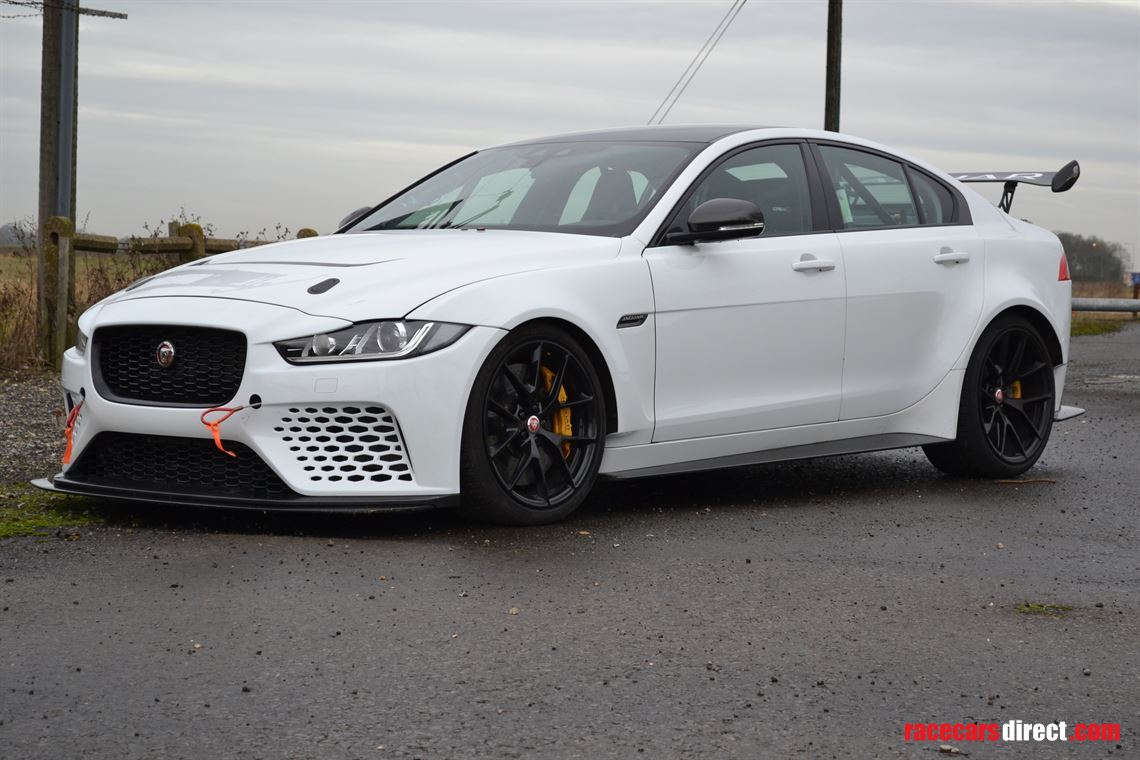 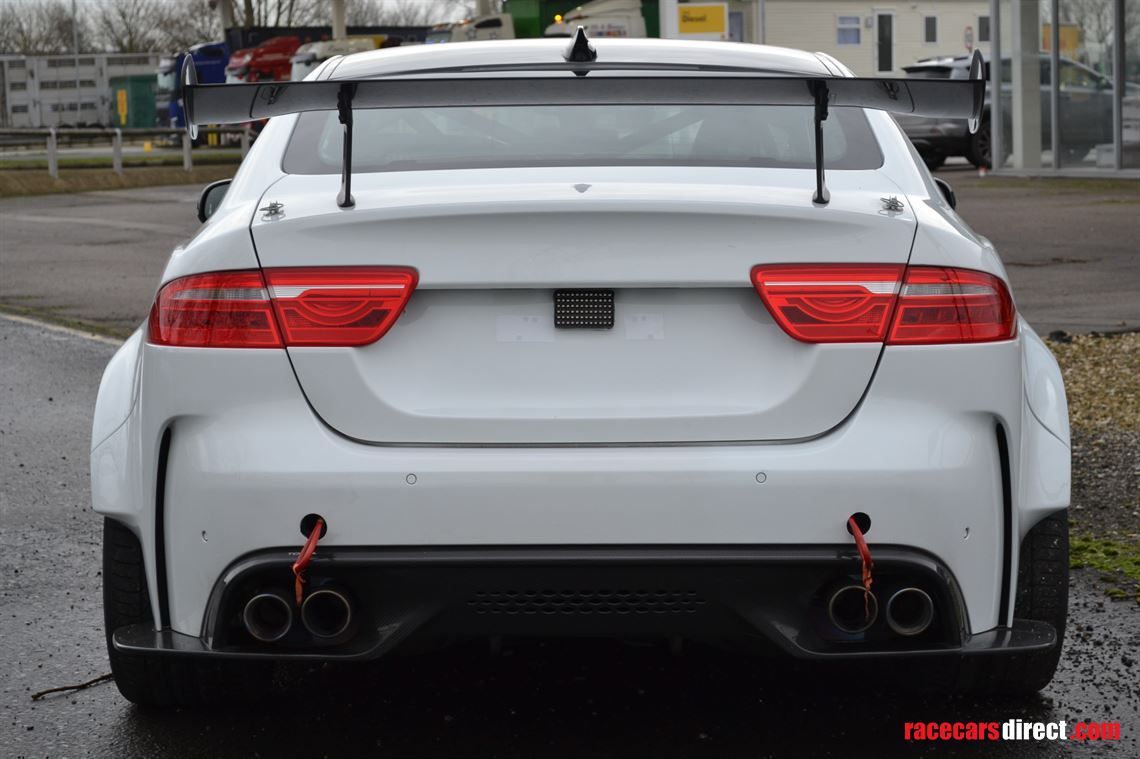 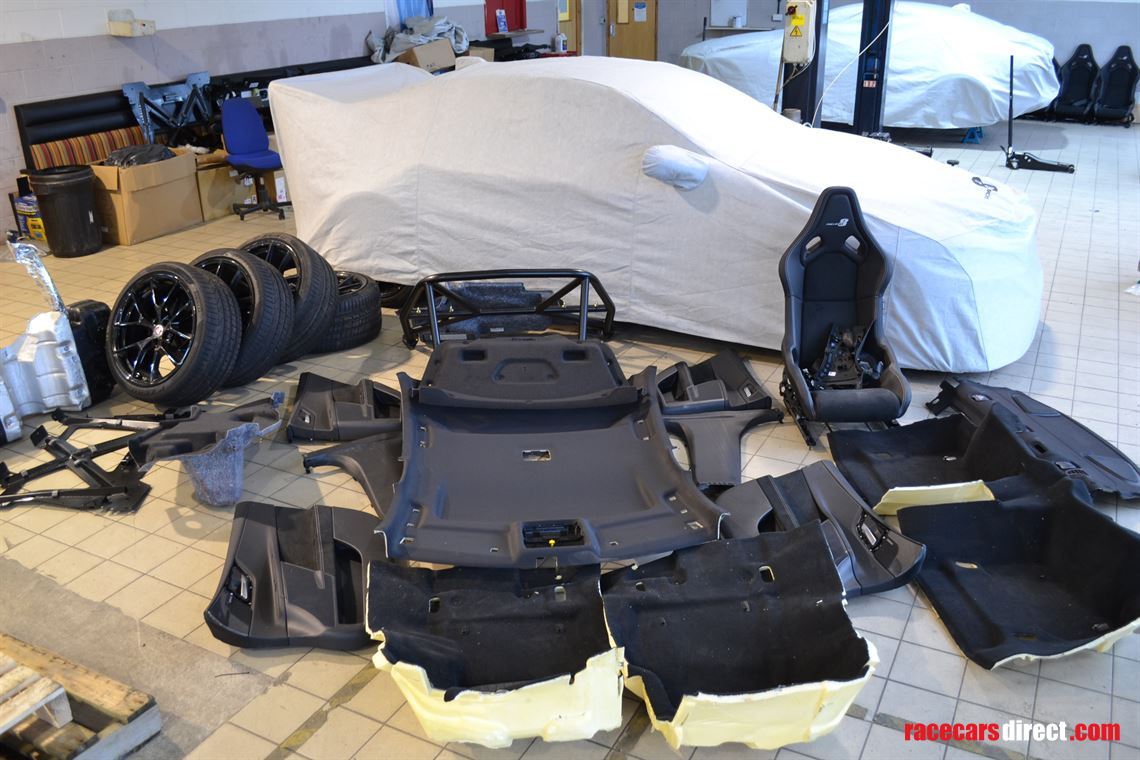 Chassis #4 from the one-make Series Elite Championship, eligible for competition use or ready to convert back to standard form and register for road use.

Based upon the entry-level Jaguar XE Saloon, the Project 8 was conceived by Jaguar to be “the most extreme performance Jaguar ever created” with only 300 produced and a price tag when new of just over £150,000.

Whilst it may still be recognisable as an XE saloon, only the front doors and roof are carried over from the production XE, with the rest of the panels subtly (and some not-so-subtly) sculpted and modified before being made out of lightweight carbon-fibre. Elsewhere, the adjustable wing, diffuser and front splitter reduce lift by 205% compared to the XE, and generate a claimed 122kg of downforce at 186mph, with the Project 8 happily continuing onwards to 200mph.

Underneath the aggressive, lightweight bodywork sits the drivetrain from the equally-bonkers F-Type SVR, meaning 4WD, an eight-speed automatic transmission, and - most importantly - a 5.0-litre supercharged V8, though in the case of the Project 8, the power output has been raised from 567 to 592bhp.

Purchased directly from the Jaguar Special Vehicle Operations (SVO) team by our vendor - and Series Elite founder, Graeme Glew, as a road-specification vehicle without warranties and no registration, this particular car is Chassis Number 4 of a handful converted for use in the Series Elite championship, which targeted older drivers - both amateur and semi-professional - in the over-50s age category.

Converted to its current specification and maintained by Slidesport in Staffordshire, the cars remain mechanically identical to standard SV Project 8 specification, other than some minor tweaks to the stability systems in order to make them more compliant for racing purposes.

On the inside, the standard ‘track pack’ interior was removed for weight-saving purposes, with the driver’s seat replaced by a Recaro item, and all the carpets, door trims and the factory half-cage removed. In its place sits a full MSA-approved roll cage, four-point harnesses, a stripped out rear half and a 150-litre competition-specification fuel tank, enabling the Series Elite cars to run flat-out for the desired duration, initially as part of their own championship and then as part of the GT Cup Championship in the GTA class.

The intention of the Series Elite cars was always that the competitors would be able to convert and road-register their cars once they hung up their crash helmet and racing boots, meaning that whilst some minor modifications have been made to the interior, everything is entirely reversible, and the full complement of interior trims and parts removed (including the standard 20-inch wheels) are available with the sale of the vehicle.

The worlds fastest production saloon from the factory, this SV Project 8 has been further enhanced, upgraded and improved by the addition of a competition-specification interior, MSA-approved safety features and a strict weight-loss diet, giving the already engaging and visceral Project 8 driving experience an additional edge and level of involvement.

Having been campaigned as part of the Series Elite championship and remaining in excellent condition throughout, this example also retains the option to reverse the modifications fitted to the vehicle, enabling the next owner to choose whether to campaign the car elsewhere, use it as a hill climb or private motorsport vehicle, or convert it back to road-going specification and register the car with the DVLA, essentially giving the next owner a nearly-new Project 8 SV with less than 1,300km on the clock and a fastidiously-maintained history - the choice is yours. 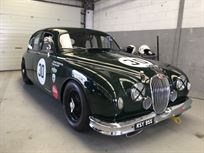 Historic race car suitable for many events and raced at the Le Mans Classic 2018.

To be offered for auction without reserve by Bonhams at the 2022 Goodwood Festival of Speed.

Eligible for Goodwood, Silverstone, HRDC, HSCC and all other Classic Saloon and Touring Race Events.