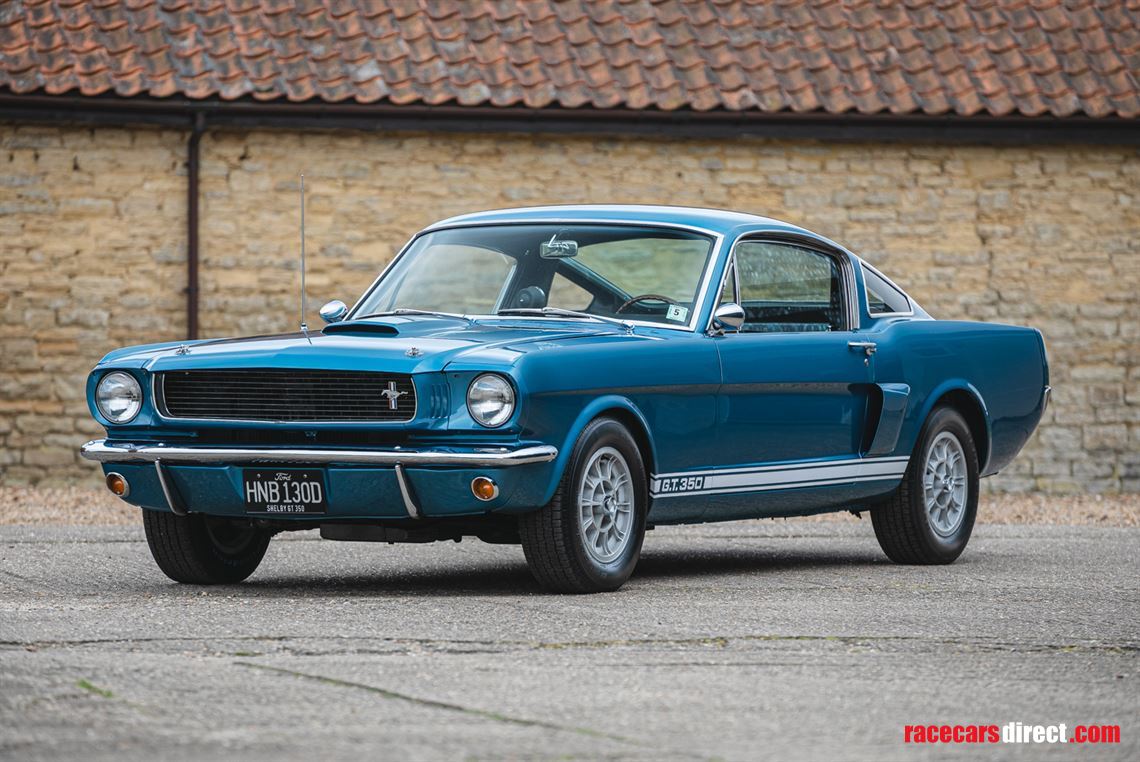 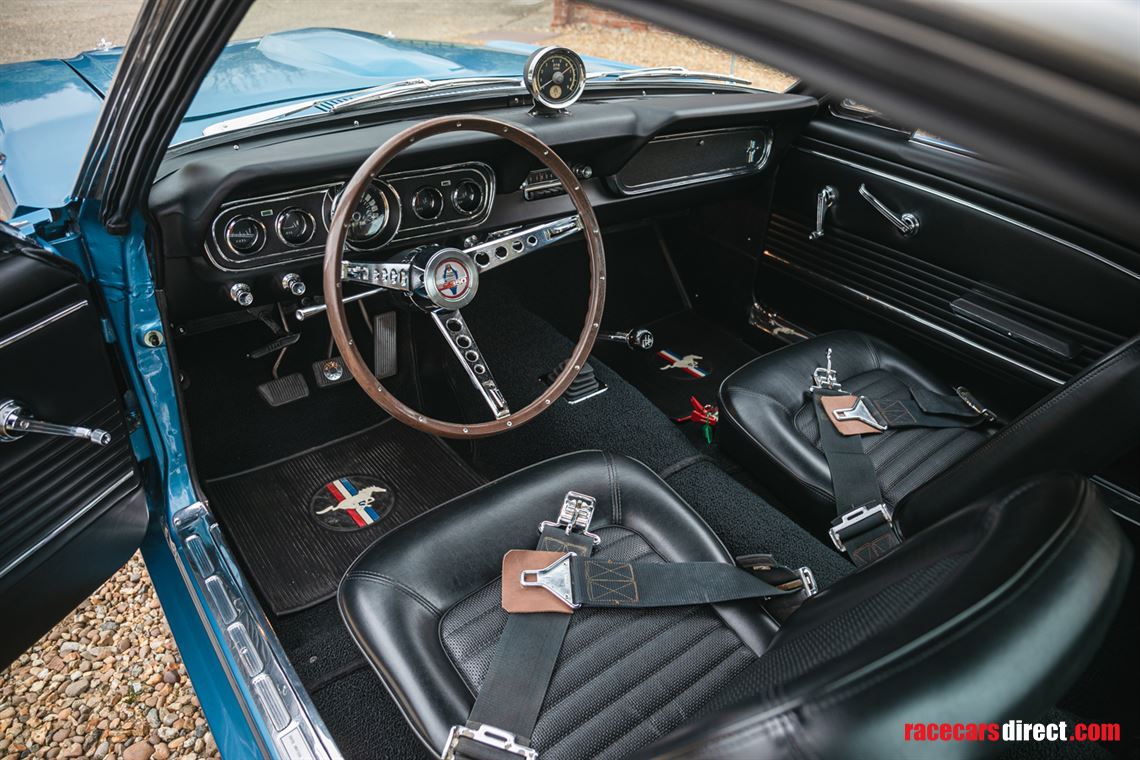 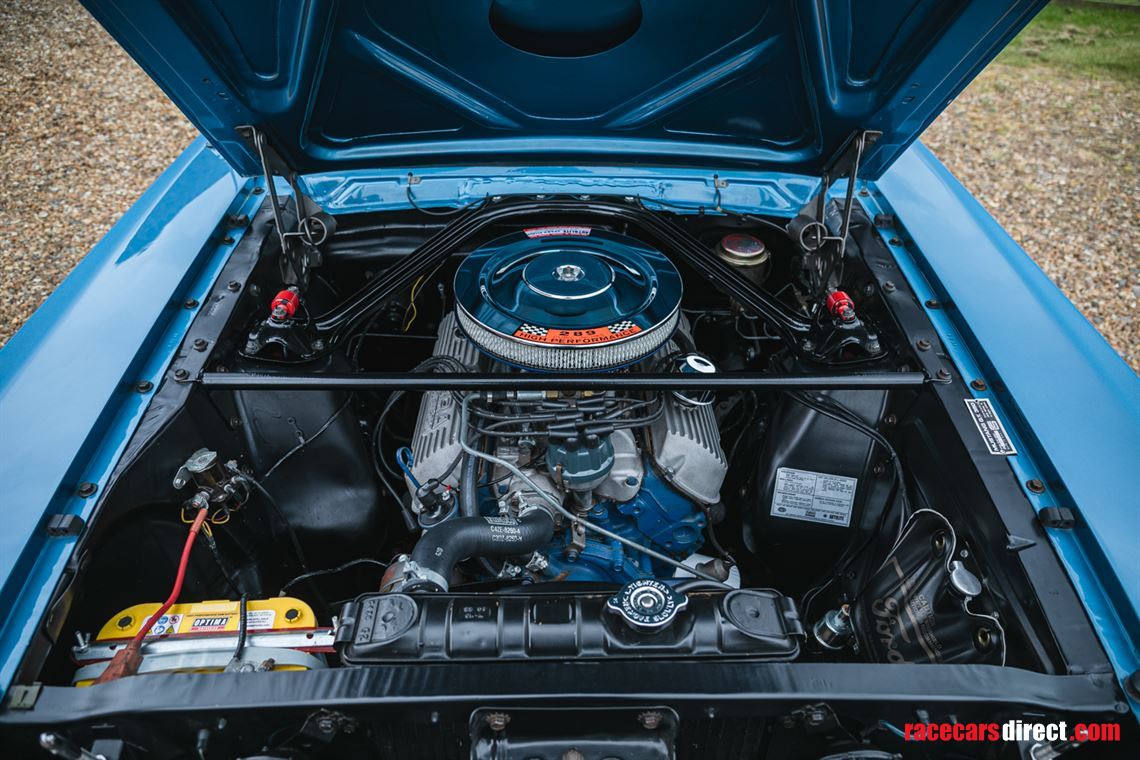 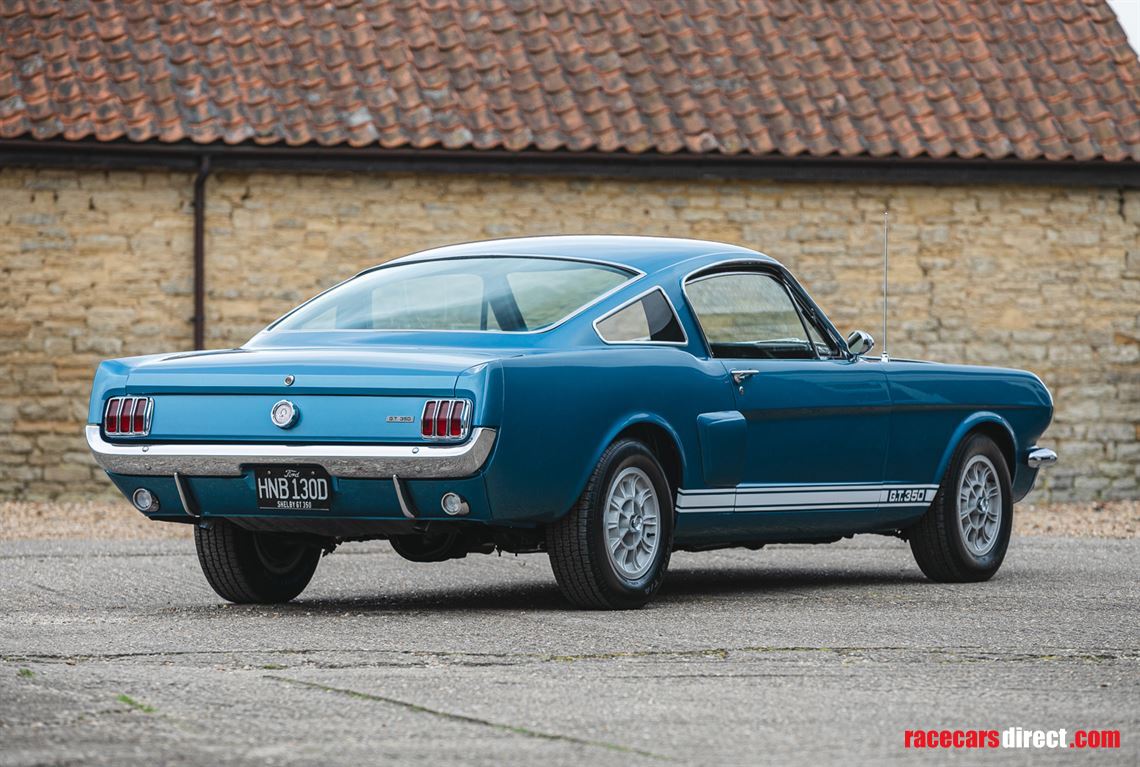 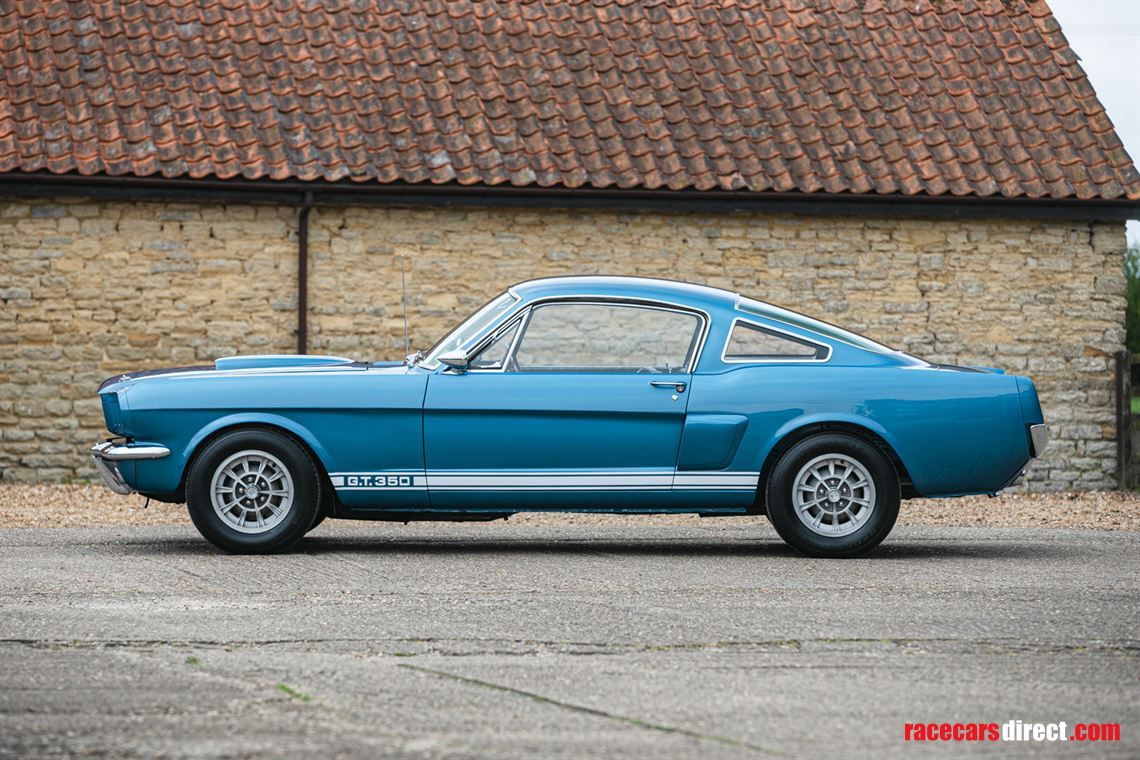 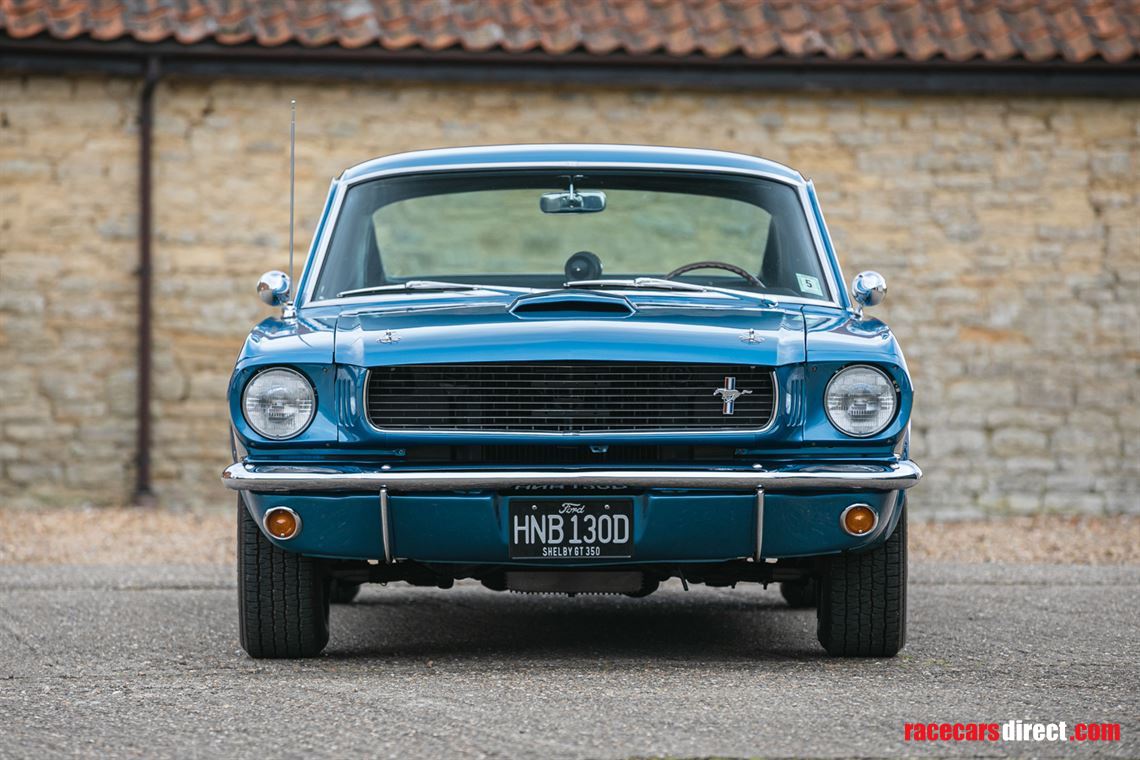 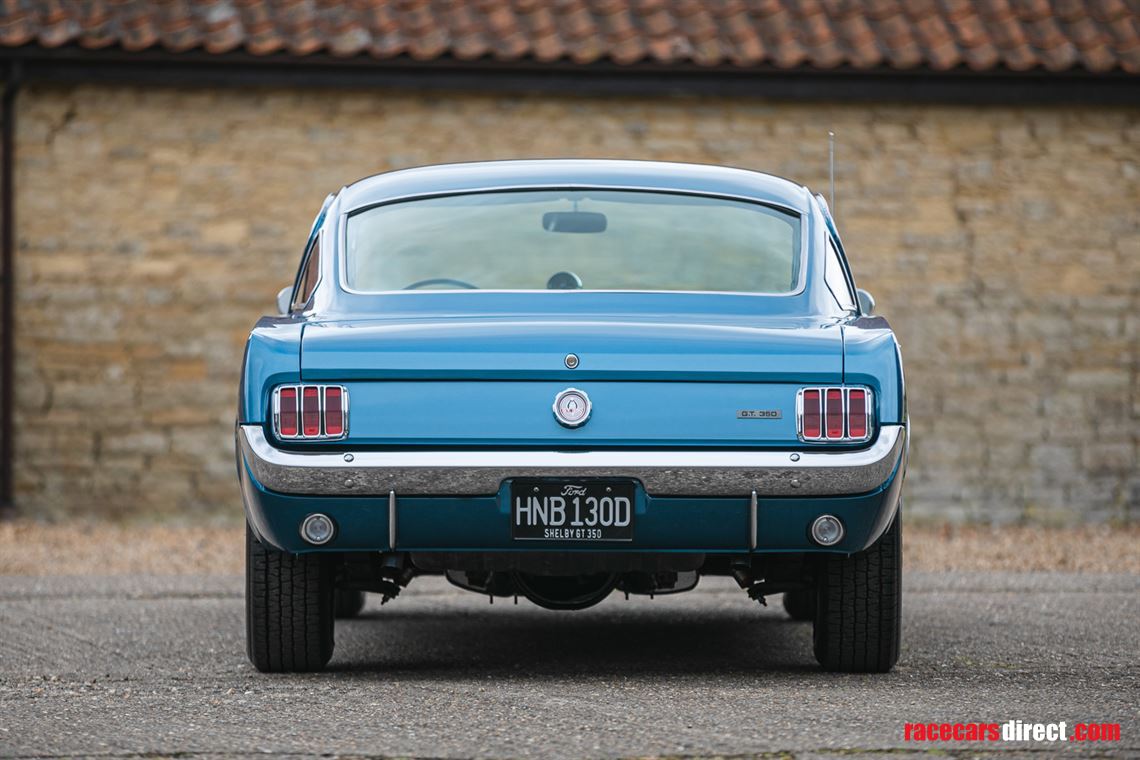 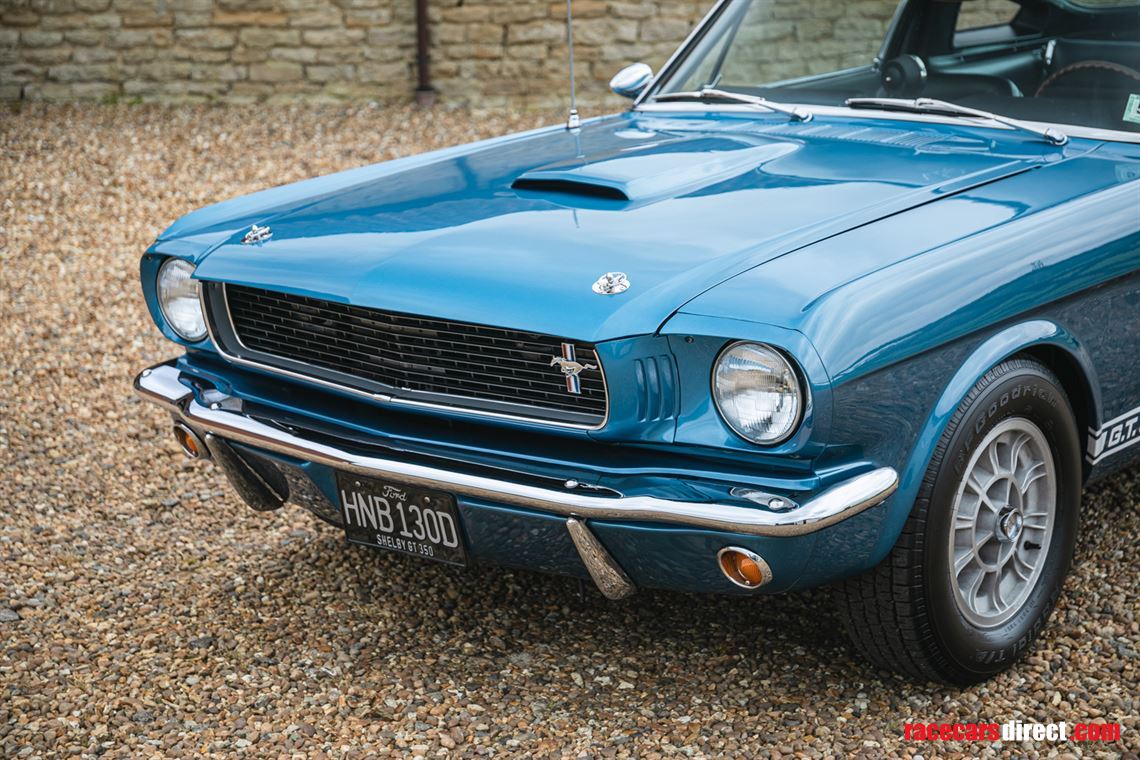 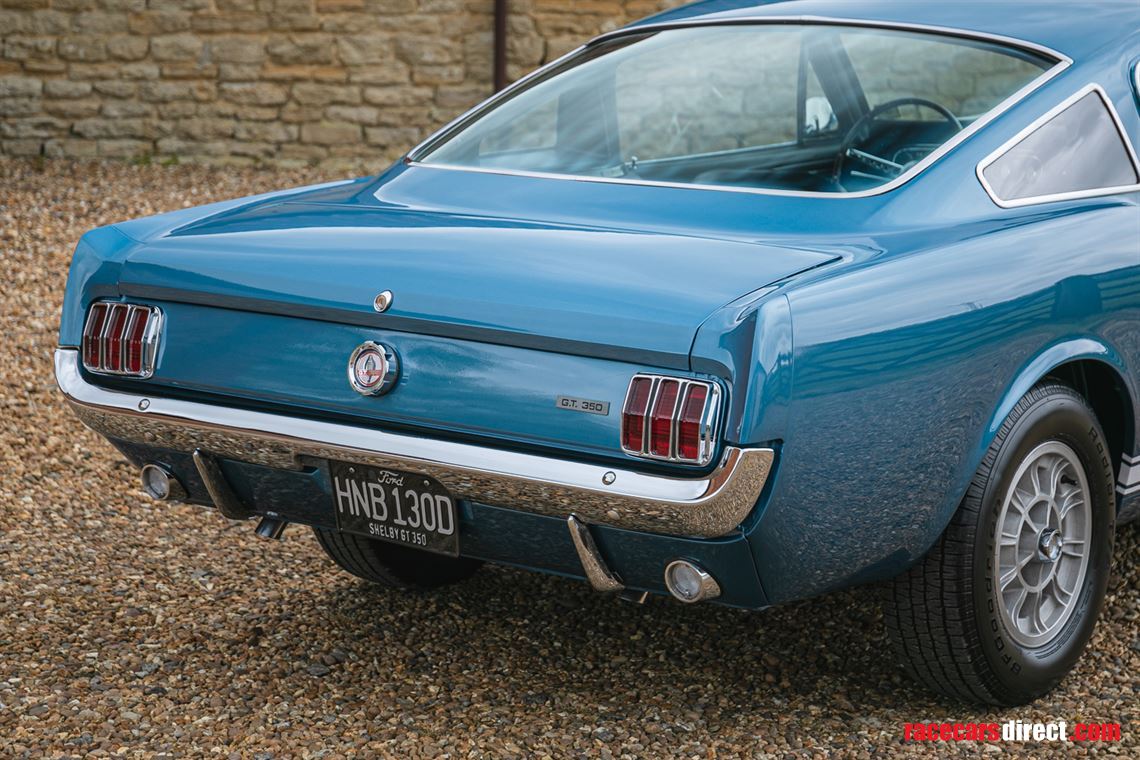 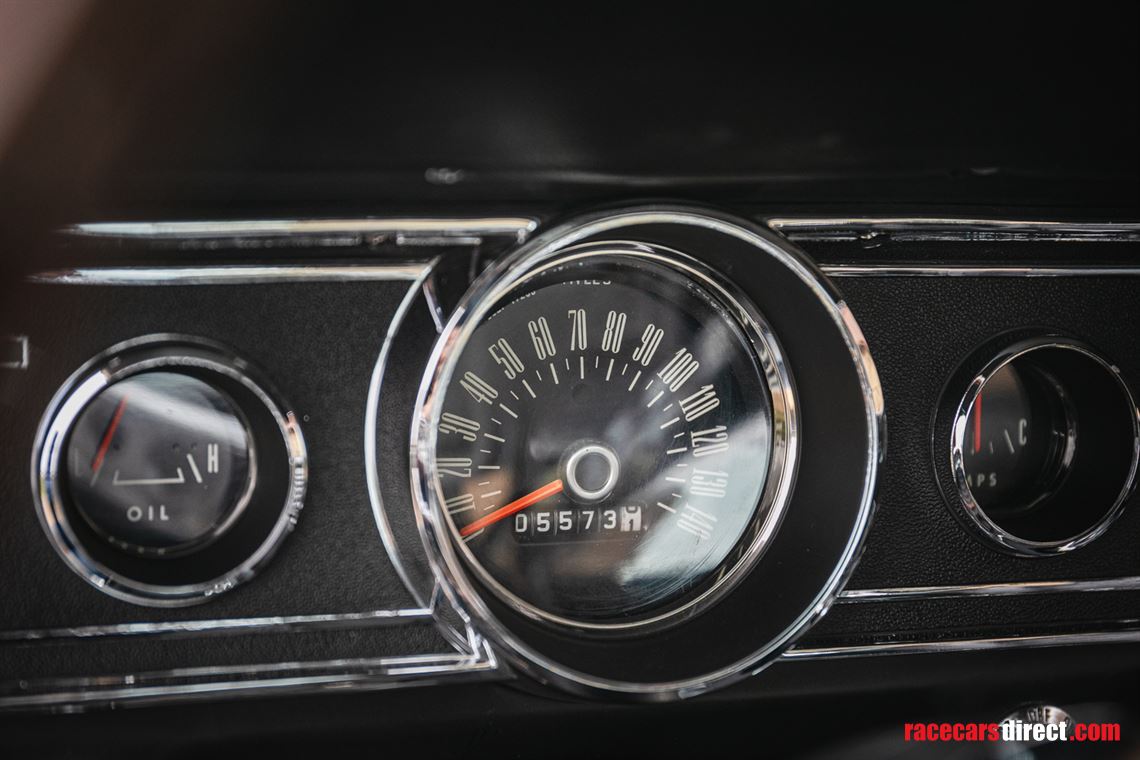 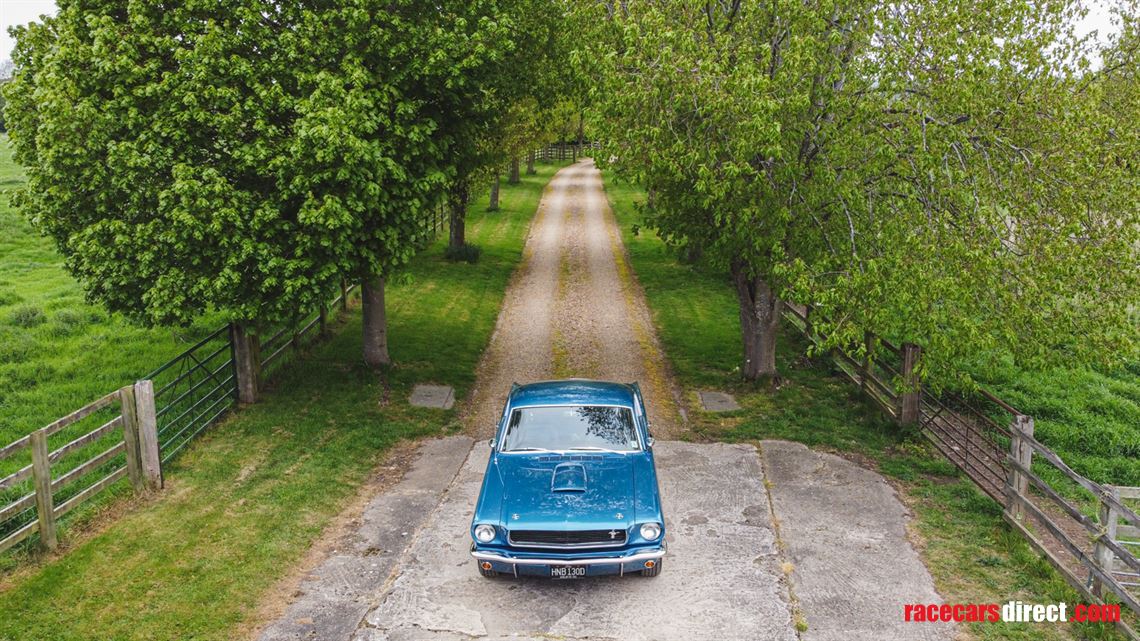 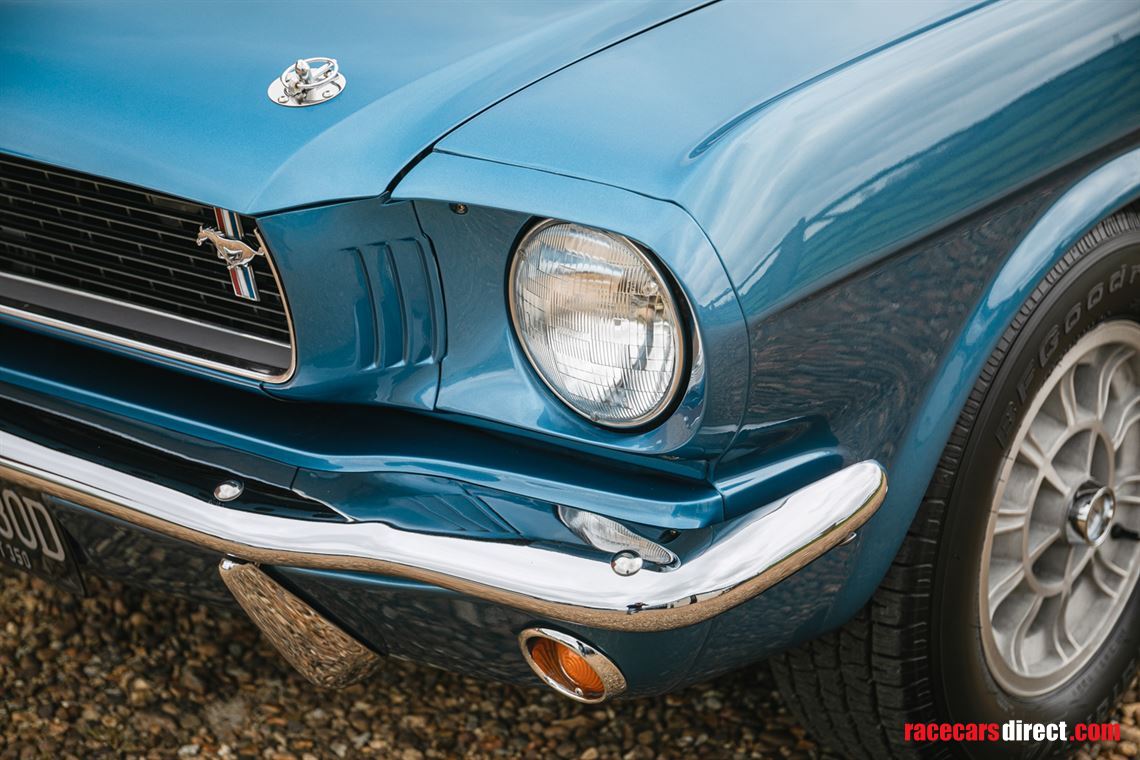 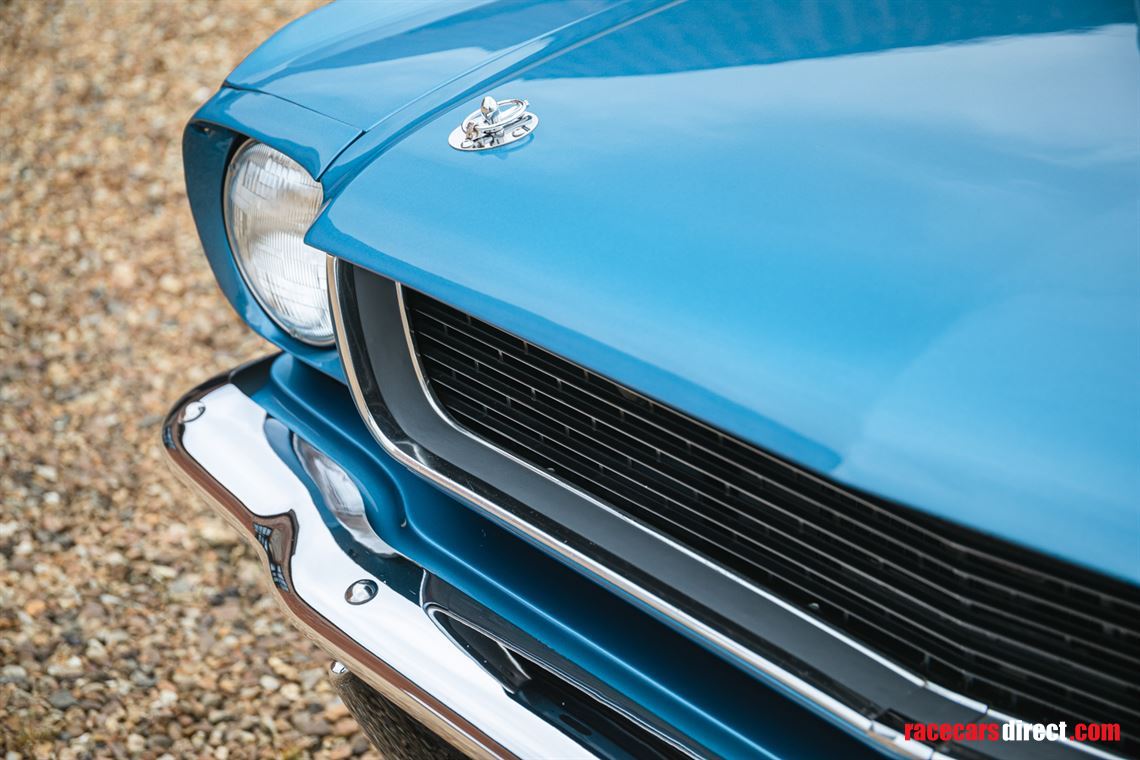 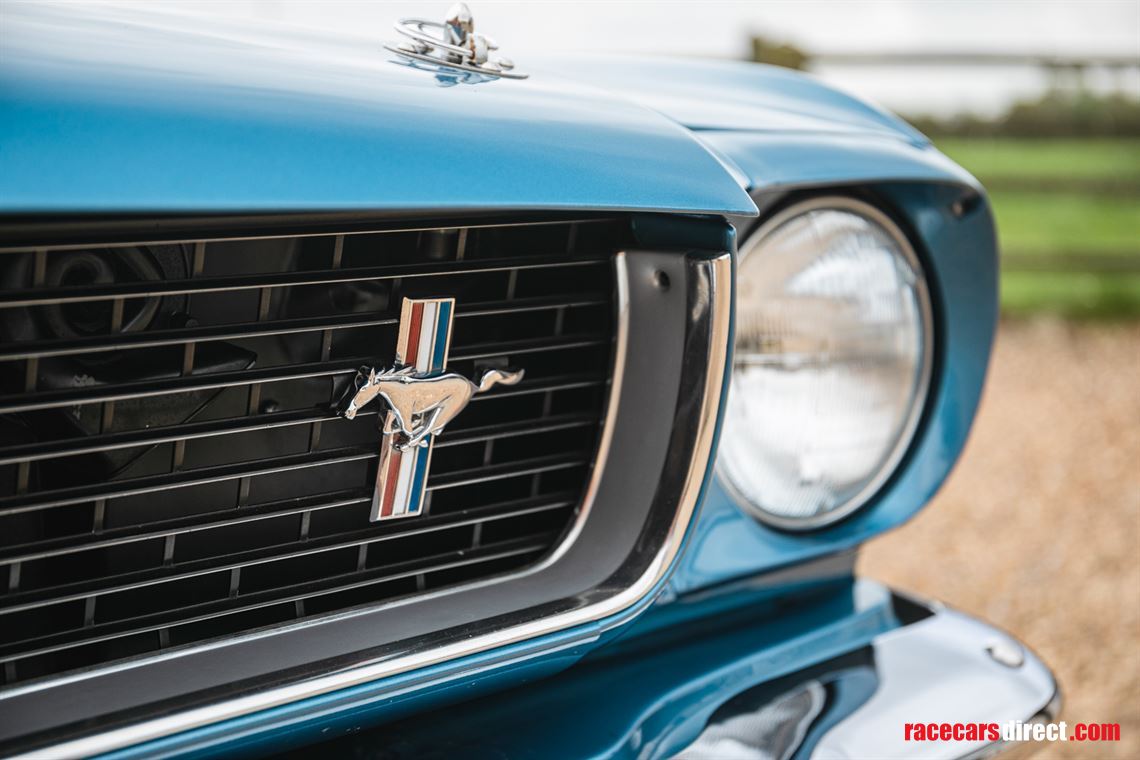 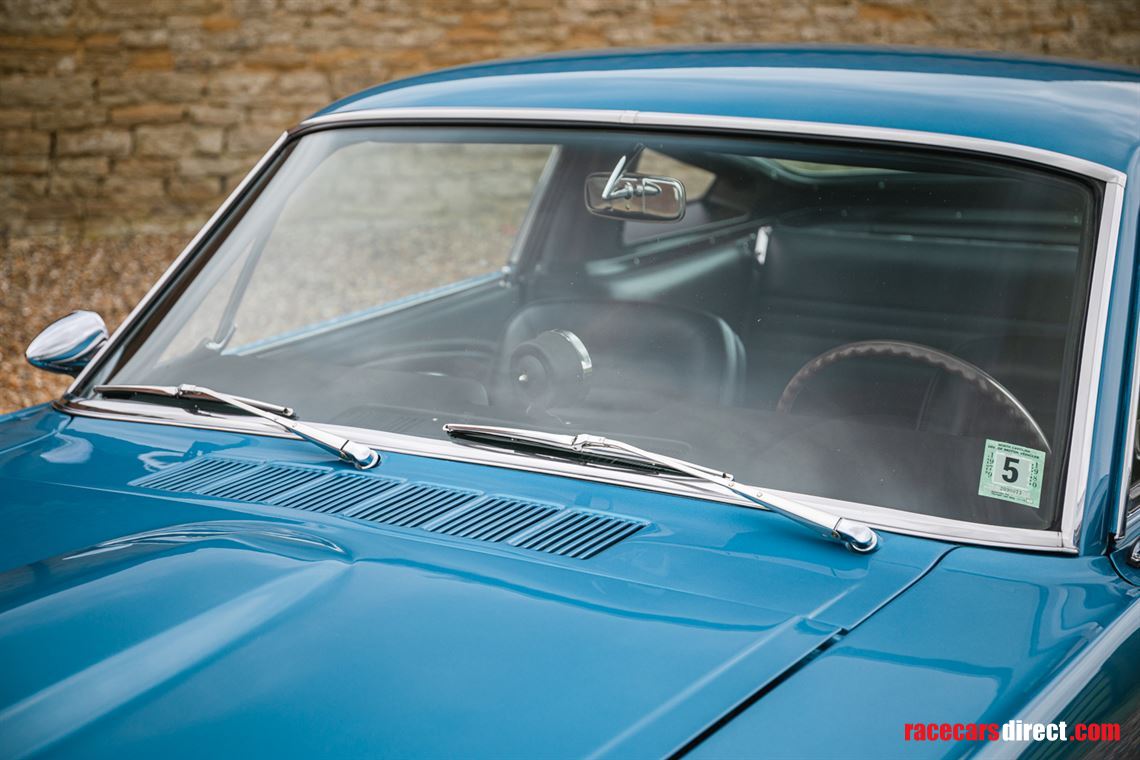 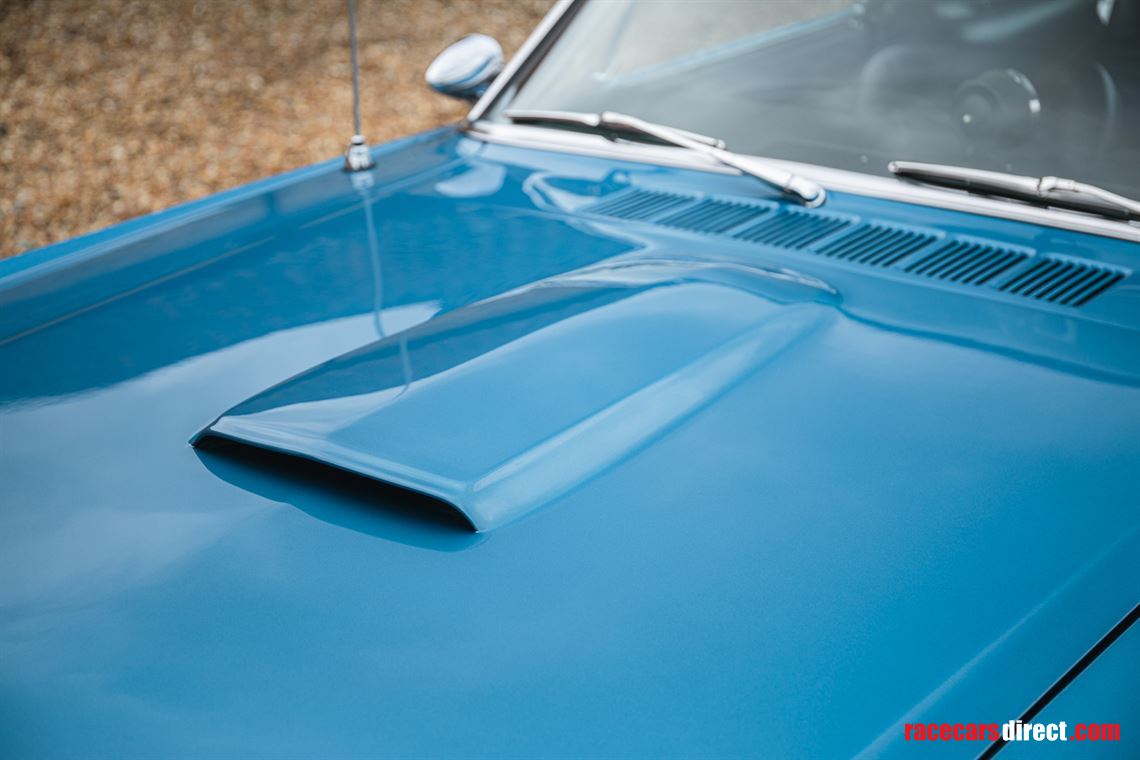 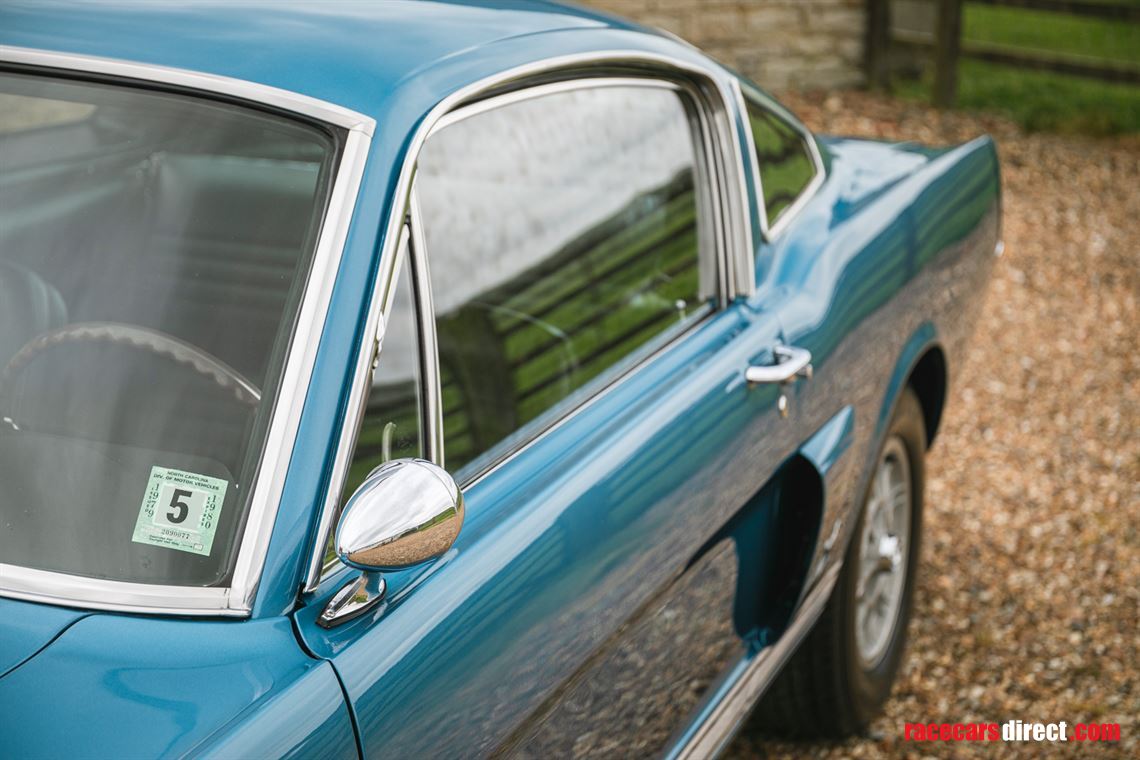 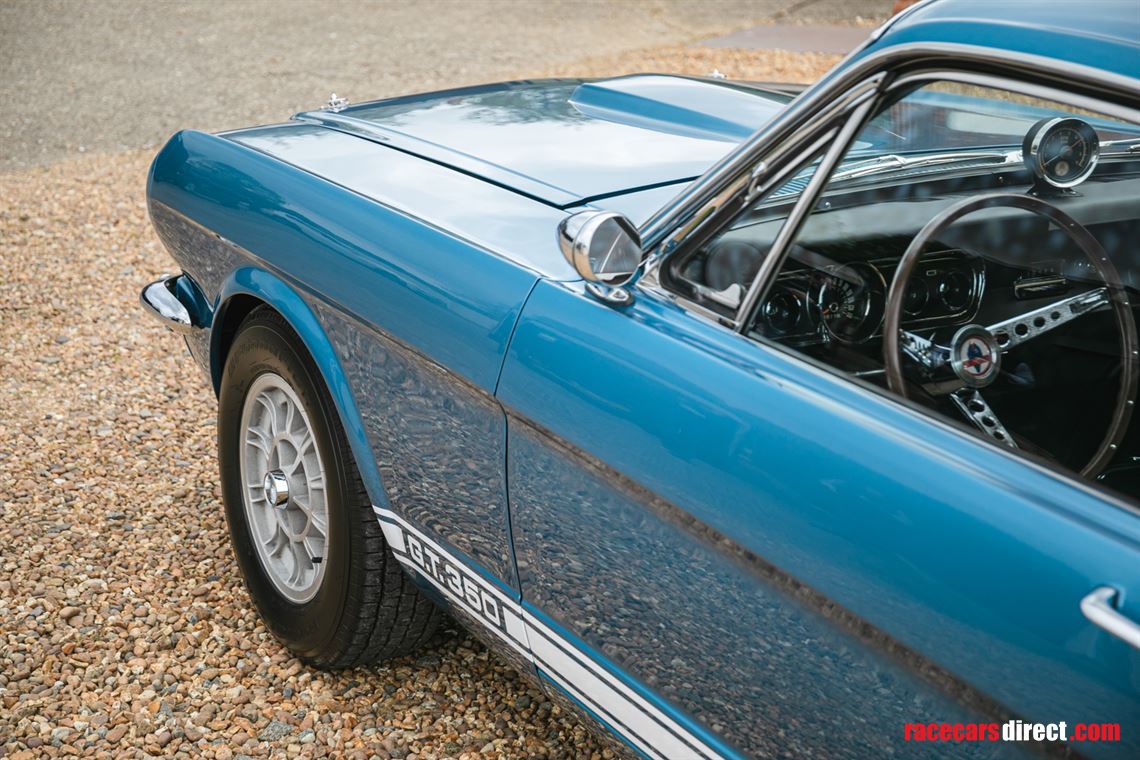 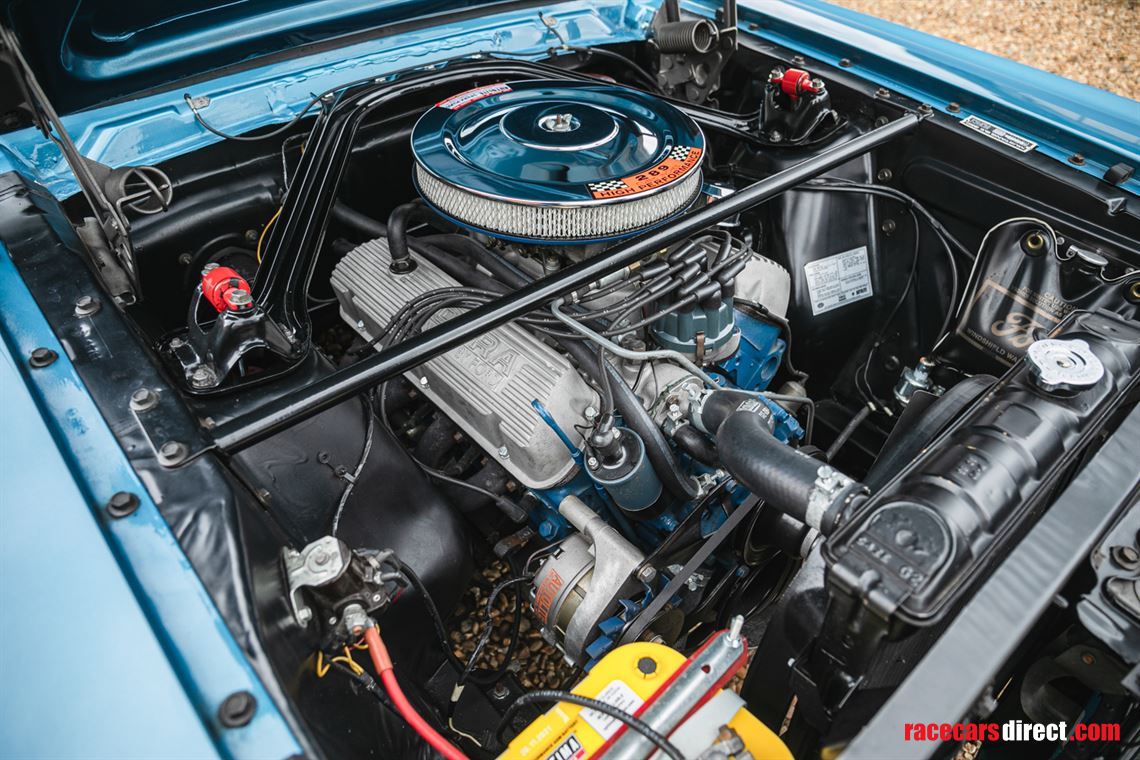 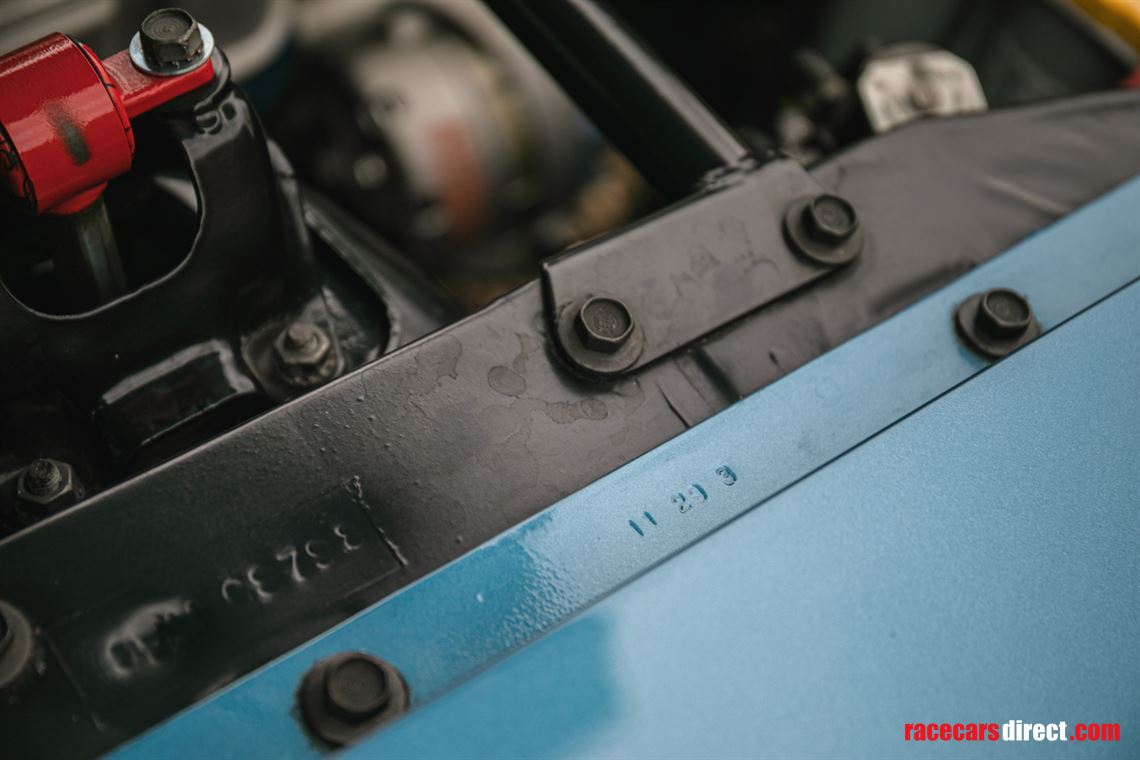 One of only three known in the UK, previously restored to Concours standard in 2015 including a full mechanical overhaul. A true numbers-matching example, verified by Shelby America - outstanding.

One of only three known in the UK, previously restored to Concours standard in 2015 including a full mechanical overhaul. A true numbers-matching example, verified by Shelby America - outstanding.

Following the success of the Ford/Shelby race team at Le Mans with their GT40, the Ford Motor Company wished to capitalise on this success and the knowledge of the inimitable Caroll Shelby, launching production of the Ford Mustang built by Shelby American in 1965.

Based upon the standard Mustang coupé silhouette, the first-generation Shelby Mustang GT 350s - often simply referred to as the GT 350 - produced in 1965 and 1966 -  boasted a Windsor 289ci (4.7-litre) naturally-aspirated V8, fitted with a large four-barrel Holley 715 CFM carburettor. Total output was reported to be 306bhp, with power sent rearwards through a Borg Warner T10 four-speed manual transmission.

Supplied new by the Young Motor Company of Charlotte, North Carolina, this 1966-registered example was out-shopped in the wonderful shade of Sapphire Blue and boasts the desirable - and exceedingly rare - 14” 10-spoke alloy wheels, along with rear seats. Both of these optional extras have been confirmed as being specified at the time of purchased, as shown on the original Bill of Sale, dated 1966 at a cost of $3,880.75.

Sold to the first owner in May 1966 and changing hands a number of times up until its final US-based custodian purchased the vehicle in 2012, the then-owner commissioned a full, bare-metal, Concours-standard restoration of the vehicle, finishing in 2015. This included a full aesthetic strip-down, acid bath and re-spray in the correct Sapphire Blue, along with a mechanical restoration, engine rebuilt, interior re-trim and chassis overhaul, with all works being completed to the highest standard irrespective of cost. Notably, the vendor states that the bodywork contains “no filler or bondo” with any problem areas replaced with sheet metal during the restoration in the US.

Following the culmination of the aforementioned restoration works - at which time the odometer was reset to zero, due to the engine being entirely stripped and rebuilt - the car then made its way over to the UK in May 2016, being used sparingly by its first UK owner in order to preserve its condition.

It has then changed hands twice, prior to coming into the care of its current owner during late 2021. Whilst it remained in outstanding condition, it was decided to take the restoration even further from a mechanical point of view, with a primary focus on usability and safety:

Whilst in the custodianship of its current owner, around 500 miles has been added to the odometer, with no reported faults. A genuine, numbers-matching example finished to the highest standard in a desirable colour combination, this 1966 Ford Shelby Mustang GT350 is a truly outstanding example of the coveted first-generation Shelby Mustang, and is one of only three known to our vendor in the UK. Presented in near-Concours condition throughout and driving “like a dream”, this example also boasts a strong history folder, including the rare original Bill of Sale, documentation of the 2012-15 invoice and a DVD-ROM with over 400 photographs of the restoration process. Exceedingly rare, investment-grade and numbers-matching, this is an opportunity too good to miss for any serious collector or enthusiast.

Stay Sharp Karting is the perfect way to get 'match fit' for any racing, train like F1 drivers