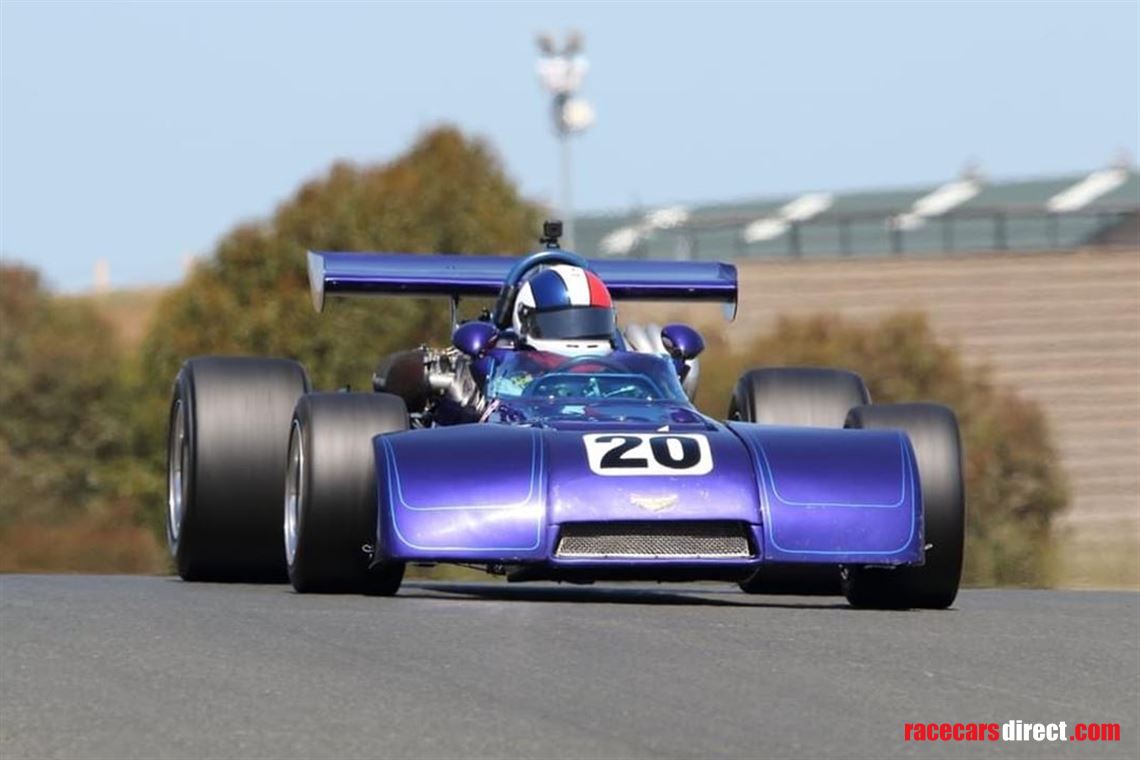 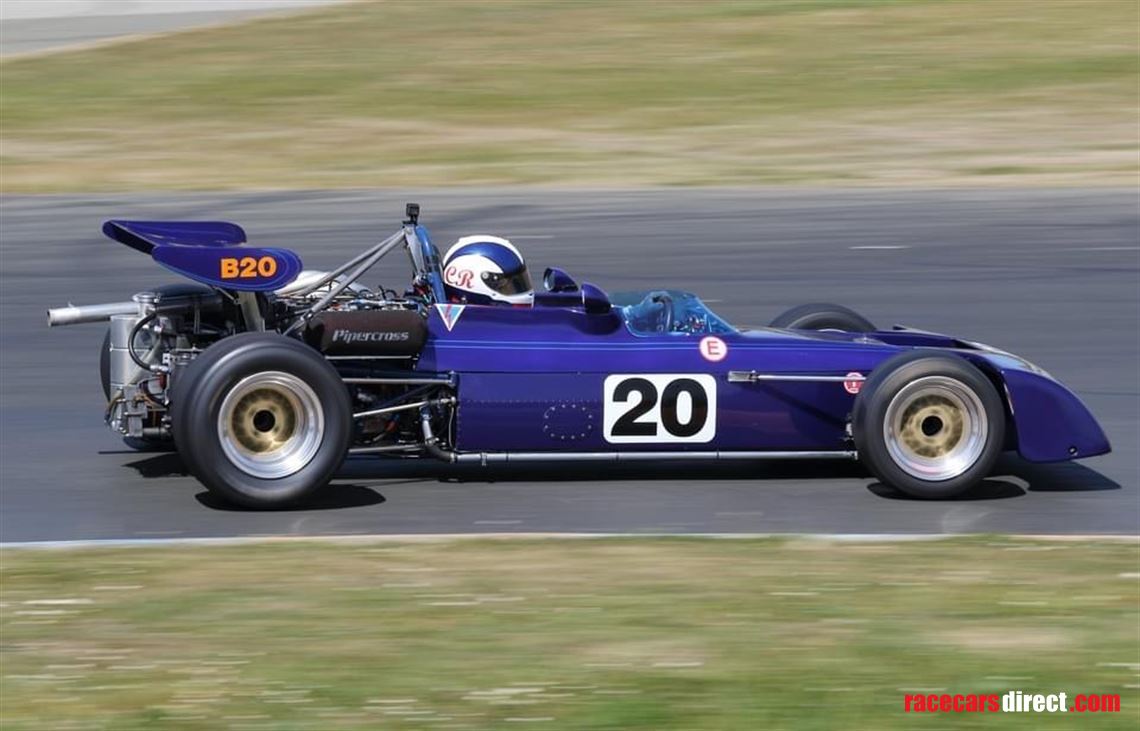 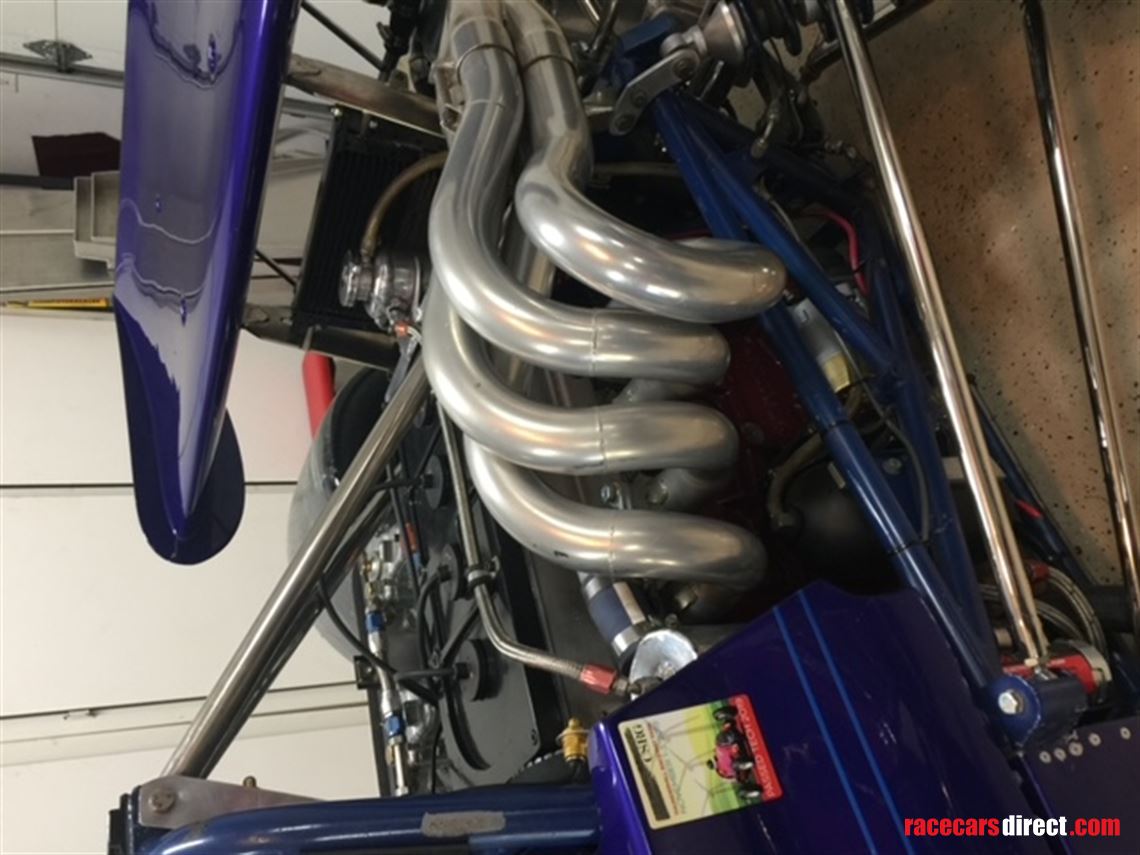 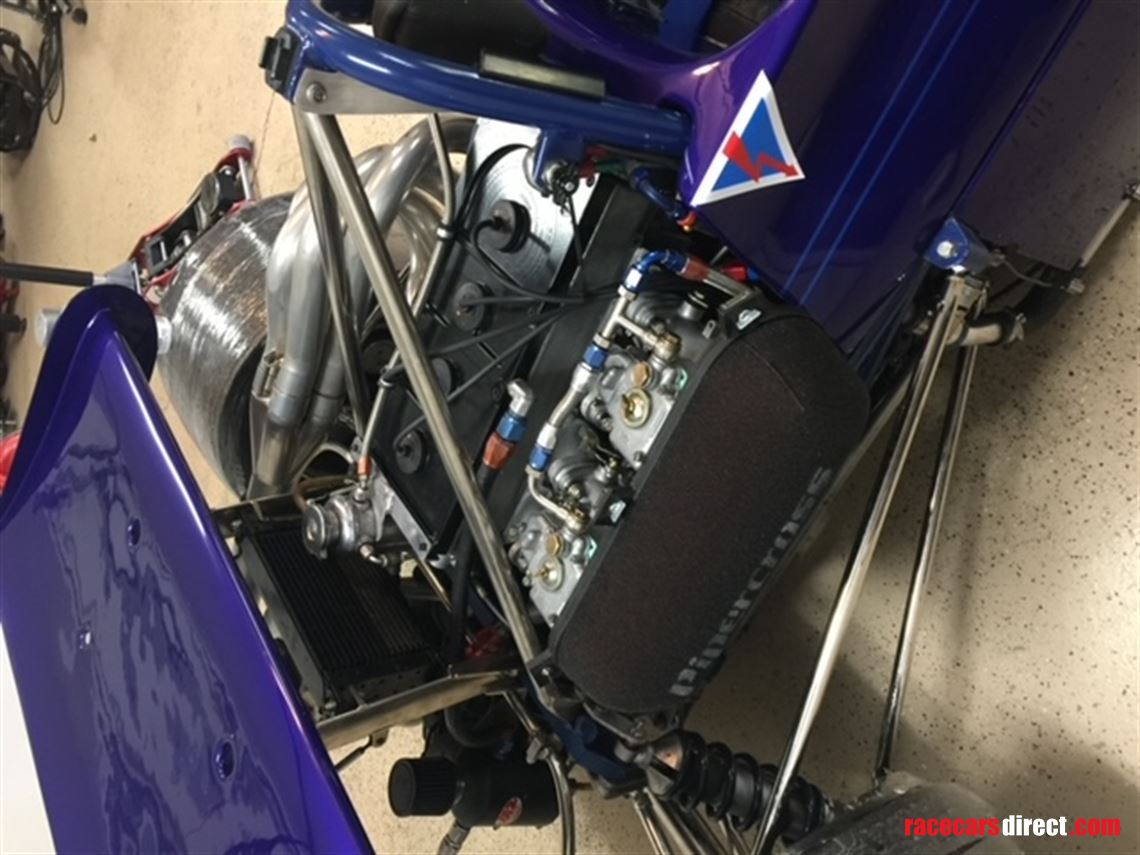 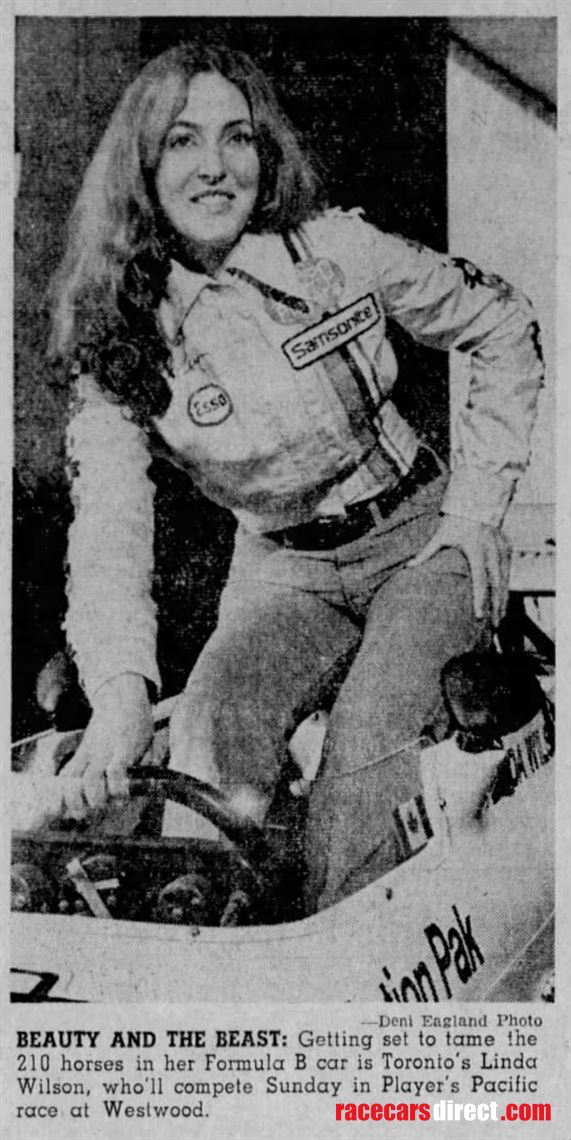 Brian Robertson raced this Chevron B20/72/05 to the Players Canadian Formula B Championship title in 1972. The Chevron was a works-backed Fred Opert Racing Team car.

Robertson won the first race of the season, May 28, 1972, at Saniar. He finished second at Edmonton on June 25th to series rival Ric Forest in a March 722. At Westwood, on July 9th, Forest would come second while Robertson finished 4th. At Circuit Ste-Croix, Robertson turned the tables on Forest winning the race, but with Forest right behind in second.

On August 6th, Forest made big gains in the Championship by finishing second to 1969 and 1970 Formula B Champion Craig Hill at Gimli. Robertson scored no points due to a suspension failure on the second lap.

At the Grand Prix de Trois-Rivieres, Forest would finish second with Robertson coming third, less than one second behind. At Debert on September 10th, Robertson would win and Forest would finish out of the points. The penultimate race at Sanair at the beginning of October would see future Formula Atlantic Champion Bill Brack winning, and both Robertson and Forest struggling and finishing out of the points.

The final race of the season was at Mosport. Robertson beat both Craig Hill and Ric Forest to the finish with just two seconds covering all the three cars. 1971 Formula B Champion, Dave McConnell, finished fourth. Robertson’s victory sealed the Championship for him and Chevron B20/72/05.  OldRacingCars.com - Canada, 1972

OldRacingCars.com reports the history of Chevron B20/72/05 as follows:

Sold via Fred Opert and entered for Brian Robertson (Brockville, Ontario, Canada) in Formula B in 1972. To Ferguson/Wilson Racing Team for 1973 and raced by former Miss Canada pageant finalist Linda Wilson in Canadian Formula B.

The Chevron was due to be driven by Ric Forest at Trois-Rivières in September but teammate Peter Ferguson "wiped out" the sister car on the Saturday so took over Wilson's car for the race.

Only one of the B20s was seen in 1974, driven by Ferguson, and it seems likely it was the ex-Wilson car. Advertised by Fred Opert in June 1975, suggesting it had returned to Opert in part exchange for Ferguson's new Chevron B29. Advertised again by Opert in early November 1975.

Subsequent history unknown until bought as a rolling chassis by Ed Swart from somebody on the east coast who had been trying to restore it. It was black at that stage, and Ed repainted it to orange, the Dutch racing colours, and fitted a BDA engine as he completed the restoration.

The Chevron was raced by Swart from 1989 to February 1993, winning VARA's Historic Formula Atlantic west coast title in 1992. Swart then acquired a Chevron B45, and the B20 was sold to Richard Morrison in Tennessee in February 1996. History then unknown again until February 2019, when the ex-Swart car was advertised from Las Vegas, NV. Acquired by Chuck Raggio (Linden, CA) in March 2019. In September 2019, Raggio said that after its time in Canada, the car went to Fred Opert and then to Dan Carmichael.

The car comes with a written history by Ed Swart, and is also featured in Ed's recent autobiography.

The Chevron is constructed on a paneled spaceframe chassis. The car is powered by an Ivey BDA (1600cc) with 1 1/4 hours on it. It was built with a brand new, CNC machined, head and a brand new block. A new clutch was also installed.

At the same time the car also received a mechanical restoration. It included the following:

The ring and pinion, cam and palls were inspected prior to the car's most recent event in 2022 at Laguna Seca. All in near new shape

The Chevron comes with a complete set of spare bodywork less the windscreen. The nose has been primered, and the cockpit surround is in black and ready for primer and paint.  If the top section were to be painted yellow, it would match the original Brian Robertson paint scheme.

For additional information, photos, and more please go to

We can also help with shipping worldwide. Just let us know your nearest port and we can get you a quote.

This would be a great car for the HSCC Formula 2 Vern Schuppan Trophy series, as well as Masters Formula Atlantic Plus, Monterey, SVRA, CSRG, VARA, HSR and any place where historic Formula B and Formula Atlantic are raced worldwide.