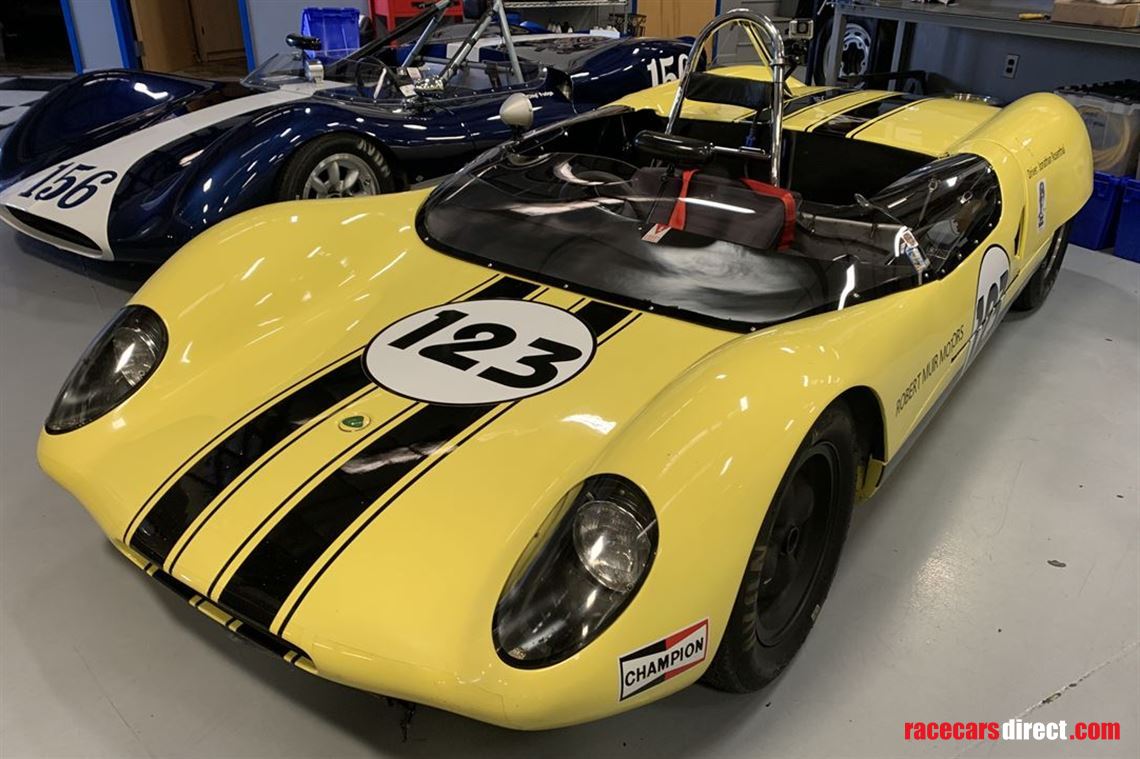 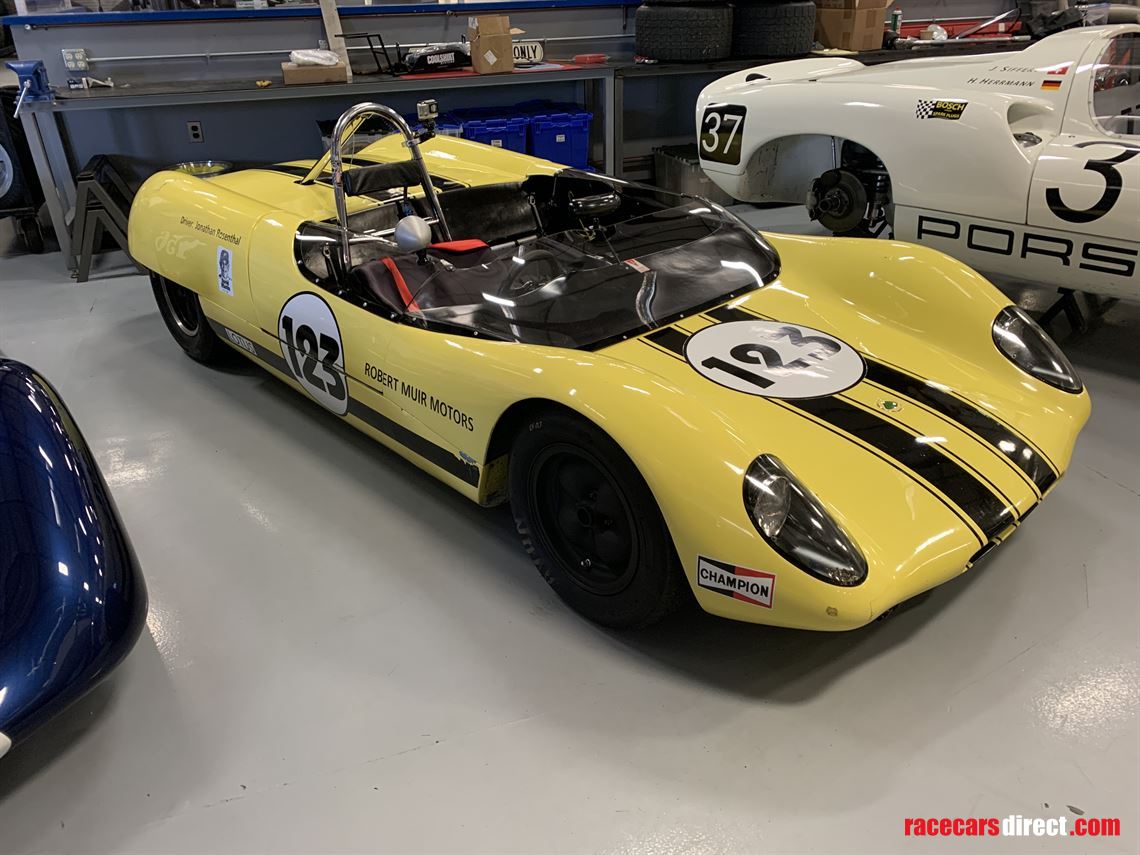 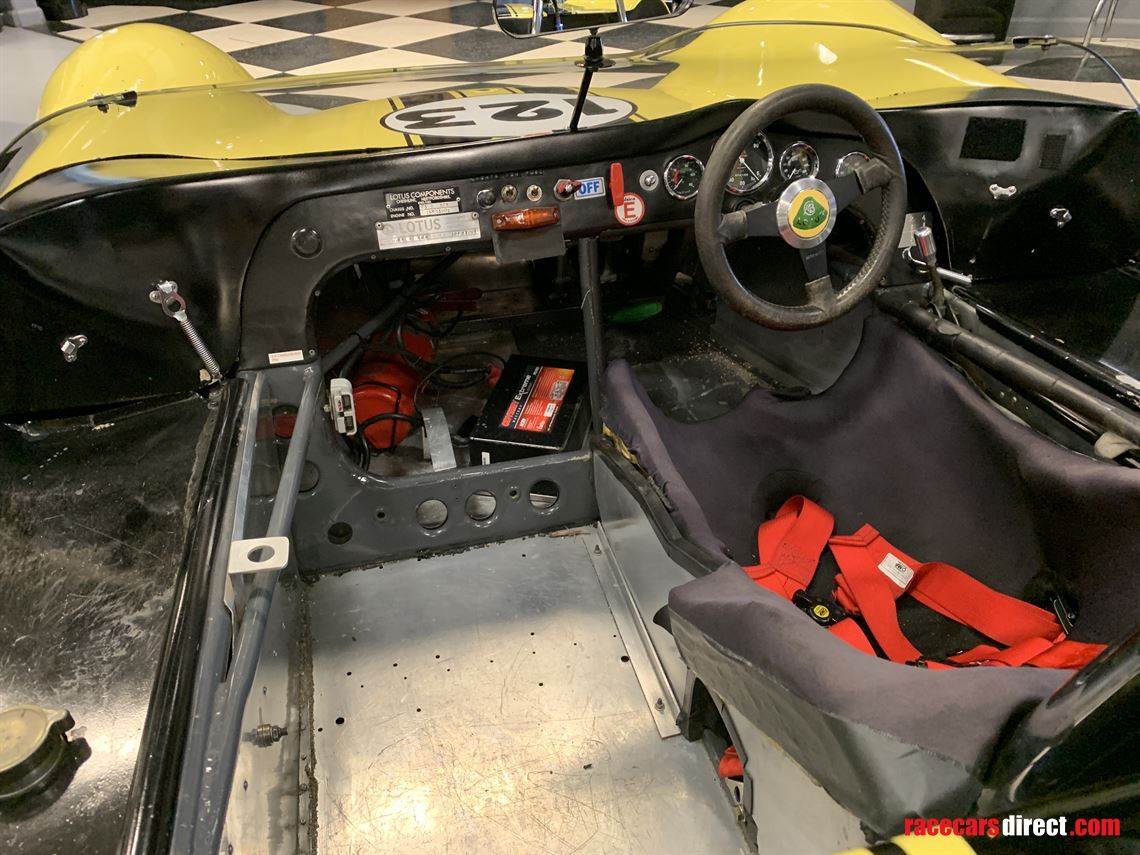 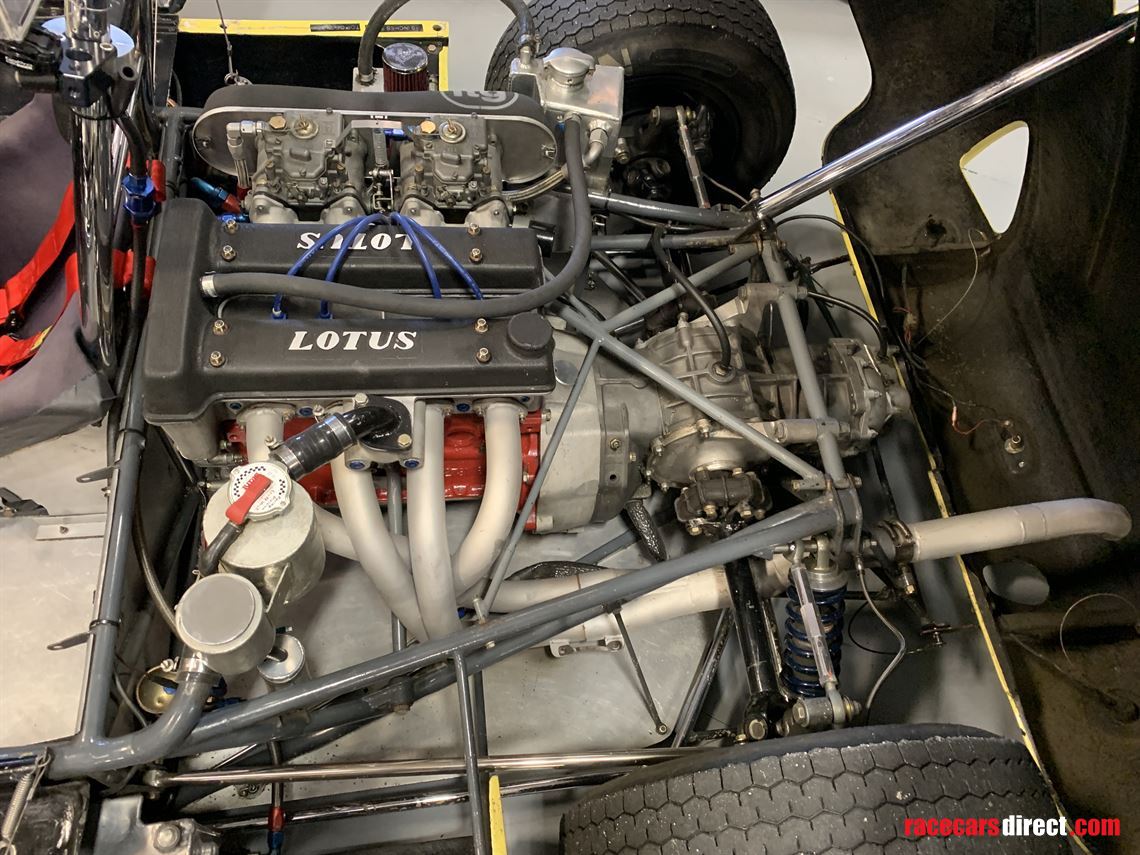 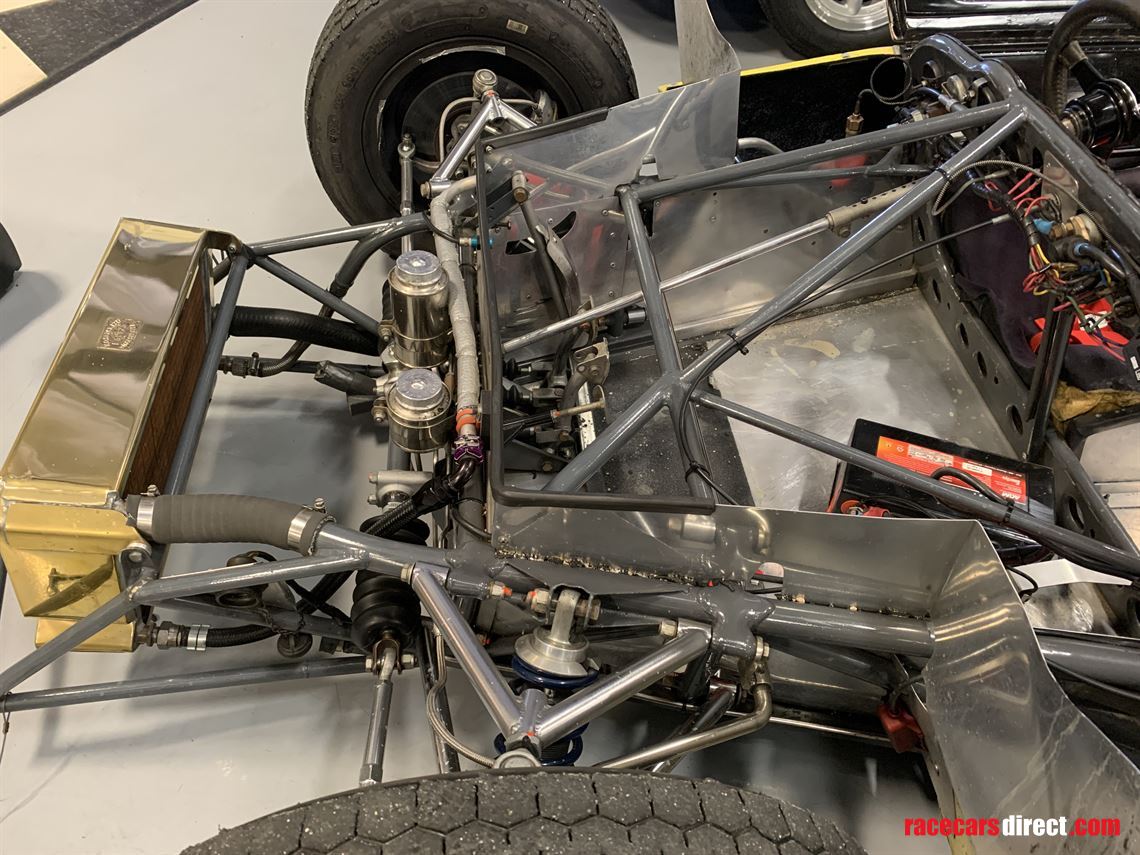 The records that accompany the Lotus 23 show an impressive, and detailed, history.

The Lotus was invoiced from the Lotus factory July 23, 1965 to Geoghegans in Australia. It was sold with 13X7" front wheels and 13X9" rear wheels. Factory modifications included Lotus 19 front brakes, axles and hubs.

The Lotus was then sold to Neil Allen in January, 1966. The car was originally raced finished in white with twin red stripes. Raced at Warwick Farms (6th), Catalina Park (1st, 2nd, and 3rd), and Oran Park (1st, 8th, and track record).

The following month, the Lotus was sold to Bob Muir, still in its damaged condition. The damage was repaired by Bob Gritton and the Lotus was resprayed to yellow with twin black stripes. The original engine, number 16651001, was still retained, but was bored out to 1600 c.c. specification.

In January, 1968, the engine size was increased again, this time to 1860 c.c., the limit for the engine of this time period.

Muir and the Lotus had an exceptional season in 1968. They won, or finished on the podium, in 11 of the 12 races in which the car competed, and finished 6th in the RAC Trophy Race. Their performance culminated in winning the 1968 Sports Car Championship.

In January, 1969, the Lotus was sold to Derry George from Melbourn, Australia. However, Bob Muir carried on as the driver, along with Peter Larner and Bill Proswe. The Lotus was now sponsored by Civil Flying School, and was still running its original engine.

Peter Larner then purchased the Lotus in January, 1970. However, he attended only two race meetings.

In June, 1970, Paul Gibson purchased the Lotus from Larner less engine. The records show that Gibson fitted a 2.7 liter FPF Coventry Climax before later fitting an F85 Oldsmobile V8. A Repco engine may also have been used. An accident necessitated a new body, and one was fashioned out of aluminum only to be re-bodied again at a later date.

Fifty three meetings were attended between June, 1970 and April, 1977. From the August 18, 1975 Calder race onward the Lotus was raced by Grant Gibson. The car raced in the usual series of races for 1975 and 1976, again picking up victories, podiums, and fast laps, including a win and fast lap at the night race held at Calder on January 17, 1976.

In late 1980/January, 1981, Derry George bought the Lotus back, less engine. Handwritten notes in the file indicate that an engine, number 16640711, may have been included with the purchase. Derry restored the Lotus with a new body and painted it red. He raced the car at 11 historic meetings from June, 1983, through February, 1987.

The records show that Art Valdez, from California, purchased the Lotus from Derry in 1987. By June, 1987, Louis Bernat from Chicago, Illinois owned the Lotus and had MotorKraft Ltd. of Bensenville, Illinois perform a complete, frame-up restoration on the car.

Around 2003, the Lotus went back to the U.K. It was then offered for sale in 2004 through a dealer, Cars International, Ltd., located in London. The Lotus had been painted yellow and black at that point and had enclosed rear wheel arches.

The Lotus was sold by Cars International to Bill Binnie/Murray Smith in June, 2006. Binnie and Smith raced the car in U.S. historic races over the next several years.

In September, 2015, Chassis #123 was  sold to its current owner. It has been campaigned in historic races ever since.

The Lotus chassis presents itself as an authentic 1965 Lotus 23. The frame itself is not concours, nor should it probably be with its extensive history. However the chassis as a whole is very good condition and is professionally set up and maintained by a well known prep shop.

The body could us a redo for sure. It has some cracks (the largest from a crew member who inadvertently leaned on the car), and stress hazing. Having said that, from 10 feet away, and on the track, the car looks very presentable. You could race it now and pretty it up later, or do the body over your way now with your own, or period, livery.

The Lotus is also very competitive. In a recent outing it finished 3rd in a pack of top Lotus 23's that race on the U.S. West Coast. You could race it at the front again next week.

If you are interested in acquiring one of the few remaining highly documented, continuous history, Lotus 23’s, This is a great choice. When you add in that it is also a period championship winner, and is Green Certified by the Lotus 23 Registry, it is even better. When you top it off at this price point, it becomes quite a find indeed. The owner has purchased another car and no longer needs the Lotus. So that is why it is for sale.

For more information, photos, and videos, please go to MotorsportSMarket.com, or specifically

Finally, the Lotus' most recent race was the 2022 Monterey Reunion where the car performed perfectly. It has since been re-race prepped, including:

The Lotus is ready to go.

We can assist with shipping worldwide. Contact us and we will get you a quote.

Built by Fortec Motorsport regardless of cost and raced by Richard Dutton.