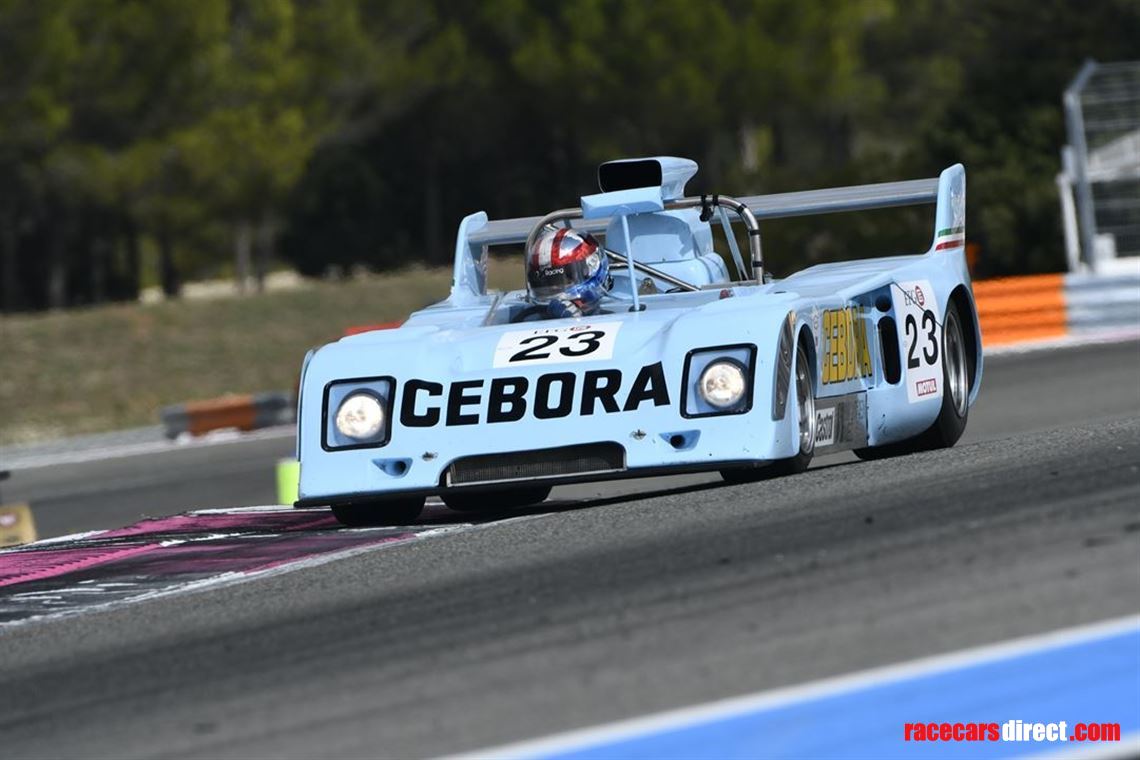 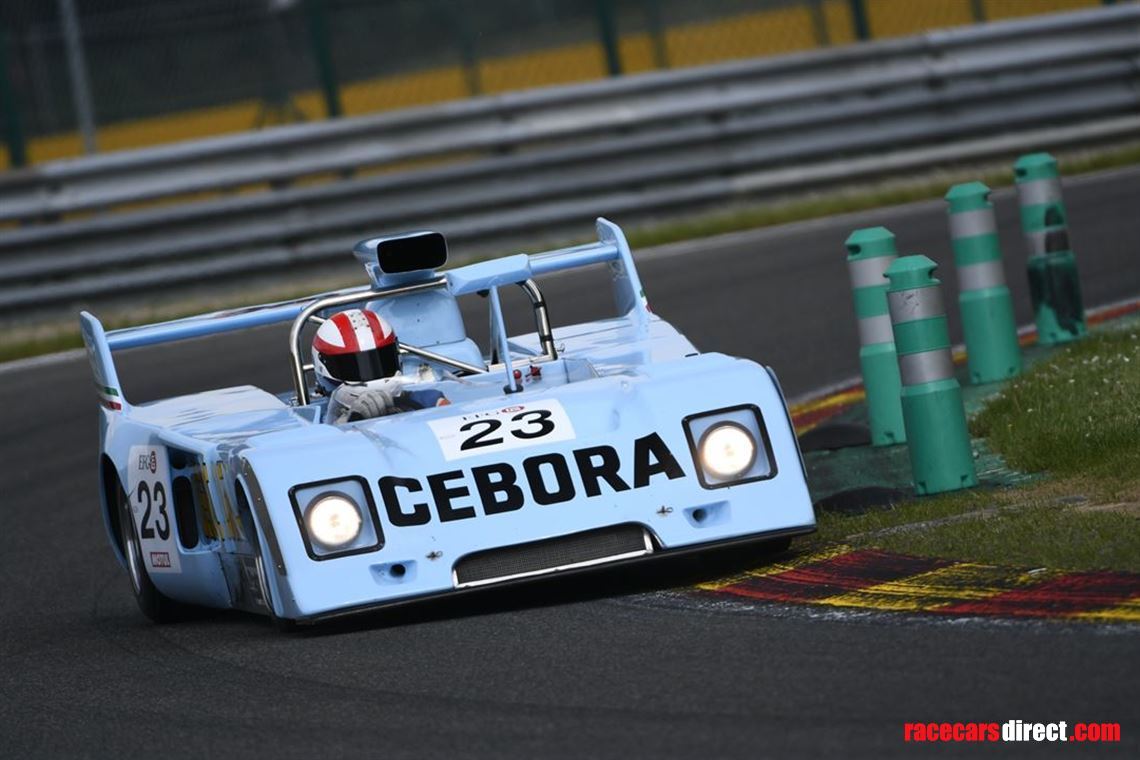 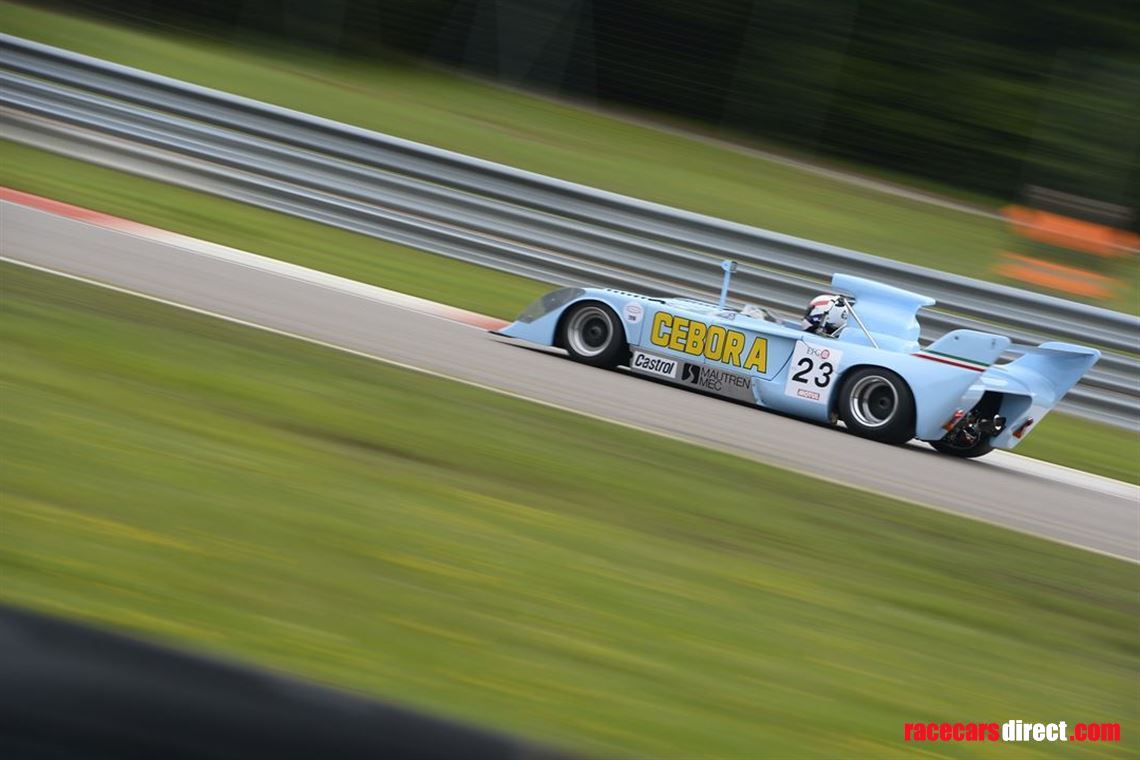 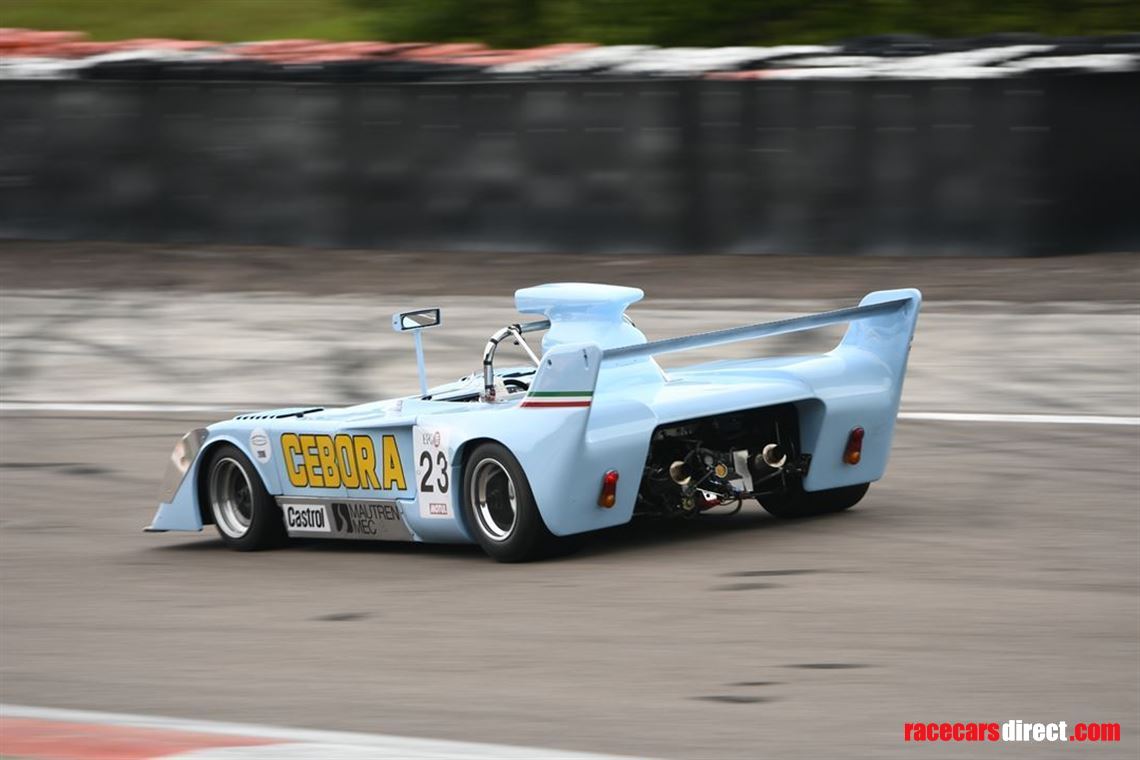 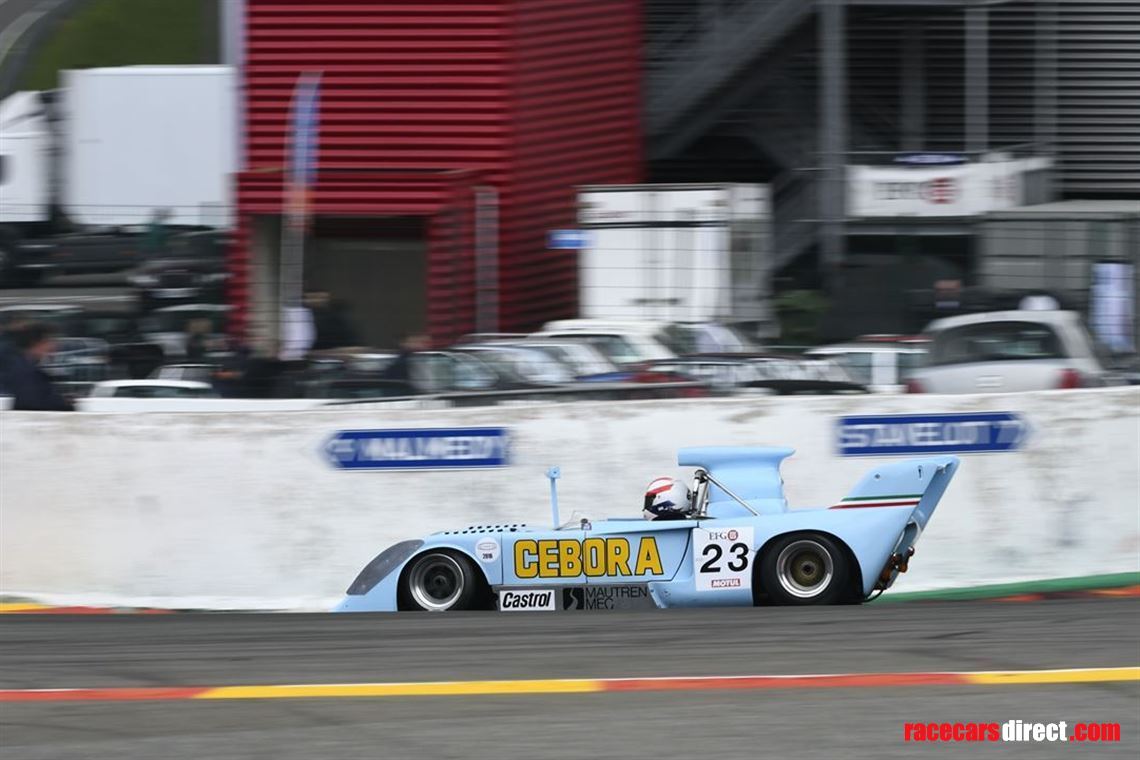 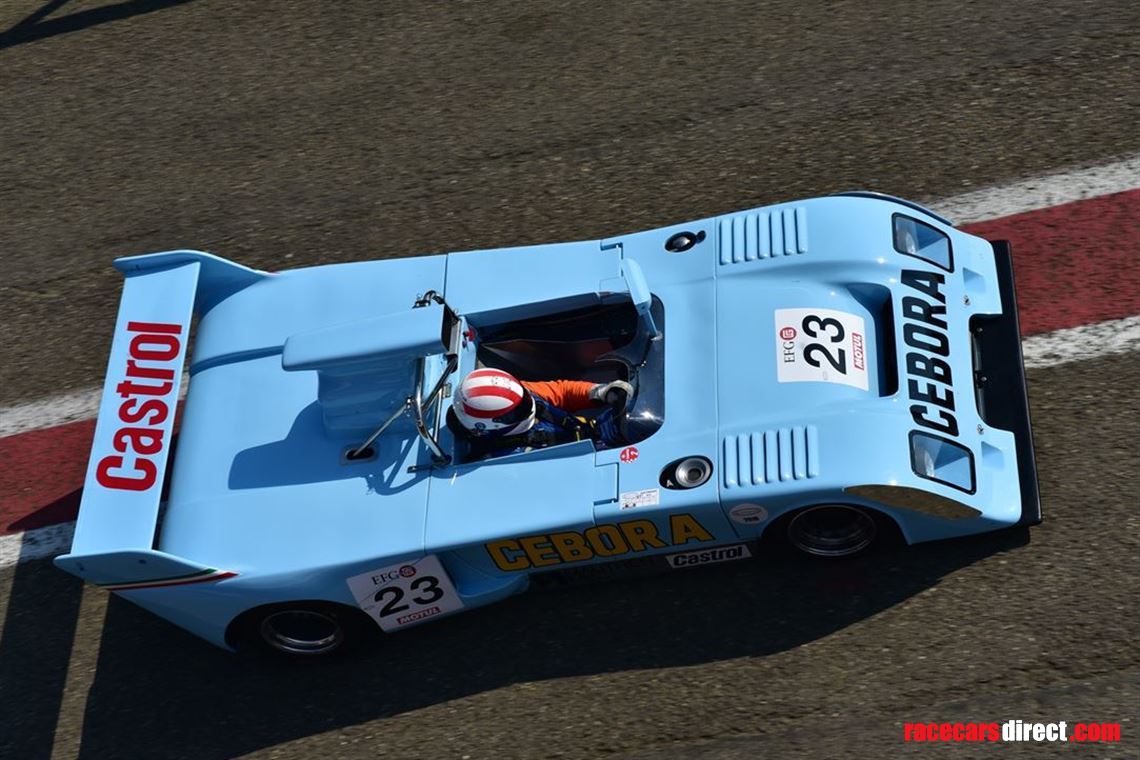 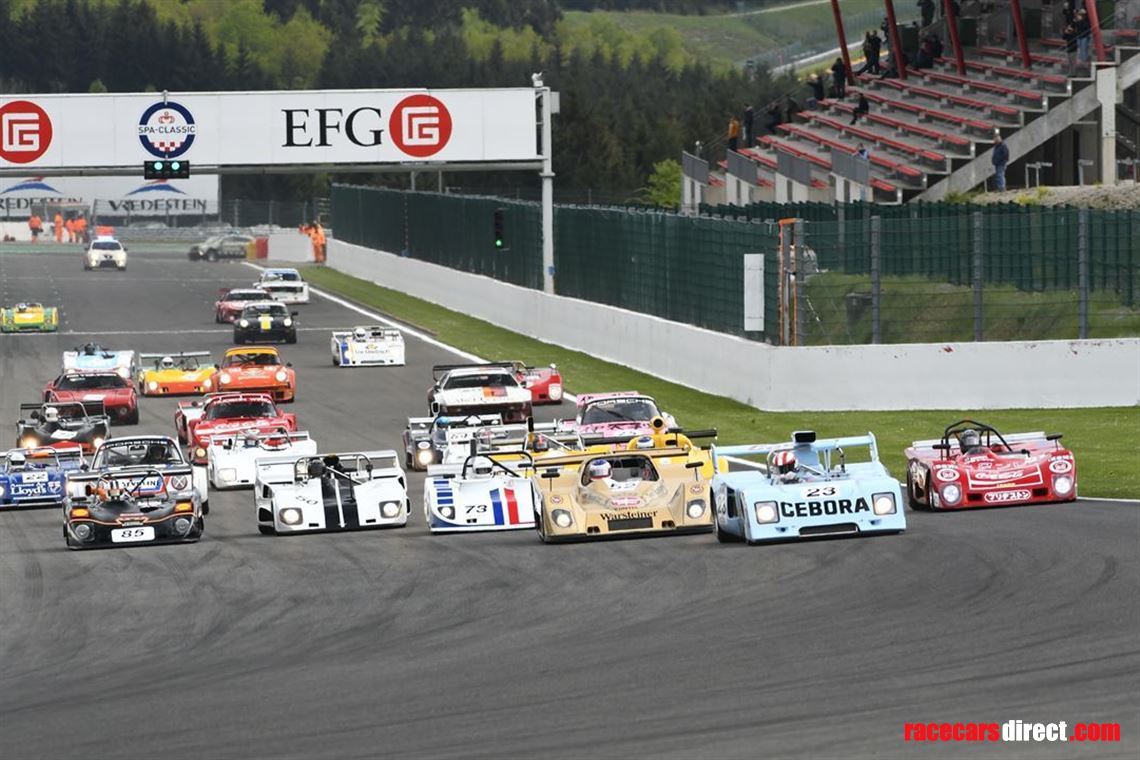 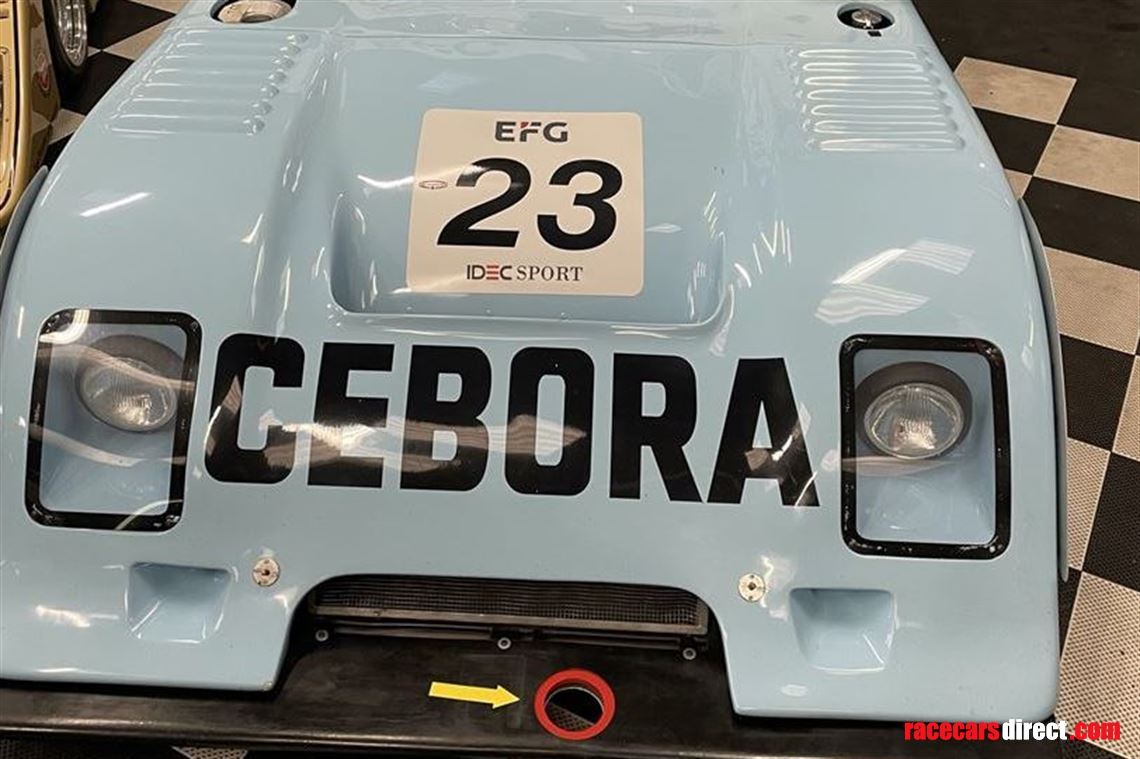 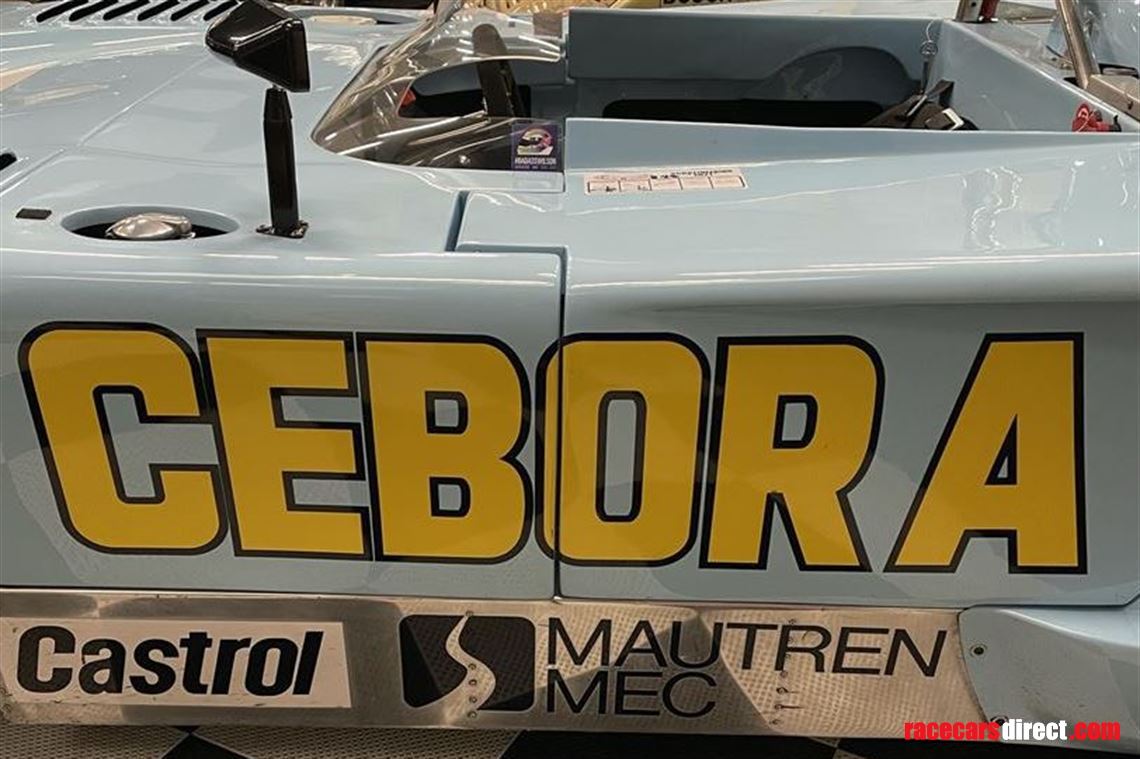 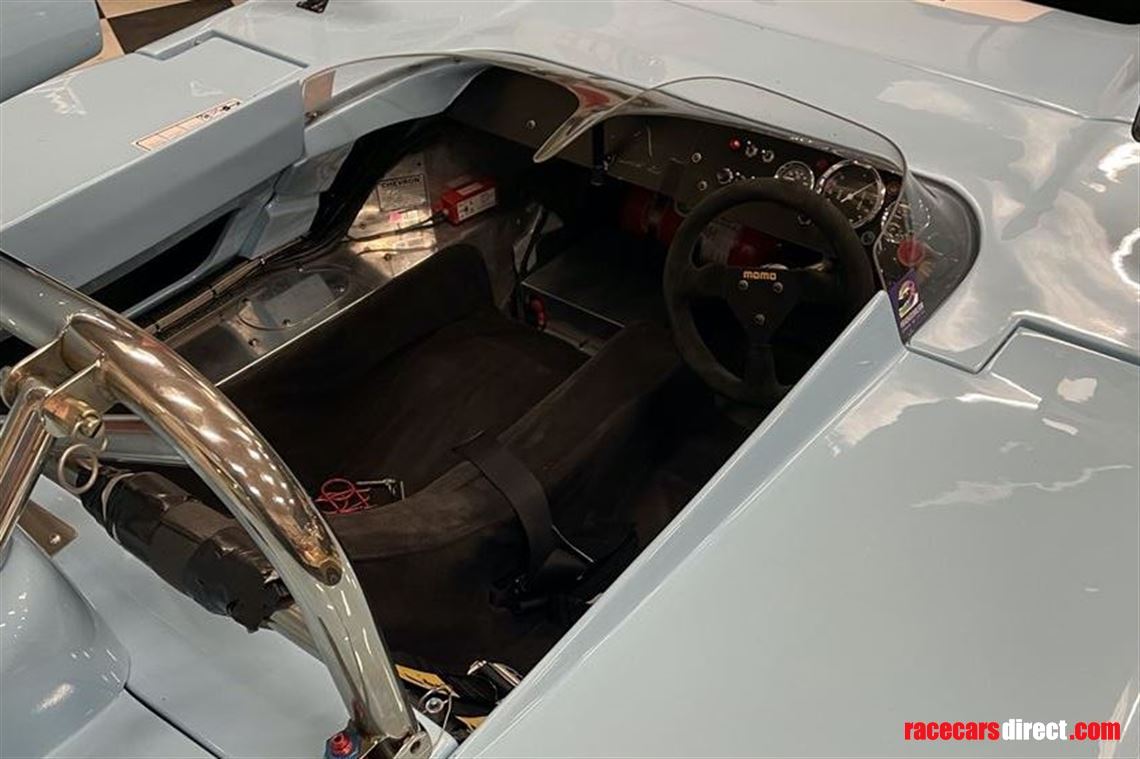 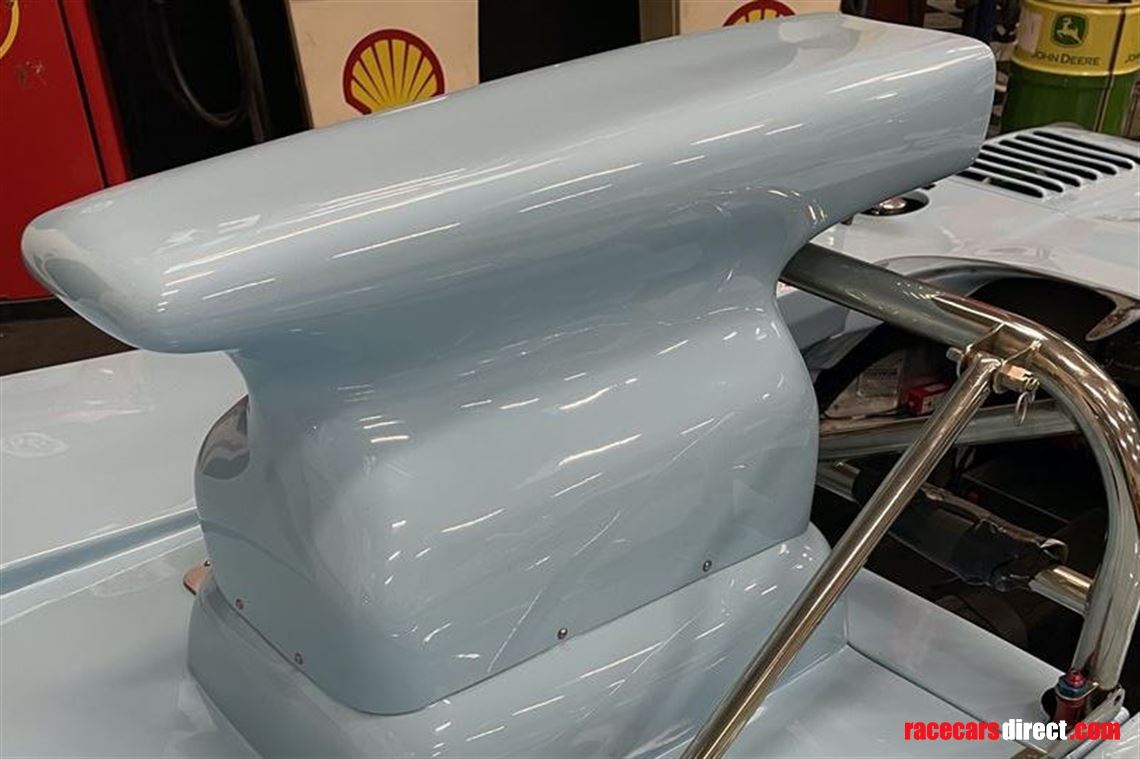 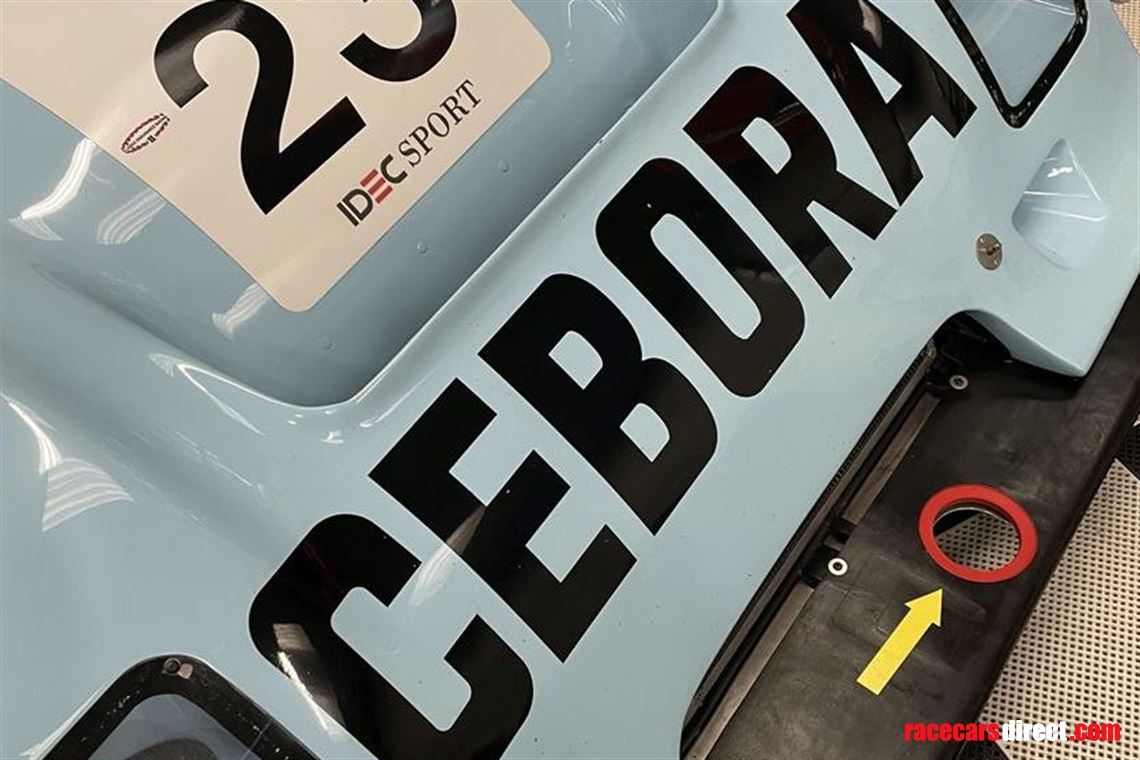 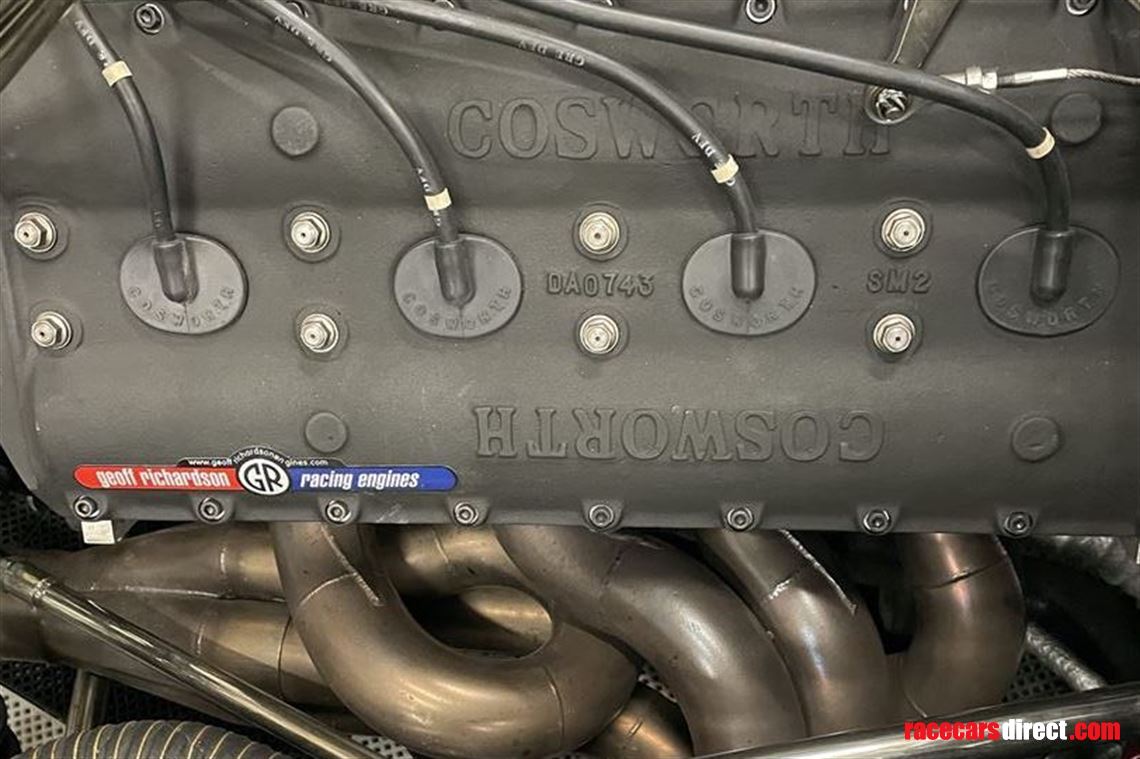 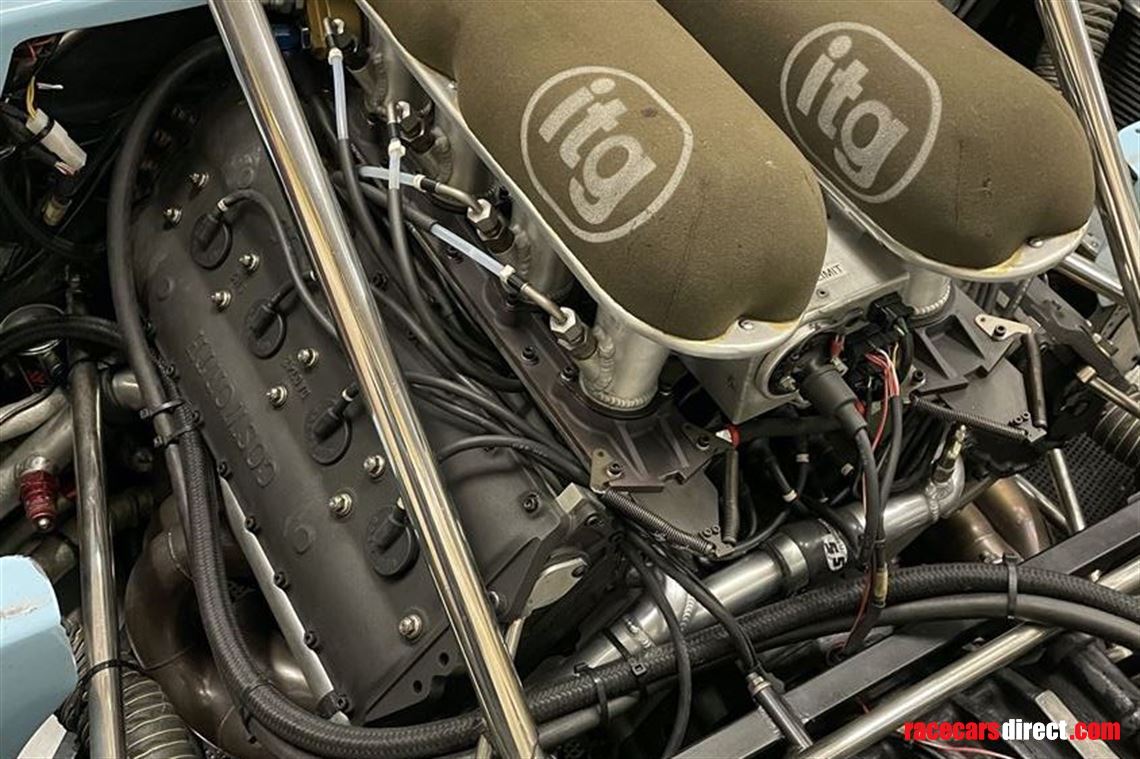 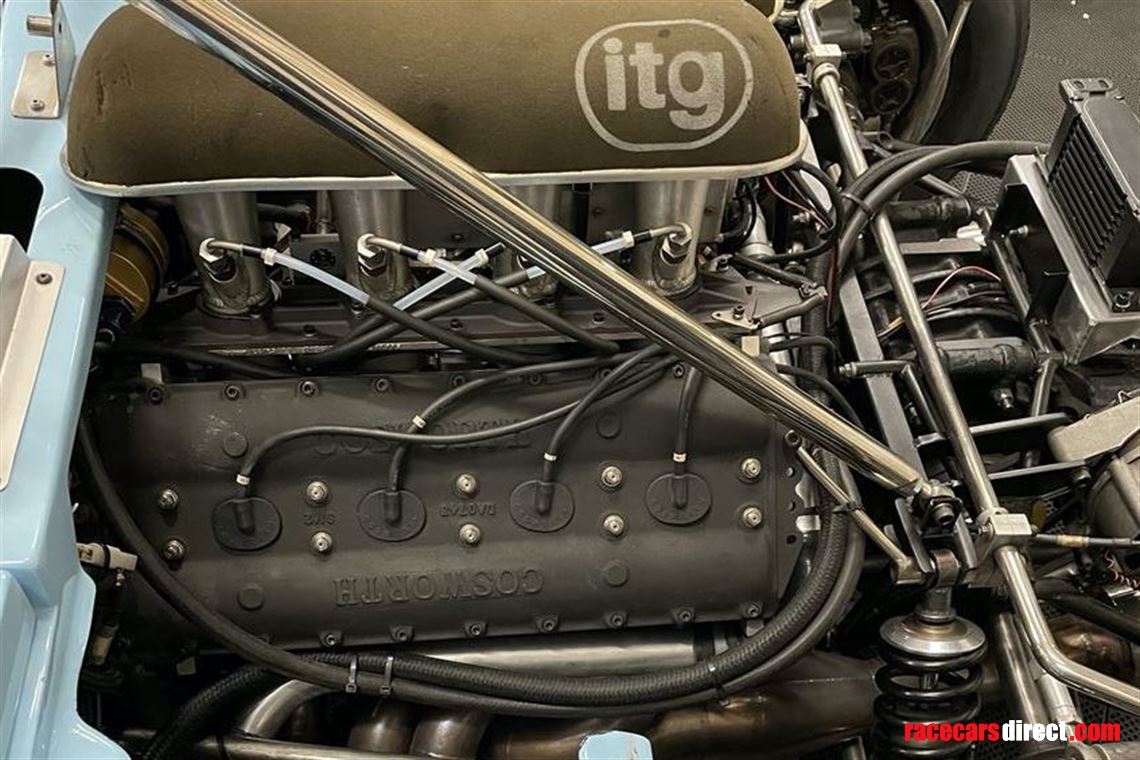 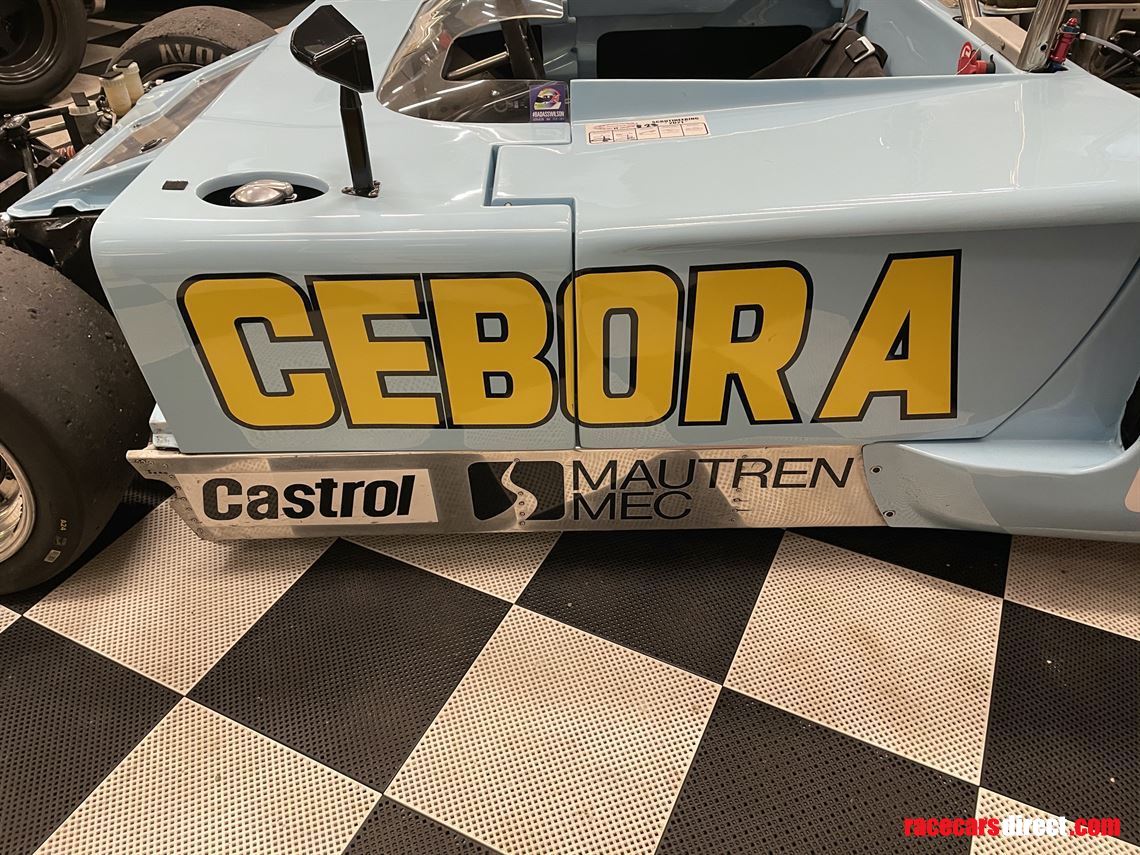 A unique and competitive prototype

In the early 1970s, Lola and Chevron were the two manufacturers fighting a fierce battle in the world of open sports-prototypes (Group 5 and Group 6) with Abarth and Alpine-Renault as referees. The Chevron B23 is a model that bears witness to this era and the constant search for improvement. The model now offered by Ascott Collection has a singular history that is richly documented. An original car, eligible for historic competitions, with excellent potential for victory in Classic Endurance Racing.

The B23, the small sport-prototype that synthesizes the ambitions of Chevron

The Chevron B23, designed for the Group 6 category, appeared in 1973. It was launched the same year as the B26, also intended for sports prototypes, or the Chevron B25, designed for F2 and Formula Atlantic. The origins of the B23 can be found several years back in two models.

The B16 Spyder on the one hand (often referred to as the B16S), which had a body inspired by the Porsche 908 Spyder (and which marked the beginning of a long series of sports cars for the 2-litre class, including the B19, B21, B23, B26 and B31). On the other hand the B6 of 1967 for the reinforced steel chassis base, replaced by aluminium in the B19.

On the original B19, the front end was a separate steel frame - for quick repairs - and the suspension consisted of double wishbones at the front, lower wishbones at the rear and upper links. The engine compartment could accommodate a variety of engines depending on customer needs and intended uses. While most buyers chose to install a Cosworth FVC engine, other rare customers preferred a BMW block.

The B19 was a customer version of the unique B16 Spyder built at Brian Redman's request to compete with the Lola T210s. The Spyder's design was inspired by the Porsche 908/3 that Redman had driven during the 1970 season. The highly successful B19 was followed by the B21 in 1972 with a late season development that resulted in a new front suspension design, allowing the use of lower profile tyres. Several chassis received these developments, while all new cars produced from 1973 onwards were named... B23. This is the case of the car offered for sale today. Chevron has thus evolved its creations each off-season, with an almost identical design, using Derek Benett's very inspired pencil line on the B16.

Chassis 73-21 was sold new to Eris Tondelli, then Chevron importer for all of Italy. The brand's agent had the idea to install a Techno 2000 cc3 flat 8 engine in the prototype. The aim of this association was to enter the car in the European Sports Prototype Championship in 1974. But after tests at the end of 1973, he had to abandon this project. The flat 12 engine from Formula 1, to which 4 cylinders were simply removed, was eventually taken over by Tecno. Ellis Tondelli then decided to go for a Ford DFV V8 engine with 3000 cc. In the meantime, the car received the evolutions planned by Chevron in 1974 and became a B27S, using the bodywork of the B31.

The competition debut was in 1974 in hill-climbing, with a victory in the Garessio San Bernardo (the last edition of the mythical race before a break due to the oil crisis). In addition to the side races, several endurance races are to be noted on the list of achievements of this B23. They are due to Mauro Nesti, the owner of the car from 1974. Sol

In 1982, the B27S was sold to Bernard Tilanus of South Africa minus its engine. Upgraded with b36 bodywork, he fitted a MAZDA 13B rotary engine, a popular unit in South Africa, and racedit in the Kyalami 9 hours partnered with Ian Harrower and graham Duxburry. They finished 12th. The following year, Bernard sold the car to Fred Goddard who raced the car in South Africa until the end of the 80s after which it was placed in dry storage. In 2005, Fred and his son Earl decided to have the car restored as the B27S-DFV but still with ist B36 bodywork. Entrusted to Vin Malkie, the restoration was completed in time for the 2006 Silverstone Classic. This restoration has been very well documented. After Fred passed away in 2009, his son Earl sold the car in 2013 to its present owner.

Prepared to the highest level and ready to race

The current French owner has returned the car to its 1974 configuration and has entered it regularly in Classic Endurance Racing 2 by Peter Auto. Martin O'Connell has dominated the grid on many occasions and won many races in this unique model. The Chevron has just been completely overhauled. The crack test and the tank are valid. The Cosworth V8 engine has been overhauled by G. Richardson and has only been run for 3 hours since its last overhaul in early 2021. This Chevron with its generous and oversized air intake from Eris Tondelli's Chevron B24 F5000 is a unique 3 litre prototype. With a strong track presence thanks to its recognisable light blue/cyan livery and main sponsor CEBORA, it is ready to win again.

Built according to FIA Appendix K, with an updated HTP valid until the end of 2024.