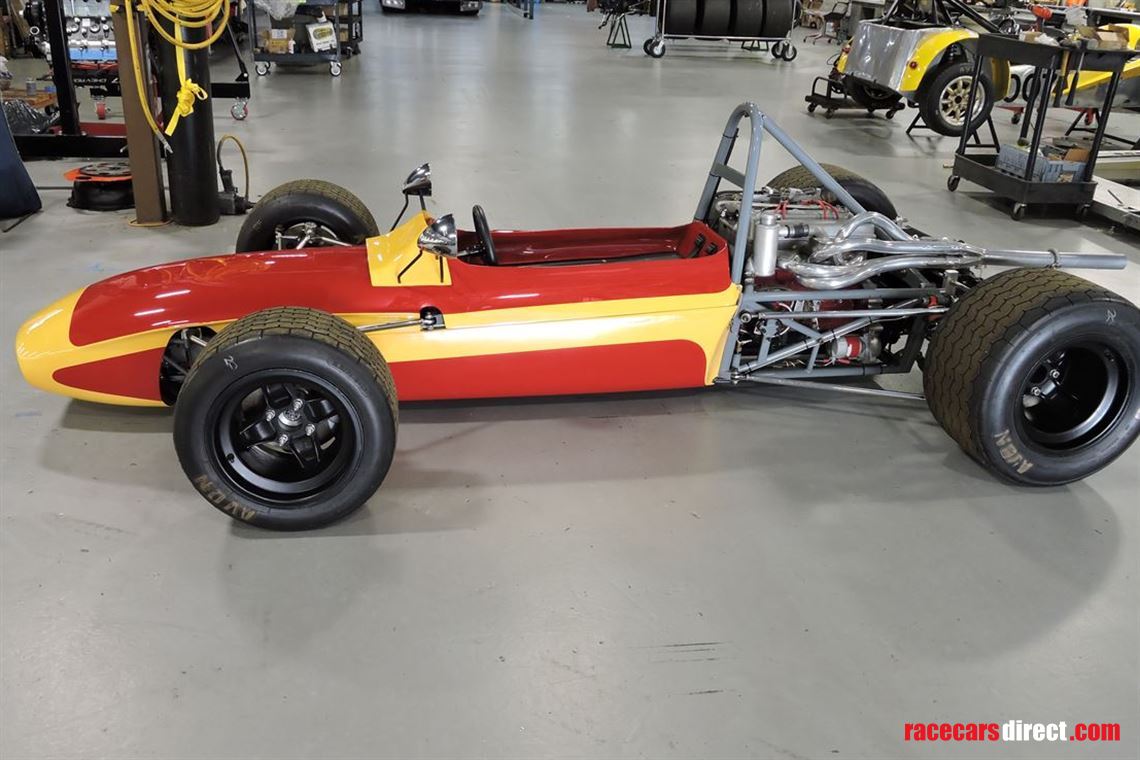 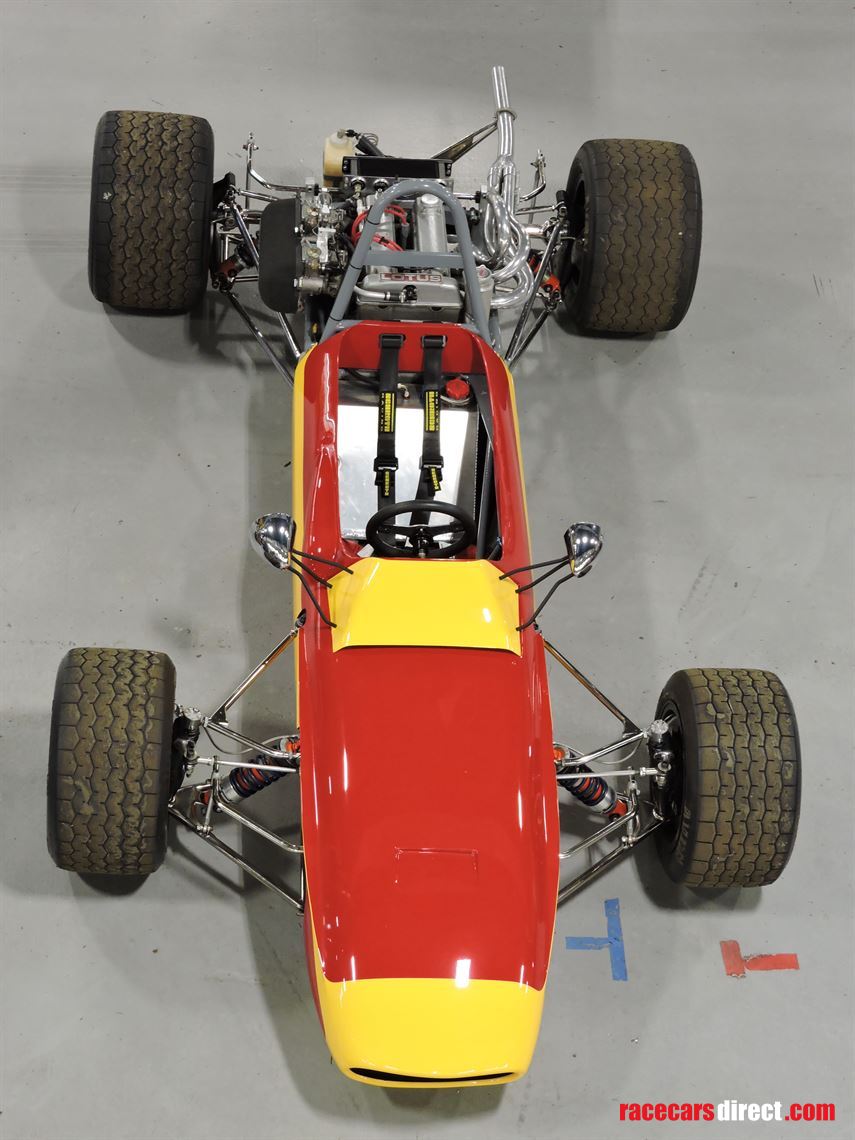 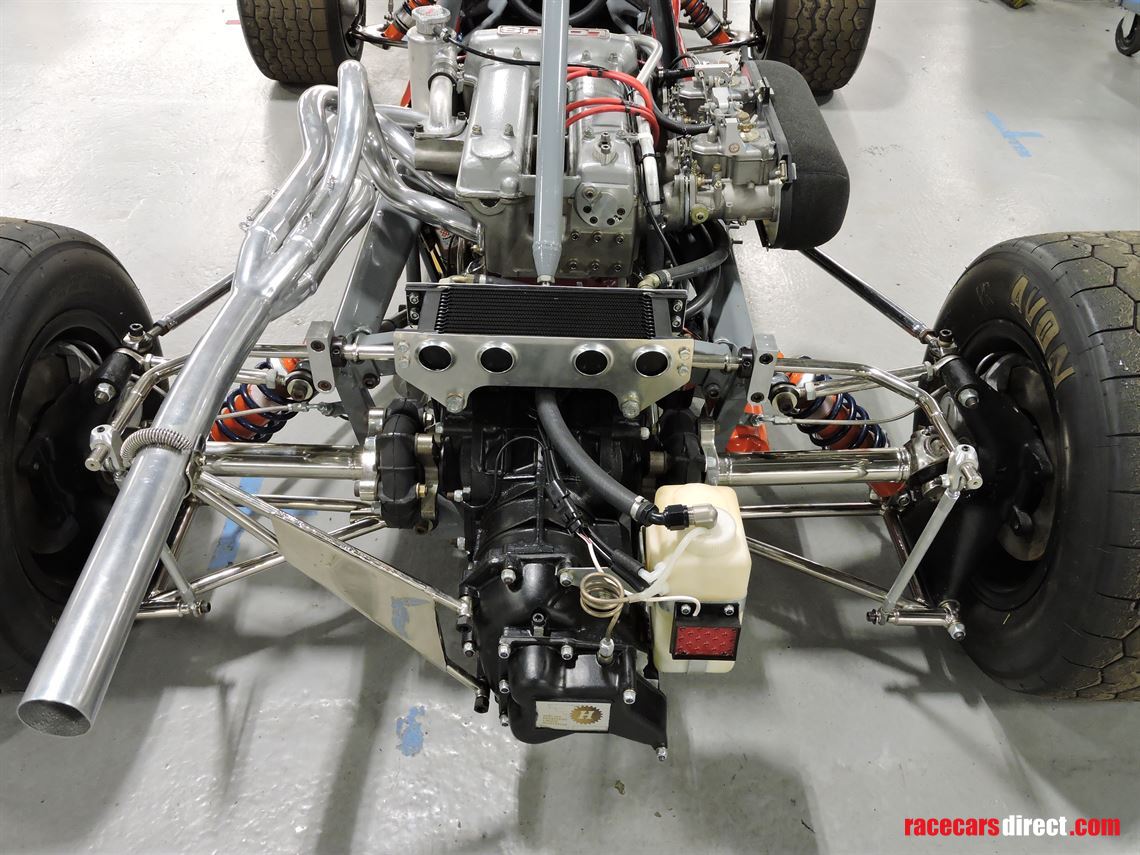 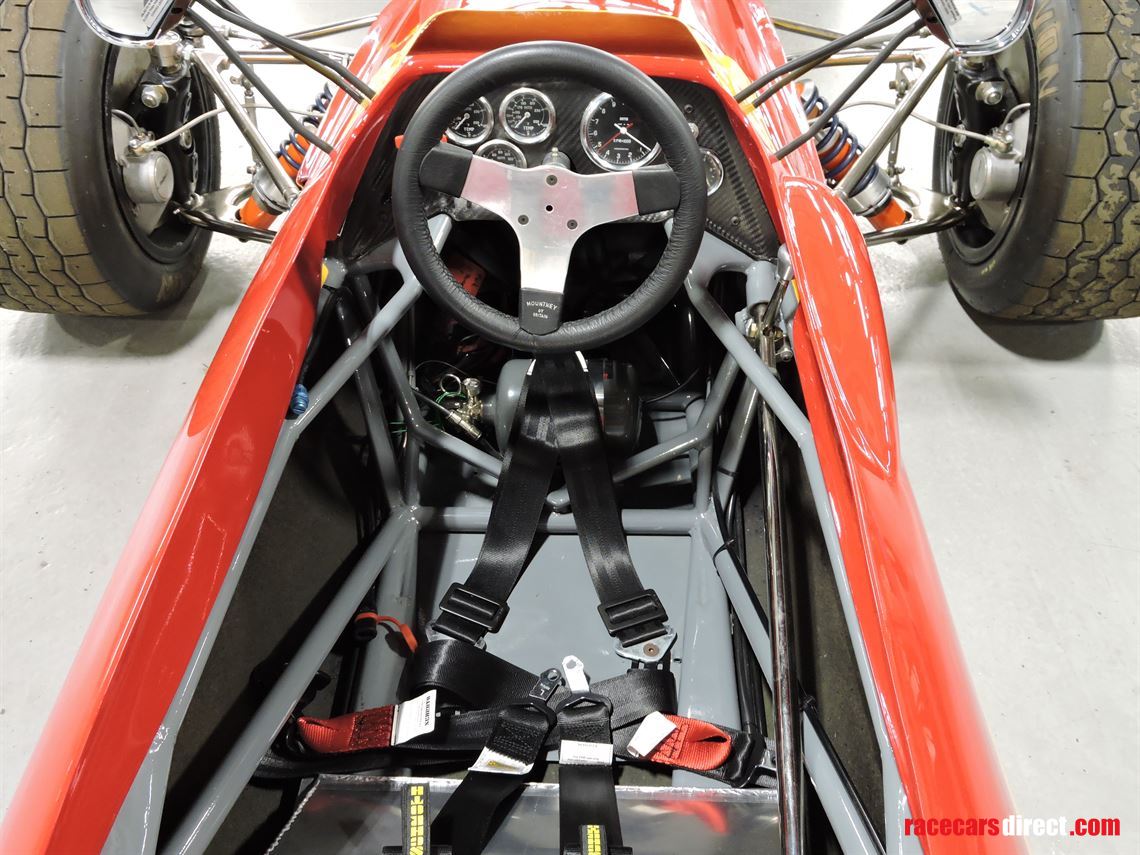 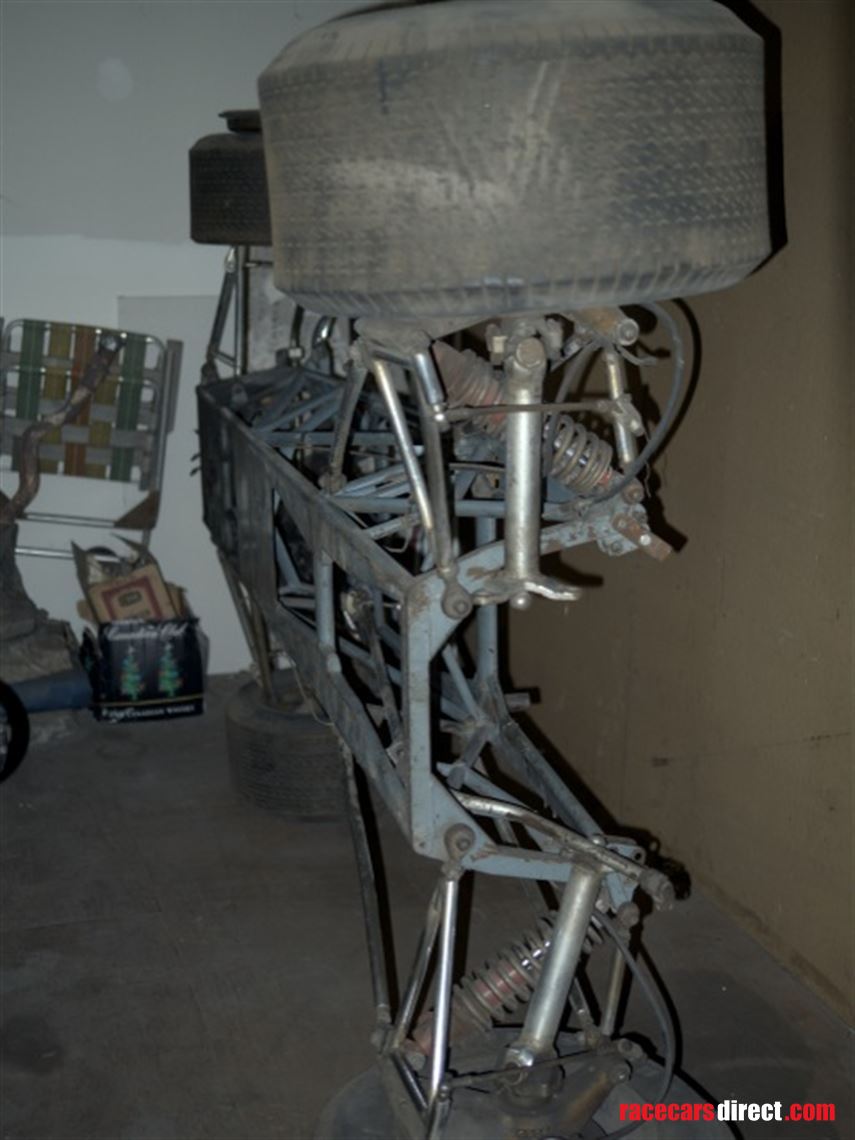 The Tecnos were highly successful in F2 and F3 in the late 1960's and early 1970's. Ronnie Peterson won 15 of Tecno's 30 major F3 victories in 1969, including the prestigious Monaco F3 event. Francois Cevert was another leading Tecno driver, along with Clay Regazzoni who won the 1970 European F2 Championship behind the wheel of a works Tecno.

The particular Tecno offered here is currently in 1600 c.c. twin cam Formula B configuration. It was formerly owned by Bill Rutan. Bill Rutan won the 1969 SCCA National Championship in a Tecno F3/FC. However, the chassis offered here appears to be a used backup chassis that Rutan continued to retain after he sold his F3 Tecno. He kept it for several decades in his loft before selling it to the current owner.

No chassis numbers or identifying marks have been found to date. We do know from Rutant’s correspondence, however, that a researcher in Queensland, Australia advised Rutan that his findings indicated the Tecno was originally an F3 car. Rutan responded that if it was an F3, “It’s had a lot of upgrades.”  Unfortunately Rutan is no longer with us to further assist in tracking down the car’s earliest history. Posted here is one of the many photos we have of the used Tecno taken while Rutan had it stored in his loft.

The Tecno Register references this car as follows:

“One of FB raced in period in US. Bill Rutan owned as a roller until recently. Chassis# seems not assigned new.”

What we do know is what happened to the Tecno after Rutan sold it to its current owner. It received a full, frame up, restoration.

It is noteworthy that this Tecno is a part of an extensive collection of multiple historic F1 cars, F2 cars, Formula Juniors, sports racers, IndyCars, and more. Each is restored and maintained to the highest standards. These cars race at Monaco, Goodwood, the Le Mans Classic, the Monterey Reunion, the Velocity Invitational, and other prestigious events worldwide. They also consistently run at the front. The point is that the Tecno was restored to a standard, not a budget. It was also done by a well known and respected pro shop.

The Tecno is currently located in the Northeast U.S. We are happy to assist with shipping domestically and worldwide.

The Tecno qualifies for Monoposto racing virtually everywhere in the U.S., including groups such as SVRA, CSRG, HMSA, VARA, SOVREN, and others. It will also qualify for the U.K.’s Historic Sports Car Club (“HSCC”) Historic Formula 2 Championship in the Class E, Jim Clark Trophy category. Of course Tecnos are welcome by other organizations and other venues worldwide.

We think this is an amazing opportunity to get a professionally restored iconic Tecno from the late 1960’s era of classic formula car racing, and for a bargain price. We can show you over $120,000 in receipts spent on this car to get it to its current level of preparation. You can buy it for less than half that.

For many more photos and additional information, please go to the website link at the bottom of this listing.

We think someone will complete the livery on this Tecno and and that it will be a show-stopper in the paddock, much as the works cars were back in the day. It will also be a race winner, by design, and by its current state of preparation. Some lucky soul may even track down its early history. That would be the icing on the cake.