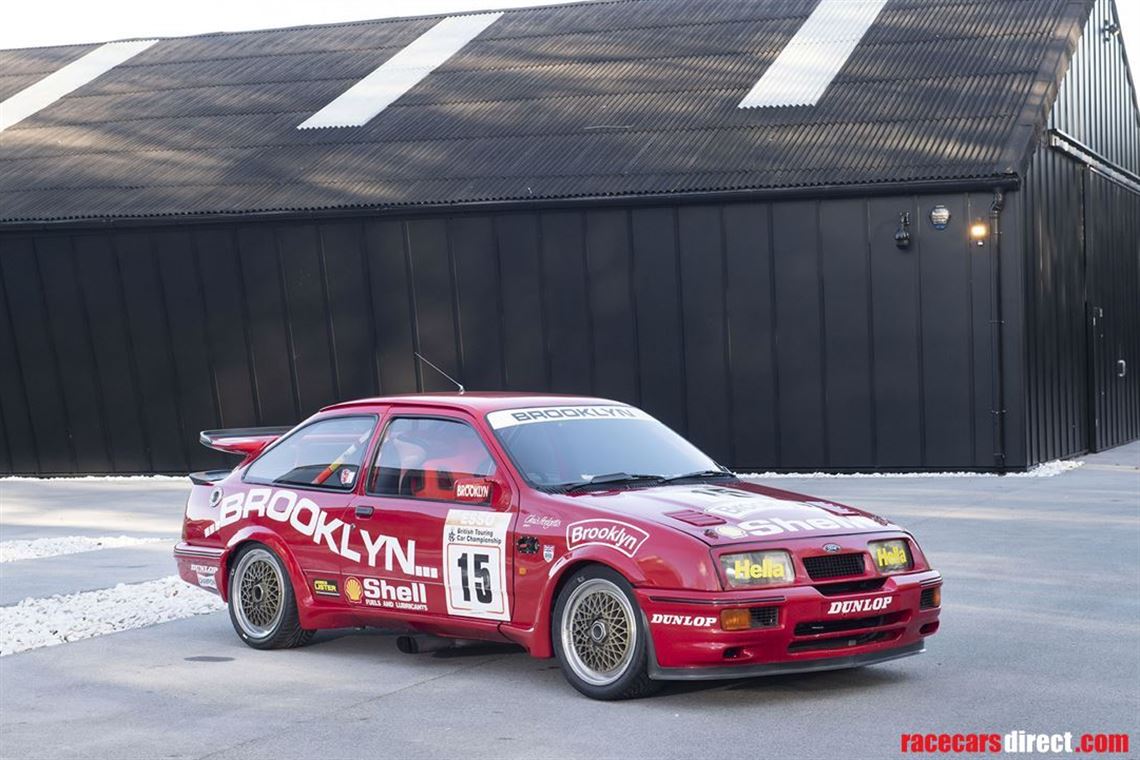 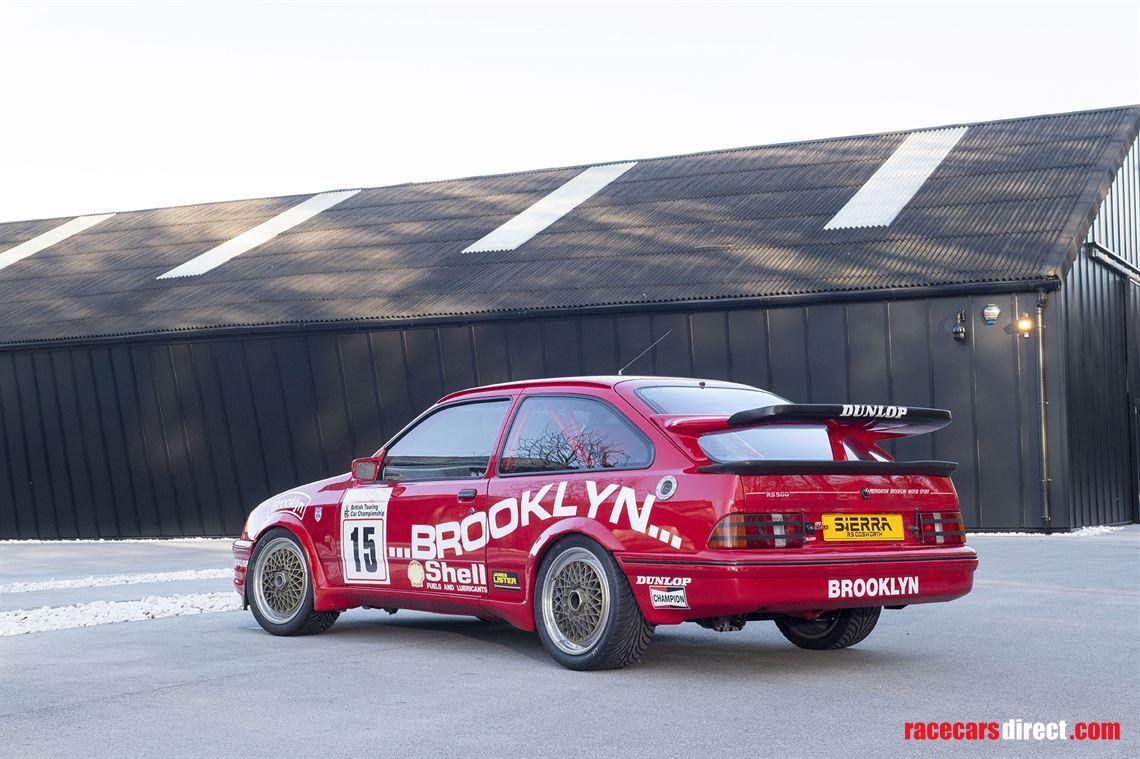 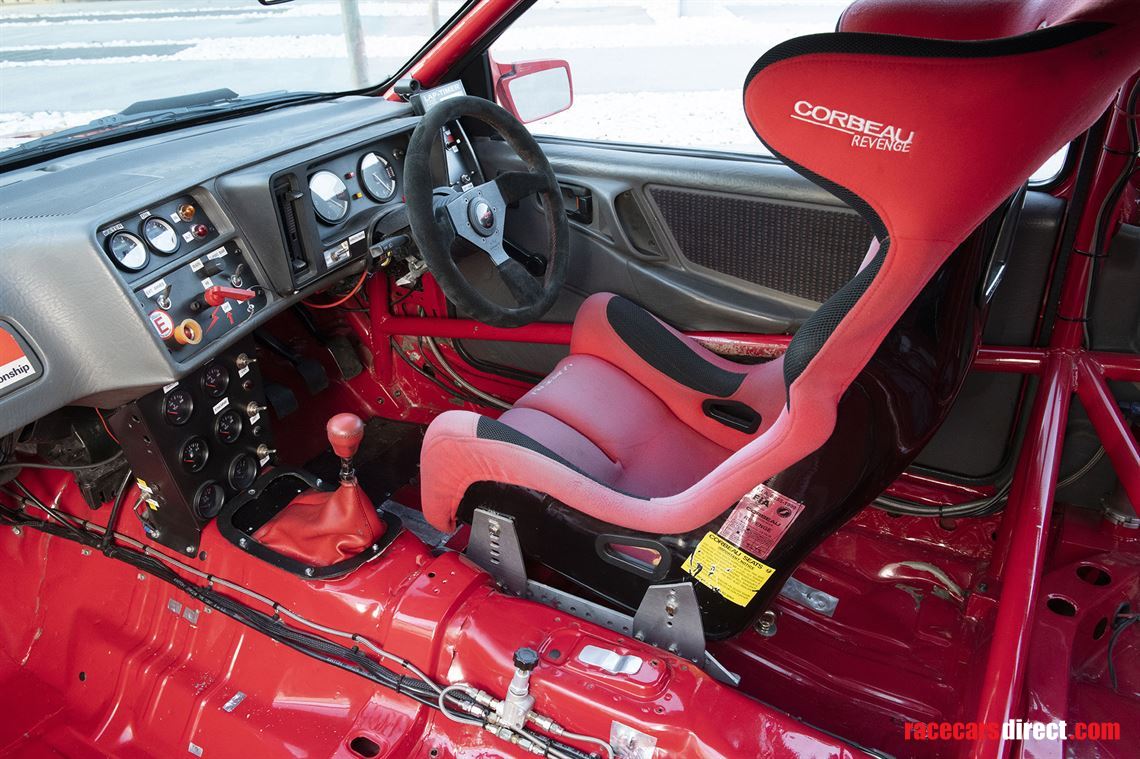 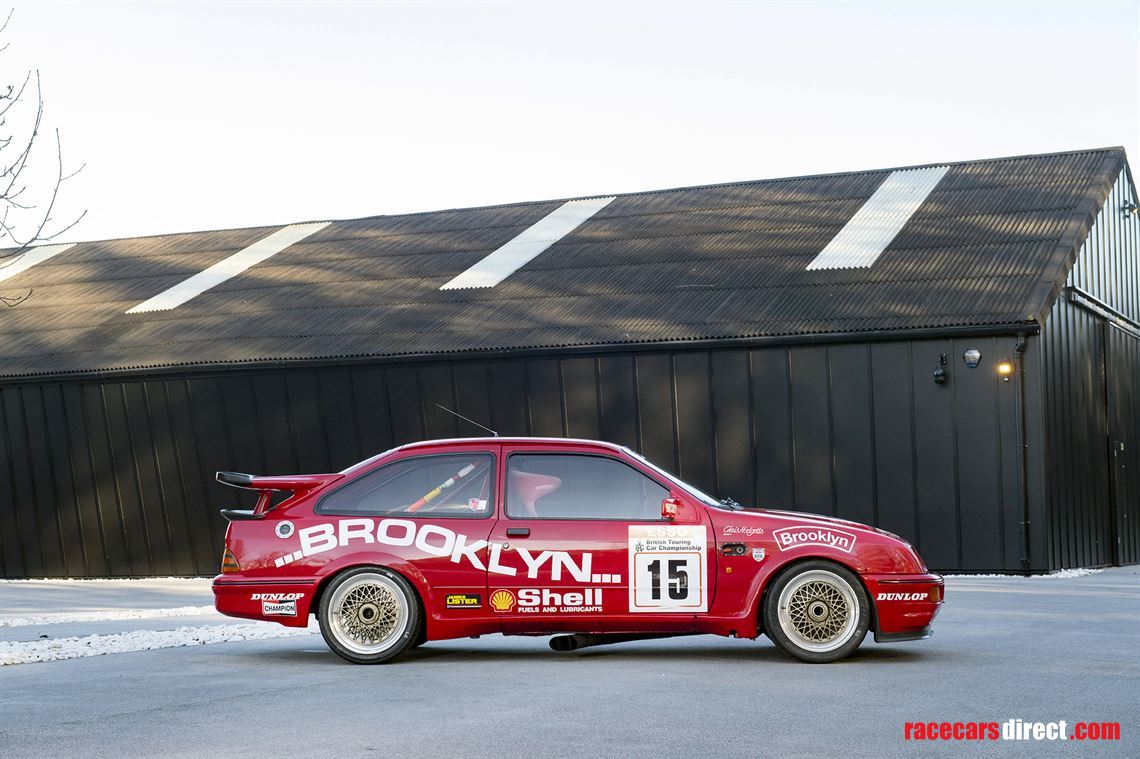 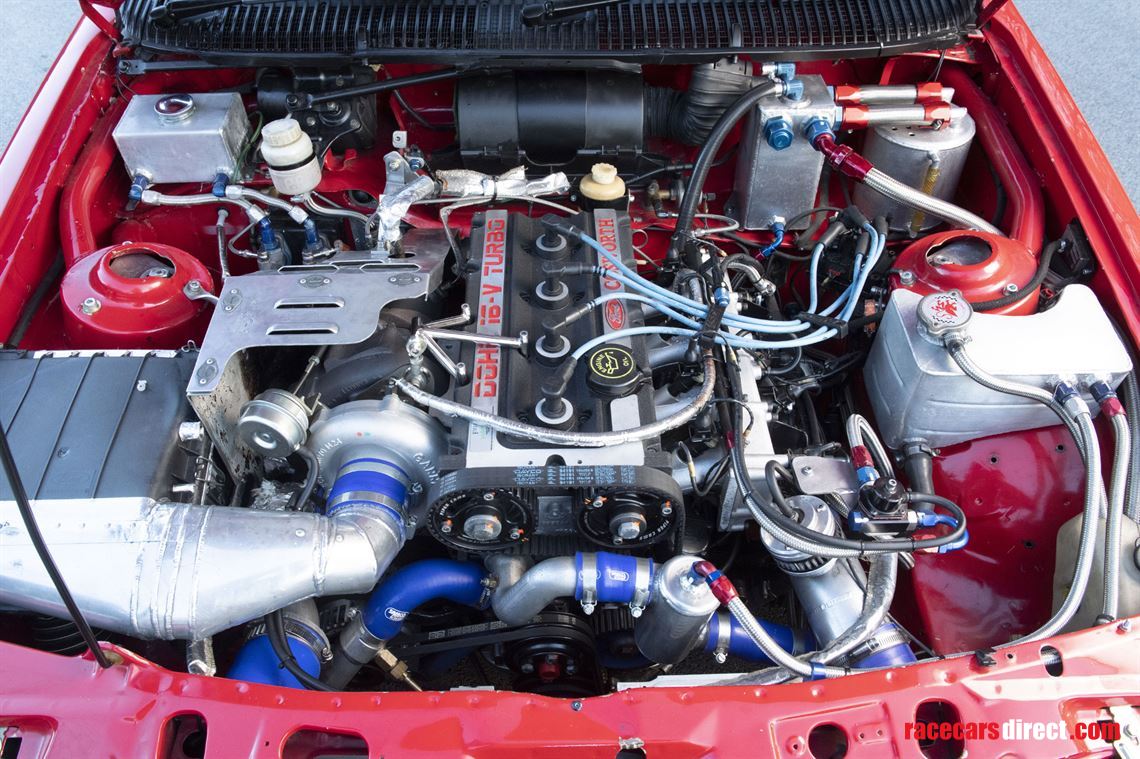 This incredibly original and unmolested Group A RS500 competed in 1988 and 1989 British Touring Car Championship seasons in the hands of lead-driver Chris Hodgetts and was built from scratch by Dave Lampitt's Brooklyn Ford Team.

Showing huge pace at times in 1989 (3rd overall at Donington and keeping pace with the Texaco Eggenberger car of Soper and Kaliber car of Rouse), and under the stewardship JQMF Engineering, Hodgetts was one of the drivers to watch in BTCC, not least for his very dramatic driving. Hodgetts would share the Brooklyn Sierra with drivers such as Gerett Van Kouwen, Pierre Dieudonne and Tomas Mezera, before it was retired from active racing, remaining completely untouched for decades.

When the current owner purchased the car, it was still in beautiful original condition, including original stickers, and thankfully he chose to keep it like that cosmetically - simply giving the car a very thorough mechanical rebuild, ensuring all parts are to the absolute ultimate modern-historic specification. And of course all safety equipment.

'The Brooklyn Sierra' is a wonderfully original survivor from one of the most outrageous and iconic eras in touring car racing. Never will saloon cars be wilder than the flame spitting RS500s, and now there is a place to race them, and win in them again - for those wanting to win Motor Racing Legends' fantastic HTCC Series, whilst in a warrior that has battled with all the greats of the 1980s, this is the car.

The original Sierra Gr. A driven by Auriol to win twice the FRC