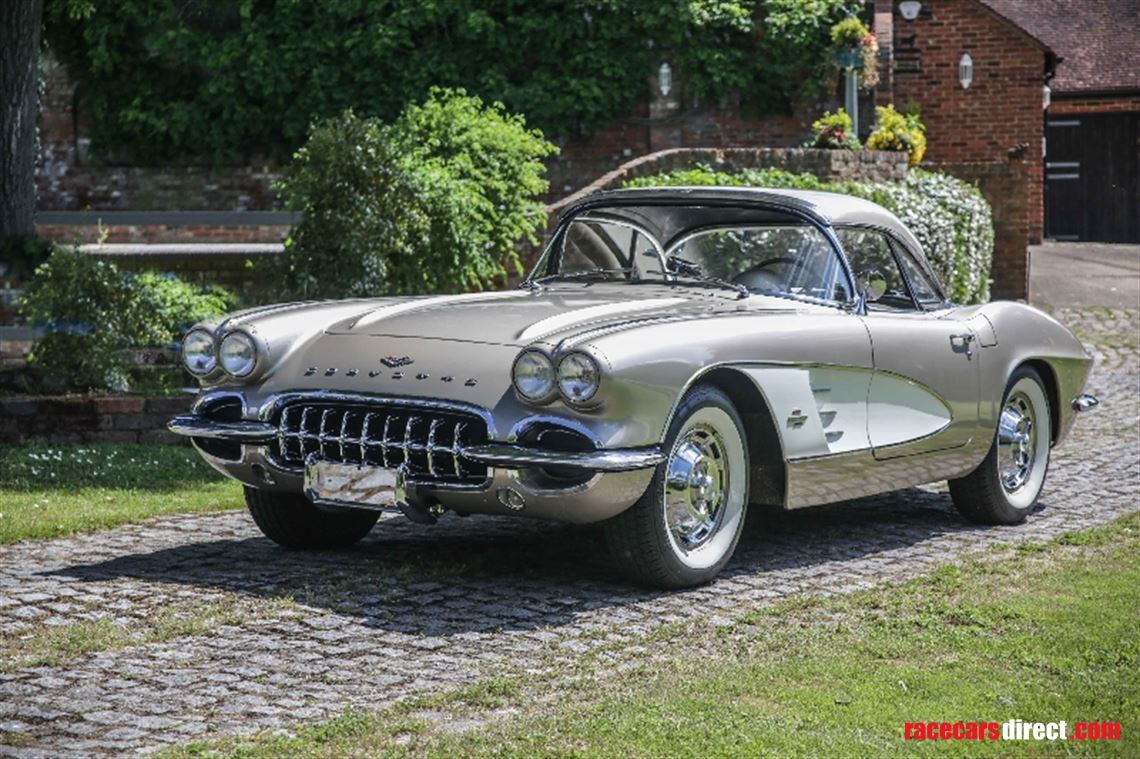 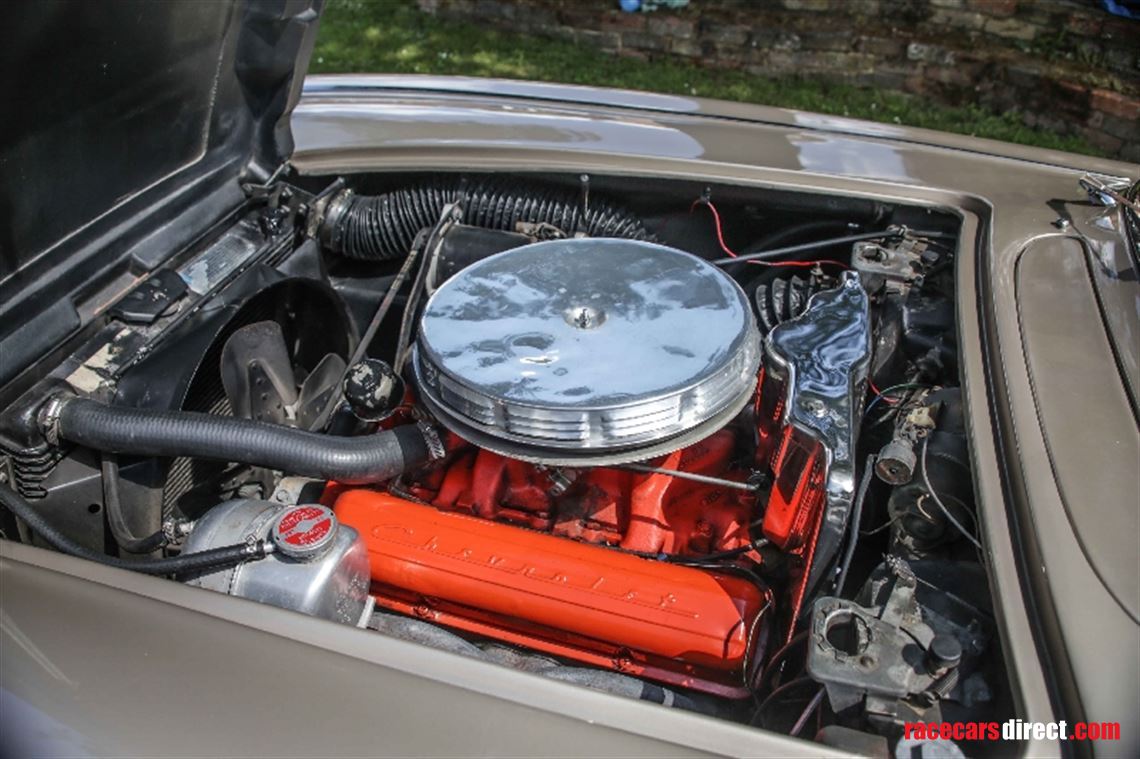 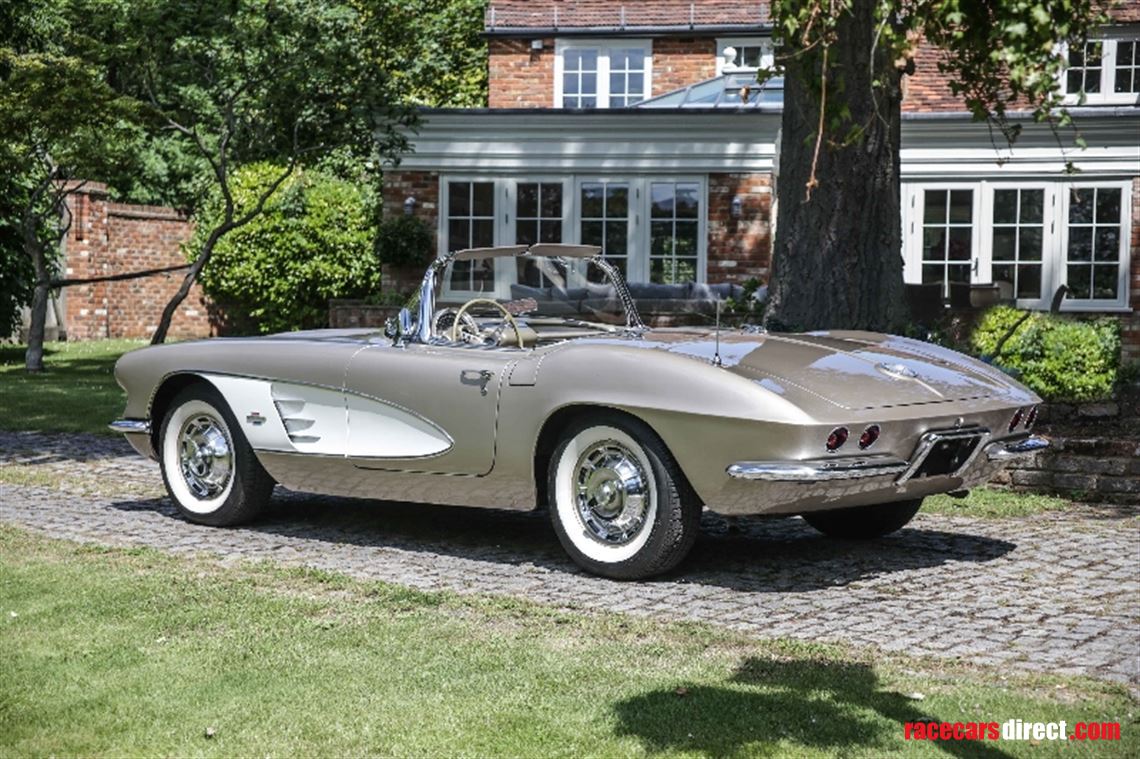 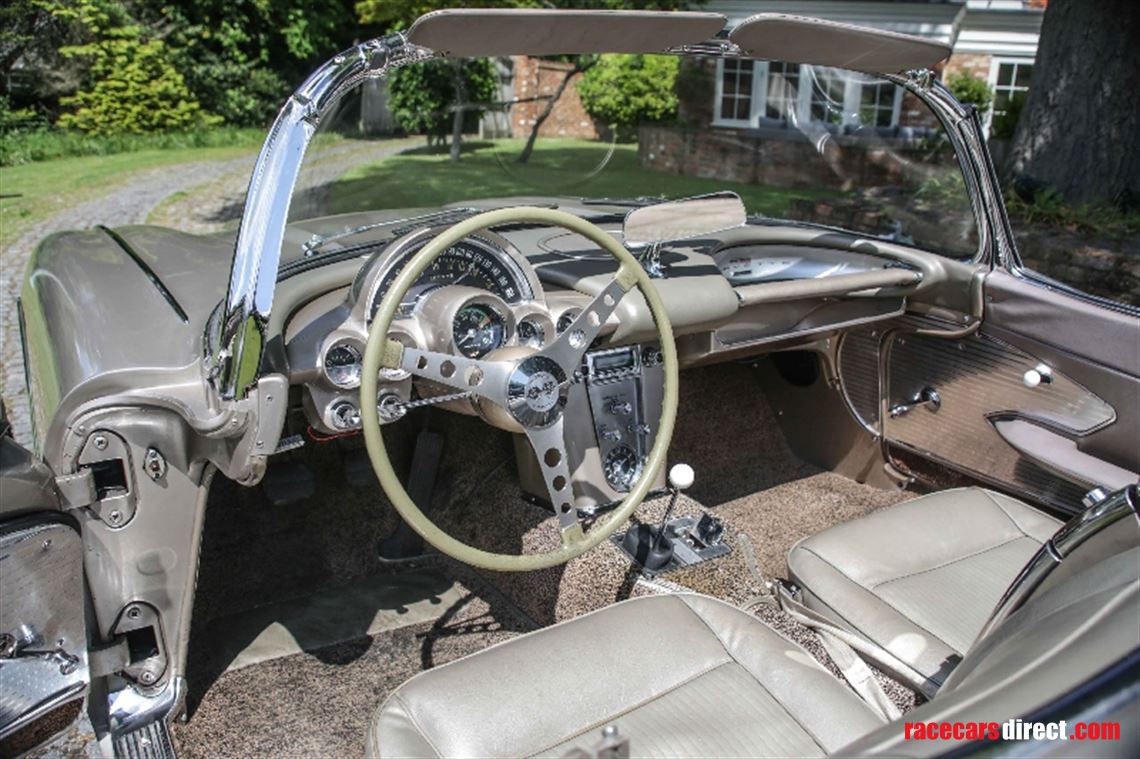 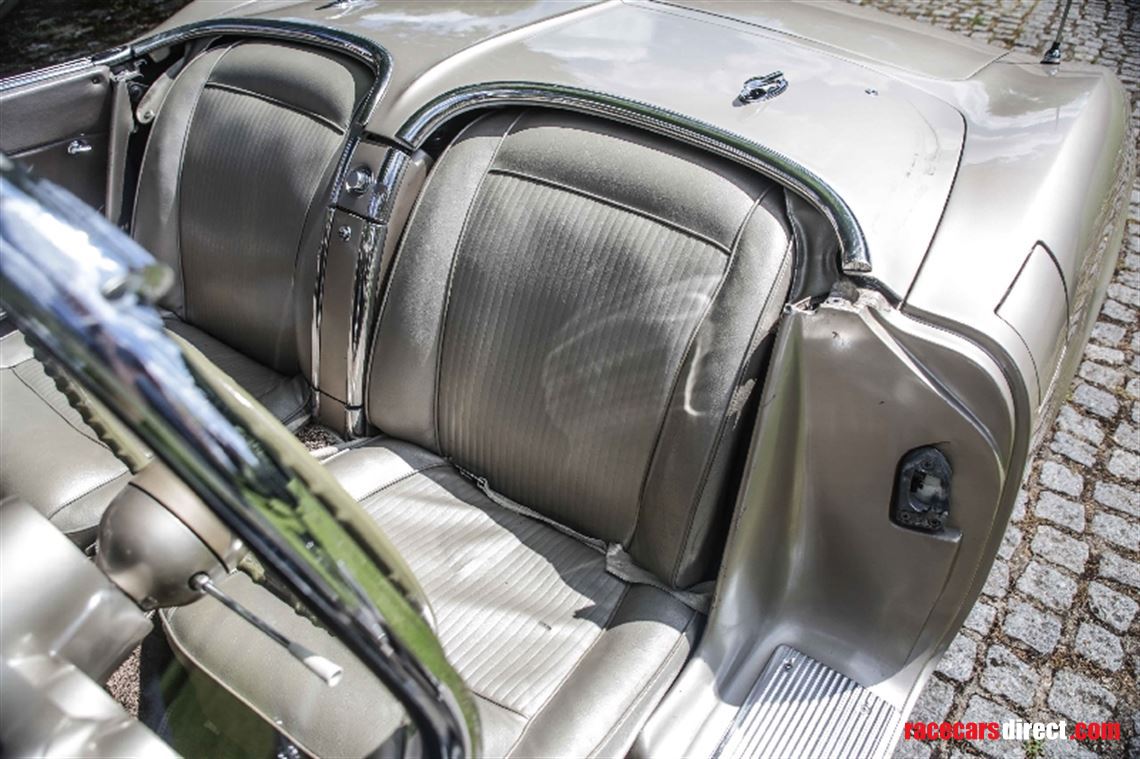 Designed initially by Harley Earl in the early 50’s after he had managed to convince General Motors that they needed a 2 seater sports car in order to compete with other manufacturers. The first Corvette appeared in 1953 and the name Corvette was derived from the relatively small and manoeuvrable Frigates that had accompanied the aircraft carriers during WWII.

This 1961 Chevrolet Corvette C1 was built in the penultimate year of production of the C1 and within the last 18 months it has been imported from the previous German owner who appears to have taken extremely good care of it. The specification includes the desirable 4550cc Chevy V8 engine breathing through a four barrel Holly carburettor and the engine is in perfect tune.

Finished in Light Champagne with the distinctive white side flash, complimented with acres of excellent chrome plating and a pale beige interior. It has the desirable manual 3 speed manual gearbox and a very rare hard top in perfect condition. Not what we are normally renowned for having available but we could not resist this one as the condition alone will sell it. Very realistically priced for one in this condition at £69,500