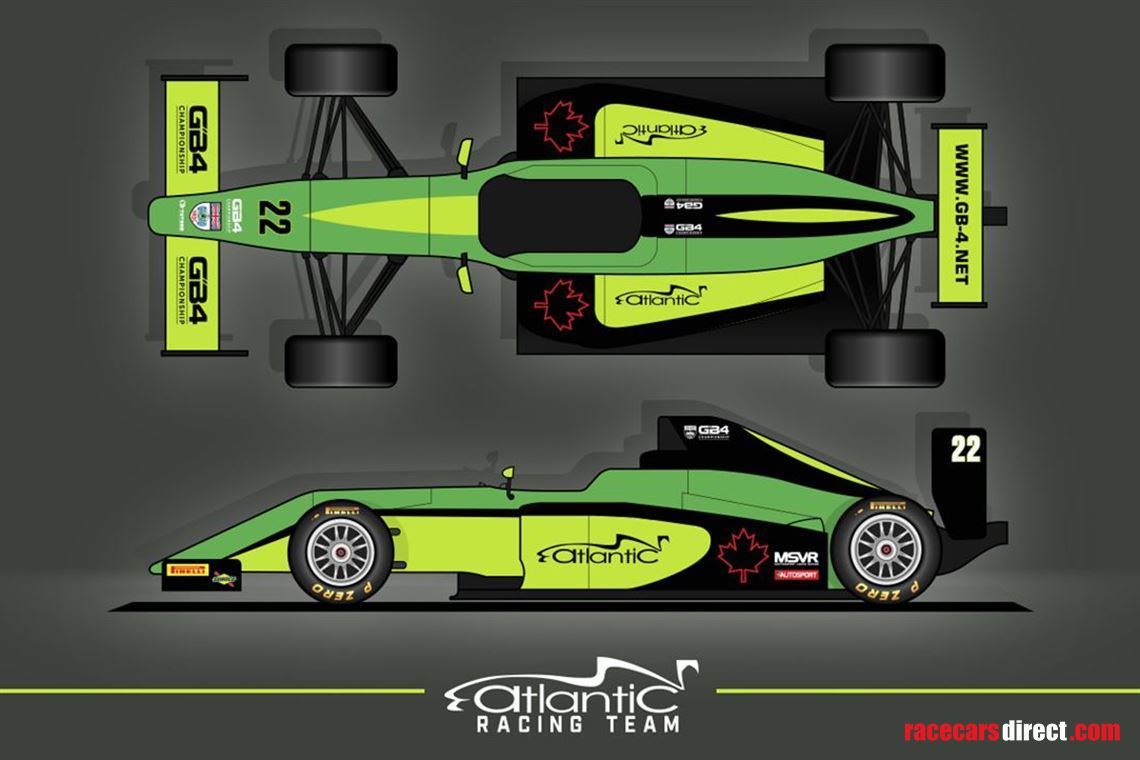 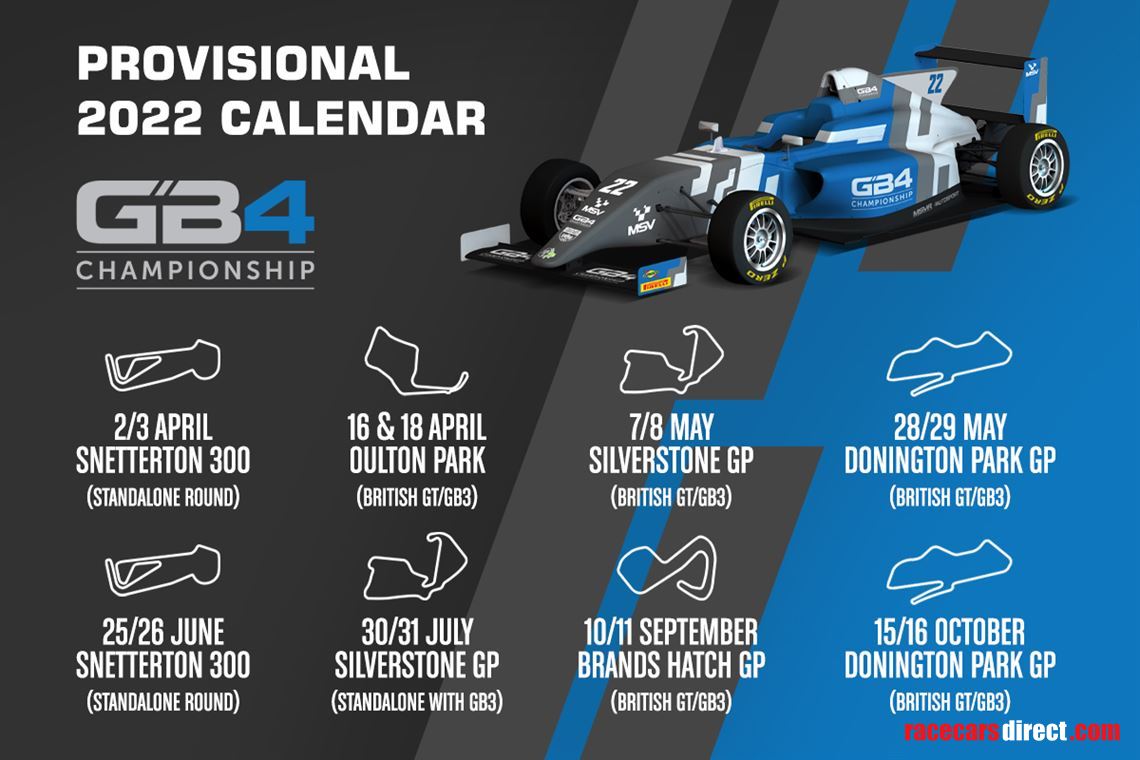 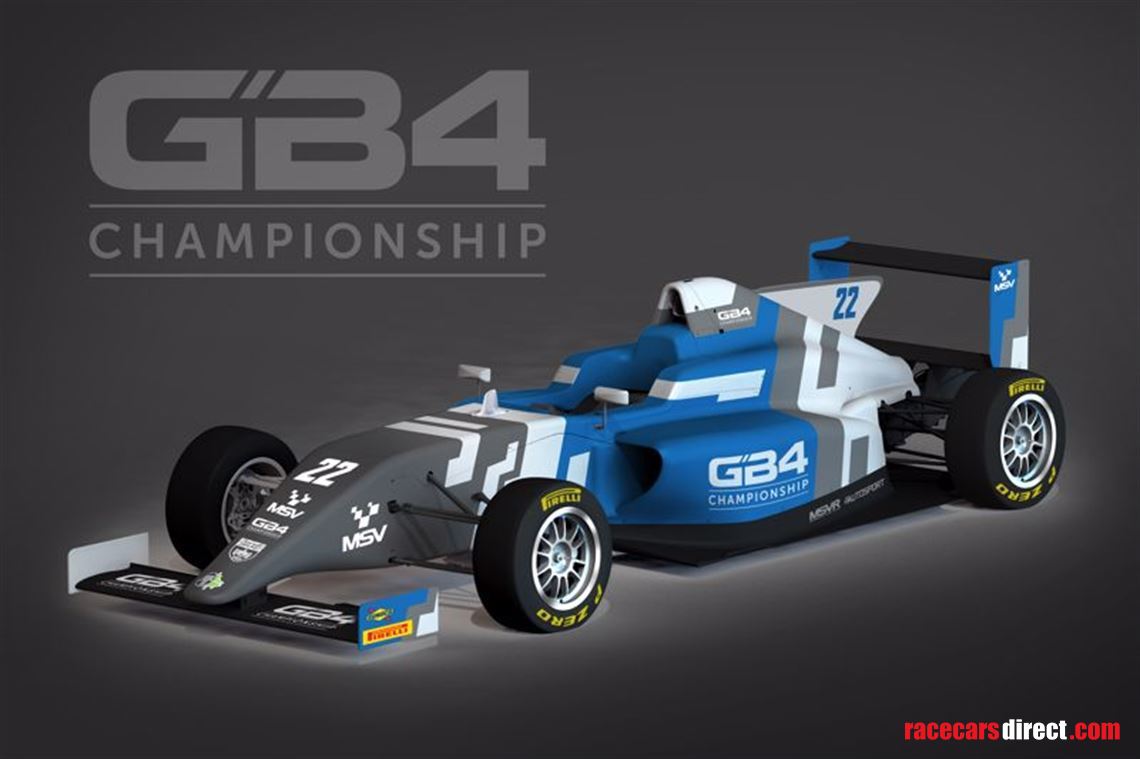 Atlantic Racing Team is now searching for another driver in their 3 driver/car venue, participating in the newly formed MSVR GB4 Series for 2022. The Tatuus F4 is a perfect beginner car for young drivers wanting to get into the highter rung of formula racing.

Winter testing can be held either in the south eastern USA, Spain or once weather permits, in the UK.

8 race weekends and lots of testing will give the driver plenty of seat time with professional coaching in excellent maintained Tatuus F4 TO14 cars.

Please feel free and email or call us anytime

|Published 5th November 2021
The GB4 Championship in Partnership with the BRDC has attracted its first international entry in the form of Canada’s highly experienced Atlantic Racing Team.

The Halifax, Nova Scotia-based operation has purchased three Tatuus F4-T014 cars from Europe, including chassis from Prema, and GB4 will be the basis of the team’s return to racing after a two-year hiatus.

Atlantic Racing Team was founded in 1989 and has competed in Formula Ford, Formula BMW, Formula 2000, Formula Renault, Indy Pro and a number of GT and Prototype categories over the last three decades, racing across North and South America, plus Europe and Asia.

Now the team intends to race full-time in the UK with a headline GB4 campaign, and is already scouting potential base locations, as well as opening discussion with prospective drivers.

Team Manager Ingo Strackerjan commented: “We are very happy to once again enter a top-notch and professionally operated junior series. We selected the UK GB4 series for 2022 and beyond for that exact reason!”

“We are considering a location and discussing details for our UK base, as we did previously in Europe and Asia. With Halifax being only a 5-hour flight from the UK, it will be easy travelling.

“Our strength was always to get young karters successfully into motorsport and to connect them with international teams once they have shown solid driving talent.

“Our choice to go to the UK and with the GB4 series is based on the chassis and engine knowledge, as well as budget requirements as a junior series. The access to sufficient historical data for the car, as well as being proven technology, will help to control costs for any GB4 driver in 2022. This may also attract other international drivers with limited budgets.”

MSV Chief Executive Jonathan Palmer said: “I’m delighted that our new GB4 Championship partnered by the BRDC has already attracted international interest and it’s terrific news that Ingo Strackerjan and his Atlantic Racing Team have elected to join the grid. GB4 offers superb value to competitors, not just to entrants here in the UK but also to overseas teams and drivers and this announcement really highlights that. To have a Canadian team commit to the series already demonstrates the strength of the package we’re offering.

“This is a tremendously exciting time, with 11 teams already actively pursuing a 2022 GB4 entry and I look forward to seeing how the grid shapes up over the coming months.”

Drives available in the 2022 Praga Cup with championship winning team