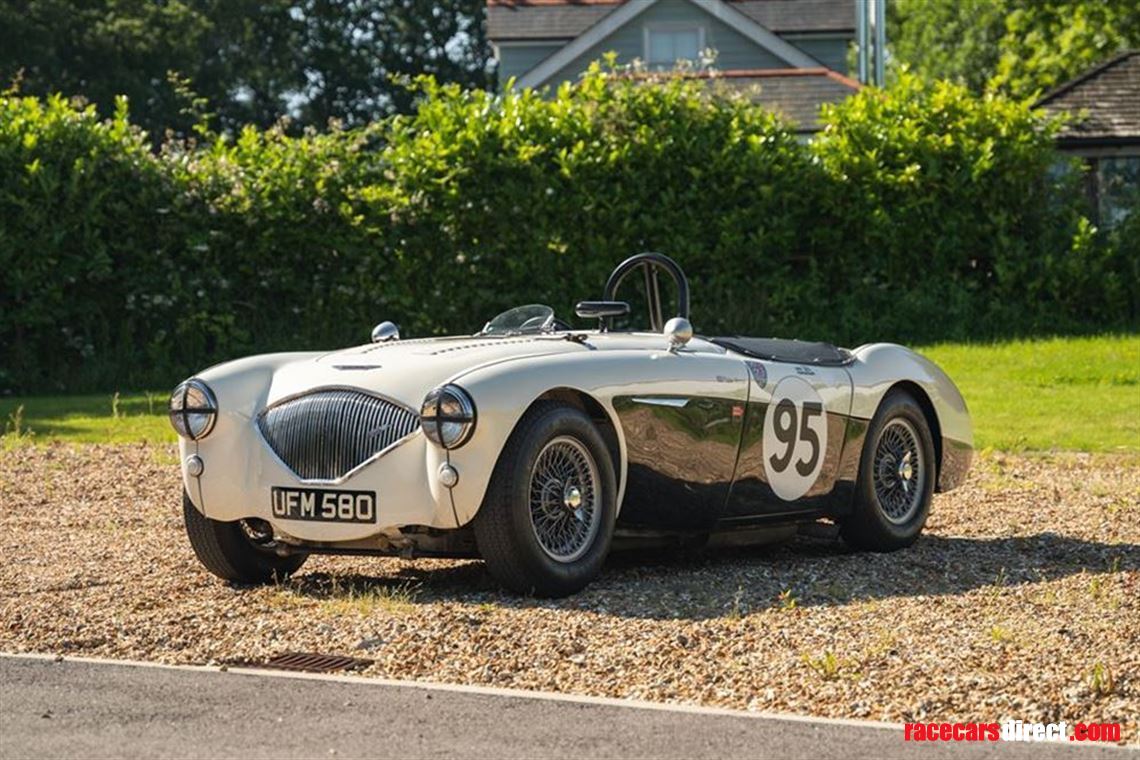 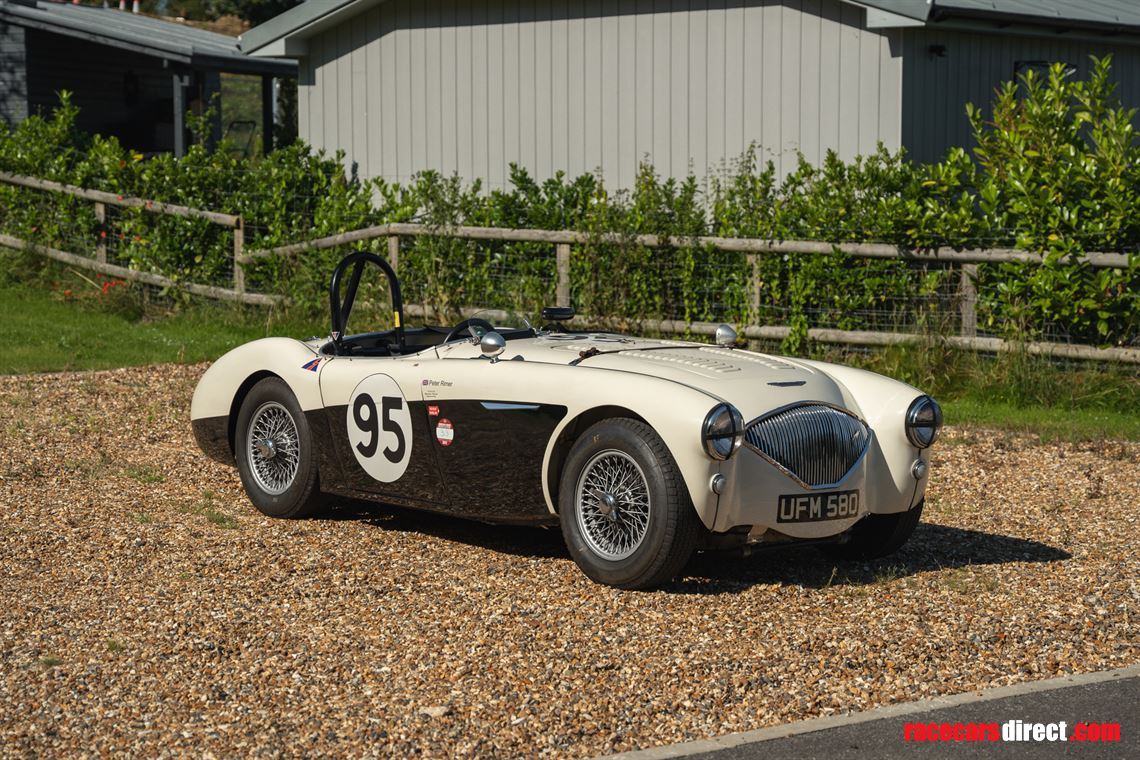 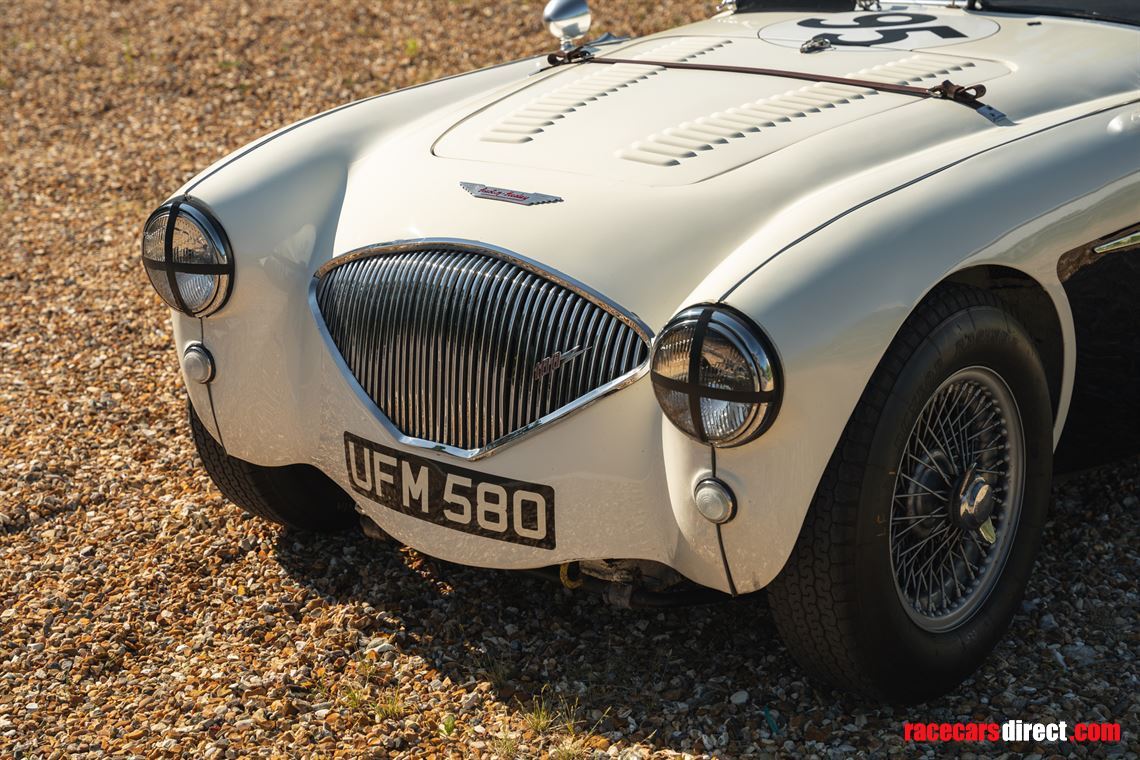 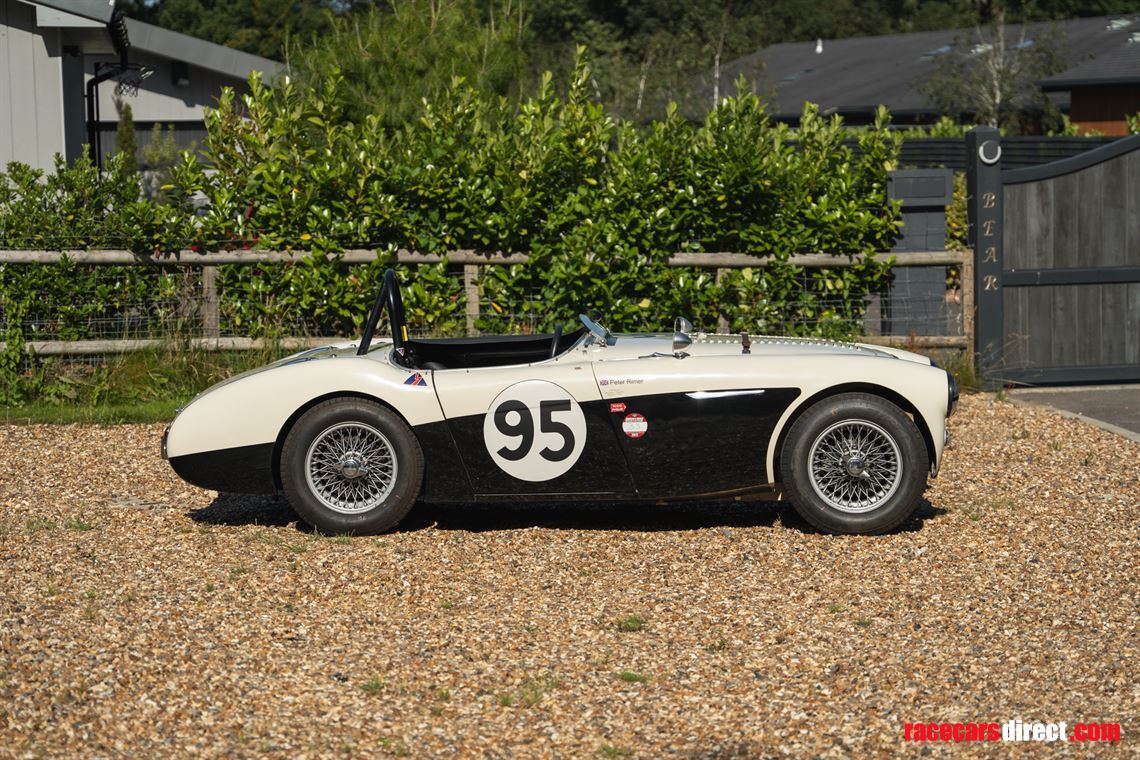 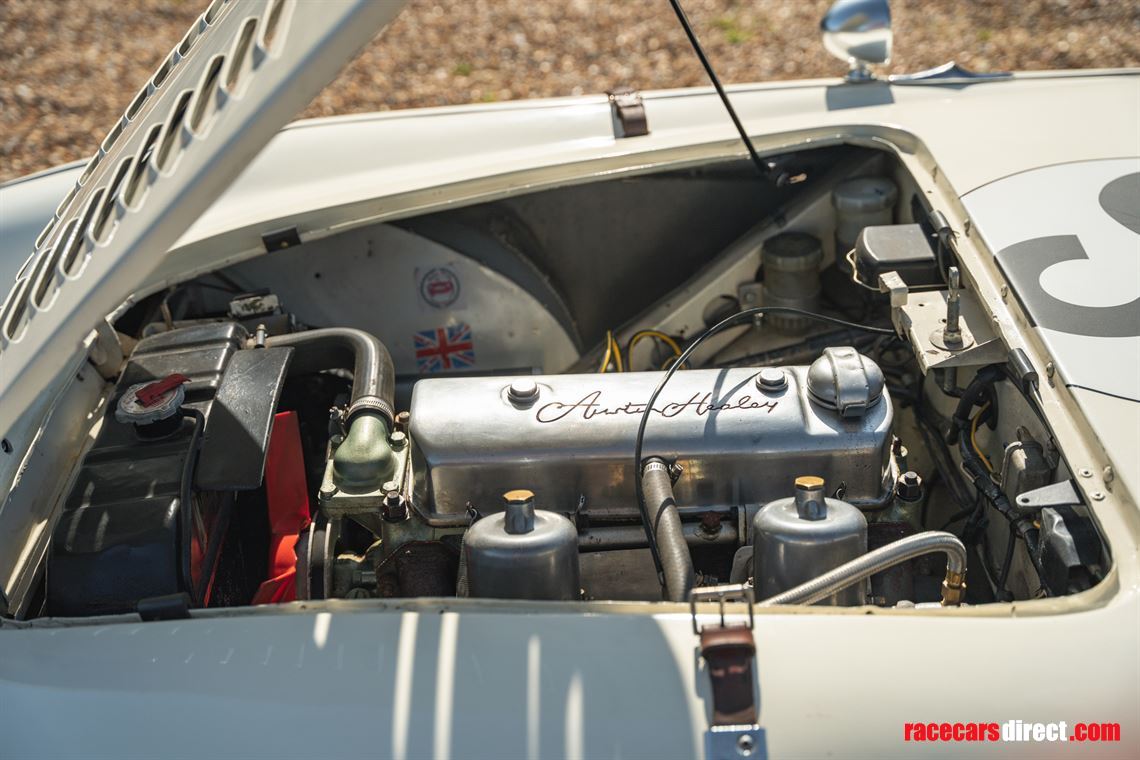 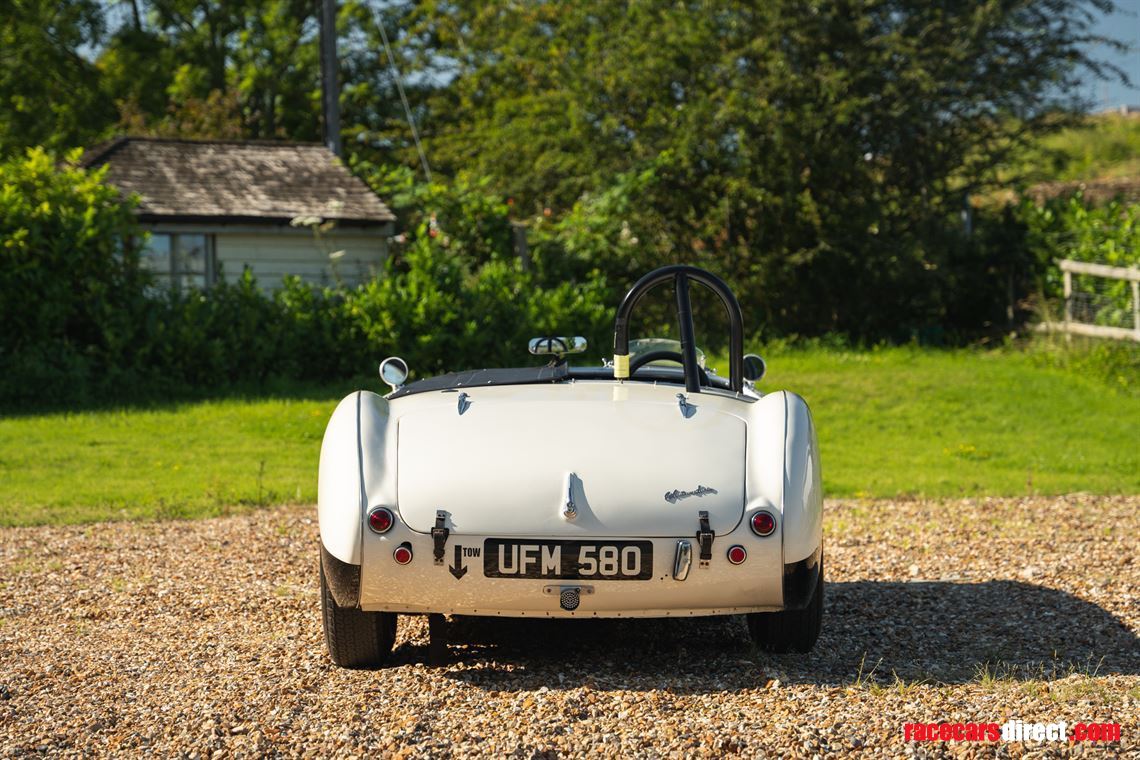 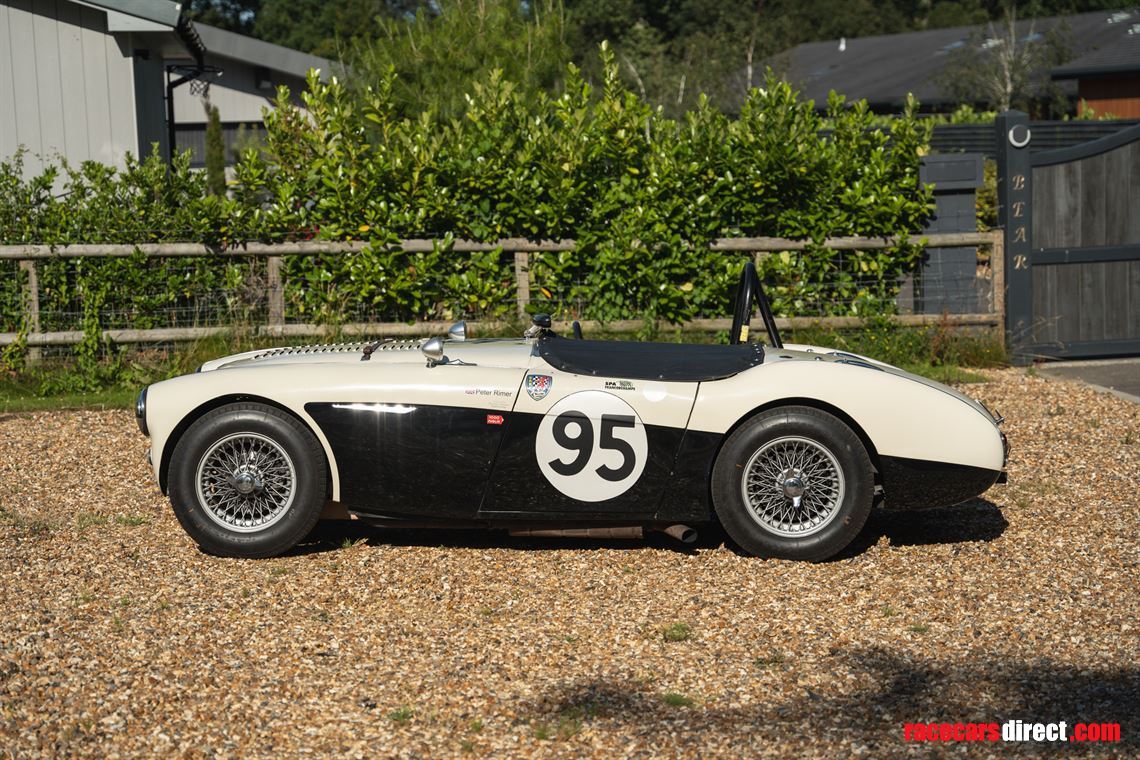 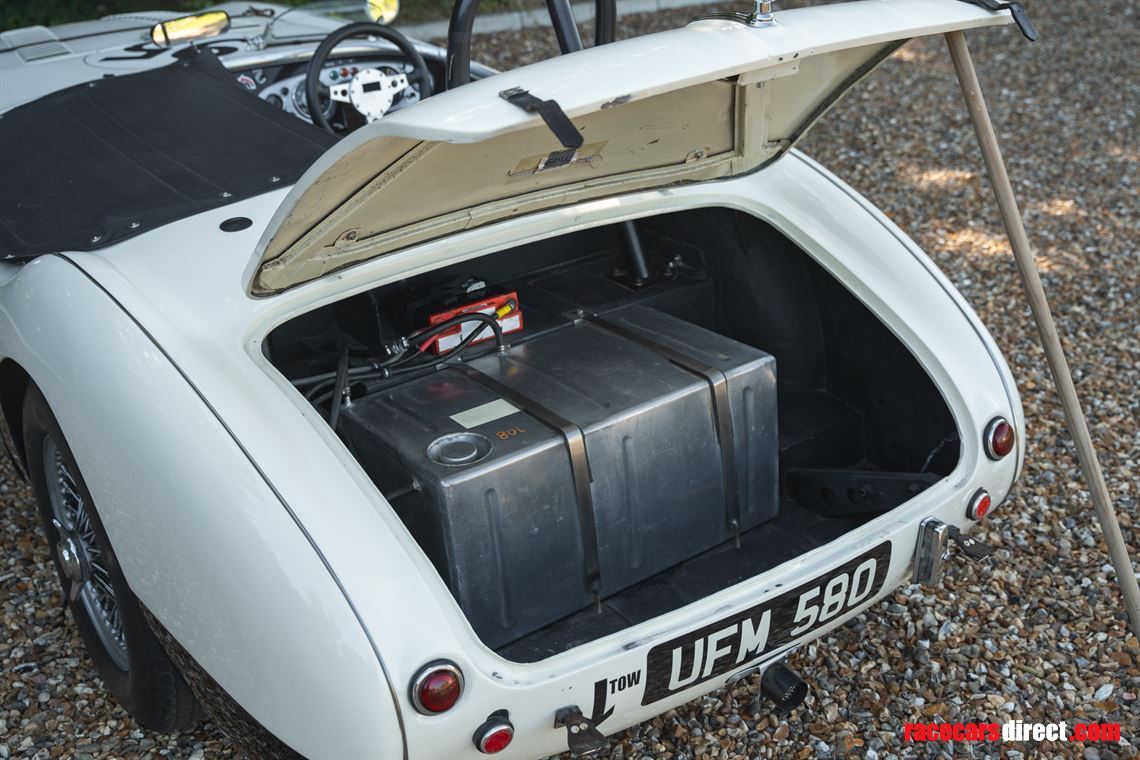 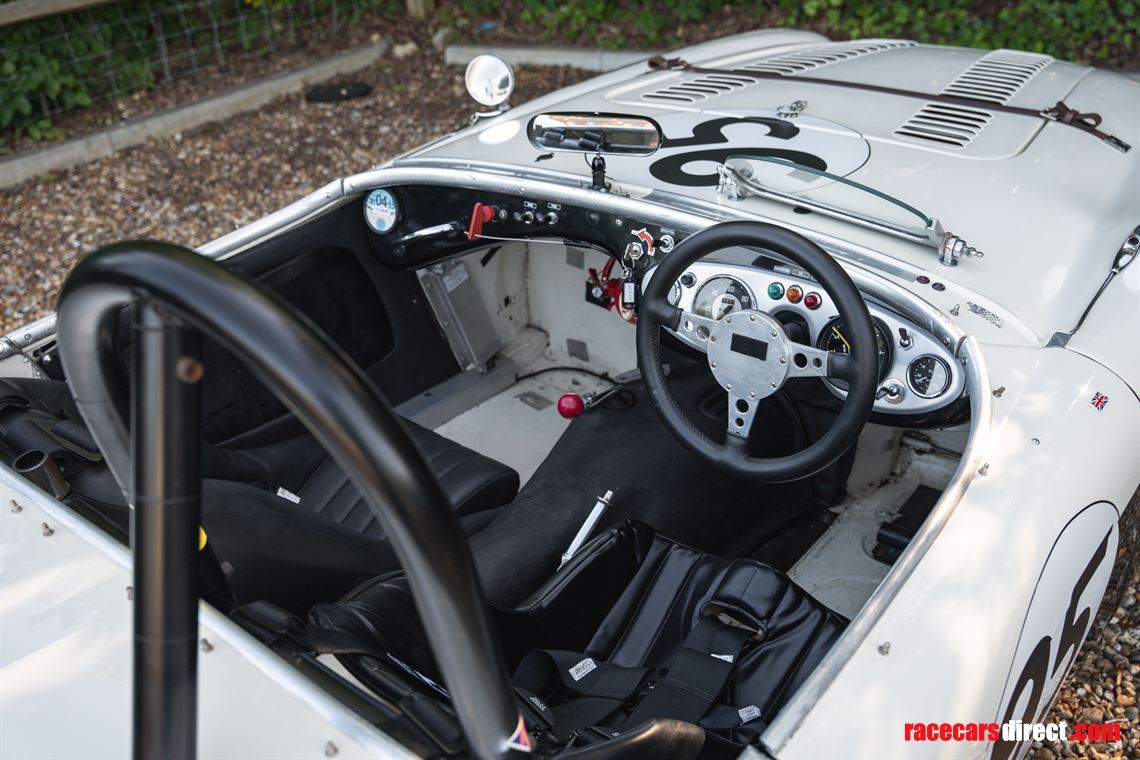 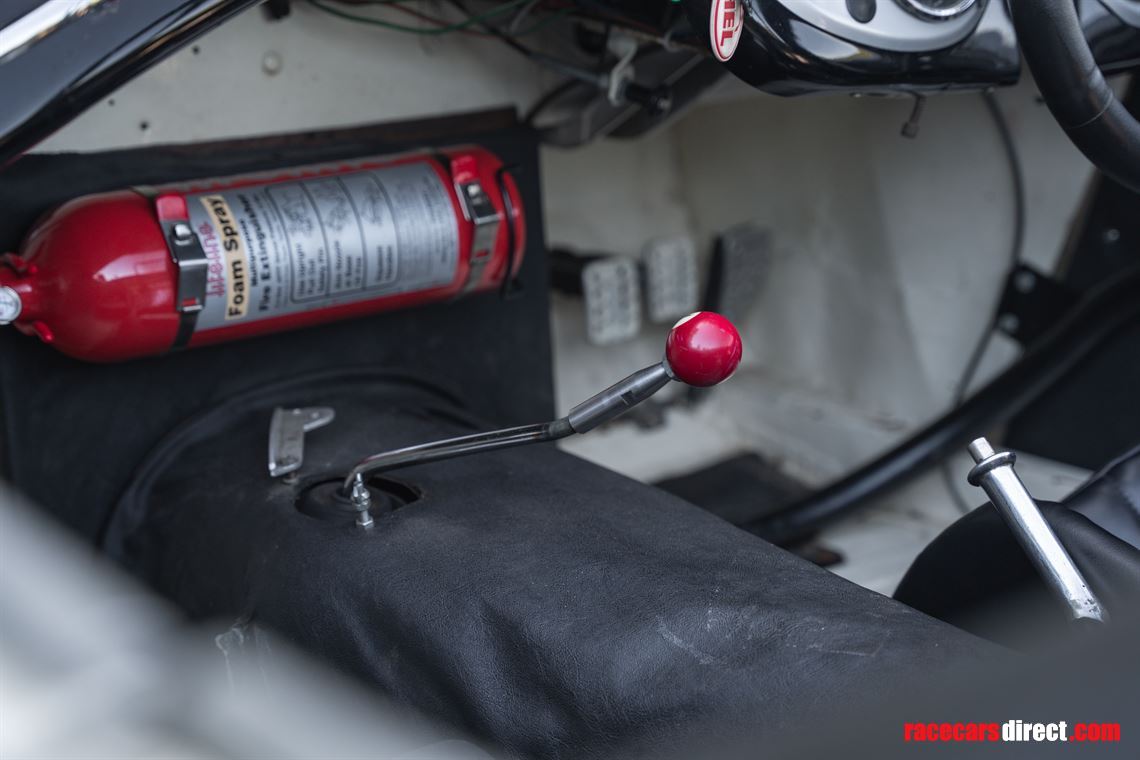 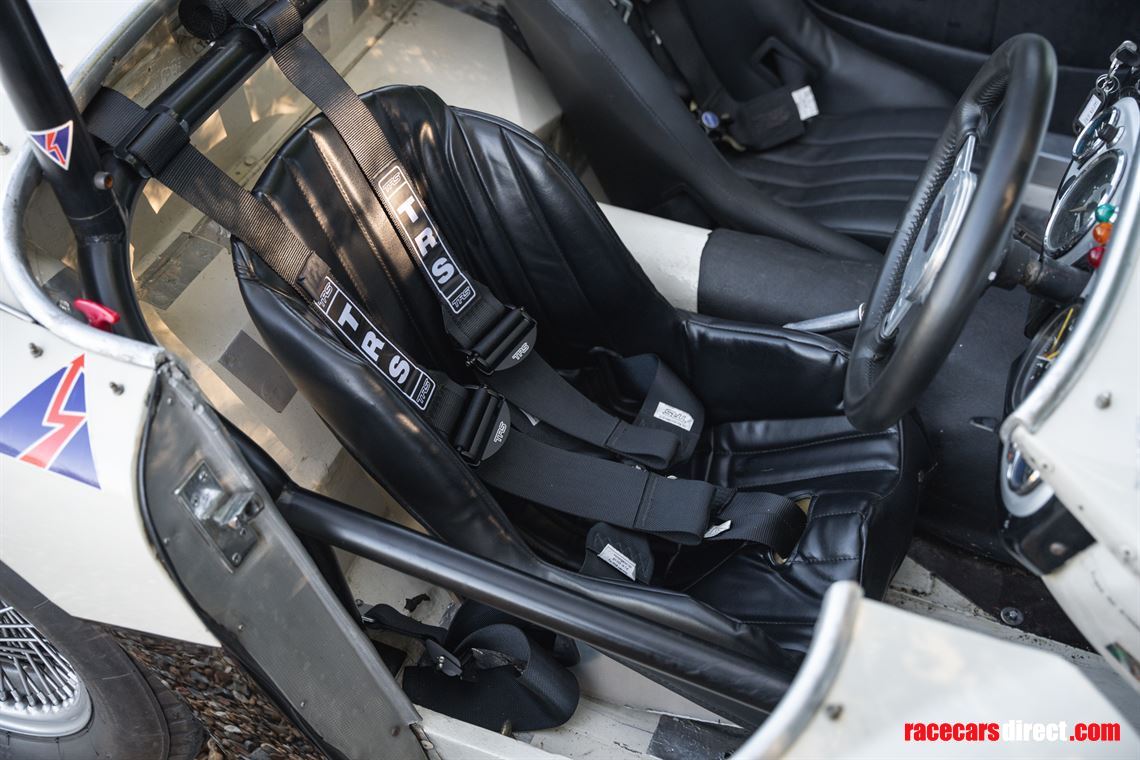 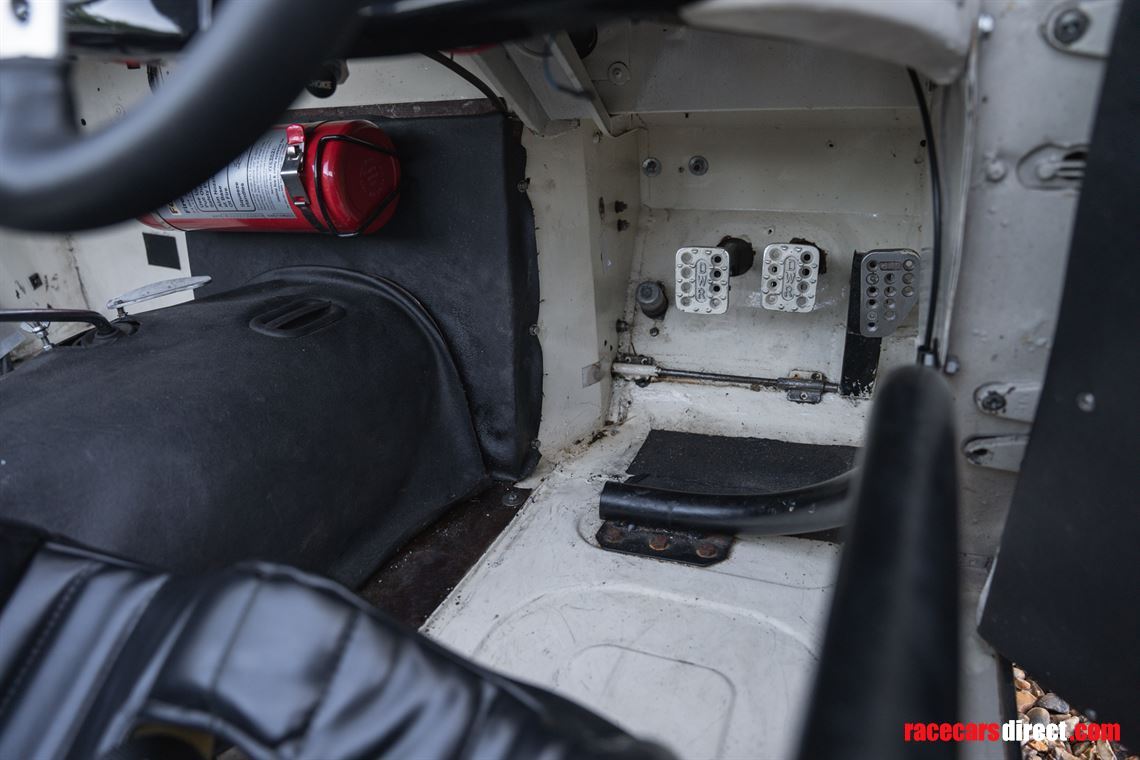 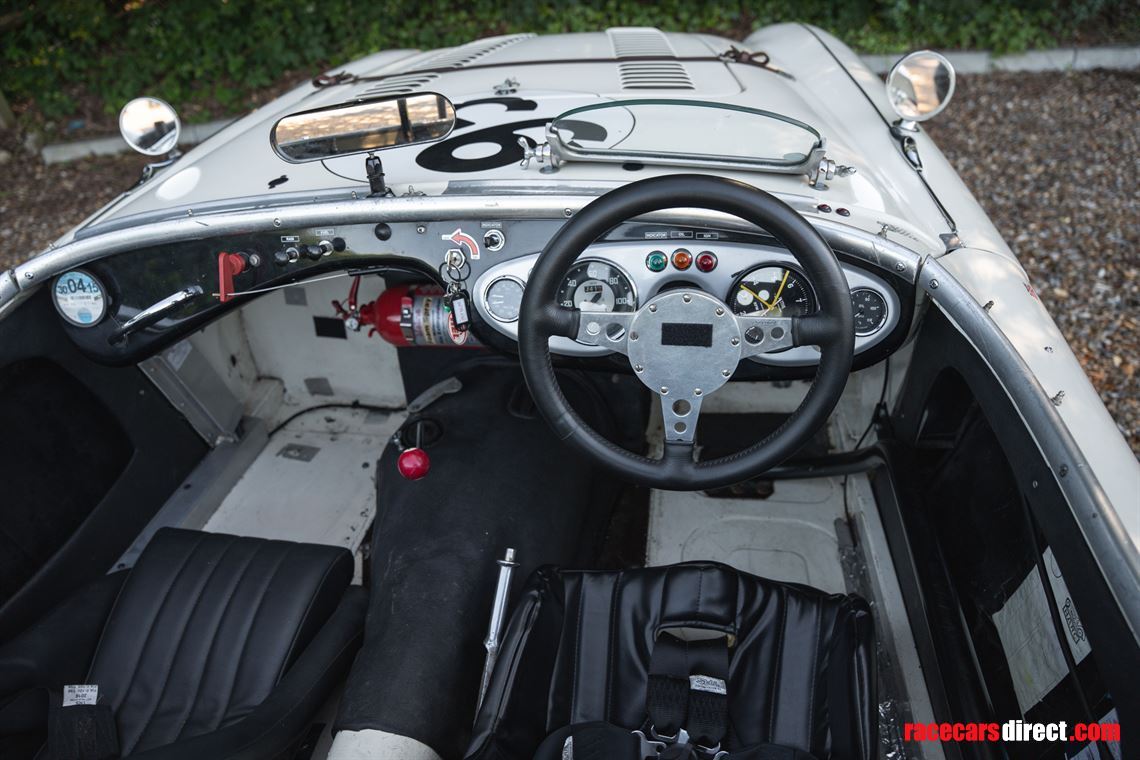 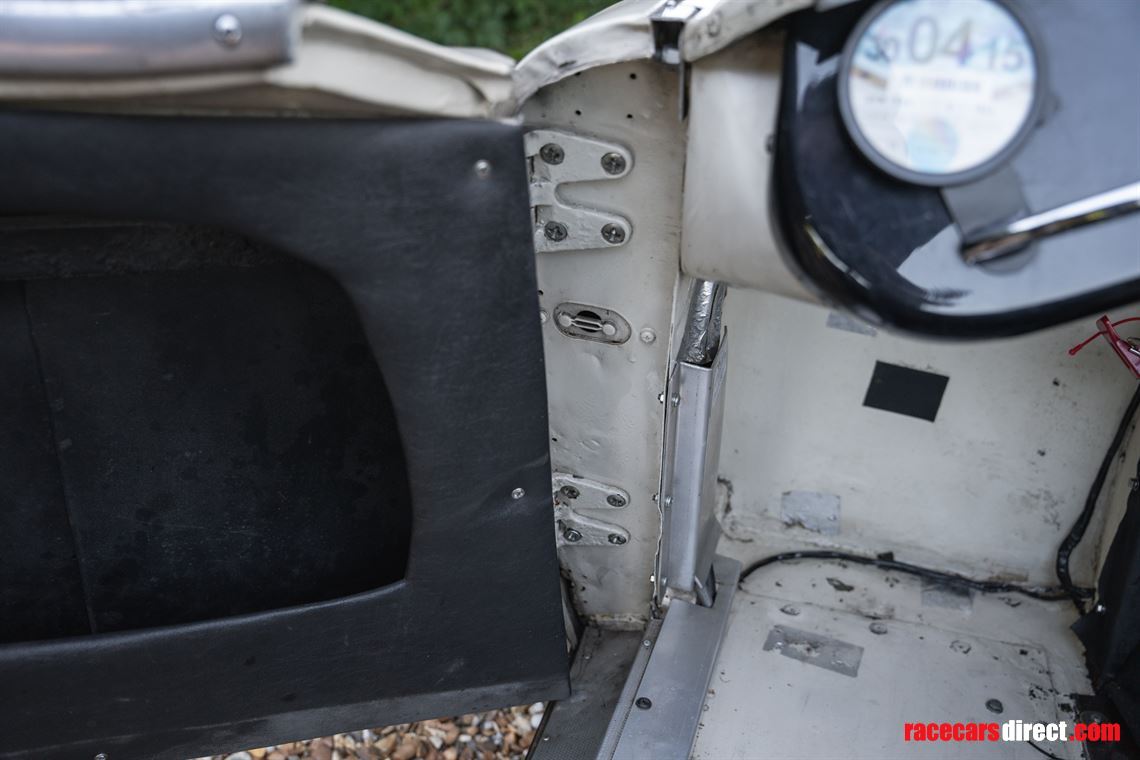 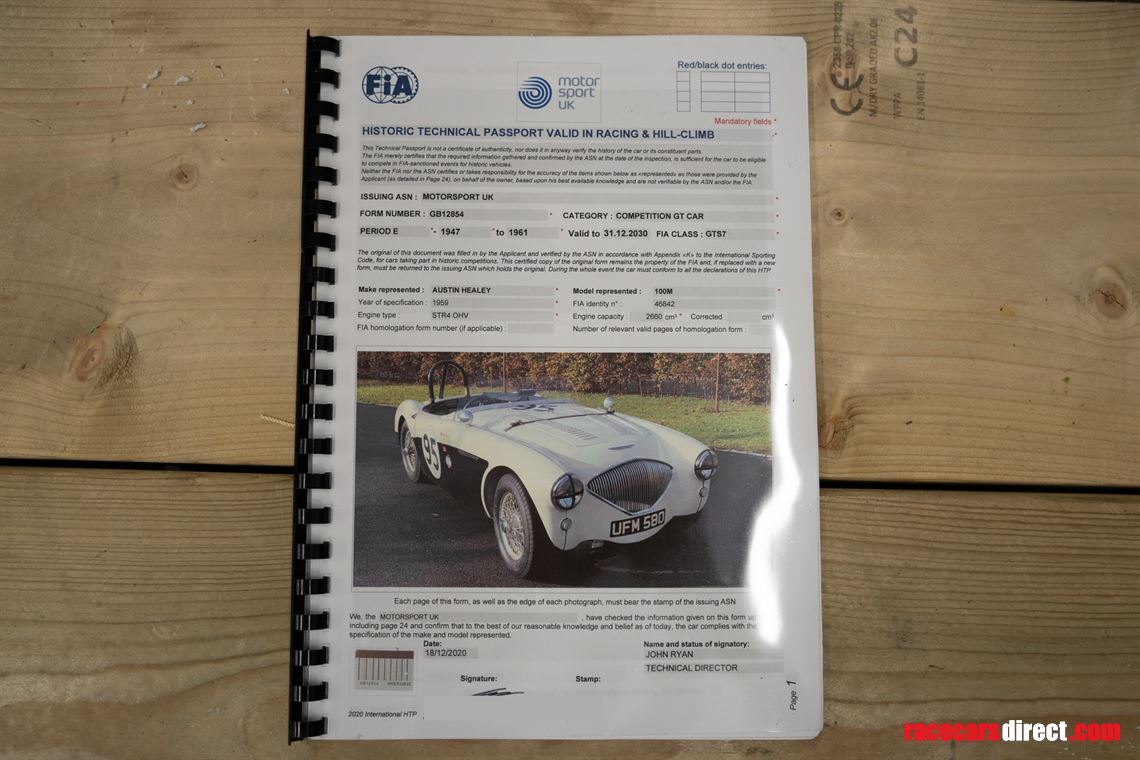 This Austin Healey 100M is a superb FIA-compliant race car, which was rebuilt to 100M specification by Dennis Welch in 1986 and has been fastidiously maintained in recent years by Woolmer Classic Engineering. It has enjoyed a competitive history and has a recently renewed FIA Historic Technical Passport. I have owned the car for nearly 4 years and at its last outing it achieved 3rd in class at Silverstone.

The car is eligible for Goodwood Revival and Le Mans Classic.  It can be run in the prestigious Woodcote Trophy and many other historic race series.

This is a great car and ready to race with tons of history. Has been maintained regardless of cost . Also comes with a spare set of wheels and tyres and a box of spares. Car has additional roll hoop for passenger side so can be entered for rallies etc ... Tour Auto, Mille Miglia eligible.

Can also be used as a fast road car.

●     An FIA-compliant example of the Austin Healey 100M, with impressive racing provenance.

●     The car was used for hill climb and sprint competitions in its early years, before being placed into storage from 1969 to 1985.

●     The car competed in several race series over the following years, achieving class wins in the AMOC Thoroughbred Championship, the AHC Challenge and the HSCC Pre-60s Sports Car Championship.  It was raced successfully by Dennis Welch himself with the then vender during this time.

●     It has been rebuilt several times since 1986 and has been serviced maintained regularly by front running race team Woolmer Classic Engineering in Bedford during my ownership.

●     Its four-speed race-geared transmission is linked to a Tilton Engineering competition clutch, also benefiting from a refurbished and uprated overdrive system.

●     The vehicle’s FIA Appendix K Historic Technical Passport was originally attained in 1986 and has been regularly renewed since. The latest time being in November 2020 when it was renewed to race in BN2 specification. The Technical Passport is now valid until 2030.

●     Also included will be its original registration book, British Motor Industry Heritage Trust certificate, a review of the 1986 racing season, a detailed service and race preparation record, an additional rally-style roll hoop, a box of spare parts and the original driver's seat.

●     A few scratches and stone chips can be seen on lower body panels, which are entirely commensurate with its racing use.

●     Its Kirkey seat was fitted recently, and is in excellent condition.

●     A few marks can be seen on the dashboard and dial covers, again in line with its motorsport use.

●     No electrical faults have been detected.

●     Its most recent service was in May 2020 at Woolmer Classic Engineering.

Superbly built to 100M factory-spec by the renowned Dennis Welch 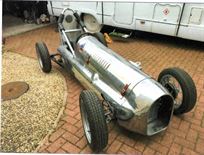 Ready to fit and go racing !

Hyundai i30 TCR complete with spares package and sea freight to any major port worldwide.

2020 latest spec G55 like new , Test miles only never raced , We can help with shipping