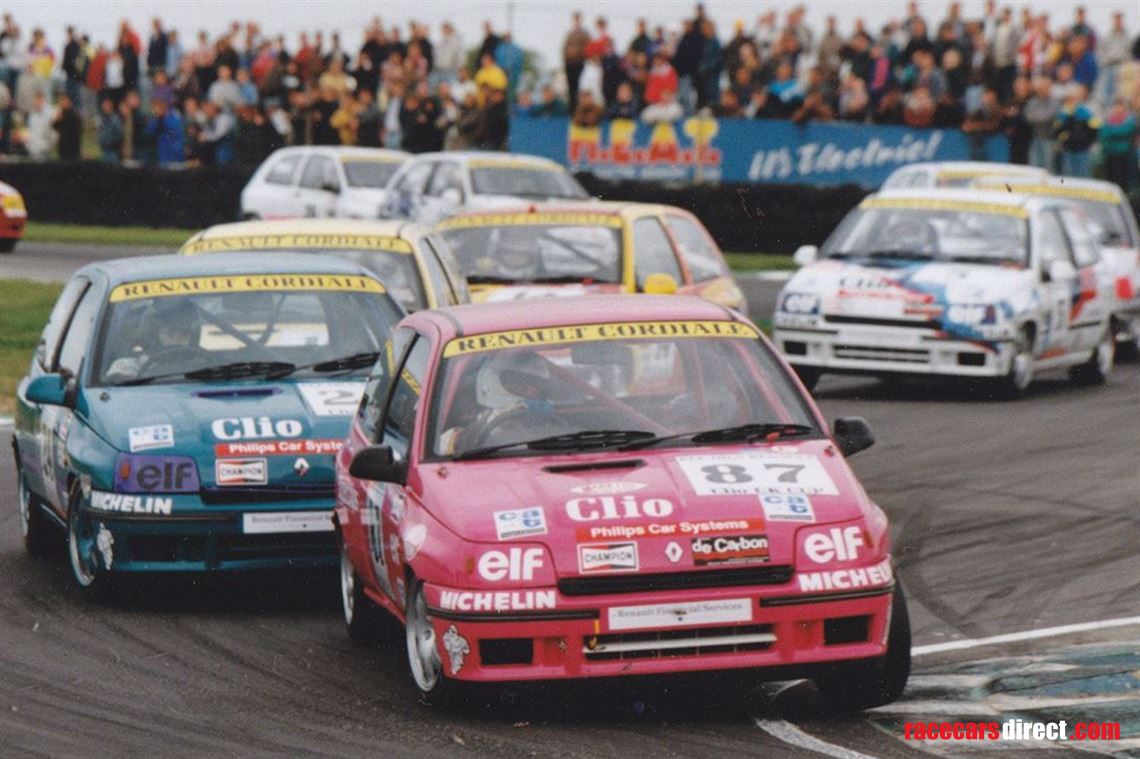 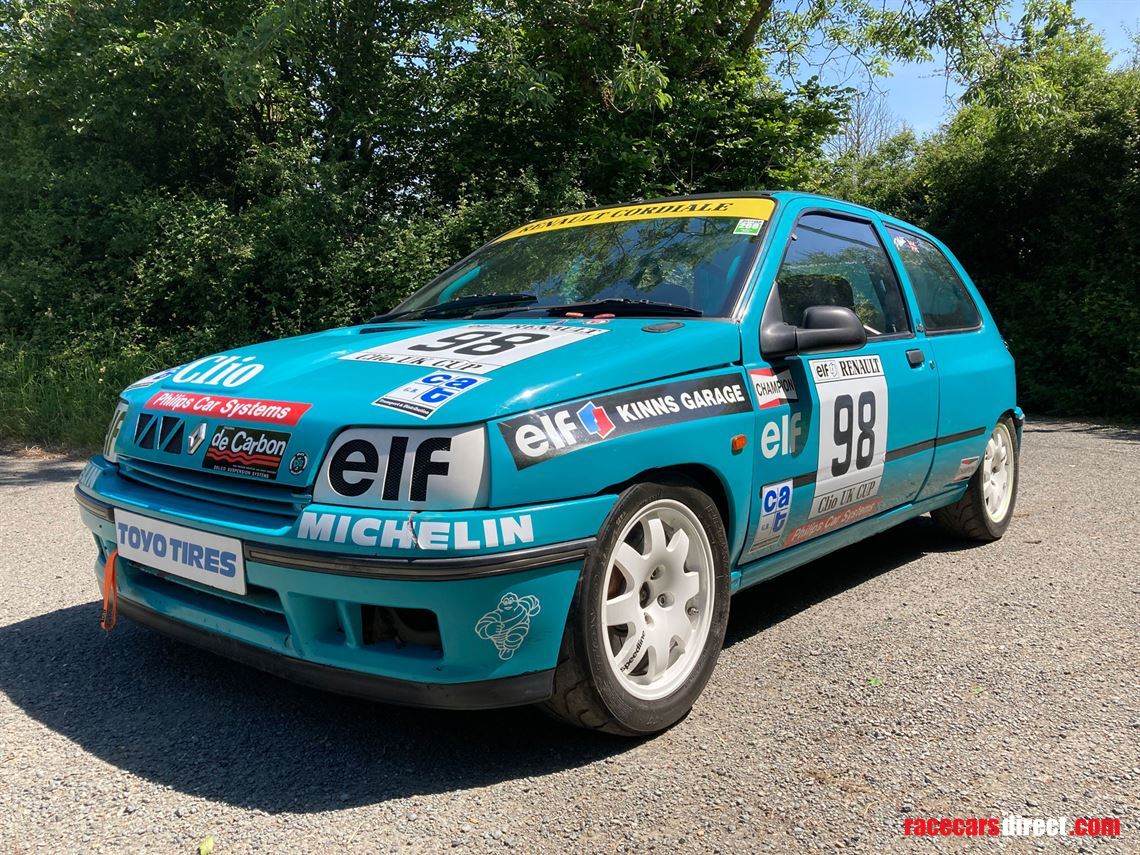 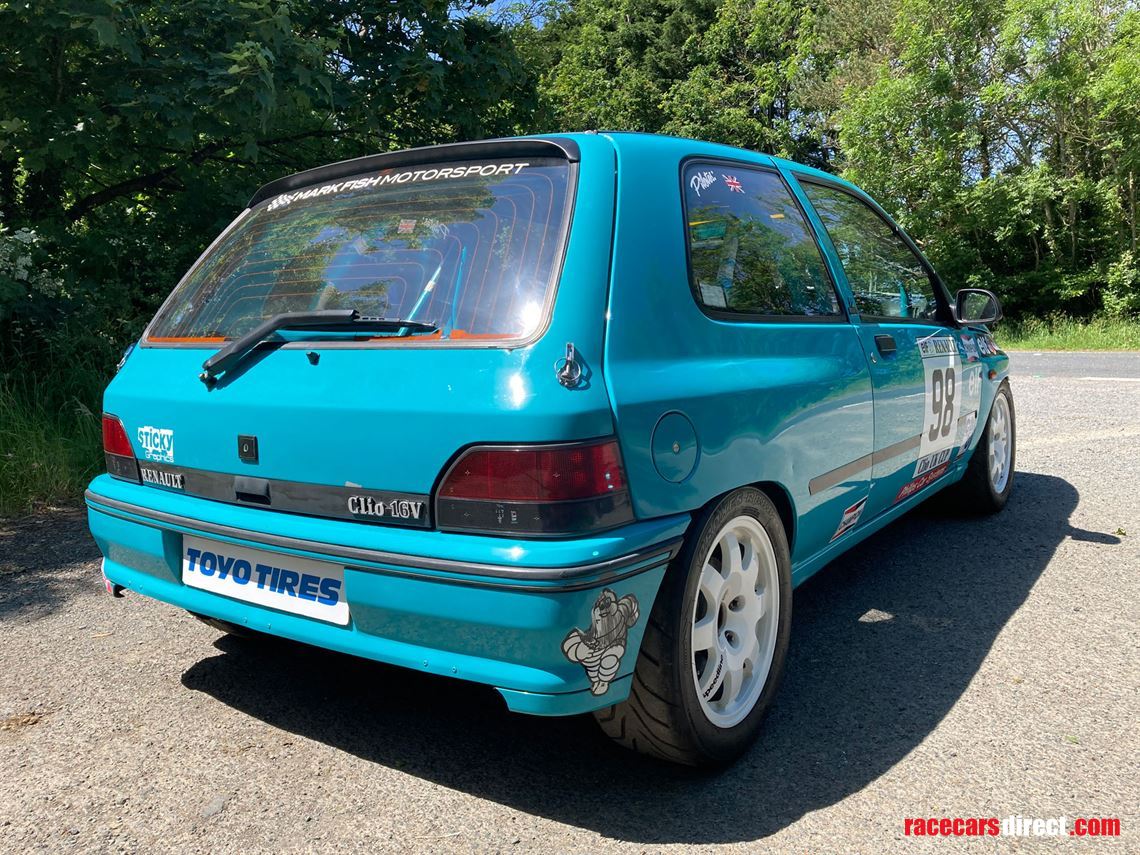 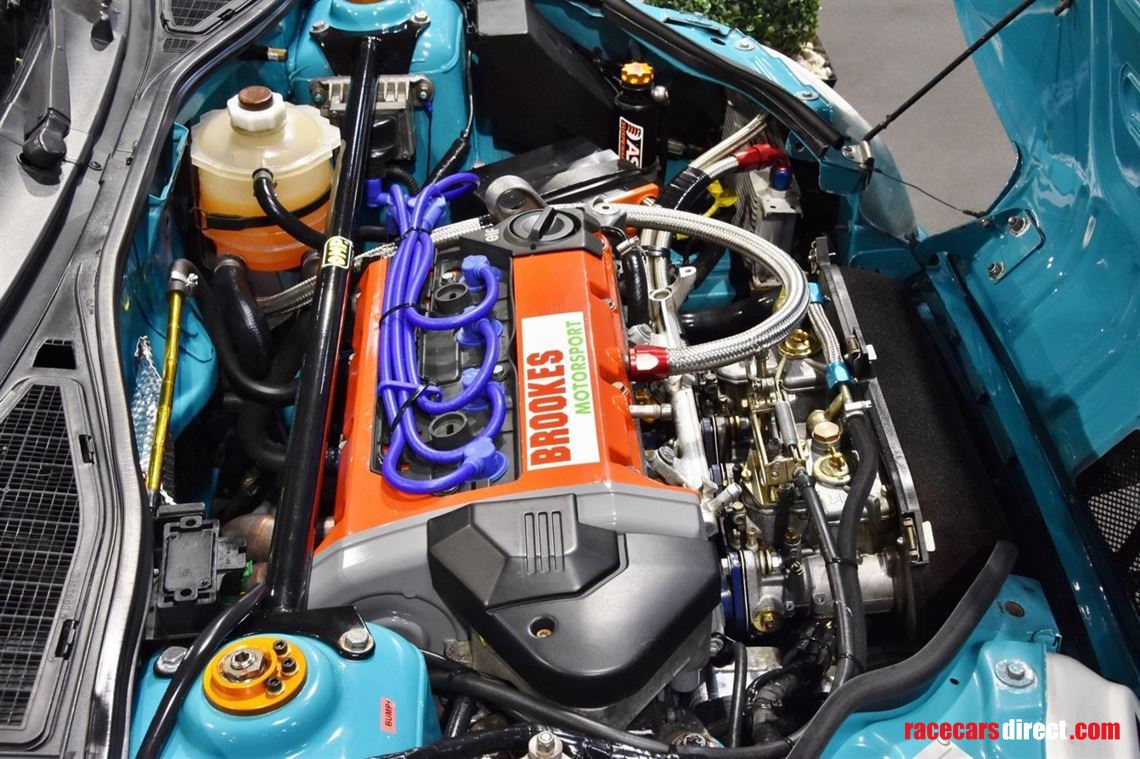 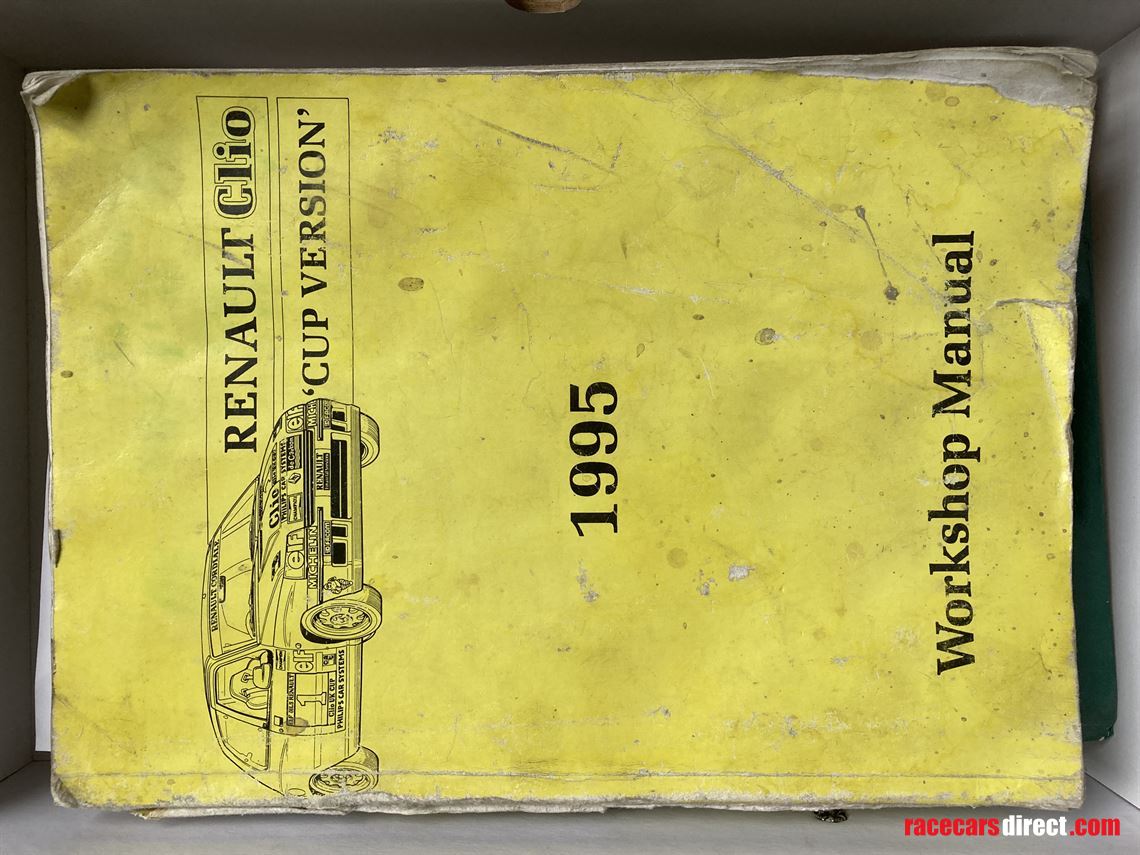 Rare historic race car, one of 50 Clio's brought to the UK in 1990 to race in the first ever season of the Clio Elf UK Cup, a year before the Clio 1.8 16v went on sale - a promotional single series race event that lead the way to promote the 'New Clio' after the demise of the 5GT Turbo. This original Clio Cup is a factory supplied race car which came from the Renault dealer with a full roll cage, no interior, no sunroof, manaul windows, a blue printed 1800cc 16v engine rated @ 150hp and no abs.

It was 30 years ago this year in 1991 at Donnington Park that this car with a grid packed of clio cup cars raced for the 1st time as a season opener for the BTCC (British Touring Car Championship) and then followed the BTCC calendar fullfilling opening races from 1991 - 1995, before the Renault Spider took over duties and then subsequntly returned to clio cup racing in 2001. This Clio Cup Racer ran with a Brookes Motorsport blueprinted engine between 1991 and 1995.

This clio cup racer has a letter from Renualt stating its chasis number and build date which means it has been registered with the DVLA and has a current MOT until June 2022. This makes it easy to use on road or track and enables you to drive to the track and does not HAVE to be trailered. As such it has a genuine 22,000 miles on the shell, and regular engine refreshes. It even comes with its Renault Clio Cup Racer Workshop Manual which is super rare!

The car is eligible for historic touring car events amongst other race series.

The car hasn't seen any Track action since 2016, it has been sat inside, warmed up and taken on the road in the summer months for a quick blast. I don't have the time to enjoy it liked I wanted to, its in unrestored original condition with minor dents and cracks aka real race patina, but lived indoors all its life when not racing so is super clean for a 31 year old car.

The car has been upgraded as things have worn out and the current spec is:

She is one of a couple of original cup cars to be road registered with all documentation from Renault supplying build date, chassis number and the age related ‘H’ registration. Documents suggest the vehicle was owned by Renault at a point in its life before being used by a privateer for sprints and hill climbs then used in the MSVT track day trophy.

The cambelt was replaced 200 miles ago along with fluids and complete head re build.

The car was set up at Northampton Motorsport in December to make sure the fueling was correct then went for alignment and set down so is ready to go and race.

I have a small spares package including 2 spare speedline wheels, a front bumper, a back bumper, a spare bonnet in the correct colour and livery and a tin of colour coded paint

Any questions please drop me a message and I will reply as soon as possible.

I am able to deliver Nationwide for £1 a mile.

Grab yourself a bit of British motorsport History not to mention The Original Clio RS, every other clio RS's roots come back to this model including the Williams!