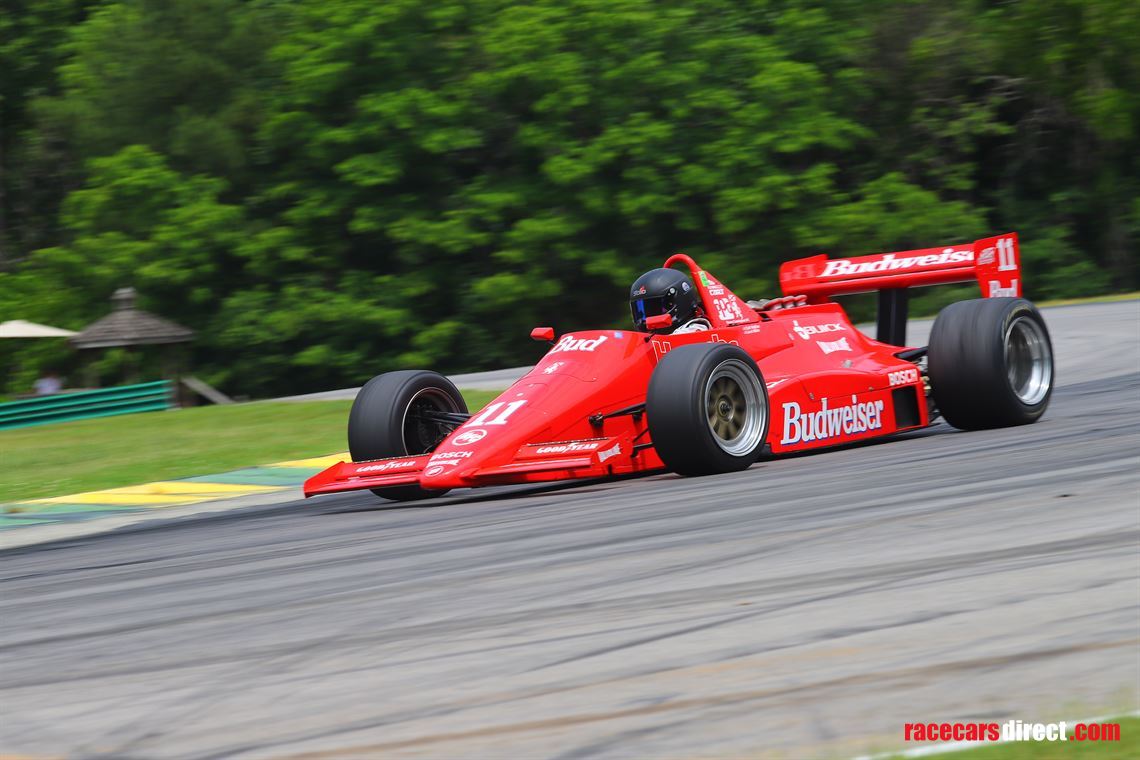 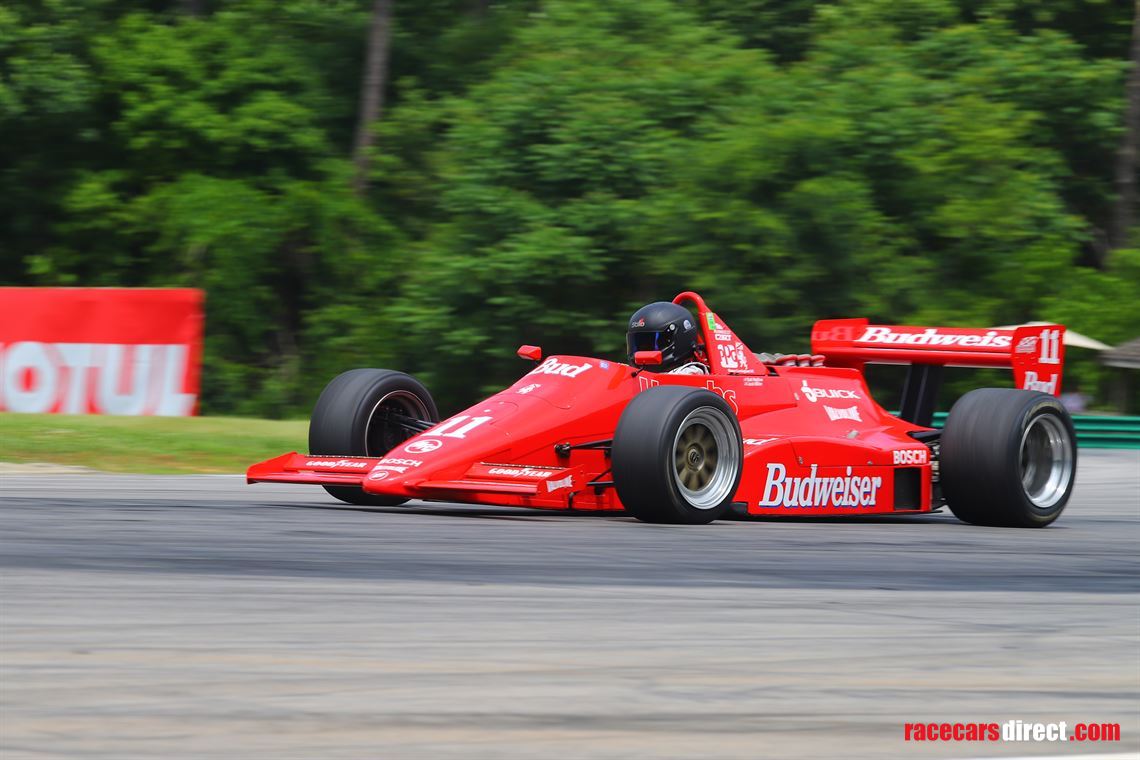 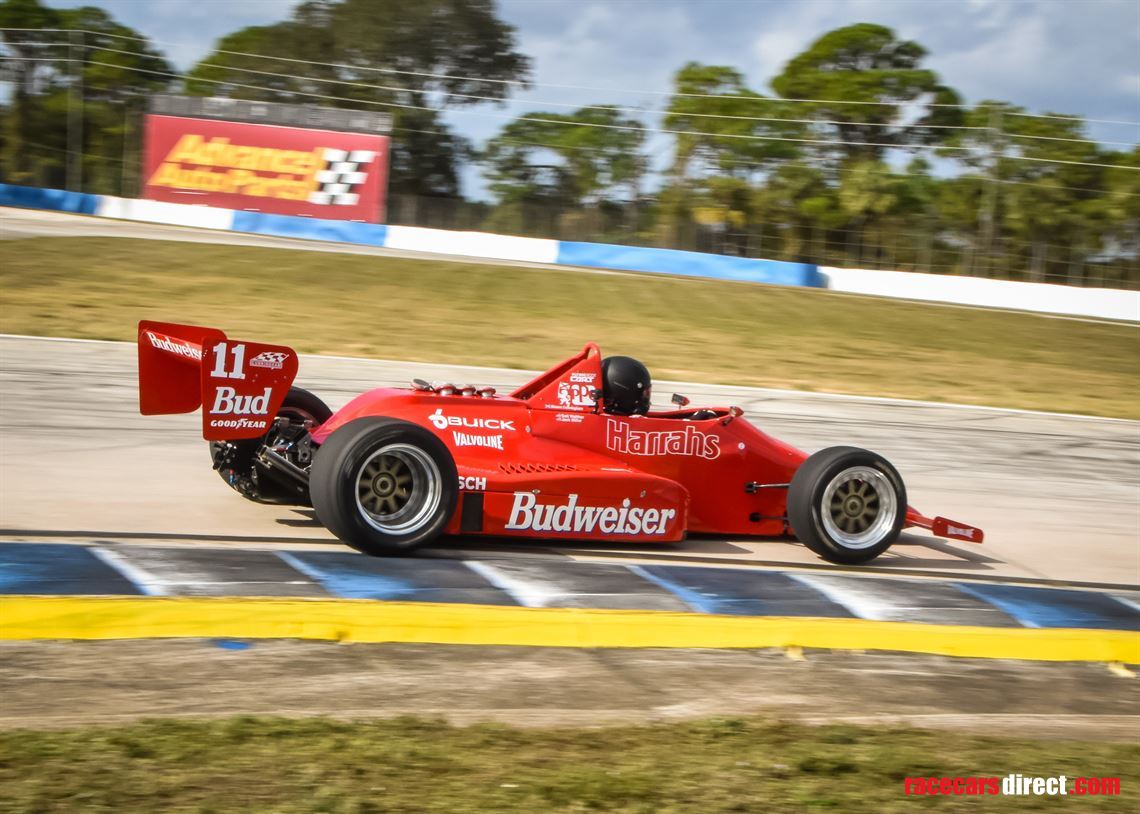 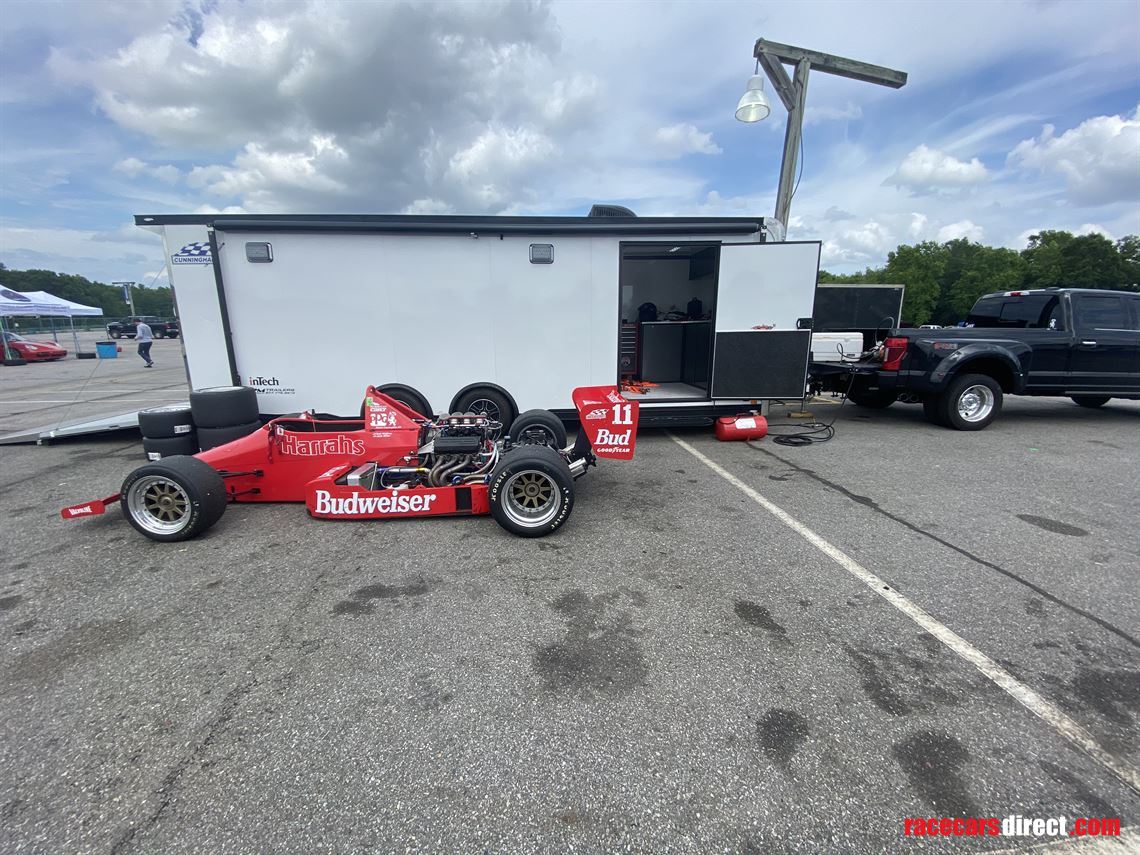 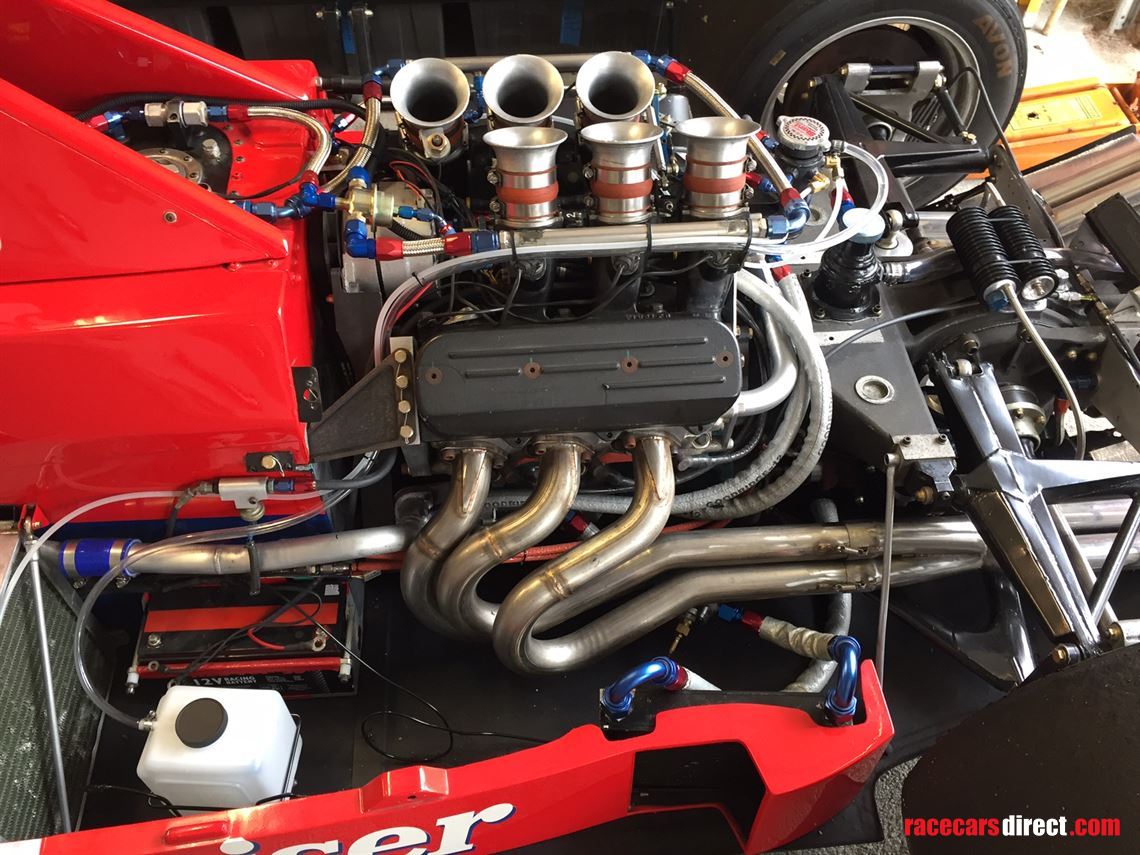 This 1991 March 86A was purchased new by Salt Walther and competed in two races of the 1991 Indy Lights season before it was subsequently acquired by Dr. Jack Miller. Miller reportedly ran one race with the car in 1992, and subsequently ran a full season of Indy Lights B-Series in 1993, winning the championship. The car was then sold to Haas and used as a display with their current livery. Subsequently the car was sold to the owner of Harrah’s Casino, where it was displayed as a roller until 2010 when the previous owner acquired it and began to refurbish the car. The current owner has completed the restoration and returned it to running condition. Power is provided by a 4.2L Buick-derived V6 built by George’s Speed Shop paired with a rebuilt 5-speed Hewland FGB transaxle. This March is now offered with a dyno sheet from the recent engine build and a Florida bill of sale.


The Indy Lights B Series was run for 1993 only, and allowed competitors to run the previous March-chassis cars alongside the updated Lola’s introduced for the 1993 season. Jack Miller was the sole B-Series entrant to compete in every round and won the B-Series championship.


The bodywork is finished in red and carries a period Budweiser and Harrah’s paint scheme with additional decals from Valvoline, Bosch, PPG, Buick, and Goodyear. The multi-piece centerlock wheels are fitted with Hoosier slicks.


The 4.2-liter V6 was derived from a production Buick engine and is equipped with individual throttle bodies with velocity stacks exiting through the rear clamshell. This example has been rebuilt by Dayton, Ohio-based George’s Speed Shop, the original engine builder for Indy Lights. A February 2019 dyno sheet shows that the engine produced 429 horsepower at 7,000 rpm.


Power is sent to the rear wheels via a rebuilt 5-speed Hewland FGB transaxle. The car suspension has been crack tested, and is fitted with dyno-tested shock absorbers.

4.2 Buick v6 original to series and fully rebuilt by George Montgomery, the original series engine builder, in Feb 2019. The engine was run four hours and then refreshed by Fellner Motorsports December 2020 and has participated in six 20 minute test sessions and four twenty five minute sessions at Brian Redmans Targa 66. The engine has less than 200 miles and the engine is good for 2000 miles before refresh and 4000 miles for full rebuild.

The Hewland FGB gear box was fully rebuilt in Jan 2019 and is currently having a new gear set installed for 2nd through 5th to stretch out the gears for drivability.

Brake rotors are new from Coleman Racing products and have 45 min on them.

Brake calipers are Alcon and original to series have been rebuilt in 2019 and 2021.

One set of nearly done hoosiers and one set of new never used Hoosiers.

New Braille battery not used yet.

All gauges are original and working.

Car is extremely fast and reliable.

Many new, original Lola parts available for T97/20 and other Indy Lights cars