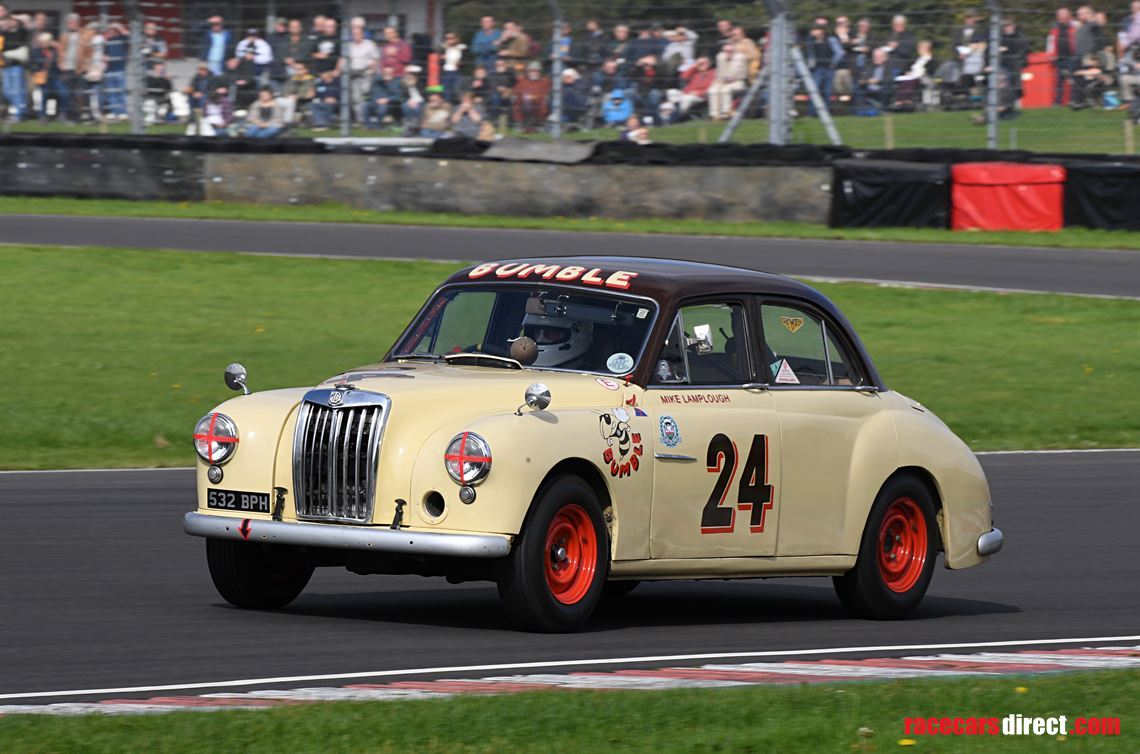 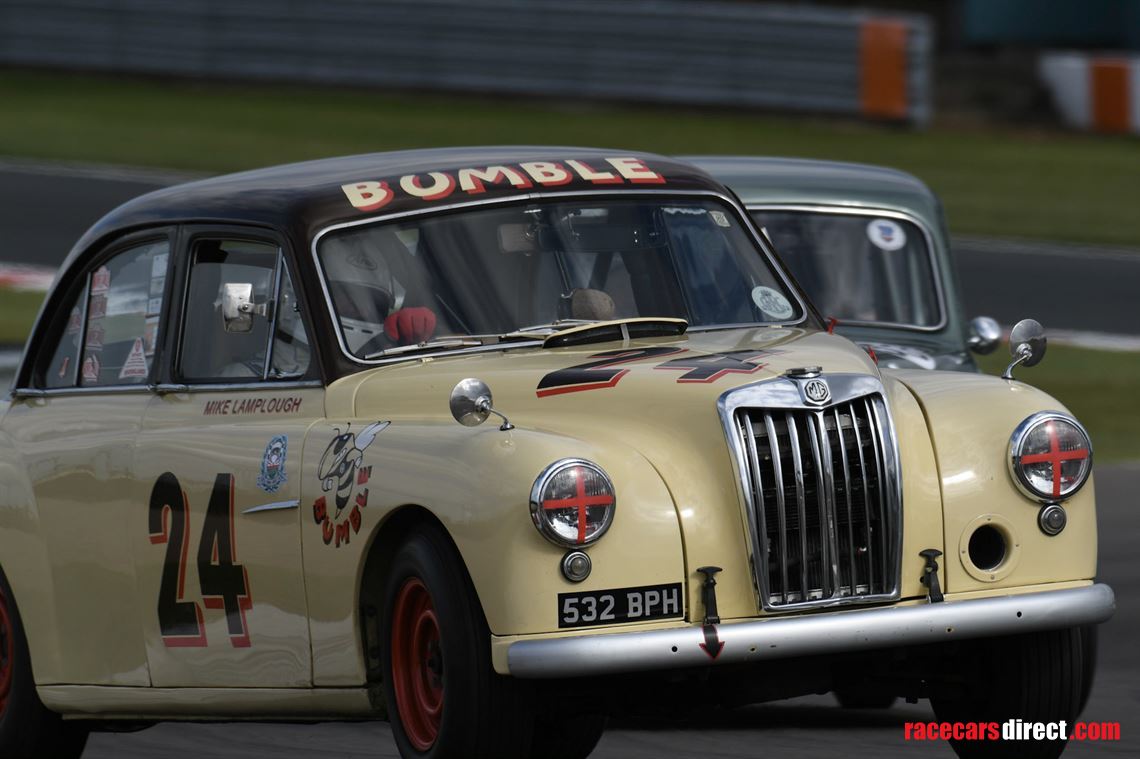 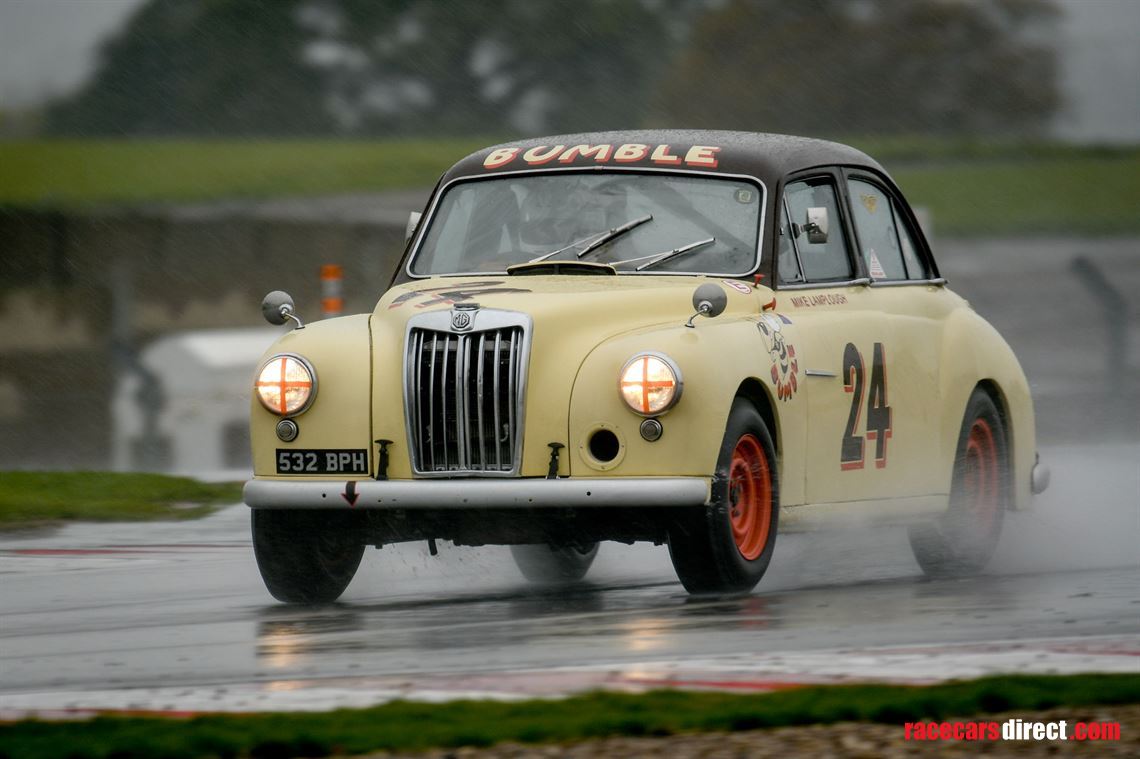 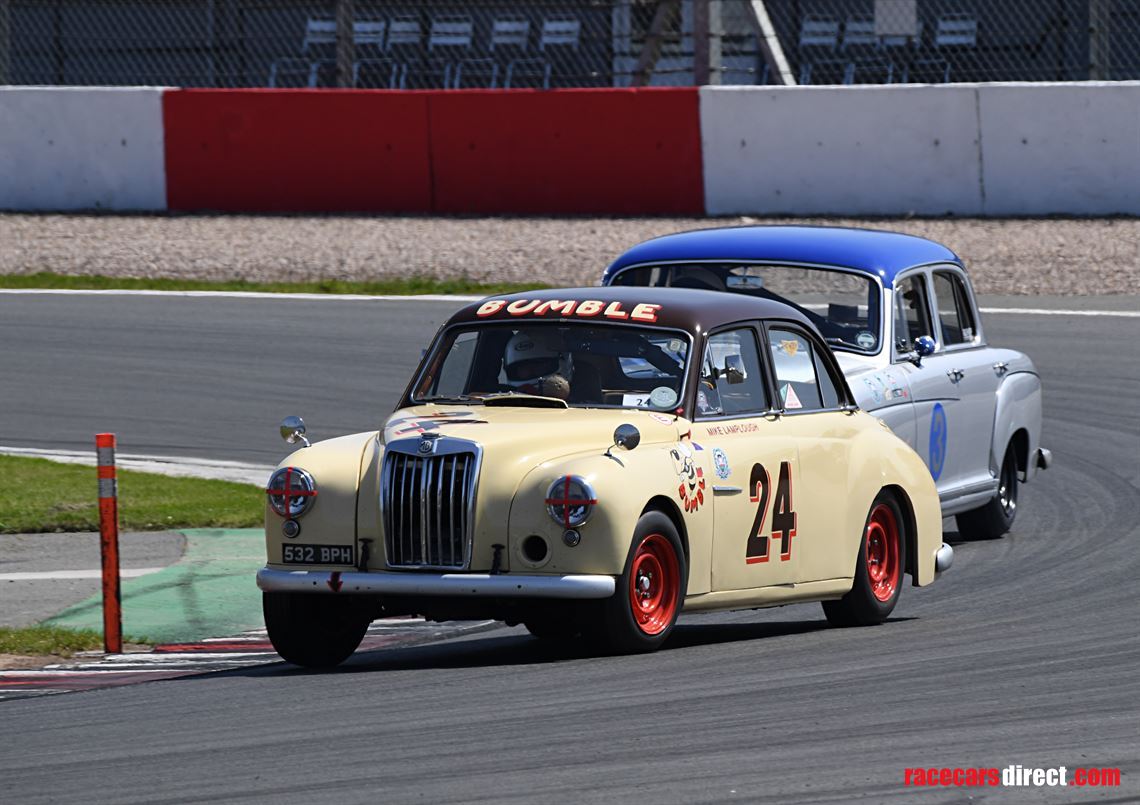 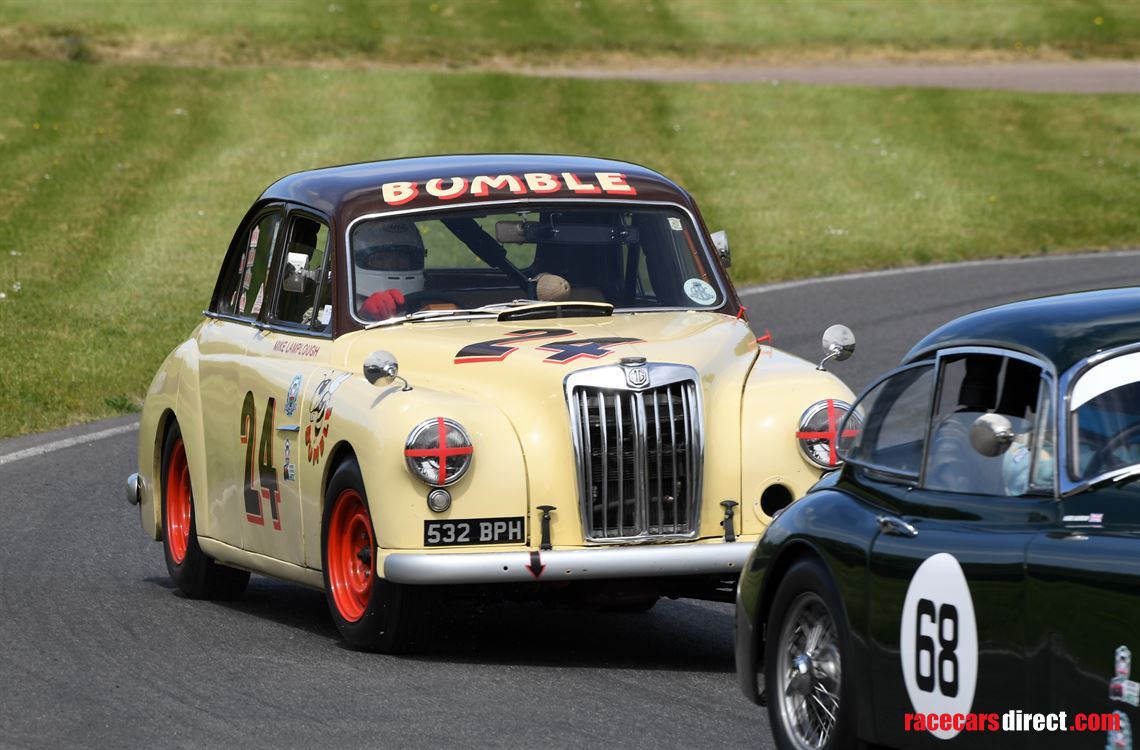 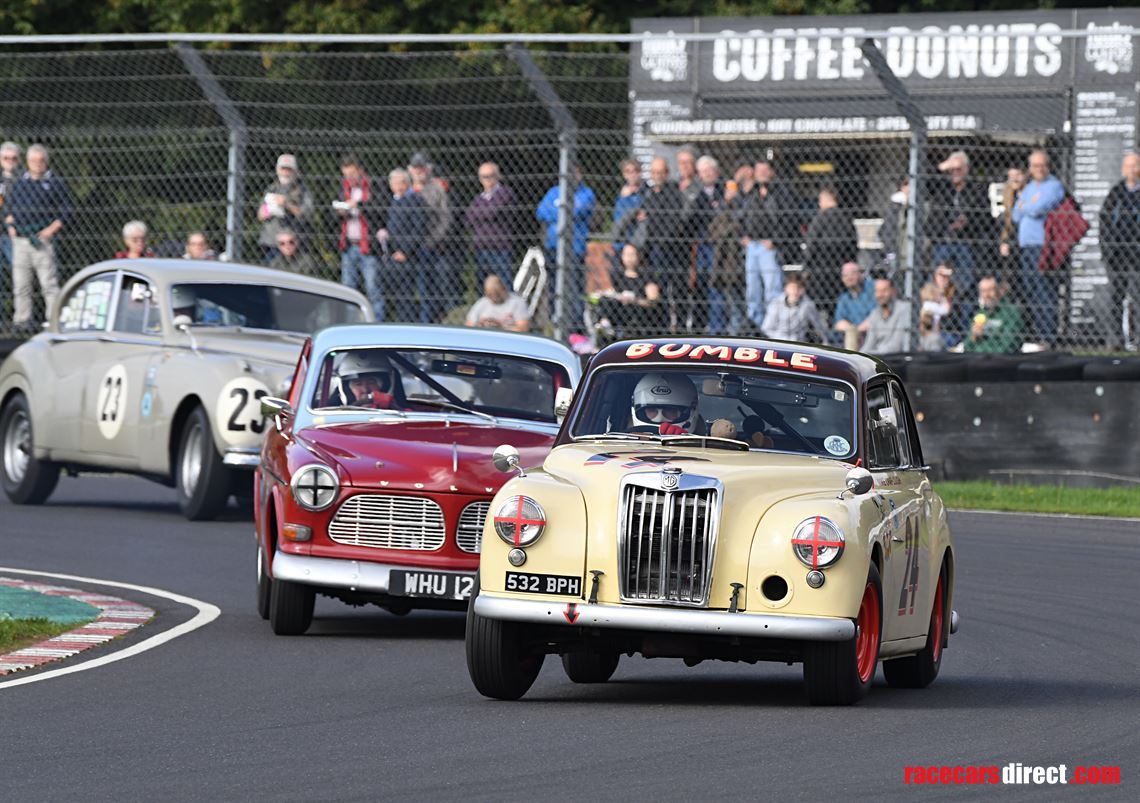 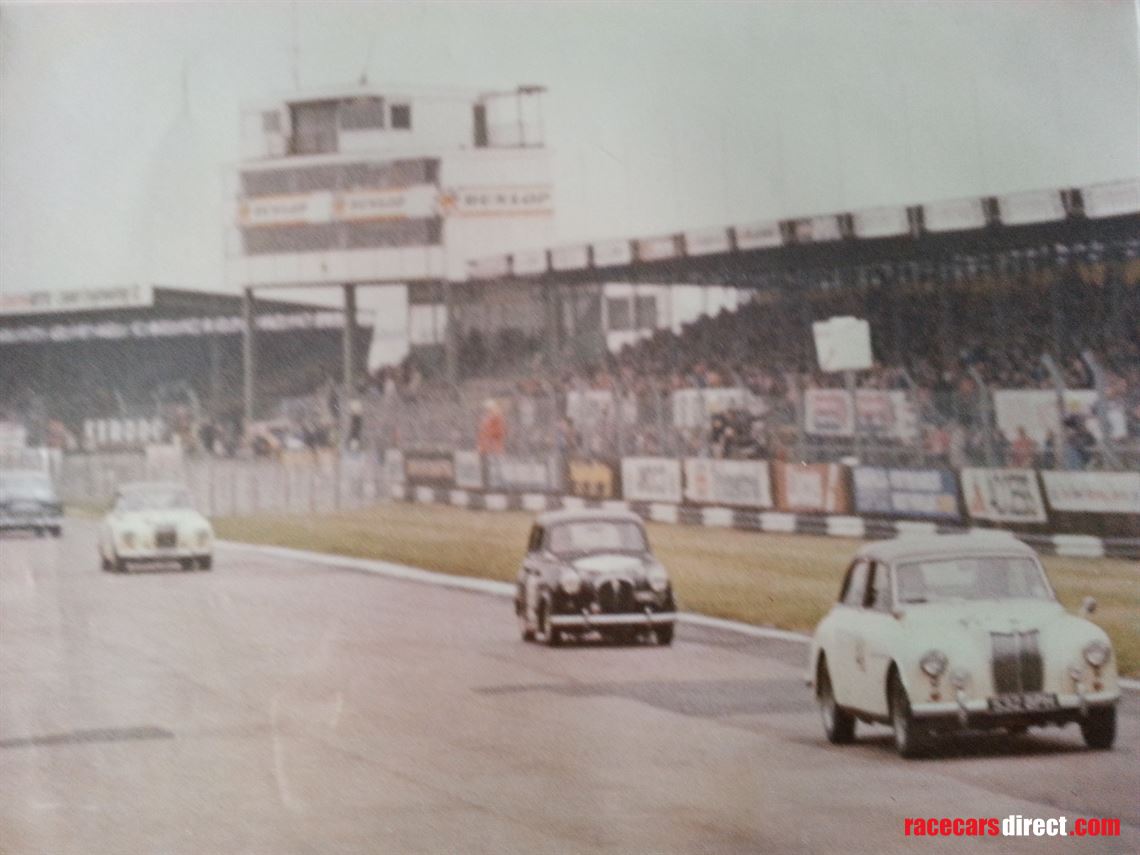 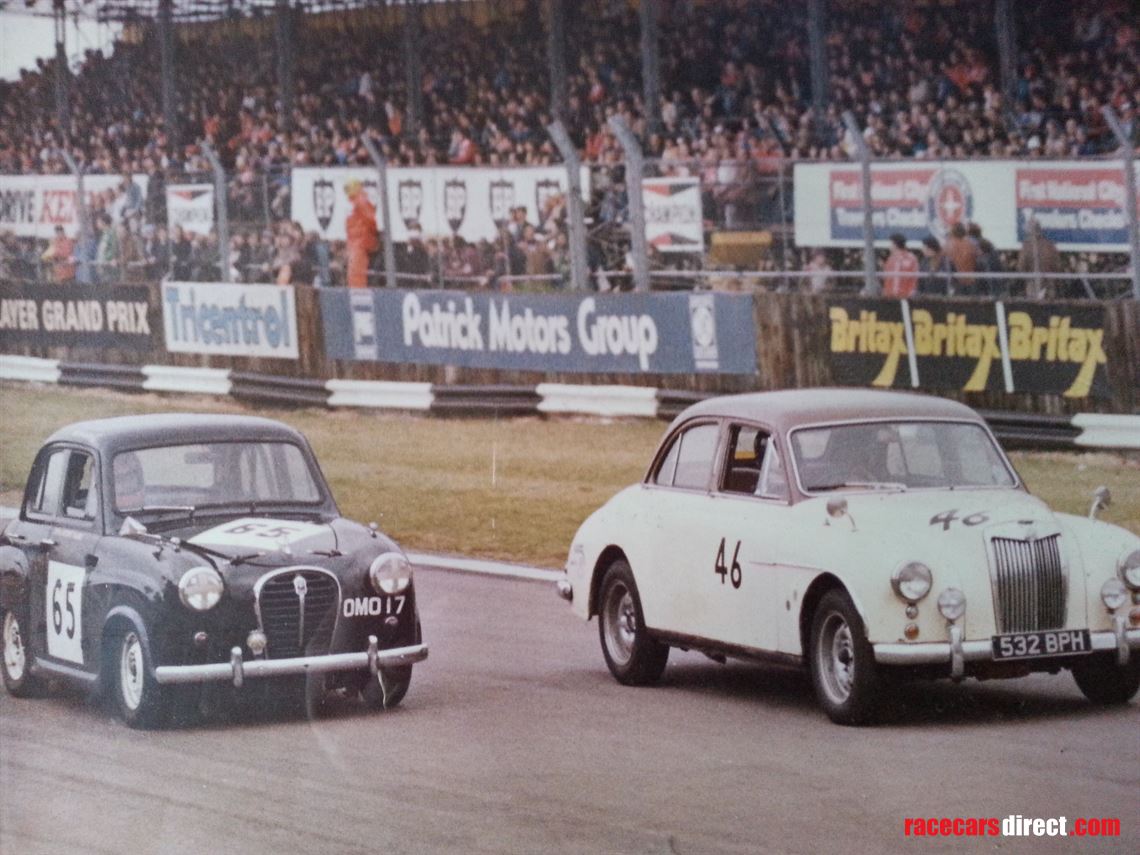 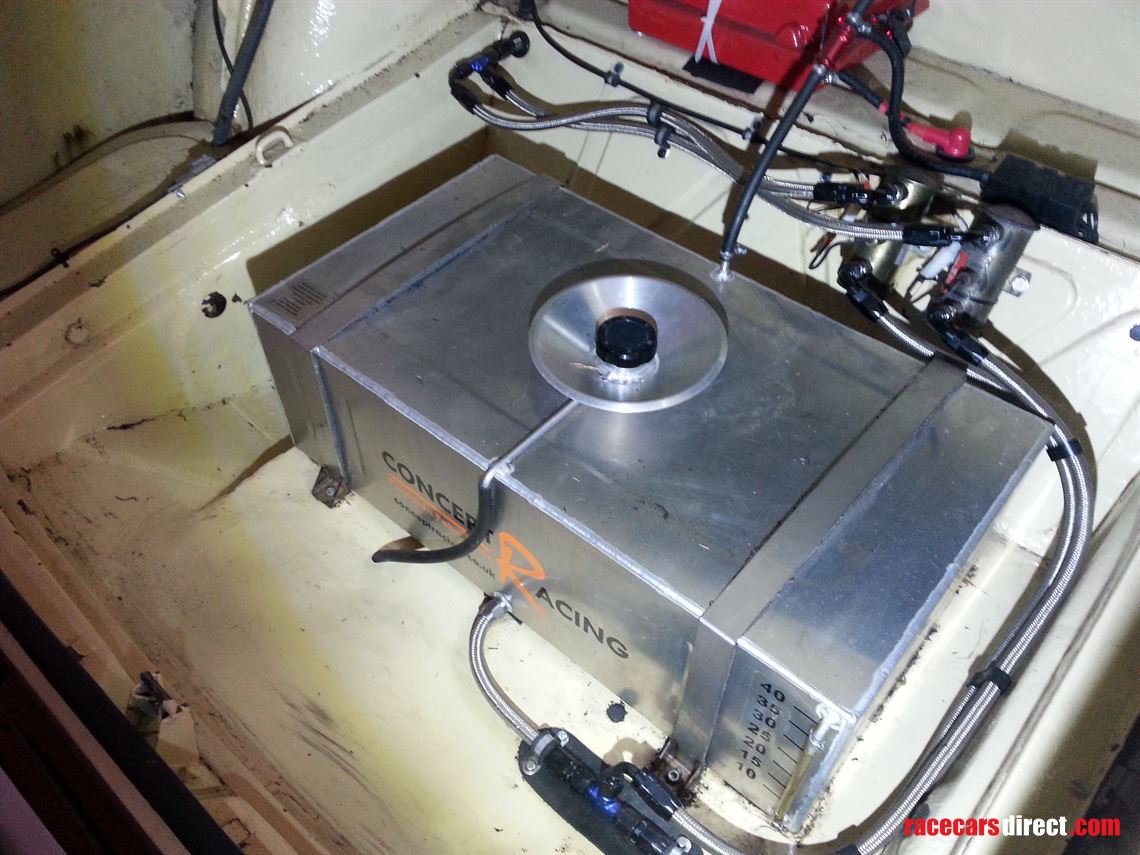 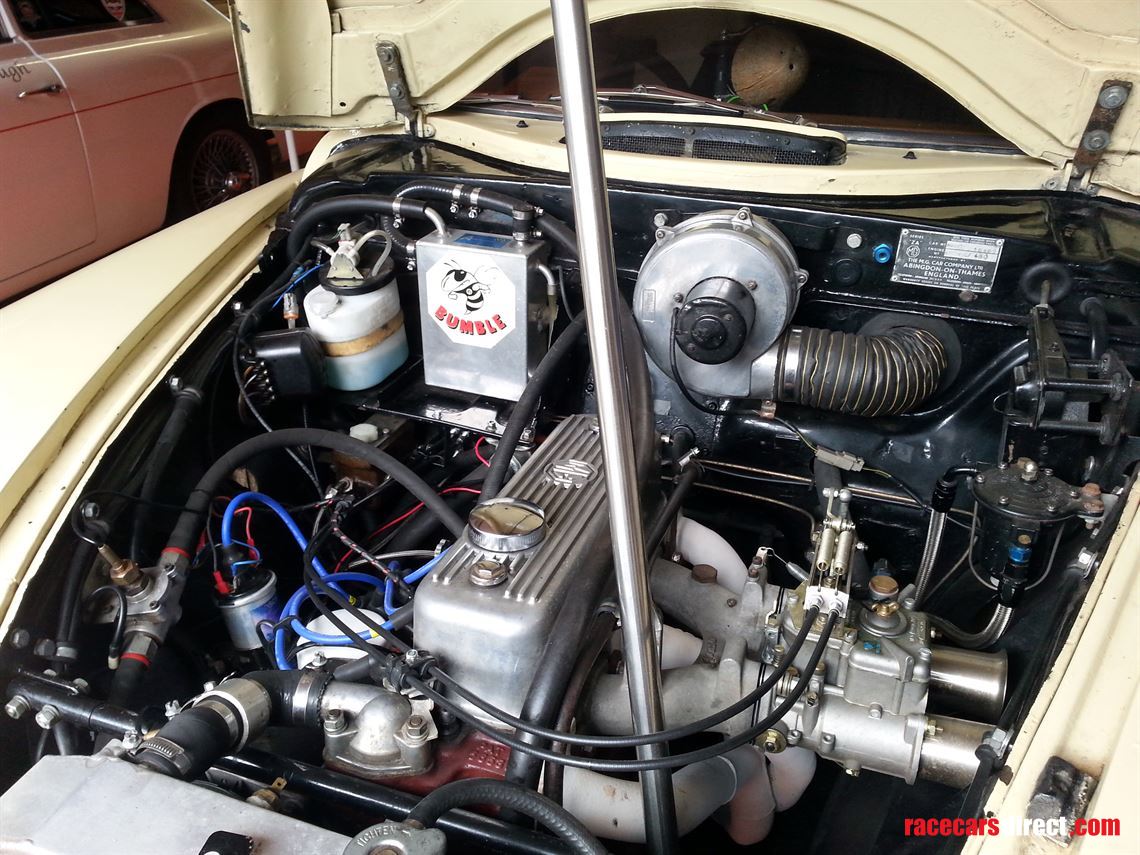 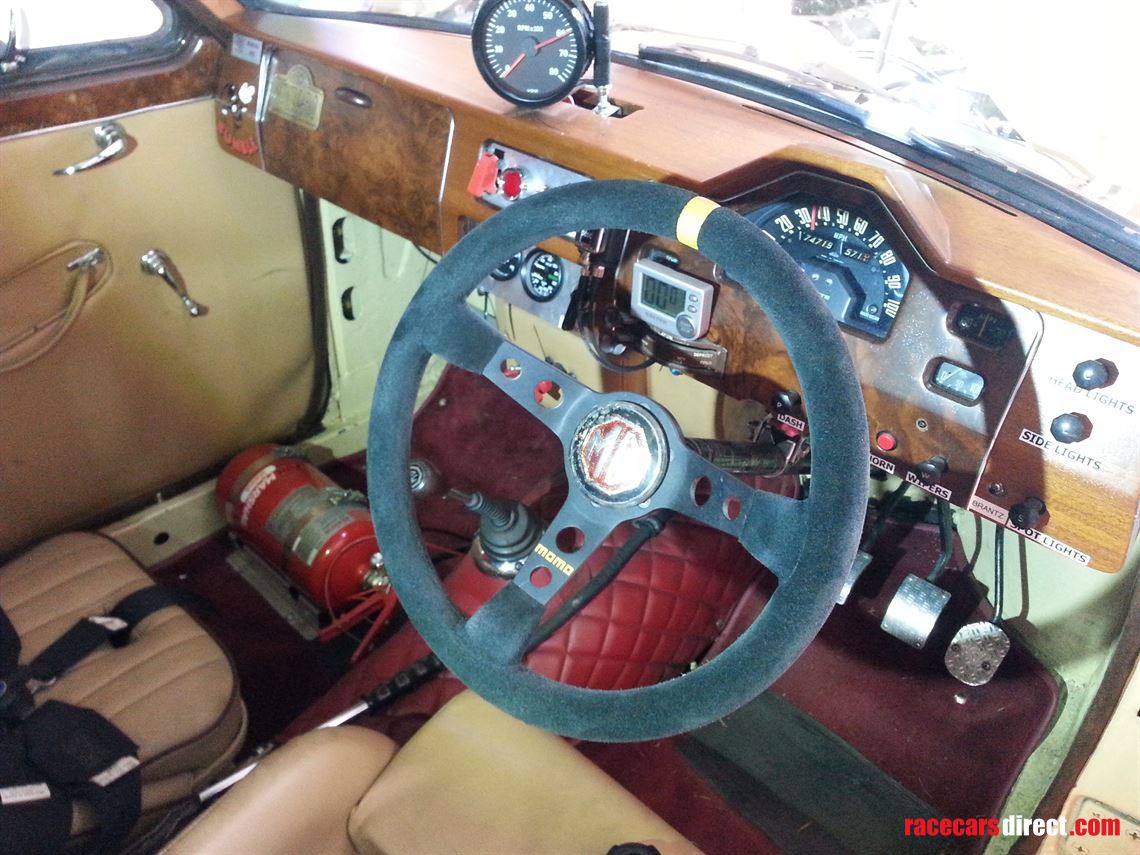 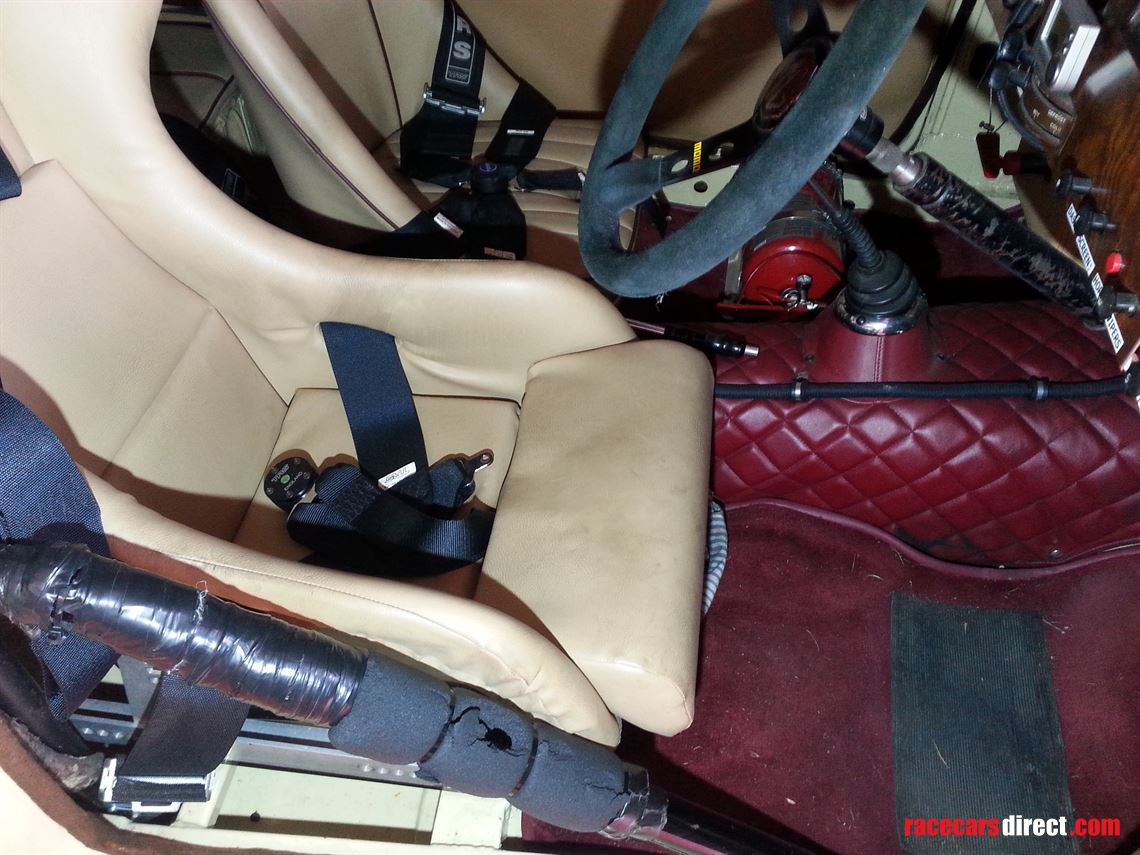 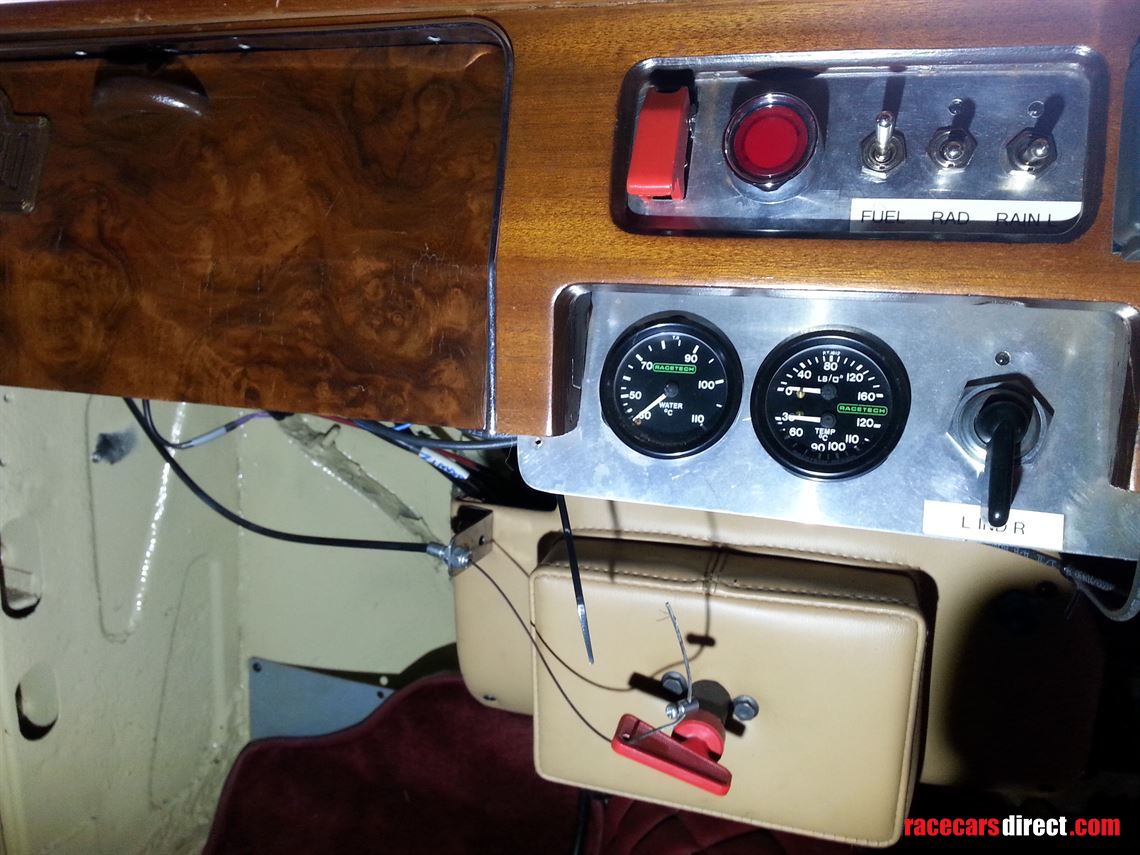 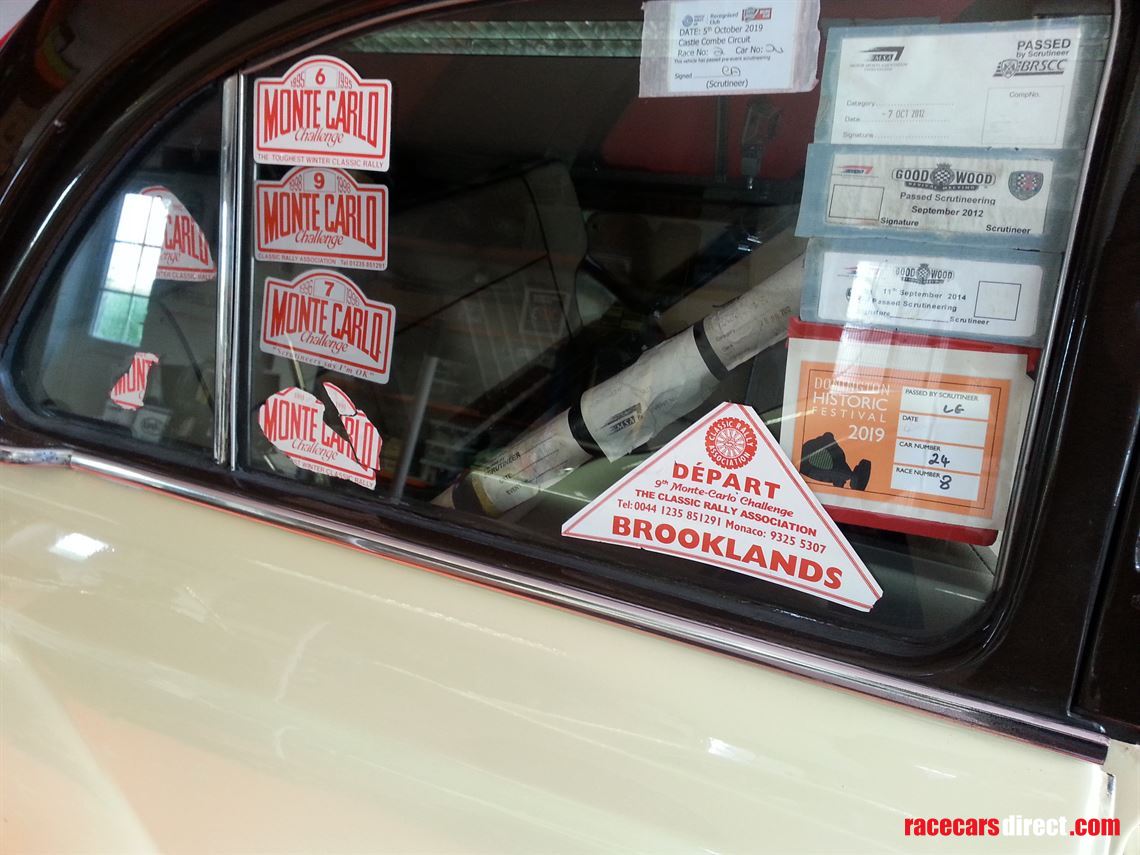 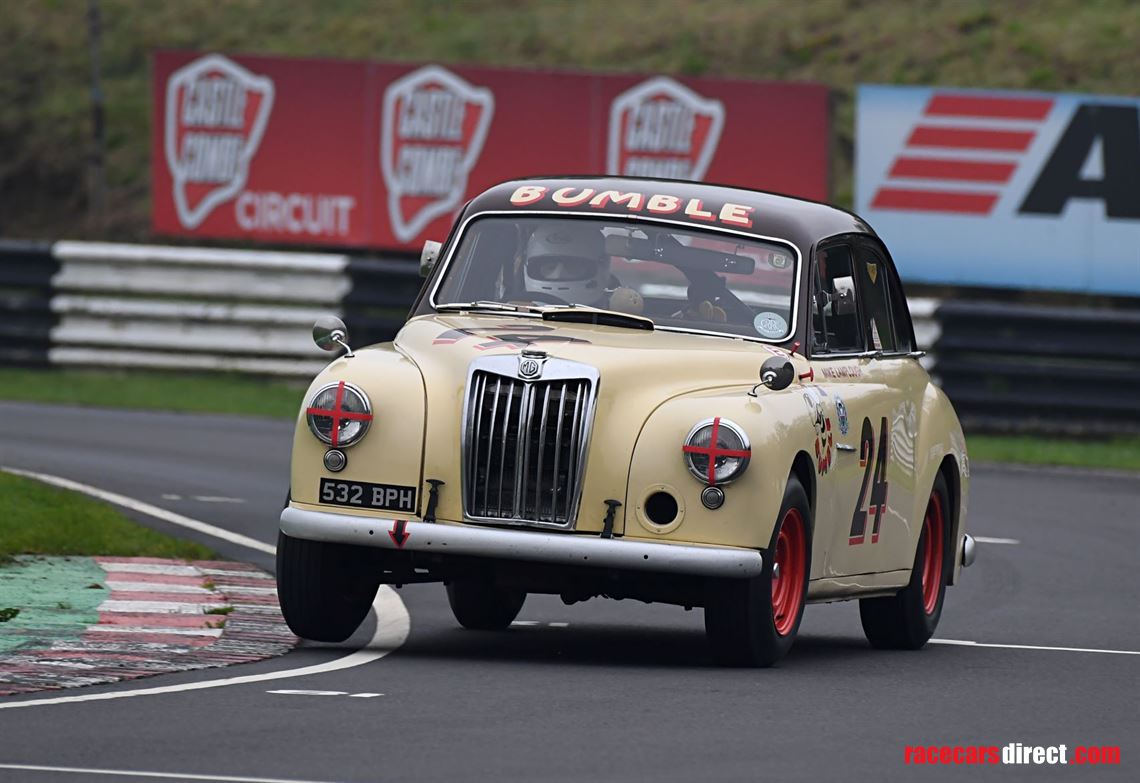 I have owned and raced this Magnette ZA, registered 532 BPH for the last few years’. It is one of just a few 50’s saloons on the circuit today that has a genuine racing heritage going back over nearly fifty years.

This is the original racing Magnette that was built by Roger Andreason, it was a chance acquisition, Roger had moved house in the early 70’s and the car had been left behind by the previous owner. Roger pondered as to what to do with his unexpected ownership before deciding to prepare it for the CSCC Pre-57 series, at that time most drivers drove their cars to the circuits, raced and all being well drove home. Roger christened this car “Emma” as an abbreviation of EMMA-GEE. This was the first car that Roger prepared in Cream-Cracker colours.

Following his success with Emma Roger build three other racing Magnettes, Bumble, that was raced by his wife Judy, (S)ambo and Mr Pip, these final two both being customer cars. 532 BPH and one other of the original four are still being raced.

Roger specialized in buying/selling and race preparation, his business went from strength to strength and included the purchase of Chevron. Over the course of his fifty years of wheeler-dealing racing cars Roger exchanged, purchased and sold 532 BPH on multiple occasions, he owned it four times. It spend some time in the custody of his oldest son as his road car and when it left Roger’s ownership for the final time it was as part of his divorce settlement to Judy.

As well as circuit racing Roger enjoyed historic rally driving, he used 532 BPH on a number of Monte Historics in the 90’s, his best result being 6th and his worst a crash resulting in a DNF.

Sadly Roger died in 2019, although I never met him I was fortunate to have exchanged emails with him and I’m very grateful that he was able to share so much history with me. I also felt somewhat privileged to hear, that despite the many high profile and high value cars to have passed through Roger’s hands, it was 532 BPH that was described as his favourite car.

Following Judy’s ownership the car went to a private collector in France, it came back to the UK in 2011 to be prepared for the HRDC series and was raced in the Revival, St Mary’s race, in 2012 and 2014. It changed hands again, benefitting from considerable spend, there are receipts for £20k+, but did not compete again until I purchased it in 2018.

In my ownership it has had a Peter Burgess engine rebuild, I have the dyno sheet. Beyond this my running costs over three seasons have been pretty modest and much as you would normally expect, brakes, tyres and a few running repairs.

This ZA is never going to be a race winning car, it is however competitive in its class (2nd last time out) and there are always similar cars to have a tussle with. It attracts a lot of spectator interest and always a popular car in the paddock. It is not a difficult car to drive and I would recommend it as an ideal choice for someone taking their first step into historic saloons. I have listed it for sale with a heavy heart however having recently acquired a third classic race car I know that I’m no longer going to be able to give it the regularity of outings that it deserves.

This car has a V5 and, race tyres aside, would be road legal. There is an extensive history file to go with the car (including old FIA papers), a few spares, two spare wheels with brand new “L”s fitted and a couple on Monte Rally plates, one having been signed by Roger.  I would be happy to deliver the car to the new owner, free of charge within a reasonable distance. It is on the button and ready to go. (The new owner will need to fit their own transponder.)

Give me a call to discuss. If not sold in the meantime I’m likely to enter it for the HRDC race at Combe on the August Bank Holiday.

Great condition. We recently changed the tyres and it is ready to use. comes with extra battery.