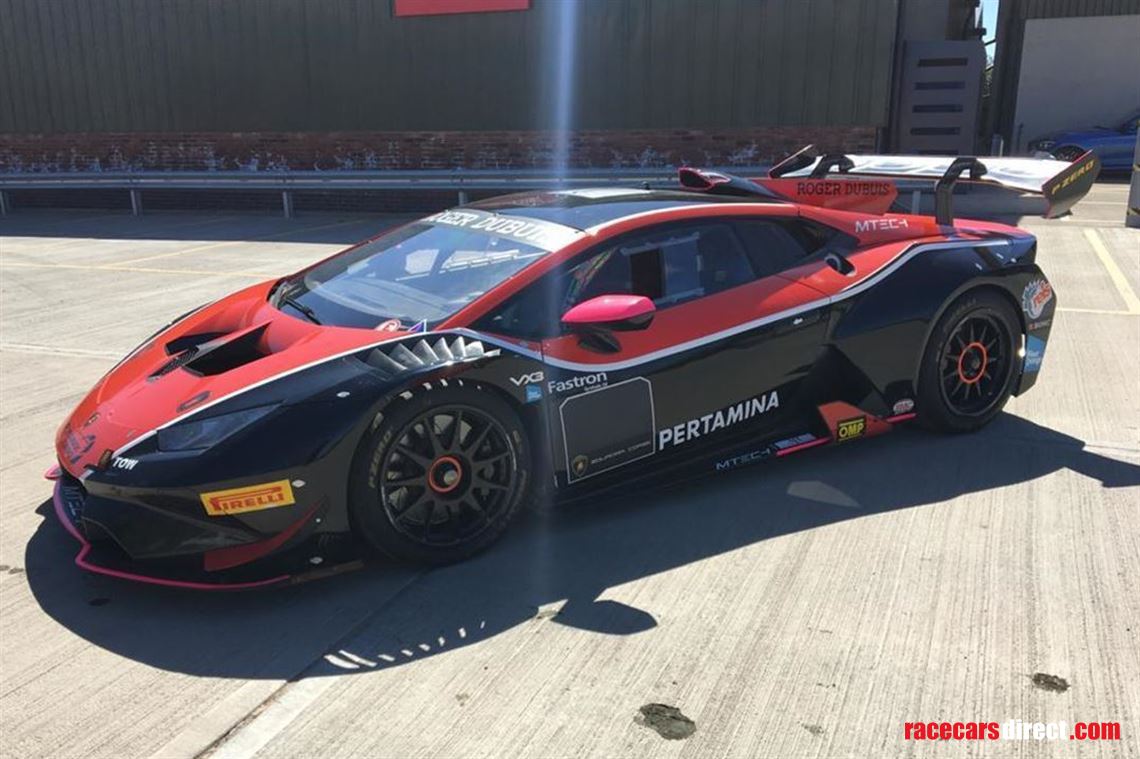 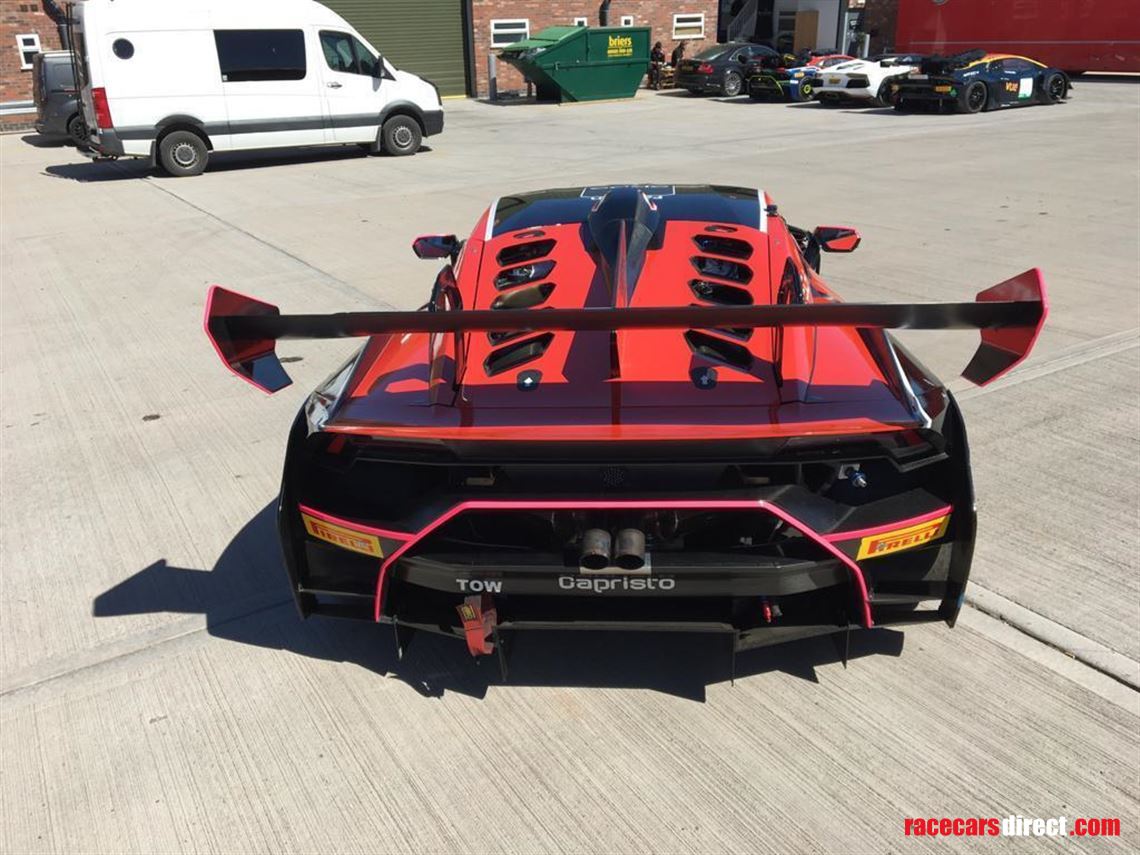 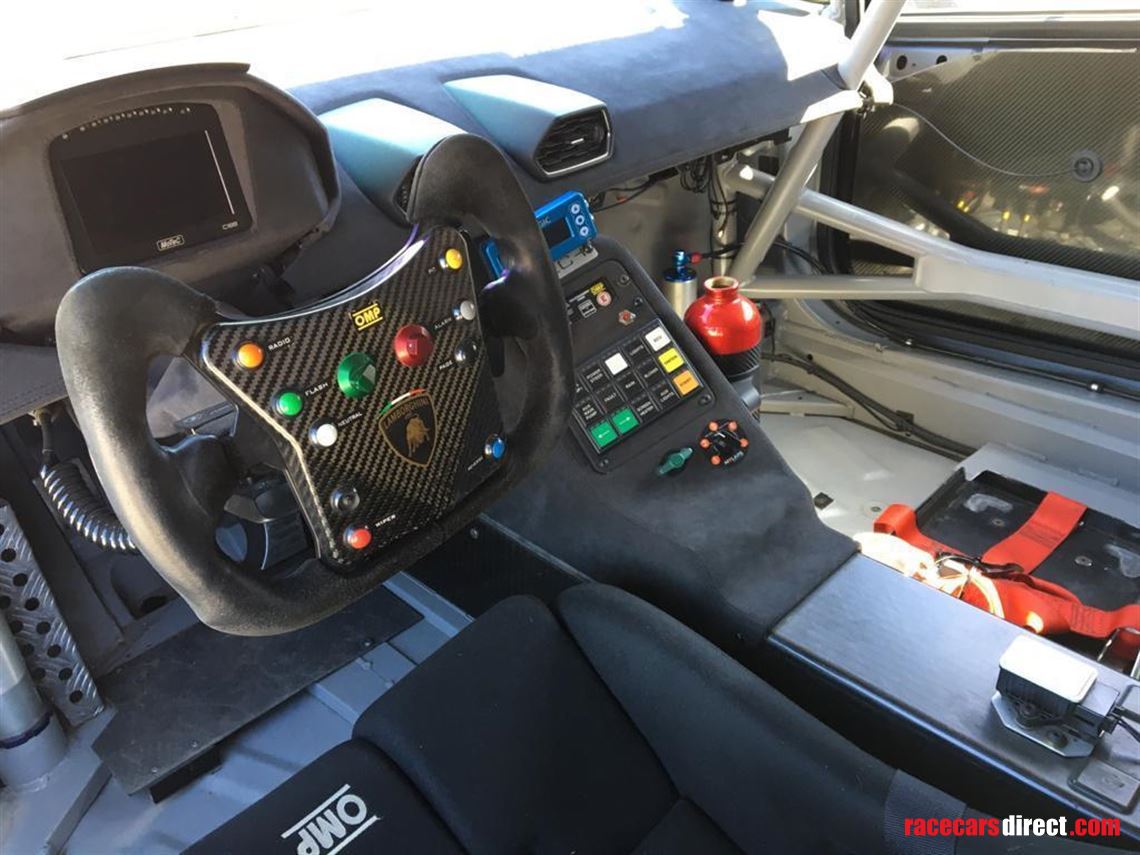 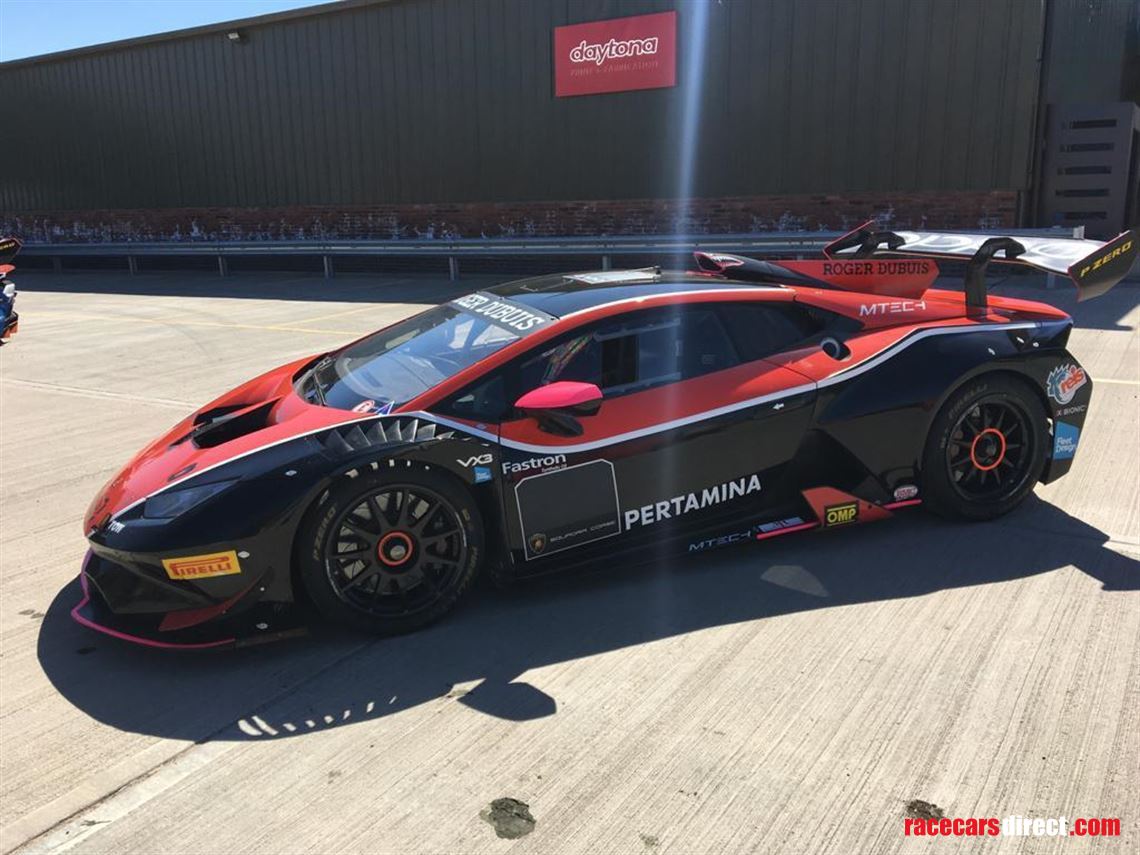 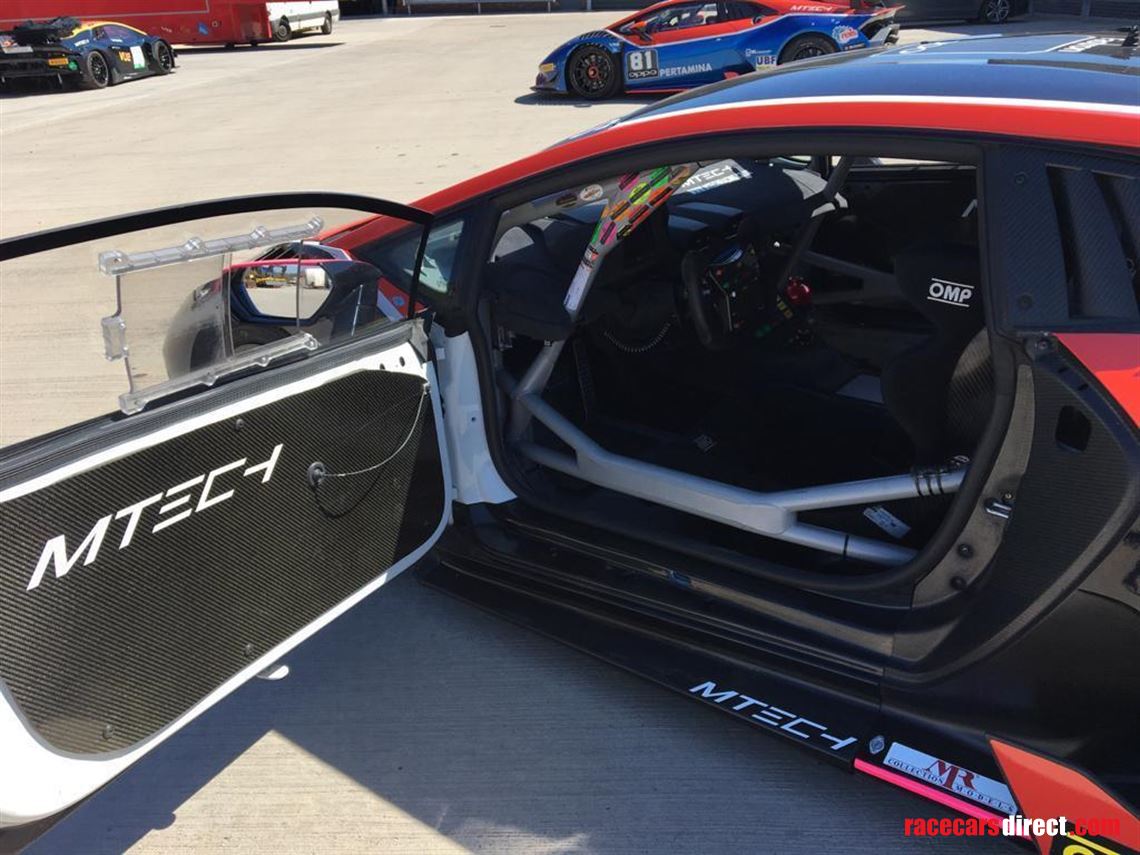 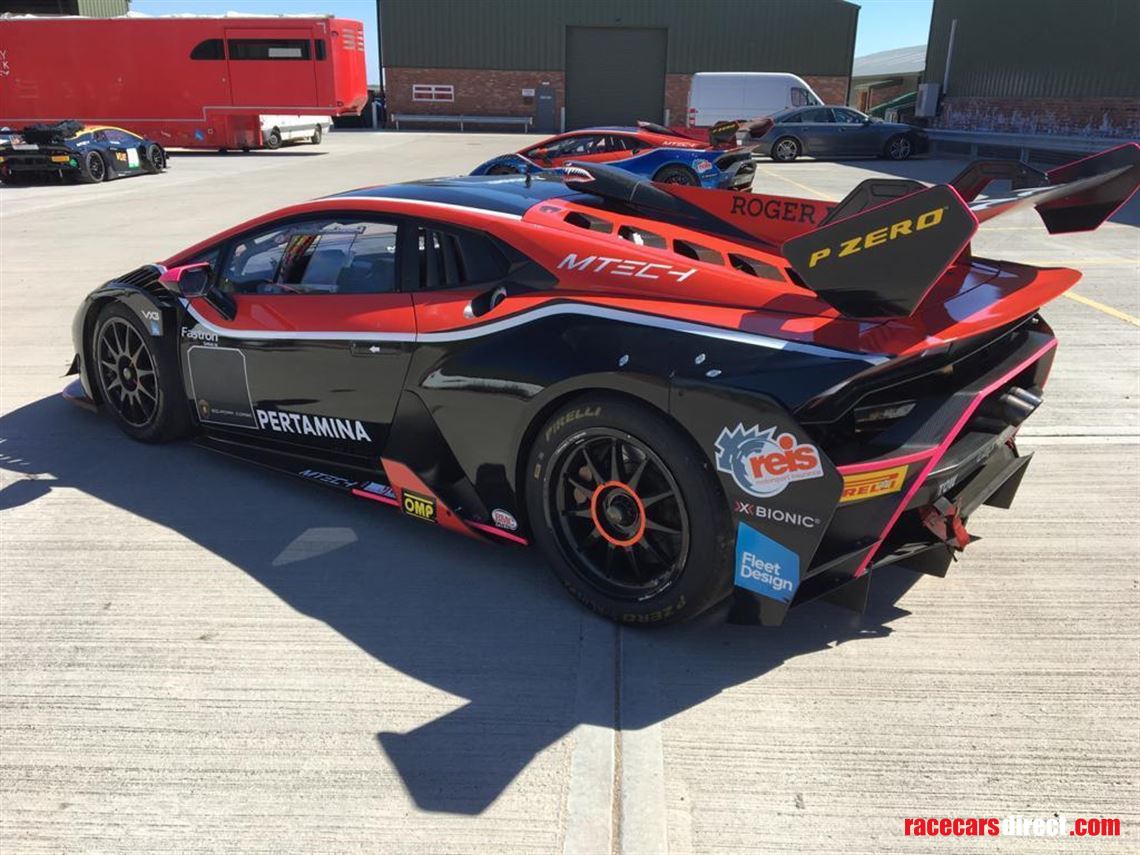 As a world renowned racing series, the Lamborghini Super Trofeo plays host to the firm’s longest running series which returned the Raging Bull to the track in 2009. The international event sees privately funded drivers, known to Lamborghini as ‘Gentlemen Drivers’, pitted against one another in international heats spanning North America, Europe, Middle East and Asia taking in the world’s most formidable circuits. The final culmination of these heats rests at Imola, a circuit veneered in racing heroism. A fully re-engineered version of the 2009 Gallardo was the platform for the inaugural race series, with its success resulting in four further iterations of Automobili Lamborghini’s race engineered offerings. Since then the series has gone from strength to strength, with Sant’Agata moving to the all new Huracán platform in the form of the LP-620 2 Super Trofeo for the 2015 season, with the Huracán Super Trofeo Evo being the updated silhouette for the 2018 season and beyond.

The car on offer here is a 2015 Huracán LP-620 2 Super Trofeo, which features the marques highly regarded and well proven 5.2-litre V10. A 45% increase in torsional rigidity over the outgoing Gallardo LP-570 4 Super Trofeo was made possible thanks to the use of a hybrid carbon and aluminium structure. Successful studies in composite materials were achieved thanks to a particularly fruitful partnership with Dallara Engineering to ensure absolute precision. These resources combined led to a 70 kilogram weight reduction over the outgoing Gallardo Super Trofeo, with power increasing from 560 horsepower to 620 horsepower. Production for the first generation ceased at just 180 units with this example being one of them. Perhaps the most effortlessly cool point, however, is that the Super Trofeo was built on the same production line as the road-going version of the Huracán.

2018 saw the Huracán recipe honed further, with the introduction of the Evo update. Whilst the car offered here is a 2015 model, the Evo package has in fact been fitted and at phenomenal cost. Most notable are the finessed aerodynamics, which offer visual cues by way of the rear fin that is attached to a new upper air intake. A further 3% of torque at maximum velocity is made available thanks to the supercharging of air through this innovative and finely engineered tweak. A new exhaust system, revised hydraulic power steering pump and updated software for the traction control and anti-lock braking system complete the additions to the Evo package. Testing took place at Monza, just outside of Milan, and proved these enviable engineering achievements with a 1.5 second reduction on lap times over the 2015 model.

Chassis number 2080 is presented with 15,858 kilometres on the engine with just 1,000 kilometres on the gearbox. A full four sets of wheels are also included in the sale along with some additions to the interior of the car resulting in a fully race prepared vehicle with its sights firmly set on the next podium finish.

Having originally indulged in the European segment of the Super Trofeo, chassis 2080 in its current guise was sponsored by Fermax during the 2019 GT Cup race season and driven by Jordan Billinton of ME7 Global. The car has enjoyed podiums for every one of its GT Cup appearances, adding some well placed kudos to an already beguiling machine. During the 2017 Super Trofeo it’s owner placed third at the grand final in Imola having competed internationally.