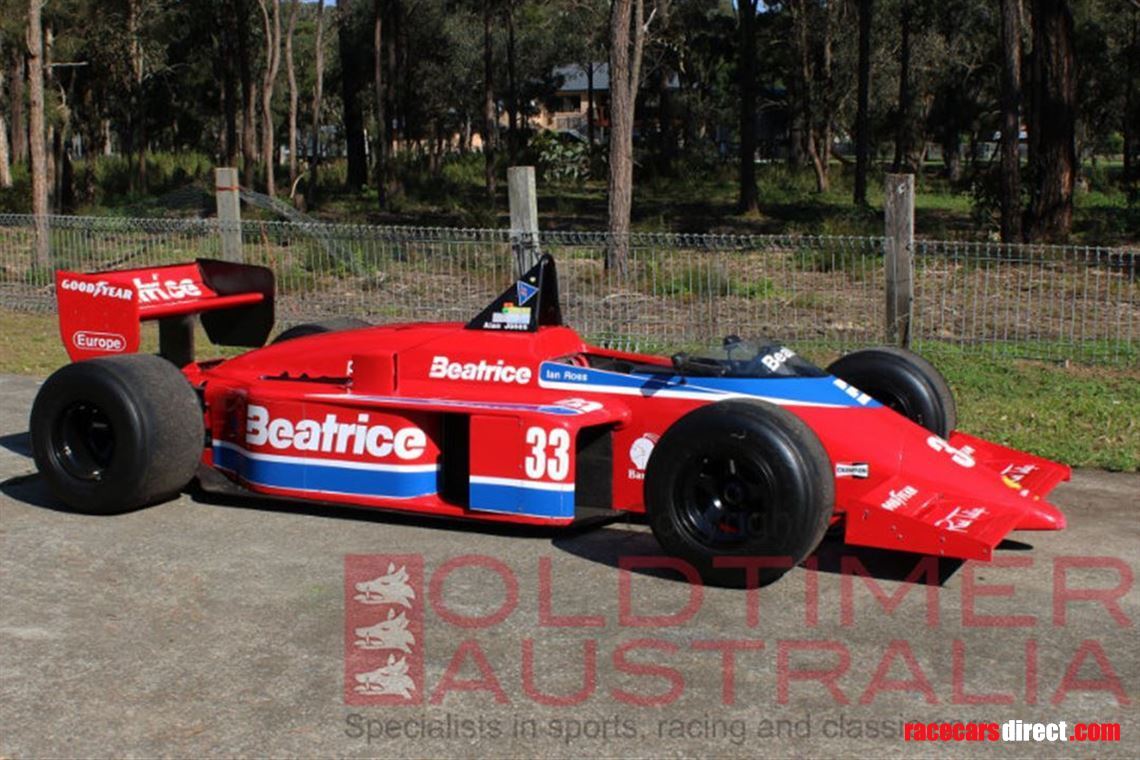 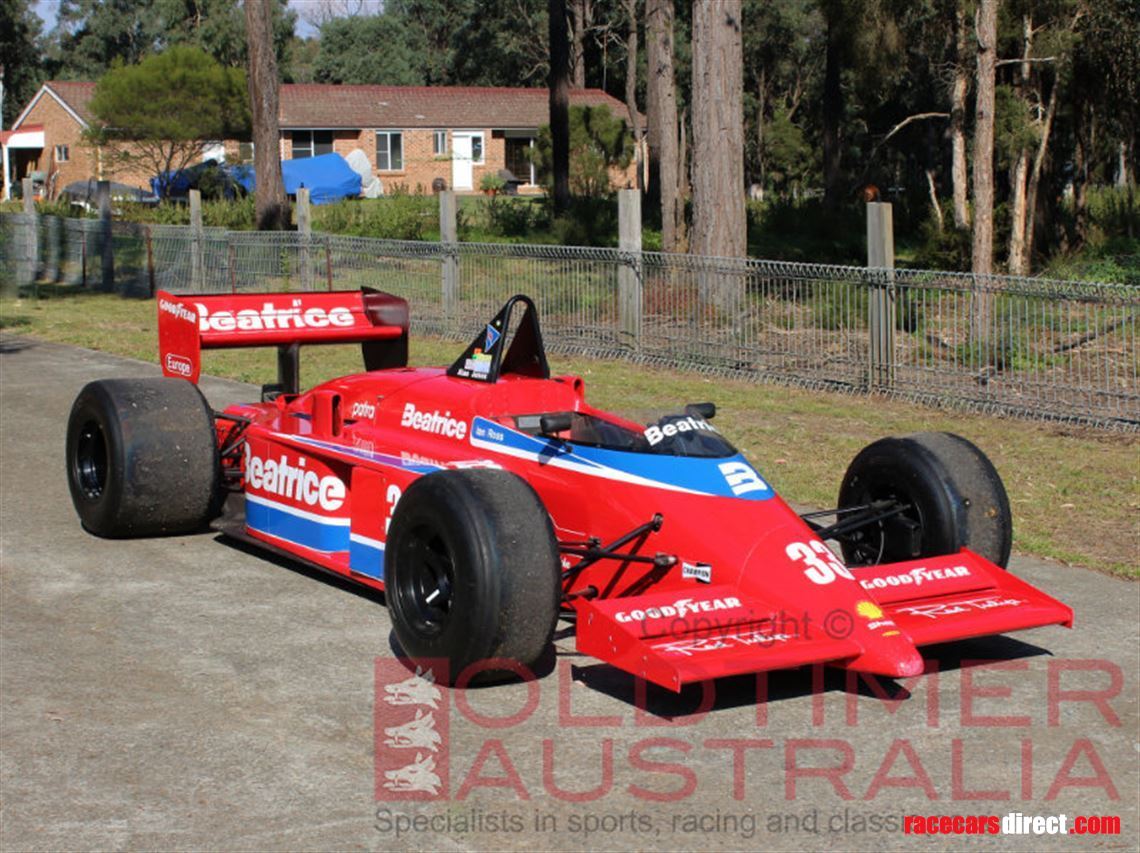 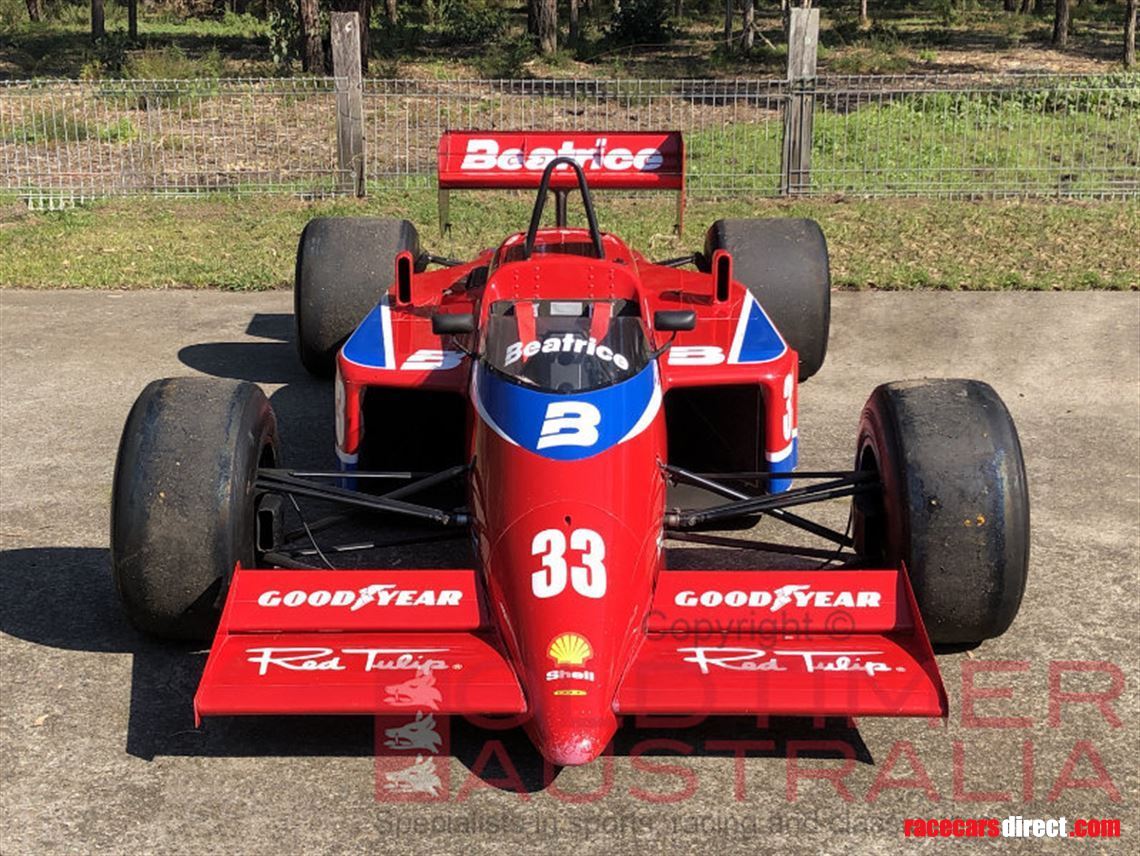 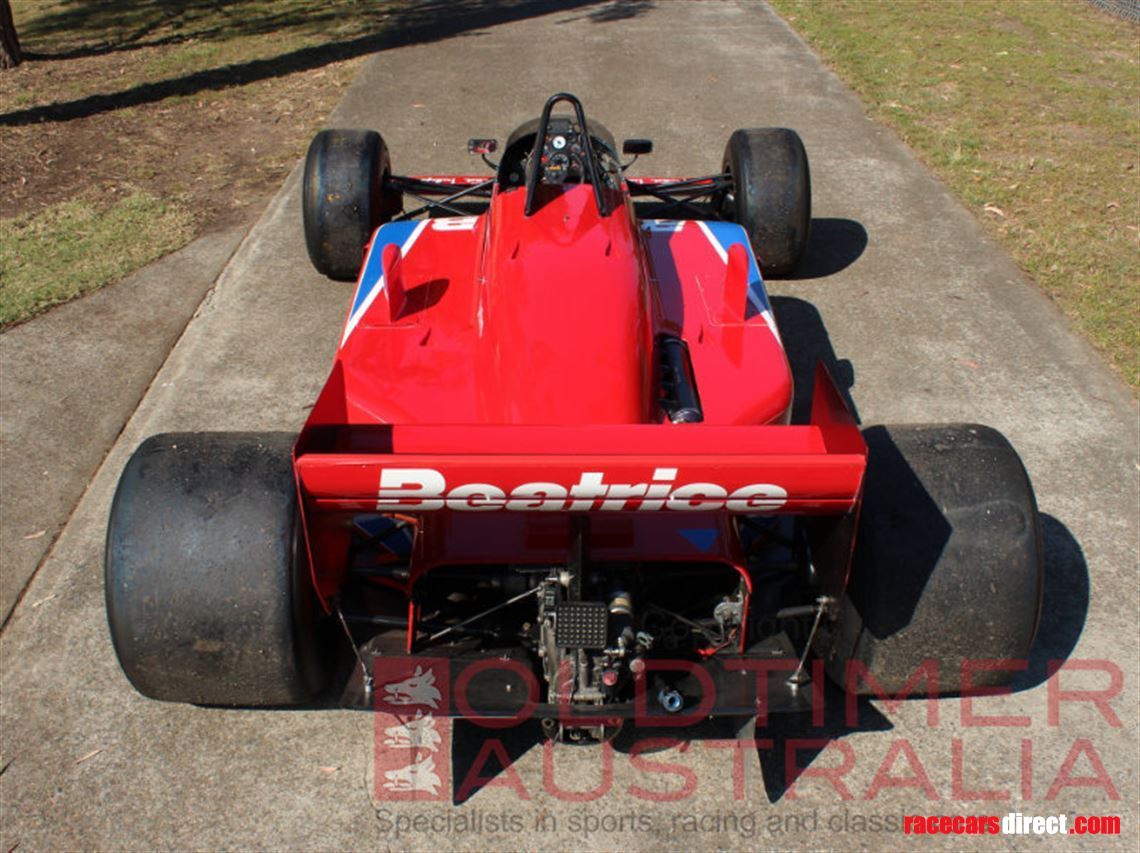 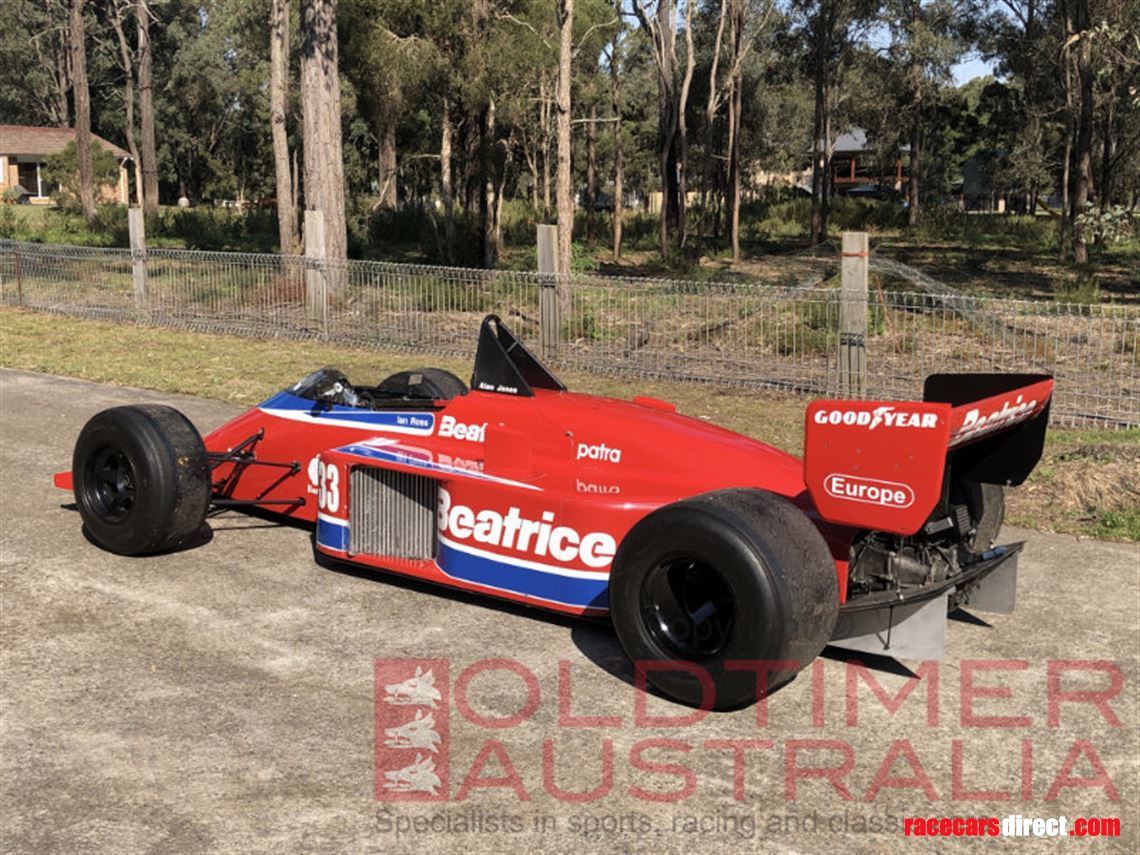 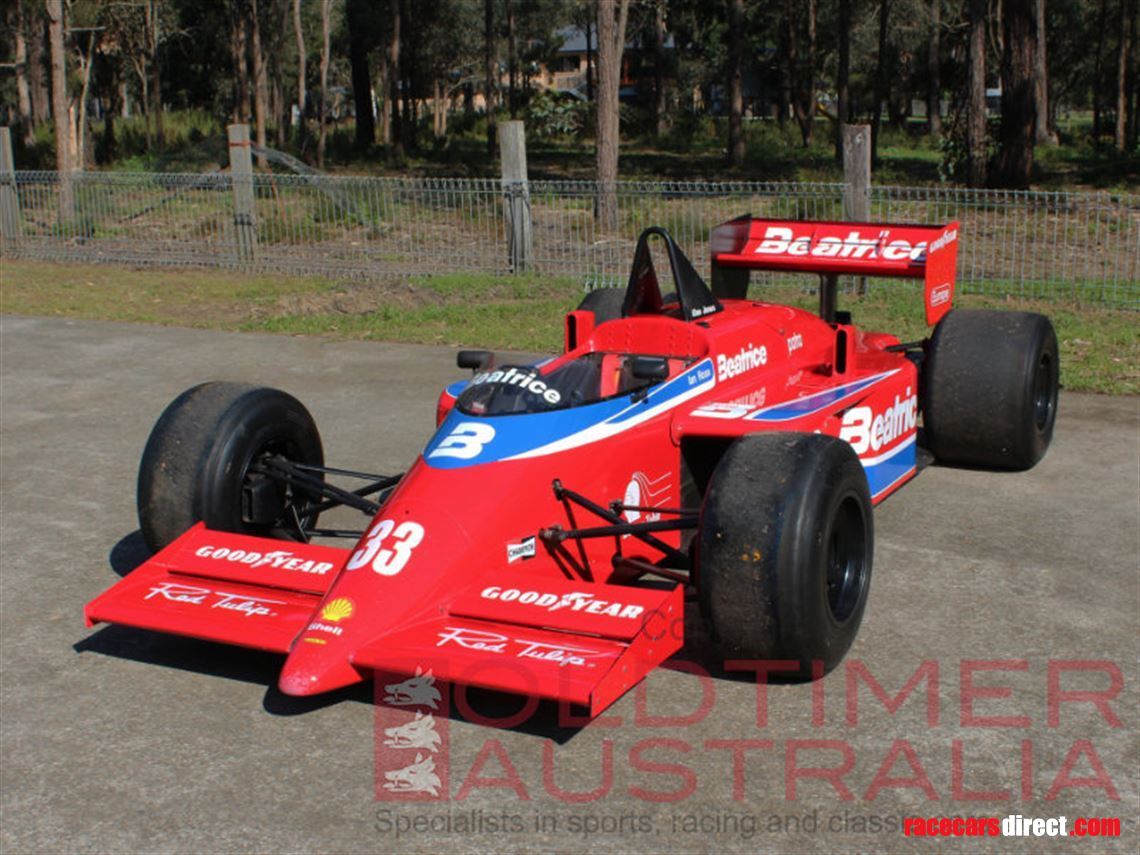 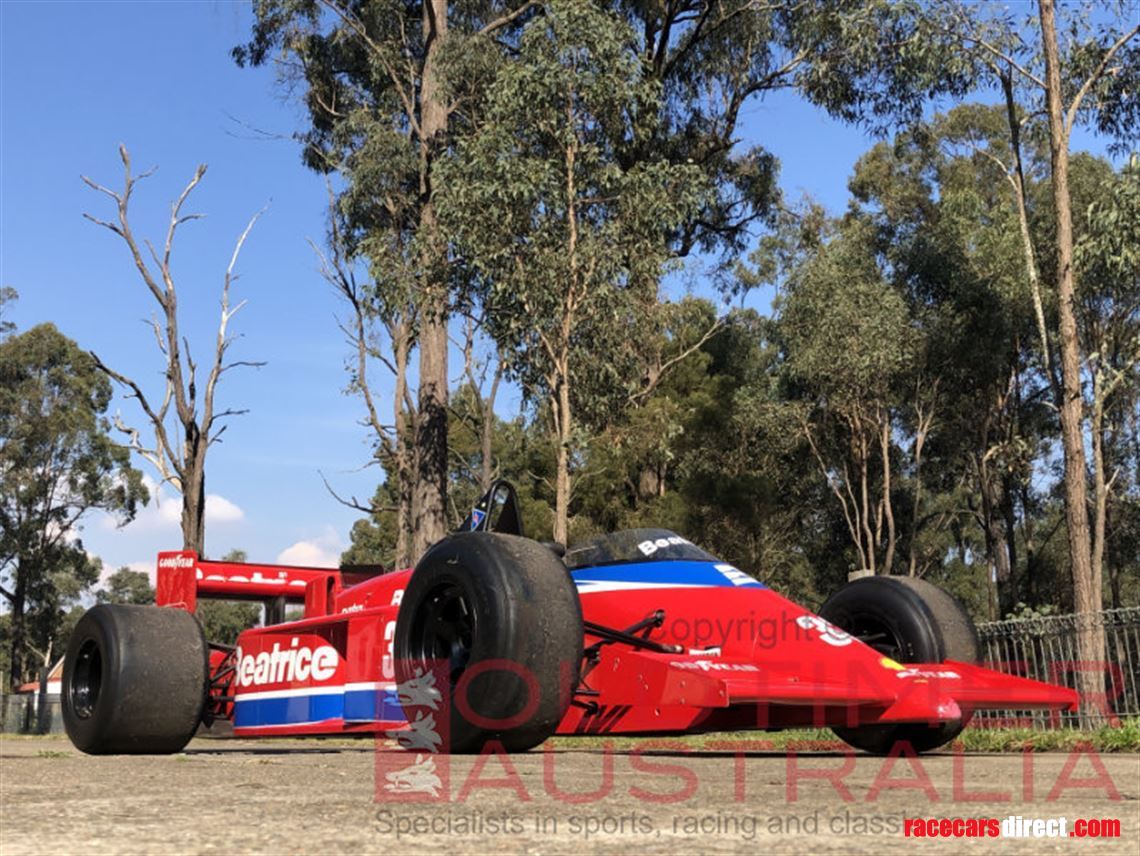 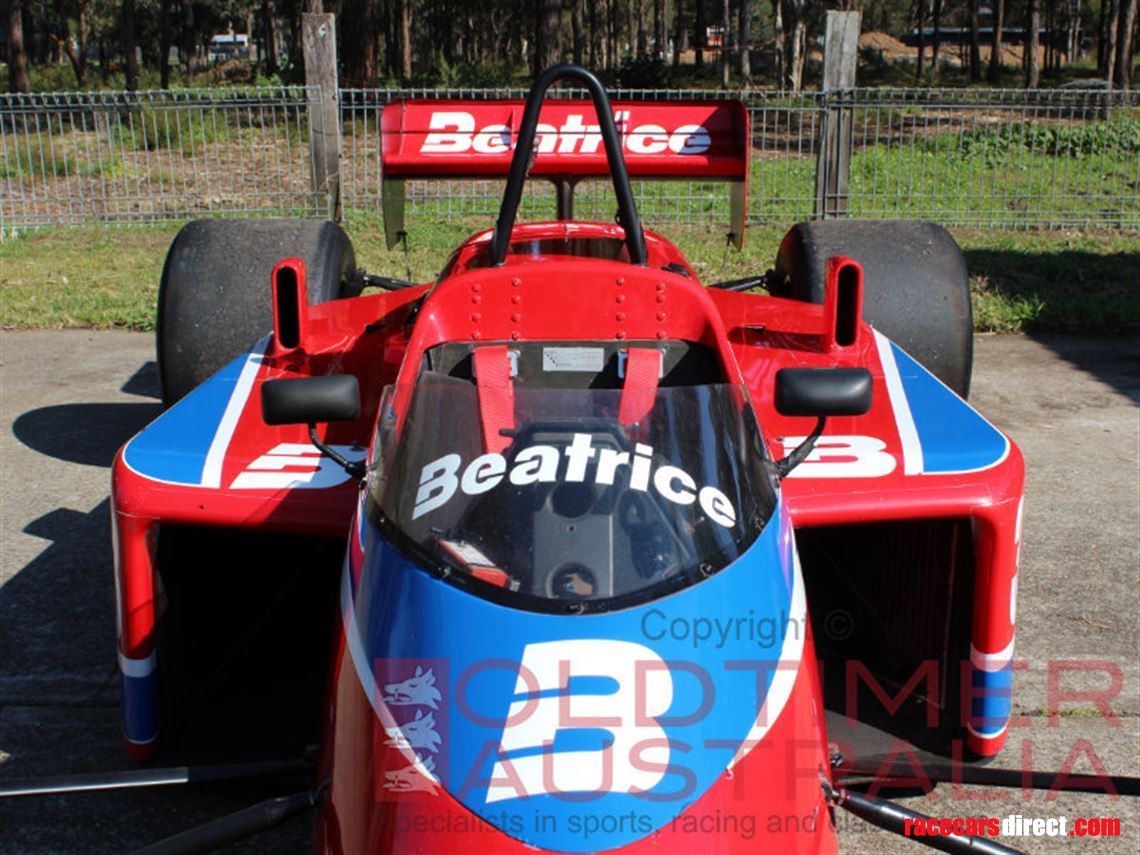 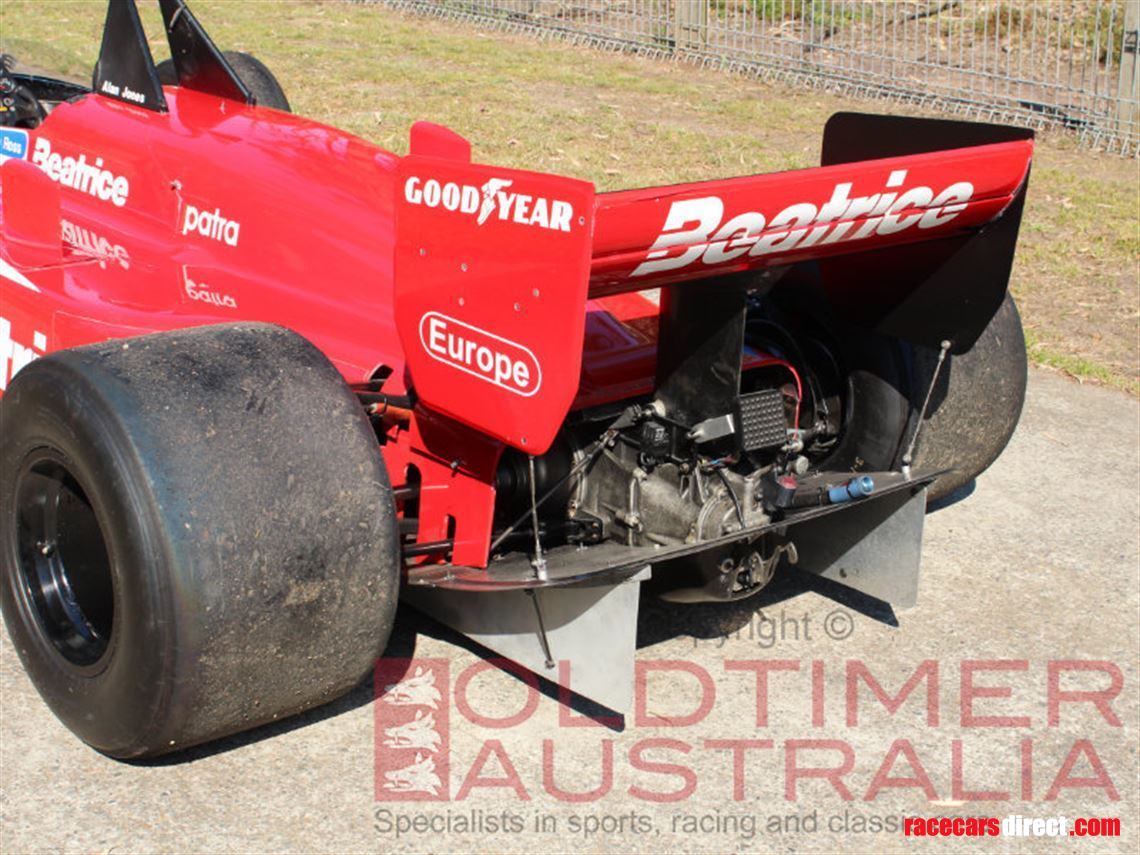 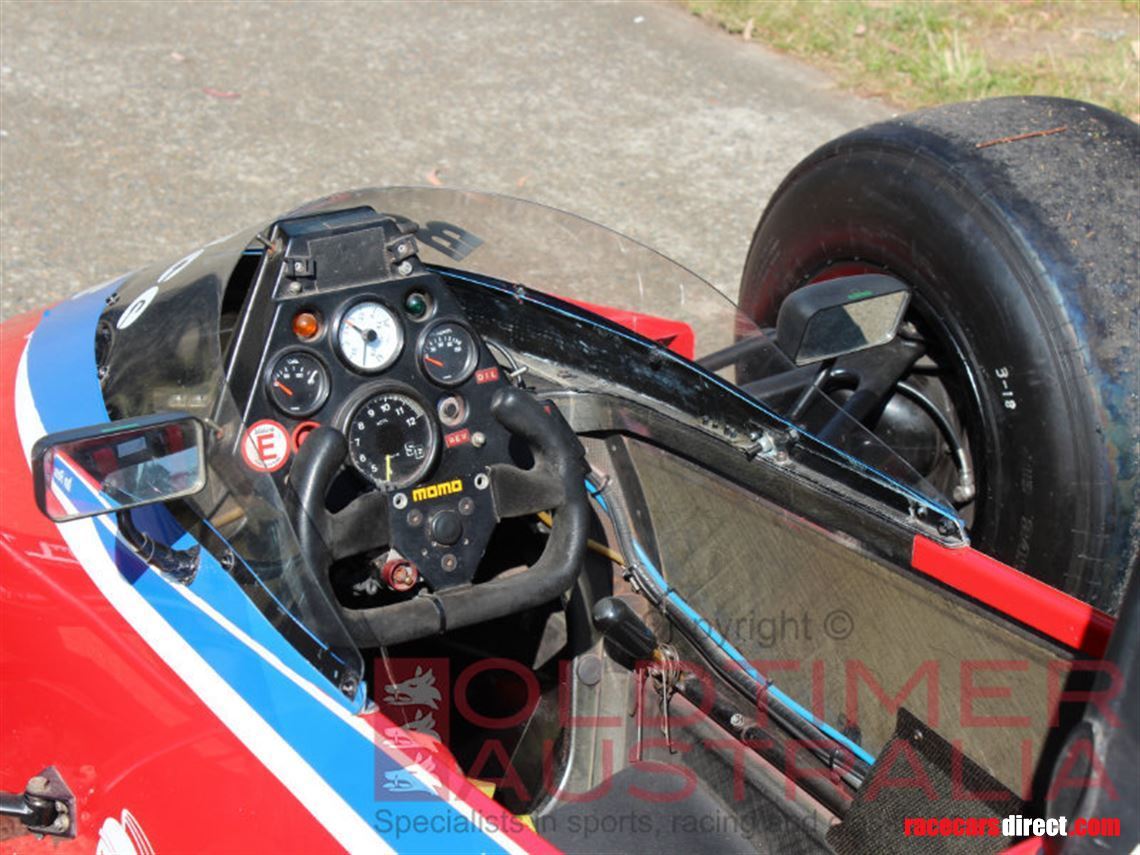 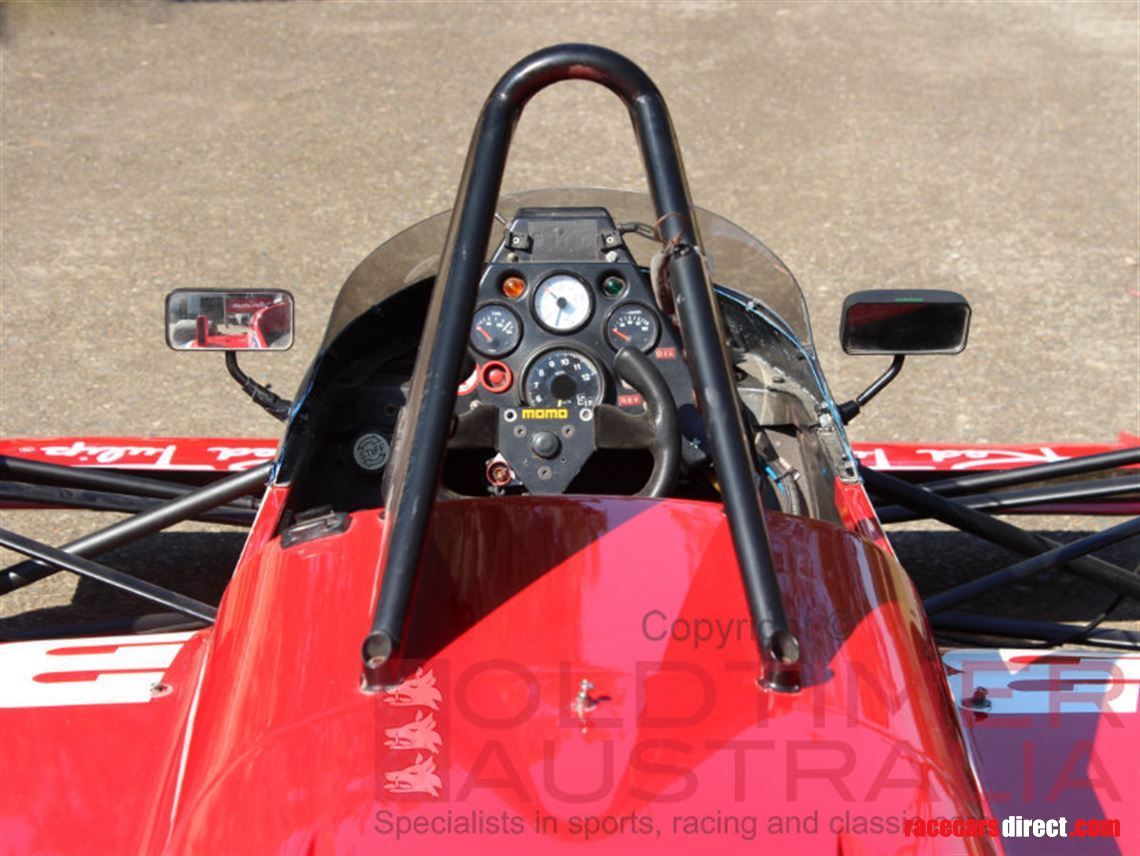 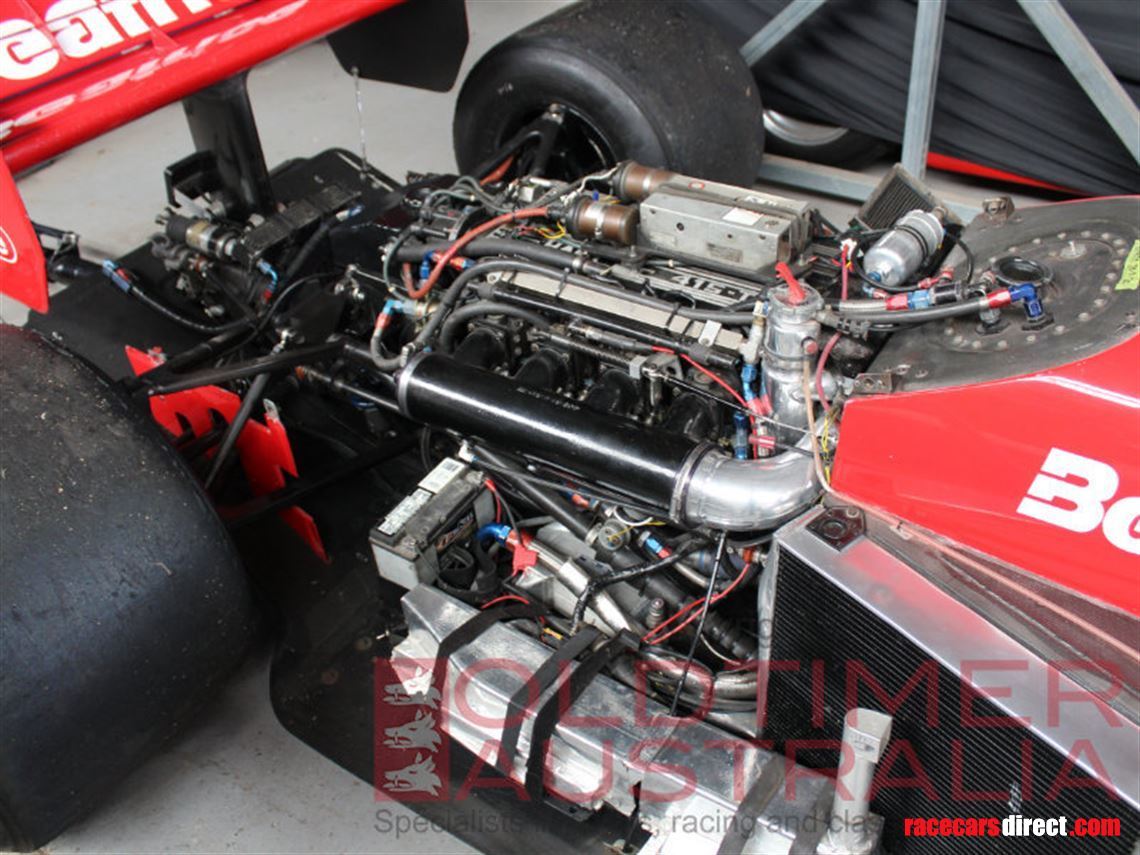 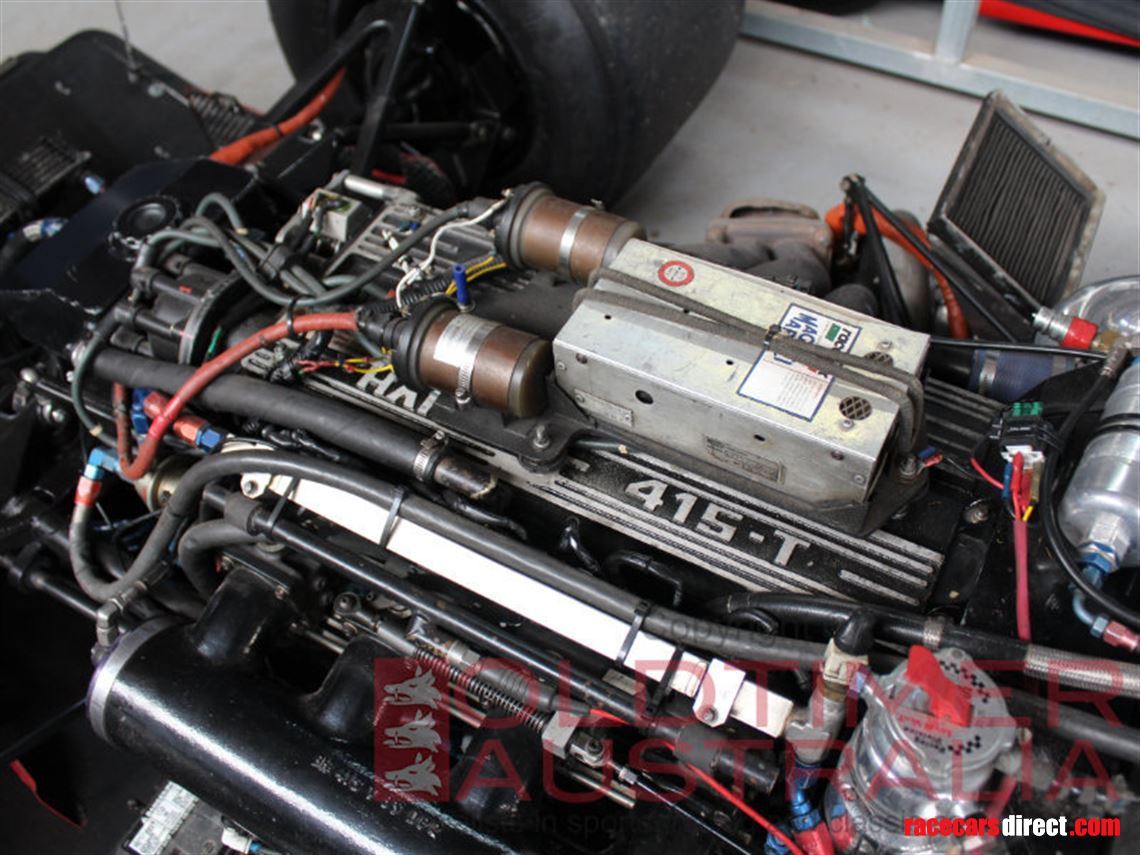 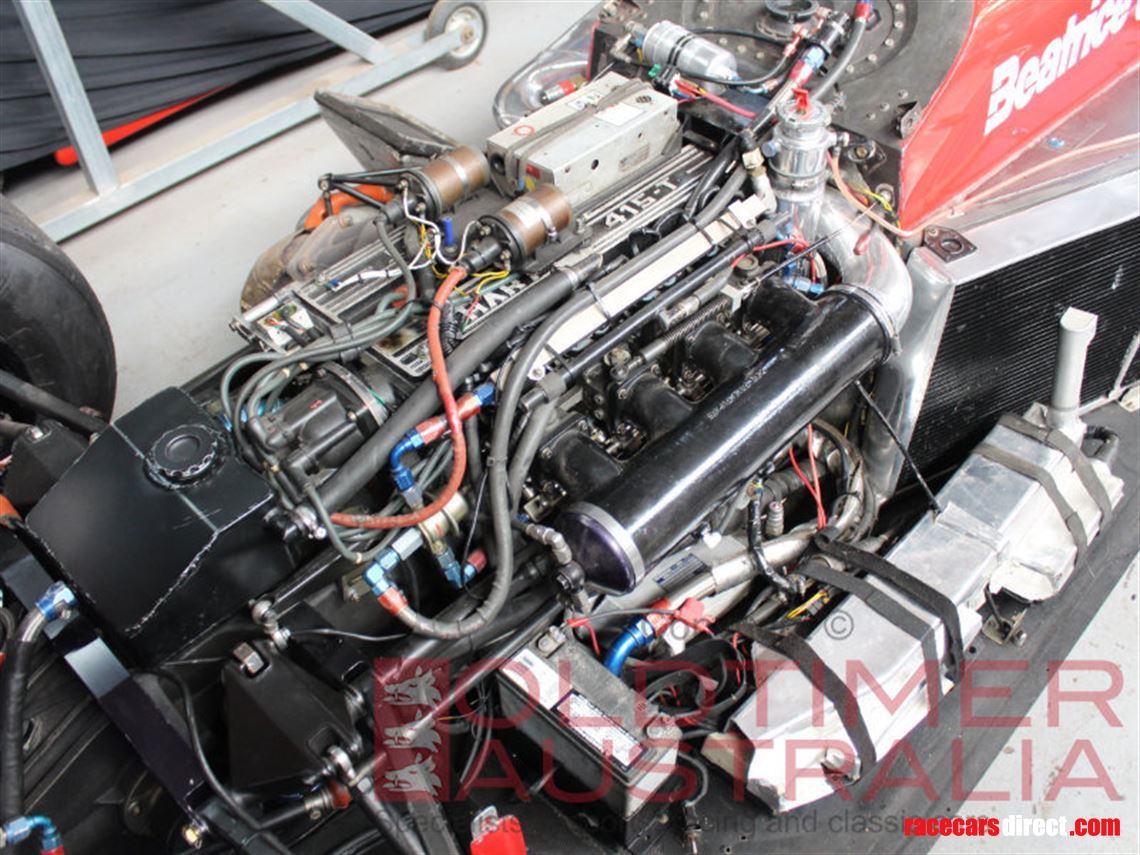 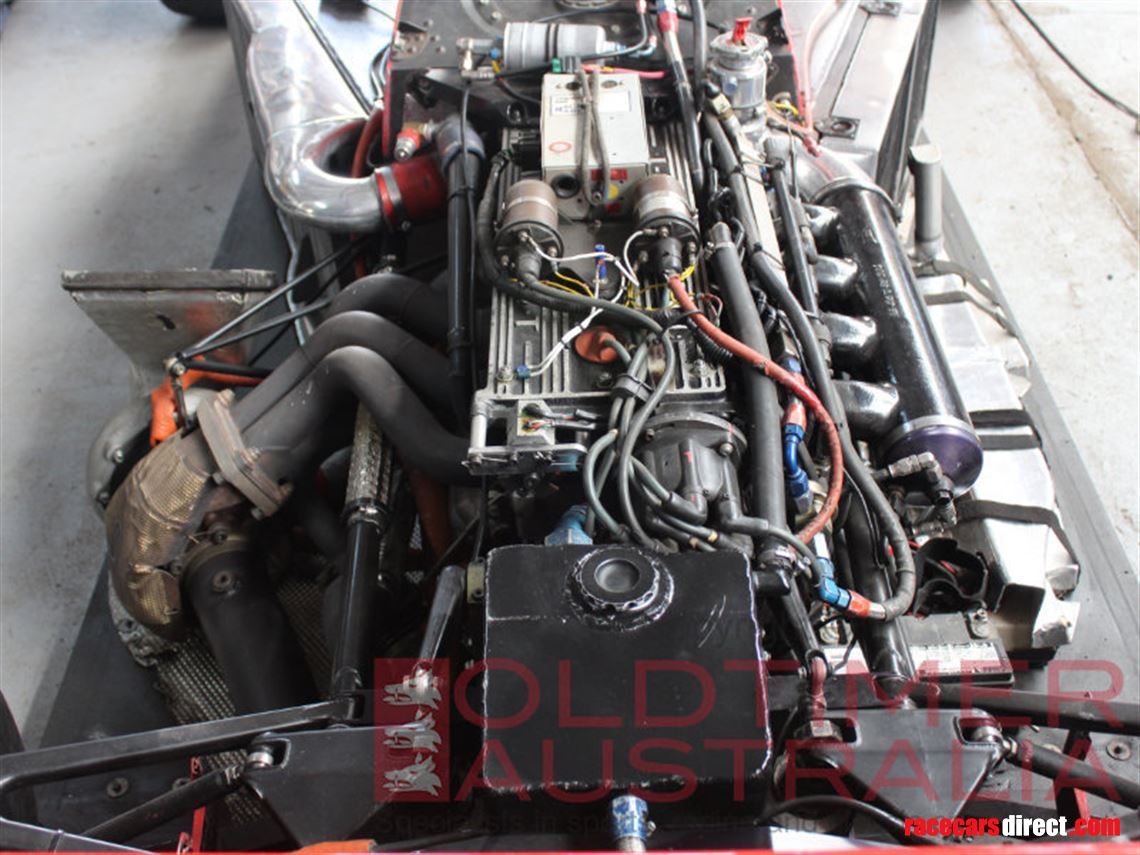 Established in 1958, Lola Cars International Ltd was a British race car engineering company founded by Eric Broadley in Huntingdon, Cambridgeshire in England. Eric was arguably one of the most influential automobile designers of the post-war period. Lola cars started by building small, front-engined sports cars but later branched out into Formula Junior, Formula 3, Formula 2 and Formula 1. Lola also raced with great success in CanAm and Indy car racing.

In the 1960’s Eric Broadley designed the Ford V8 powered Lola Mk6 Coupe. Ford took a keen interest in the car and ended up paying Broadley to put his company on hold for two years so they could merge his ideas with theirs. This relationship ultimately lead to the Ford GT40, arguably one of the most significant GT ever built.  The partnership between Broadley and Ford didn’t last and Broadley started developing his own sports cars again, the first being the Lola T70 which was raced with great success all over the world.

Throughout the 1970s Lola continued to build various Group 5 and Group 6 cars and when the CanAm series was revived in the late 1970s Lolas dominated.

For many years Lola resisted building a works Formula 1 car. They did, however, construct cars on behalf of others. Lola made its first appearance in Formula 1 when it supplied the Bowmaker-Yeoman Racing team with the Lola Mk4 Formula 1 car. The team, with drivers John Surtees and Roy Salvadori, scored points on a regular basis. In fact, John Surtees managed to claim pole position in his Lola in its first World Championship race, the 1962 Dutch Grand Prix. However, they never achieved any wins with the car. Unfortunately, the main sponsor withdrew before the 1963 season started. Lola cars were still run as private entries but they were never really competitive and at the end of the 1963 season Lola withdrew from the sport.

In 1967 Lola returned to Formula 1, this time assisting Honda Racing and John Surtees with the design of their new car. Their original design from Honda turned out to be overweight and instead a 1966 Lola Indianapolis monocoque (Lola T90) was used as the basis for the new racing car, the Honda RA300 or Lola T130. The car achieved some success winning the 1967 Italian Grand Prix, however, Honda’s relationship with Lola was short lived. Honda left Formula 1 in 1968 which also spelled the end for Lola in the short term.

Lola was enticed back into Formula 1 in 1974. Two time world champion Graham Hill, with the backing of the Embassy cigarettes, commissioned Lola to build the Embassy Hill Formula 1 team a new car. Unfortunately, the Lola T370 proved to be very uncompetitive and it scored only one point at the Swedish Grand Prix during the 1974 season.

Lola was absent from Formula 1 for a decade and made a return in 1985 when it built a car for the Beatrice Foods backed team run by Carl Haas. The team had significant financial backing and promised plenty, luring 1980 Formula 1 World Champion Alan Jones out of retirement as their driver.  The plan was to use a Ford-Cosworth power plant, however, that did not materialise and in 1985 the cars were powered by a Hart 415T (four cylinder 1.5 litre turbo charged) engine. The Lola-Hart THL1 (Beatrice Lola) competed in 4 of the last 5 races of the 1985 season.

The first season was very much a development year and Jones debuted the car at the 1985 Italian Grand Prix in Monza on the 8th of September. This was the 12th race of the season. He started in 25th place on the grid and retired after only 6 laps due to overheating problems. The car was not allowed to run the next race in Belgium as it had been rescheduled from earlier in the year and Team Haas was not on the original entry list. Next on the Grand Prix calendar was the European Grand Prix held at Brands Hatch on the 6th of October. Jones qualified in 22nd place but like Monza he had to retire the car with overheating problems after completing 13 laps. The Grand Prix circus then headed to Africa for the South African Grand Prix on the 19th October. Jones qualified 18th but it has to be said that quite a few teams boycotted this race because of the political climate in South Africa at the time.  Jones never started the race due to illness.

The last race of the 1985 season was a homecoming for Alan Jones and the first ever Australian Grand Prix run as part of the FIA world championship. The event was run in Adelaide on 3 November 1985. It was the 50th running of the Australian Grand Prix and the first to be held on the streets of Adelaide on a layout specifically designed for the debut of the World Championship in Australia. It was here that Jones showed the potential of the car. He qualified 19th but then unfortunately stalled the car at the start. After a push start, the then 39 year ‘boy racer’ showed that he still had what it took to competitively race in Formula 1. Even though he started about a quarter of a lap behind, he fought his way back through the field and incredibly by lap 20 he was in 6th place. That’s as far as Jones got and unfortunately electrical issues forced him to retire the car.

The Australian Grand Prix was supposed to be the last race for the Lola-Hart THL1 (Beatrice Lola), however, delays with the development of its successor (the THL2) meant the car was still used for the first two races of the 1986 season. Frenchman Patrick Tambay joined Alan Jones at Team Hass and the expectations were high. The first race of the season was the Brazilian Grand Prix. Jones qualified 19th but retired on lap 5 with fuel injection issues. The second race of the season, the Spanish Grand Prix, saw Jones qualify in 17th position. Unfortunately, a collision with Jonathan Palmer in his Zakspeed at the first corner saw the car being retired. The Spanish Grand Prix became the final Grand Prix for Alan Jones’ Lola-Hart THL1 (Beatrice Lola). Patrick Tambay also retired in Brazil, however, he had a great race in Spain ultimately finishing in 8th place. Whilst Jones raced the new THL2 in San Marino, Tambay continued with the THL1 and managed to qualify his car towards the front of the grid in a respectable 11th place. Tambay’s race wasn’t as successful, retiring the car with engine trouble after 5 laps.

After retiring from active motor racing, Alan Jones’ Lola-Hart THL1 (Beatrice Lola) was acquired by the Monteverdi Auto Museum Collection in Basel, Switzerland in 1987 where it remained for the next 10 years.

The current owner acquired the car in 2004 and imported it into Australia. There is an import approval on file dated 27th January 2004 and a CAMS logbook was issued on the 14th December 2005. This documents the car has been run at a variety of race tracks in Australia over the next 15 years, but most frequently at Eastern Creek and Philip Island. It was last raced at Philip Island on the 20th March 2020.

The current owner has now decided to sell the car and give its next custodian the opportunity to enjoy the ownership of a genuine Formula 1 race car. He is a true enthusiast and has committed to a full handover to its new owner.

This era of Formula 1 car is just about the last that can be run without a fully blown support team. At the time of photographing the car the engine was started and you can hear it run in the video below.

1980’s Formula 1 cars are rare in Australia and the opportunity to own the ex Alan Jones Lola-Hart THL1 (Beatrice Lola) presents a unique opportunity.

All of the original Lola tooling for LMP1 and LMP2 cars up to 2013. Available for sale or lease.

Race Ready for the HSCC FF2000 2021 season with recently refreshed engine and gearbox.